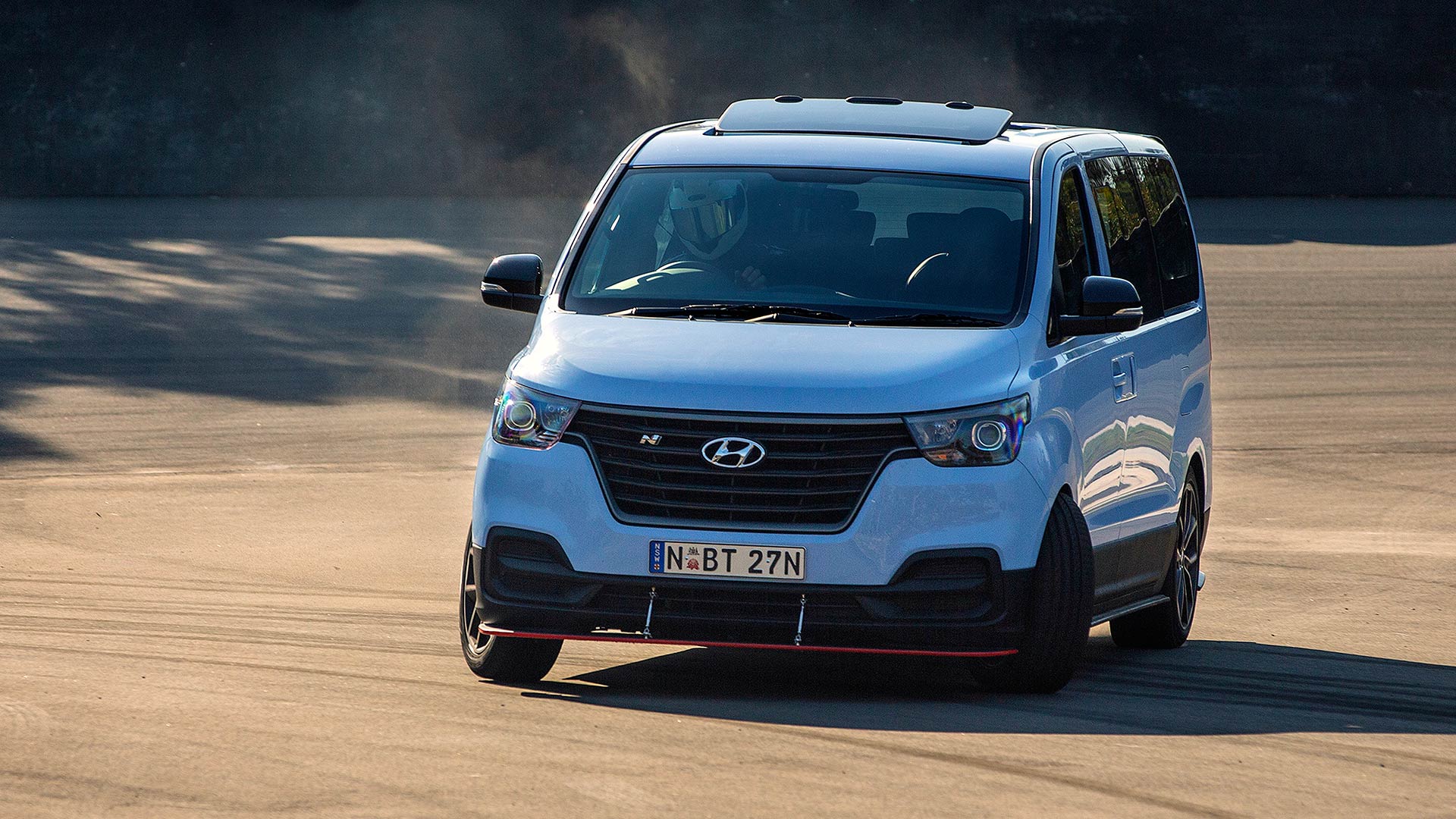 Hitting the track this weekend at 2019 World Time Attack Challenge in Sydney, Australia is a special jaw-dropping creation from Hyundai.

Even better is the fact that Hyundai has retained the regular eight-seater layout, meaning all the family can join in the fun.

Twin-turbocharged and seating for eight 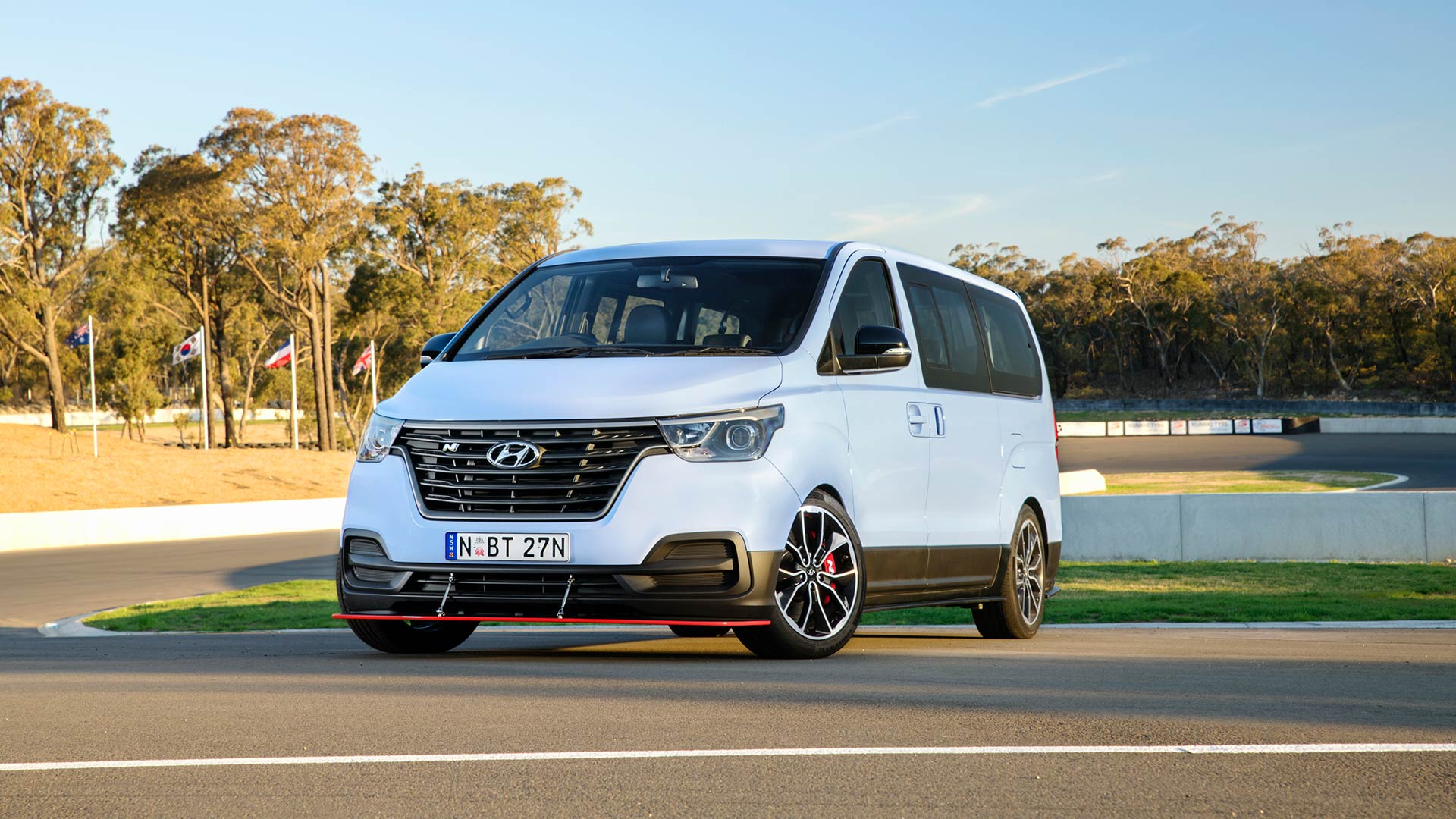 The idea of the Drift Bus actually began as an April Fool’s Day joke by Hyundai Germany. Proving that the Germans do have a sense of humour, they created an image of an iMax (also known as the i800) mocked up in Hyundai’s performance N trim.

Hyundai Australia then joined in the fun, asking fans on social media which vehicle should receive the N treatment next after the i30 hatchback. Although the Tucson SUV won, Hyundai decided that would be too easy a challenge, and opted to build the iMax N instead.

Typically powered by four-cylinder petrol or diesel engines, Hyundai opted for something with a little more power. In came a twin-turbocharged 3.5-litre V6 engine, producing more than 400 horsepower and 410 lb-ft of torque. 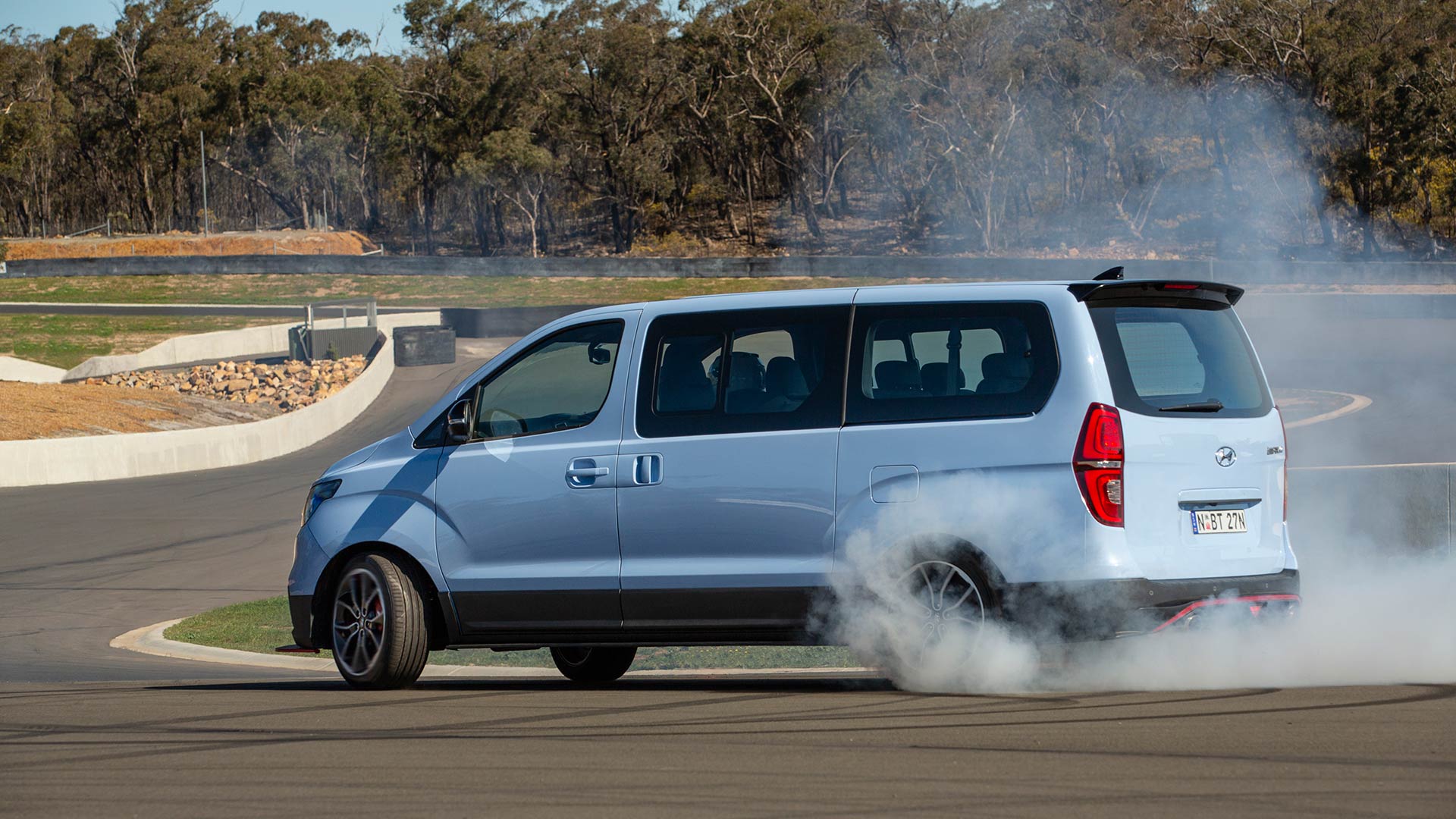 An eight-speed automatic transmission has also been fitted, along with a ‘corner craving’ limited-slip differential for the rear-wheel drive iMax. This offers up maximum sideways ability, whilst a switchable exhaust ensures the Drift Bus can be heard.

Electronically controlled suspension dampers, a performance brake package, and performance rubber have all been added as part of the enhancements. Useful, given the sub-5 second 0-60 mph acceleration time.

Naturally, the iMax Drift Bus has been painted in Hyundai’s distinctive Performance Blue paint. It also wears a bespoke aero kit with front splitter, side skirts, rear diffuser and a special spoiler. The 19-inch alloy wheels have also been taken from the i30 N hatchback.

Take it to the race track, only 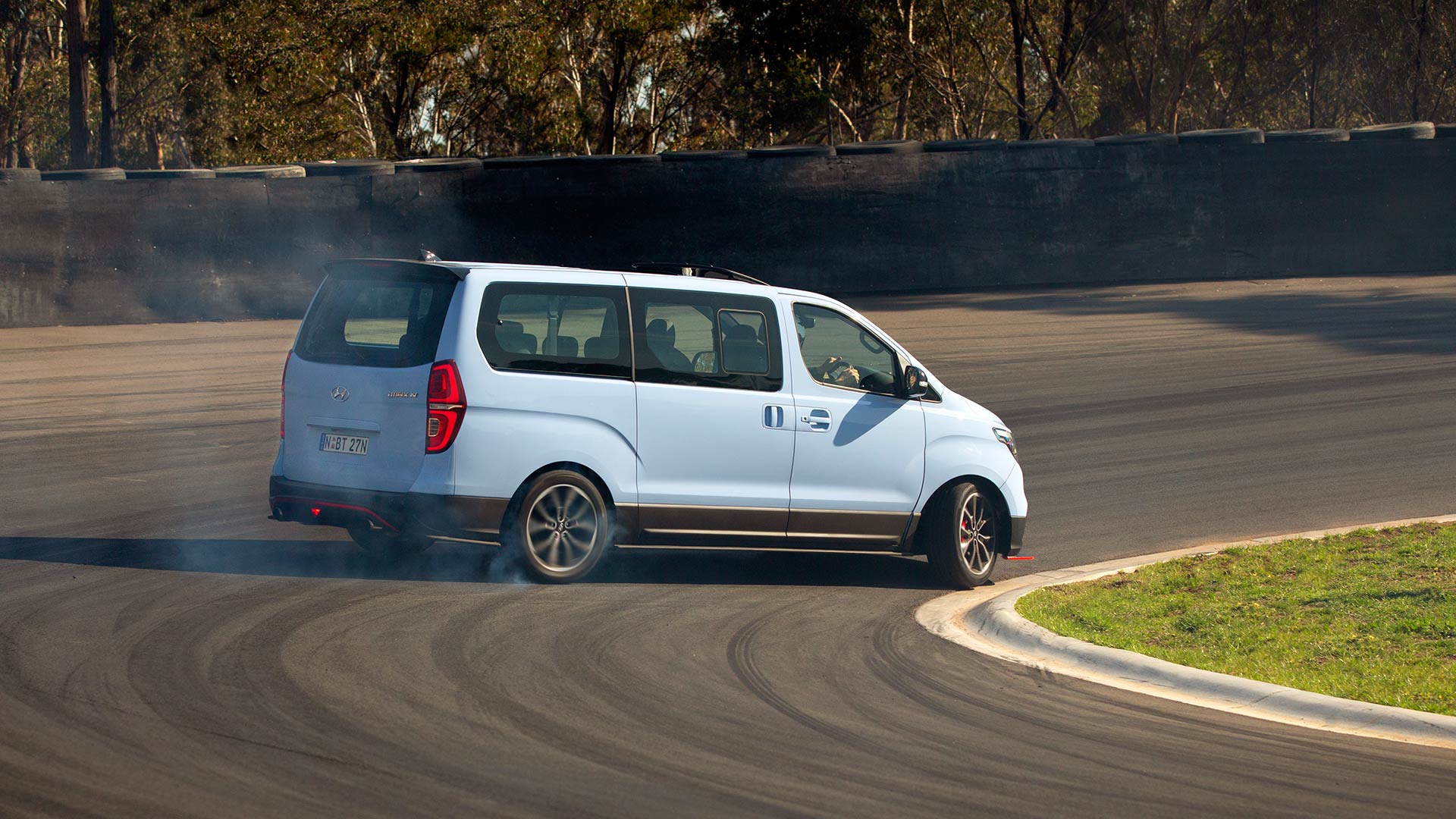 Sports seats have been added for the front passengers, whilst the other two rows receive benches clad in suede and leather. A special N steering wheel has been fitted.

Despite all the hard work creating the Drift Bus, it sadly is not road legal. Instead it is destined to spend its time wowing fans at the track, and demonstrating that nothing can escape the Hyundai N treatment.

Those Down Under will be able to see the Drift Bus in action, as it competes in three categories at the 2019 World Time Attack Challenge.