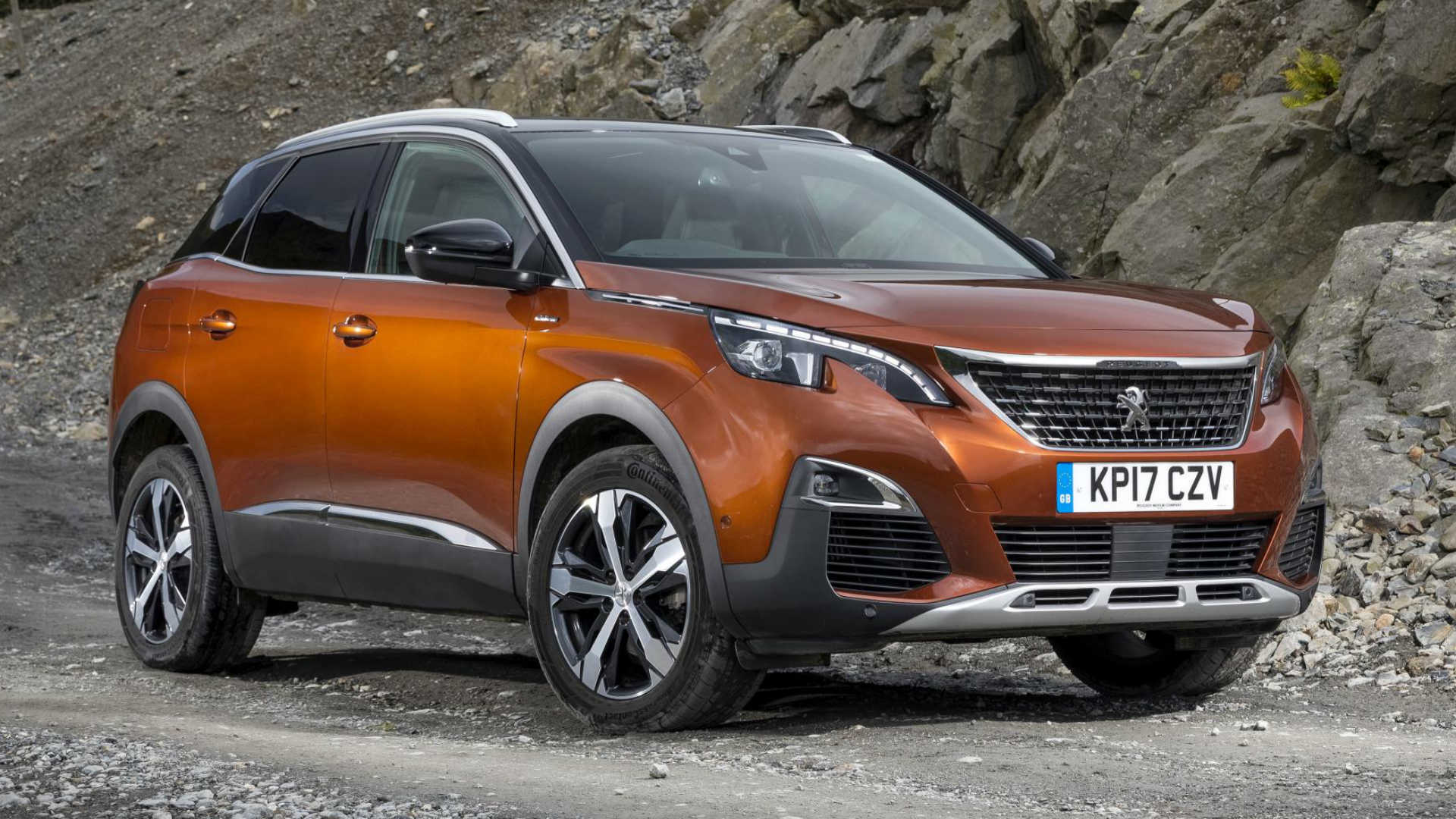 Put simply, depreciation is the difference between the price you paid for a new car and the amount you get when you sell it. According to What Car?, most cars lose between 50 and 60 percent of their value in the first three years, with vehicles taking the biggest hit in year one. Because SUVs are in demand, they tend to depreciate slower than many other vehicles. Here, using data from CAP, we can reveal the 20 slowest depreciating SUVs in the UK. 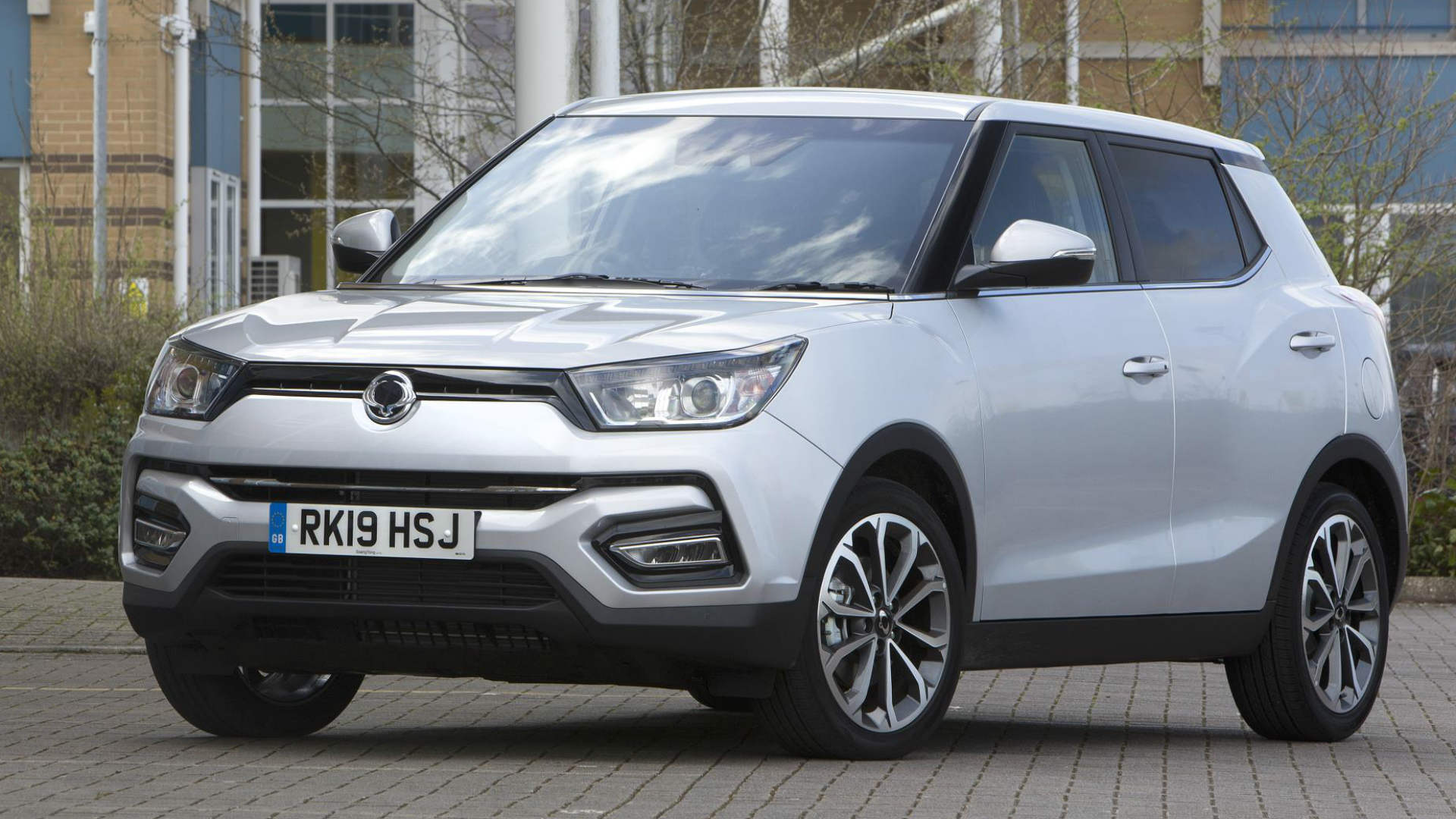 The data provided by CAP is based on SUV values after three years and 60,000 miles. Thanks to its comprehensive seven-year warranty, the SsangYong Tivoli creeps into the top 20 ahead of some of the more well-known names in the segment. The Tivoli compact SUV provides excellent value for money and will retain 40.1 percent of its value after three years. 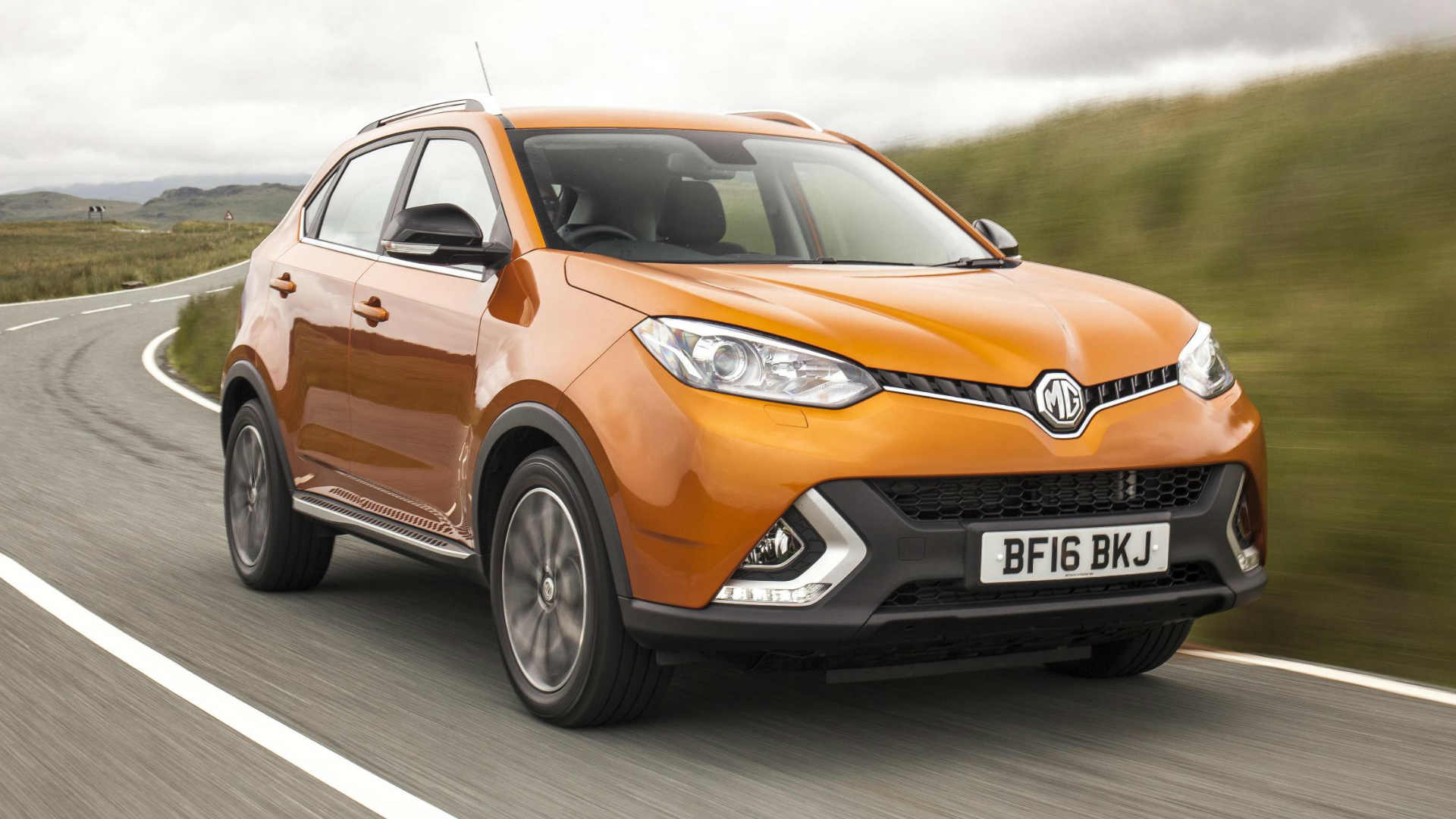 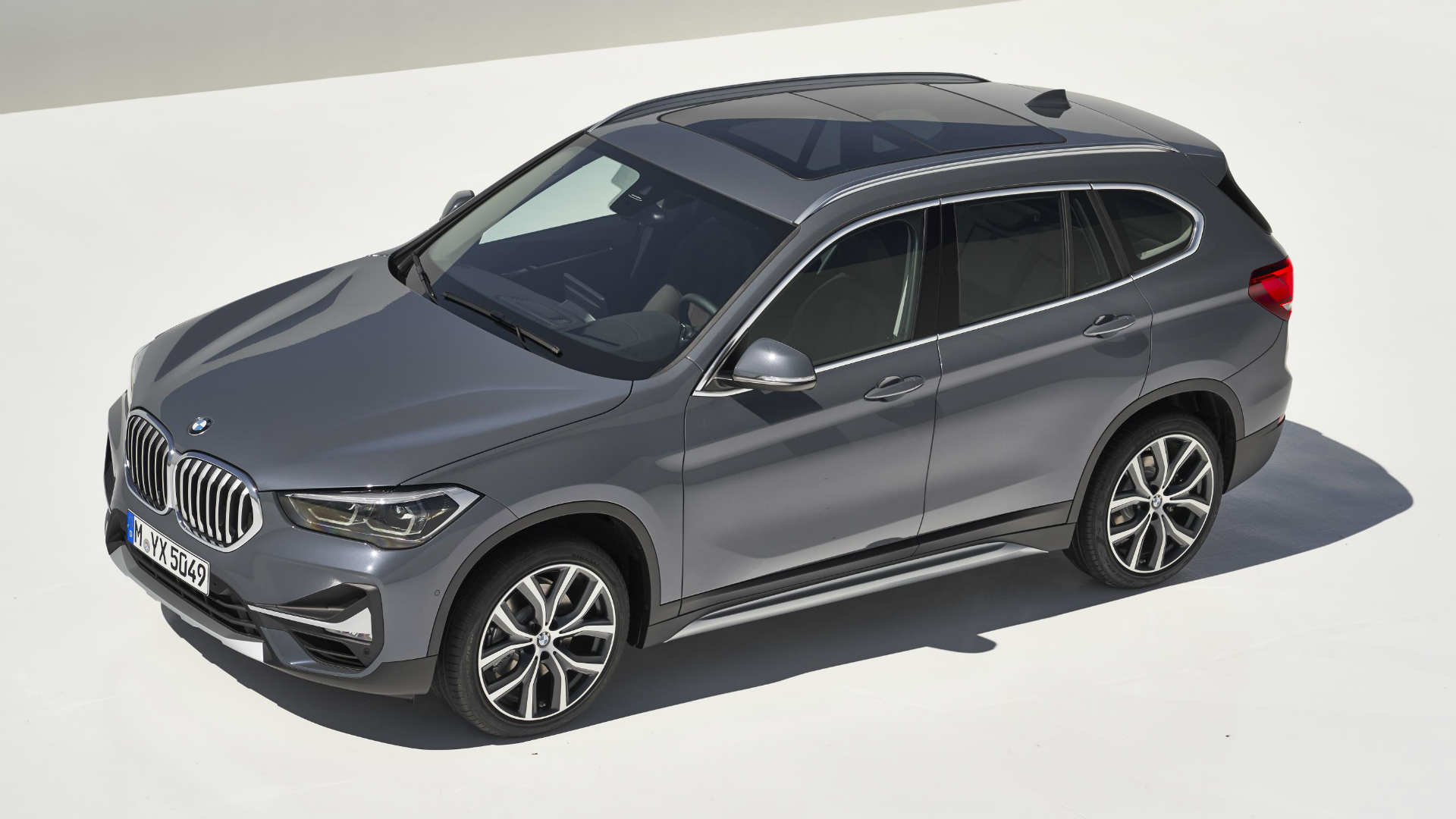 The BMW X1 retains 0.7 percent more value than the MG GS after three years, but while this equates to around £11,000 in the MG, the BMW owner would see around £19,500 wiped off the value of their vehicle. Although motorists who buy a car on a PCP deal might feel that depreciation isn’t an issue for them, it’s worth nothing that PCP contracts are based on a car’s ability to hold its value. PCP customers are effectively paying for the depreciation. 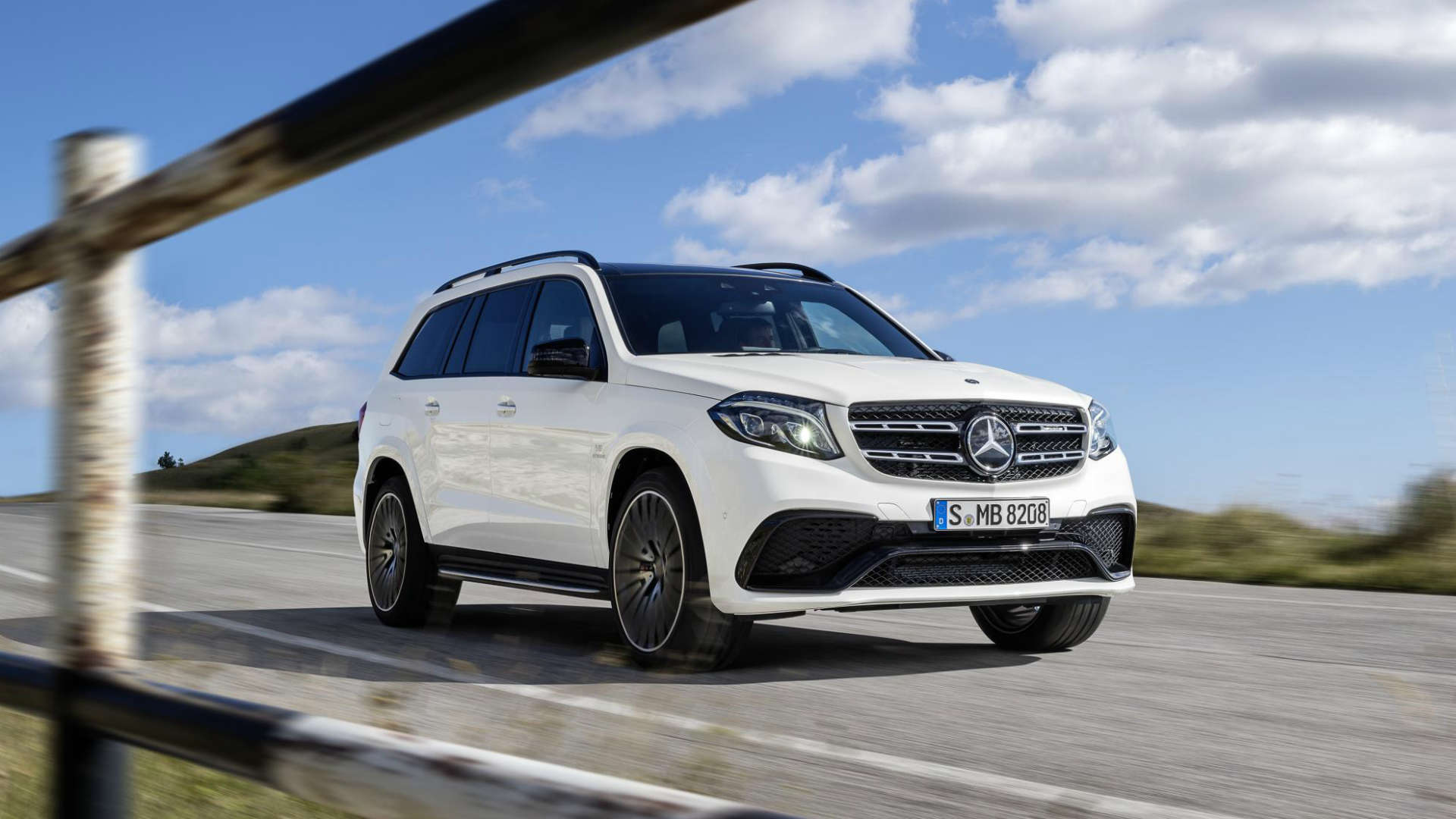 Talk about taking a big hit. If you pay cash for a new Mercedes-Benz GLS, you’d lose just under £50,000 in depreciation after three years. Something to think about before you spend upwards of £73,500 on a 2020 model. You could treat yourself to a Porsche 718 Cayman for the price of that deprecation. 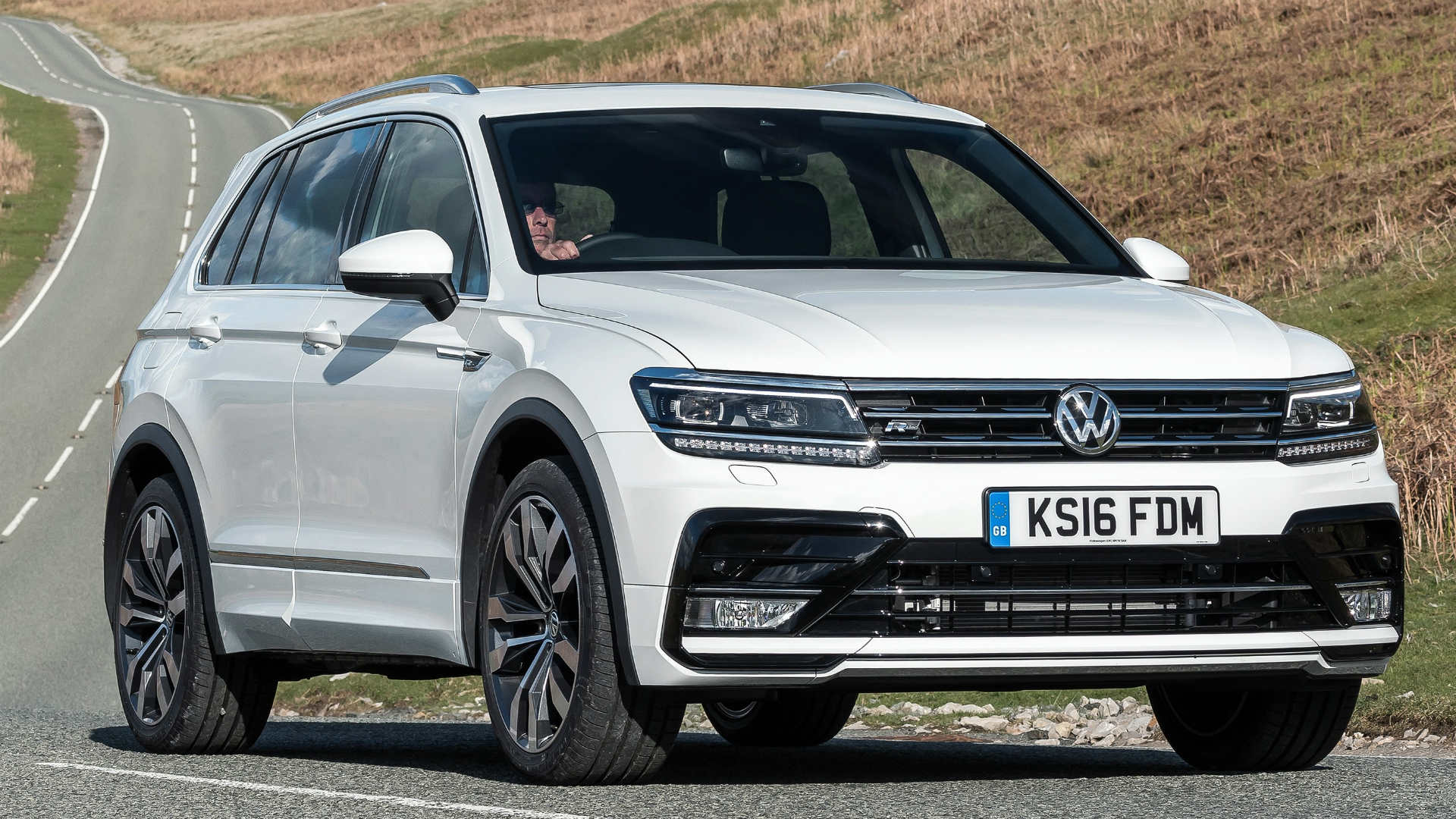 New figures from JATO Dynamics suggest that, after years of rapid growth, demand for SUVs is slowing down. European sales grew by just 0.7 percent in June, but the market saw a five percent drop in the popularity of large premium SUVs. Meanwhile, Volkswagen Tiguan sales were down 18 percent in the month. On the plus side, the Tiguan is very good at holding its value. 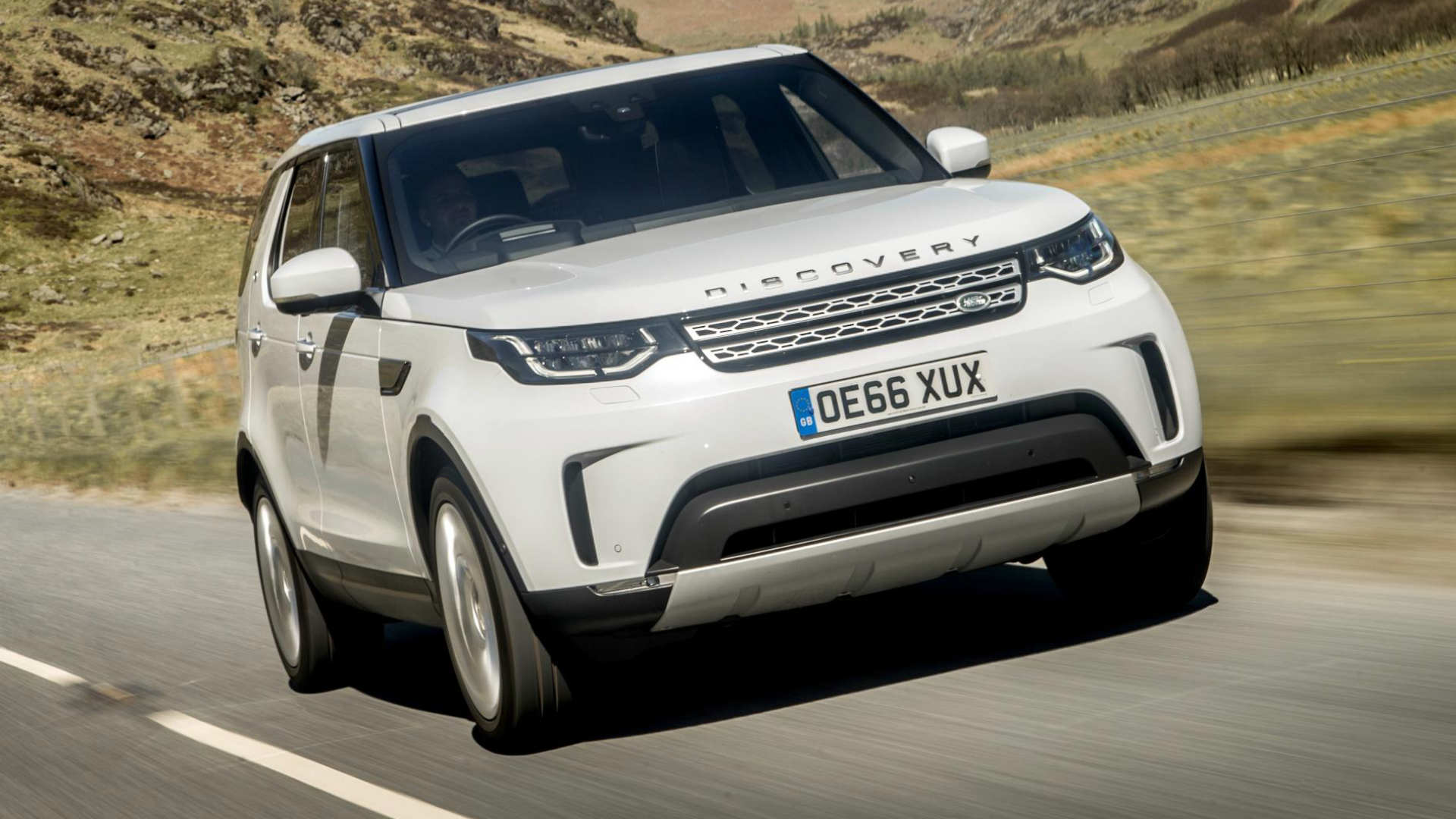 Next we find a couple of Land Rovers, starting with the regular Discovery. According to CAP, a ‘Disco’ will lose 45.4 percent of its value after three years and 60,000 miles, which equates to around £30,000. Land Rover Discovery prices start from just under £48,000. 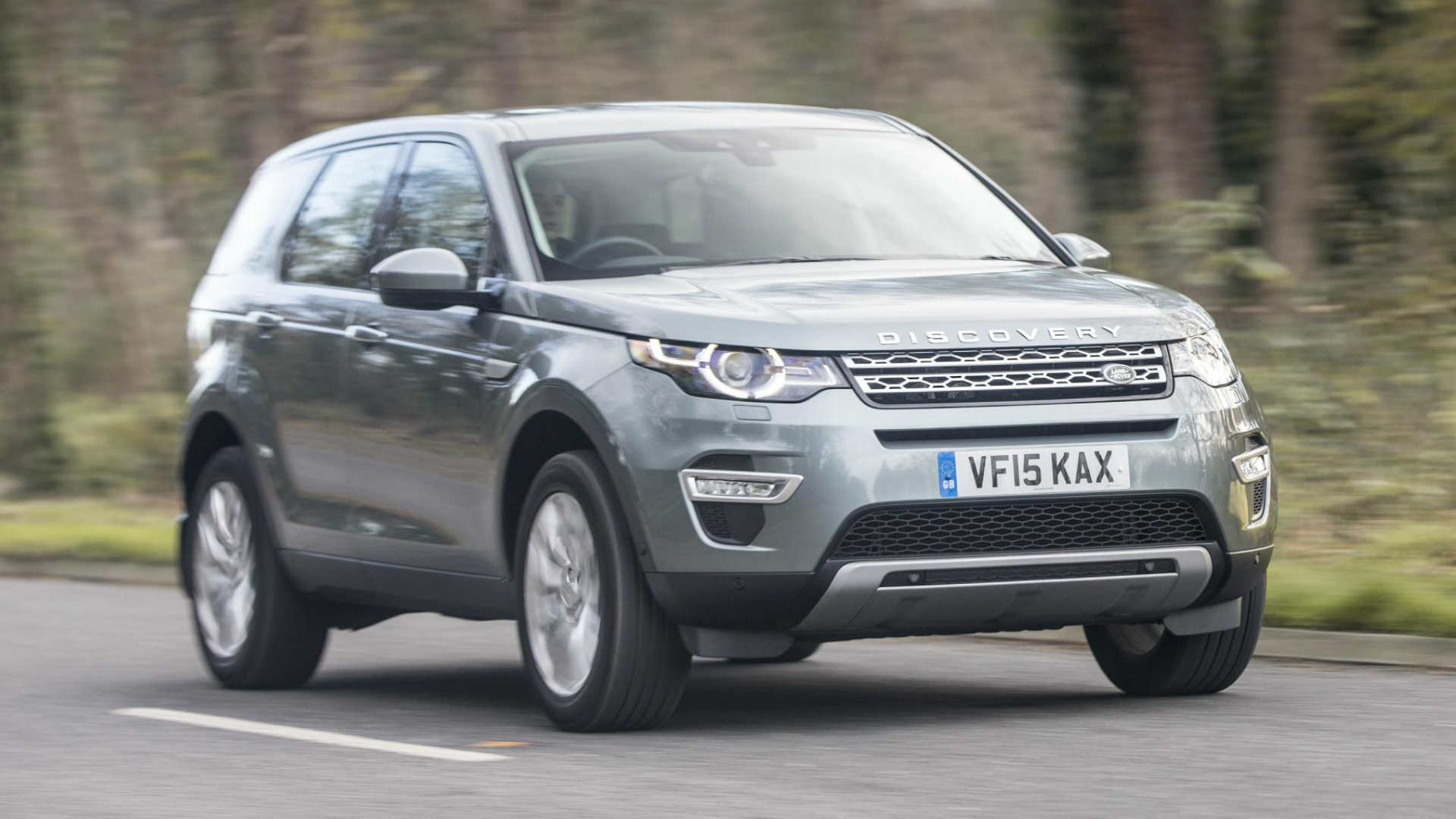 There are three reasons to choose a Discovery Sport over a Discovery. Firstly, it has a nice bottom. Secondly, it retains more value after three years. Thirdly, because it’s cheaper to buy new, you’ll lose less money. Win, win, win. 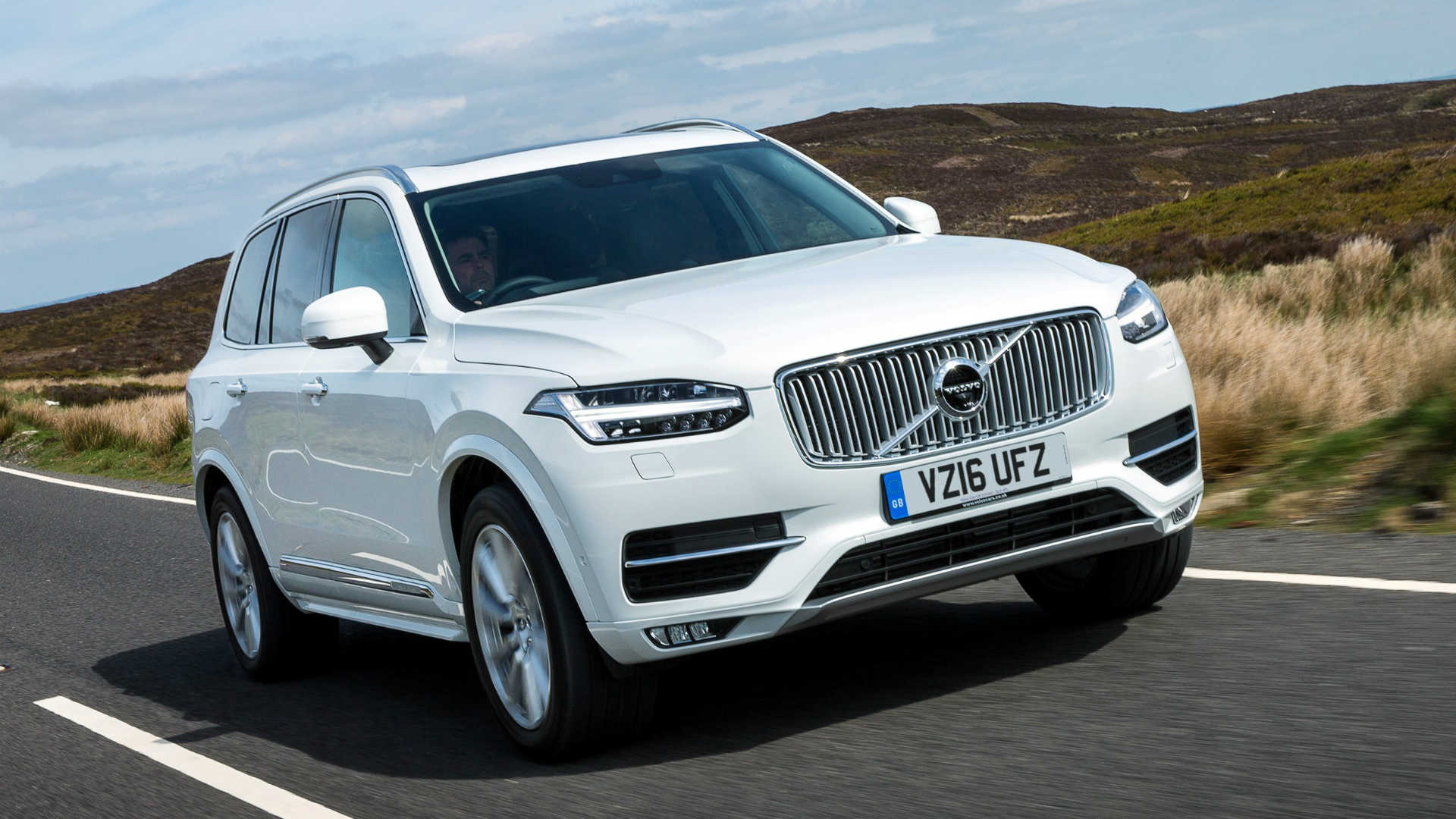 Four years on from its launch, the Volvo XC900 remains in high demand, which is why it retains 46.1 percent of its value after three years. The XC90 is the largest of three SUVs built by Volvo, with prices starting from £52,000. 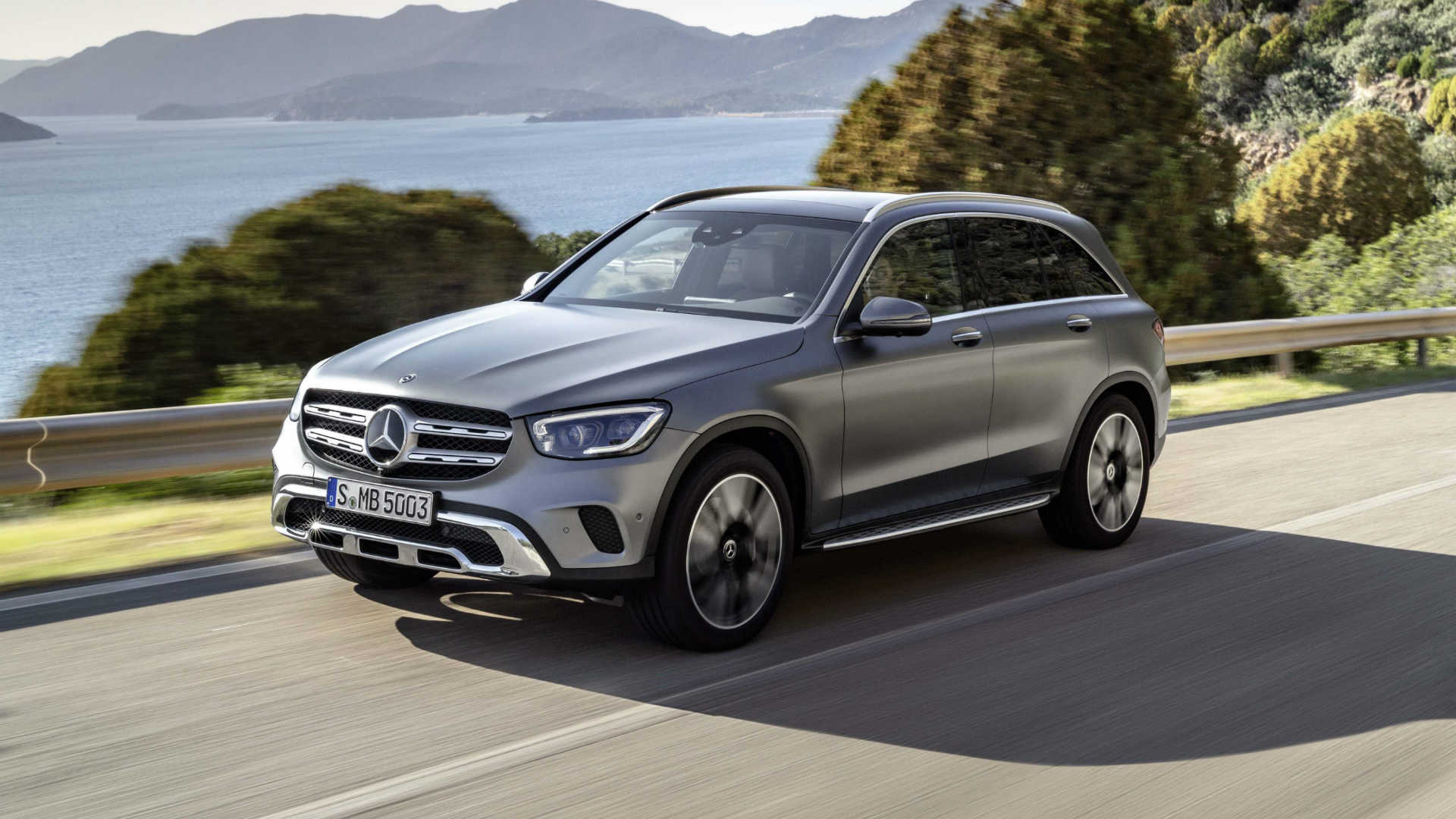 The new prices and values retained after three years are based on averages, so should be used solely for guidance purposes. The true depreciation will be influenced by a number of factors, such as engine, specification, trim level, colour and the popularity of the particular car. Paint your 2015 Mercedes-Benz GLC ‘Katie Price pink’ and you can kiss goodbye to your 47.1 percent retained value. 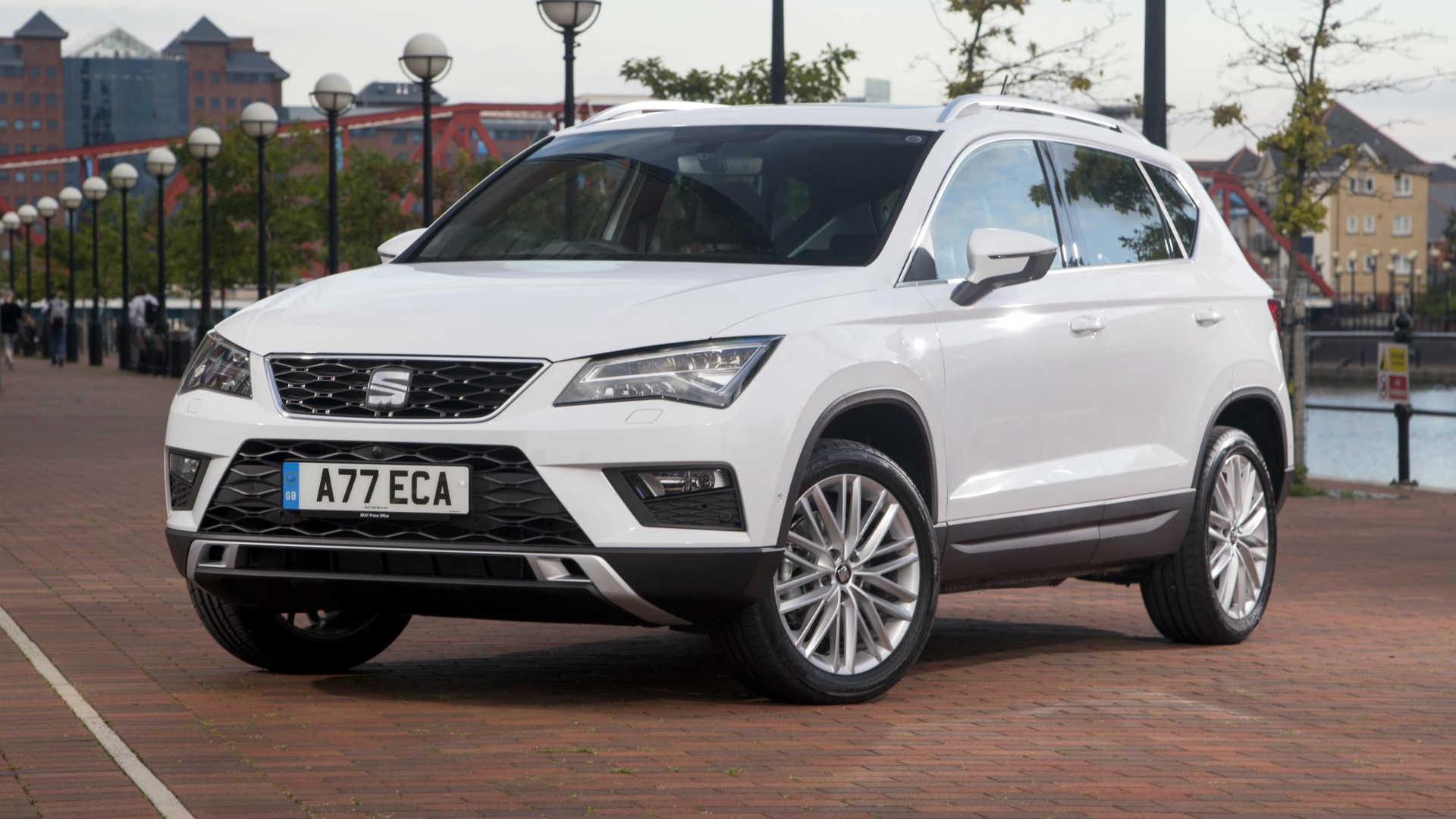 Seat is a relative latecomer to the SUV party, but it has hit the ground running with a trio of accomplished vehicles. The Arona is one the best compact SUVs, the Tarraco is a credible alternative to the Skoda Kodiaq and Volkswagen Tiguan Allspace, while the Ateca offers the best of both worlds. Little wonder it’s one of the slowest depreciating SUVs you can buy. 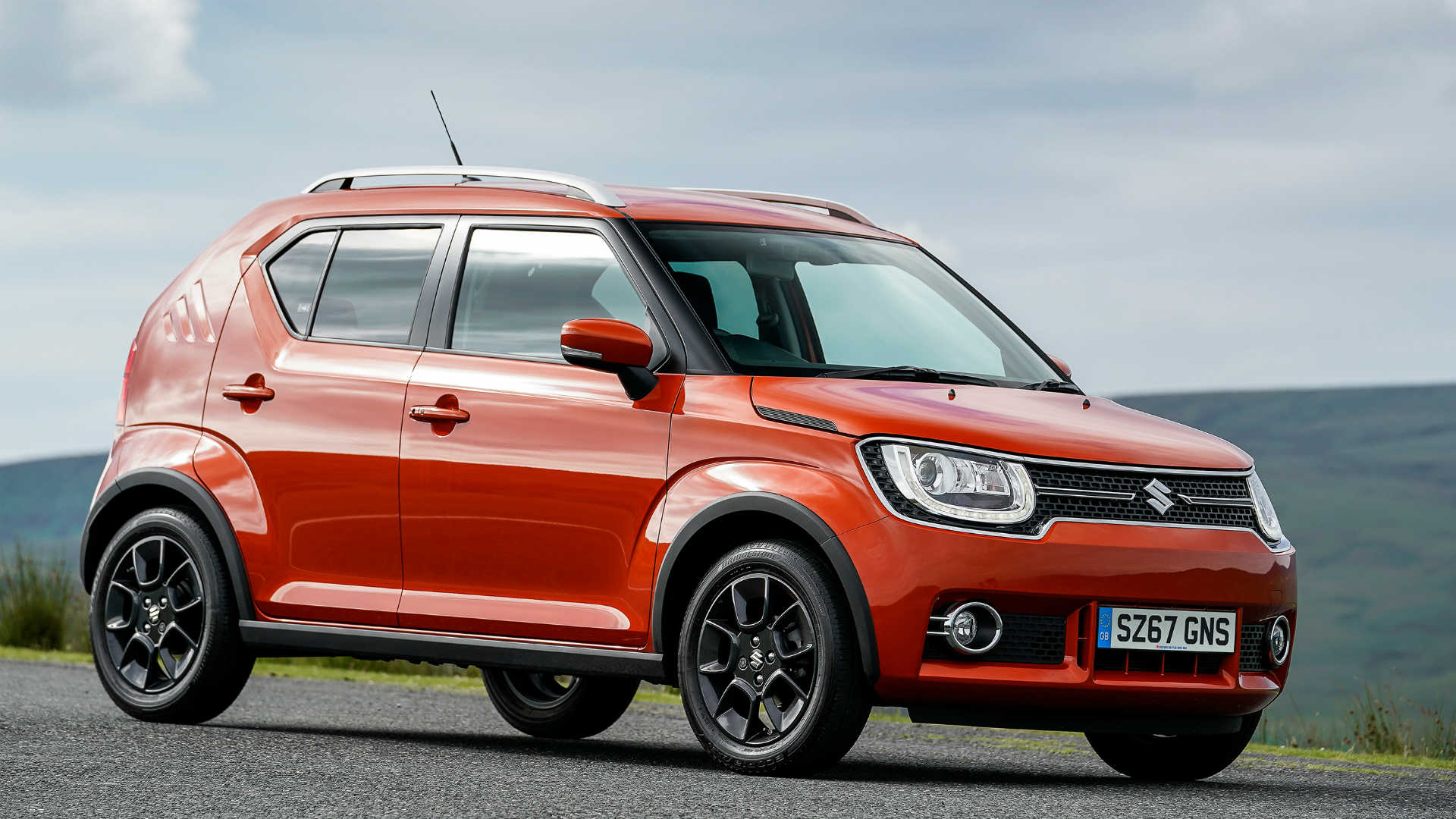 In cash terms, the Suzuki Ignis is the best car on the list. Buy one new and you’ll lose just £7,000 after three years, giving it a retained value of 47.9 percent. Proof that you don’t need a premium badge to find a car that holds its value. We wonder if the Jimny will deliver similarly rock-solid residuals. 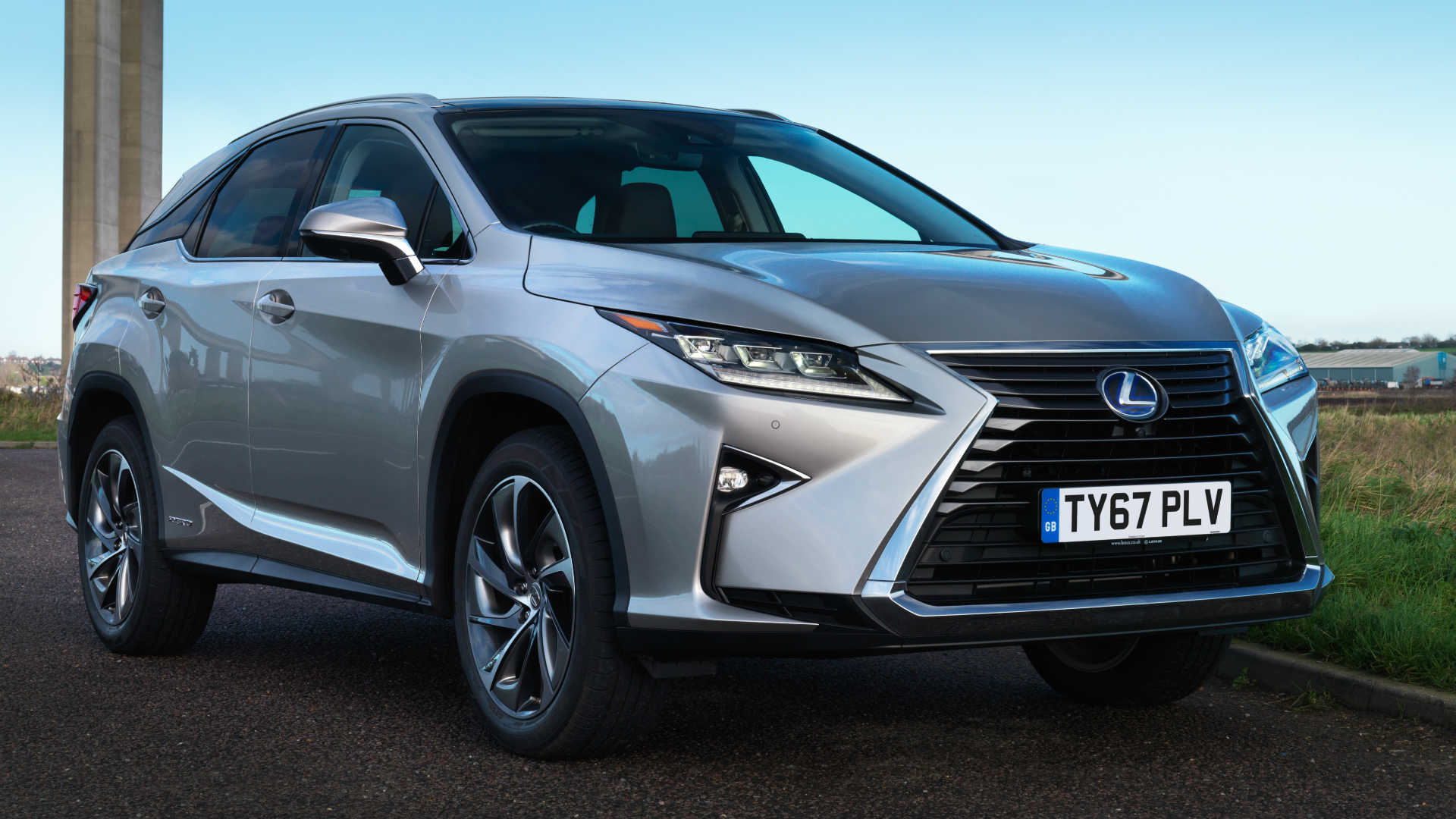 The Lexus RX premium SUV is available in two flavours: standard five-seat and seven-seat RX L. You’ll pay a little over £2,000 more for the additional seats, but you might find that the RX L is in greater demand on the used car market. Overall, the Lexus RX retains 48.4 percent of its value. 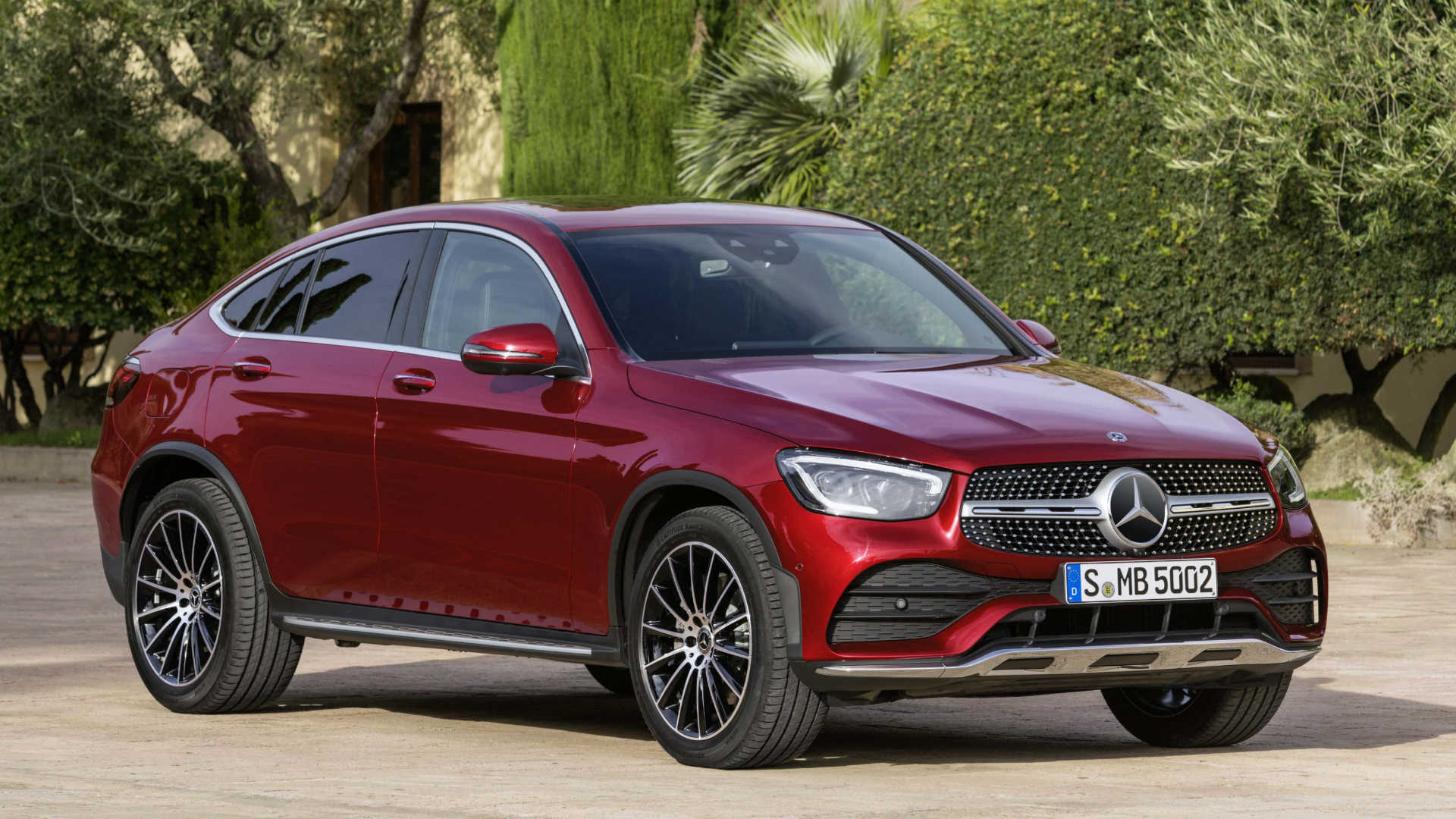 Interestingly, the Mercedes-Benz GLC Coupe is less practical than the regular GLC, but it retains 1.7 percent more value after three years. This suggests that buyers put ‘style’ ahead of practicality… 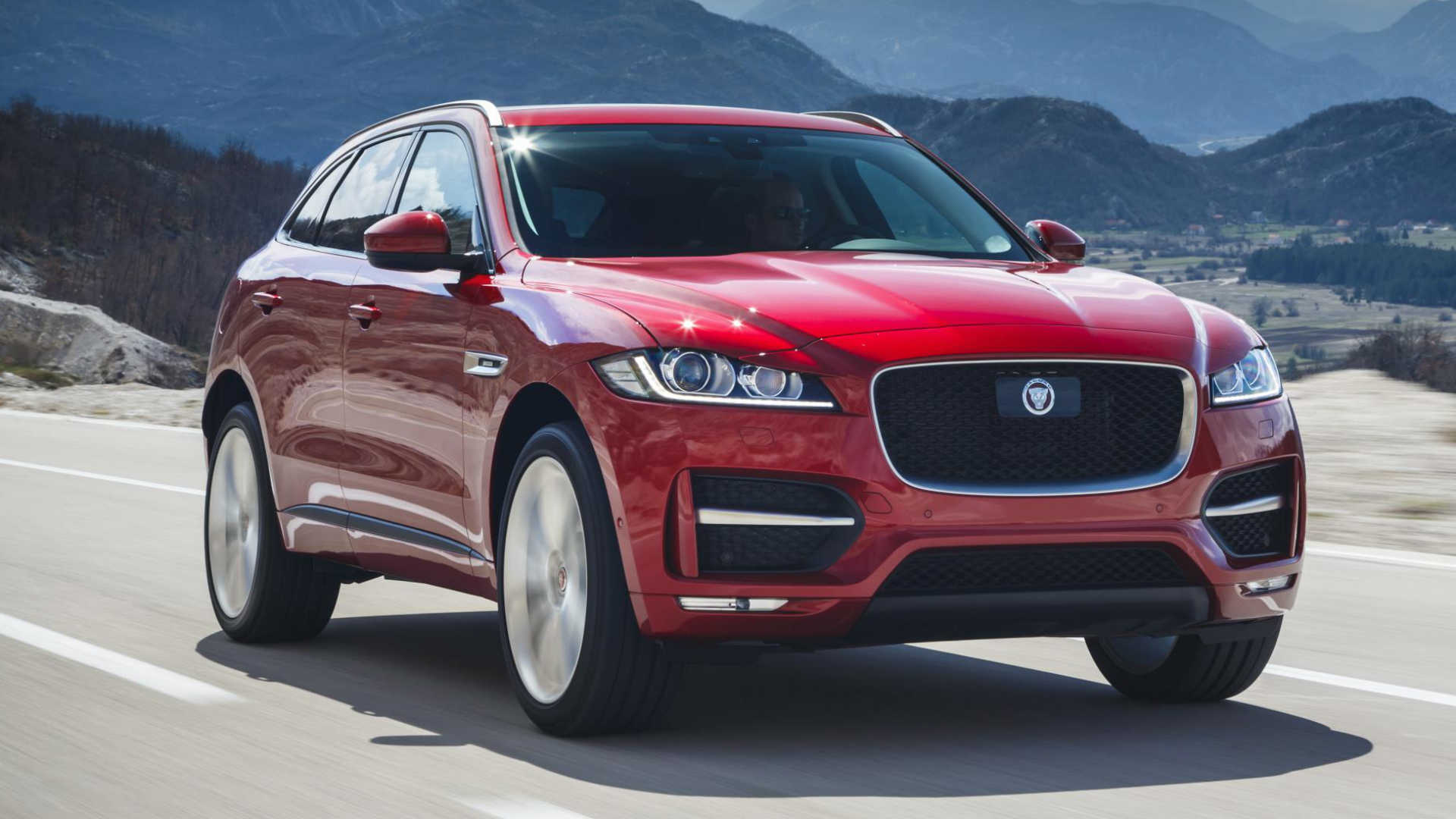 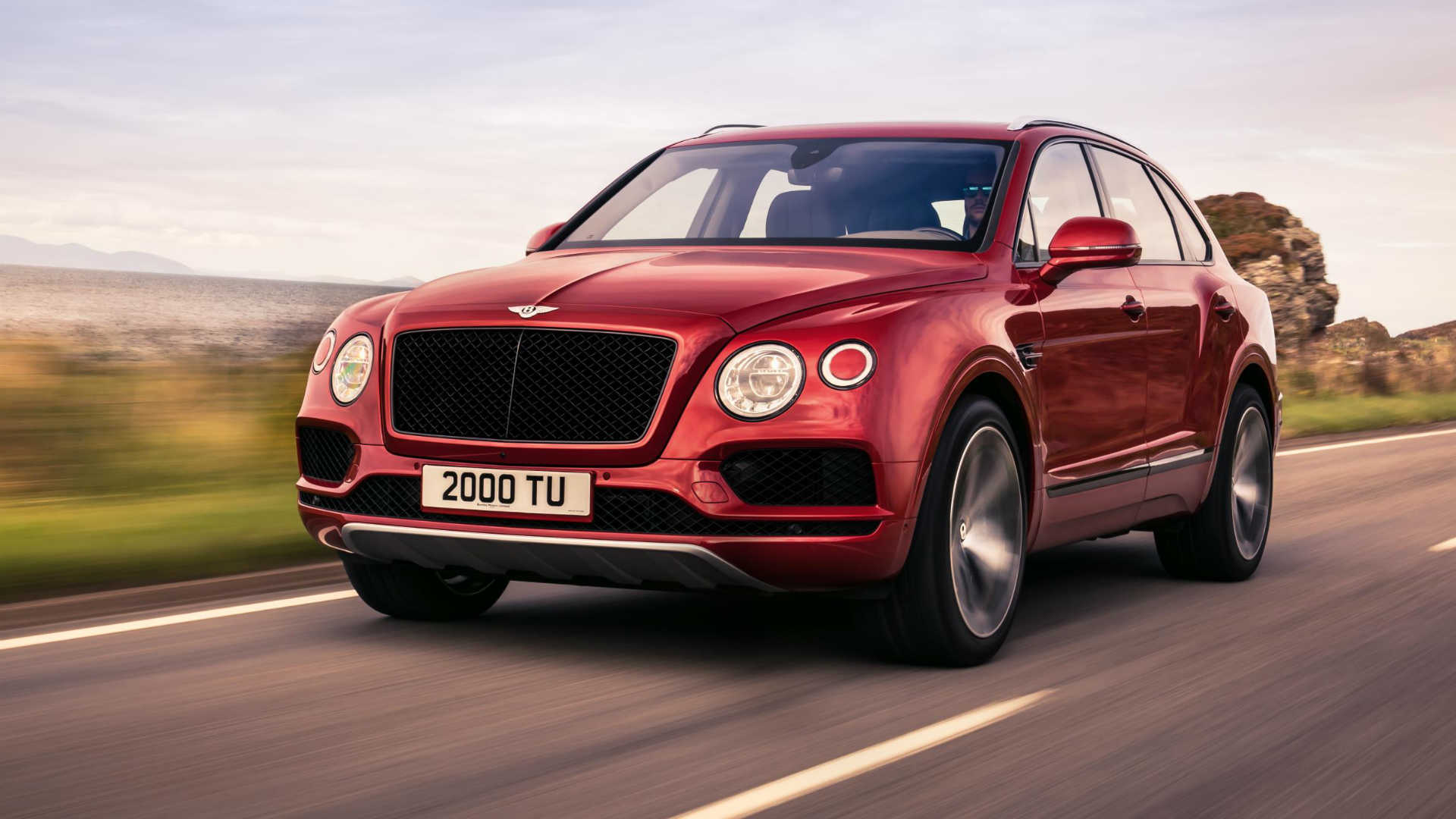 The Bentley Bentayga is the most expensive SUV in the top 20 by a considerable margin, but it’s rather good at holding its value. Which is just as well, because a straight 50 percent delivers a loss of £81,400 after three years. You could buy a new Mercedes-Benz GLS for that. 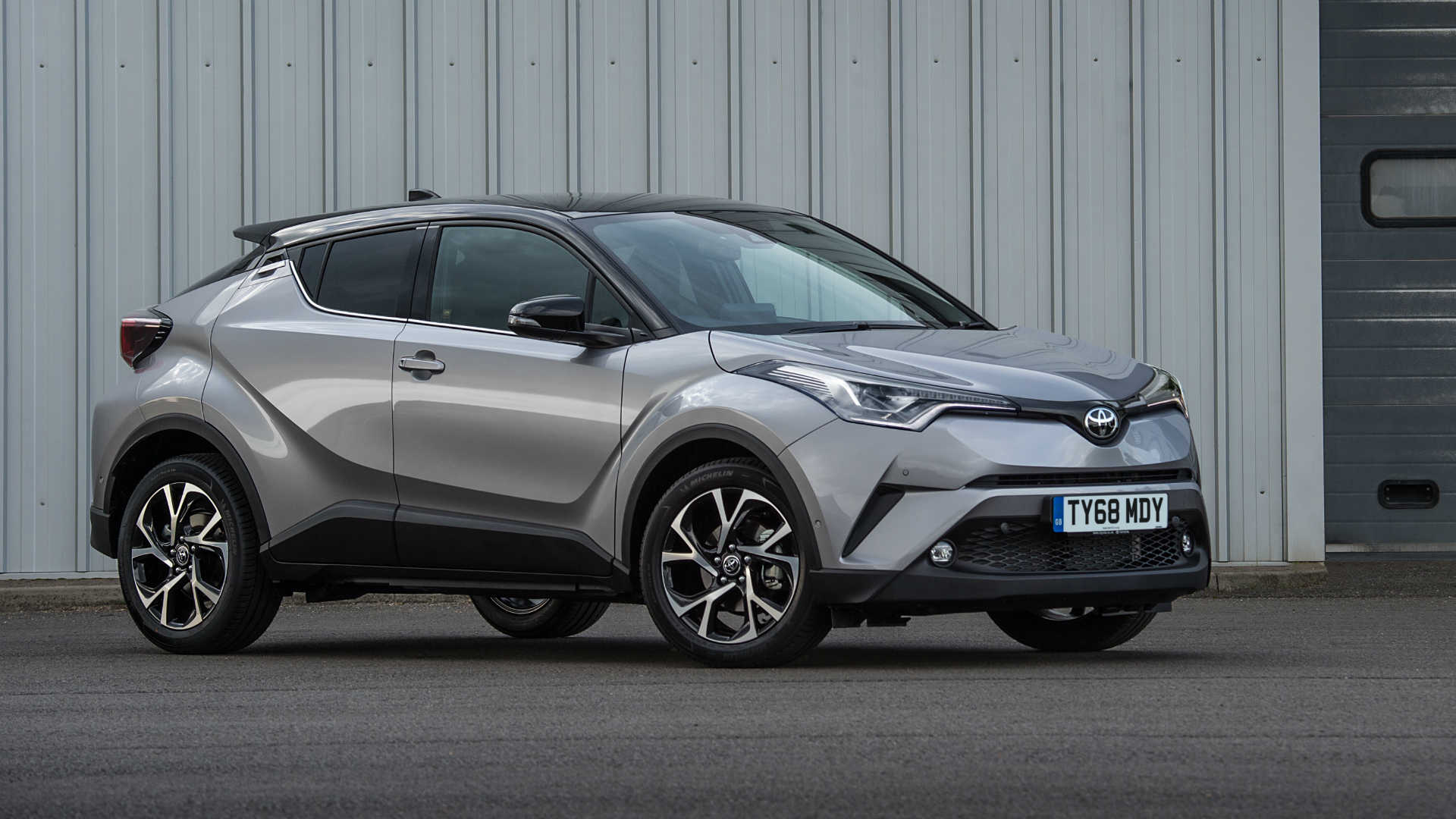 If you were expecting five premium SUVs at the top of the list, prepare to be shocked. The Toyota C-HR beats the Bentley Bentayga by 0.2 percent, which is sure to impress your chums at the golf club this weekend. 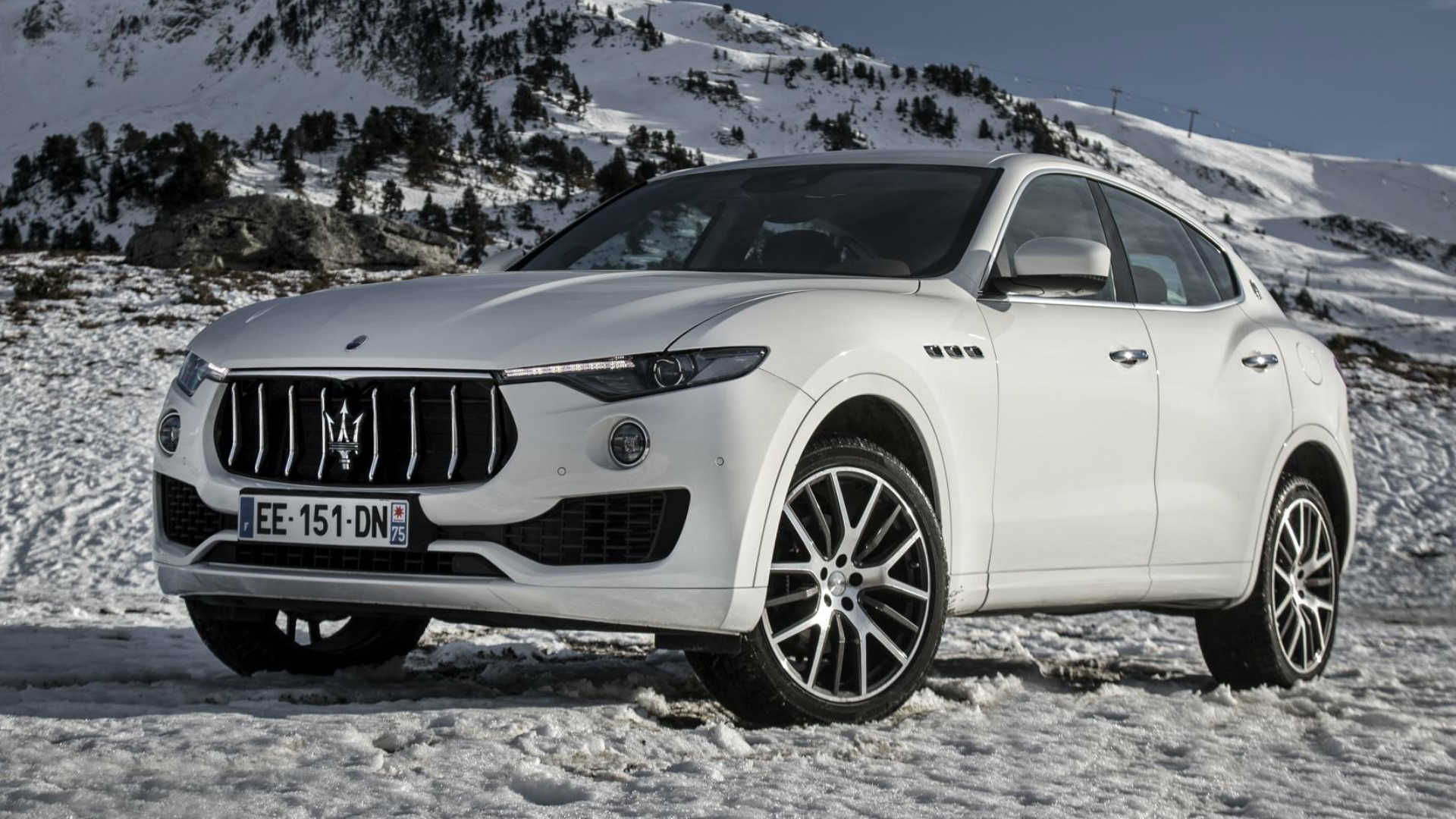 You’ll spend upwards of £58,000 on a new Maserati Levante, so it’s good to know that it’s pretty good at holding its value. 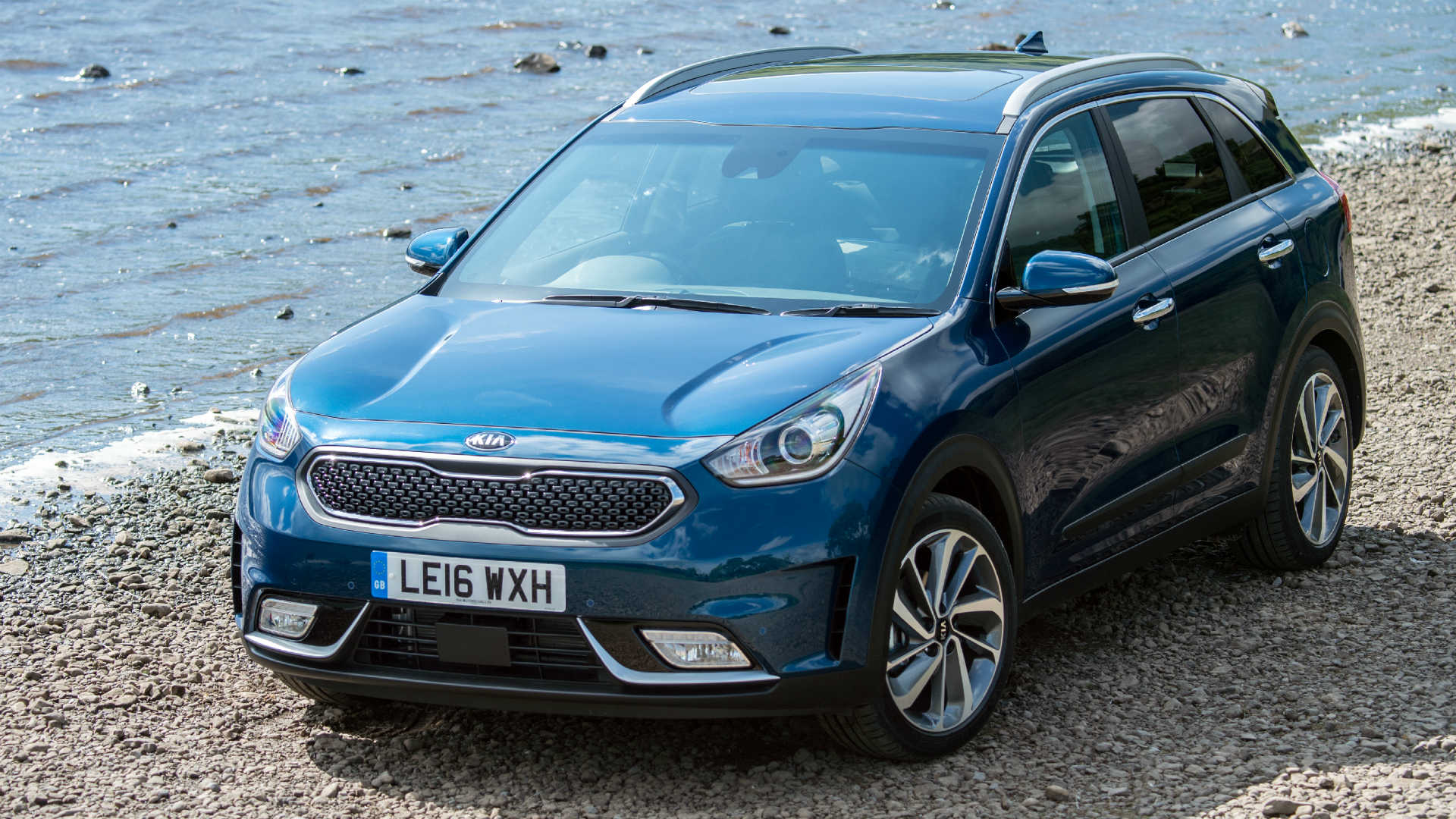 We suspect the seven-year warranty is a factor in this result, but we’re surprised the Kia Sportage didn’t make the cut. There’s also no room for the Hyundai Santa Fe, which, like the Sportage, has historically performed well in depreciation studies. 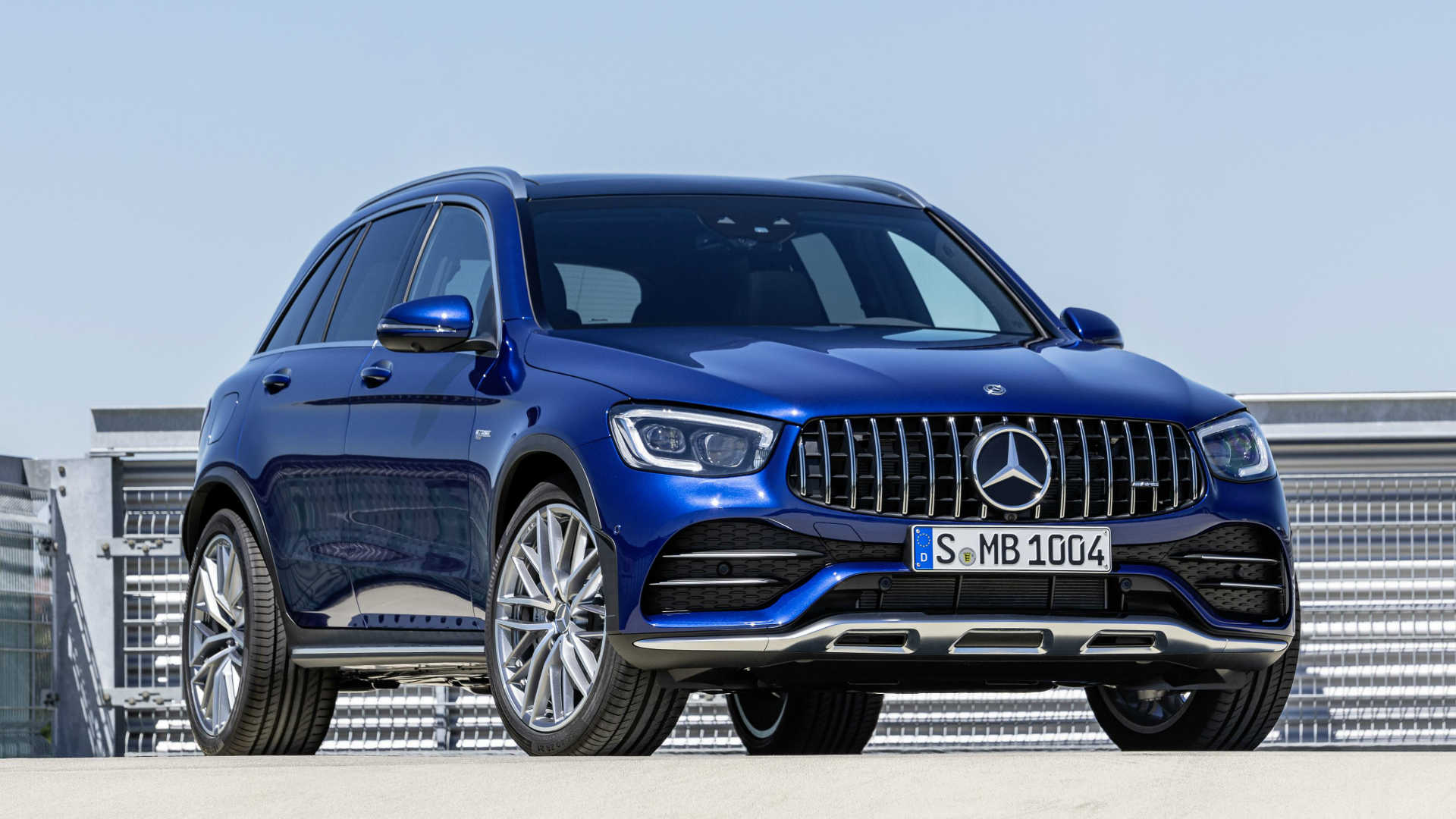 Which leaves the 2016 Mercedes-Benz GLC to take the silver model. Those who have been paying attention will notice that this is the second appearance for the regular GLC (the third if you include the GLC Coupe). A 2016 model holds more value than a 2015 GLC. A facelifted version (pictured) is now available. 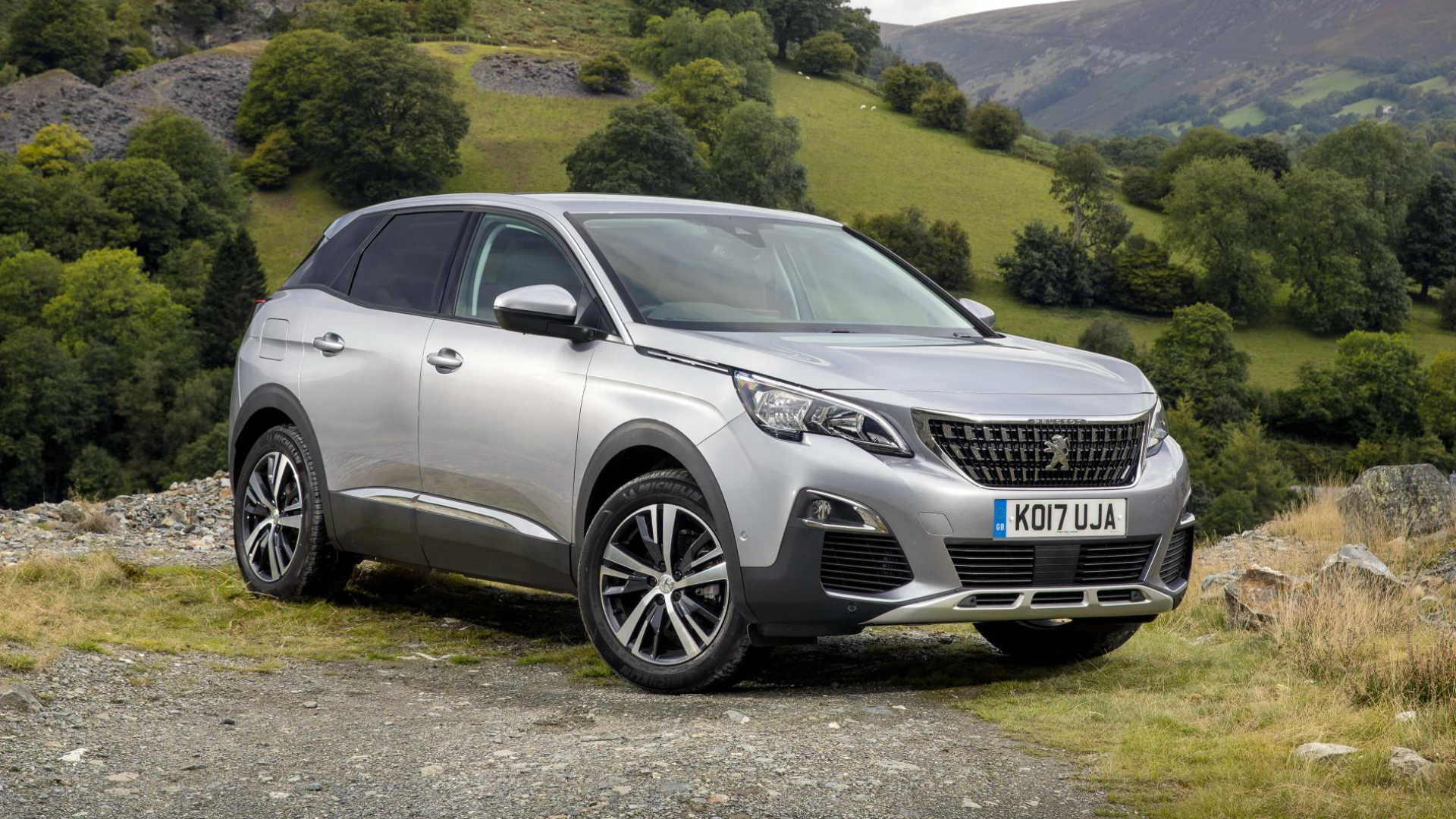 Many motoring journalists are quick to proclaim the Peugeot 3008 as one of the best SUVs you can buy, so it’s no surprise to find it topping the depreciation table. A smart exterior design, stylish interior and a range of economical engines combine to create a modern SUV that’s almost without vices. Little wonder it will retain 54.2 percent of its value after three years.