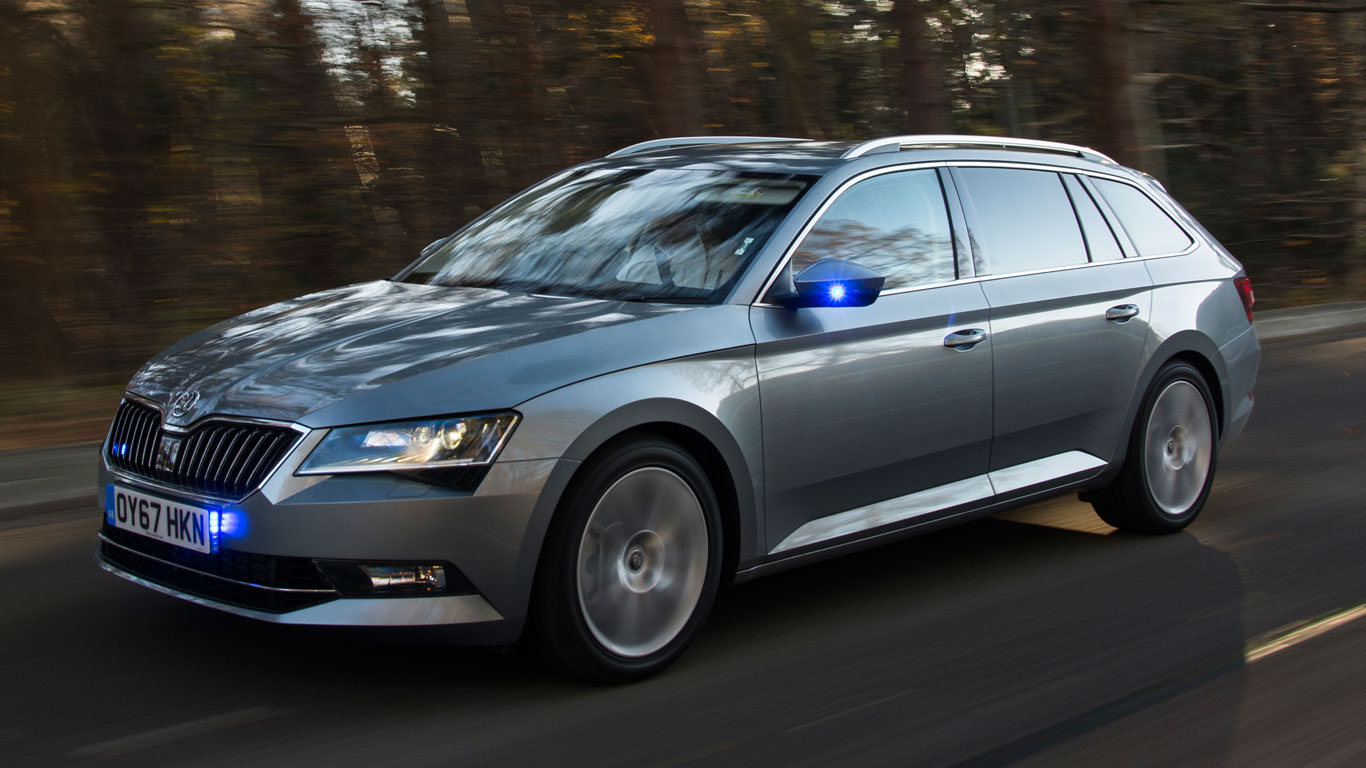 We don’t condone speeding, but most drivers are at their most observant barrelling up the motorway at 80-ish. While anyone who really cares about their licence would stick to the 70mph national speed limit, many are happy to exceed that while keeping an eye on the traffic ahead for lurking traffic cops. If they’re in a batternberg-spec Volvo or BMW, they’re fairly easy to spot, but what if they’re driving something a little more discreet?

Covert cars are increasingly being used by police forces, for obvious reasons. They blend into traffic and catch motorists acting naturally – whether that’s speeding, using their phone or driving dangerously. In the early days of unmarked cop cars, they were still fairly easy to spot. A white Vauxhall Omega or BMW 3 Series with lights ‘hidden’ behind the grille stood out a mile off, especially when driven by a someone in a hi-vis jacket and cruising at 68mph in the inside lane.

But it’s now getting harder to spot a sneaky unmarked police car. Enter the latest example from Skoda: the Superb 280 estate covert police car. From the outside, it looks like any other sensible Skoda wagon. But it packs a punch – that ‘280’ in the model designation stands for the amount of horsepower produced by its 2.0-litre TSI petrol engine. As such, it’ll reach 62mph in 5.8 seconds and hit the limiter at 155mph. Not bad for a bulky Skoda estate.

We were invited along to the Longcross test track for a drive in the unmarked Superb 280. It’s extremely competent – four-wheel drive aiding traction as we make a quick getaway, working through the DSG gearbox all the way well into three figure speeds. All the time, it feels stable – despite being kitted out with the extra equipment required to do a traffic officer’s job. It’s largely standard, too, save for upgraded suspension (to cope with said weight, not to mention rough roads and speed bumps) and beefier brakes.

The lights – fitted by a specialist aftermarket firm – are operated by a series of buttons ready to put that horrible sinking feeling in the stomach of any speeding motorist. I should know – as we lapped Longcross at well over three figures, I caught a glimpse of a marked-up Superb cop car and thought I was about to have the book thrown at me. And then I remembered I was on private land with an off-duty traffic cop sat next to me.

Pressing the horn operates the siren, while doing so again changes the tone. And yes, I can confirm, it’s just as much fun to do as you’d expect. If you don’t want to hear the siren yourself, you may want to ease off a touch next time you clock an innocent-looking Skoda on the motorway. 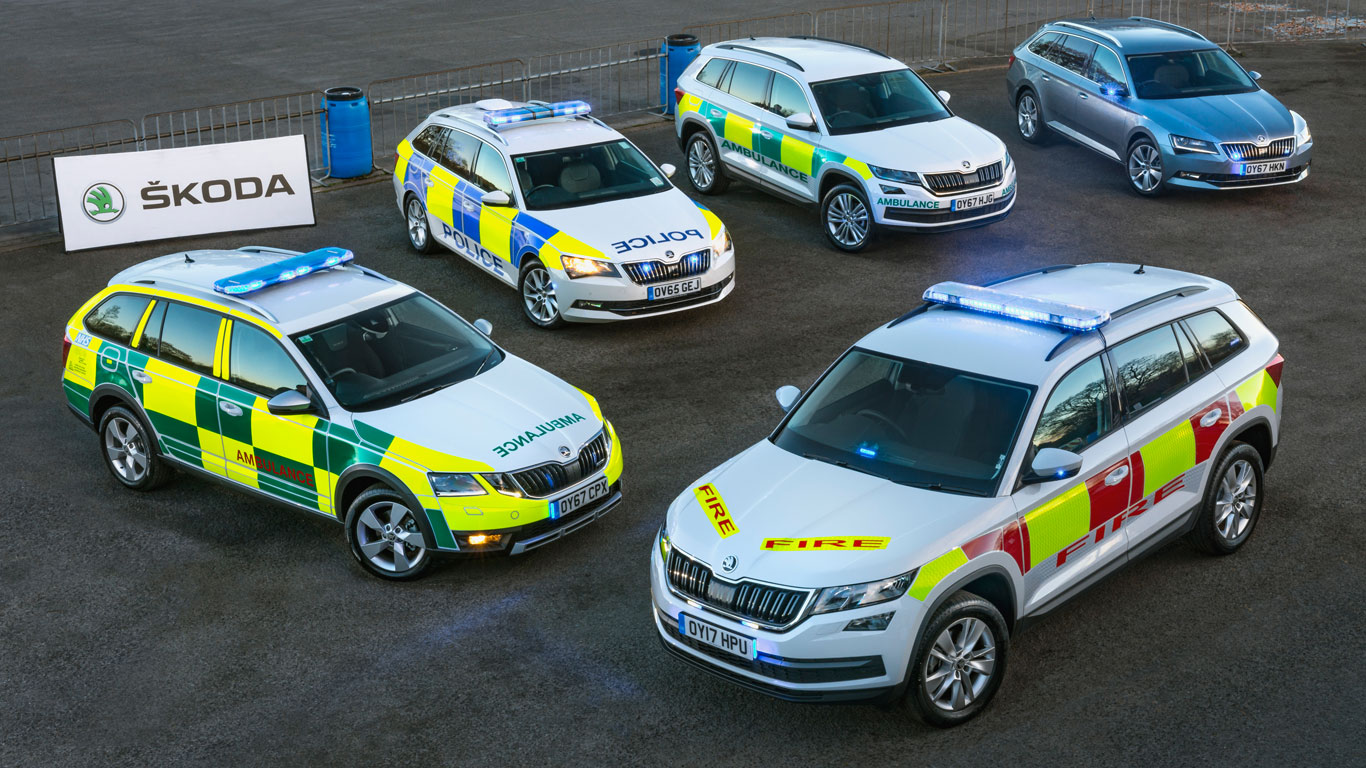 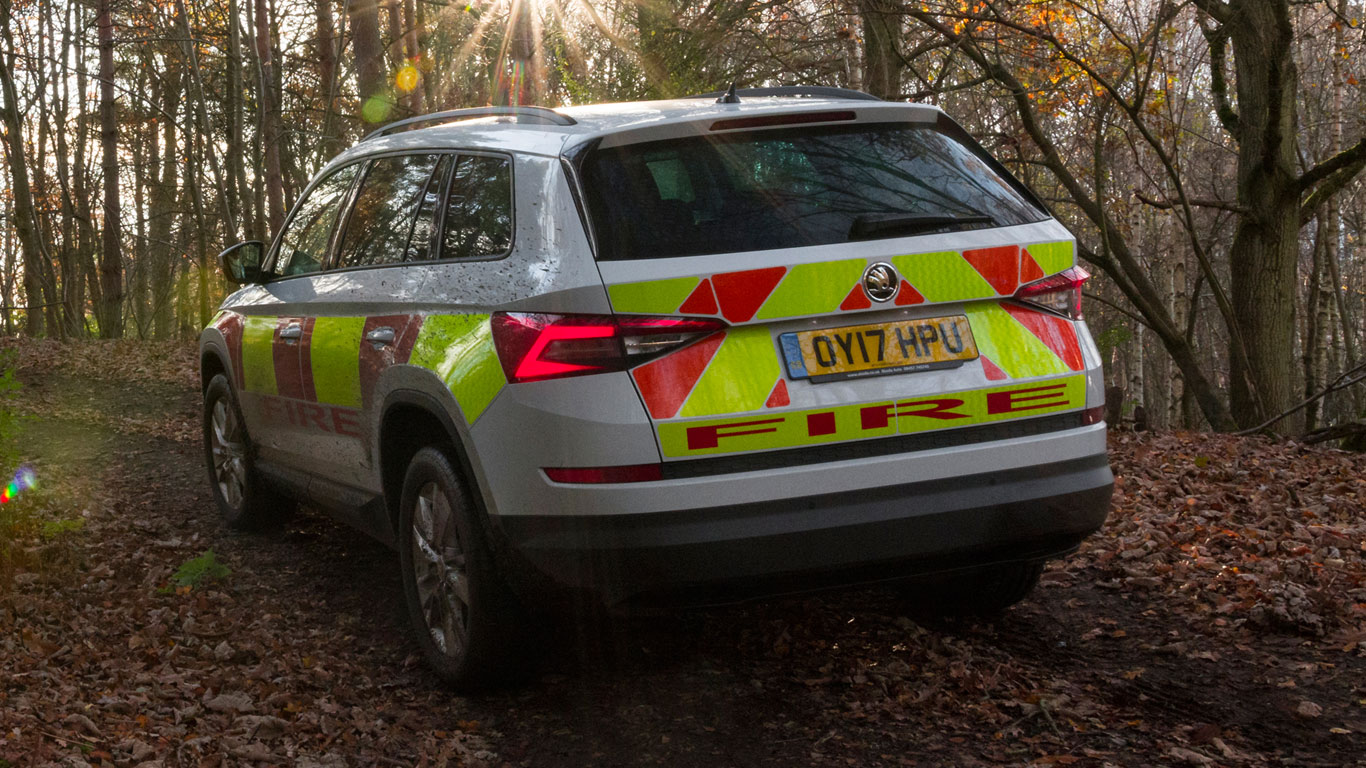 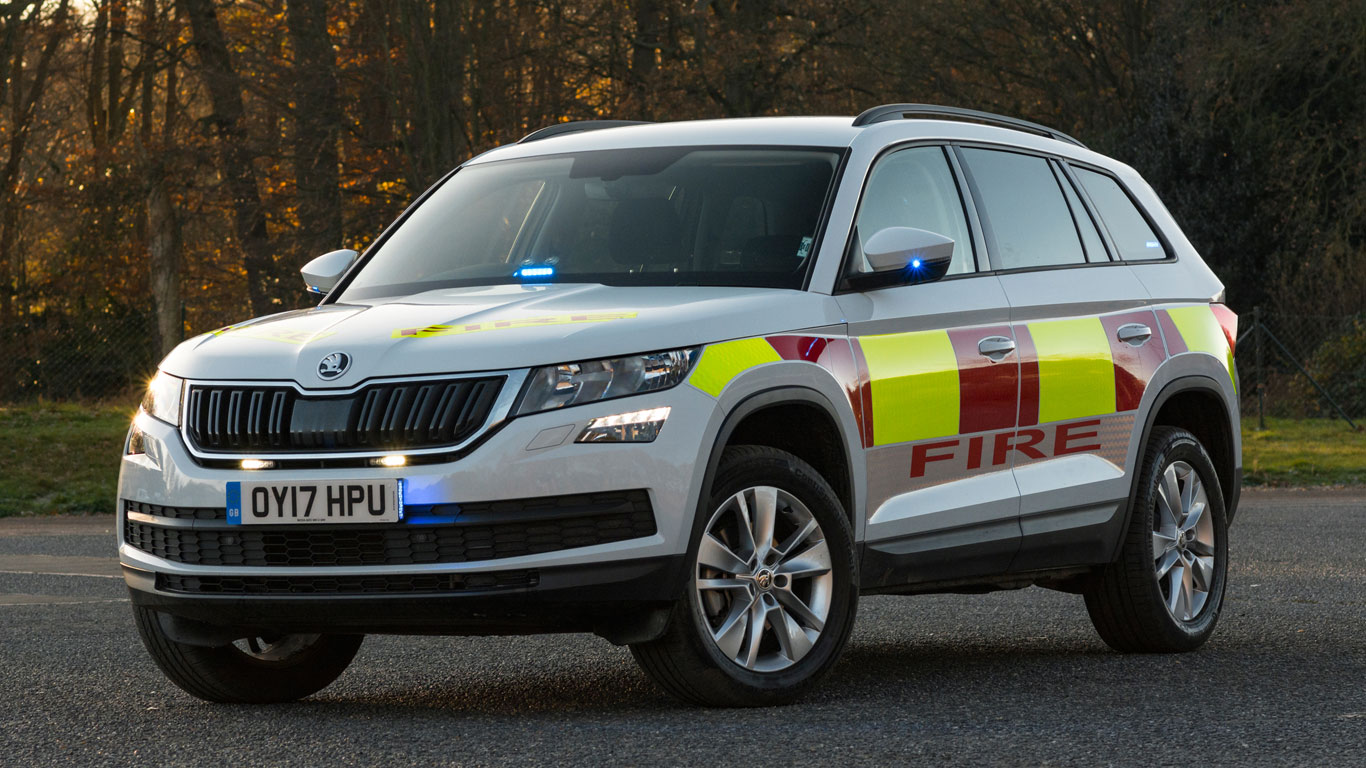 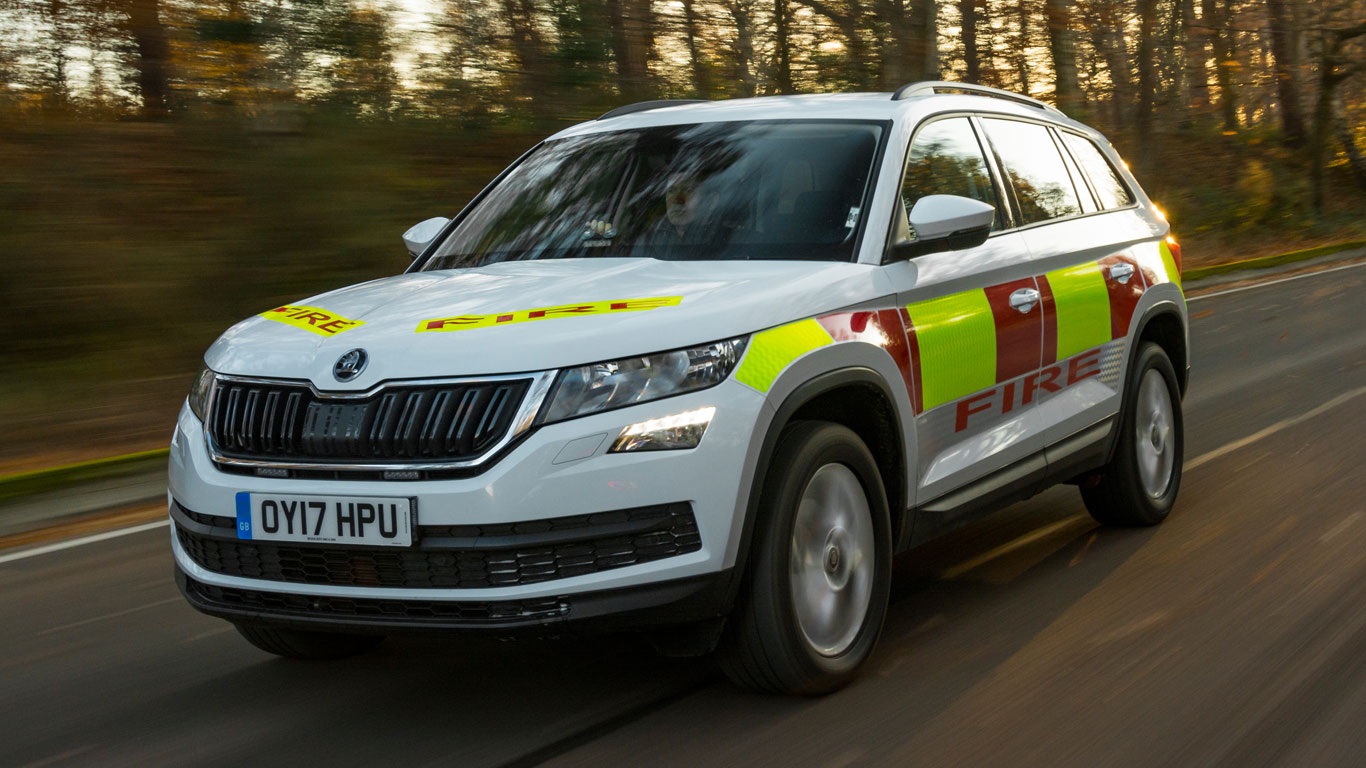 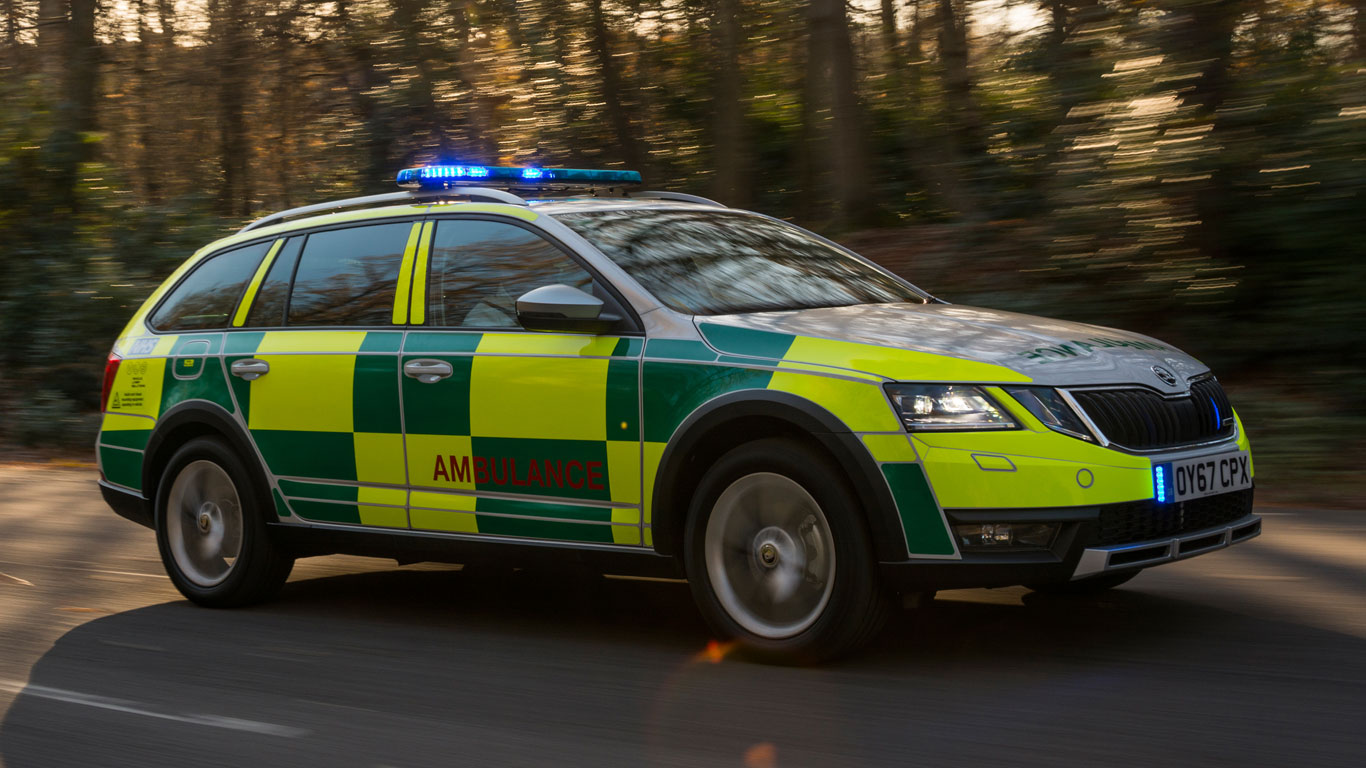 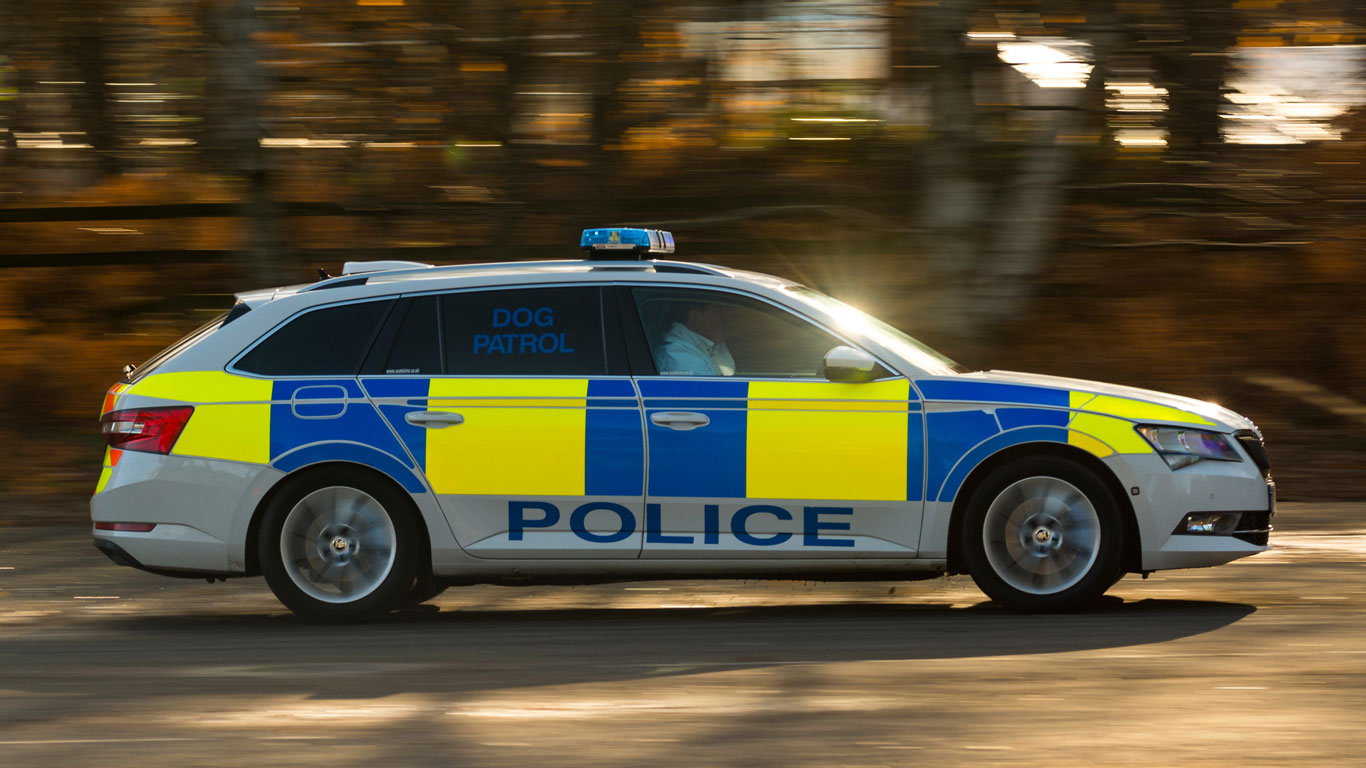 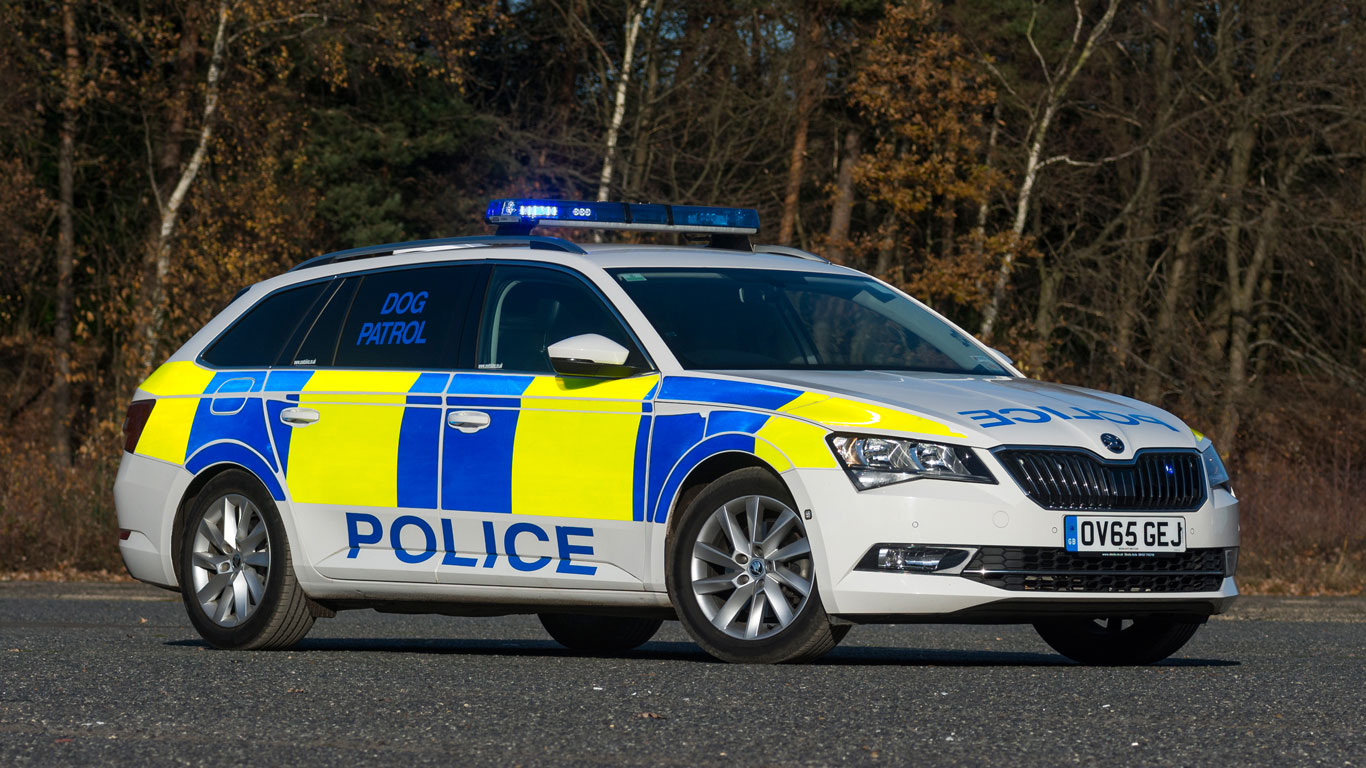