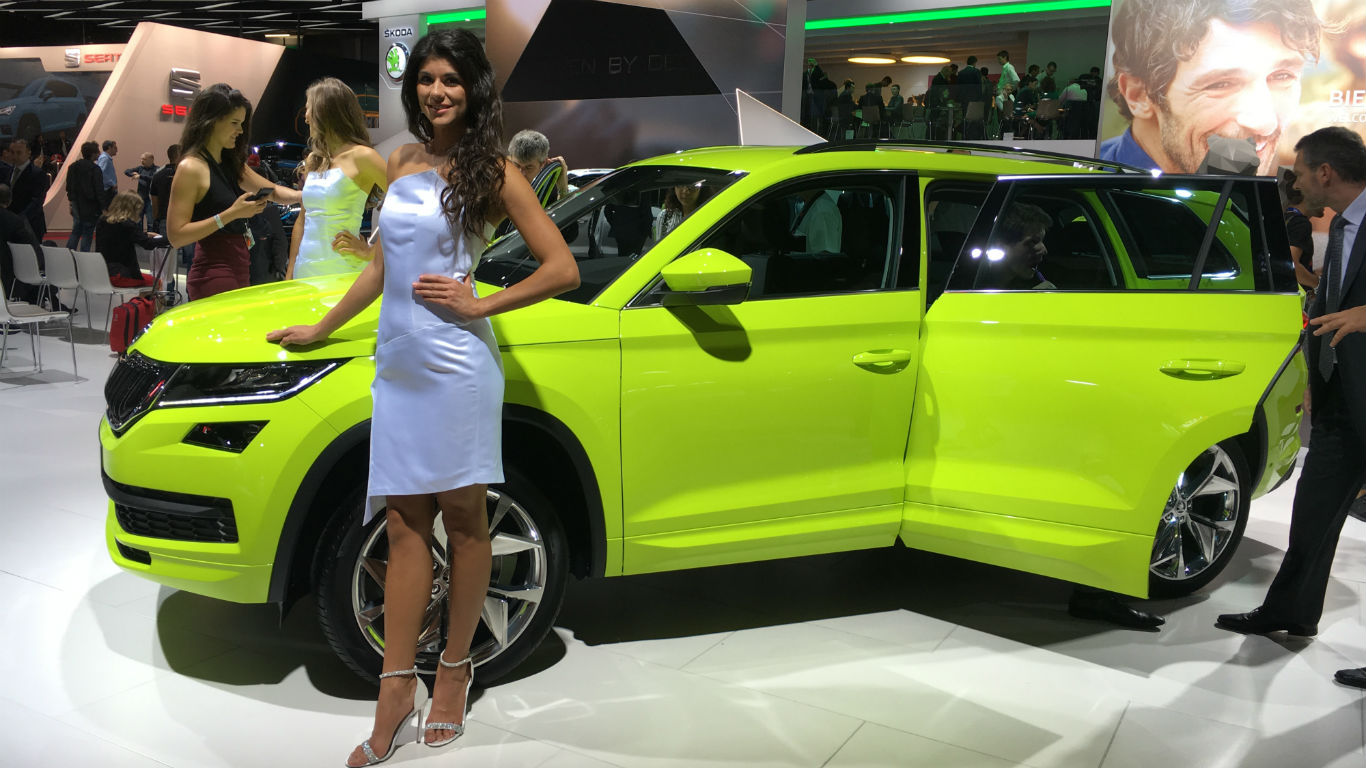 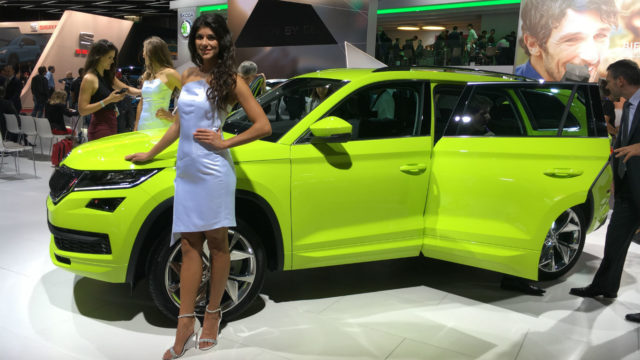 After months of teasing, the new Skoda Kodiaq SUV made its official public debut at the 2016 Paris Motor Show.

Available as a five- or seven-seater, the Kodiaq is the firm’s first SUV and will rival the likes of the Hyundai Santa Fe and Kia Sorento when it goes on sale later this year.

At 4.7m long, the Kodiaq is the longest vehicle to sit on VW Group’s versatile MQB platform, but weight has been kept down to less than 1.5-tonnes in front-wheel-drive petrol form.

The manufacturer says it will trump rivals on space and value – with prices expected to start at less than £25,000. For comparison, the Kia Sorento starts at £28,795. 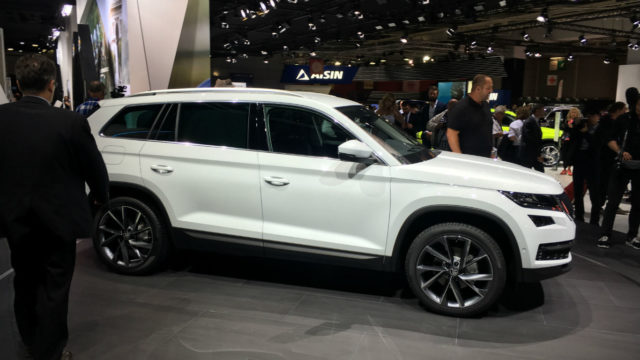 It’ll be packed with technology – including a bird’s-eye-view camera for low-speed manoeuvring, as well as semi-autonomous functions that activate in the case of a crash.

A six-speed manual gearbox and six or seven-speed DSG automatic ‘boxes are offered, along with the choice of front- or four-wheel drive.

An off-road mode suggests the Kodiaq will have genuine rough-terrain capability, although we’ll find out exactly how much when we test it later in the year.

Everything you need to know about Lynk & Co

MG is axing car production in the UK