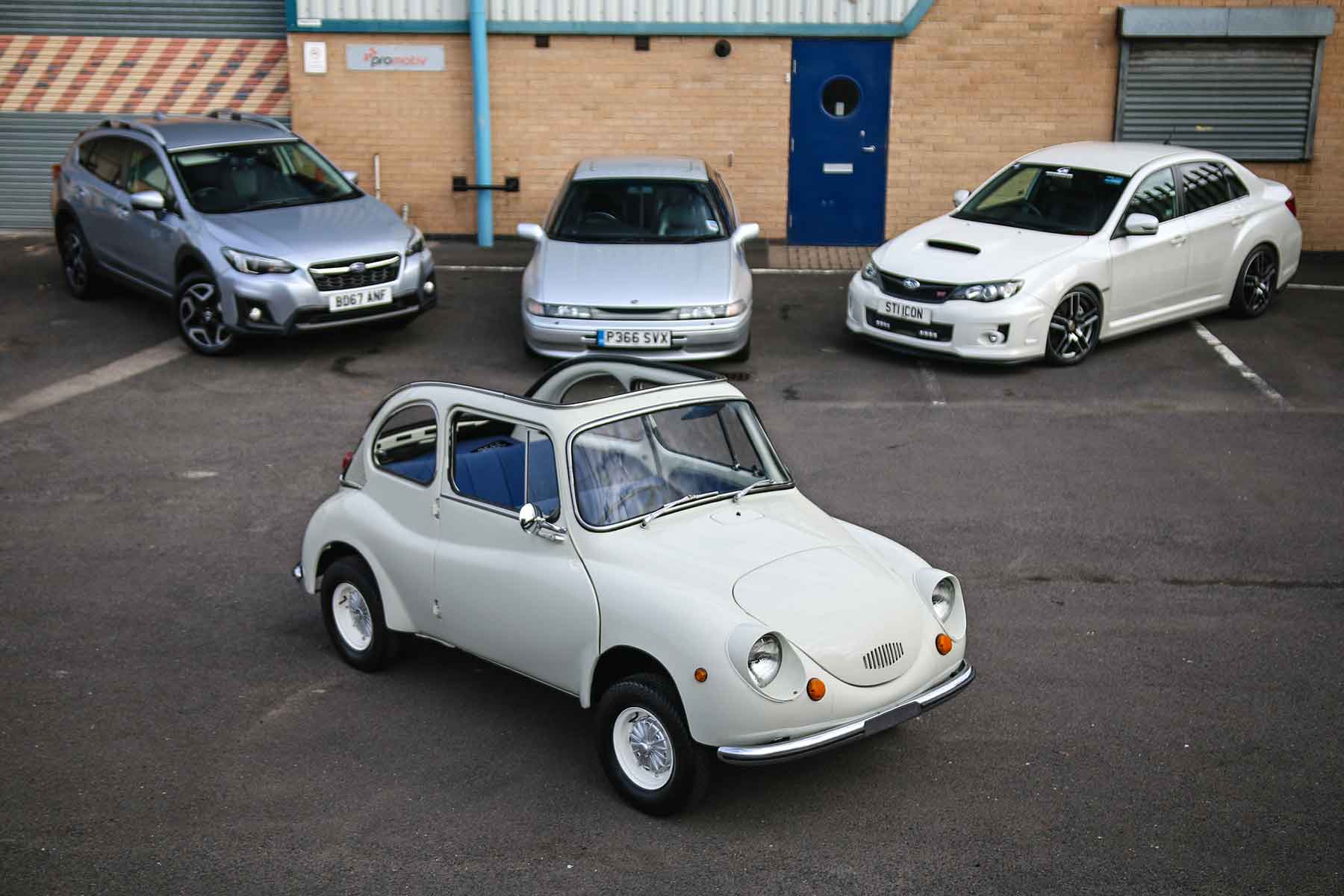 Subaru is one of the most interesting Japanese car manufacturers, if hardly the most prolific. A steady stream of incredible Imprezas defines it in the hearts and minds of enthusiasts, but there’s much more to this eclectic brand – as we’ll see.

Taking Subaru on merit of the Impreza alone is like looking only at the 911 for all things Porsche. How, then, do you get a grip on the weird and wonderful world of Subaru beyond the WRX? You start by visiting perhaps the most eager Subaru collector in the country.

Paul Cowland is a PR wizard, TV personality and self-proclaimed 1980s tat enthusiast. That is, of course, a very self-deprecatory way of describing a very cool collection of cars, many of which are Subarus. There is a token Impreza – although not a typical choice – but the rest is leftfield, foreign market-specific or just plain weird.

Let’s dive in to perhaps the most unique all-Subaru car collections in the world. 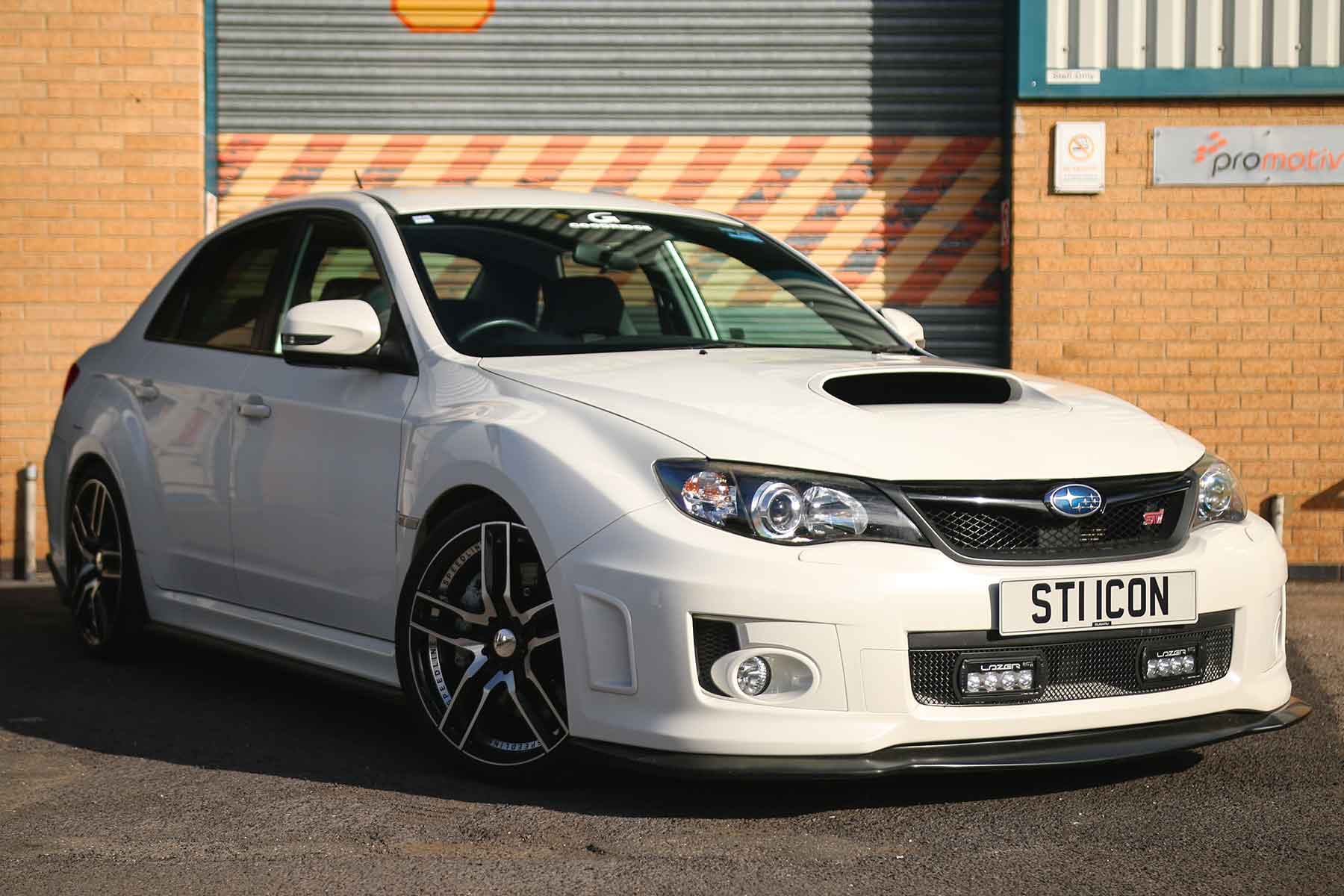 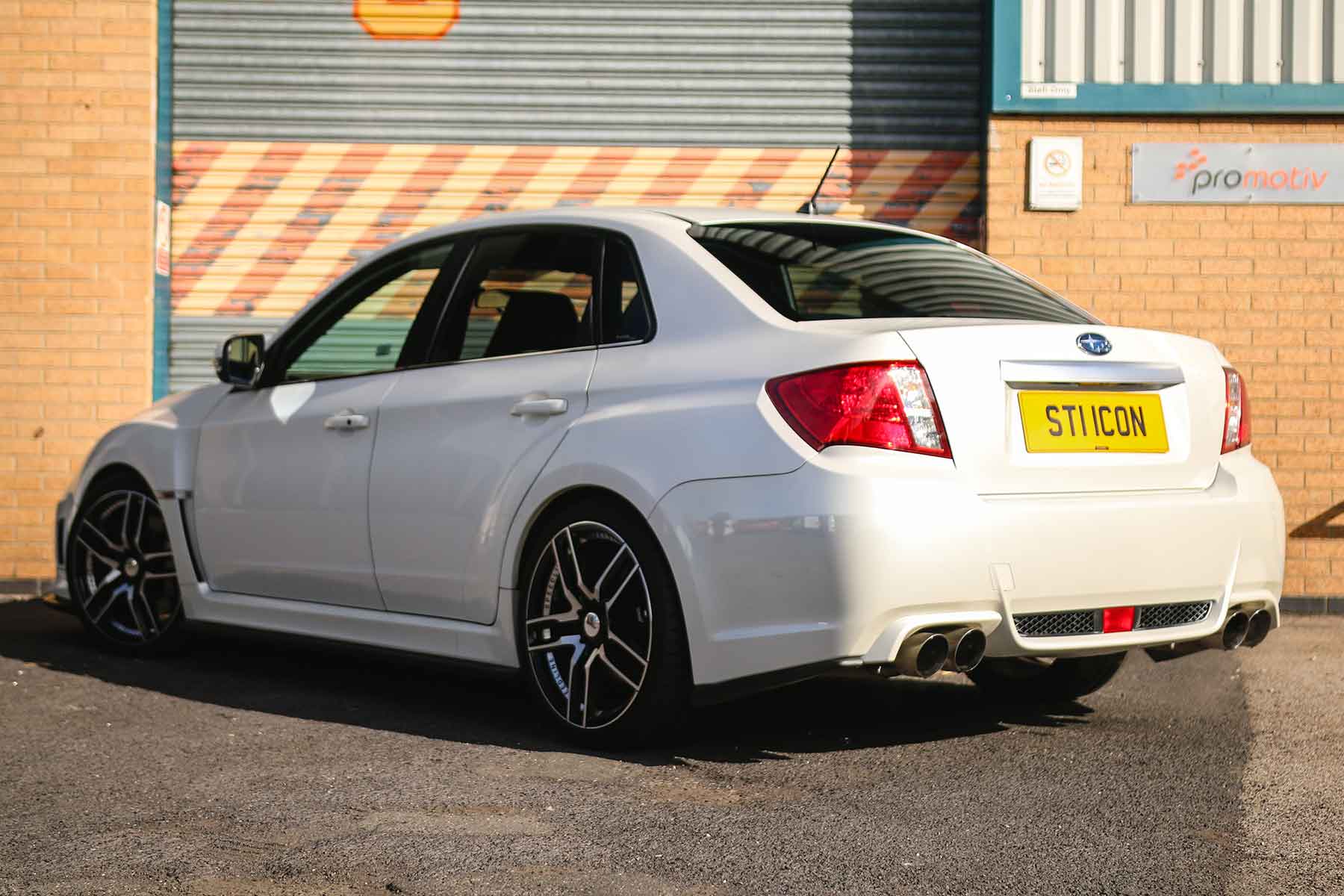 Firstly, that Impreza – it’s not the typical rally refugee you might expect. Paul himself is a veteran of a very specific era in car modification culture. He had a (now very sought-after and expensive) Impreza 22B around the time it was new – the archetypal stage-splattered Scoob. This… is not a 22B.

It’s a saloon version of the Impreza hatchback launched in 2010. The car spent its working life ripping around skid pans, showing people what the Impreza can do. It’s also a parts guinea pig for in-house tuner Pro R and boasts a not-inconsiderable 370hp. This wingless white wonder is the perfect Scooby sleeper. 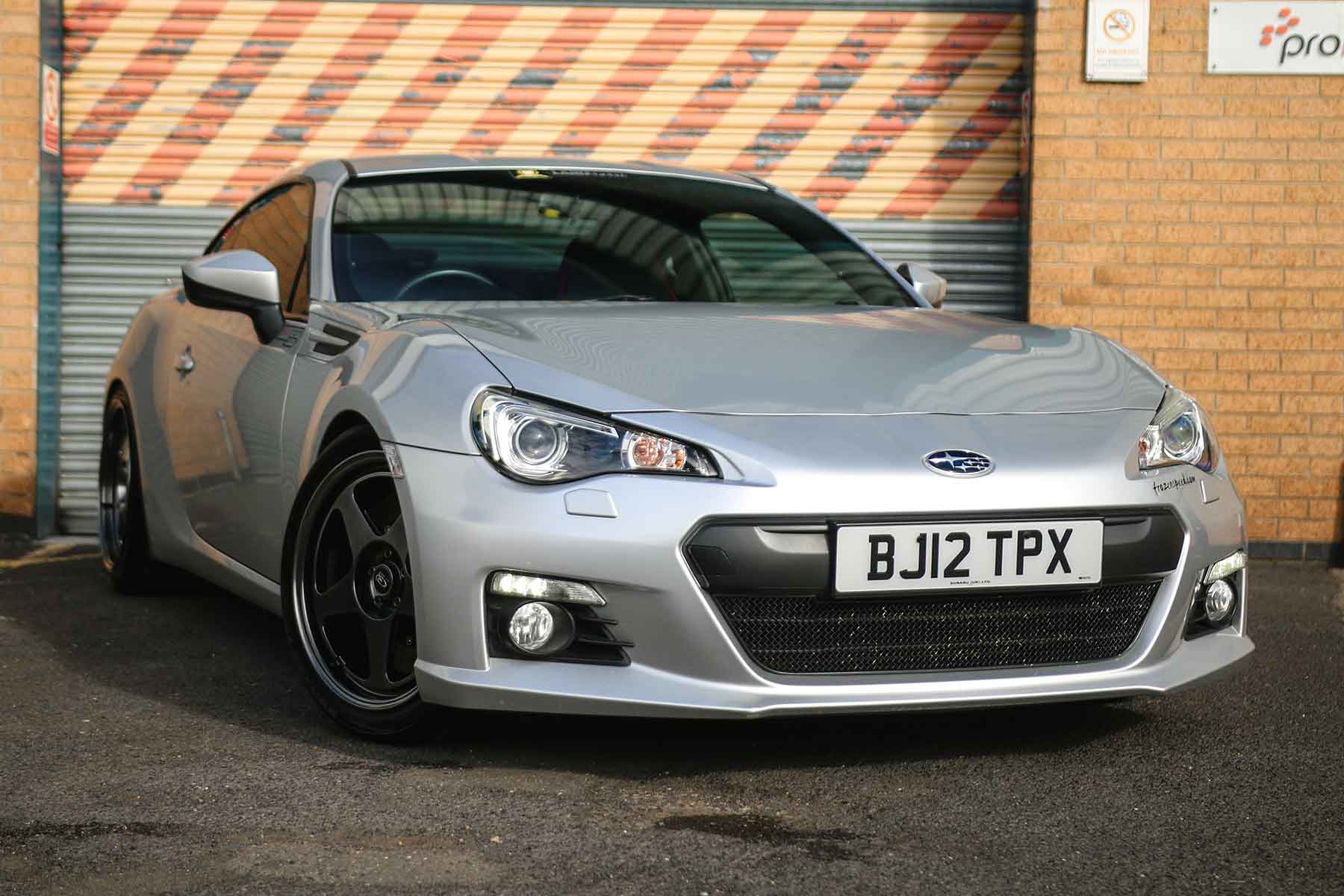 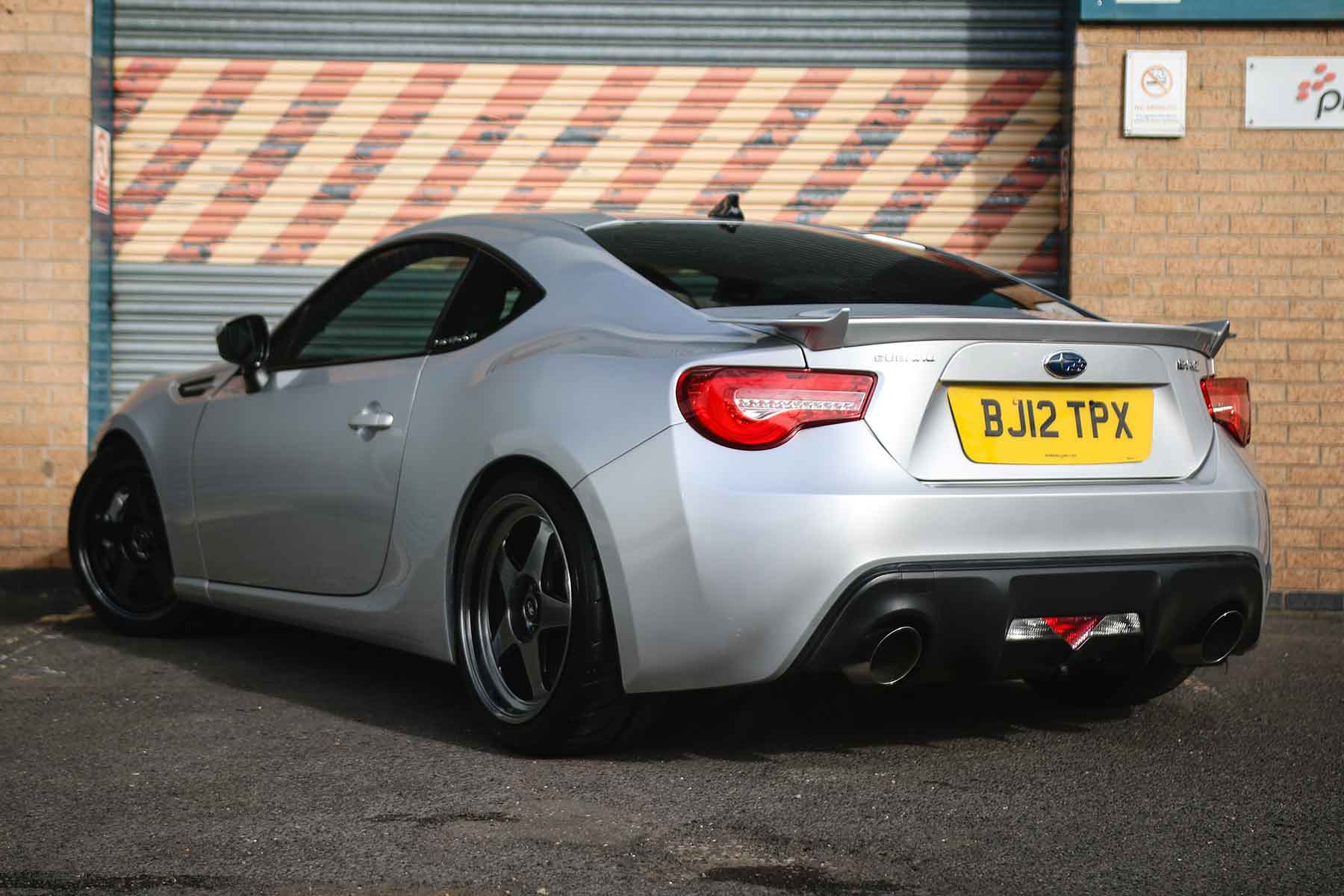 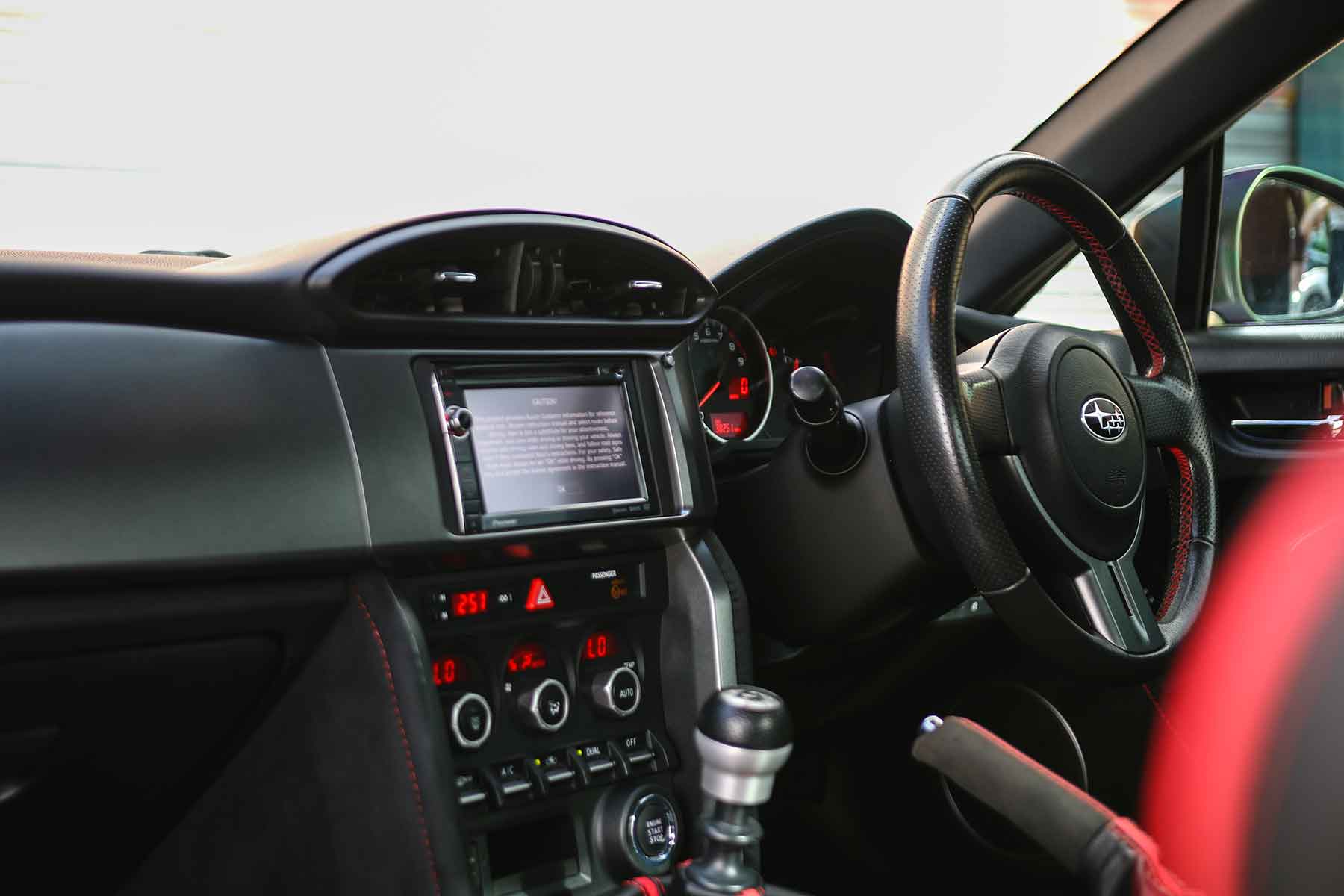 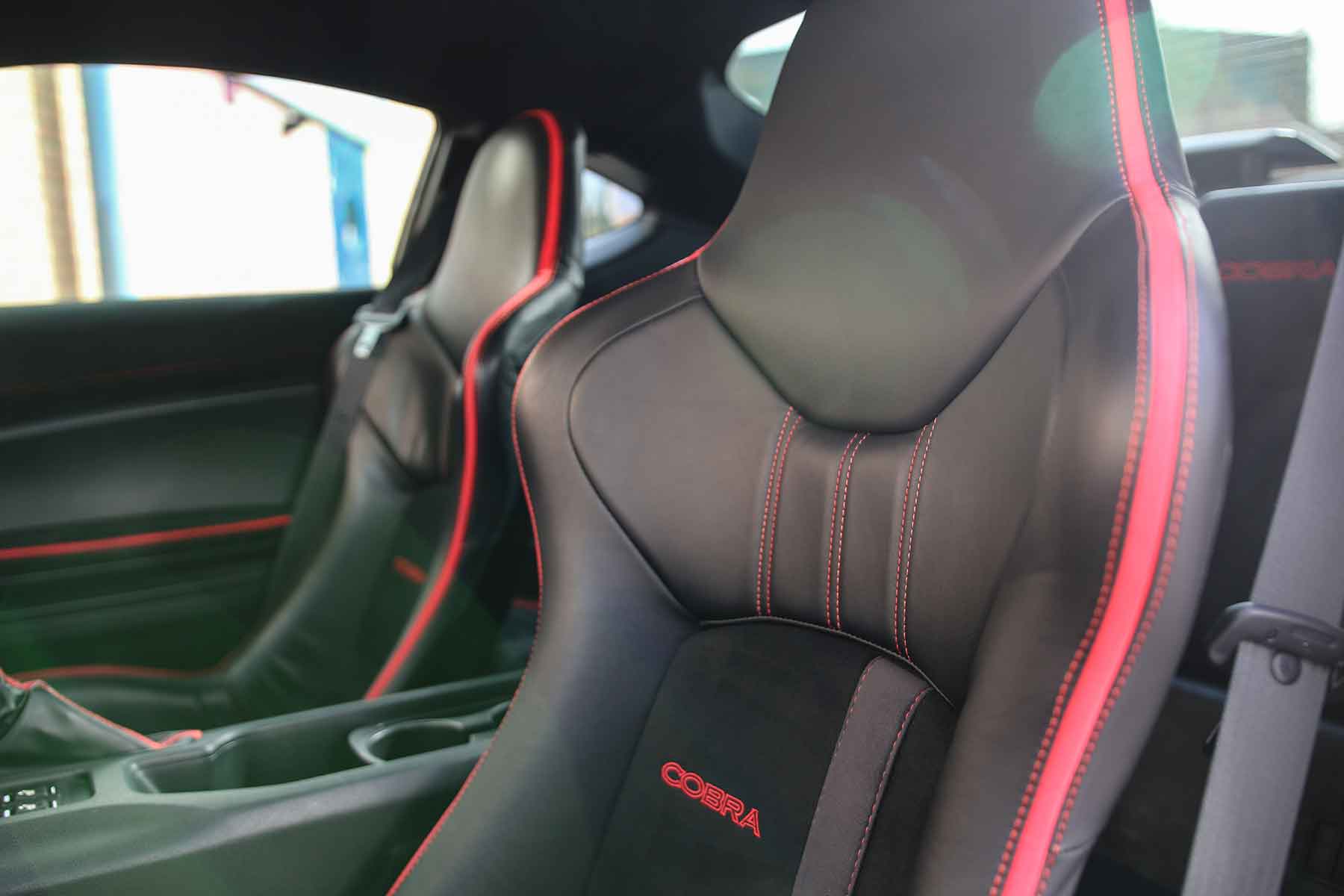 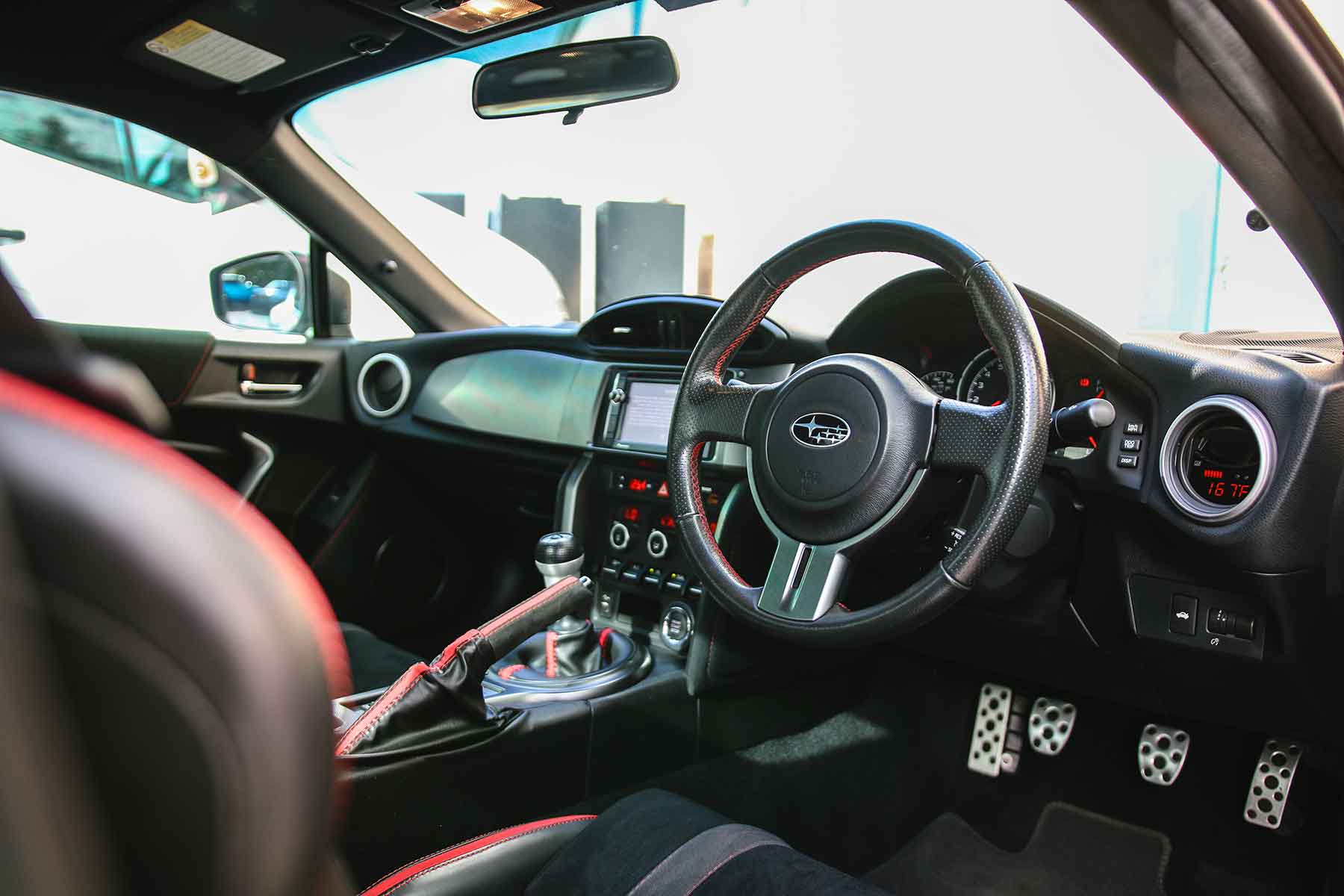 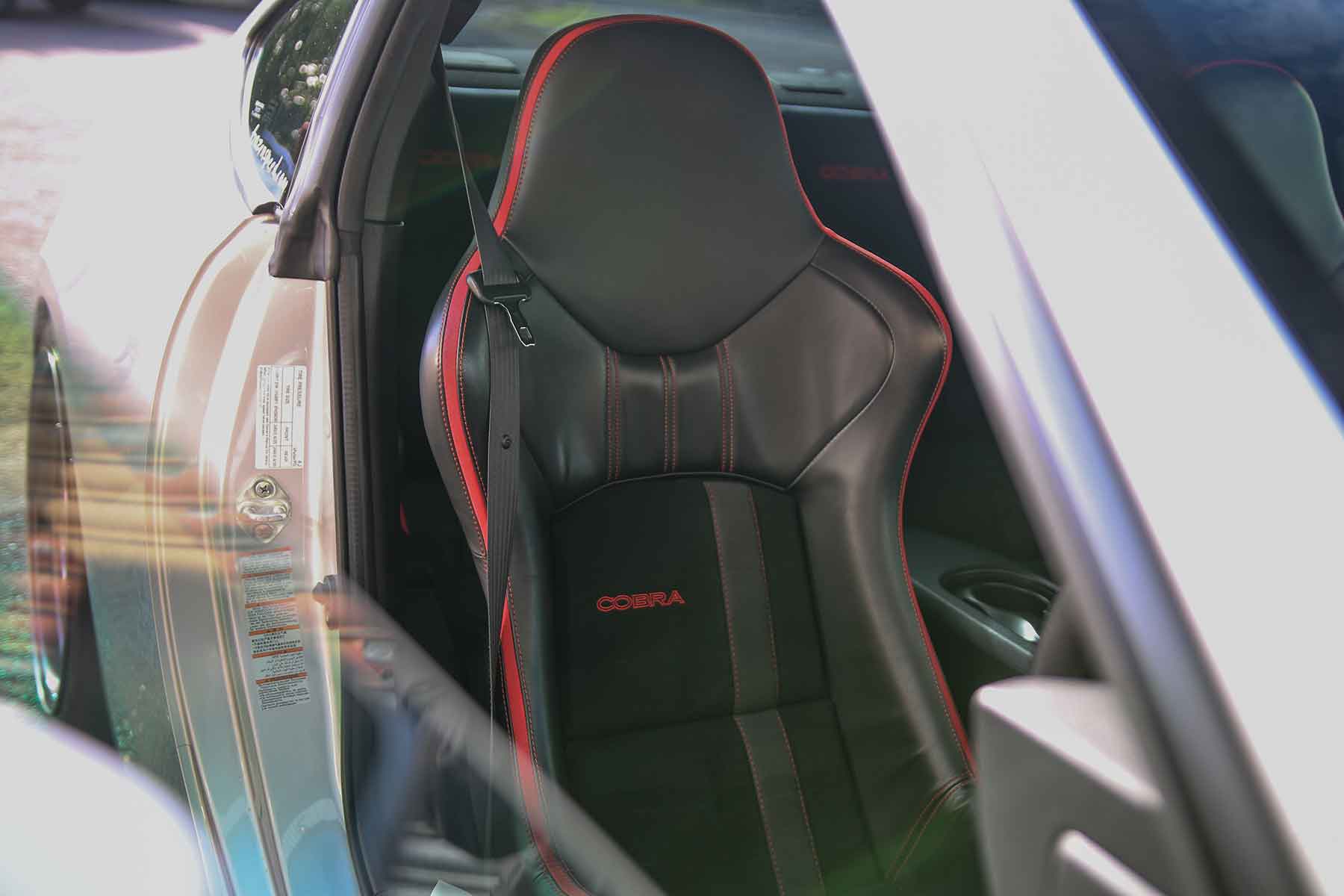 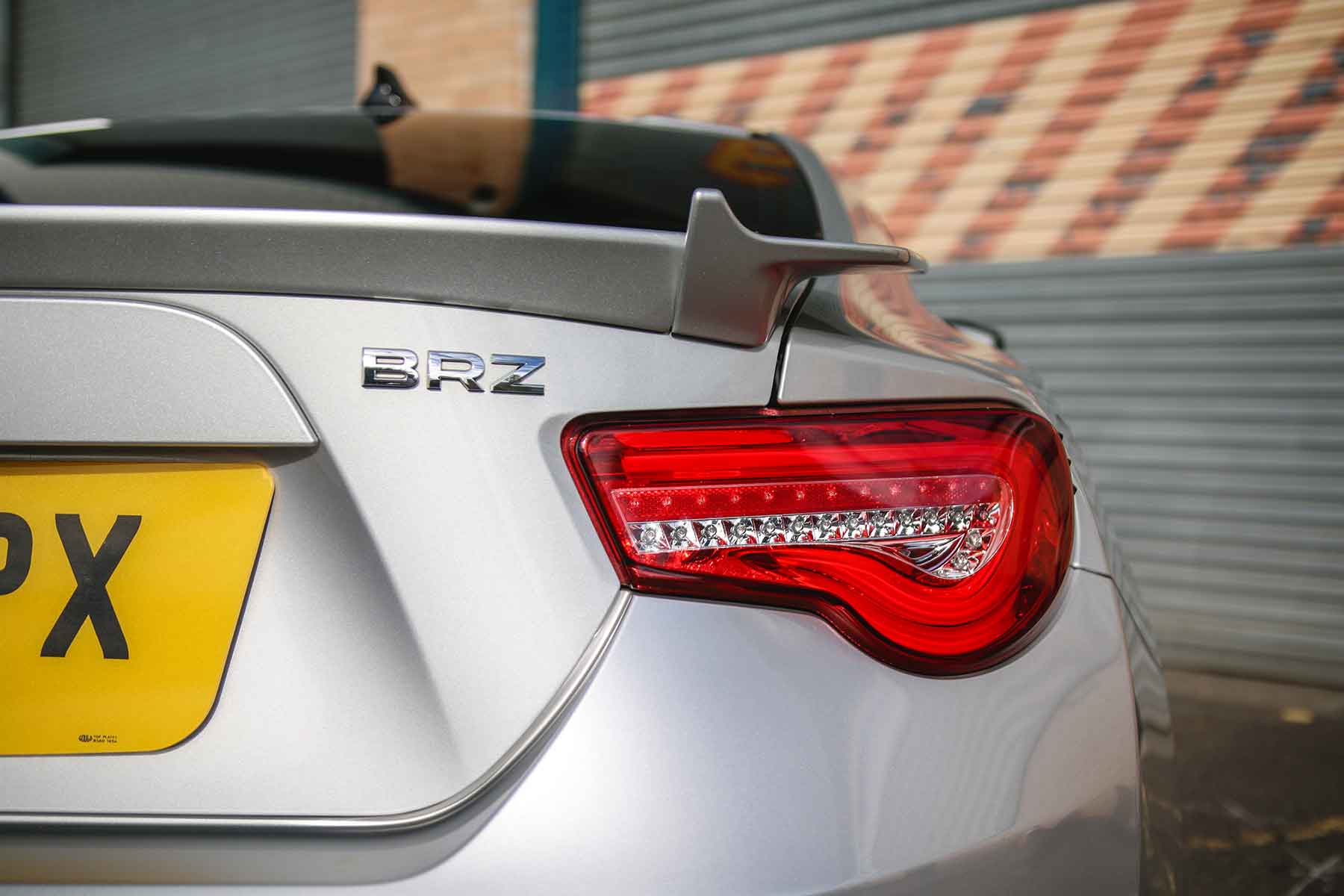 This is quite an important car in the pantheon of Subarus, especially in the UK, as it’s the first BRZ registered here. Naturally, that suggests this was once in the careful ownership of Subaru UK. We say ‘careful’ because it, like the Impreza, has seen a decent amount of action. In its current, perfectly-optimised state, it’s broadly reminiscent of what this car was for – a prototyping vehicle for tuning parts.

It’s got 40hp over standard, dialled-in coilover suspension for perfect fitment, Toyo track tyres and a proper exhaust rasp to boot. This is the ultimate Subaru track toy. 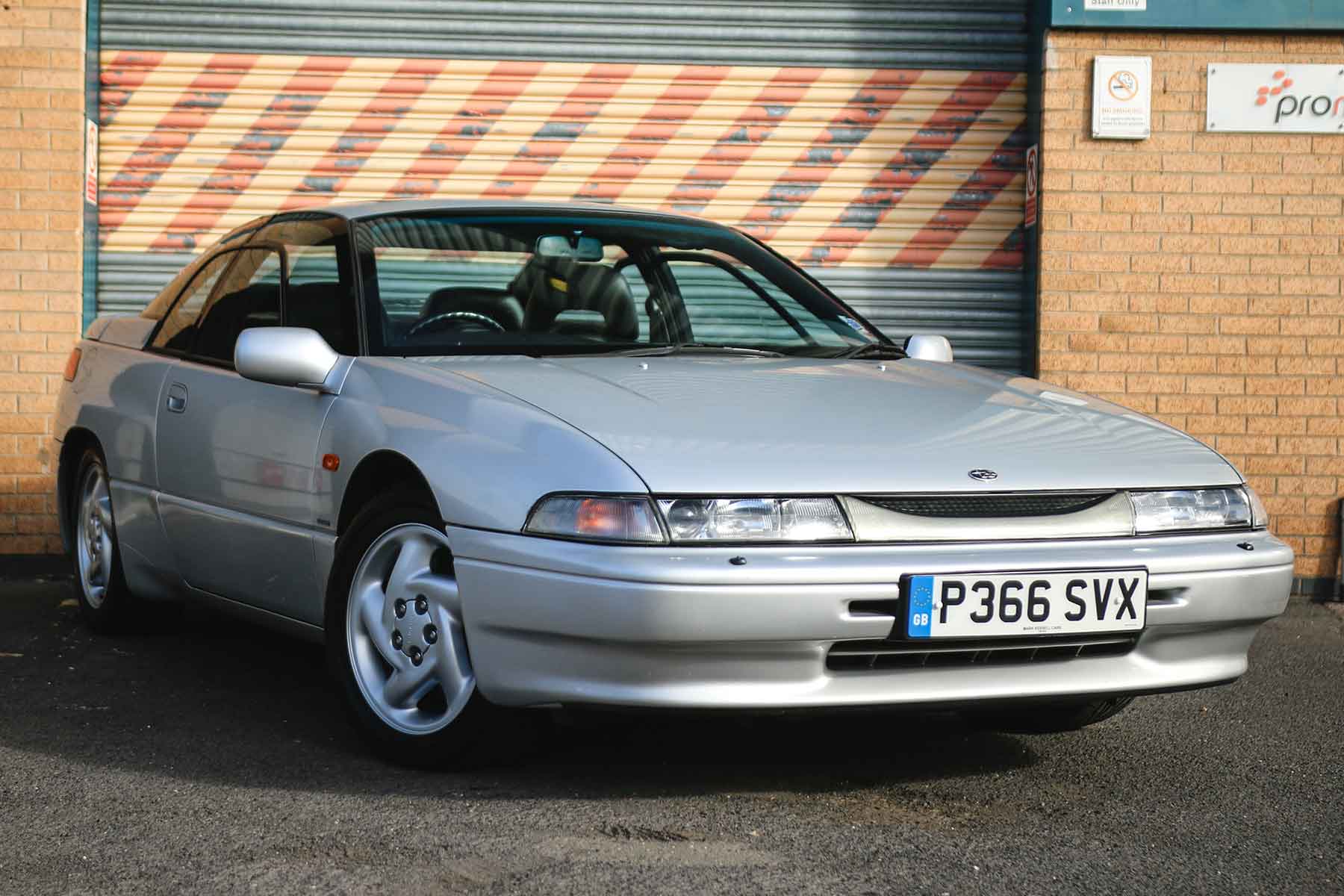 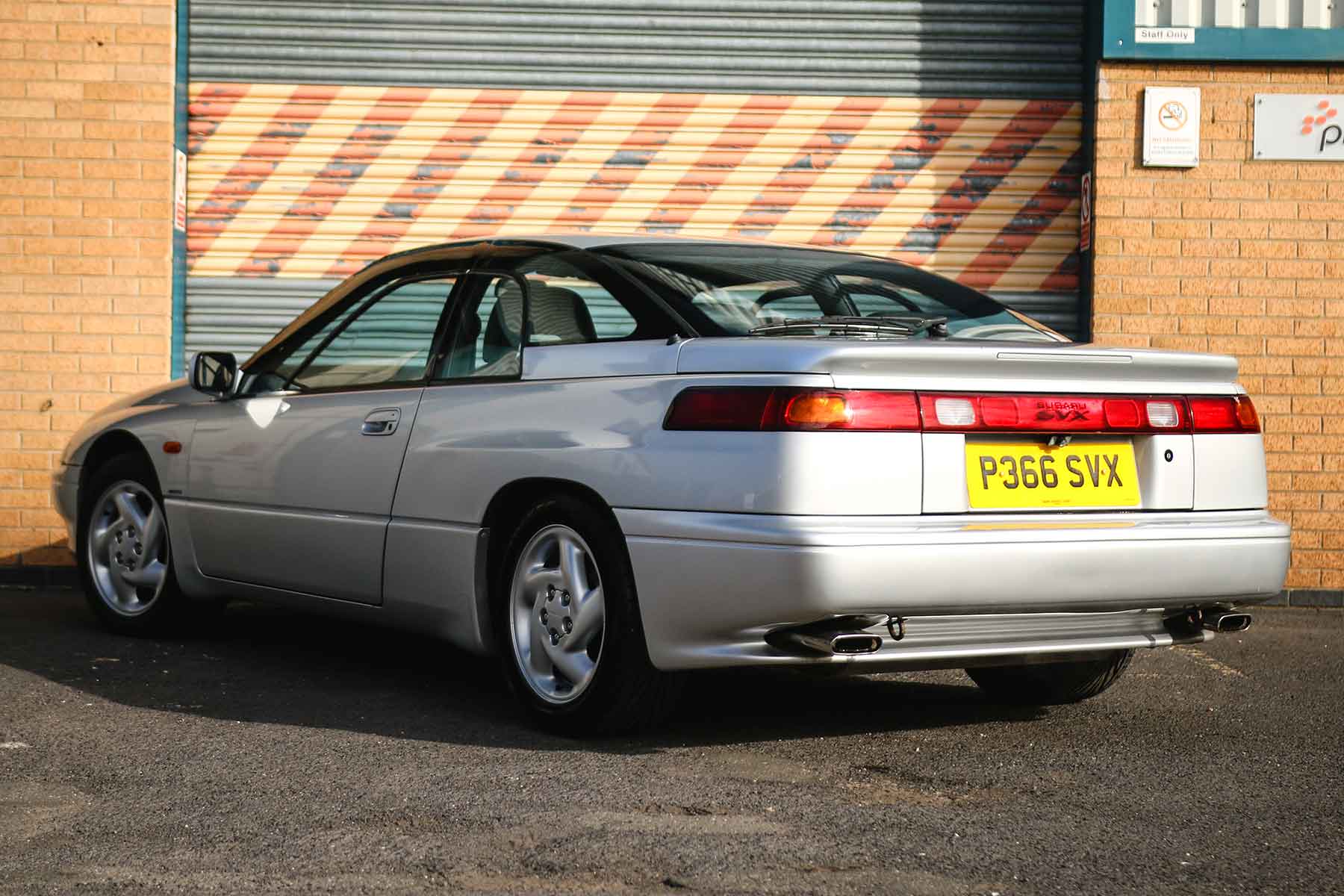 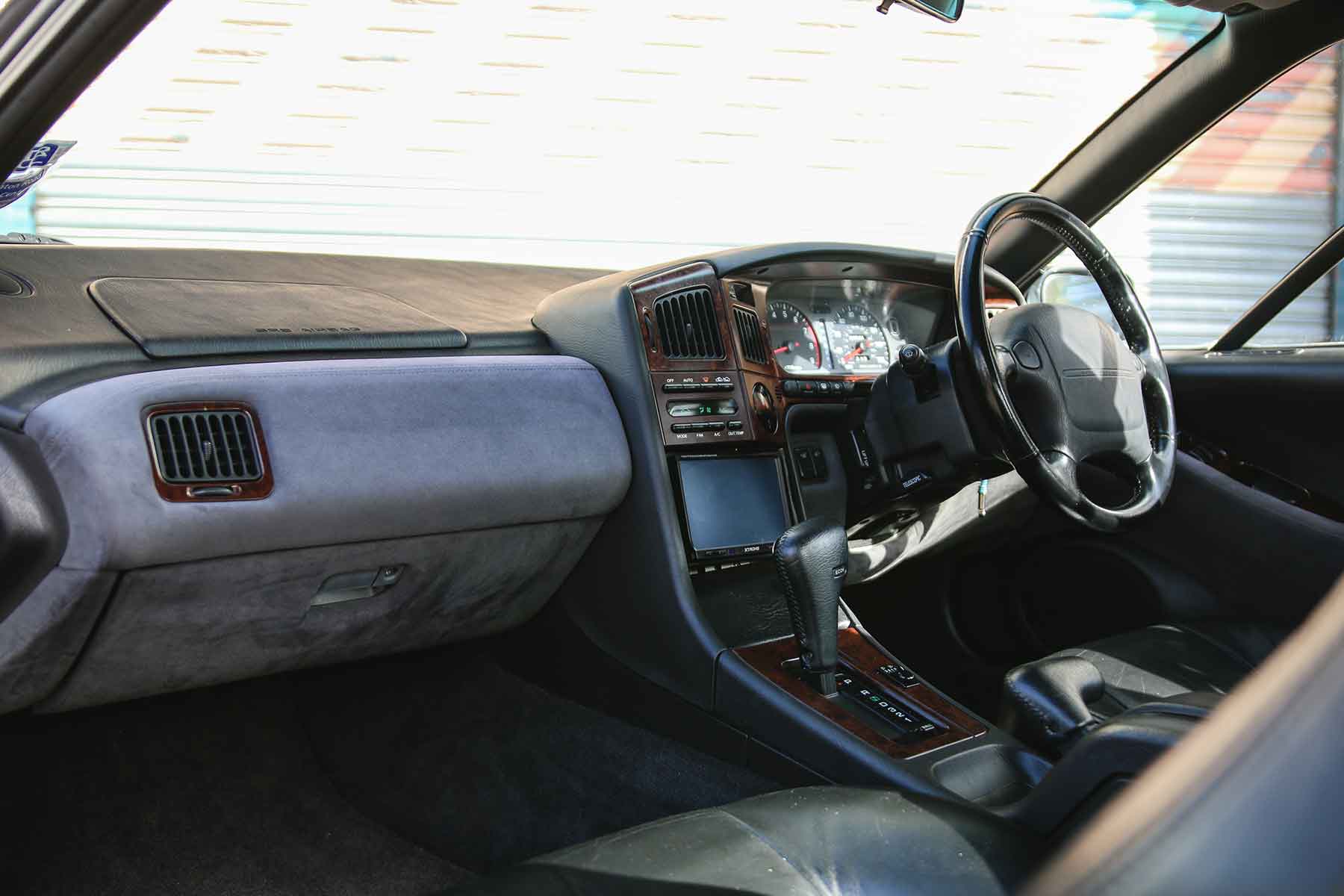 The best way to introduce the weirder years, meet the Subaru SVX. It’s four-seat, low-slung GT car, not unlike what the Lexus LC is today – funky window line and all. It has a 3.3-litre flat-six engine and, at the time of release, was something of a rival to Porsche’s ageing 928, the Mitsubishi 3000GT and Lexus SC. Infamously, it put power to all four wheels via a much-derided automatic transmission.

The Giugiaro-styled body is as arresting as it is unconventional: contemporarily beautiful from some angles, just plain peculiar from others. Paul’s is a later 1997 car with 60,000 miles. Despite the need for a good thrashing and some TLC, it runs like a watch. 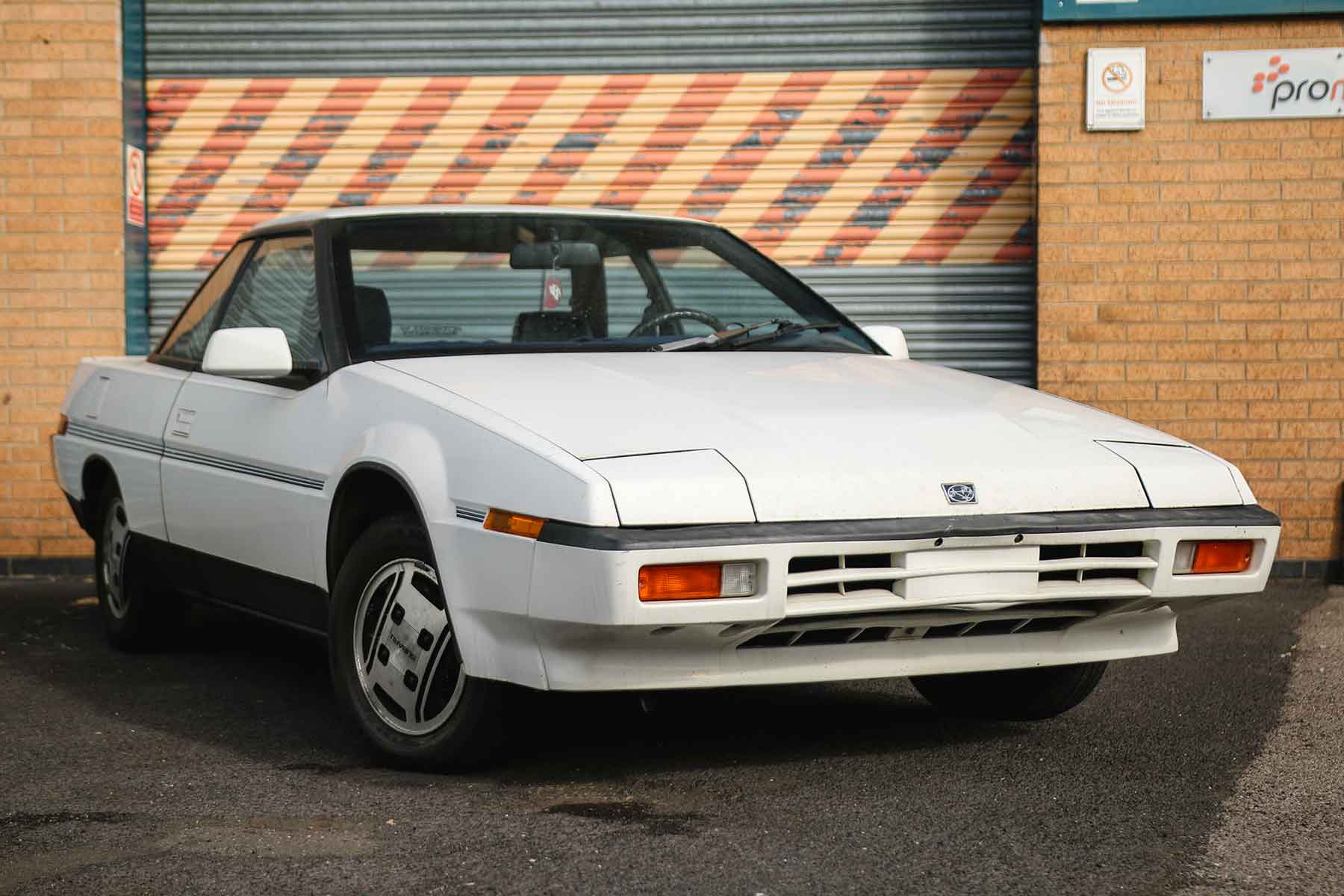 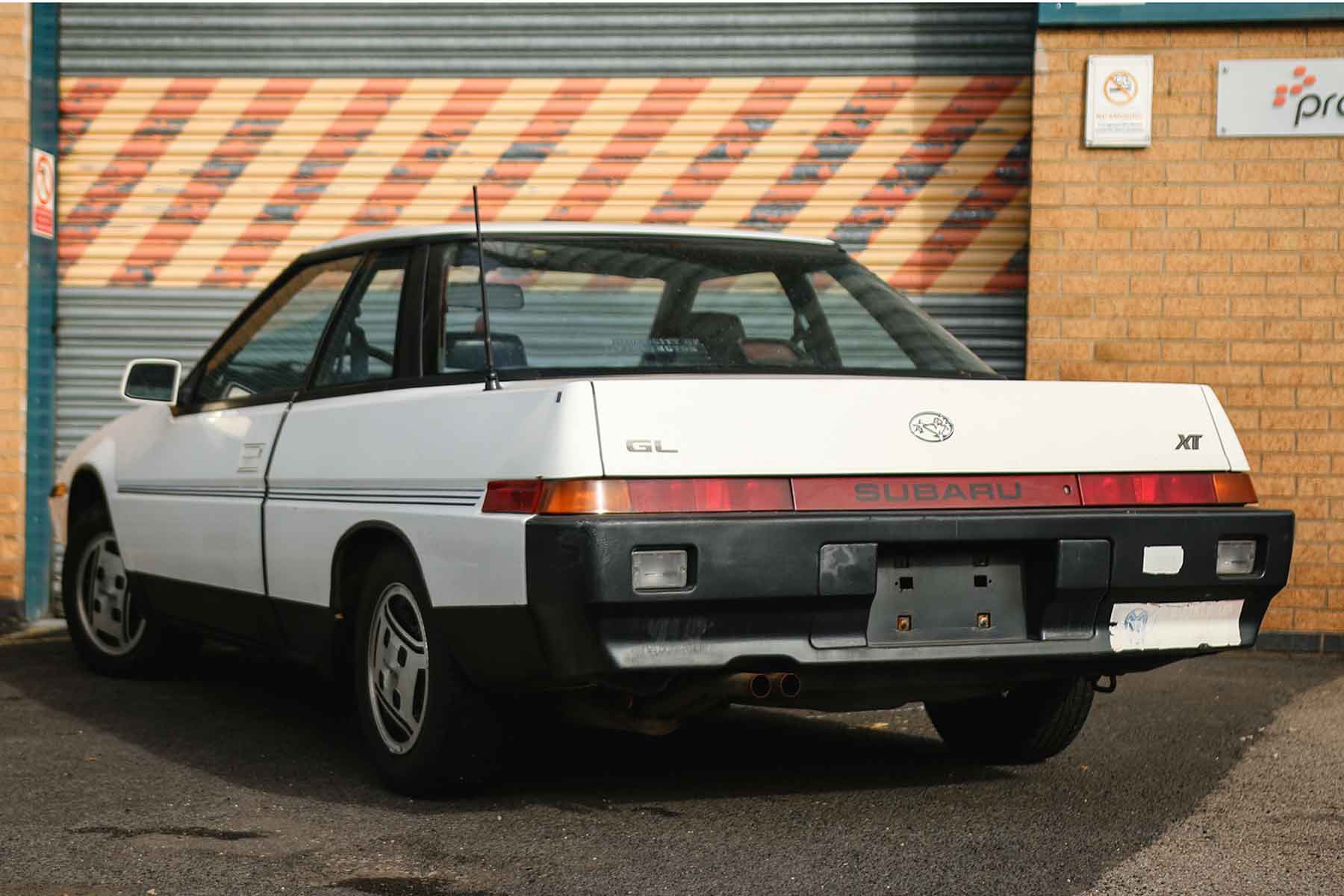 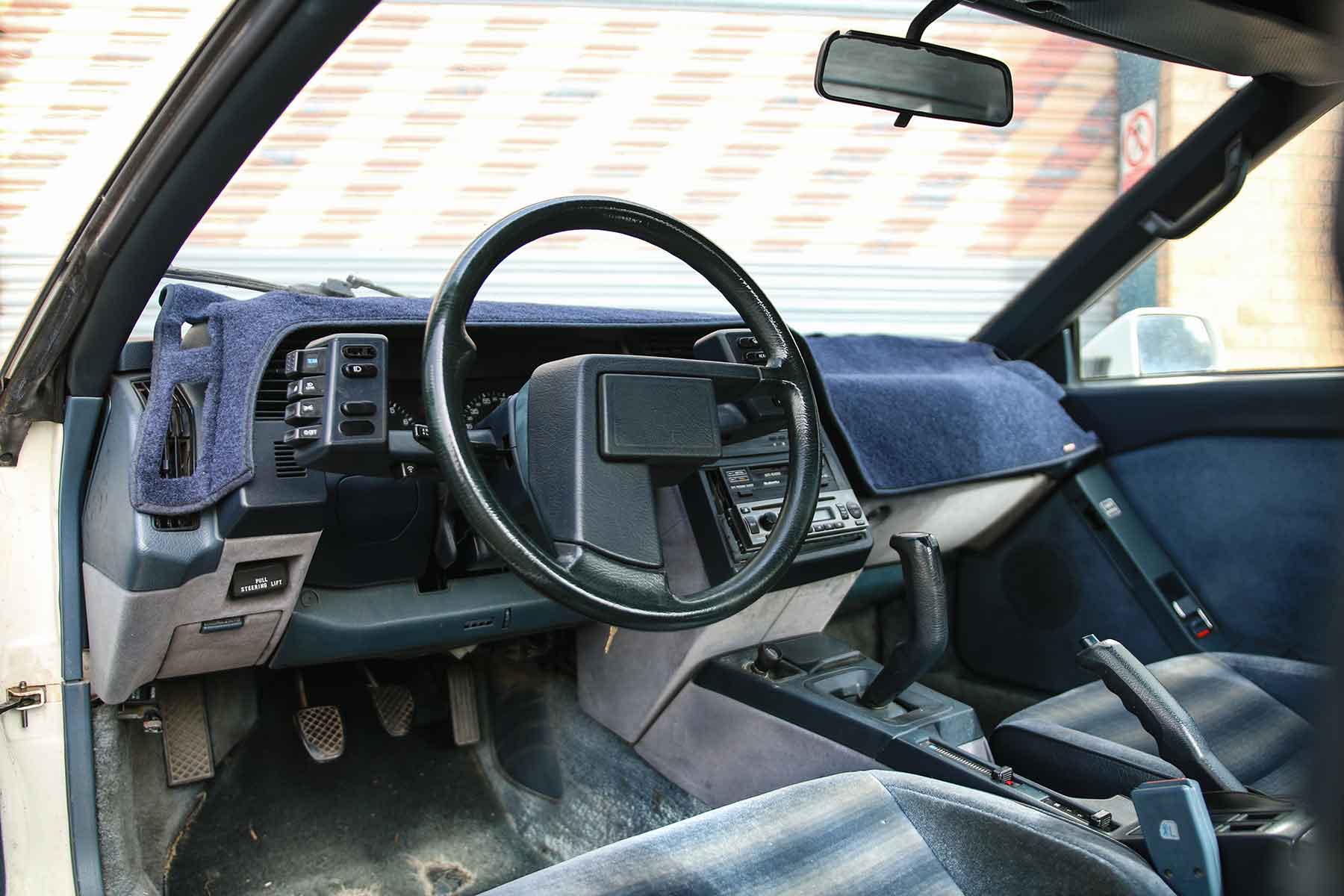 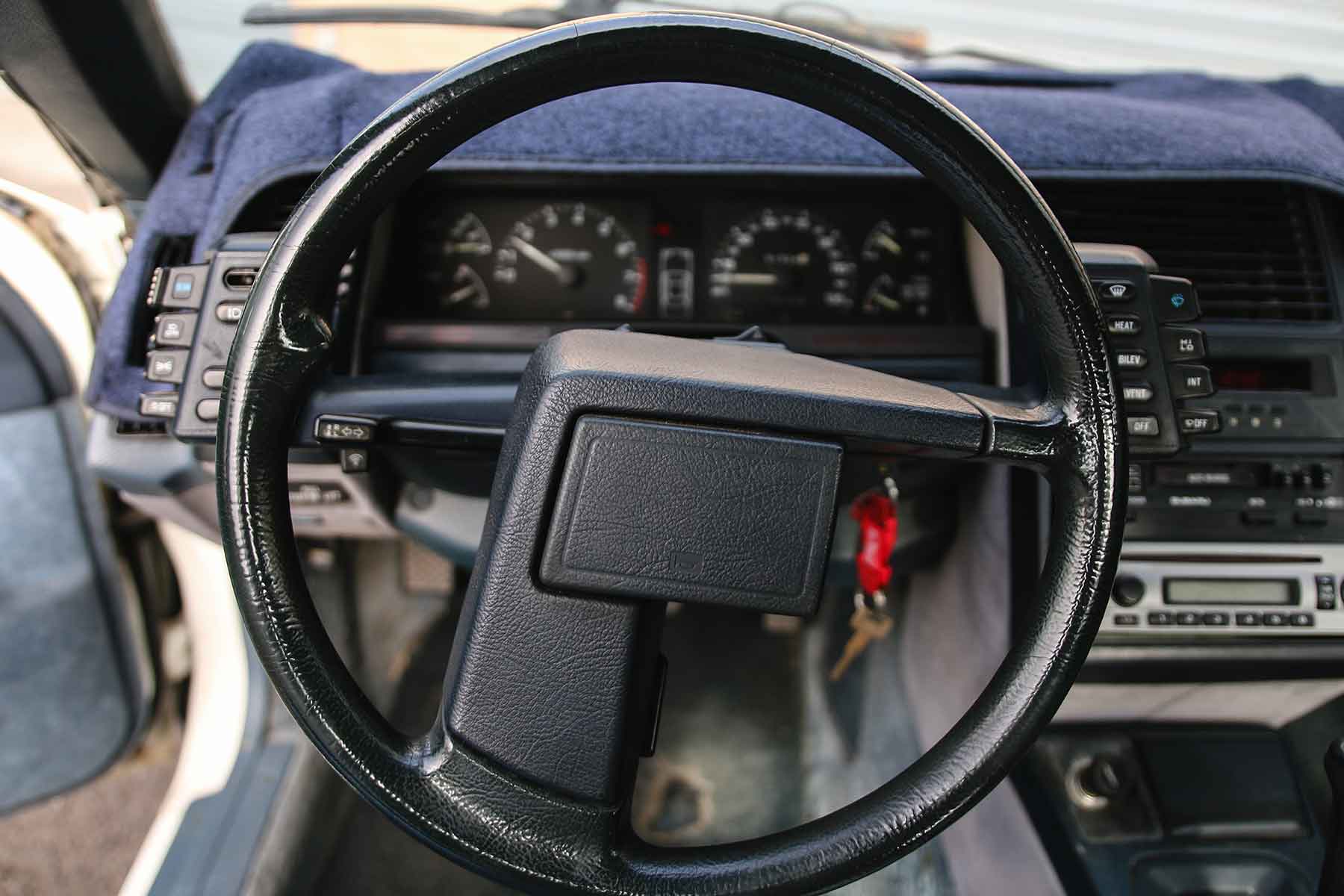 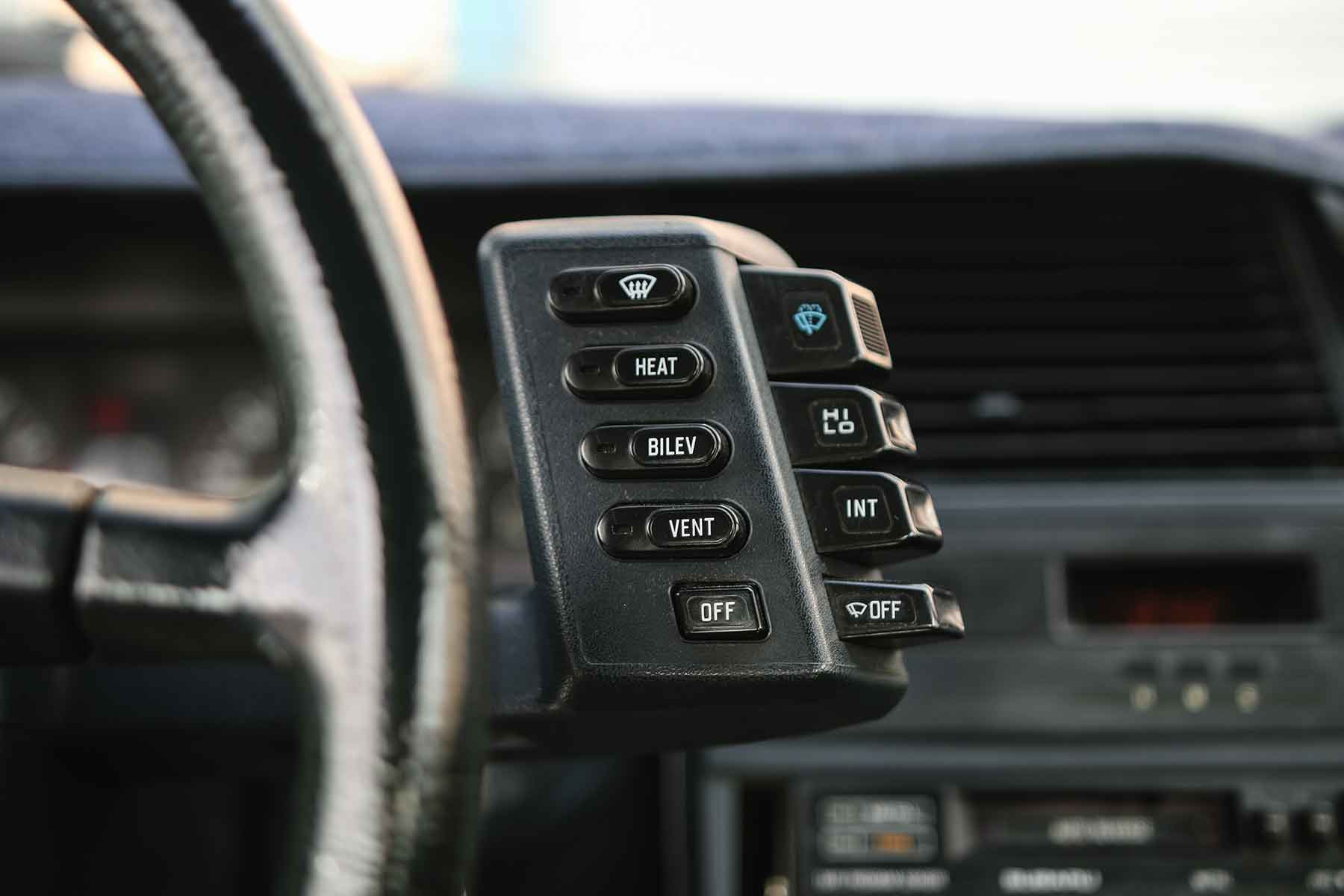 The tale of curious Subaru coupes continues with this delightful pre-restoration XT. Yes, it’s fresh out of the container from Washington and the perfect example of a ‘beater’ car, as the Americans call it – even down to the tired ‘University of Washington’ window stickers. Paul was amazed at the car’s clean bodywork given a life in one of the chillier (read: saltier) US states.

Yet again, even this daily driver coupe (not unlike a modern Honda Civic Si) is delightfully unconventional in a way only Subaru (and 1980s car design) could muster. That wedge shape boasts a drag coefficient that would impress even today. The cabin looks as if it was ripped from a Star Trek set. Space age and humdrum have never met in quite the same way. Expect Paul to pump out an immaculate restoration on this one. 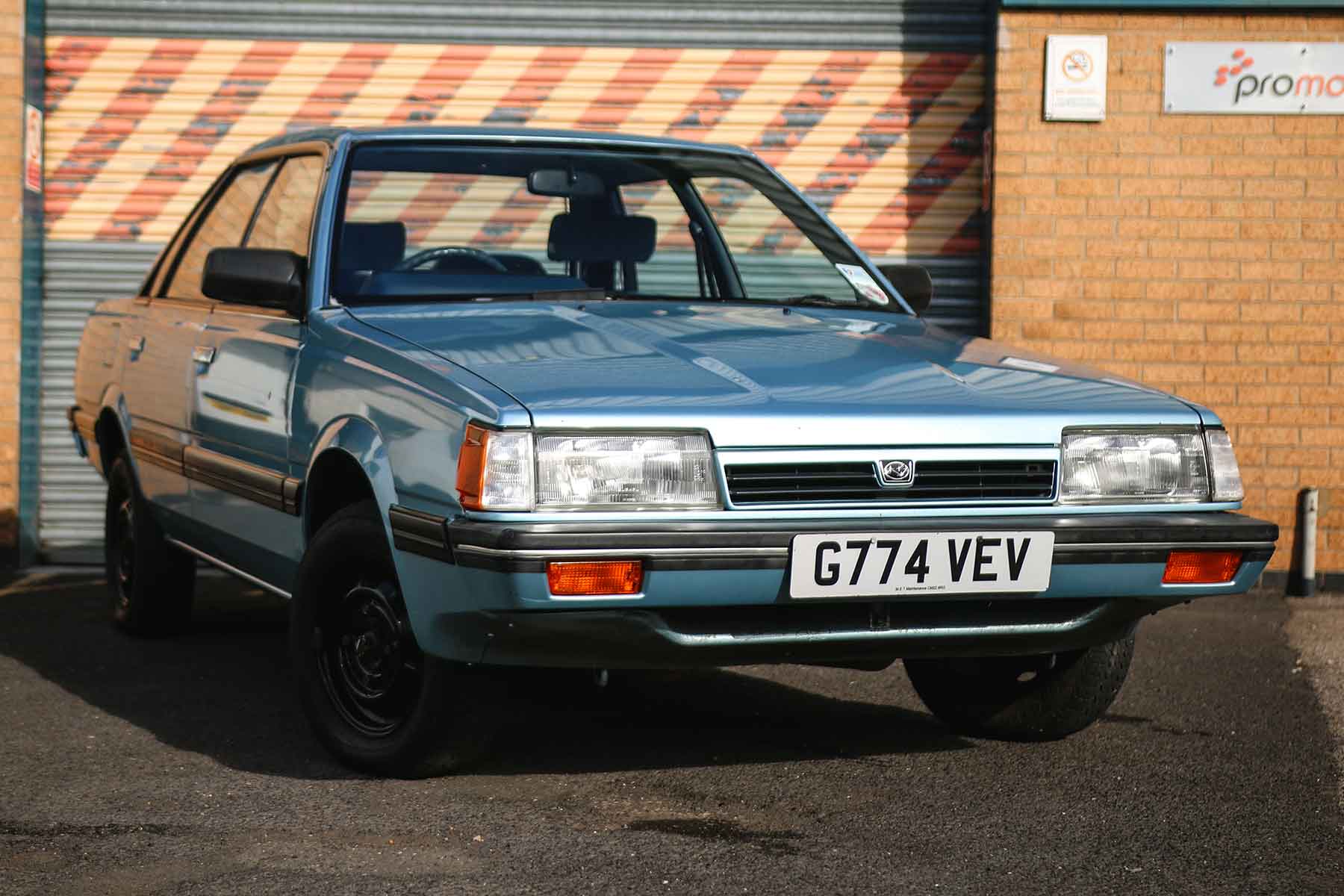 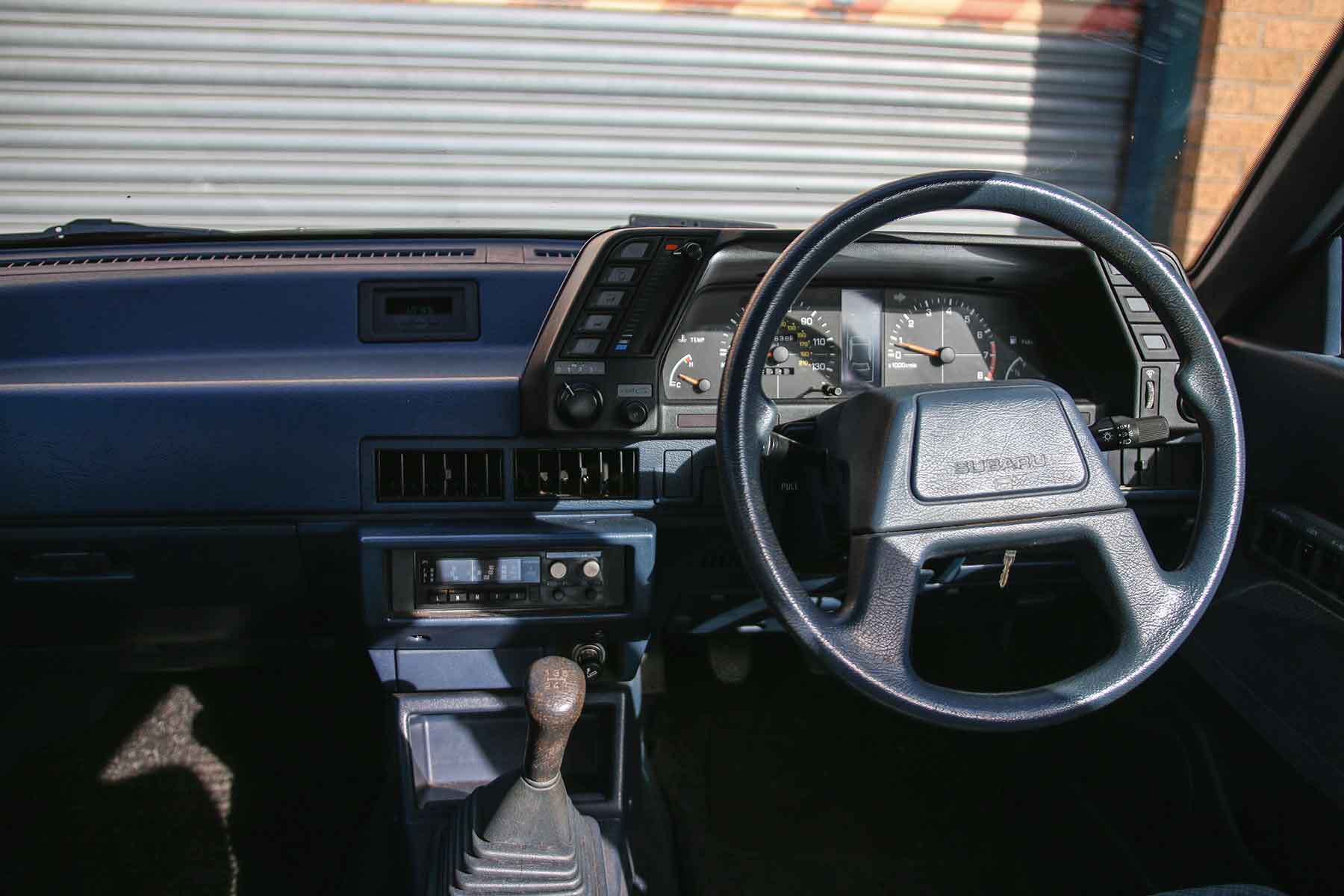 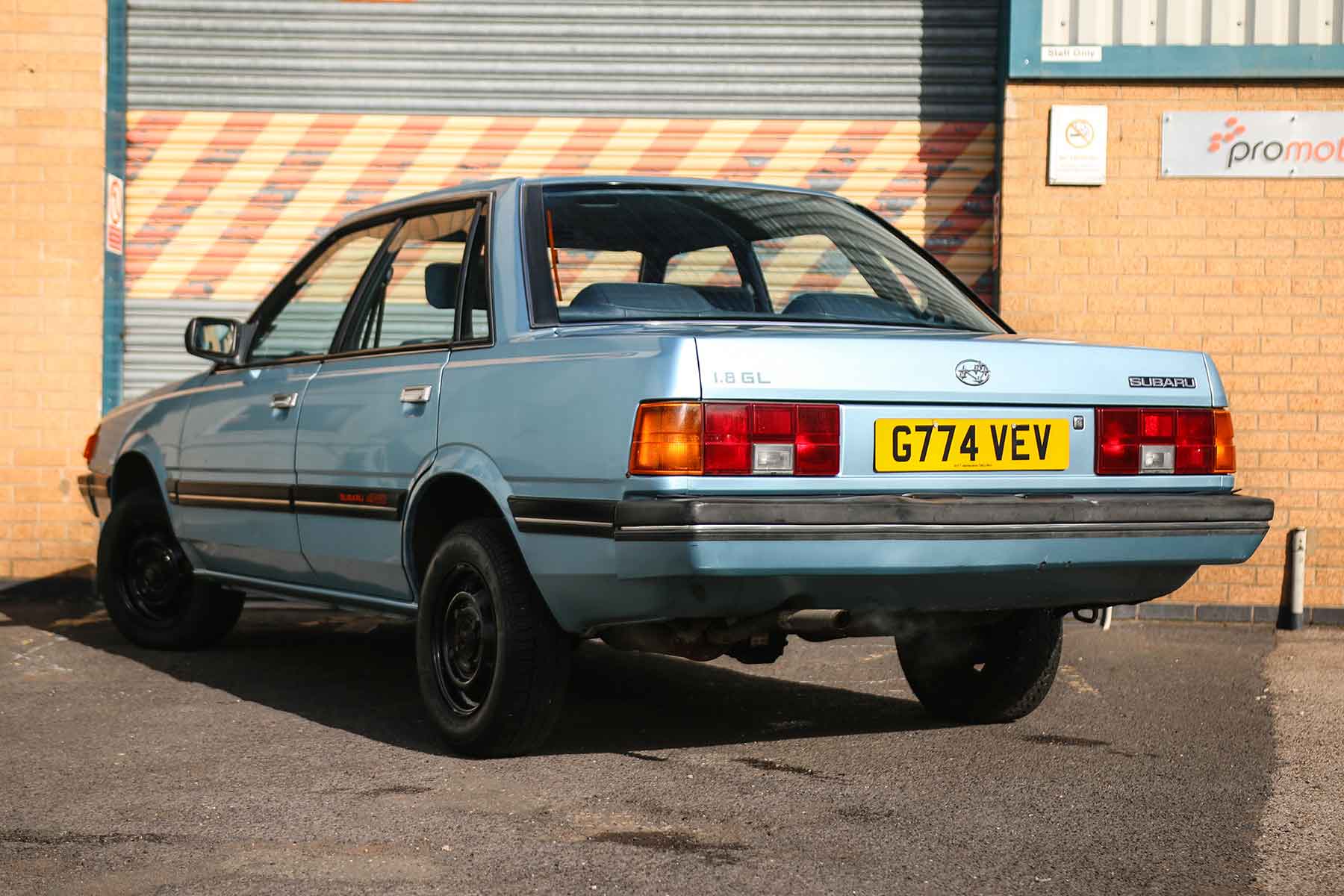 Where can the trail-ripping Imprezas trace their heritage back to? Why, the humble Leone – the first Subaru rally car. In this case, it’s part-way to a World Rally battle axe, being the pumped-up 4WD variant. Paul rightly says this car is the crossover that came before all crossovers. Up on stilts and with switchable all-wheel-drive, this humble saloon is ready to tackle the outback. Anyone wonder where later Legacy Outback models got their name? These cars proved popular in the colonies…

Paul found this example a good way closer to home: in Cornwall. Given it was rescued from a lifetime at the seaside, it’s remarkably devoid of rust – something old Scoobies often suffer with. It seems to have enjoyed a relatively easy life, too, with just 59,000 miles showing on the odometer. 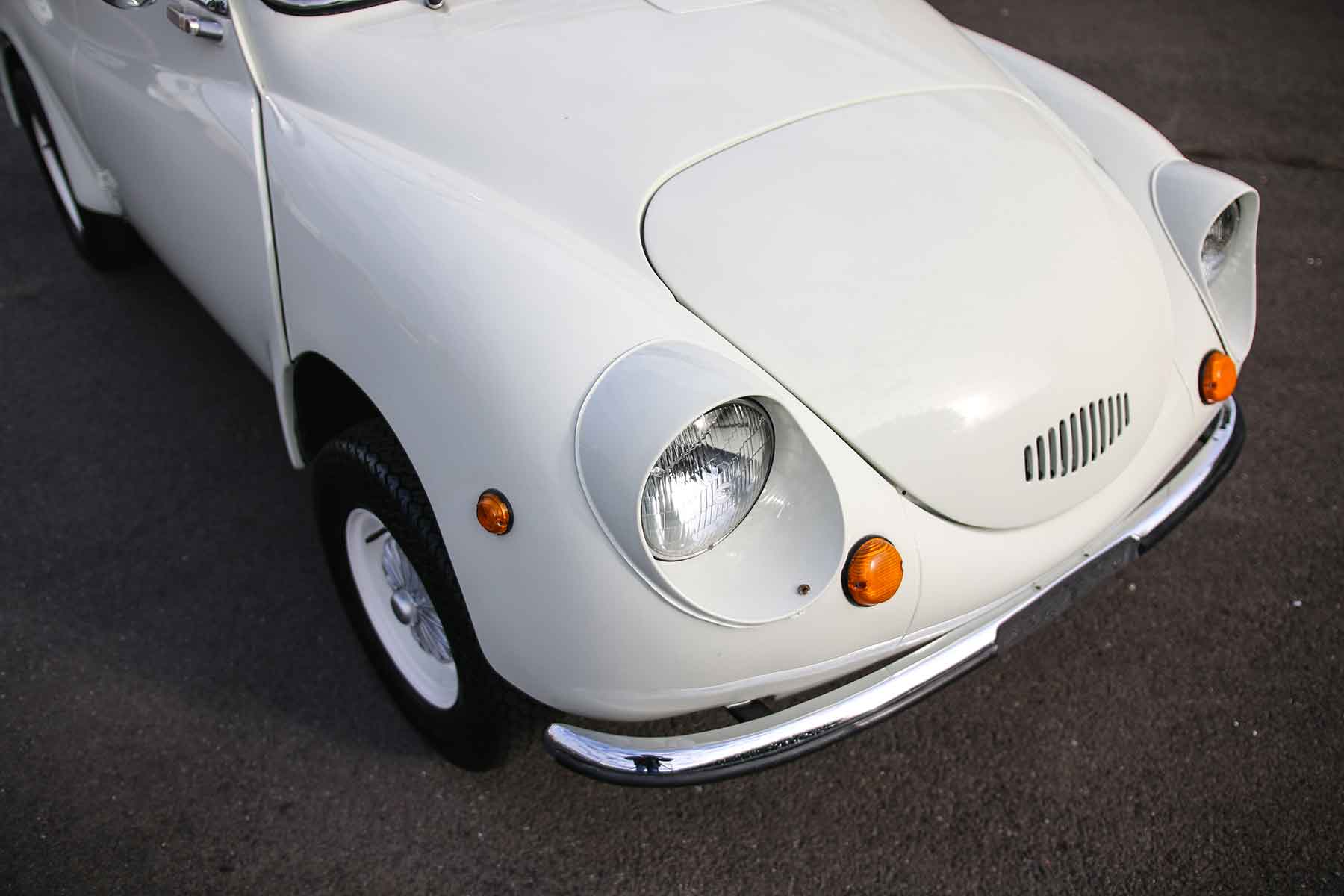 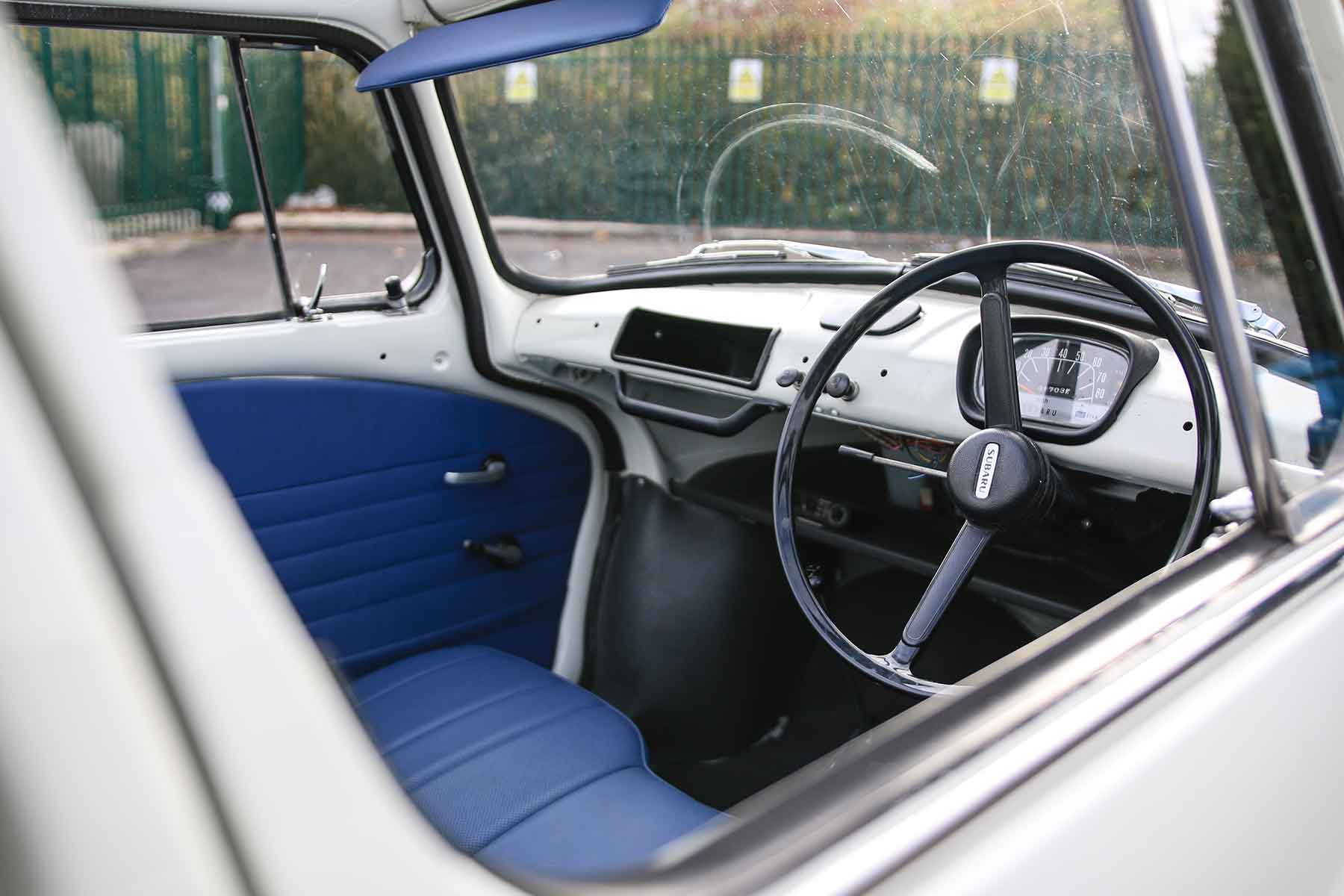 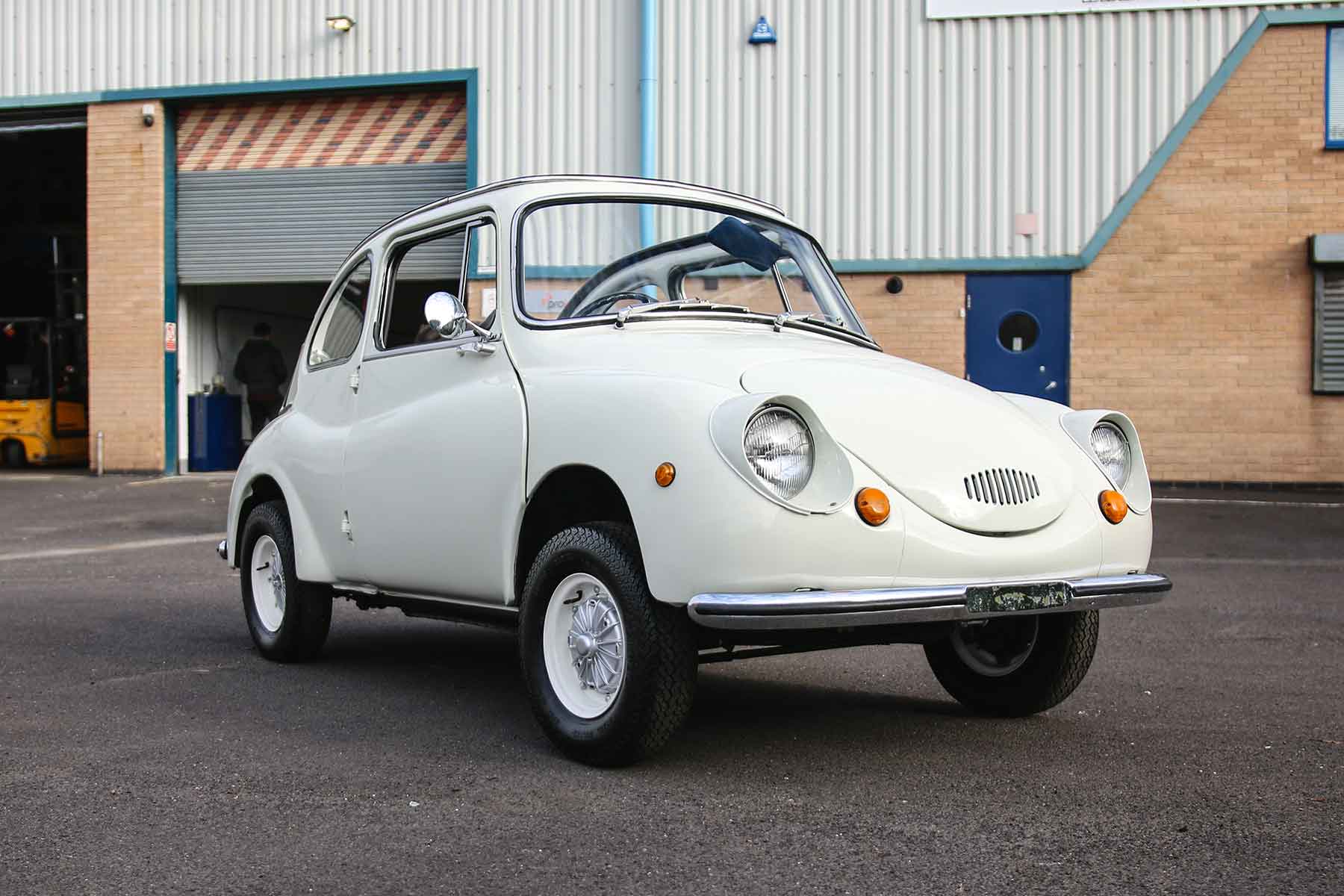 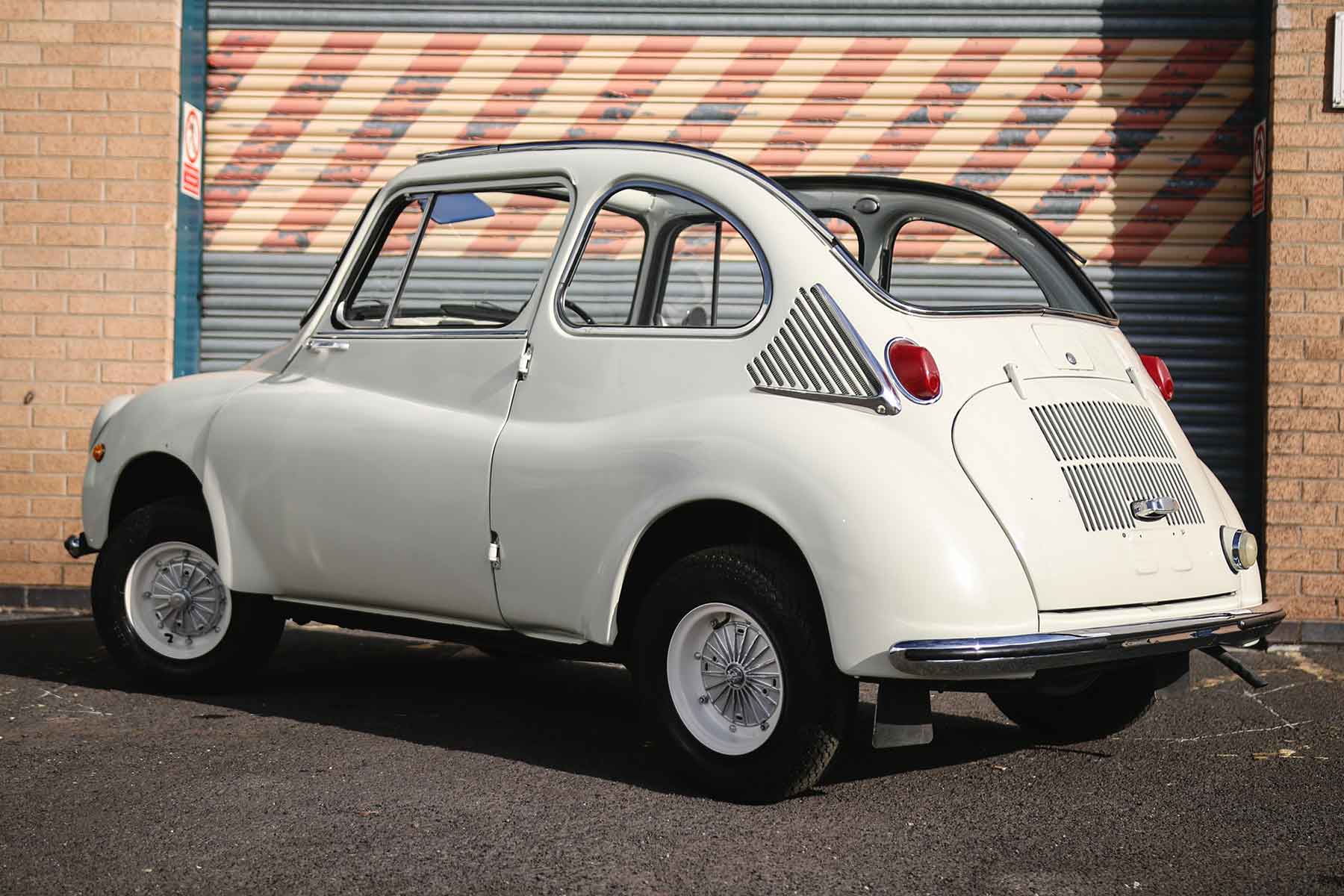 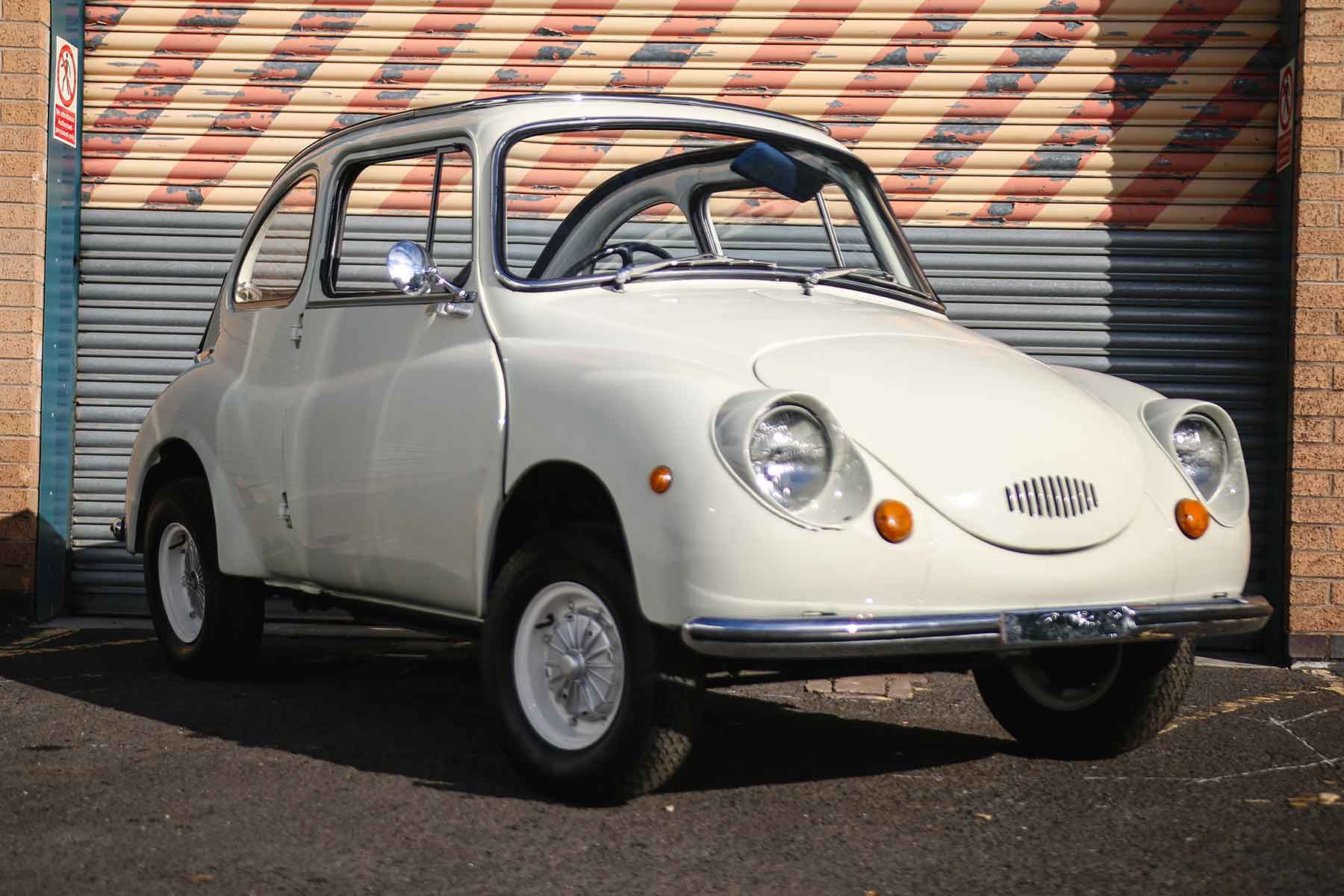 Here we arrive at arguably the coolest car out of this set. Not that the others aren’t without their curiosities and quirks, but the 360 is Subaru’s first proper car and, as such, was built in service of its home nation. This tiny little machine is an early Kei car, a sub-500cc-engined vehicle that weighs less than 500kg thanks to its tiny dimensions and simple construction. Introduced in the late 1950s, it was an effort to get Japan mobile in the post-war years.

Paul’s car, on loan from Subaru, is mid-restoration, with its stunning paint and interior complemented by a few niggles. In short, it didn’t run and was in need of parts – the most difficult element of restoring this car. Although Subaru built nearly 400,000 examples, spares are a real challenge to track down and are expensive to buy when you do. When it came to pushing the little 360 into position for shots, we hit a snag. A sticking brake would have rendered any other non-starter immobile. Not the featherweight 360 – we got it yanked out of there in no time. 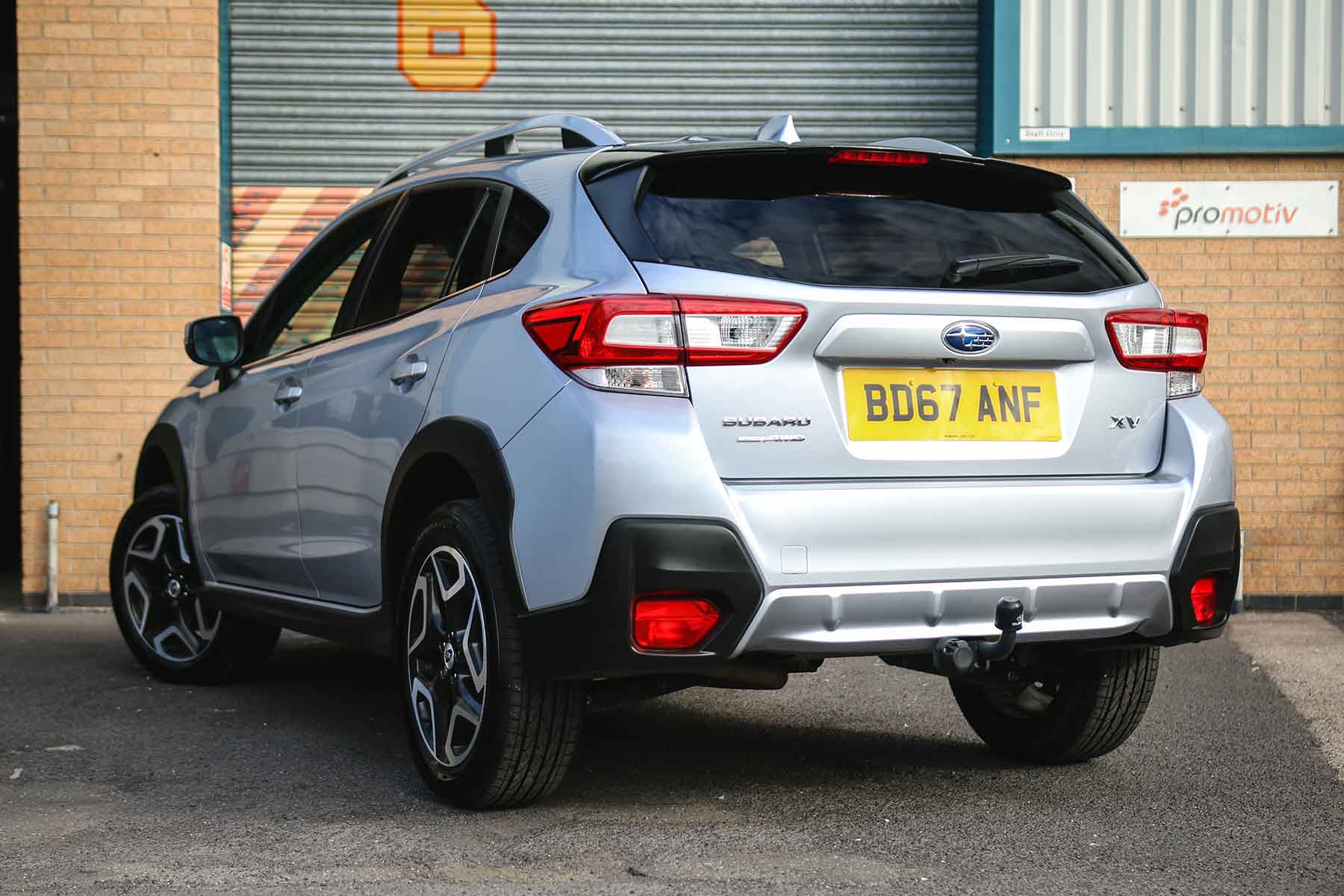 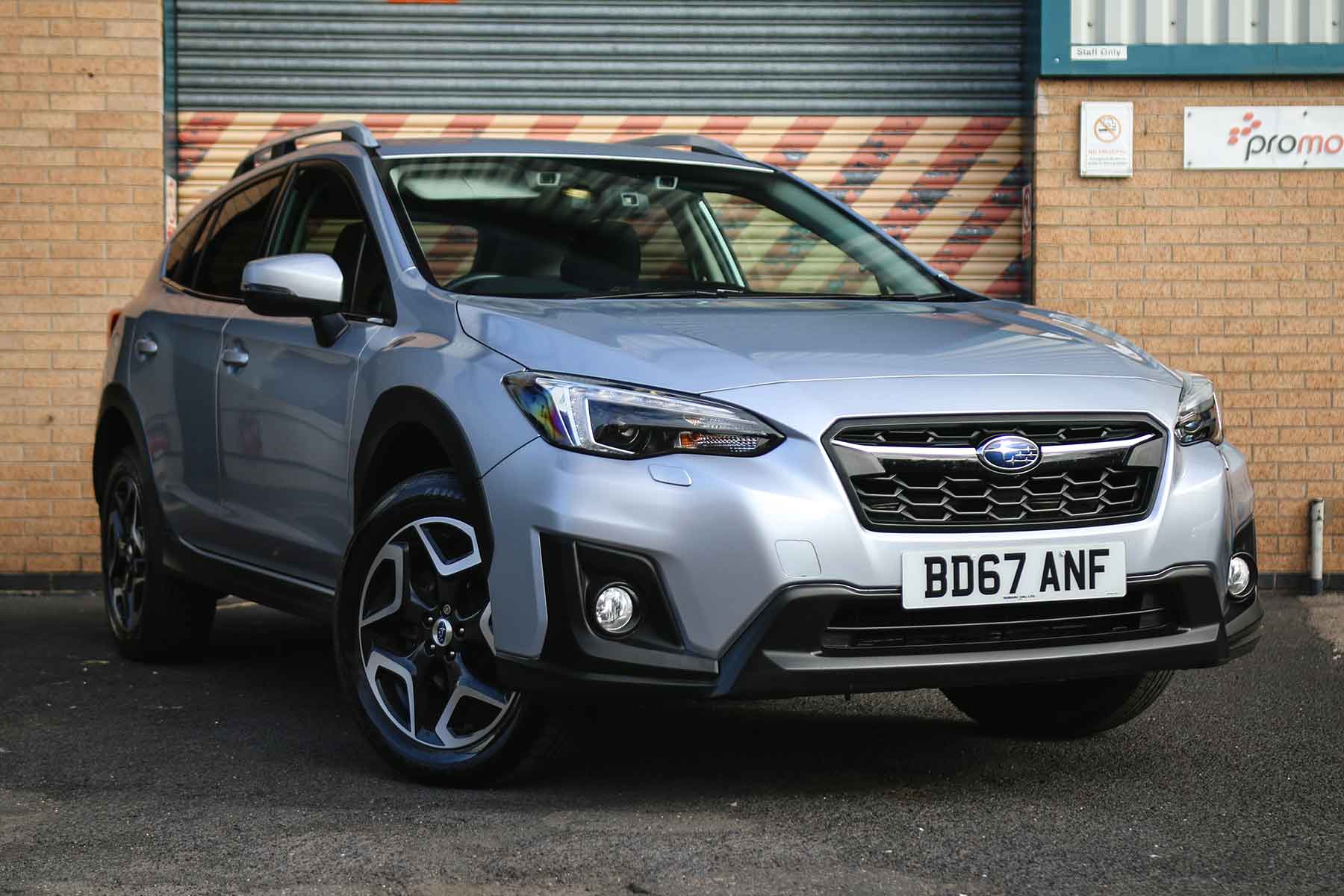 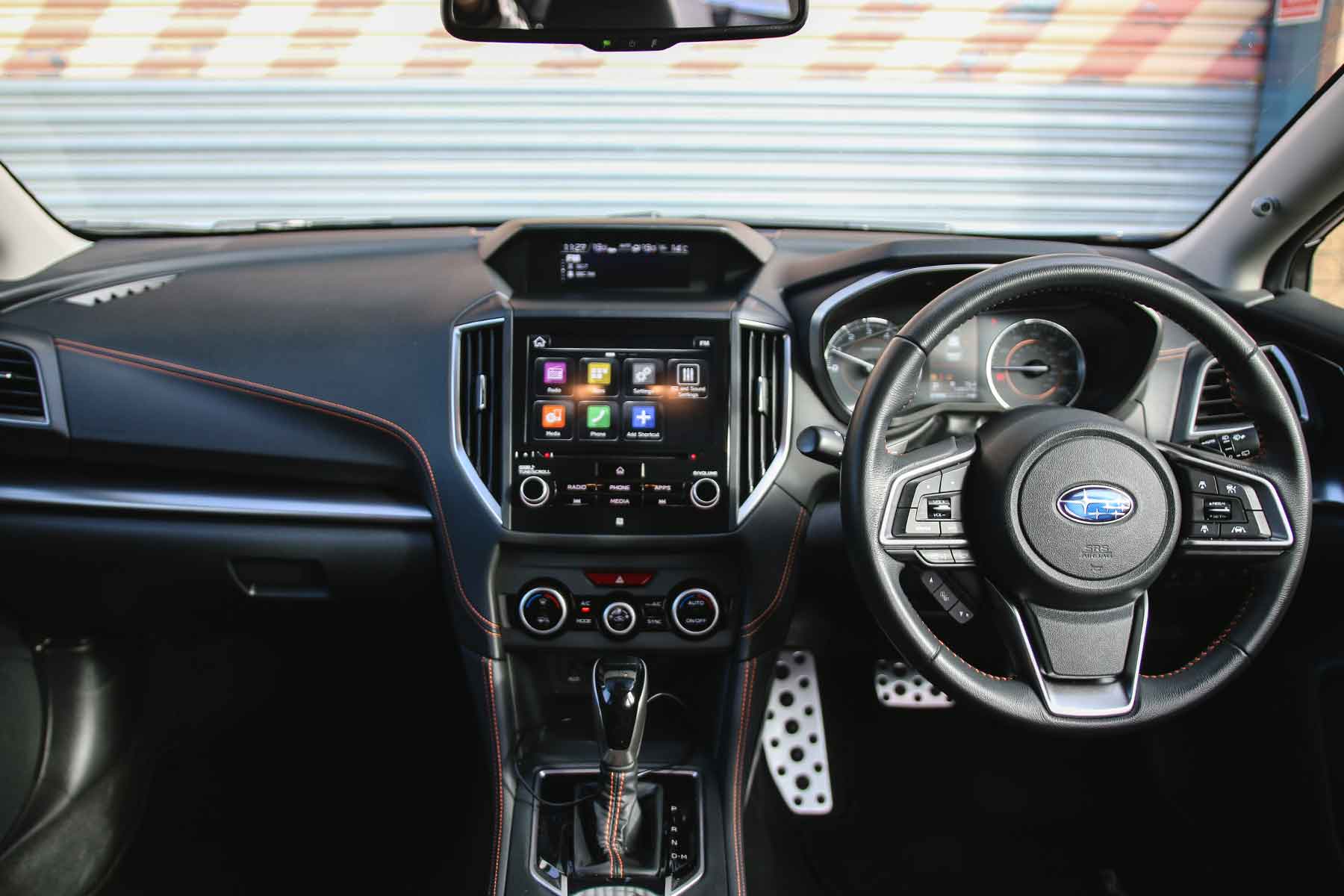 From where it all began, we end with where Subaru is now. From a distance, the XV is a paint-by-numbers crossover, but the Subaru magic soon shines through. Especially when found in a car park full of its ancestors. While it shares very little with that tiny 360 that started it all, there’s something of the angular design of the XT and Leone. The arches of the old Impreza are evident, and the curious form – and indeed colour – of the SVX is plain to see.

There’s also the tactility you expect of a Subaru. Not luxurious or gratuitous in the traditional sense, it simply feels hard-wearing. Then of course, under the bonnet, you find a distinctive flat engine – a Subaru hallmark evident in all cars here except the 360. This is still a proper Subaru, perhaps not in the tyre-ripping sense of the BRZ and Impreza, but rather the honest, well-thought-out style of that old Leone.