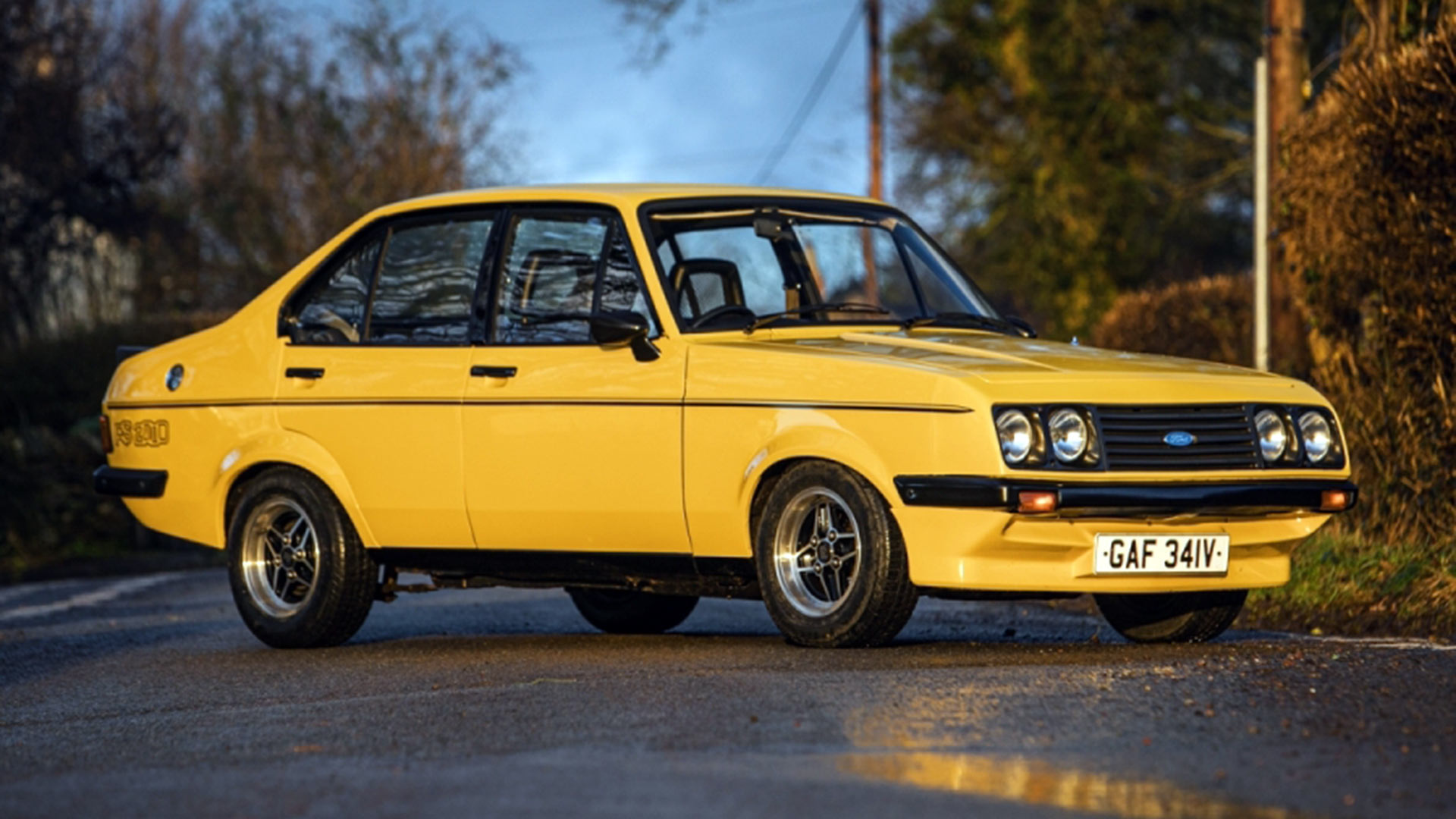 The MkII Escort RS2000 is established as a firm favourite with British Ford fans, but this Australian version could prove to be a surprise at auction.

As one of the lots listed for the forthcoming Race Retro sale, organised by Silverstone Auctions, this will be a rare opportunity to buy a four-door RS2000.

For the RS fan who already has everything, or something different to take to the next Ford meet, this special 1979 Escort could have appeal.

Wonder from Down Under 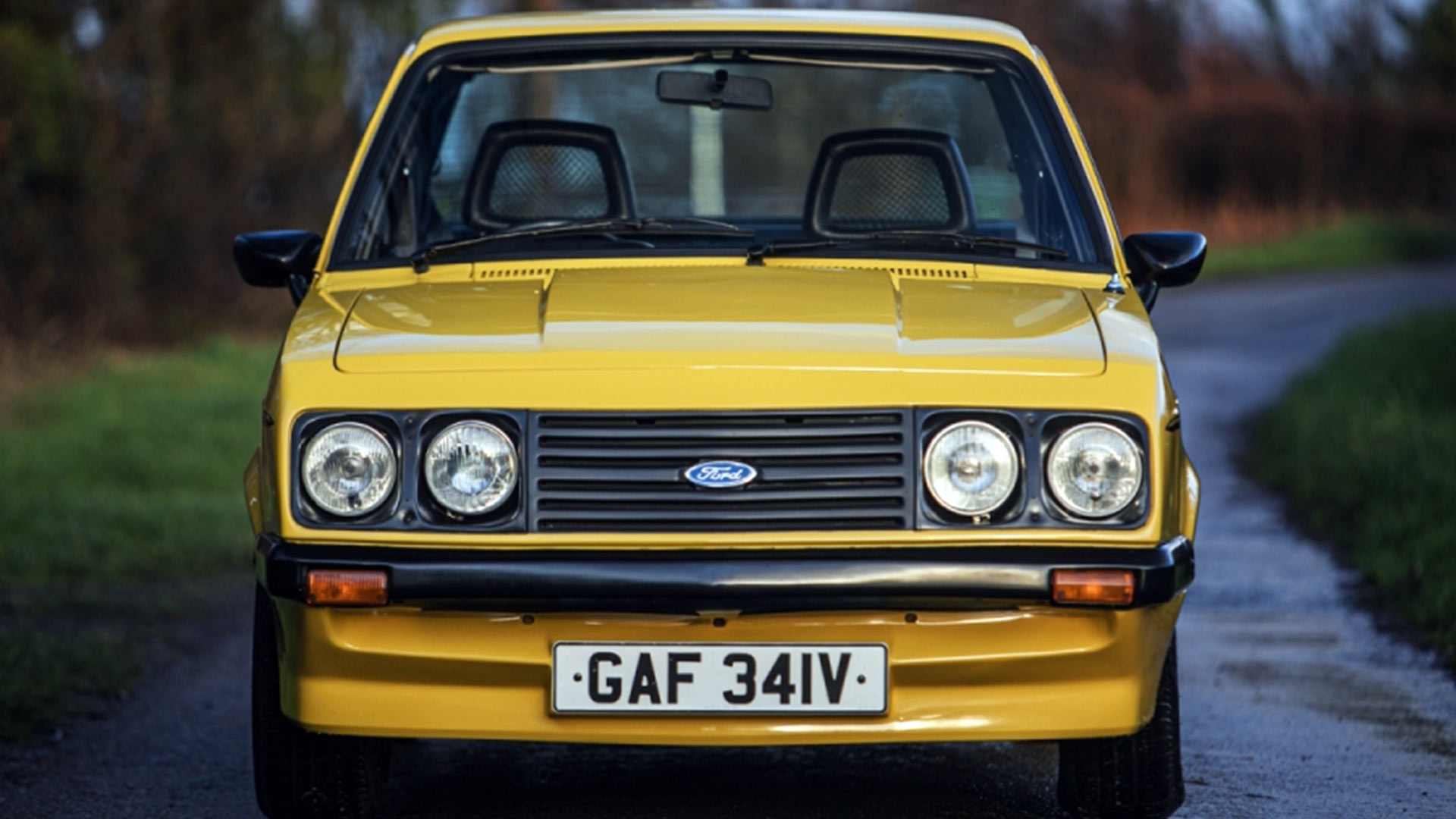 The story of the Australian MkII Escort RS2000 began in 1976, when Ford imported 25 European-specification cars for homologation purposes. At that time the Australian Touring Car Championship operated different classes based upon engine size, with the MkII RS2000 fitting neatly into the 2.0-litre division.

Being so few in number, the 25 German-built cars used by race teams developed a cult status overnight. Despite this, Ford Australia took a further three years to reach the point of producing a local version of the slant-nosed RS2000. 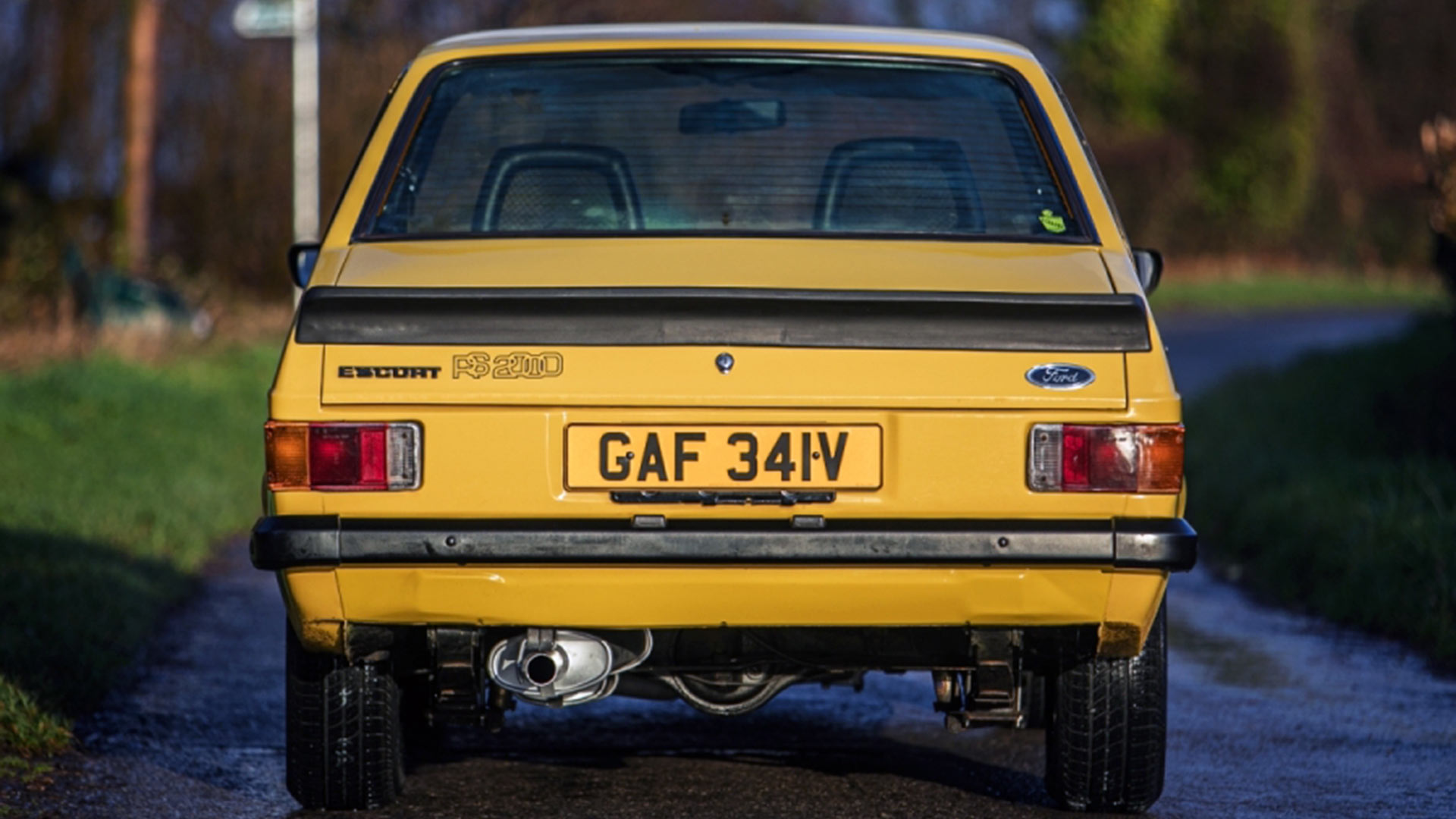 Finally, in 1979, Ford Australia began building their very own MkII Escort RS2000. However, it was not a straight copy of the European model, with the car from Down Under featuring a number of distinct differences.

That the Oz-spec car came in both two- and four-door saloon bodies was the biggest alteration. From a total production of around 2,400 examples, an estimated 880 of the cars that left the Homebush factory in Sydney were four-door RS2000s.

The droop snoot front grille stayed the same, as did the rear spoiler, four-spoke alloy wheels, and RS exterior graphics for the four-door version. 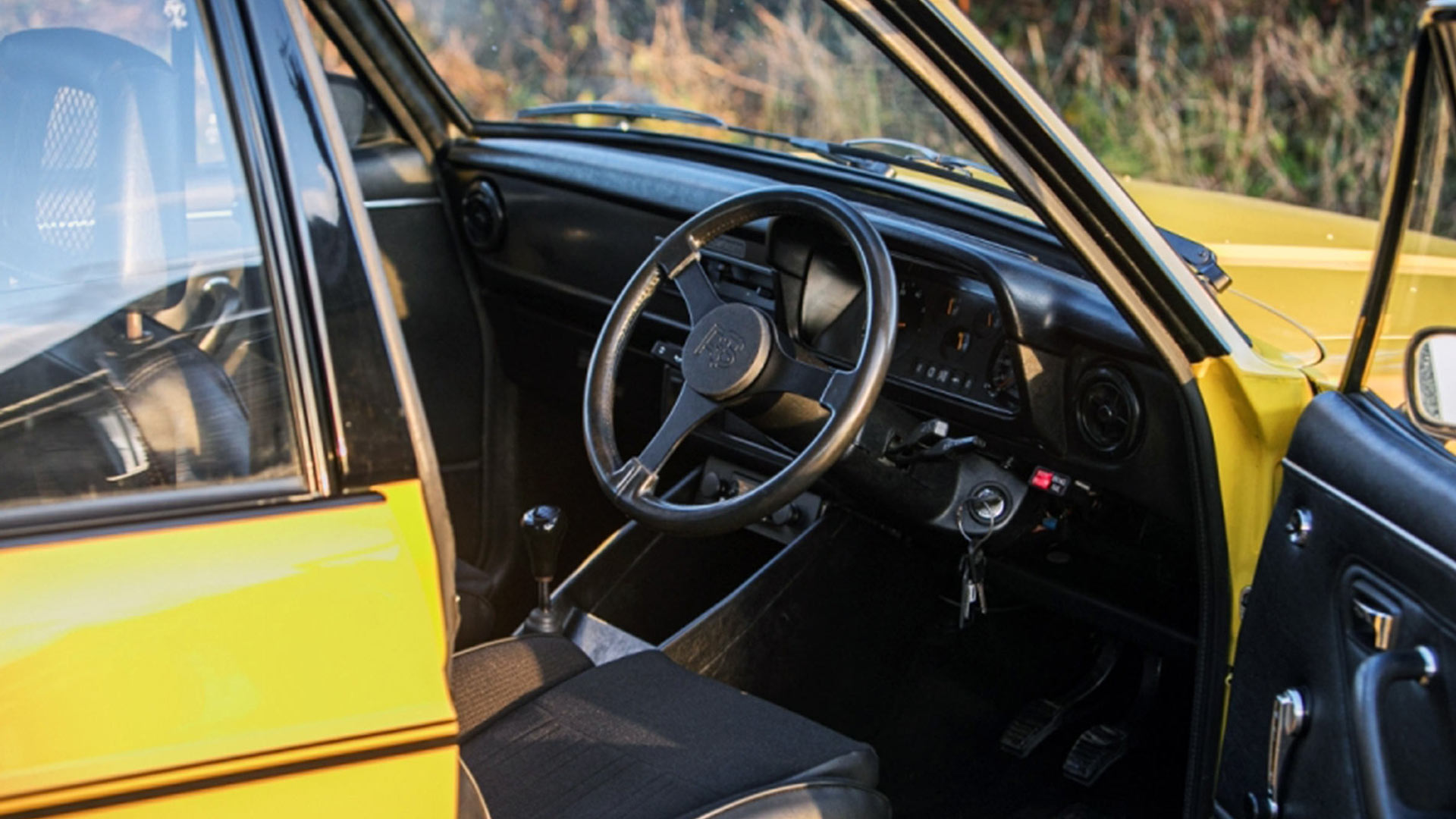 Where things became different was under the bonnet. Instead of the ‘Pinto’ engine used in European RS2000s, the Australian cars used the same 2.0-litre ‘Cortina’ unit as found in regular Escorts.

Australian cars also came without the upgraded suspension of the Old World RS2000, but did offer the option to have an automatic transmission fitted. 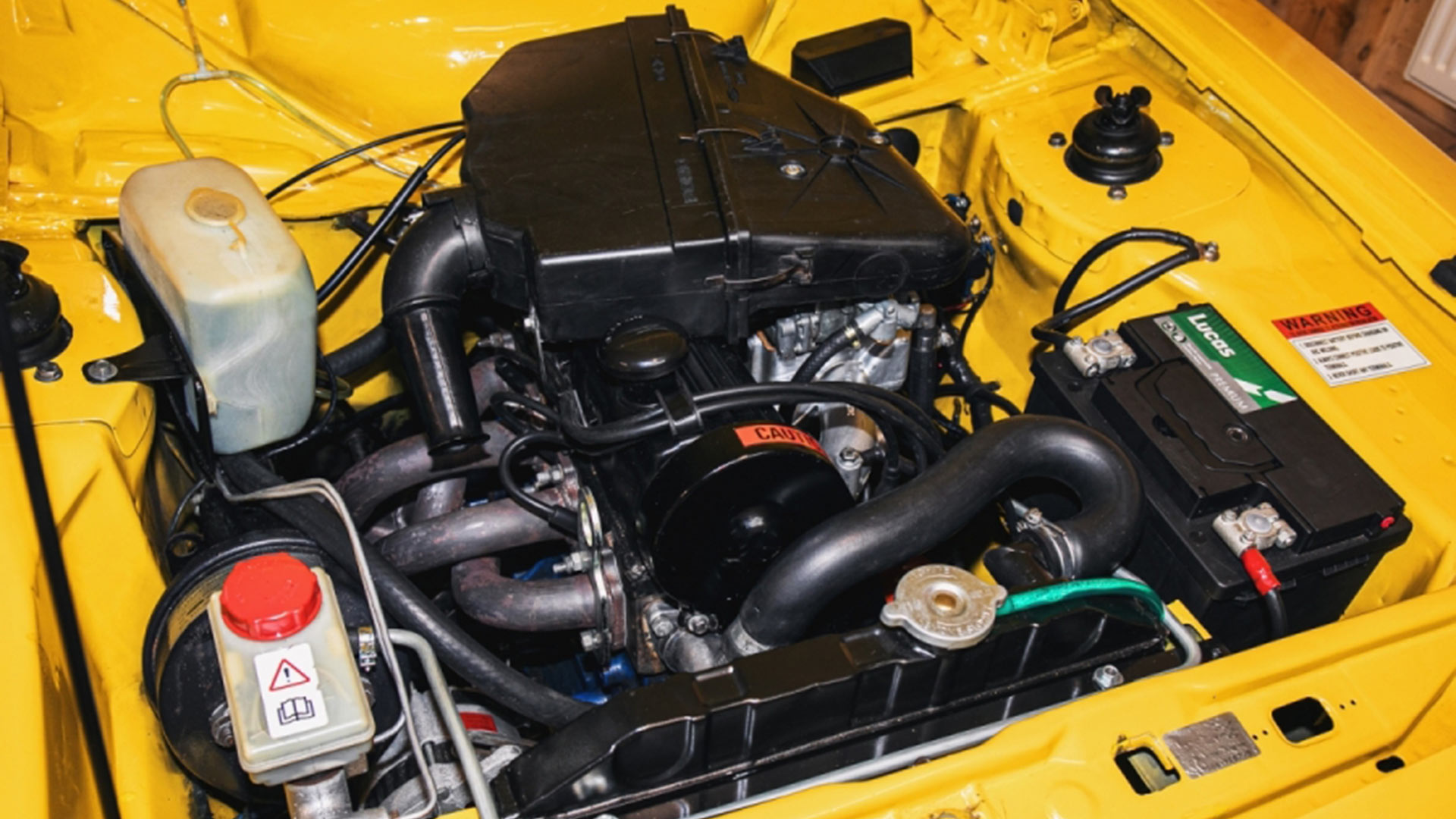 The 1979 car for sale at the Race Retro auction is one of around twelve Australian-built RS2000s believed to be in the United Kingdom. Having spent life Down Under means no major bodywork repairs have been needed to fight rust, with the Signal Yellow paint still looking vibrant.

A refurb of the interior has taken place, with ‘Fishnet’ Recaro seats added in place of the standard Scheel items fitted when new. The RS alloy wheels have also been refurbished, and wear new Pirelli rubber.

A conversion to run on unleaded petrol has also been undertaken, and the RS was noted to have passed its most recent MOT inspection without any advisories. 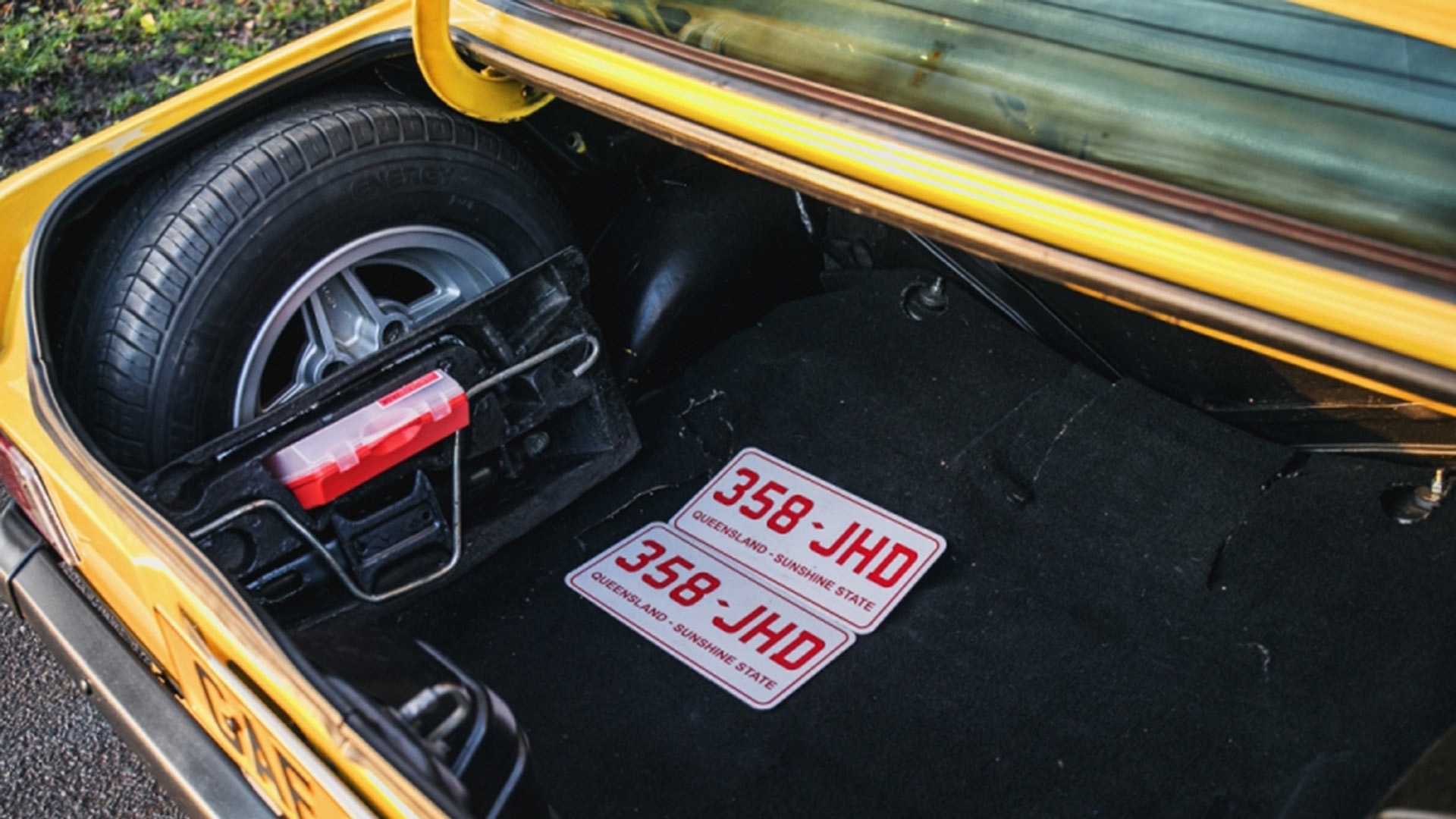 Being built for only two years means Australian RS2000s are naturally rare, and even more so on the other side of the world. Finding another will not be easy, and the final sale price will likely reflect that.

Whether this car can achieve such a huge sale figure remains to be seen, when the car crosses the auction block at the event to be held from the 21st to 23rd February.

It's the cheapest new Ferrari you can buy – but is it more convincing than its California T predecessor?
Read more

A London street has seen all its lamp posts converted to EV charging points. ‘Electric Avenue' is the first road of its kind in the UK.
Read more

Demand for EVs doubled in July versus 2018, with a year-to-date sales up 98 percent to 23,200 units. Popular new models from Tesla and Audi have helped.
Read more

An Aston Martin V8 formerly owned by David Beckham is among the highlights of the London Classic Car Show, which opens this week.
Read more