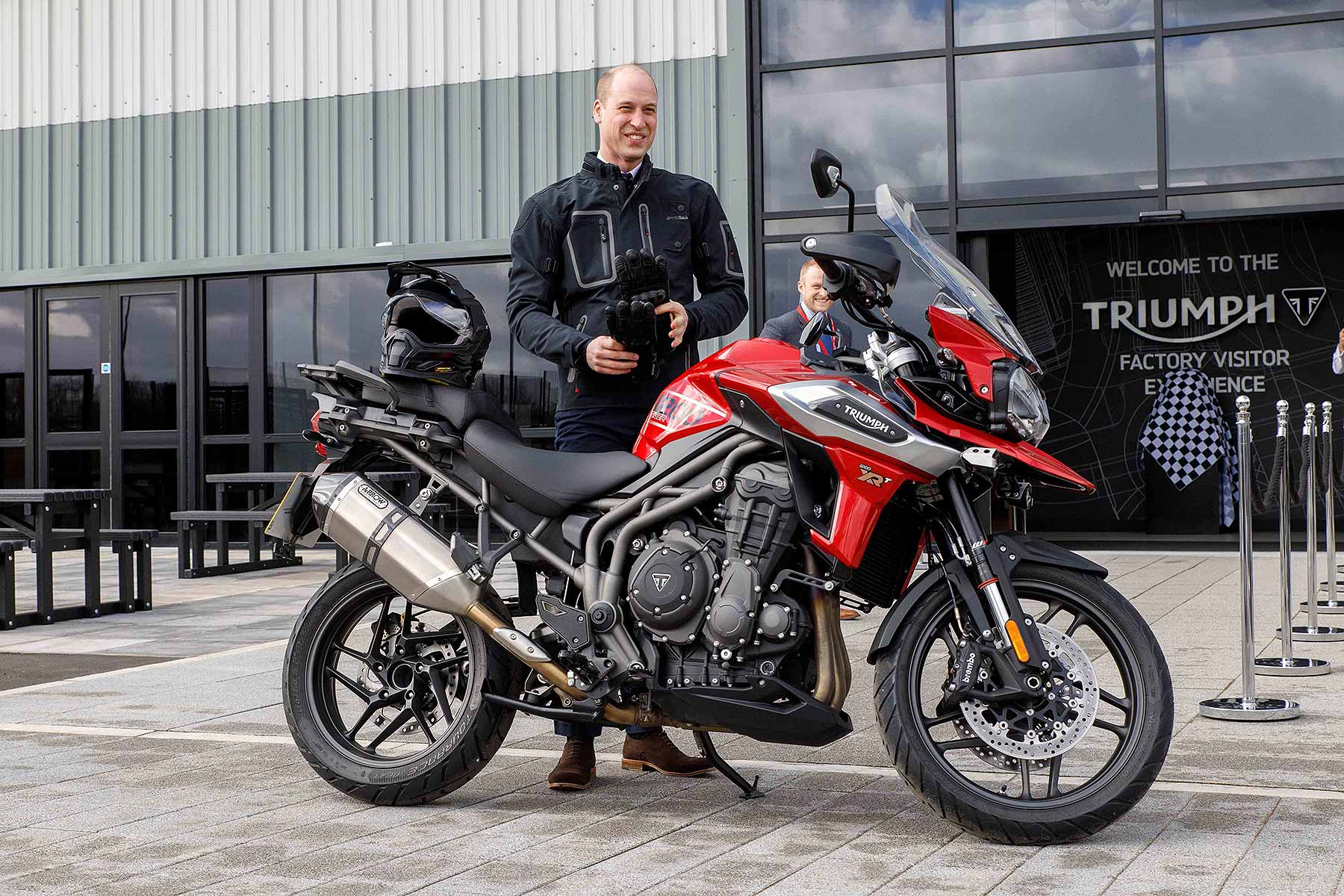 Prince William is a keen motorcyclist who, legend has it, used to go for incognito ride-outs in and around London. We can’t confirm if HRH the Duke of Cambridge still does this, but we can reveal he was at British motorcycle giant Triumph today, to open the firm’s new £6 million paint shop.

And, as he was there, what else to do, but to go for a quick blast on a brand-new Triumph Tiger 1200?

The bike is one of Triumph’s newest models, and one was later literally given the royal seal of approval when Prince William fitted a Triumph badge to the engine of a Tiger 1200.

It was the job of Triumph CEO Nick Bloor to host the Duke during his visit to the Hinckley, Leicestershire factory. He said it was “a delight” to welcome Prince William.

“Thanks to the dedication and hard work of everyone at Triumph, our export business continues to grow and our outstanding design engineering team, in which we have invested heavily in recent years, is producing a stream of exciting motorcycles that captures the imagination of riders all over the world.”

The factory houses many of Triumph’s 900 employees in the UK; along with a sister factory in Thailand, Triumph last year built more than 67,000 motorcycles. 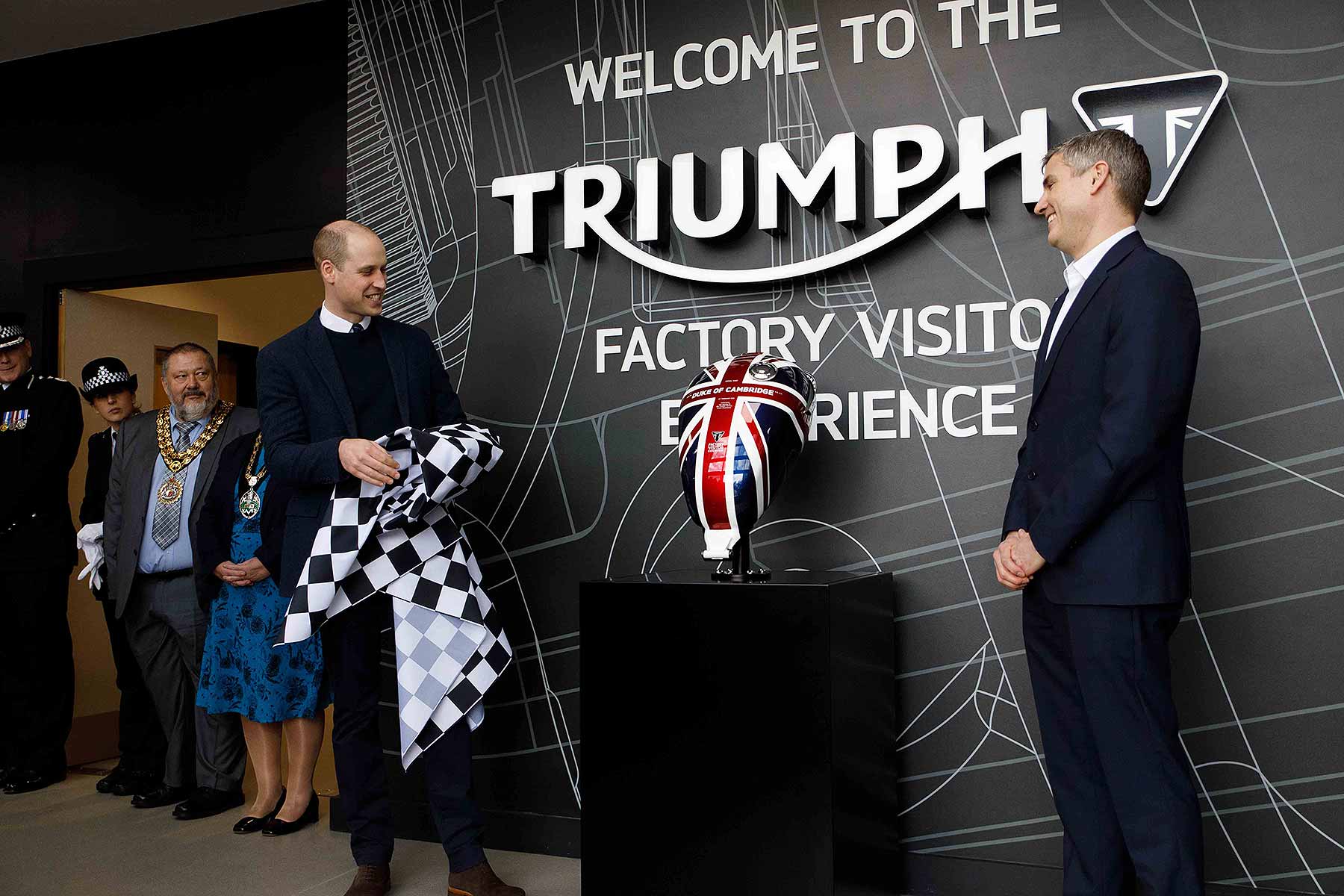 He didn’t just turn up to open the paint shop and grab a bike for a blast, though. The Duke also toured Triumph’s plant and its new Factory Visitor Experience (FVE), and revealed a commemorative fuel tank emblazoned with a Union Jack design.

This was hand-painted by one of Triumph’s tank painters, to mark the official royal opening of the FVE and the visit of Prince William. What are the odds on the royal Tiger 1200 bike soon sitting alongside it in the experience centre..?

Yes, you really can live the Lotto dream on a tight budget. From BMWs to Jags, we’ve got it covered
Read more

Nissan Sunderland is helping deliver PPE to the NHS

In its quest to compete with Waze, Google Maps has added visual speed camera alerts to its navigation app.
Read more