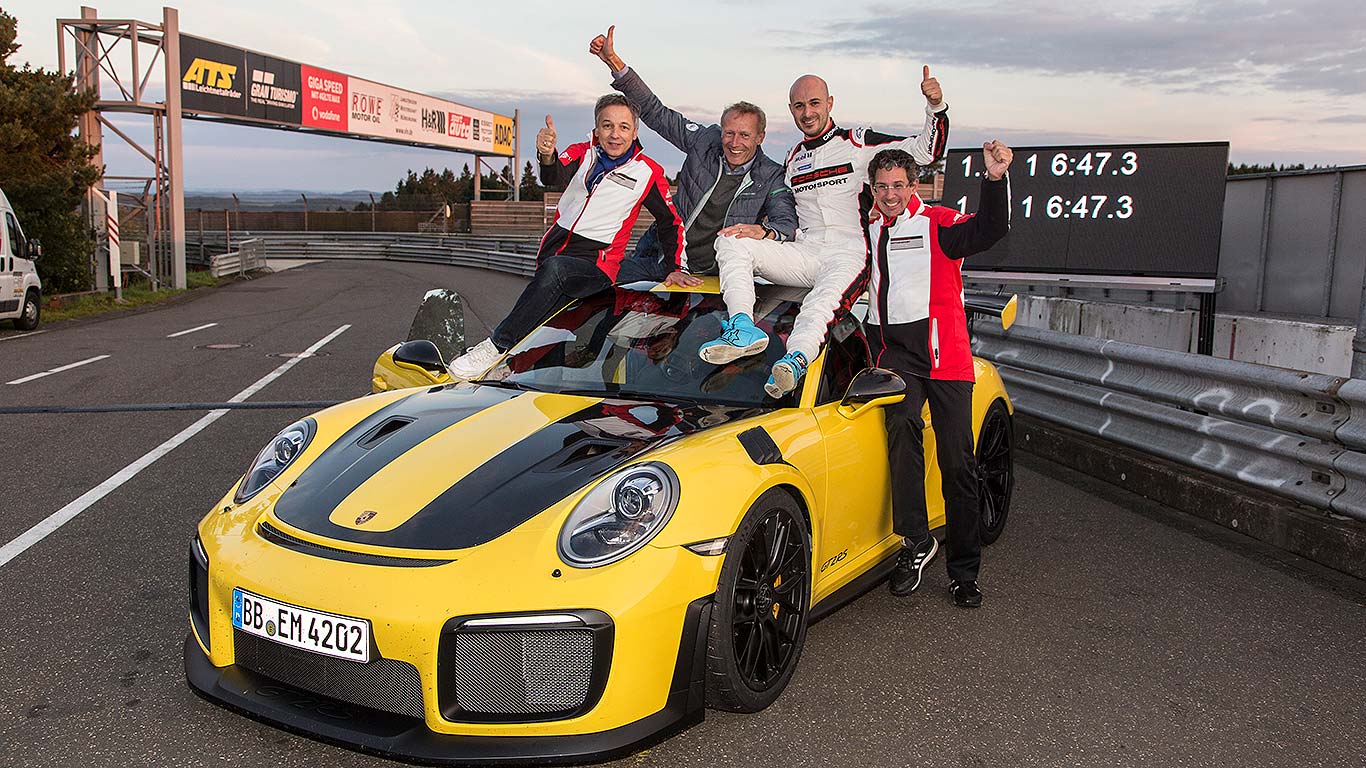 The Porsche 911 GT2 RS has just missed out on setting a new Nürburgring Nordschleife lap record for a production road car – but has still become the second-fastest showroom-spec car ever to lap the ‘Ring.

It also becomes the new 911 benchmark for Nürburgring lap times, with a record of 6 minutes 47.3 seconds.

Porsche didn’t quite manage to topple the dramatic 6 minutes 45.9 second time of the futuristic (albeit still to be fully road-approved) NextEV Nio EP9 electric supercar, which was set earlier this year, but it did still shatter its own internal benchmark time for the GT2 RS – by a considerable margin.

Frank-Steffen Walliser, vice president of Porsche Motorsport and GT cars, revealed: “At the start of the development process, we set ourselves a lap time target for the GT2 RS of less than 7 minutes and 5 seconds.

“The credit for beating this target by 17.7 seconds goes to our development engineers, mechanics and drivers, who demonstrated an exceptionally strong team performance.” The new 700hp GT2 RS is thus not only the most powerful 911 ever built, but also the fastest.

Porsche launched the GT2 RS at the Goodwood Festival of Speed back in June, but it’s only now that it’s been able to run in lap-time anger at the Nürburgring. The time wasn’t a one-off, either: the previous record for road-approved sports cars, of 6 minutes 52.01 seconds, was broken first time out by two factory works Porsche drivers, in two different GT2 RS: Britain’s Nick Tandy then joined Germany’s Lars Kem in completing five consecutive laps in under 6 minutes 50 seconds.

Andreas Preuninger, Porsche GT model line director, said: “It’s not just the record time achieved by the GT2 RS that demonstrates the vehicle’s class, but also its consistent performance in every lap.

“We’re particularly proud of the fact that this was achieved with two different vehicles and two different drivers, as this underlines the GT2 RS’s ability to reproduce this record result over and over again”.

Nürburgring VLN Endurance Championship expert Kem ultimately set the fastest time, with an average speed of 114.3mph. He “knows the Nordschleife inside out,” says Porsche.