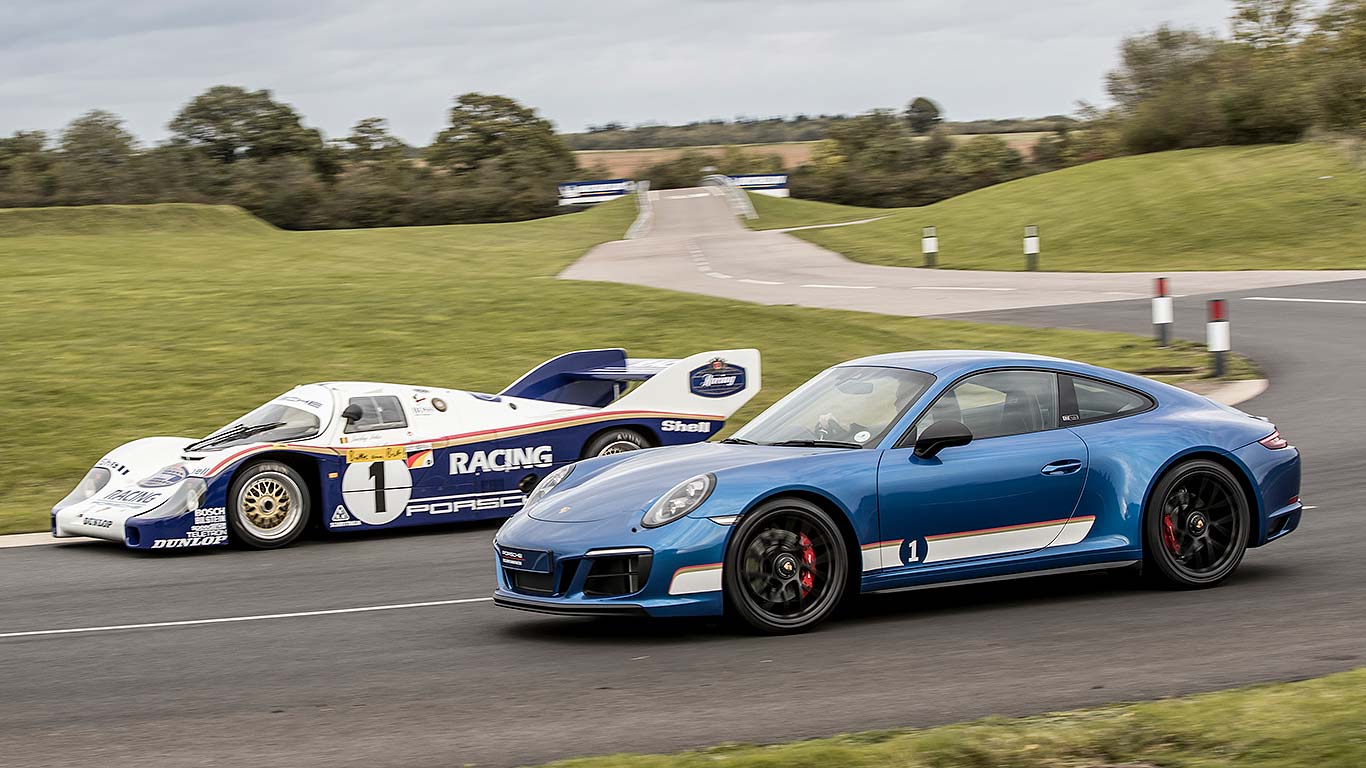 Three British racing drivers have won the famous Le Mans 24 Hours for Porsche – and the firm is honouring them with three unique versions of its new special edition: the Porsche 911 Carrera 4 GTS British Legends Edition.

There are three colours: Guards Red, Sapphire Blue and Carrera White. Each wears the number of the Le Mans-winning Porsche racer, plus a Union Jack symbol and the victorious driver’s signature.

Apparently, the drivers were involved in the build process too. That’s why the cars come with rear-axle steering and Porsche Dynamic Chassis Control as standard, says Porsche, along with high-intensity LED headlights – mimicking those from Tandy’s Le Mans-winning Porsche 919 Hybrid LMP1 car.

Which is which? Well, the Guards Red 911 is the Richard Attwood car, reflecting his Porsche 917 racer’s Salzburg red and white livery. Derek Bell’s British Legends Edition 911 is the Sapphire Blue one, honouring his 1982 Porsche 956’s Rothmans livery.

The most recent winner is Nick Tandy, and his 2015 Porsche 919 Hybrid LMP1 car’s DMG MORI livery is mimicked by the Carrera White car. All are based on the 450hp 911 Carrera 4 GTS.

Prices? £123,210 for the ‘Bell’ and ‘Tandy’ cars, and a slightly cheaper £122,376 for the ‘Attwood’ edition. They’re all on sale now and buyers of each 911 Carrera 4 GTS British Legends Edition will get a free track day at the Porsche Experience Centre at Silverstone.

Sadly though, not under the instruction of a British Le Mans legend.