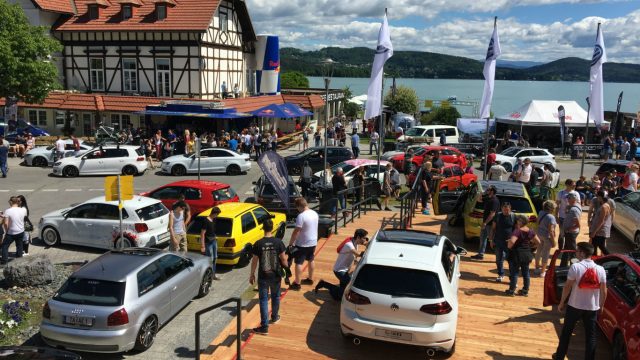 The Austrian town of Reifnitz on the side of Lake Worth, or Worthersee, has hosted the ‘GTI Treffen’ festival for 36 years. Originally a small meet of Volkswagen enthusiasts (just 100 cars attended the first event), more than 100,000 fans from all over Europe now head to the Alps at the end of May. We sent a snapper to the event and captured some of the weird and wacky VWs in attendance. 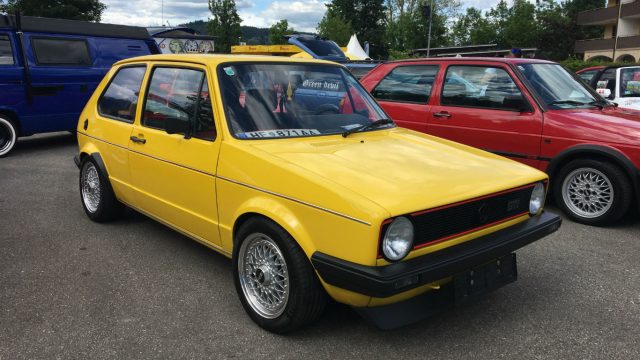 If Mk1 Volkswagen Golf GTIs are your thing, you’ll be well catered for at Worthersee. The event was first created to celebrate the original GTI, and there are still loads in attendance today. From the original example to modified ones like this bright yellow GTI, we can get behind the subtle look. 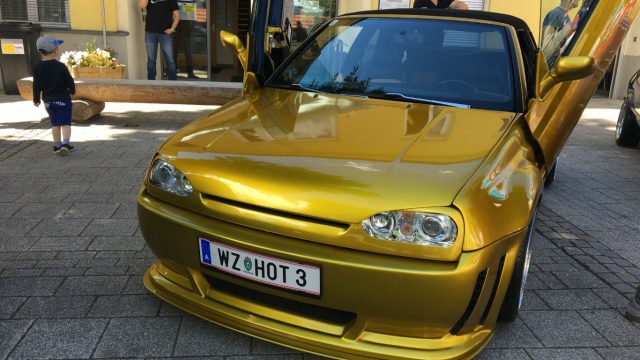 What were we saying about ‘subtle’? This modified third-generation Golf cabriolet is anything but. There really is something for everyone. 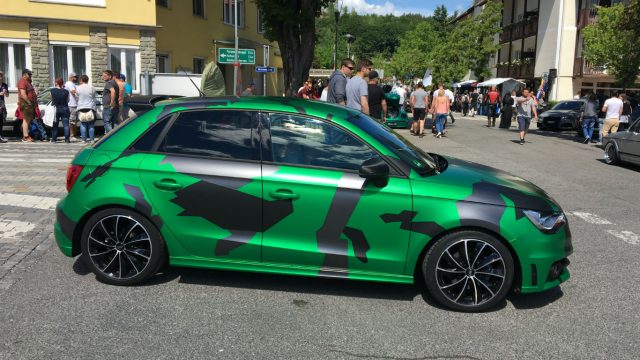 Although predominantly a Volkswagen show, there are other VW Group cars in attendance. Such as this interesting Audi A1, which we can barely see thanks to its camo look.

Brown with gold alloys doesn’t sound like a great look, but it works for us on this Audi 100.

The Audi 50 is what became known as the Volkswagen Polo… and the rest, as they say, is history. This fairly standard and incredibly tidy example received many admiring glances at Worthersee. 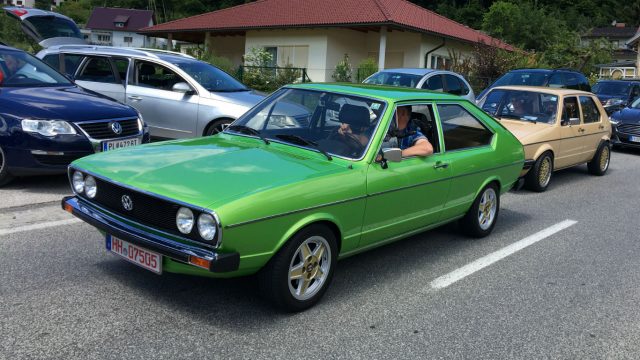 Remember when Passats were cool? This B1 generation Passat Coupe is closely related to the Audi 80 of the same era. 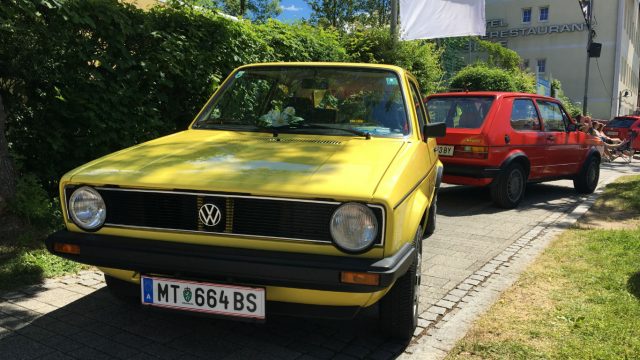 In a town full of modified Vee-dubs, there’s something very refreshing about a pair of properly mint Mk1 Golfs as the factory intended. 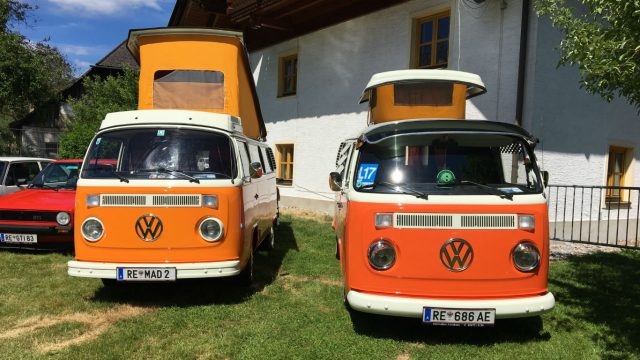 Well, if you’re visiting the Alps for a VW festival, is there a better way of doing it than an old-school VW camper?

Thanks to their popularity, classic Volkswagen Beetles are still a relatively common sight on the roads. Plenty made it to Worthersee, including this lovely green example complete with skis on the back. 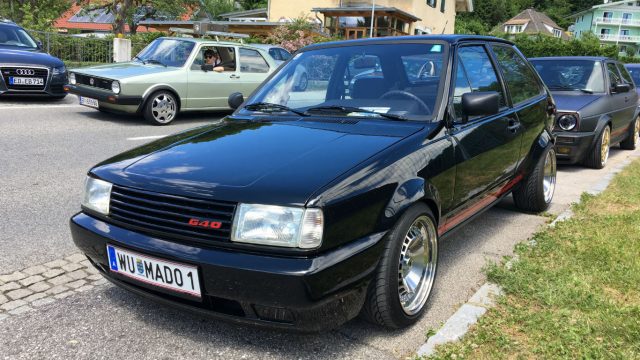 The Polo G40 is the result of what happened when VW bolted a supercharger to the 1.3-litre engine in the GT. Although it wasn’t incredibly powerful (it produced 115hp), it’d beat both the Fiesta XR2i and Peugeot 205 GTi in the 0-62mph run. 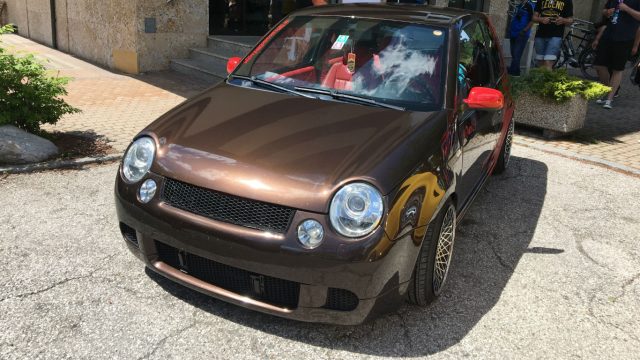 Ah, the VW Lupo. Pre-dating the popular Up, the Lupo wasn’t quite the sales success of its successor. They’ve got quite a following in Volkswagen circles, though. This was one of a number of modified examples on show at Worthersee. 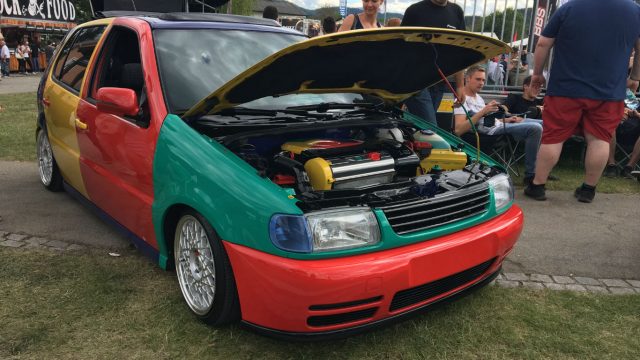 You can imagine the meeting that led to the creation of the Volkswagen Polo Harlequin. “We need to give the Polo a sales boost. Let’s launch a special edition. But what can we do with it?” The answer, apparently, was to paint every body panel a different colour. Around 3,800 were made (and presumably sold), including this modified example. 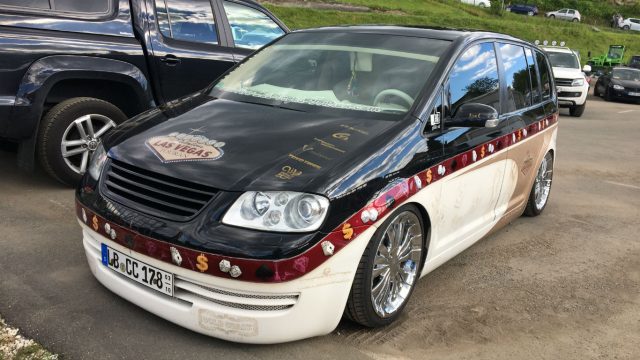 A Volkswagen Touran people carrier doesn’t seem the obvious choice as a base for a modified car. Name the VW, however, and you’ll probably find a modded version at Worthersee. 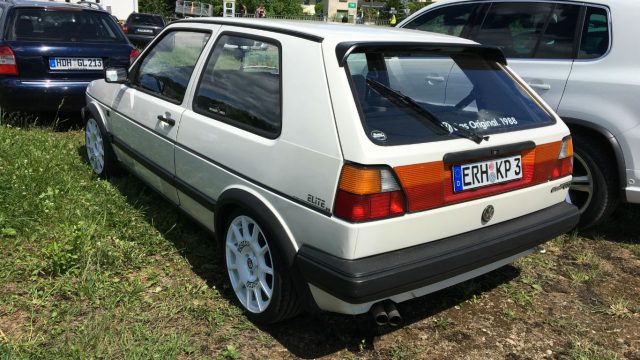 We spotted this lovely Mk2 Volkswagen Golf in one of the car parks at Worthersee. The decals suggest it’s an Elite special edition… we don’t know much about it, but feel free to tell us more about it in the comments if you do!