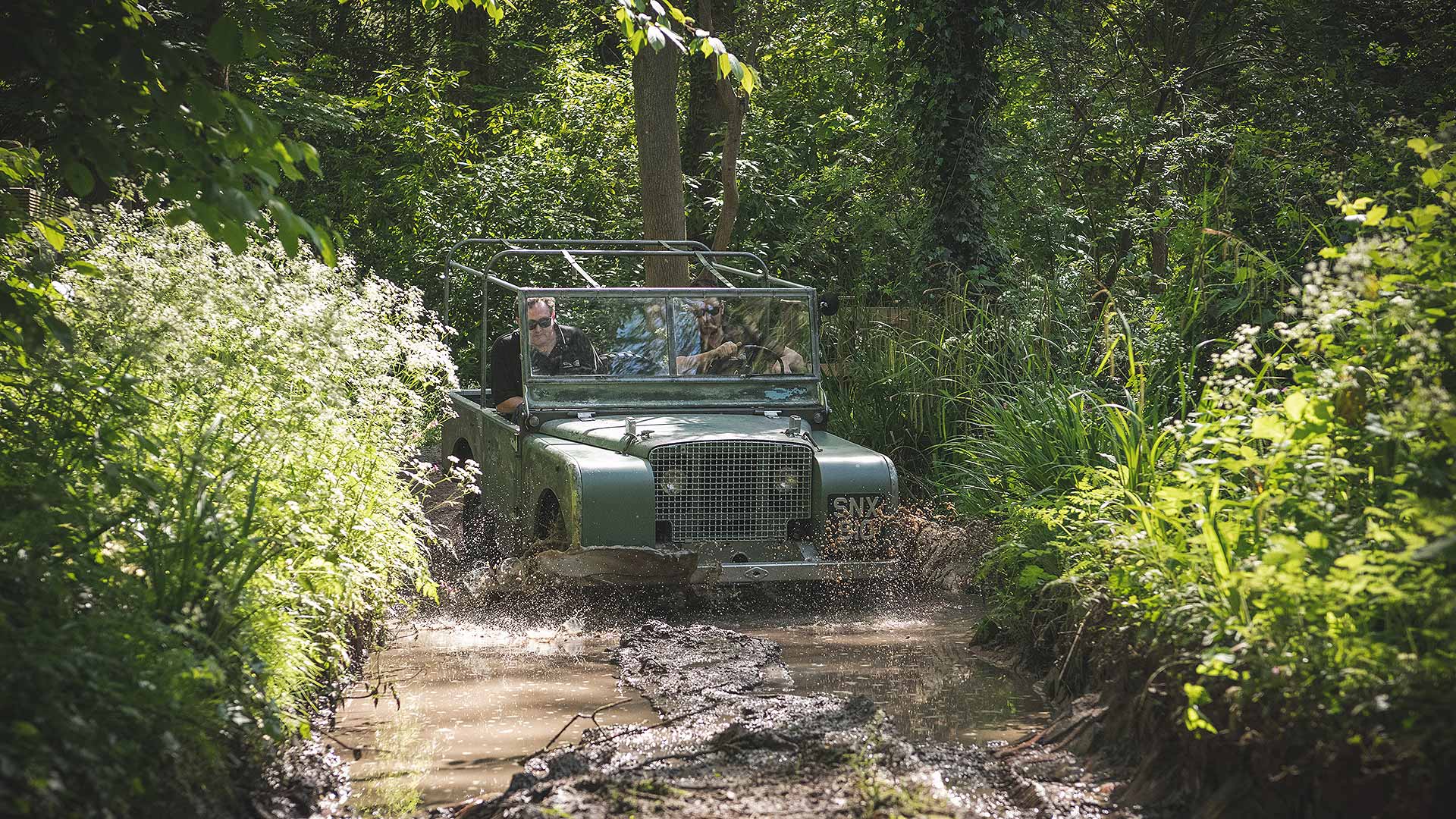 The car that introduced Land Rover to the world has been brought back to life. The 1948 Amsterdam Motor Show star has been off the road since the 1960s and lost for decades before it was found in 2016. But Land Rover has now treated this historic vehicle to a ‘sympathetic restoration’.

Land Rover was determined to keep the car original, as seen in 1948, with left-hand drive, a prototype brake setup and alternative all-wheel-drive controls.

It was stripped back to its individual components and each part was restored and reused if possible, to maintain maximum originality. 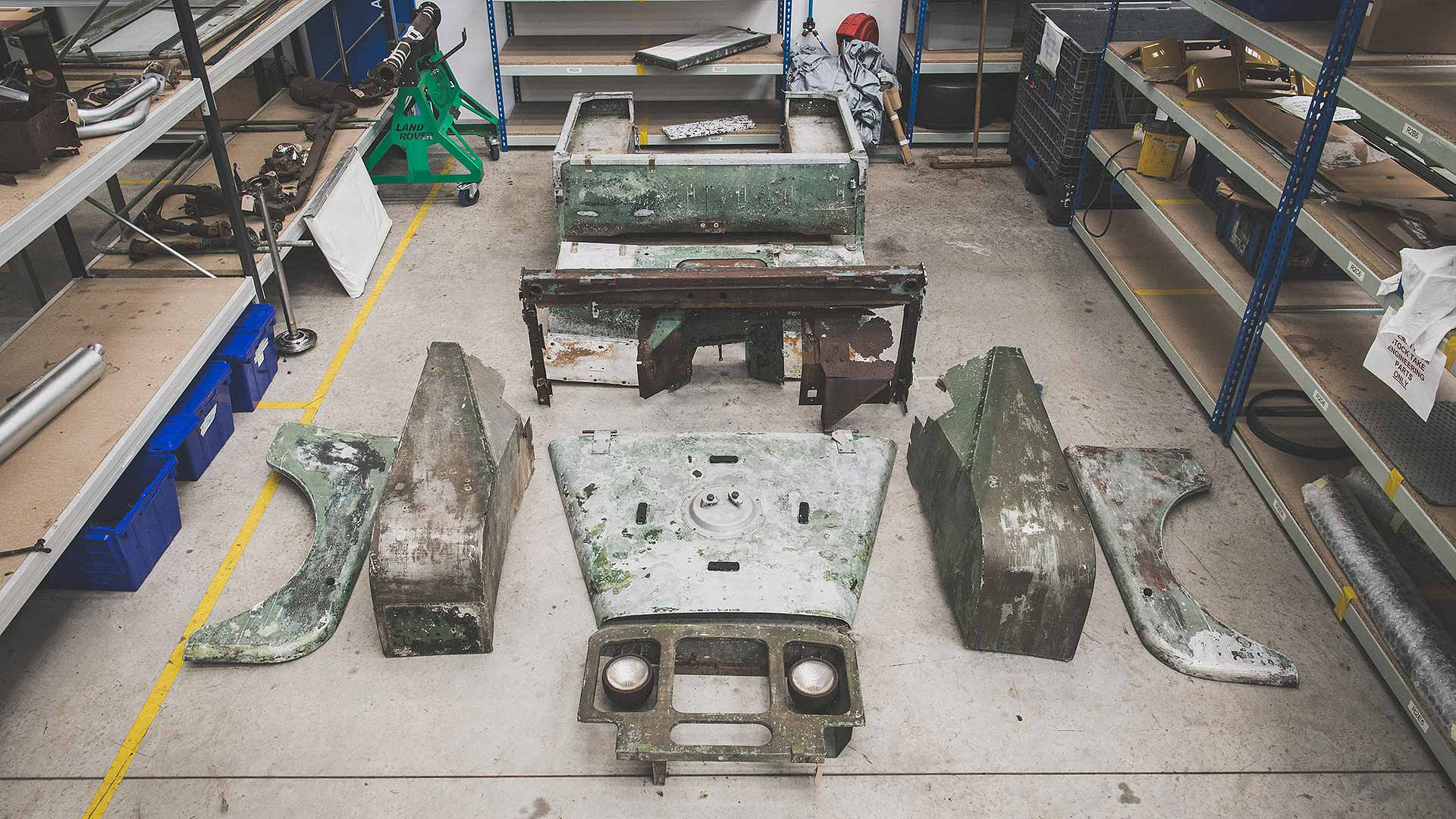 “It was important to strike the right balance when restoring the launch Land Rover,” said Calum McKechnie, head of Land Rover Classic.

“While there was a need to replace some parts, we were keen to keep as much of the original vehicle as possible in order to retain the unique characteristics of this 70-year-old model. The team has done an incredible job and the end result is a testament to the unique expertise and tireless passion of the experts at our Classic Works facility.”

So while the front axle, for example, was found to be in a respectable condition, the rear axle wasn’t so clean. To get a feel for the axle’s condition on the inside, the team X-rayed it. They concluded it was strong enough to be restored and reinstalled, rather than replaced. 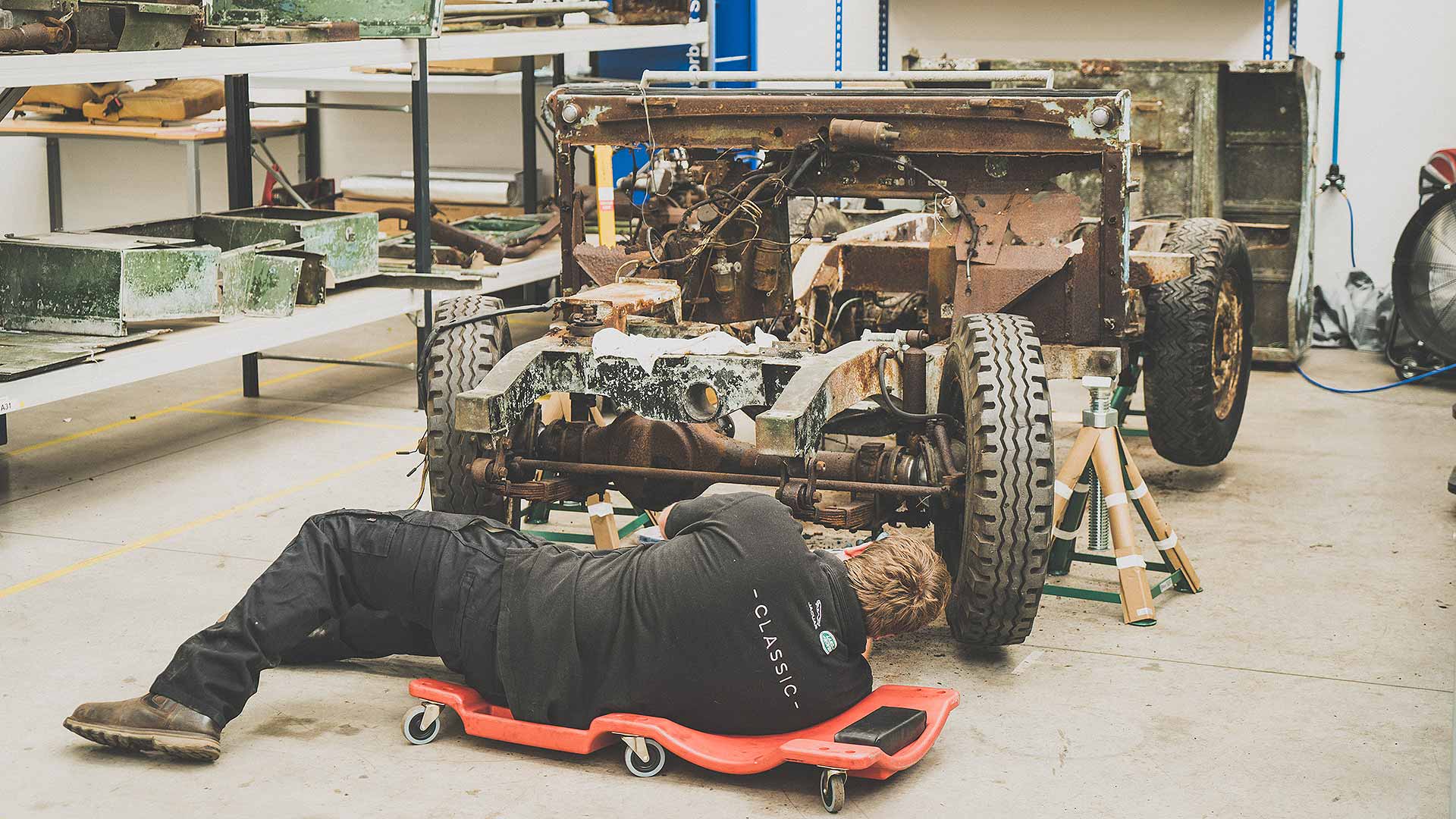 The ‘organ stop’ controls for the all-wheel-drive system were also saved. It’s a rare setup that was replaced with a simpler system on production cars.

Even more difficult for the technicians was reproducing this prototype’s unique rear brake setup. It had been removed in a previous life, so they used period drawings to recreate it.

On a technical level, this Series 1 has been brought back to its 1948 Motor Show standard. As a ‘show car’, however, it’s been left a little more rough around the edges. Land Rover wanted to maintain a period patina. 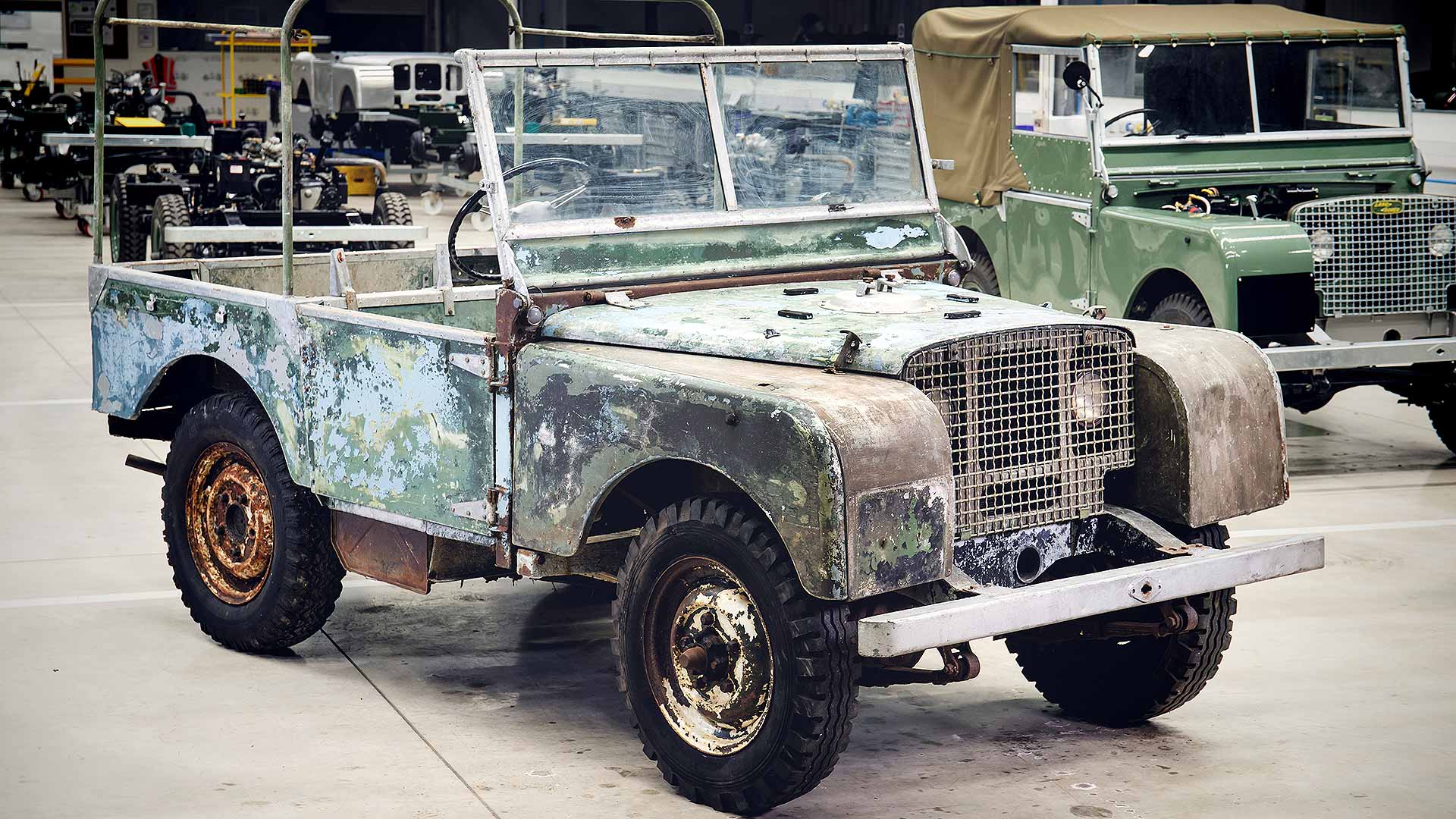 Some new bodywork was required. Alloy panels, as fitted to early prototype Series 1s, were re-manufactured in the 2mm-thick original specification. These were then painted and aged, to match the worn original panels that didn’t need work.

Technical illustrations helped Land Rover stay true to other quirks. A combination of reference photographs, diagrams and study of other pre-production Series 1s helped the marque recreate this prototype as it was in 1948.

The restored show car debuted on the Land Rover Classic stand at the Goodwood Revival, just days after the long-awaited reveal of the new Defender. 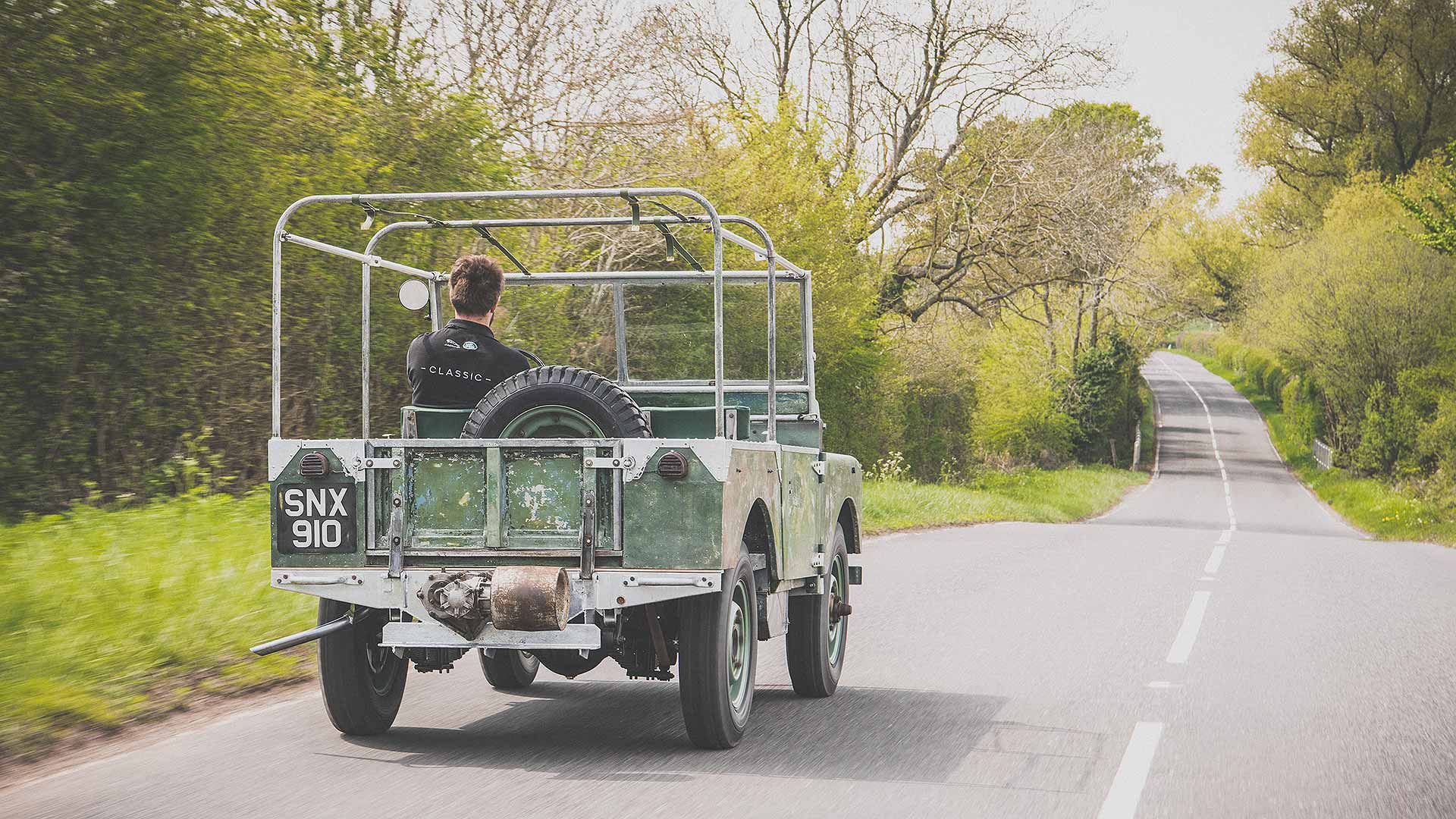 “Bringing this historically important Land Rover back to life was a huge challenge, given its wear, tear and decay from the elements since the 1960s, but also a real pleasure,” said Michael Bishop, Land Rover Classic build engineer.

“Being able to open up our archive and revisit the original Land Rover engineering programme from over 70 years ago was a great privilege for the whole team.”