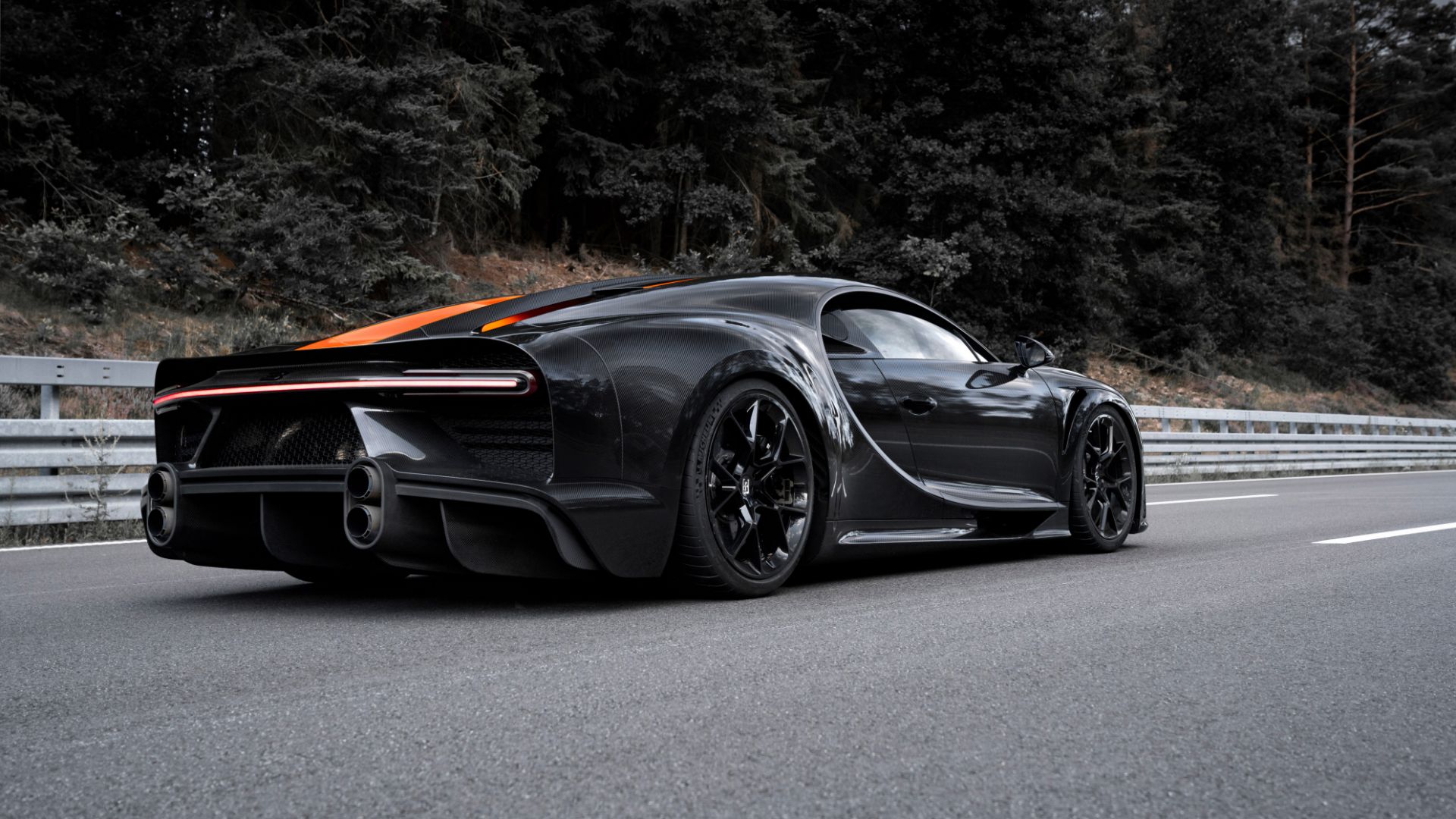 Some time has passed since Bugatti broke the 300mph barrier with its special Chiron prototype. Now legitimised as the Super Sport 300+, the limited run has been allocated, finally shutting down all the ‘it’s not a production car’ onlookers.

In that time, I’ve had a chance to mull over the questions we all ask ourselves whenever a new top speed record is set. Do I care? Is it relevant? Does it matter?

There’s the practical side of things where these sorts of achievements are relevant. A car that travels at such speed requires the strongest tyres in the world, the most efficient cooling in the world, the cleanest aerodynamics in the world. All cars benefit from advances in these areas, eventually.

Then there’s the philosophical relevance. A great many online naysayers have said ‘no’, ‘no’ and ‘no’ to all of the above. I did find myself wondering if that was the case. Then I thought back to headline-grabbing top speeds of the past and my reaction at the time. 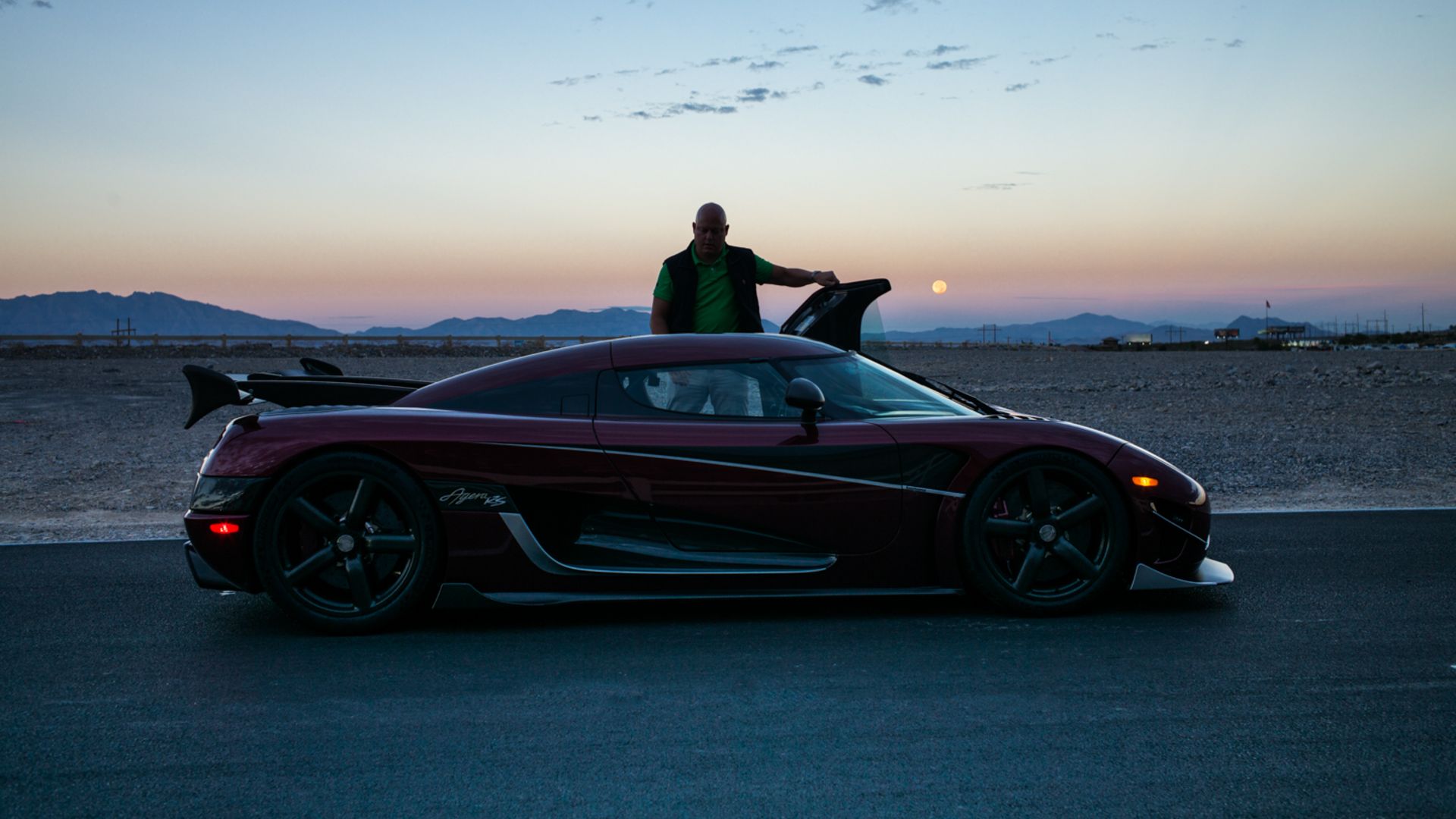 In 2005, when the Veyron did the business at 253mph and cemented itself in the history books, it also threatened Year Six friendships as debate raged over whether it was the greatest car ever made.

With the Super Sport in 2010, again, Bugatti reaffirmed itself as the undisputed king of speed, and on top of dominating at Ehra Lessien, dominated whispered conversations during my GCSE graphics class for a week.

Then, when Koenigsegg set a two-way record at 277mph, hitting 284mph along the way, it was a spine-tingling moment. Scenes of Koenigsegg boffins wearing big headsets celebrating in the Nevada desert reminded us of mission control when Mr Armstrong took one small step.

These VMAX figures have a significance beyond all else. Would the McLaren F1 command the respect – and values – it does today, had it not years at the top of the speed tree to its name? What makes the Veyron quite as legendary as it is, besides that world-beating record? 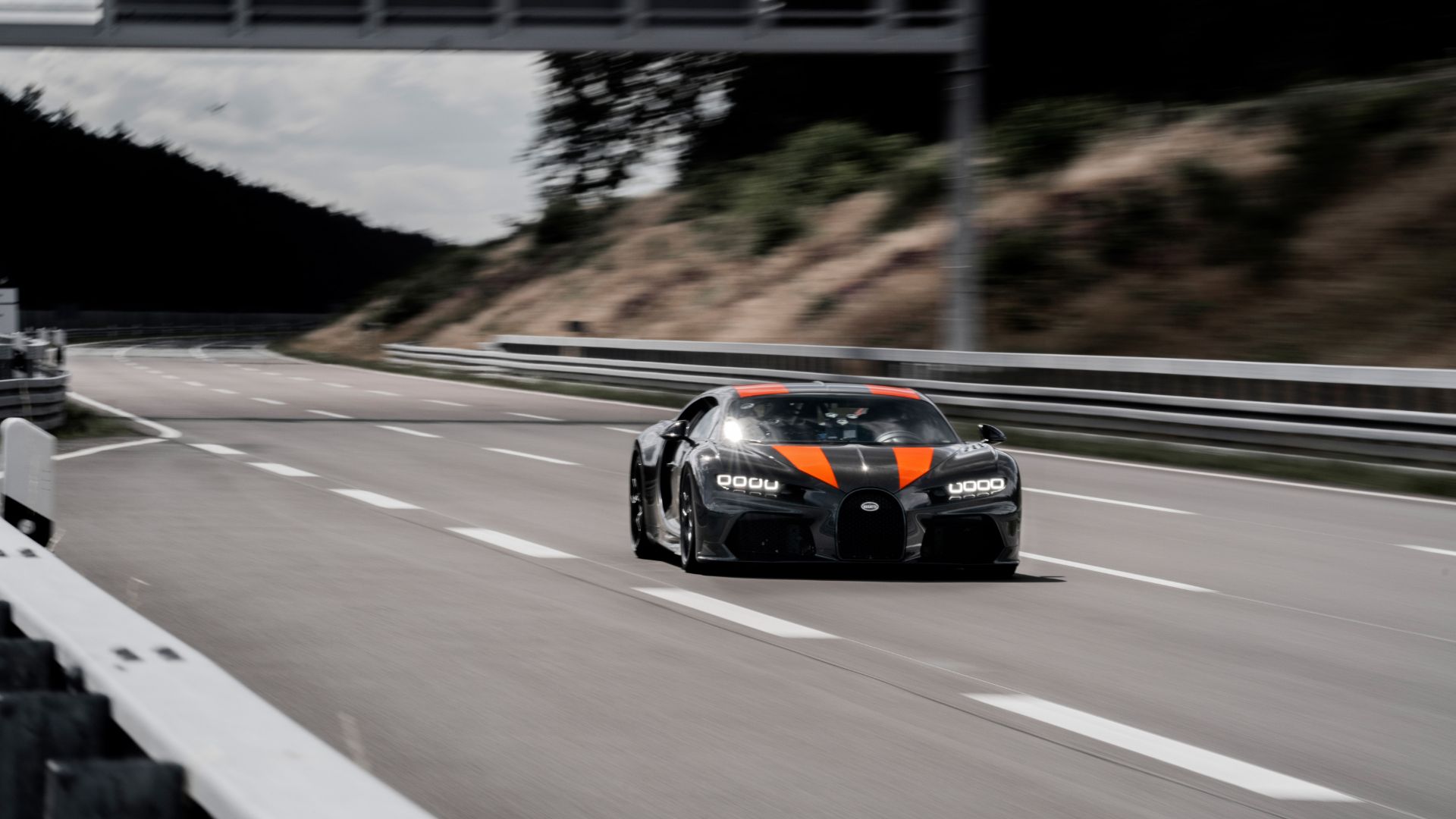 Let’s look at other metrics by which we measure cars. Acceleration, while impressive, is much of a muchness these days. A decade and a half ago, getting to 62mph in under four seconds was the preserve of the most exotic six-figure machinery.

These days, with the wind blowing the right way, you can do that in a hybridised Porsche SUV or an Audi hot hatch. Some high-performance electric cars are knocking at the back gates of two seconds to 62mph. Pretty soon, the physics of current tyres won’t let them get there any quicker.

That’s not to say I don’t enjoy incredibly rapid modern cars, or the fact that hypercar-level performance in this sense is now widely available. It is, however, precisely the mass production of this performance metric that knocks the wind out of any mythical feel the very fastest accelerators had. Would Formula 1 be Formula 1 if every other road car could set comparative lap times? Not likely.

Speaking of lap times, let’s talk about the Nurburgring. Okay, they’ve never been worth much more than the A4 sheet the press release was printed on, but today, strong performance credentials at the ‘Green Hell’ are less of a commodity than ever before. That Cayenne Turbo S E-Hybrid, once it’s beaten a 15 year old 911 GT3 to 62mph, could probably munch it round the Nordschleife, too.

Cars have outgrown these units of measurement. They’ve near as makes no difference ‘completed’ them. As such, performance so-measured nonpluses me, at least in comparison to VMAX. 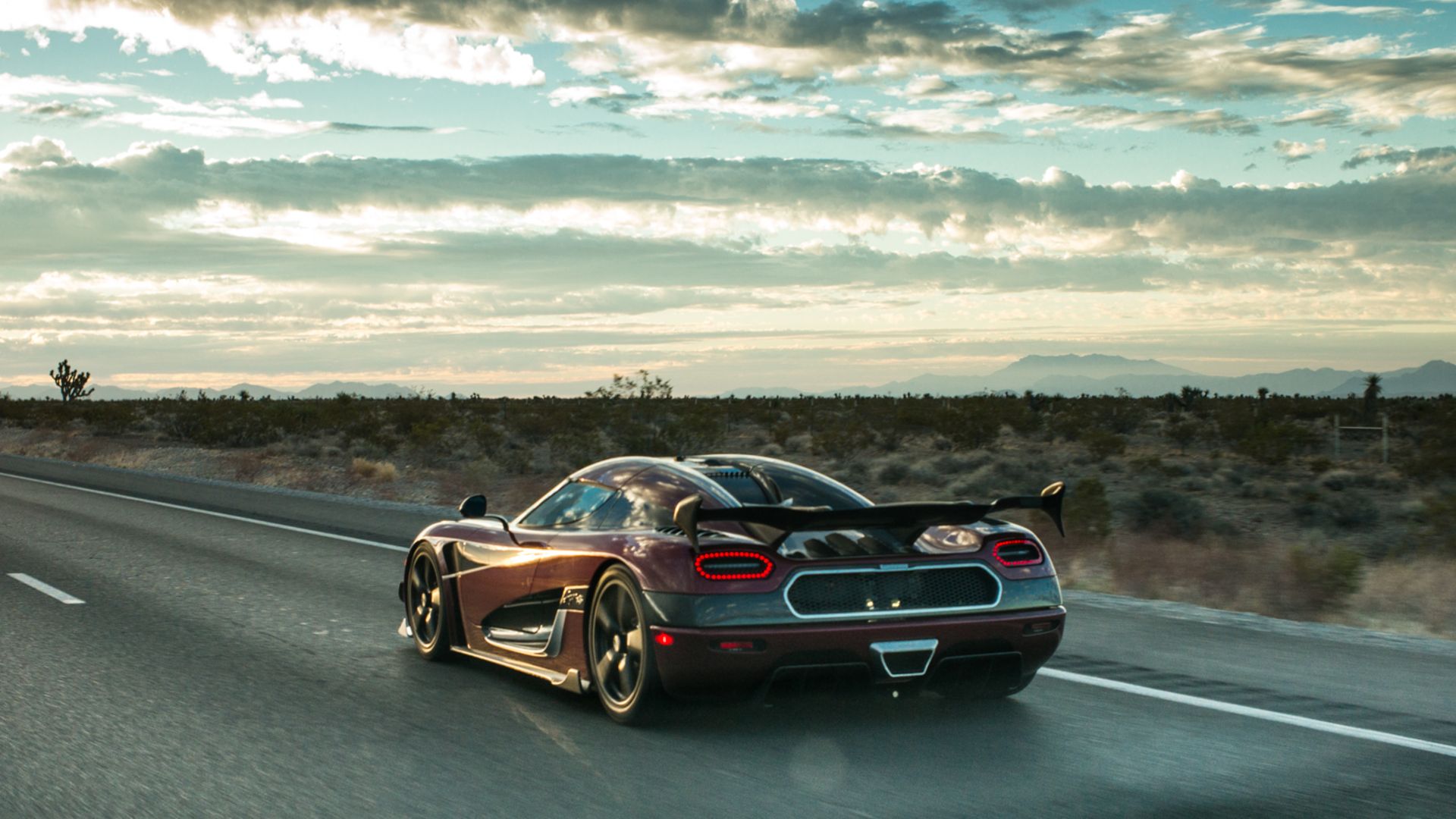 Top speed is the game that never gets old – the final automotive frontier. More speed is always possible, with more power, cleverer tyres and cleaner aerodynamics. It’s quite literally the very limit of what a car can achieve. It’s that level of performance, and the engineering it demands, that still remains beyond the attainability of mere mortal.

These are cars at the very top of the food chain, headed by that mightily impressive Chiron SS 300. Scoff all you want, it’s the speed king, and it changed the conversation.

Records like this change our silly little car world in ways no other performance metric can. They’re once, twice, three times in a generation, if we’re lucky. Most importantly, it’s the metric that still musters that child-like wonder in all of us. It stretches our imaginations. It reminds us all just how impassioned we are with these machines. 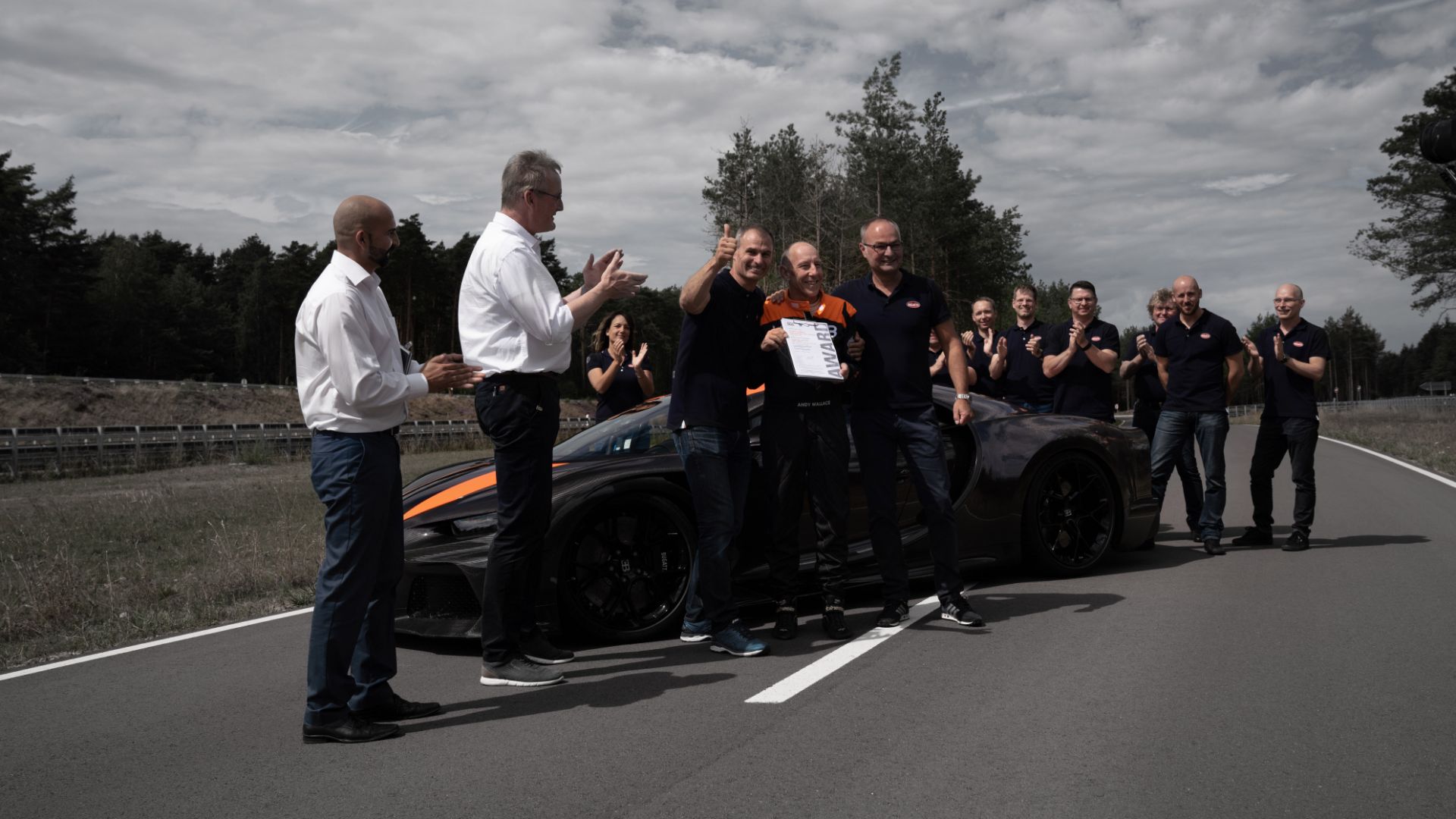 I envied the young car lovers of today the day they read the headlines about the Chiron. Then I realised I shouldn’t have, because I remember exactly how it felt, not only from when the past masters did their thing, but because it broke my adult cynicism and mustered that same feeling all over again. Not to mention the heated debates between my colleagues, friends and I.

I was right there with them, along with many others, staring in wonder and muttering ‘wow’ under my breath.

For that, this record, those that came before, and those that are still to come, are invaluable, and more relevant than ever before. It’s a shame, then, that shortly after setting this one, Bugatti bowed out. I do wonder how long that abstinence will last. Over to you, Mr Koenigsegg.