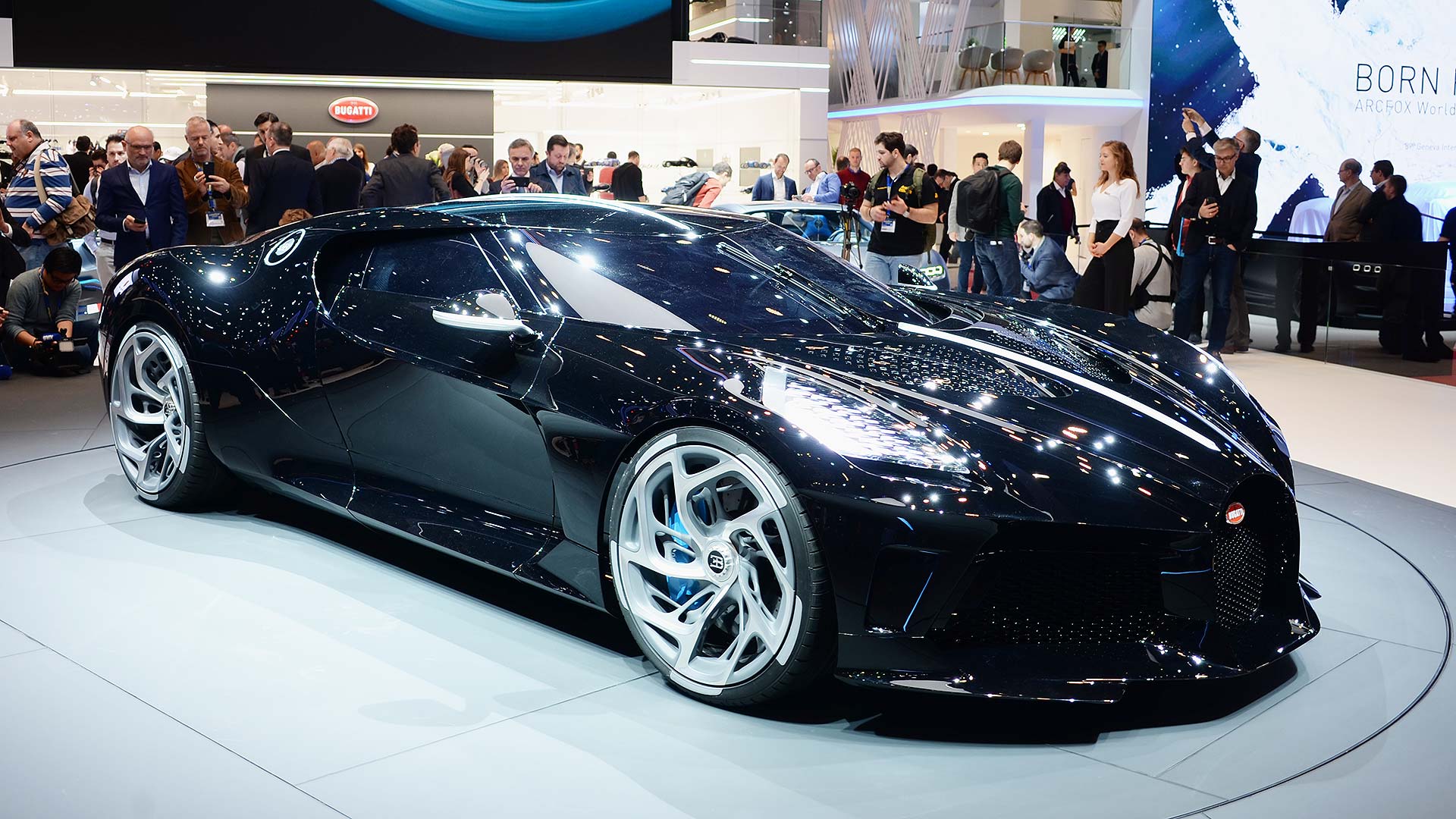 Few marques have licence to build and sell ‘the most expensive car in the world’. Of all, it is perhaps Bugatti you’d most expect to aim so high.

The story of La Voiture Noire 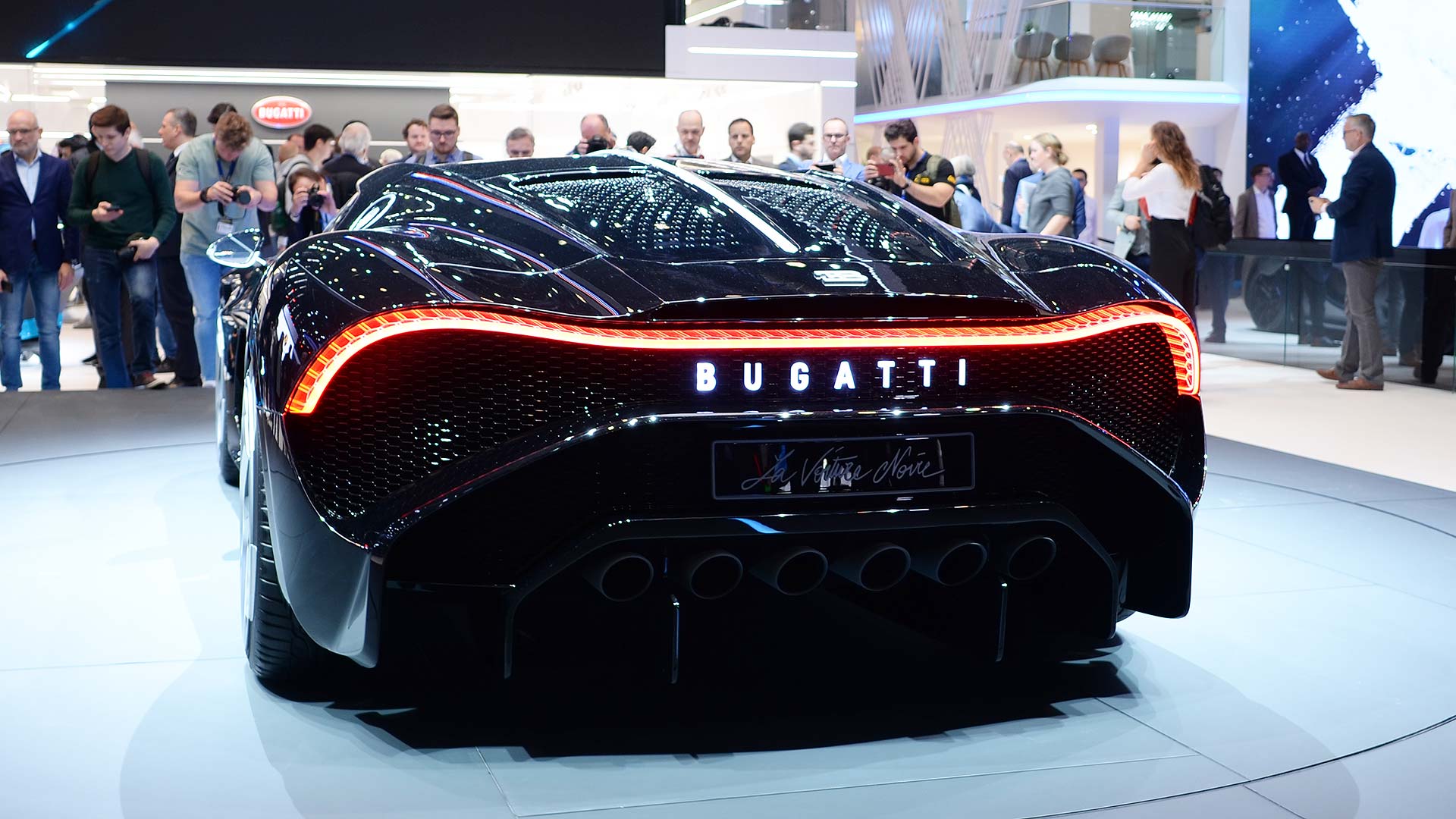 La Voiture Noire owes its name, and its existence, to a tale of lost treasures fit for an Indiana Jones movie.

This car pays tribute to the Type 57 SC Atlantic – a classic car that almost transcends monetary value. Unless you have many, many millions and the bargaining power to convince the likes of Ralph Lauren to give up the keys, you’re not getting one.

The new La Voiture Noire refers to a different Atlantic, however. Jean Bugatti’s personal car that was lost in the throes of World War Two, never to be found again. ‘The Black Car’ pays tribute to that legendary lost chassis.

A Chiron with a body kit? 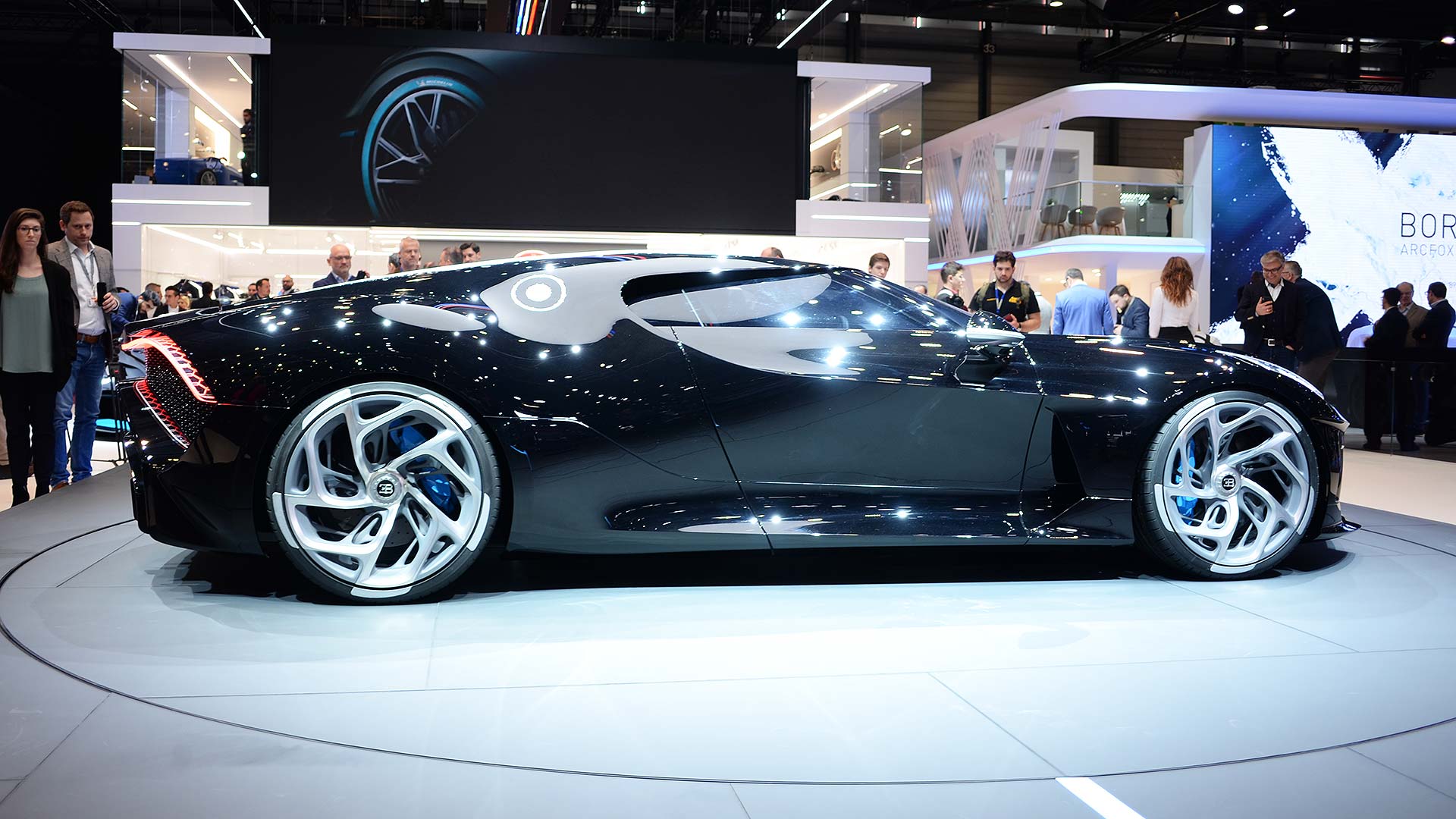 If you were being crass, you could call it that. The basis is very much the Chiron, 1,500hp quad-turbo W16 included. The Noir appears to be extended by comparison, however, with that long sprawling nose aping the elegant Atlantic. At the front, there are more than a few hints of the track-prepared Bugatti Divo, too.

It’s at the back, however, where the Noir is truly distinctive. Six exhausts dominate an aggressive rear end, with ‘Bugatti’ emblazoned and glowing above. A distinctive light strip follows the line at the top, not looking entirely dissimilar to the McLaren P1. 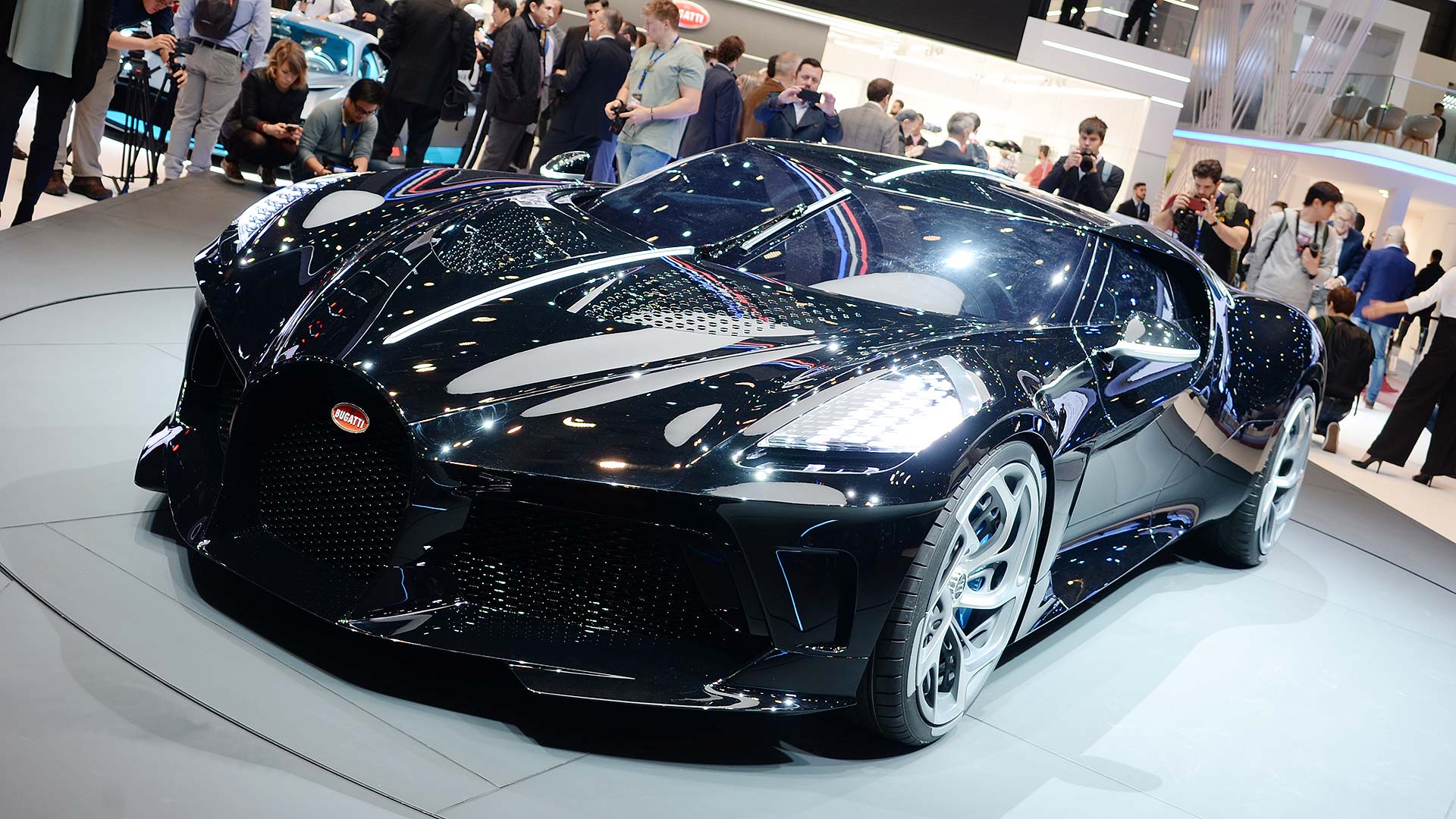 On top, the open-engine setup of the Chiron is gone, with a smoother Atlantic-aping closed rear end. The engine cover is perforated to allow hot air to escape. The wheels are a distinctive new design and the cabin, unseen as yet, has likely gone through significant changes of its own.

As for who bought it? Company boss Stephen Winkelmann calls the buyer ‘a Bugatti enthusiast’. There have been rumours that it’s former VW head honcho, Ferdinand Piech.

However,  like the location of that lost Atlantic, we suspect the lucky custodian’s identity will remain the stuff of legend. 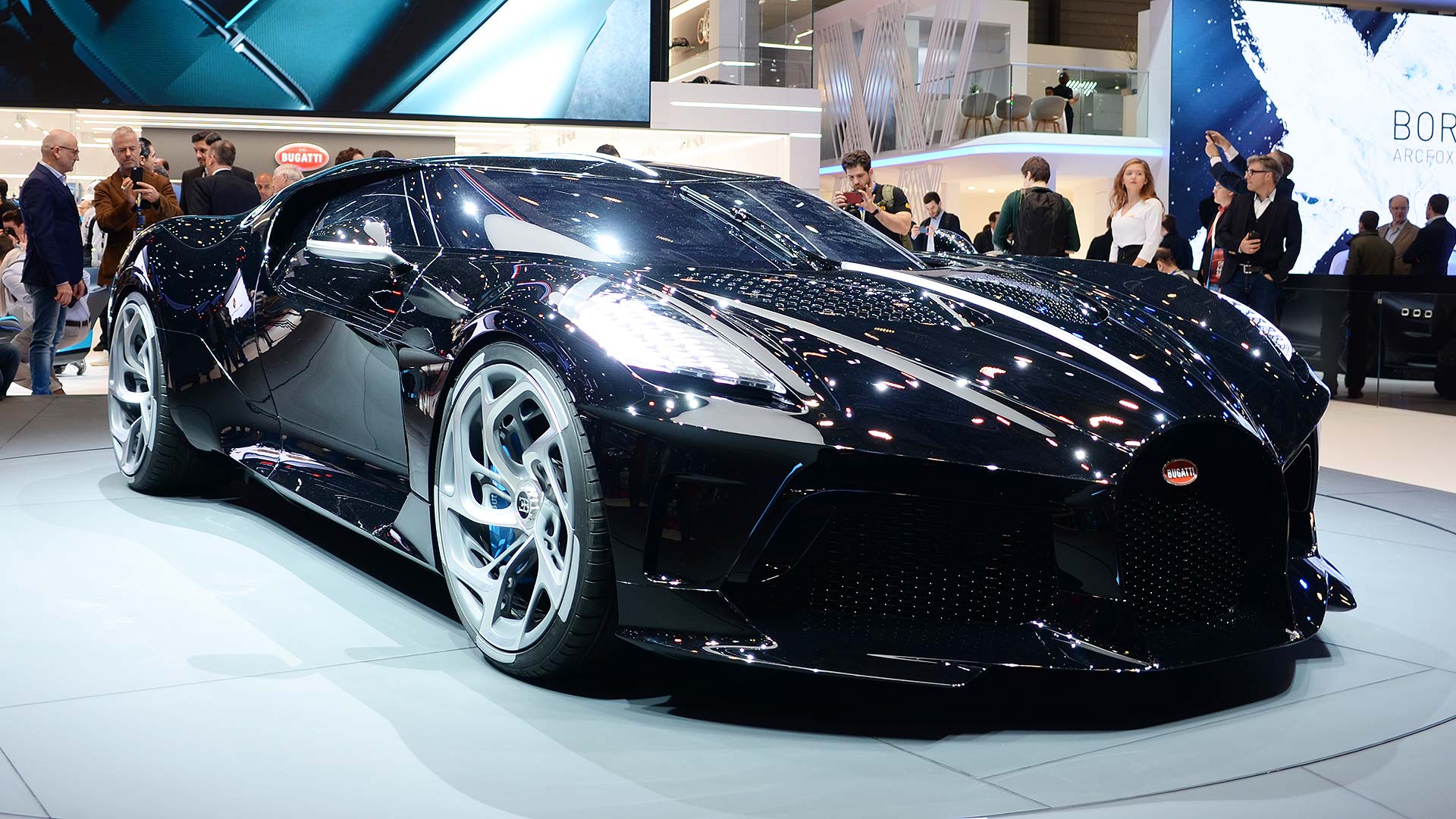 When he was the boss at Lamborghini, Stephen Winkelman made a point of pushing limited-run specialist cars.

Now he’s heading up Bugatti, we’re getting the same with the Divo and La Voiture Noir. We sincerely hope there are more to come…