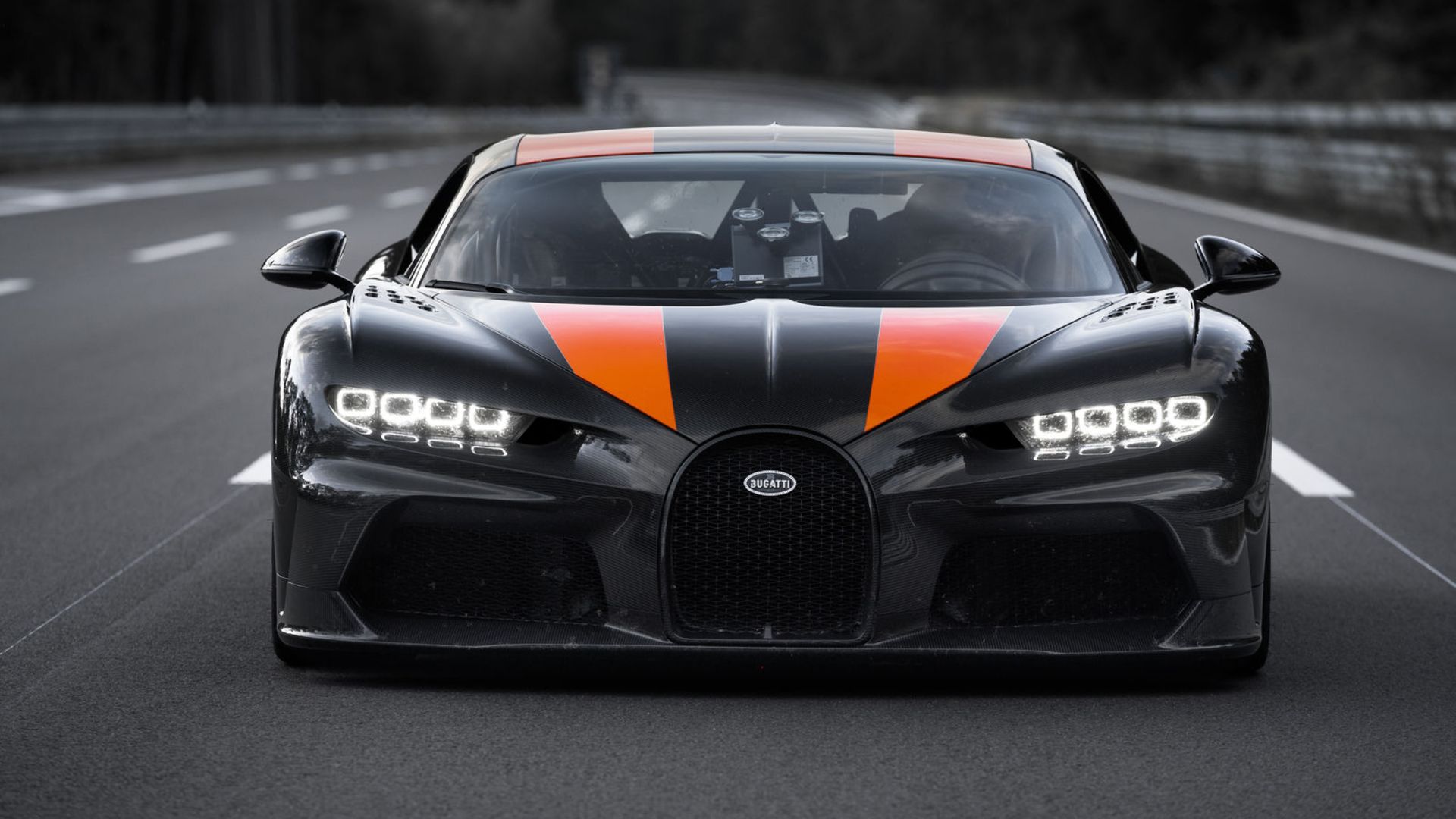 Bugatti is officially back as the king of speed. Driving a specially-prepared Chiron, race ace Andy Wallace burst through the 300mph barrier, achieving a top speed of 304.77mph at Volkswagen’s Ehra-Lessien test-track.

It beats the official 277mph record that Koenigsegg scored two years ago with the Agera RS. 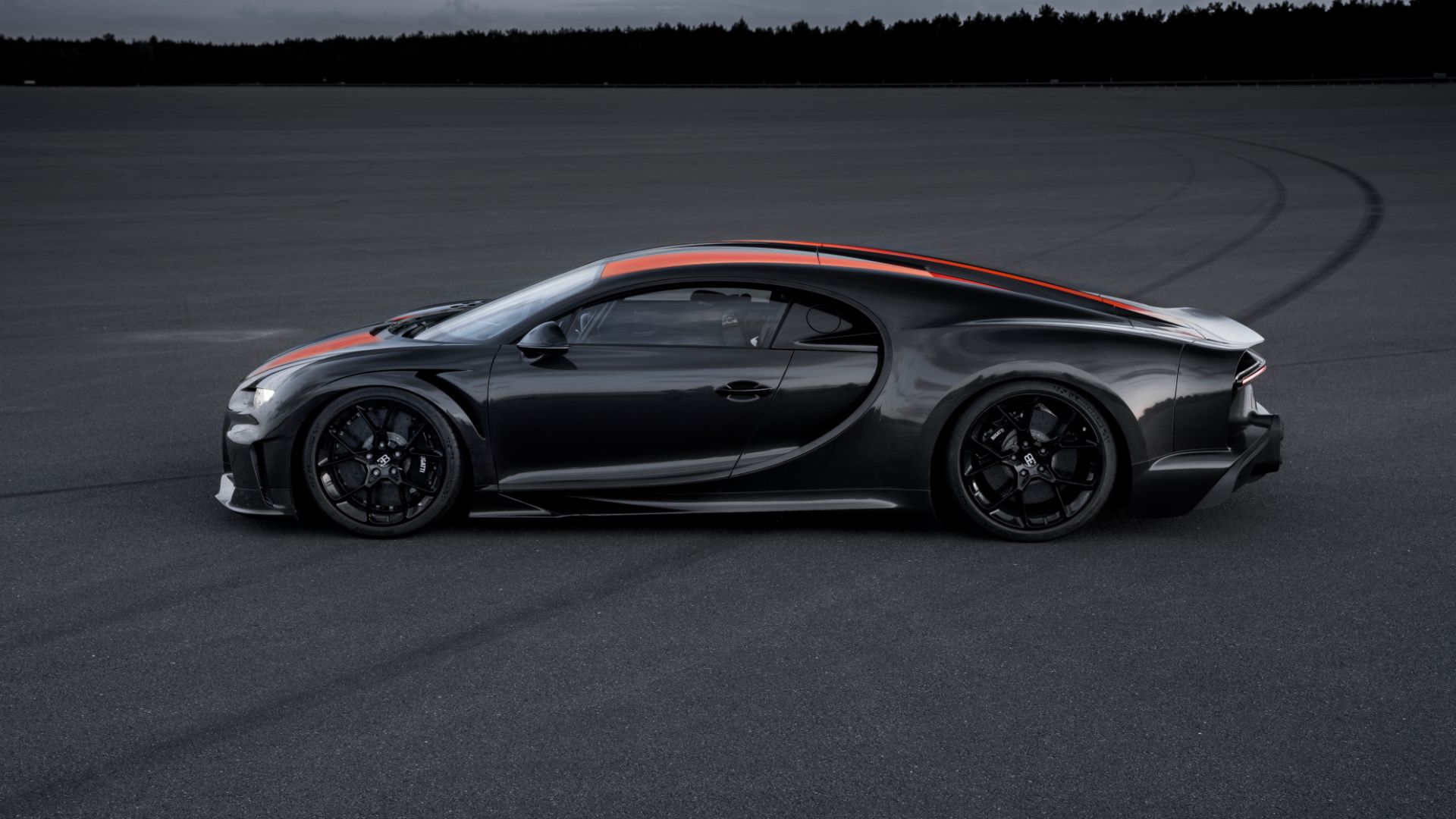 As you can tell by looking at the pictures, this is no ordinary Chiron (if any Chiron could be called ‘ordinary’). It features extensive modifications, both visible and under the skin, to make it a 300mph car.

At such speeds, the air is your enemy. To help defeat it, the Chiron has modified bodywork, including a 250mm longer tail with a reduced cross-section for increased stability.

Stacked quad exhausts protrude from the rear, to keep the hot gasses from interrupting airflow. These were also seen recently on the Bugatti Centodieci ‘EB110 tribute’, revealed at Pebble Beach. 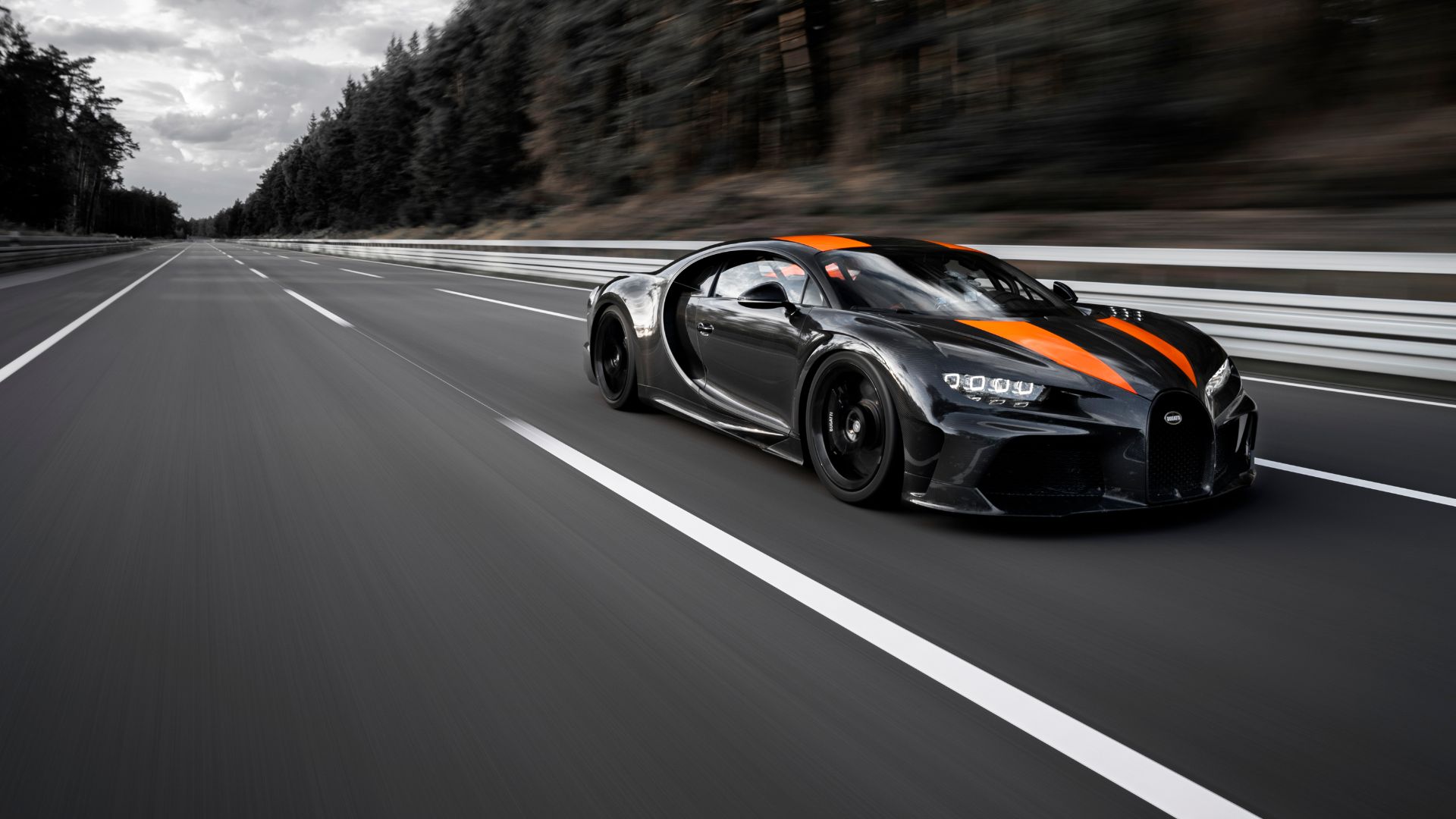 Speaking of interrupting airflow, this is the first Bugatti of the modern era without any sort of spoiler, active or fixed. The Chiron’s hydraulic item has been ditched to save weight. At the front, the horseshoe grille is engorged, along with the flanking vents, to suck in as much air as possible and cool the Chiron’s many radiators.

The front wheelarches evacuate air through new vents in the bodywork. The ones on the top, in particular, are very reminiscent of the EB110 SS.

Those radiators have more work to do than ever. The 8.0-litre quad-turbo W16 engine in this prototype produces 1,600hp. That power goes to all four wheels via the regular Chiron transmission. On the inside, the passenger seat has been removed, although we don’t expect any production version to be a single-seater. 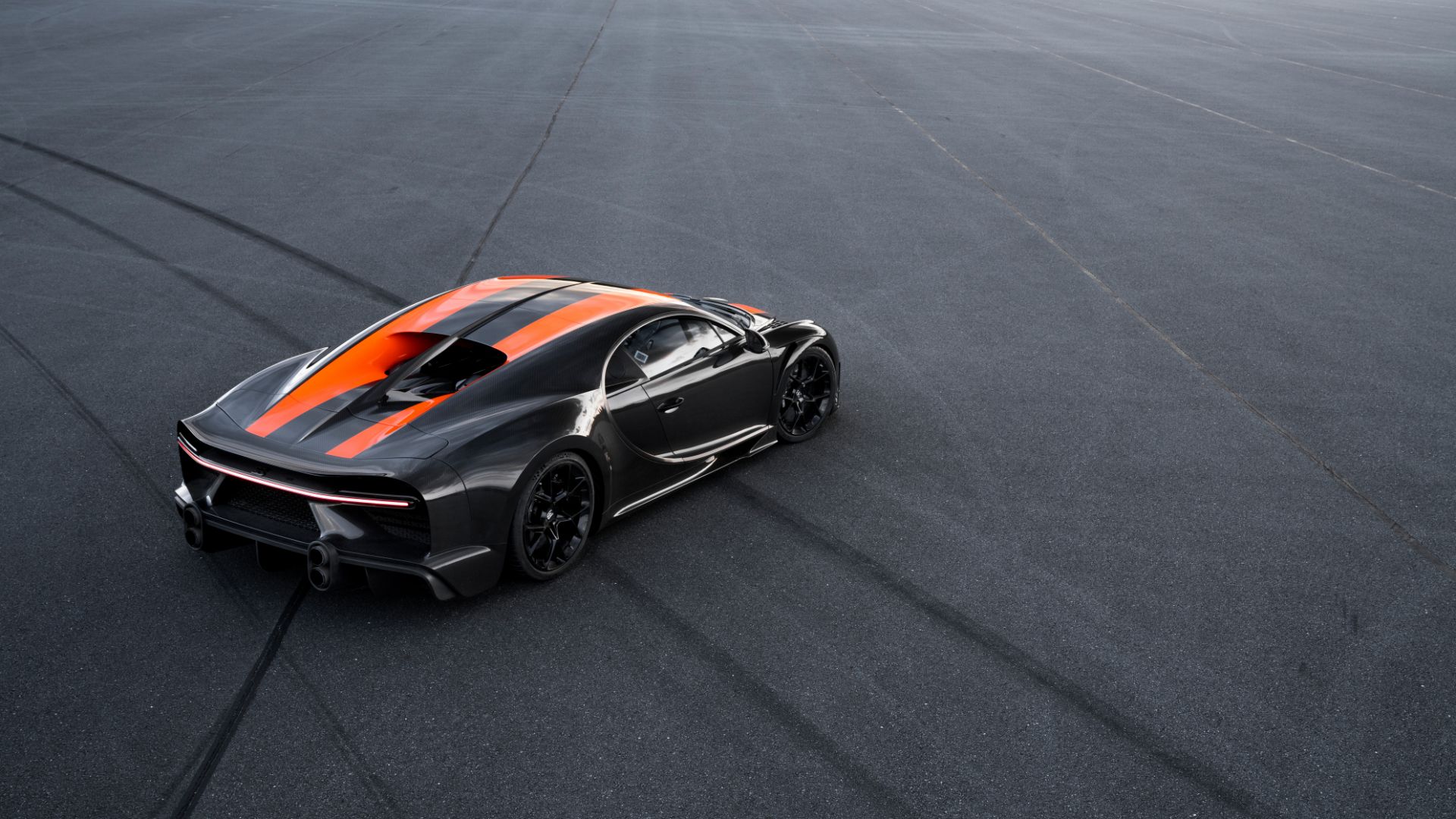 When the Chiron was first revealed, Bugatti seemed nonplussed about speed records. The car could top 260mph, but was electronically limited. It dismissed questions about an attempt, saying tyres were the limiting factor.

Clearly that’s no longer the case. Michelin has been working closely with the marque on the triple-tonne project over the past six months. 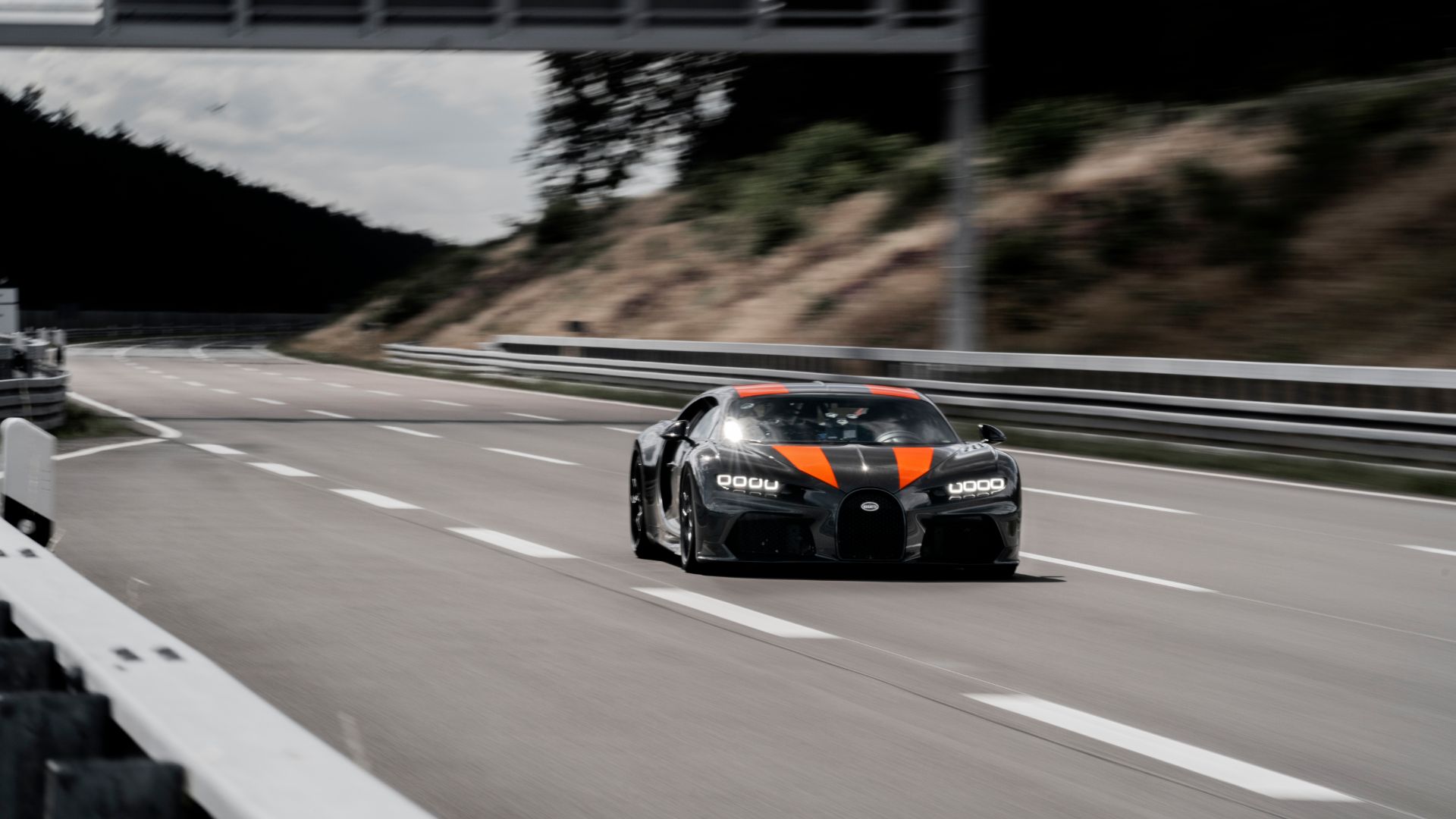 As for what this new Chiron actually is, it’s not clear. At the moment, it’s a one-off. Bugatti refers to it as ‘a near-production derivative of the hyper sportscar Chiron’, so we can probably expect a limited run soon, akin to the Veyron Super Sport of 2010.