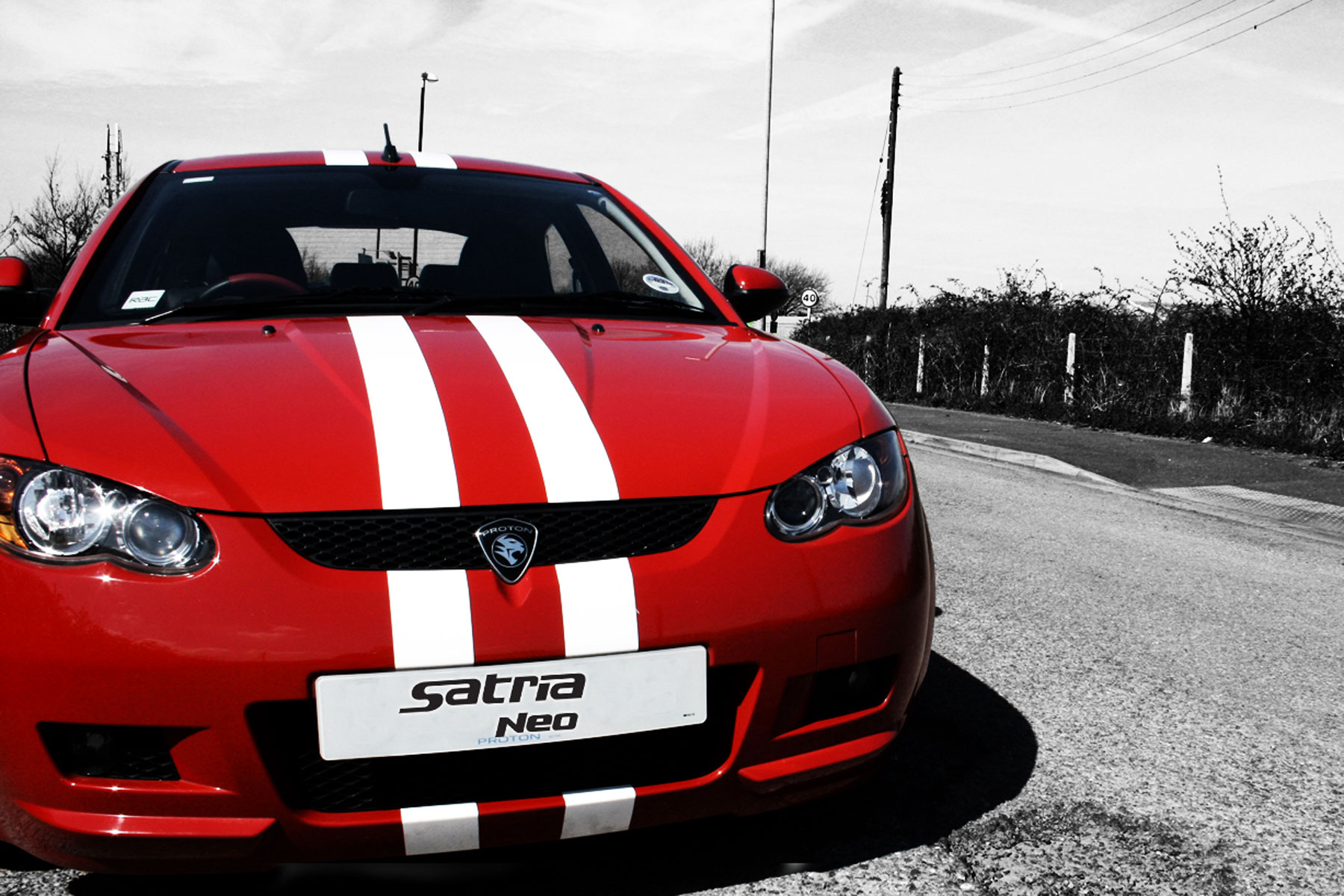 Go-faster stripes: turning the humdrum into a humdinger since the 1960s. Ever since Briggs Cunningham painted a pair of blue lines along the bonnet, roof and rear of his 1951 C-2R Le Mans car, the racing stripe has been synonymous with the quest to go faster.

As an article in the spring 2015 issue of The Shelby American explains, “Cunningham liked the white and blue colour combination. American FIA entries had been painted white, so Cunningham chose to paint his cars that colour. With this paint scheme Cunningham’s cars became instantly recognisable. In fact, in subsequent years twin stripes were referred to as ‘Cunningham stripes’.”

But while the American millionaire blazed a trail for stripes on the track, it was left to designer Peter Brock to champion their use on the road. Having spotted an unfinished custom 1946 Ford Convertible at a used car lot, Brock set about building his dream car. The blue stripes applied to the finished article were a tip of the hat to the Cunningham race cars of the 1950s.

The story continued when Brock – who was working at Shelby American as its designer – was tasked with creating a competition look for the Shelby Mustang GT350, without the use of badges or bespoke body panels. With no budget to play with, Brock kept things simple, using GT40-inspired stripes along the side of the car, with a pair of 10-inch wide ‘Le Mans stripes’ running from the gravel pan at the front to below the bumper at the rear. 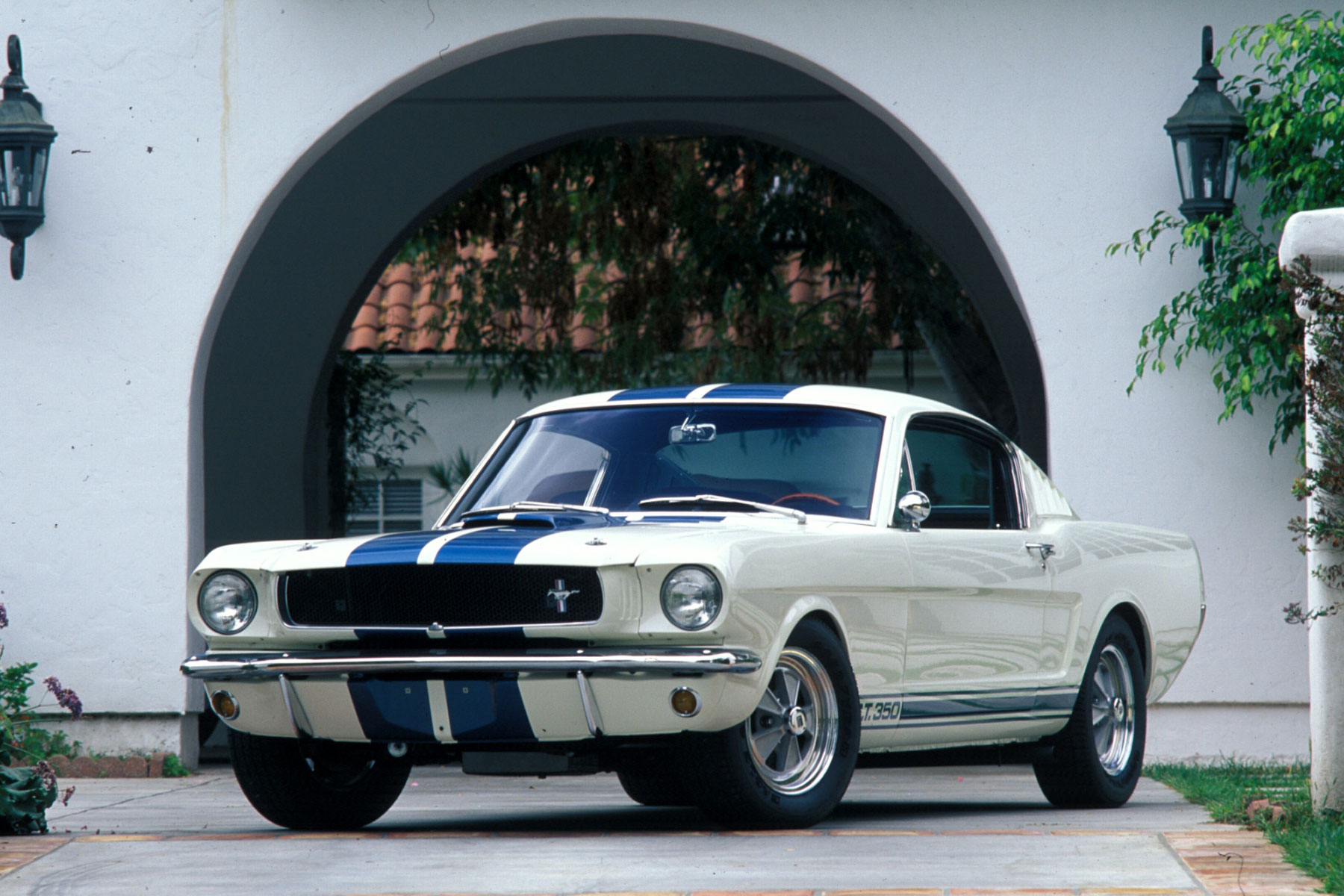 Many of the Wimbledon White cars were delivered without the iconic stripes, with dealers fearful of undue attention from the police. Customers prepared to risk a run-in with the law could have the stripes applied at the dealership, presumably all too happy to bask in the glow of a competition-look road car.

Meanwhile, on the other side of the Atlantic, France was waking up to the power of the go-faster stripe. Unveiled at the 1964 Paris Motor Show, the Renault 8 Gordini caught the eye thanks to its Bleu de France paintwork and twin white stripes.

Soon, the lines of paint or decal strips were earning their stripes in accessories catalogues across the world. In the US, go-faster stripes became almost mandatory equipment on the new breed of muscle cars sweeping the nation, with manufacturers aware of their showroom appeal.

American Motors even attempted to leverage some go-faster magic on its ad for one of the country’s cheapest cars, with the press advertisement for the Rambler asking: “Do Rogues really come with rally stripes?” before answering: “No, but with the new engine they drive that way.”

Flash – king of the universe

Here in the UK, if a manufacturer didn’t offer stripes as an option, it was easy to find an aftermarket company that would. The Ford Lotus Cortina was one of the earliest flag-bearers, with its olive green painted flash helping create one of the most memorable styling jobs of the 1960s.

Of note is the fact that, in common with the Shelby GT350, the Lotus Cortina used the ‘less is more’ approach to devastating effect, inspiring countless imitators in the process. The go-faster stripe was a central part of the overall package.

From sports cars to coupes, and more recently hot hatches, the go-faster stripe became a visual clue that a car might be packing a little more punch than it first appeared. And even if it didn’t, there were obvious psychological benefits associated with the upgrade.

The go-faster stripe was a cast-iron guarantee that the Maidstone inner ring road would be turned into the Mulsanne Straight, at least that’s what the driver thought when at the wheel of his or her Mini 1275 GT, Austin Allegro Equipe or Hillman Avenger. 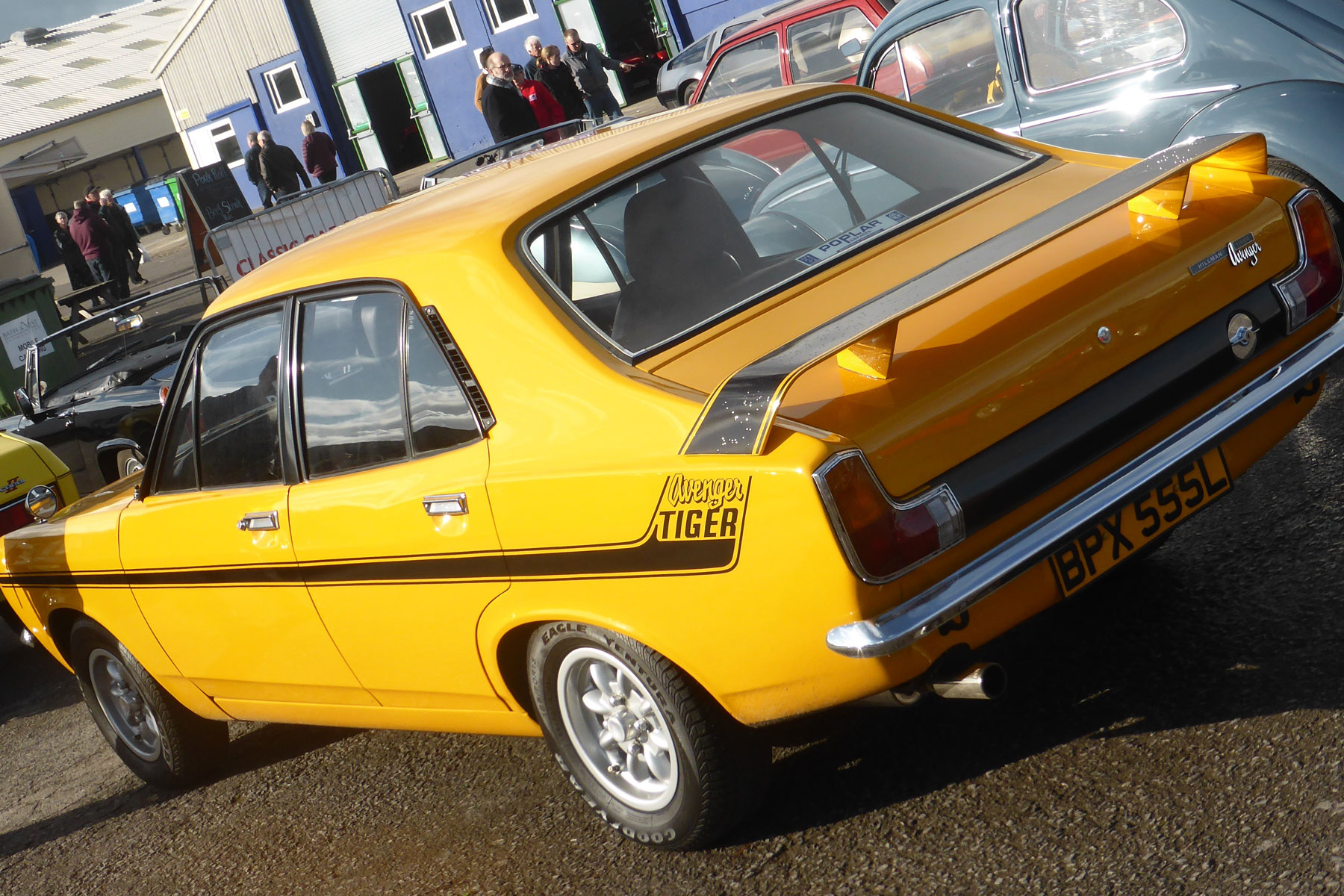 In fact, the Avenger Tiger featured one of the most exquisitely executed go-faster stripes of the 1970s, with the black decals contrasting beautifully with the Sundance Yellow paintwork, and blending seamlessly into the rear spoiler. Few cars wore their stripes quite as well as the Tiger and Vauxhall Viva Brabham.

In 1980, Goodyear offered free go-faster stripes with a set of Grand Prix-S recessed white letter tyres. “Go faster stripes free with every set of go safer tyres,” proclaimed the advert, although it’s not clear how many people claimed this attractive offer.

From Viper to Sting

Today, the go-faster stripe is still used to good effect by car manufacturers as part of their personalisation packs, although the results aren’t always successful. A set of side stripes on a Fiat 500 would be a good investment at £150, but if you spent cash on stripes for your Nissan Pixo or previous-generation Peugeot 108, you might want to speak to a financial adviser.

As a rule of thumb, the go-faster stripe works best on a car with a close link to motorsport. Which is why the black stripes on the Porsche 911 Carrera T and the white stripes on the Ford GT ‘67 Heritage Edition work so well. It’s authentic, innit.

And we can’t overlook the impact of the Dodge Viper, which introduced a new generation to the joys of the stripe. Without it, we might not have seen the likes of the Proton Satria Neo Sport and the Vauxhall Corsa Sting.

Clearly, the go-faster stripe can give a car ideas above its station, but on balance it’s a force for good. It says more positive things about you than a sticker for a local commercial radio station, which serves only to tell the world that you enjoy your music being interrupted by hyperactive DJs and your weather forecasts bookended by ads for double glazing firms.

Some would argue that there hasn’t been a car built that can’t be improved by a set of black steel wheels, but is the same true of the go-faster stripe? Ladies and gentlemen, we present the following evidence to spark some debate…