It produces 700 hp and is only for the racetrack 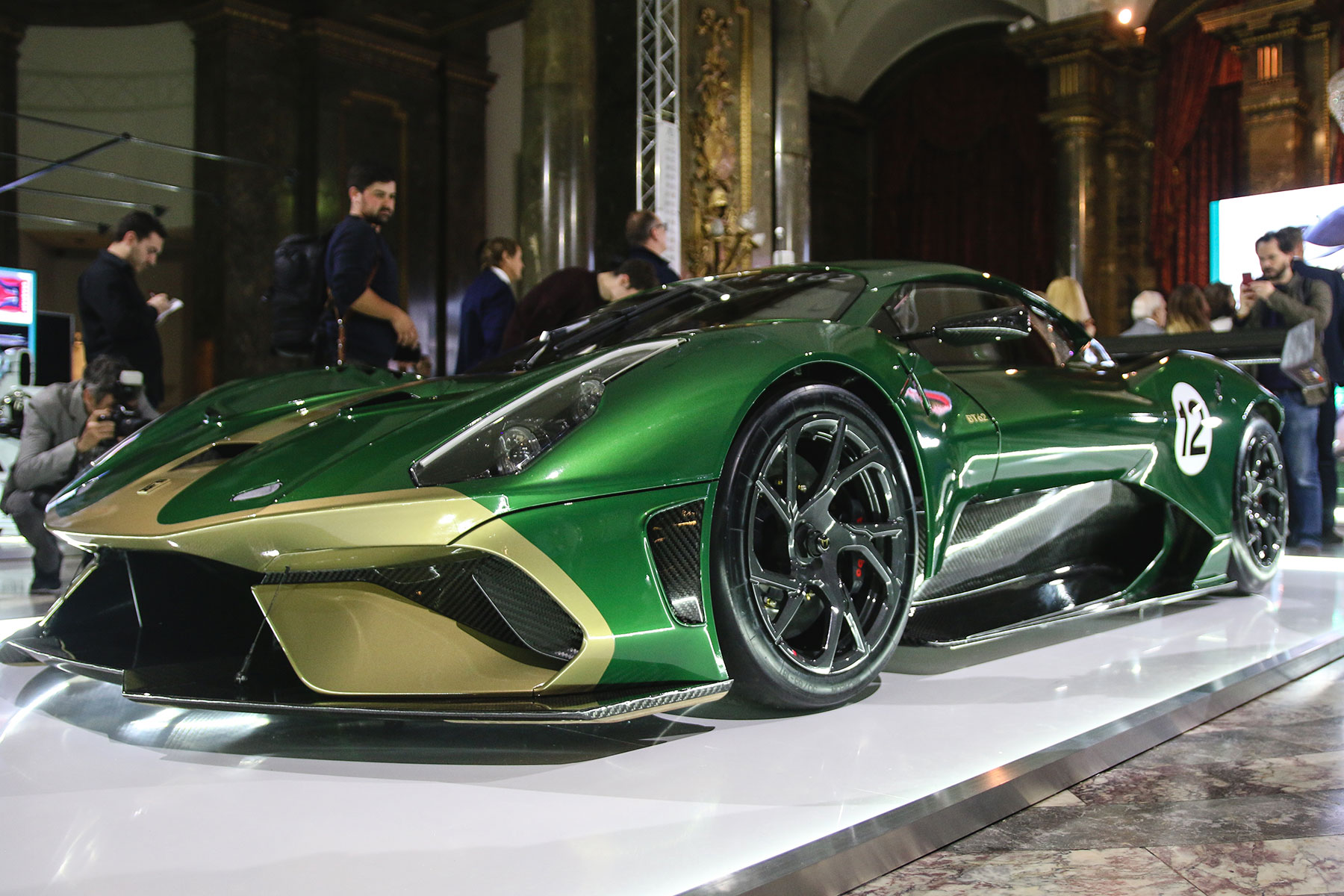 70 years after it first started racing, the famous Brabham brand is back – and the reveal of a 700-horsepower track-only supercar called the BT62 at the Australian High Commission in London helped launch its comeback with a bang.

The company was originally founded by Jack Brabham and partner Ron Tauranac in 1948: it’s Jack’s son, David Brabham – himself a former F1 racer – who’s leading the rebirth of Brabham. It’s no one-product company either; the intention is to roll out a line of specialist supercars, to compete with other motorsport-infused brands such as McLaren, Ferrari and Porsche.

There are even plans to race at the Le Mans 24 Hours.

The Brabham BT62 is a ground-up fresh design, powered by a Brabham 5.4-litre V8 engine that, thanks to a kerb weight of less than a tonne, gives a power to weight ratio of 730 hp per tonne.

MD David Brabham said: “It’s with great pride that I honour and continue my father’s legacy in revealing the next chapter in the evolving Brabham story.” This, he explained, is the culmination of a 12-year project to bring back Brabham.

“The team we have in place, and the vision it shares, provides a solid platform for Brabham Automotive to execute its long-term business strategy. Our first step to deliver on that strategy is the Brabham BT62, a car truly worthy of carrying the iconic Brabham name.”

We won’t have long to wait, either: first deliveries of the BT62 will begin later in 2018. 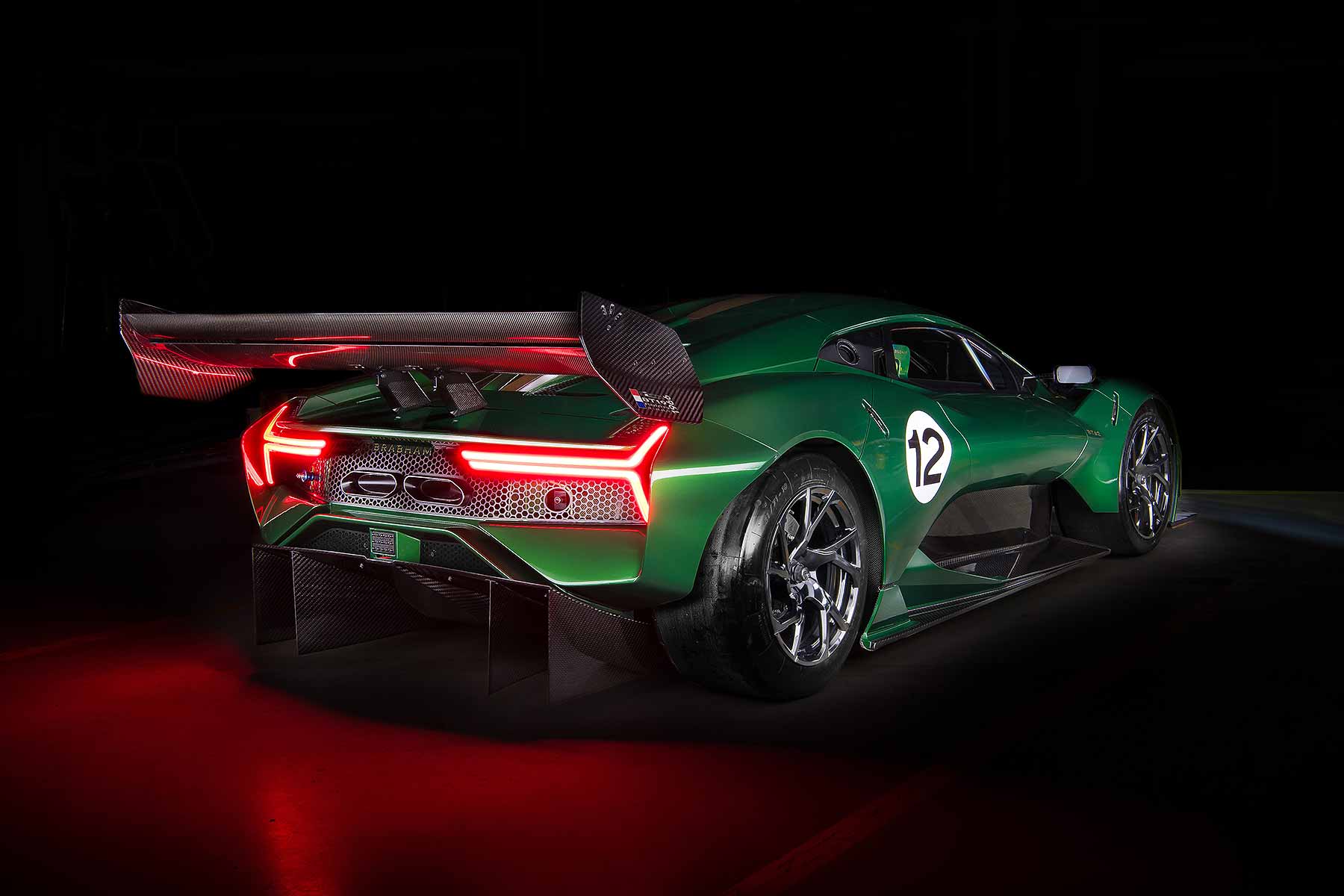 The BT62 is a carbon fibre supercar that will cost £1 million plus taxes. The reborn company plans to build just 70 of them – and the first 35 will come in an exclusive range of retro liveries inspired by Brabham’s title-winning 35-year run in Formula 1 racing.

Jack Brabham remains the only man to have won the F1 World Championship in a car bearing his own name, and Brabham’s most recent world titles were scooped by Brazilian Nelson Piquet.

An aggressive aerodynamic package means the BT62 produces way more downforce than it actually weighs – over 1,200kg, says the new company. Michelin racing slicks give it ample traction and Brabham Automotive says it’s working closely with the tyre firm to “ensure the continued performance of its vehicles to the very highest levels”.

The mid-engined car is rear-wheel drive, with a race-spec gearbox mounted at the back. Cool details include a motorsport-spec air jack system, plus carbon ceramic brakes with six-piston calipers front and rear. Interestingly, although it’s left-hand drive in the images, right-hand drive is available on request.

Brabham Automotive director of technology and engineering Paul Birch said” “Created from a blank sheet of paper, our first car takes Brabham into an exciting new era, whilst honouring and upholding the marque’s glorious past.

“Using contemporary materials, processes and technologies, and following a rigorous two-year engineering and development programme, the resulting BT62 is a car that demands total engagement and commitment from its driver, delivering immense reward and satisfaction.”

Production will be limited to just 70 cars – one for each year since Sir Jack Brabham lauchced his racing career –  with the first 35 liveired in tribute to each of Brabham’s F1 Grand Prix victories.

Owners will be invited to join a tailored driver development and experience programme, to enable them to get the best from their 700hp track star. First delivers are expected later this year.