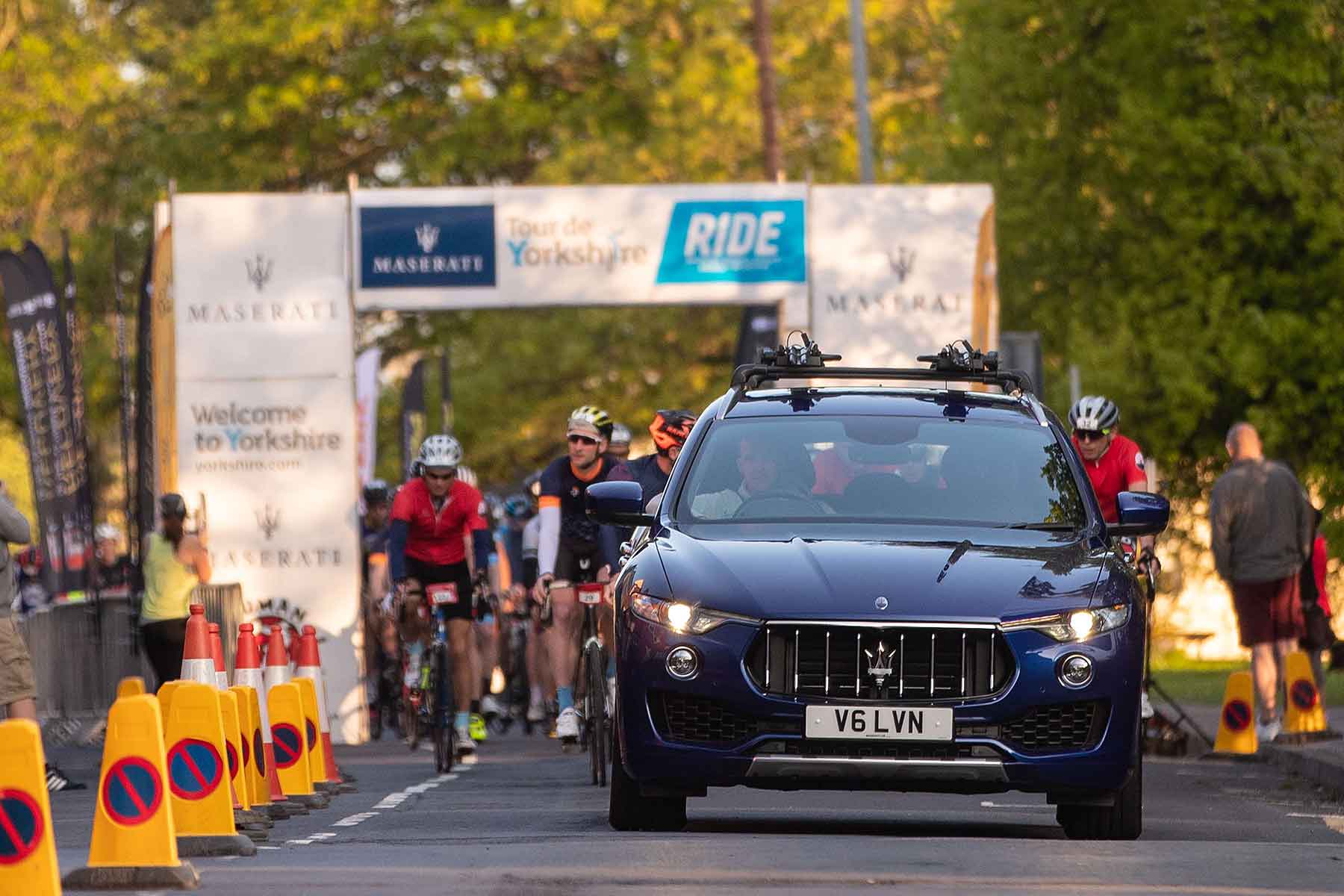 I’ve now just about recovered from this year’s Tour de Yorkshire Ride. Held on the final day of the cross-Yorkshire epic, we sportive riders get to cycle the same route as the pros do later in the day. It’s a great warm-up for the crowds, and a killer for us riders.

I did the full long route, 129 kilometres and over 2,500 feet of climbs. The pain in my leg muscles was at times crippling, so intense were the ascents. It was yet another reminder of how superhuman pro riders are. 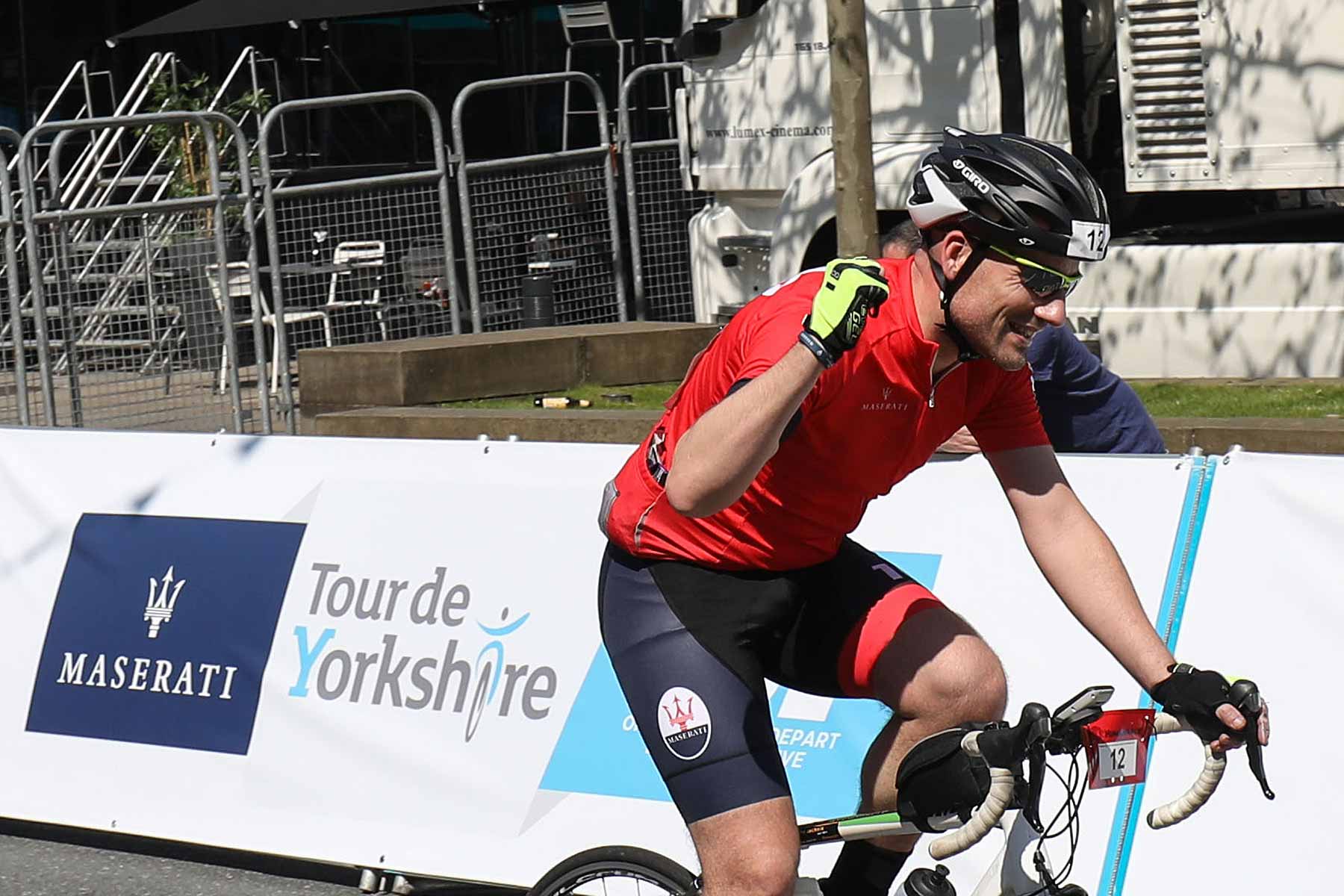 But I made it, and even managed a fist-pump over the finish line, before turning the corner and receiving my medal in the riders’ cool-down area that had water and (low alcohol) beer, food, massage tents… and a couple of Maseratis on display. When you’re title sponsor, you get to do that.

At first, it’s not obvious what links led Maserati to back the Tour de Yorkshire. Sure, the numbers are impressive – 2.5 million spectators along the route, claims that the Tour de Yorkshire was watched by more people than the iconic Giro d’Italia held the same weekend, neither is to be sniffed at. But what’s the hook that makes it genuine rather than opportunistic? 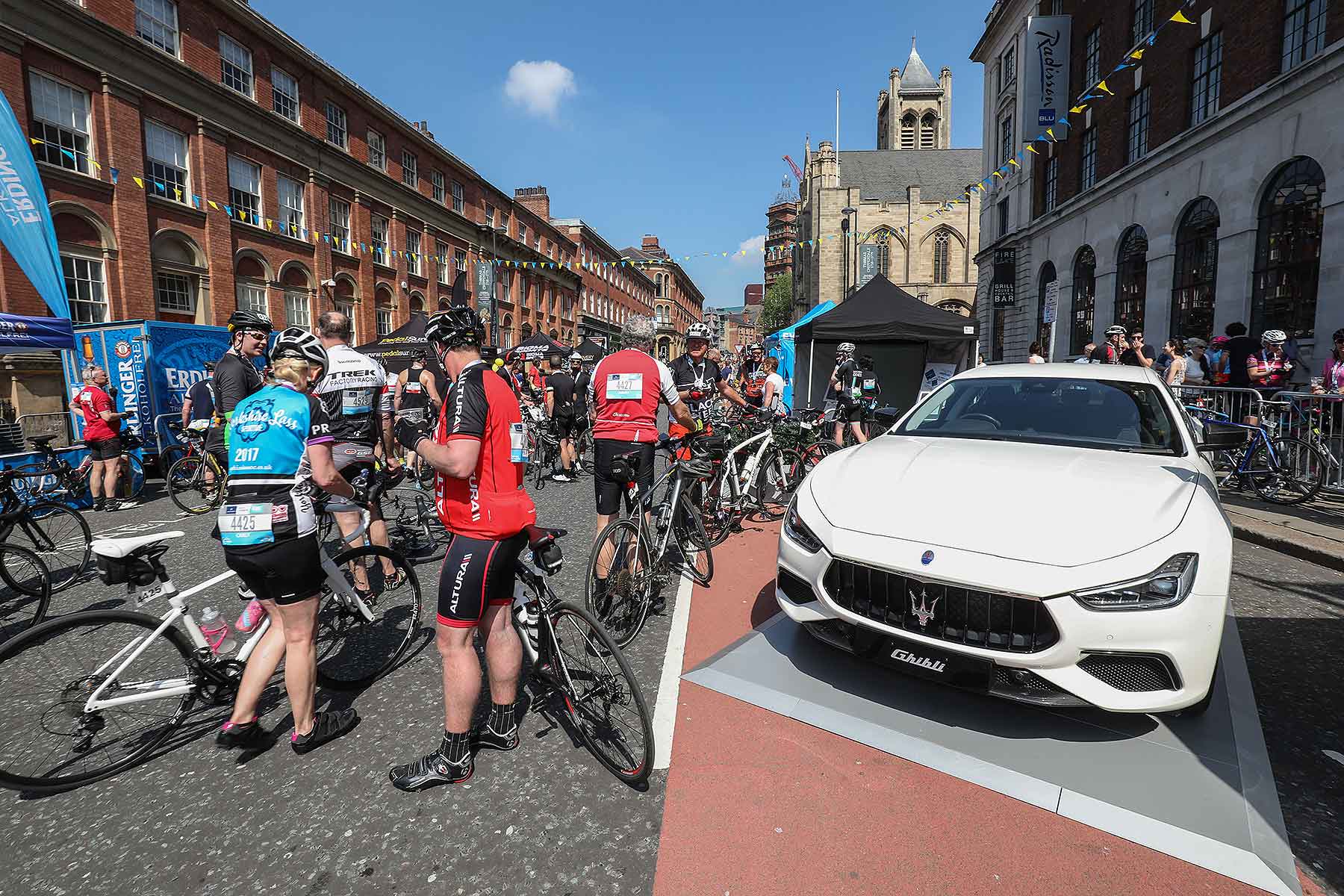 Our customers, says Maserati. Ever-more of them are choosing, in their spare time, to take up cycling. By their nature, they are generally well off, and so able to invest in expensive bicycles and equipment. They love brands, and authenticity, and storied marques with history and tales to tell.

Just as they lust after Bianchi and Pinarello bicycles, so too might a bit of awareness see them ogling Maseratis, goes the thinking.

Particularly as it now has the bicycle-friendly Levante SUV. I drove up to Yorkshire in one and, as the city centre car park had tight height restrictions, chose to stick my bike in the back. I dropped the seats and it went straight in; I didn’t even have to take the wheels off. Riders who are chancing a quick Sunday morning blast before lunch with the family (and thus don’t want to faff with roof bars or cycle racks) appreciate this: making Maseratis more practical has strengthened the logic of the partnership.

Maserati’s been title sponsor of Tour de Yorkshire for four years now. For a firm that doesn’t make bicycles or field competitive teams in the sport, it doesn’t seem an obvious link. But, thanks to the boom in cycling, it actually makes more sense amongst its target customers than you may first realise.