Opinion: New Defender is perfect for now, but Audi has seen the future

The new Land Rover Defender has won over the critics in Frankfurt, but an electric Audi concept may show the real path off the beaten track 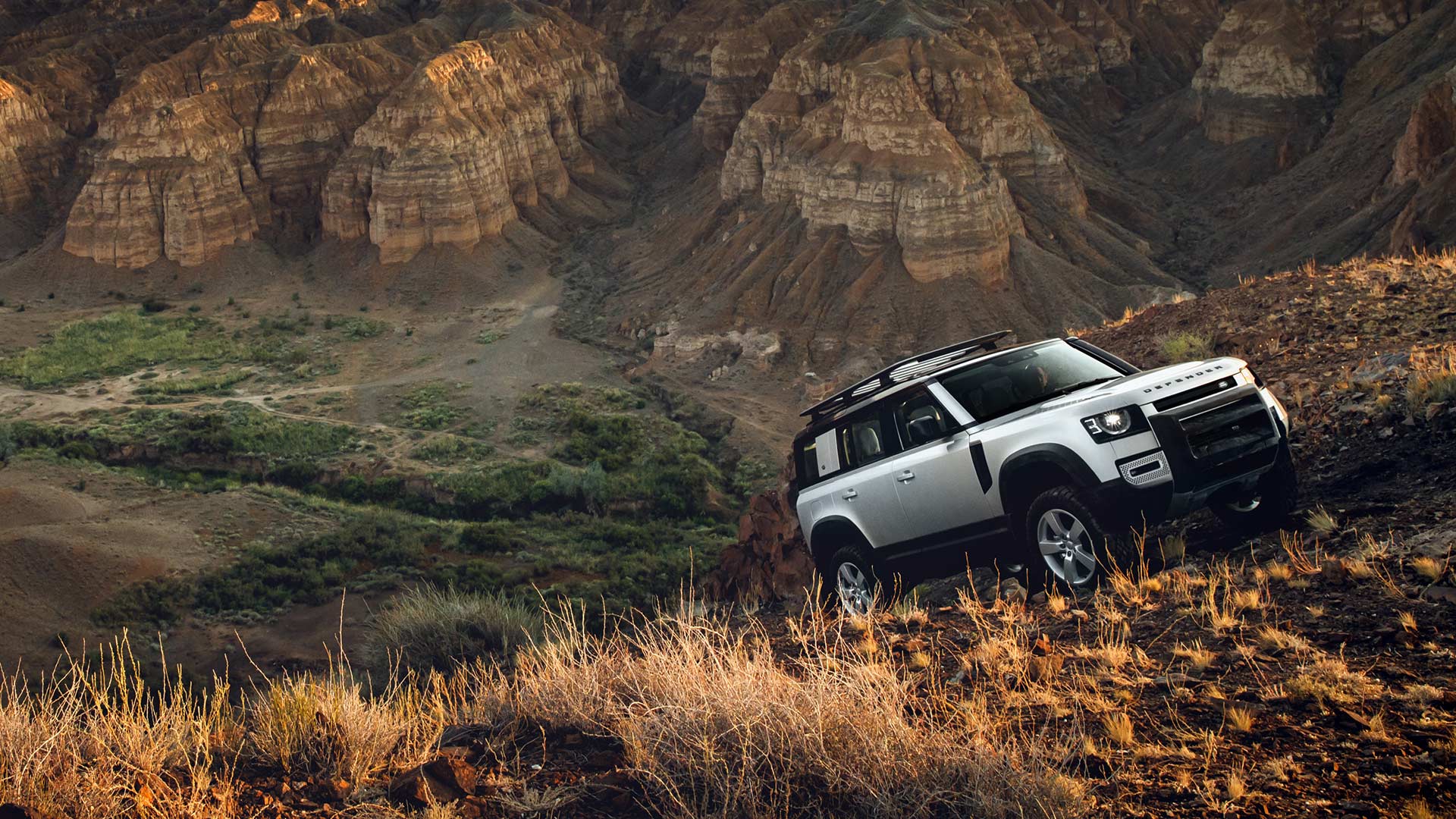 After months of speculation, leaks and teaser photos, the new 2020 Land Rover Defender is finally here.

And judging by the reaction at the 2019 Frankfurt Motor Show, the second-generation icon is already a major hit.

However, there’s another vehicle on show in Frankfurt that reveals how off-road driving may look further into the future.

Days of future past

Land Rover has been under immense pressure to deliver with the new Defender. It needed something built on shared components, rather than the labour-intensive bespoke platform of the previous version.

It also needed keep Defender purists happy, if possible. Yet, to make the project commercially viable, the Defender had to appeal to a wide array of customers.

In a world where buyers clamour for luxury SUVs, building another no-compromise utility vehicle would have been commercial suicide. 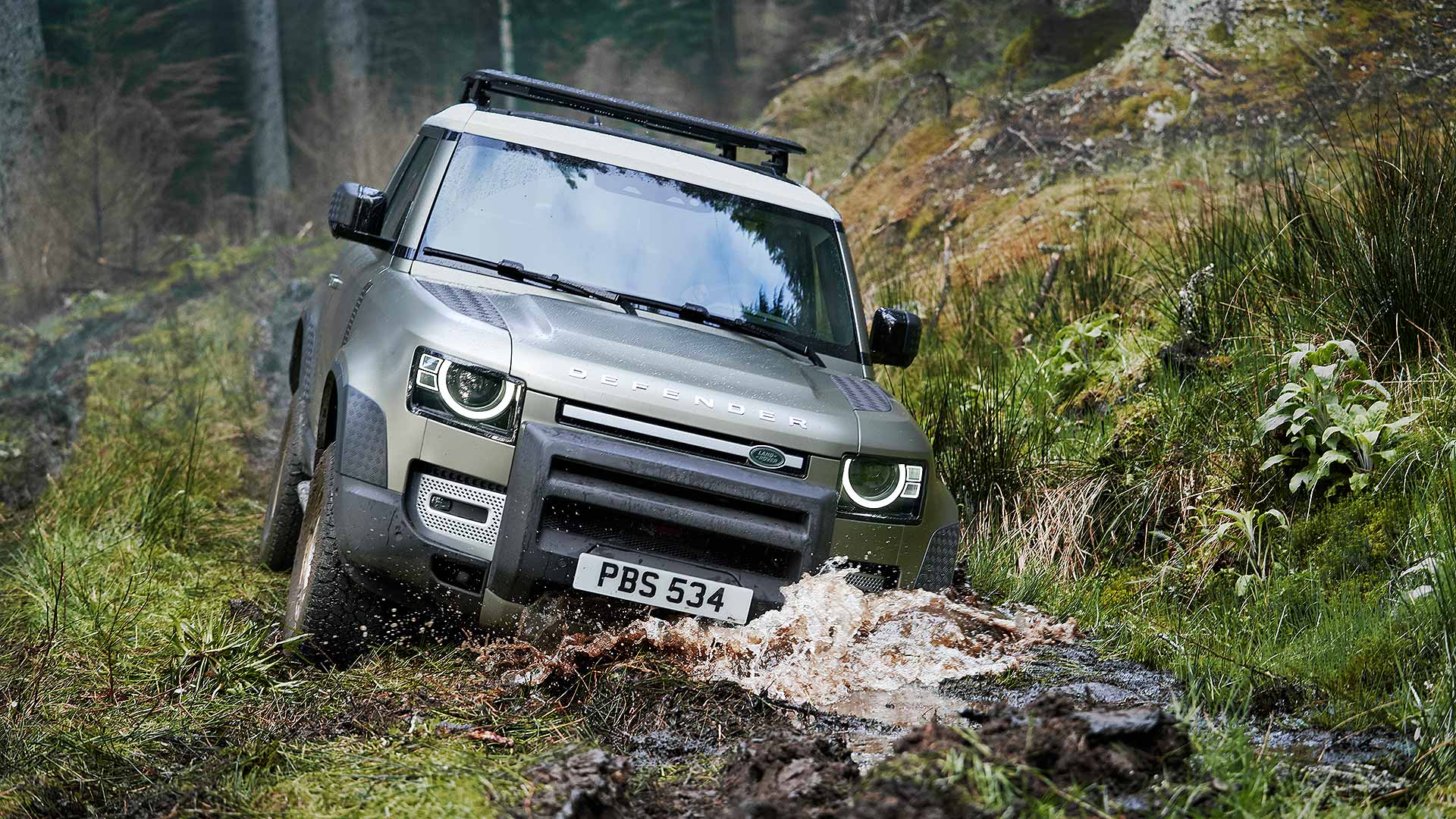 The result is a new Defender that needs to be all things to all people. The wealth of options available from the off shows that Land Rover wants buyers to customise their cars. A £45,000 starting price is just the beginning…

Not even the 2020 Defender can escape the lure of chequer plate trim, which covers the surface of countless original versions. Deep down in the options list is a £312 kit that adds the same effect, albeit in plastic, to your new Defender.

It is a neat reminder that this is a modern reinterpretation of a classic off-roader. While packed with technology, and likely to be deeply impressive in the rough stuff, it is still a traditional 4×4 at heart. 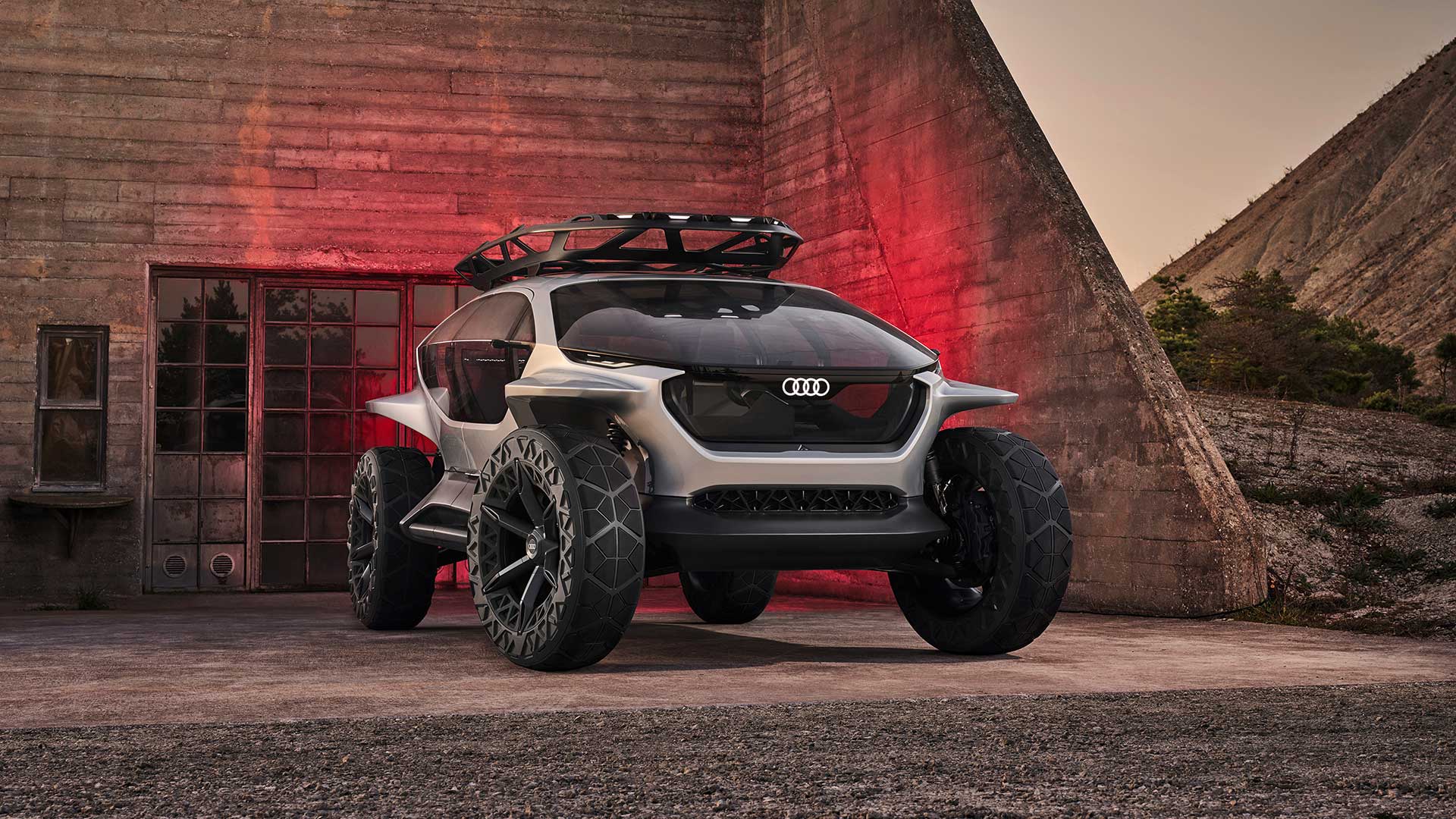 If the new Defender is a modern 4×4 for now, Audi has very different vision of the future.

Although very much a concept, the radical AI:Trail Quattro envisages automated driving technology being used in a world without paved roads.

Forest trails and dirt tracks do without the neat painted lines and consistent surfaces that self-driving vehicles rely upon. As such, Audi admits the driver will need to intervene when the going gets tough.

However, the AI:Trail’s automated systems let the driver know when they are near the limits of the vehicle, and help avoid collisions using ultrasound and radar. 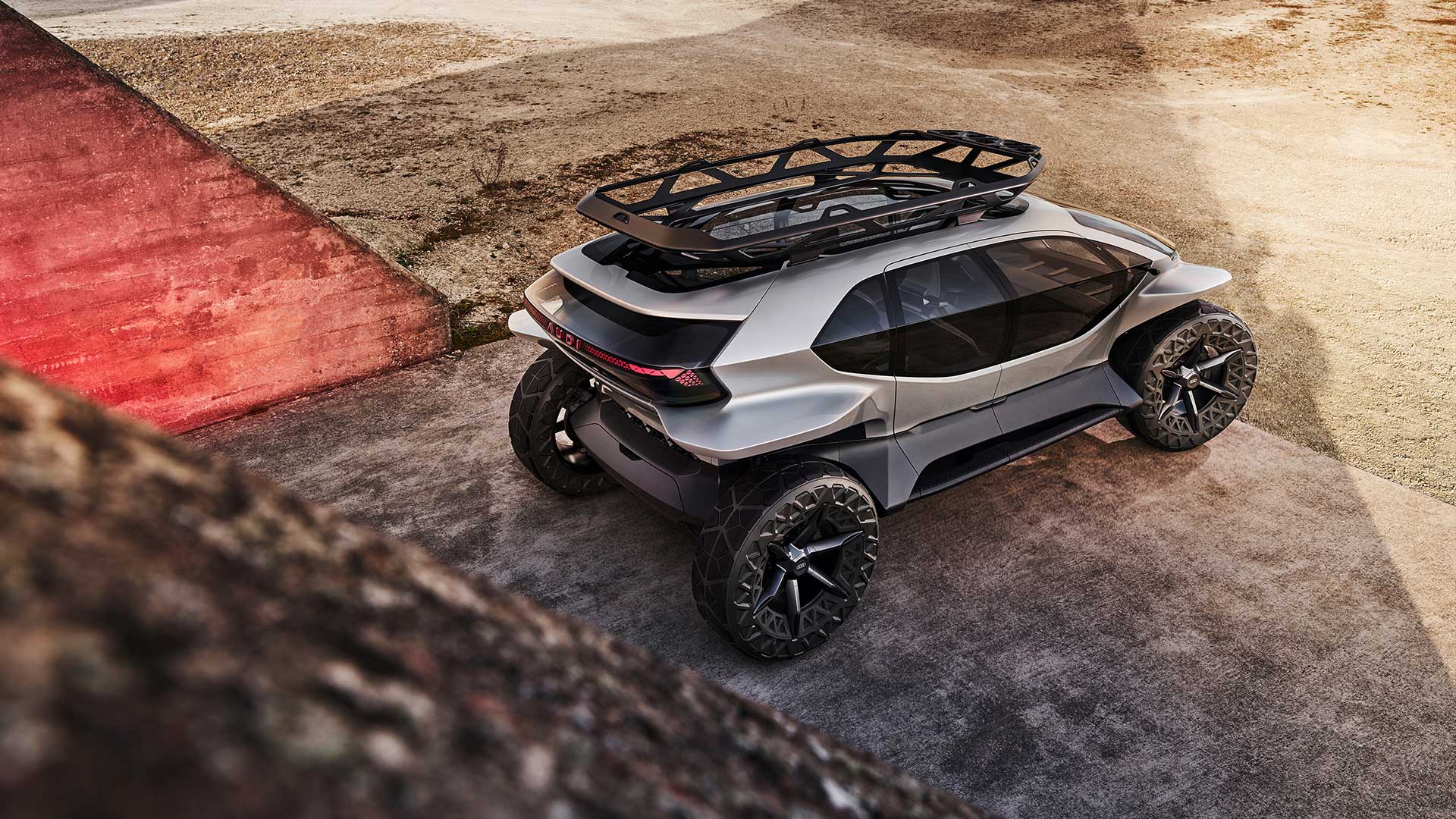 Each wheel in the AI:Trail is driven by an individual electric motor. This allows up to 737lb ft of torque to be sent to the tyre with most grip, but without the need for transfer cases and differentials.

The lithium-ion battery pack offers up to 310 miles of range on tarmac, but this halves to around 155 miles in the dirt. Range anxiety could quickly become ‘range fear‘ in the middle of nowhere.

A substantial glass cabin, inspired by the cockpit of a helicopter, is likely to require serious climate control to keep the occupants from cooking, too. 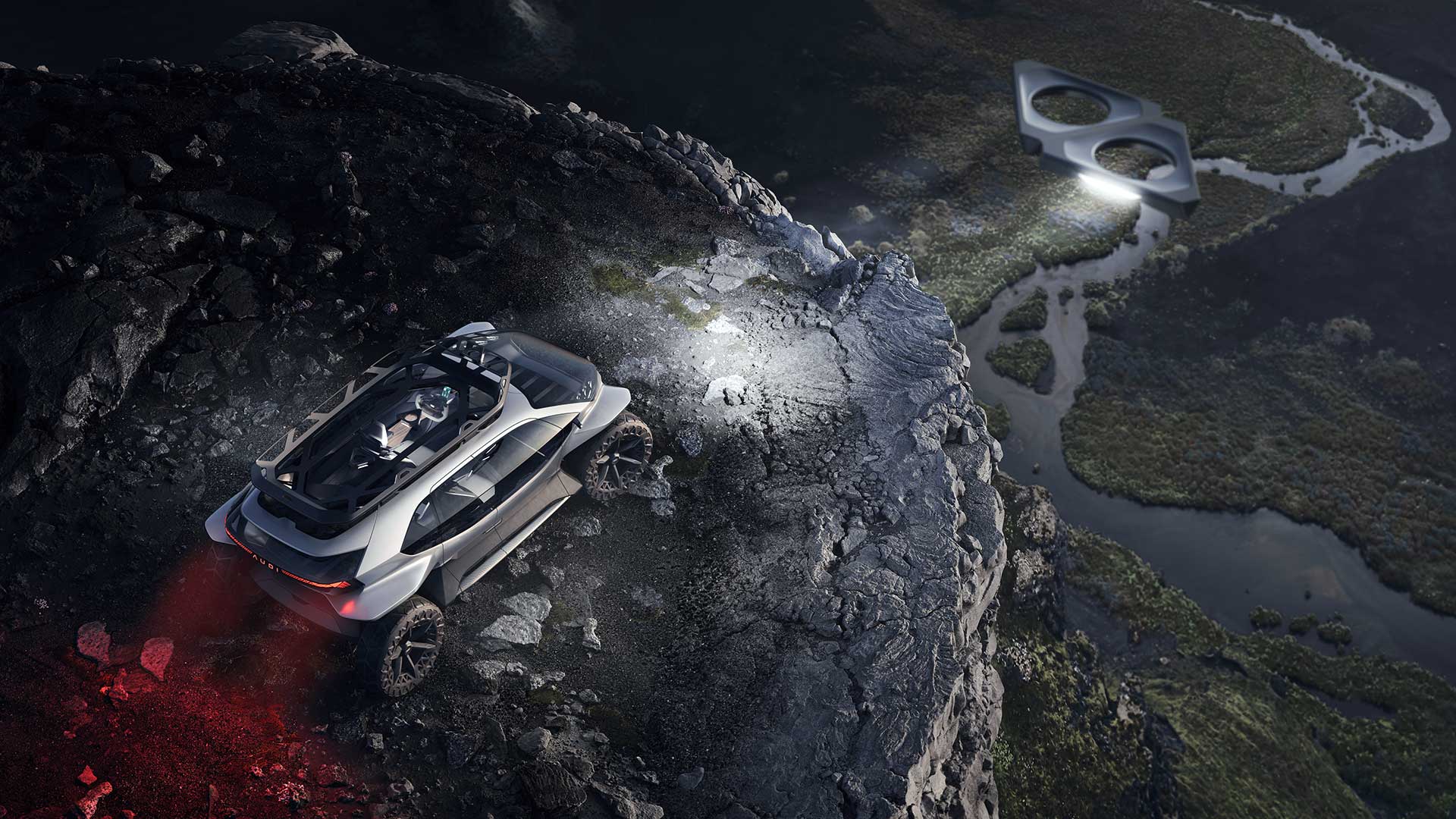 Audi has even dispensed with traditional headlights for the AI:Trail. Instead, an autonomous collection of five drones fly ahead, illuminating the ground with LED searchlights.

These dock with the roof rack to recharge automatically, and can even be used to project navigation guidance, or help illuminate a campsite.

Clearly, unlike the new Defender, the AI:Trail is not something to be bothering your local dealership about. At least not yet. 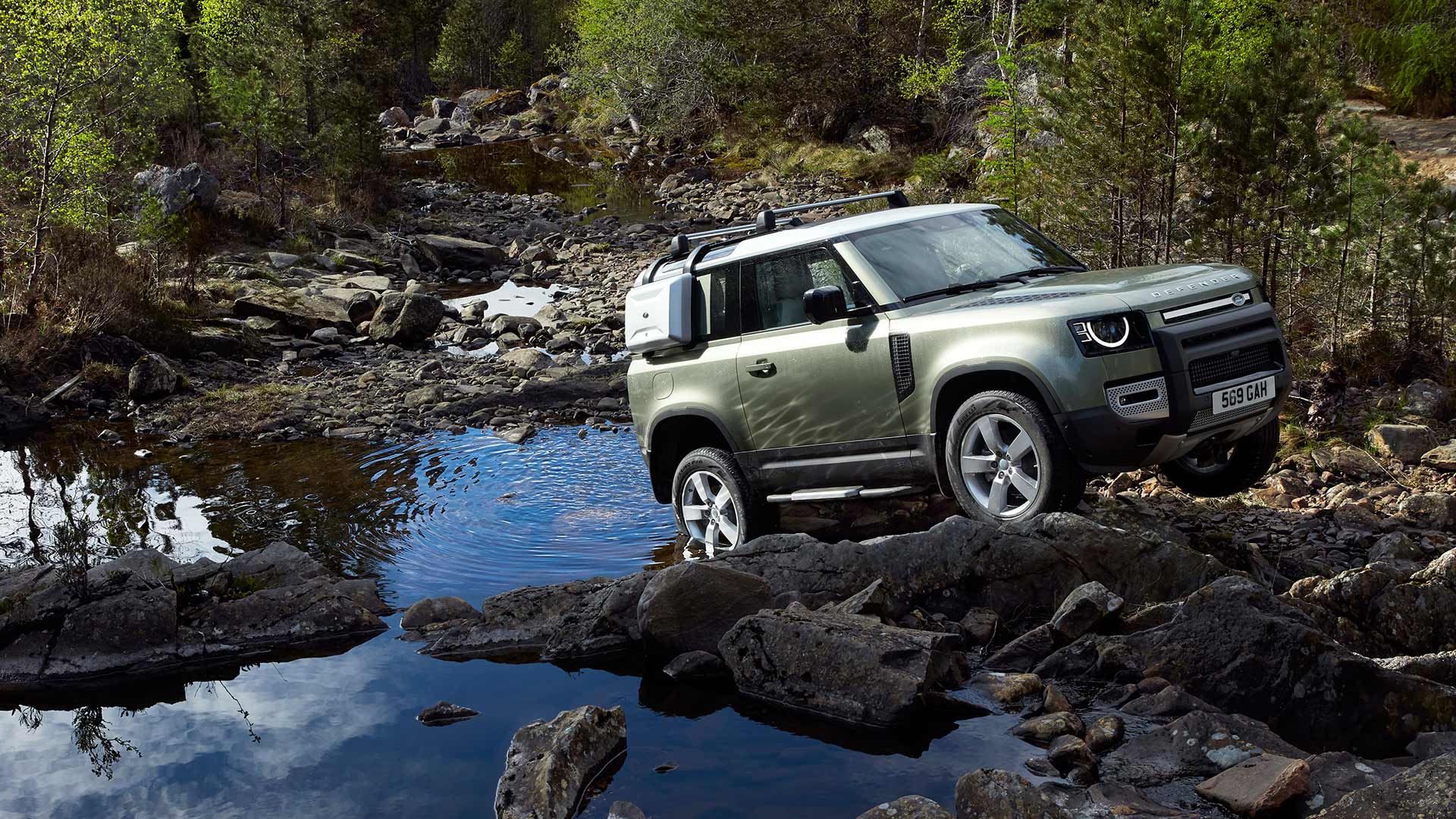 The new Defender looks set to be a major hit for Land Rover, even with its hefty price tag. It should be capable enough to keep the traditional fans happy, yet still appeal to urban warriors.

However, there is the question of whether Land Rover could, and should, be looking further into the future. Vehicles like the AI:Trail, while fanciful in some ways, show that Audi is considering how off-roading could work in a world of electrification and autonomous tech.