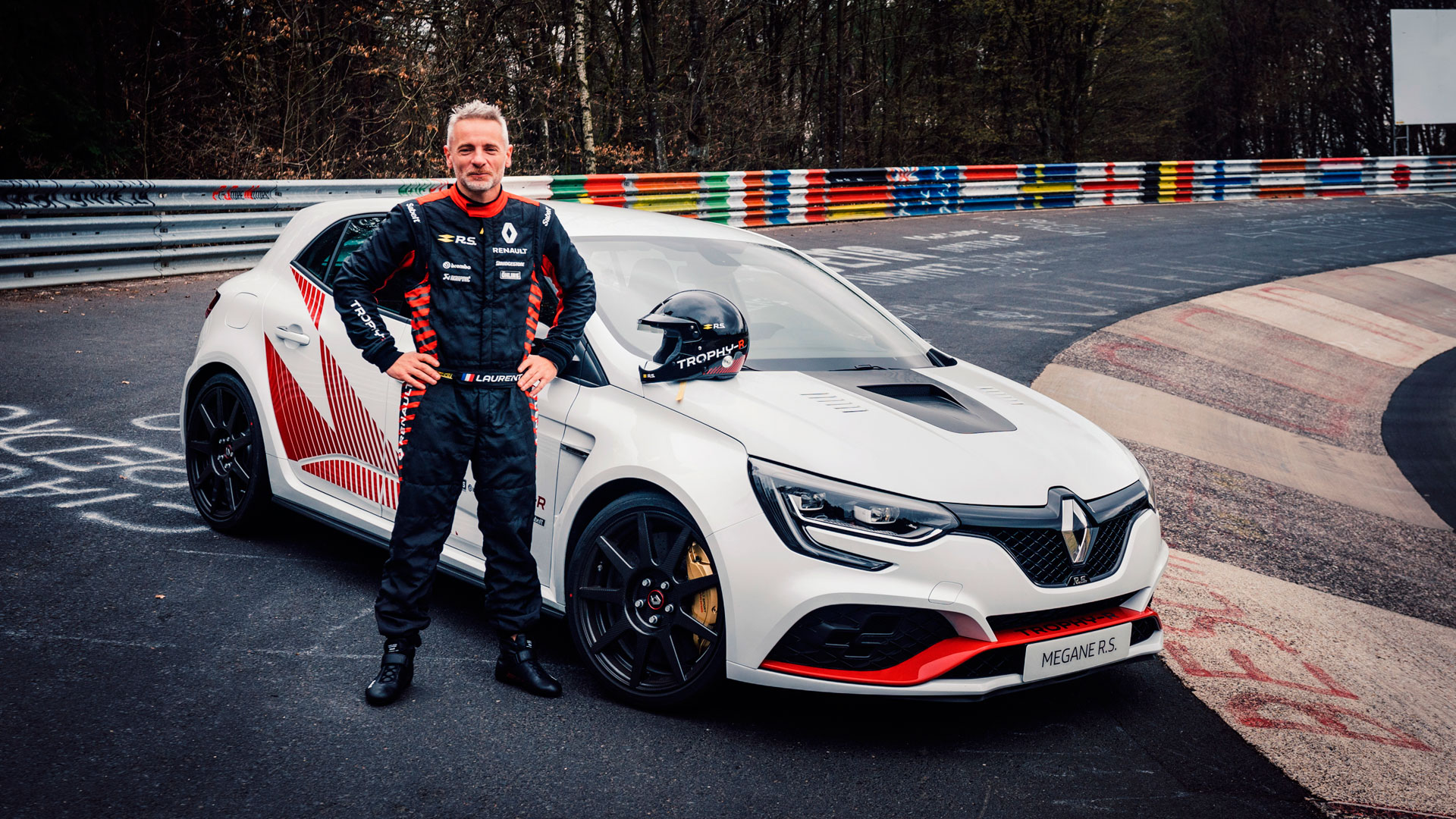 The new Renault Sport Megane R.S. Trophy-R has been revealed, and straight out of the blocks, it’s a Nurburgring lap record holder.

Once again, Renault has toppled the Honda Civic Type R for honours as the fastest front-wheel-drive hot hatch around the Nordschleife.

The time: a swift 7 minutes 40.1 seconds. It follows in the footsteps of past hardcore Meganes – the R26.R and Trophy R – cars that took the Nurburgring record in their day.

What makes the new Megane Trophy-R a Nurburgring champ? 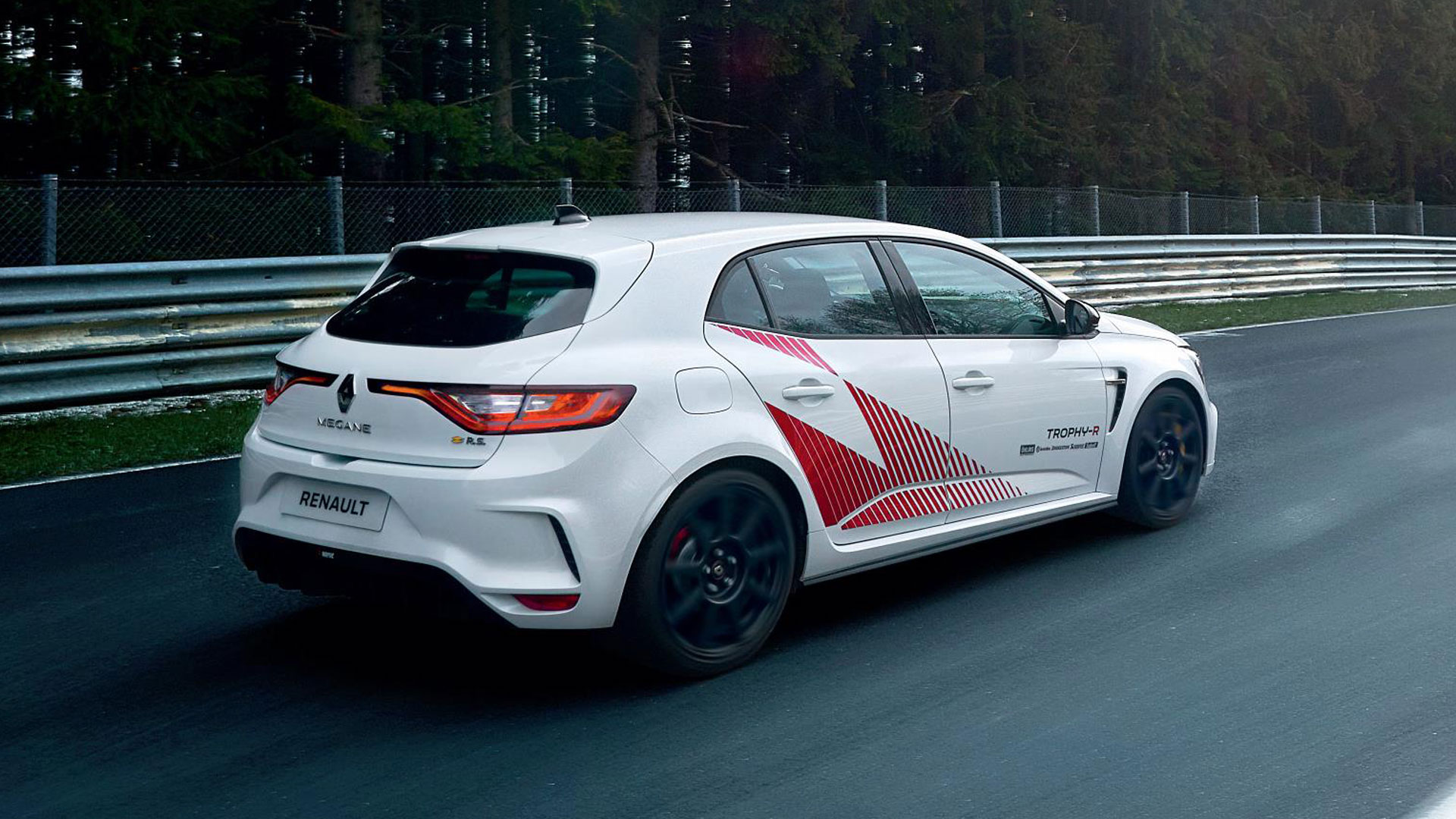 The car was driven by Laurent Hurgon, the race ace who also took two previous hardcore Meganes to their respective Nurburgring lap records, with the new Meg undergoing a few changes to transform it into a ‘Ring champ.

Three areas were addressed by the team at Renault Sport: maximum weight reduction, reworked aerodynamics and ‘a radical development of its drive axels’, including how the car is suspended and how power is distributed at the front.

Chief among changes to the new 2019 Megane R.S. Trophy-R is a significant weight reduction. All in, you can have up to 130kg lopped off the kerb weight of your Megane.

The specifics of that weight reduction aren’t yet known, but you can bet the Sabelt bucket seats, new wheels and the special Akrapovic exhaust will have played a part. 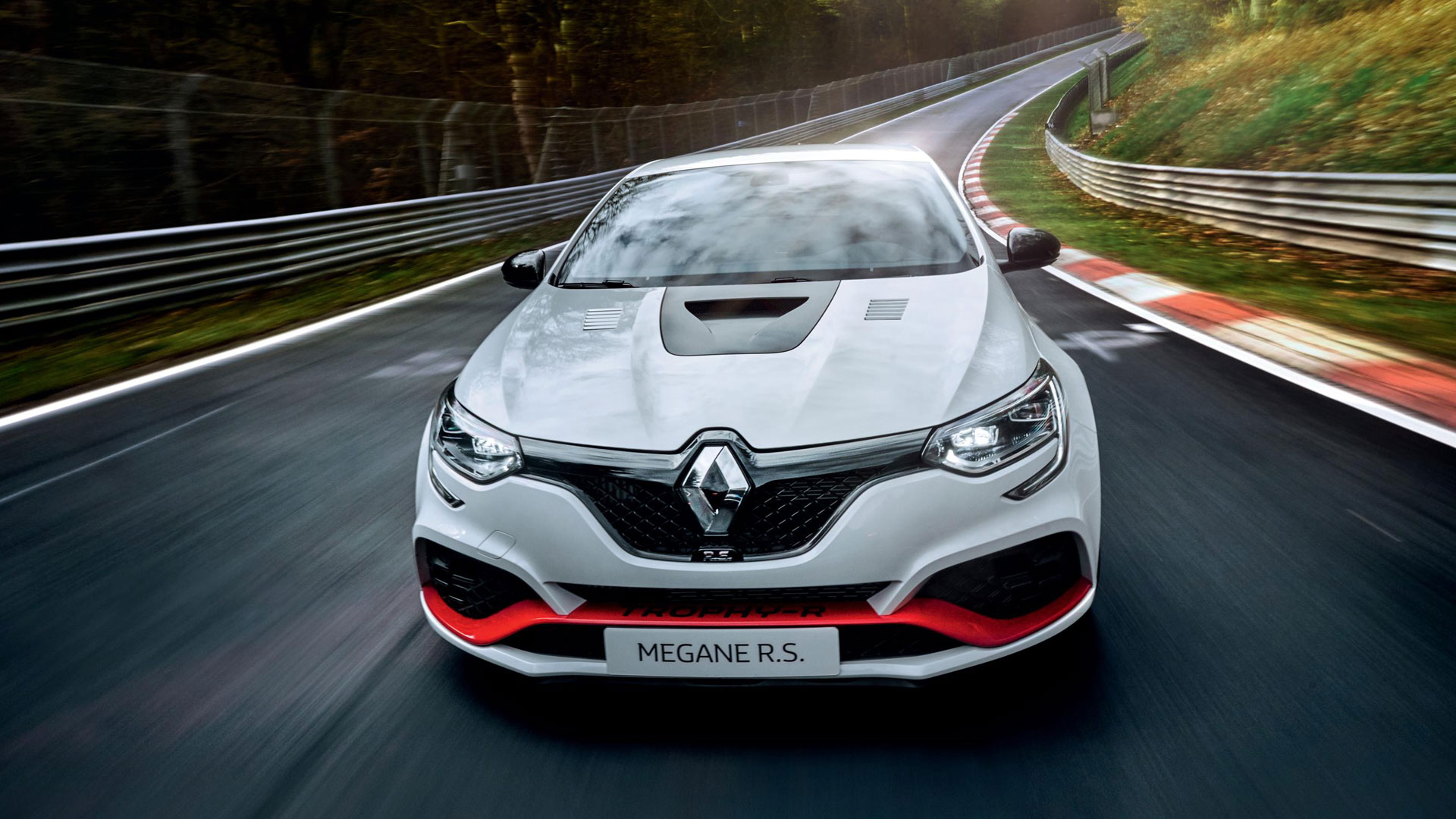 Renault has also partnered with Bridgestone for the tyres on the Trophy-R. Previous ‘ultimate version’ Meganes have used Toyo R888 (2008’s R26.R) and Pirelli P-Zero Trofeo R (2014’s Trophy R) rubber respectively. Both were integral to their record-breaking ‘Ring laps.

In common with the last Trophy-R, Renault has partnered with Ohlins for the car’s trick damping, while Brembo has provided the car’s upgraded braking system.

An aggressive exterior makeover, complete with improved aerodynamics – most noticeably, a large duct on the bonnet – completes the transformation. The engine is carried over from the non-R Trophy, with 300hp on tap.

When can I have a new hardcore Megane? 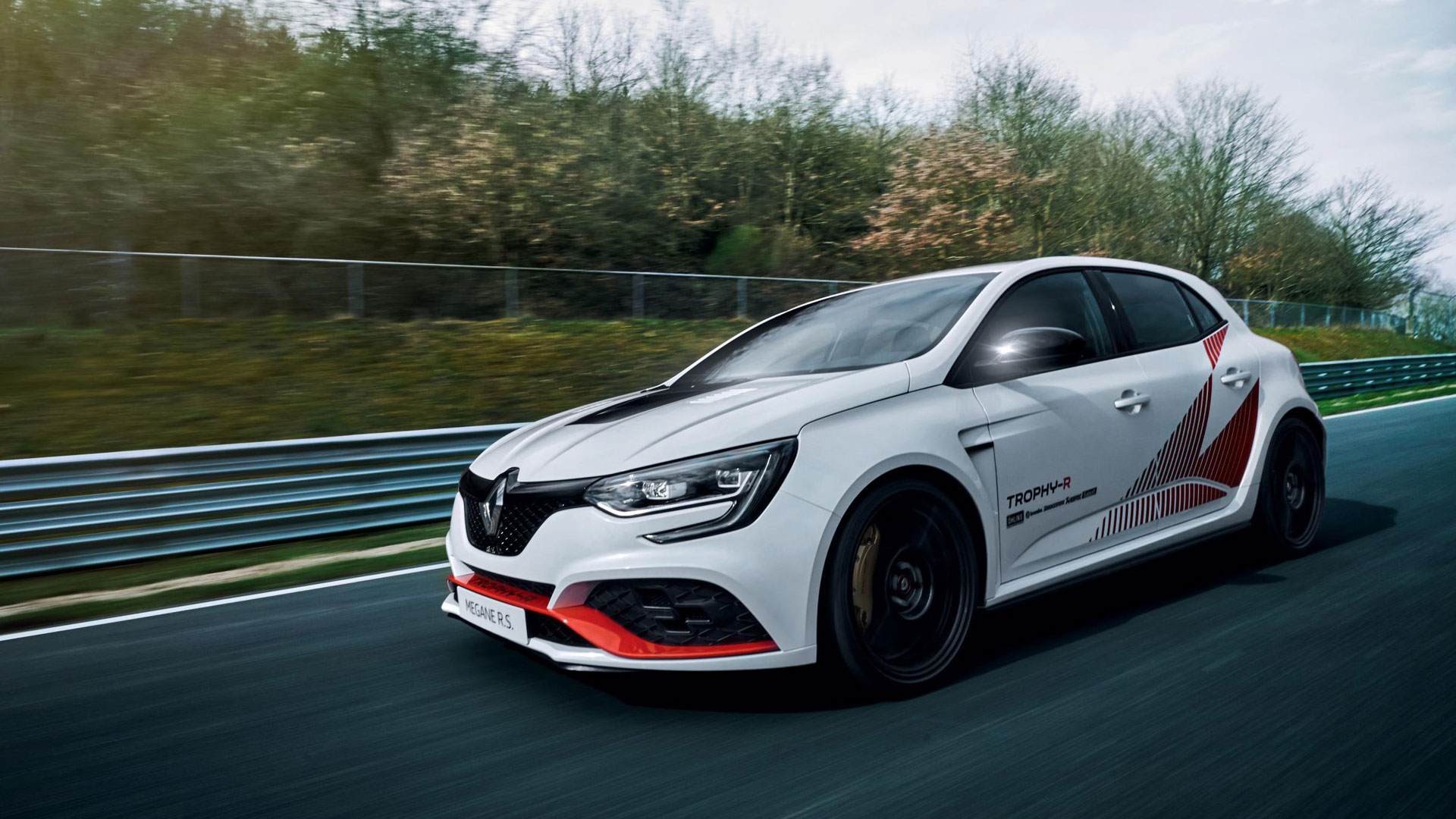 As for how many customers will be able to get their hands on one: Renault describes the car as ‘an exclusive limited edition of a few hundred units only’. Get in quick, if you want one.