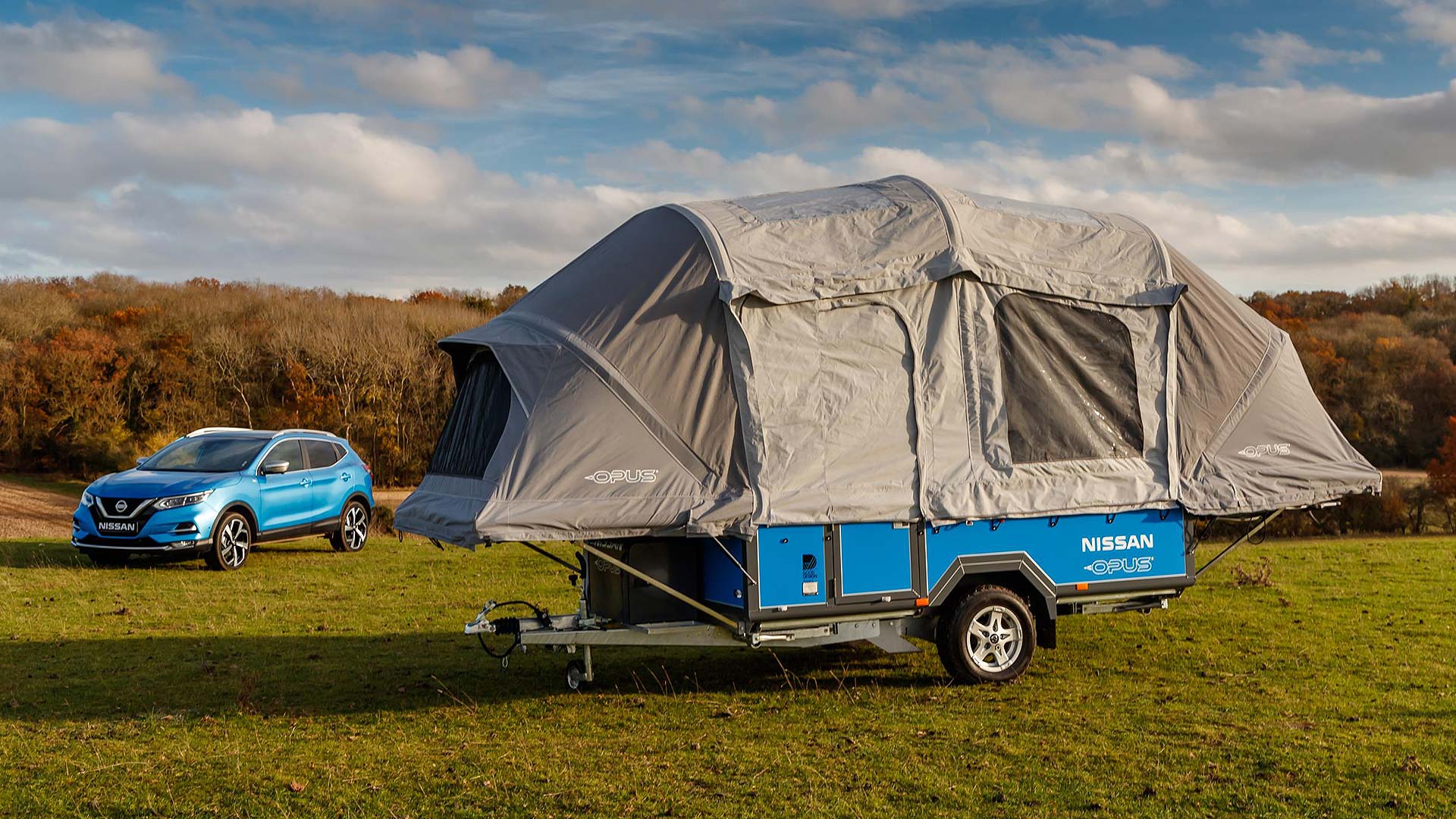 Campers and caravanners, want to escape from it all, but don’t want to give up on luxuries such as light, heat, cookers and gadgets? Then this new concept camper from Nissan is for you – as it uses recycled Leaf EV batteries to offer up to a week’s worth of off-grid electricity.

Called the Nissan X Opus concept camper, it debuts this week at the Caravan, Camping and Motorhome Show at Birmingham’s NEC. Developed in collaboration with folding camper company Opus, the new concept aims to show another smart application for electric car batteries once they’re no longer juicy enough for on-road use. 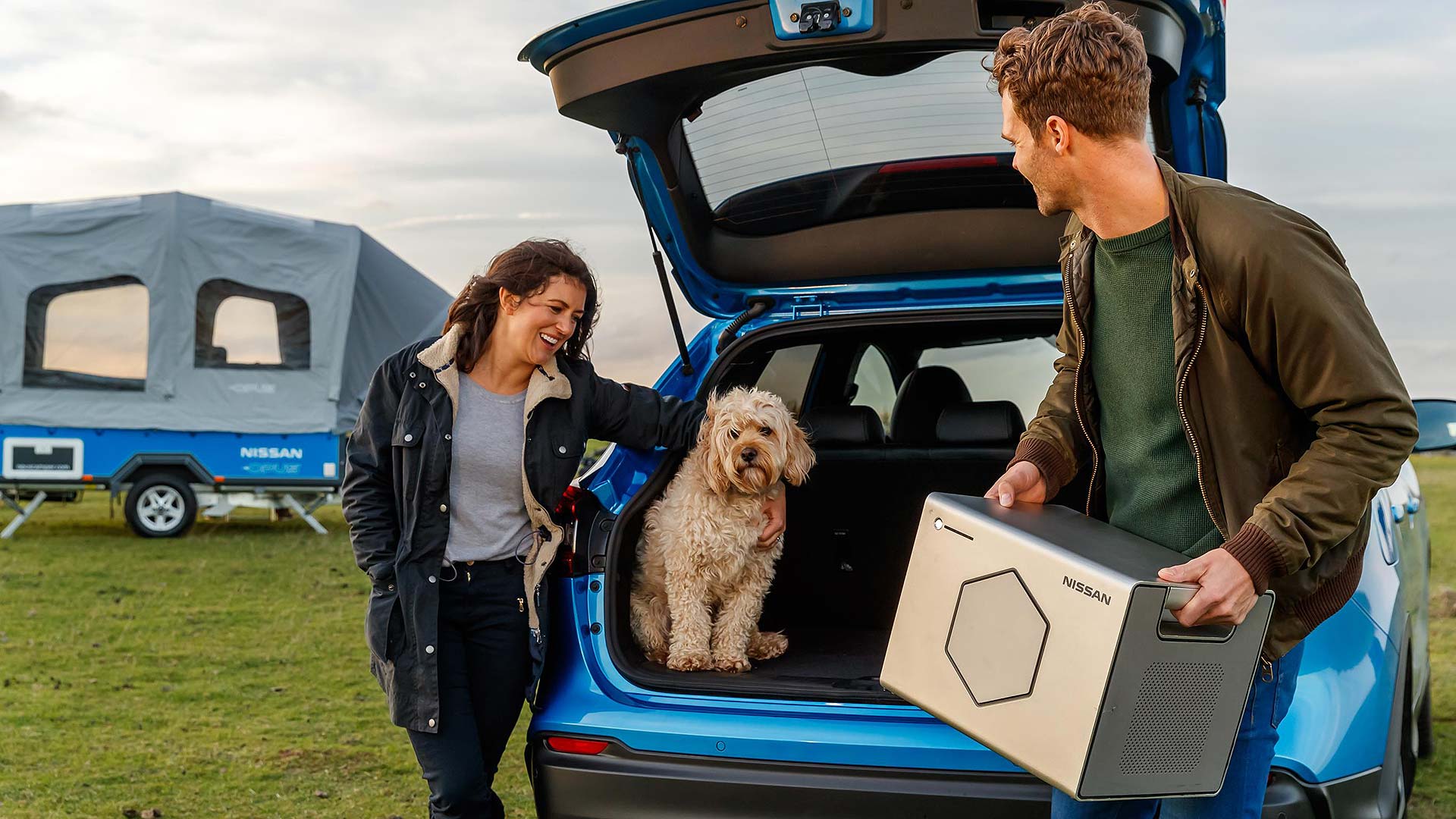 The concept comprises an Air Opus foldable camper, into which is built a Nissan Energy Roam portable and weatherproof power pack. This uses lithium-ion cells from first-generation Nissan electric vehicles. It can store 700Wh and has a power output of 1kW.

Nissan says that’s enough power to support off-grid living for seven days; it includes both 230v and 12v outputs. It’s located in a compartment at the front of the Air Opus camper, and is removable – so it can be recharged from a standard household socket; this takes just an hour, says Nissan.

There’s a 400W solar panel too, which can fully recharge it in two to four hours. 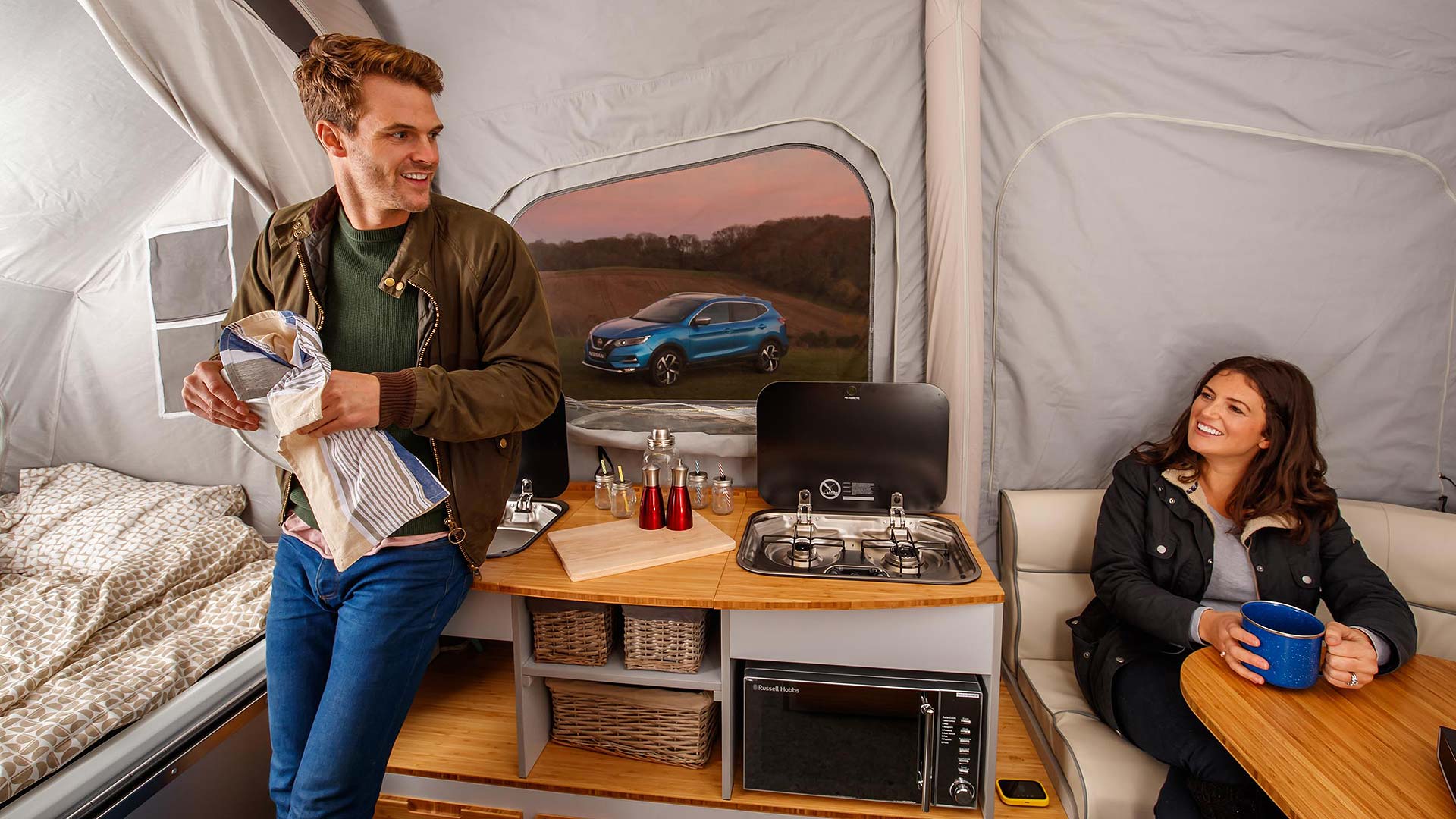 The Nissan X Opus concept is packed with tech gadgetry. It includes a microwave, fridge, LED lighting, three-pin plug socket, USB sockets for charging smartphones, 4G mobile Wi-Fi hotspot and even a digital projector with pull-up screen for streaming movies. There’s a two-burner gas hob and a little washbasin, too.

“At the moment,” said Opus MD Jonathan Harrison, “to go off-grid for any lengthy period, you either turn to a fossil fuel generator – which isn’t good for air quality or a peaceful camping ambience – or you compromise on the power you can use with existing battery solutions. 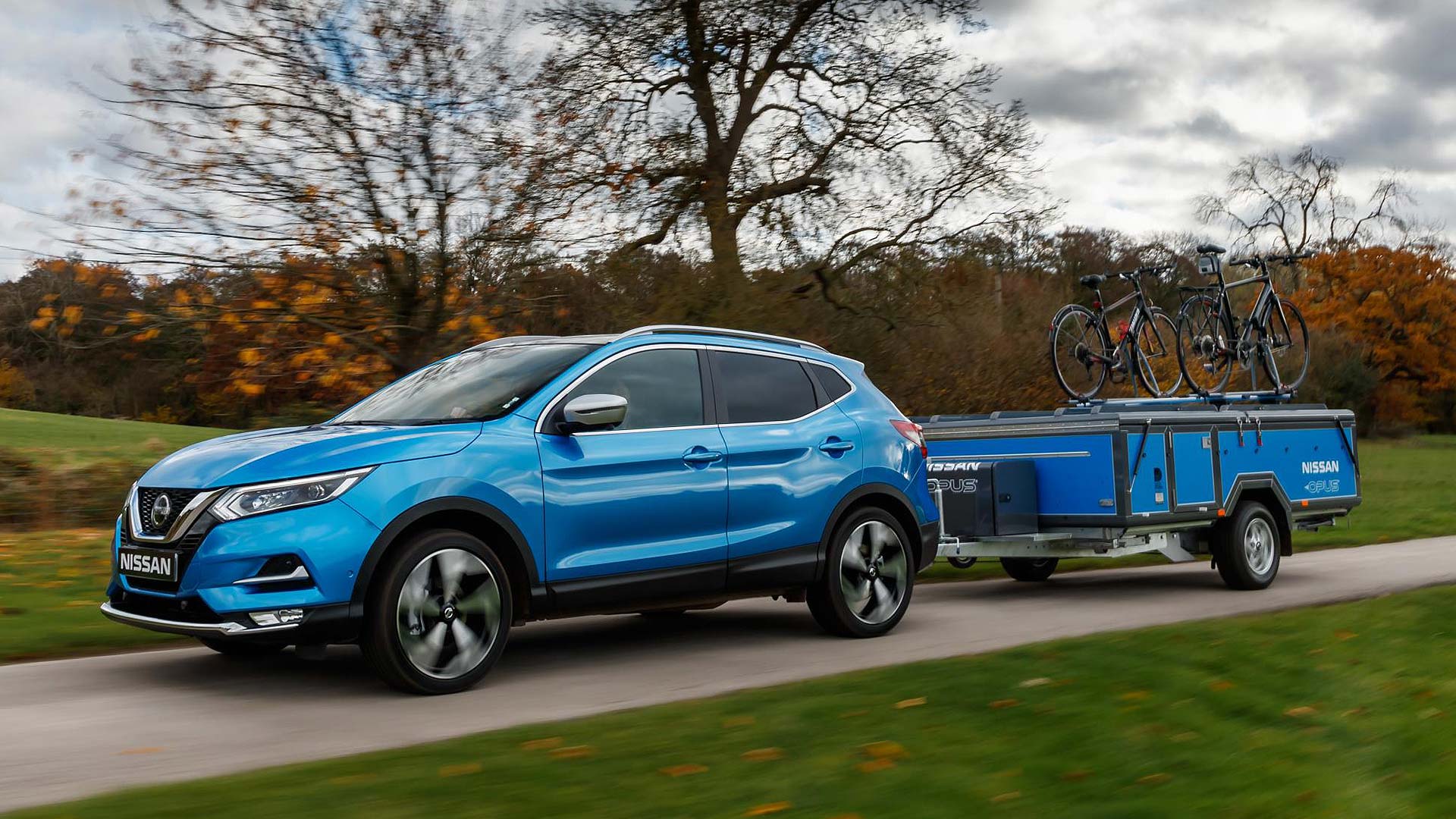 As for the clever folding camper, Air pole technology turns it from fold-flat into fully-formed in 90 seconds. This reveals a seating and dining area, and sleeping accommodation for up to six people.

The Air Opus camper range starts from £15,995, and are built in the UK. Nissan hasn’t yet revealed a price of the Roam portable power pack but has confirmed it will launch in European markets later in 2019.