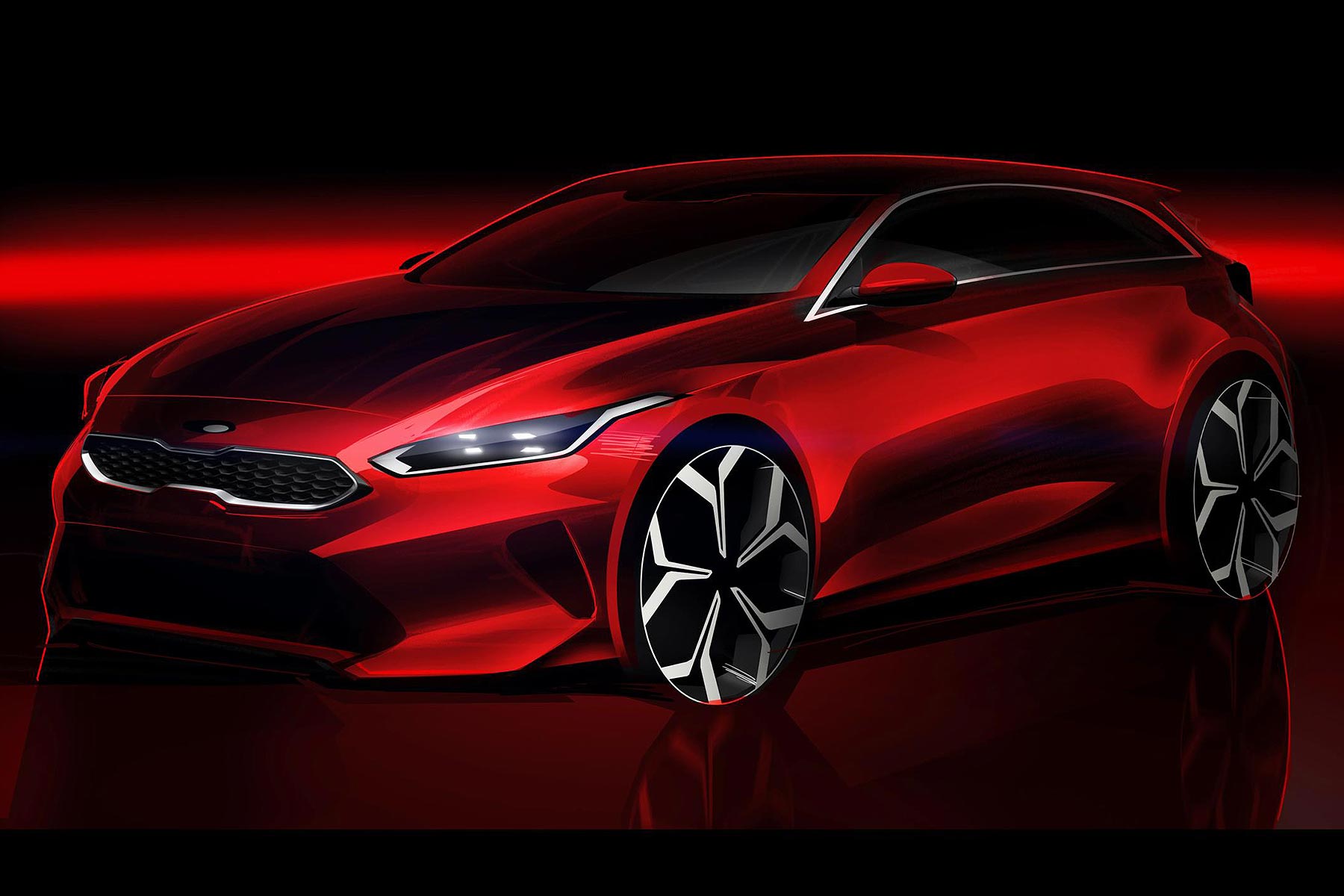 Kia has confirmed the new 2018 Ceed will make its world debut at the Geneva Motor Show in March. The European-designed car will be shown in five-door hatchback guise, plus “a second member of the Ceed family”.

It’s not yet clear what this second variant will be: Kia is dropping the slow-selling Pro_Cee’d three-door. Early rumours indicate the Geneva surprise could be a Kia Stinger-inspired fastback or shooting-brake style model: sister company Hyundai has recently rolled out a fastback version of its i30 hatchback.

The i30 offers 120hp 1.0-litre turbo and 140hp 1.4-litre turbo petrol engines, both of which will also be available in the new Ceed. The 1.6-litre turbodiesel will also be upgraded, and there’ll be a choice of manual or DCT automatic gearboxes.

It’s also going to be simpler to write: at last, Kia has dropped the apostrophe from the name – so Cee’d becomes Ceed. Few got it right anyway, and the firm has at last banished two generations of irritation with this third-generation model.

Kia has reminded us what Ceed actually stands for, too: Community of Europe, with European Design. We hope it’s thus just a coincidence that European left-hand drive sales have been confirmed to begin in Q2 2018, but the UK on-sale date is currently simply to “be announced in due course”…