Jaguar has turned the F-Type into a rally car 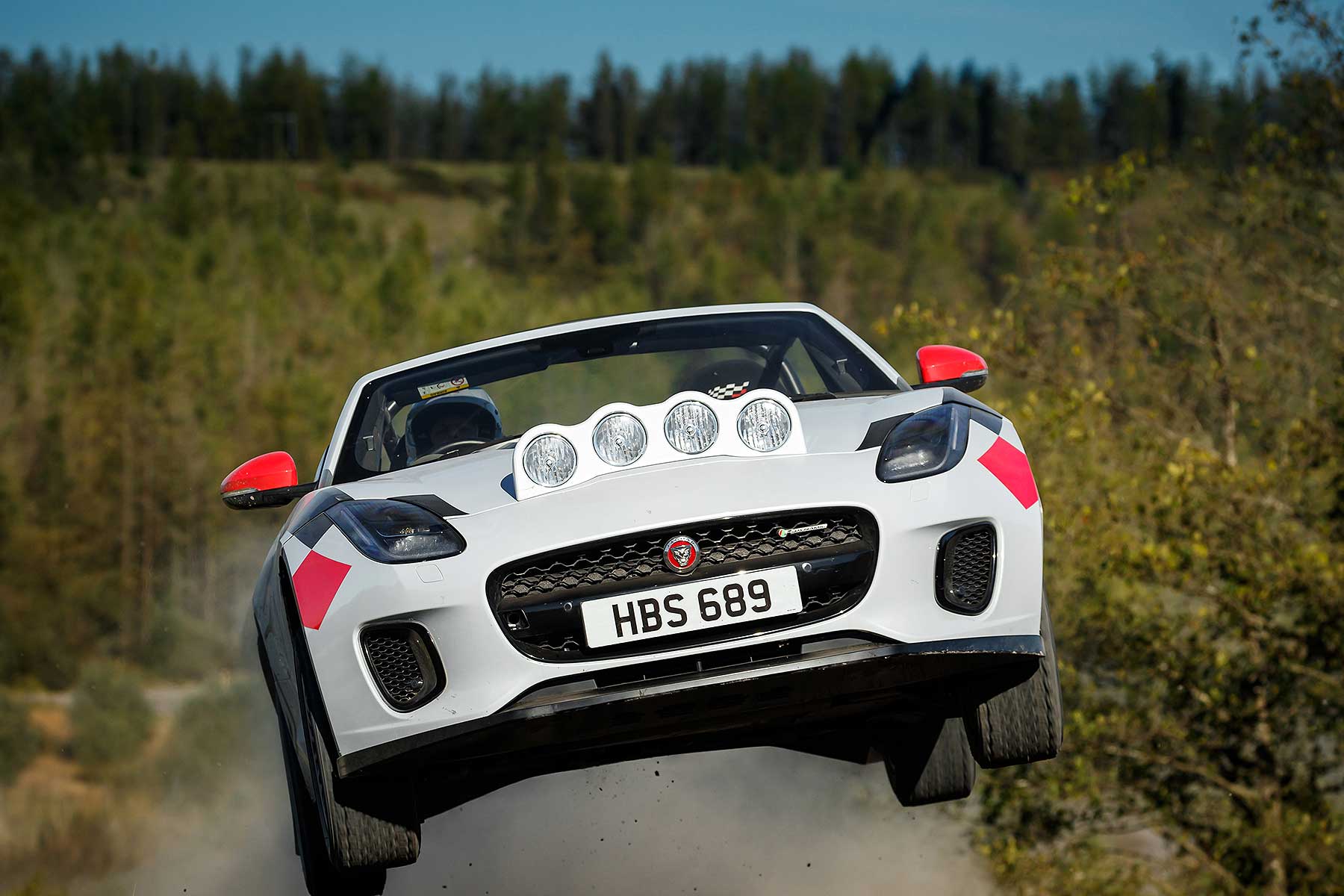 The two cars will, sadly, never actually enter an official rally; they’re built to (motorsport’s governing body) FIA specifications, but have not been homologated, and probably won’t be in the future, either.

No, Jaguar’s built them as showcases, and plans to use them on a number of Jaguar events in coming months – and the worse the weather, the better the demonstration will be. 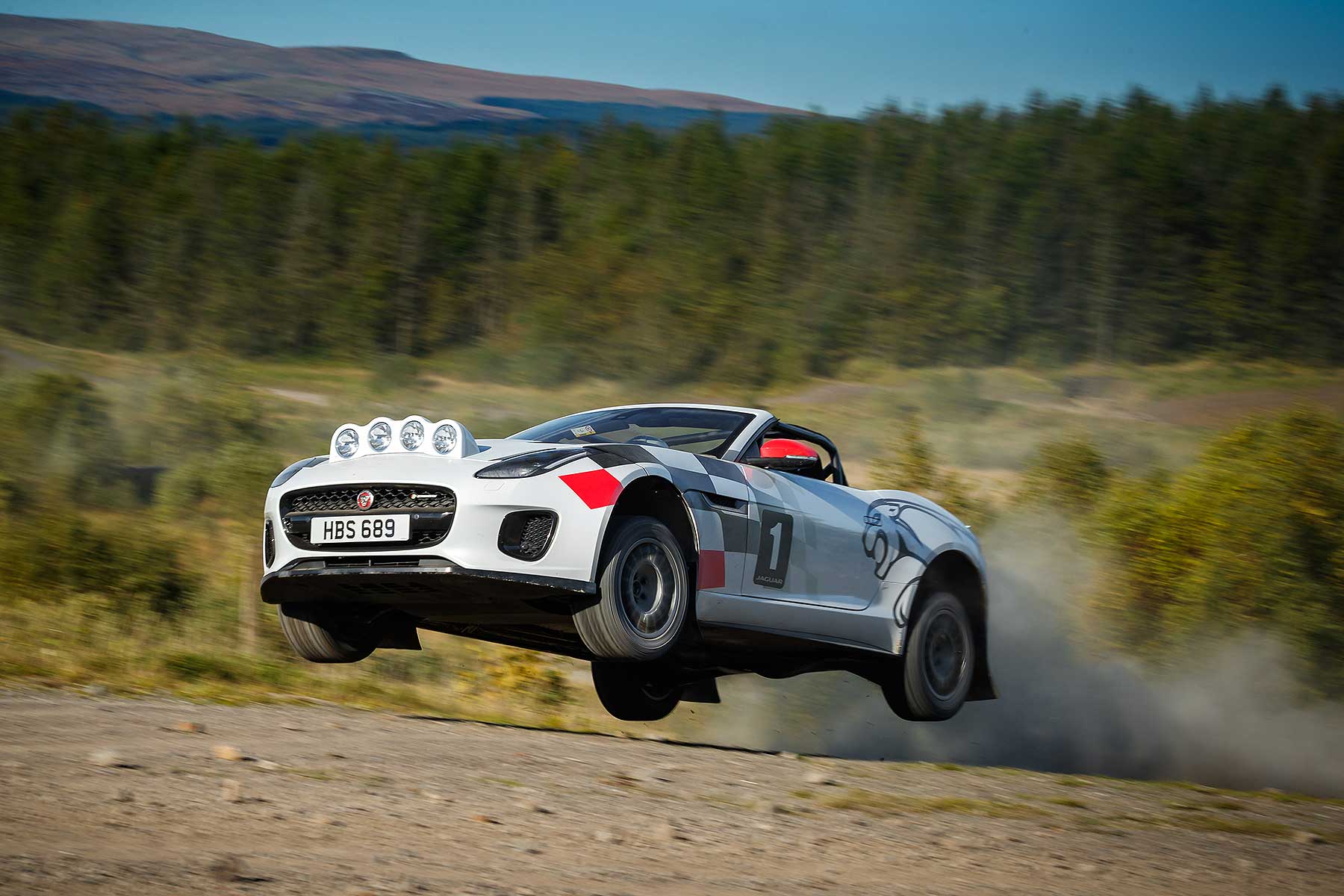 That’s because these proper competition-spec machines. They have motorsport-spec hand-built dampers, paired with softer springs for ultimate special stage prowess. The wheels are rally-spec too, and the tyres are competition-grade.

Jaguar’s uprated the brakes, fitted a limited-slip differential so it can put the power down more cleanly and, coolest of all, installed a hydraulic handbrake complete with massive handbrake lever sprouting up alongside the centre console. 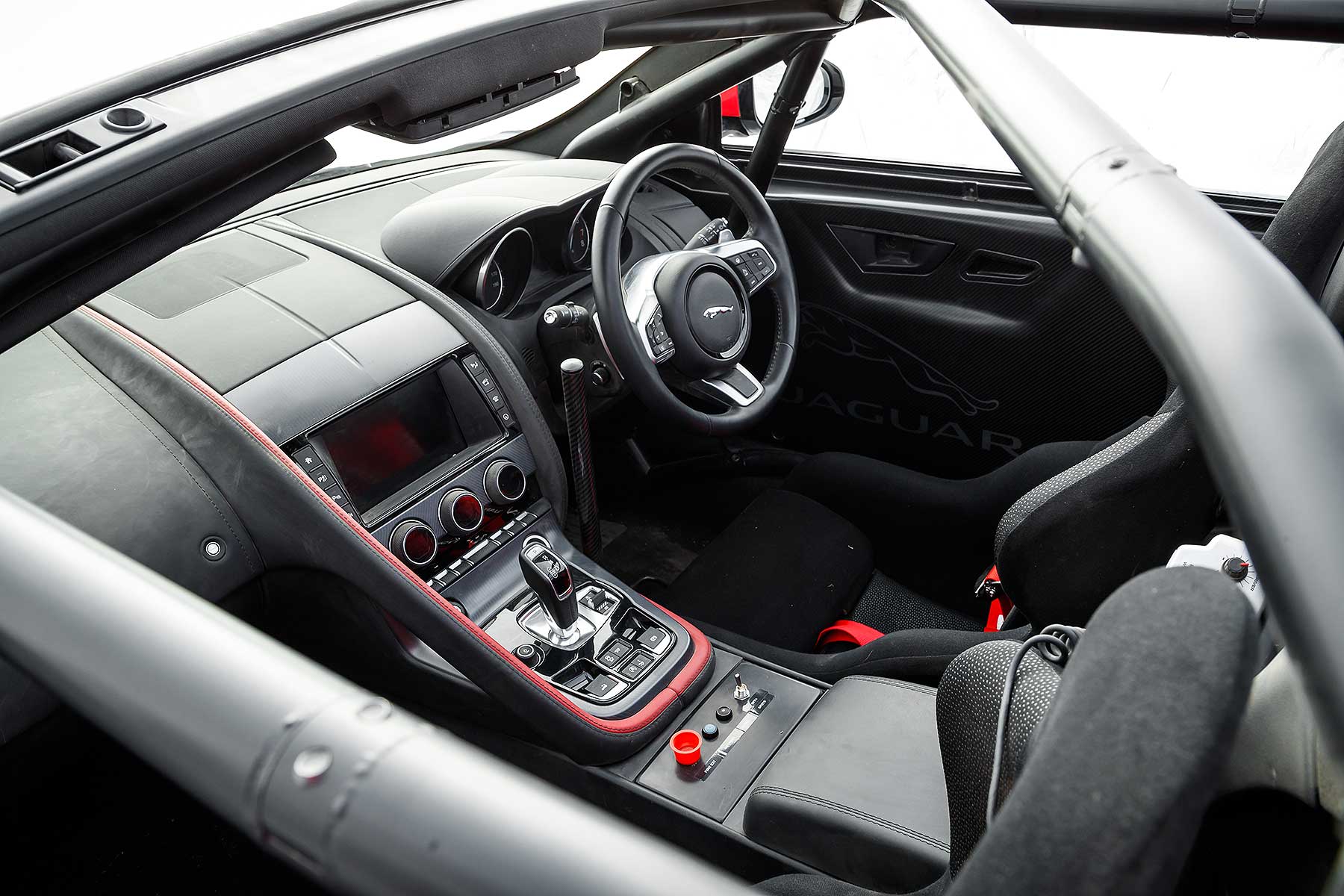 It will be the best F-Type in the world for handbrake turns.

Under the bonnet is a stock 300hp 2.0-litre turbo engine, and the driver is protected by a full roll cage, race seats with six-point harnesses and a fire extinguisher. Brilliant night vision is guaranteed by a massive bonnet-mounted light pod. 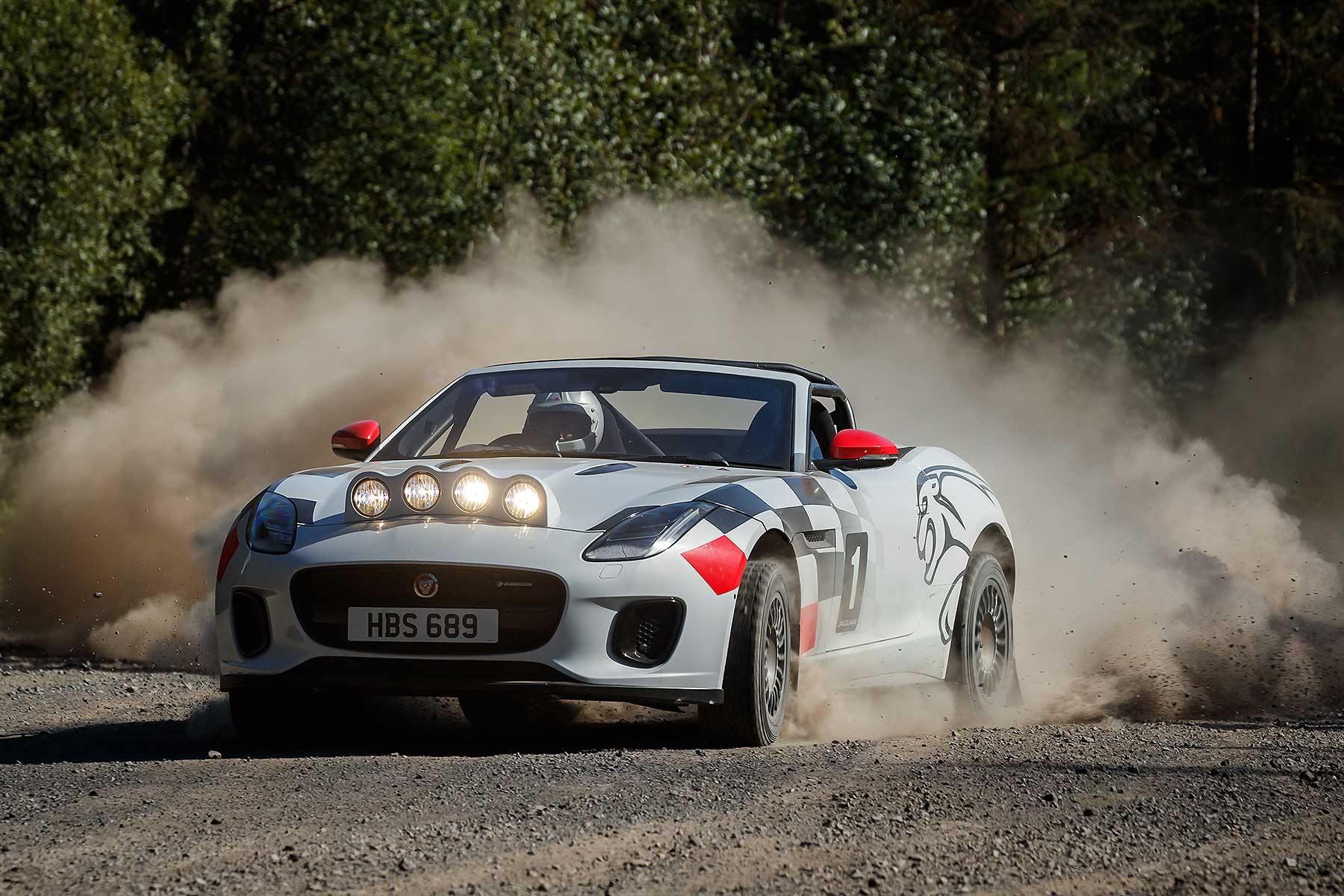 Jaguar design director Ian Callum was involved in the design and admitted “the opportunity to design a rally car doesn’t come along very often so I was fascinated to see how we could take our modern-day sports car to a similar character.

“These models are a fitting tribute to the XK 120 and all the great Jaguar sports cars since its reveal 70 years ago.” 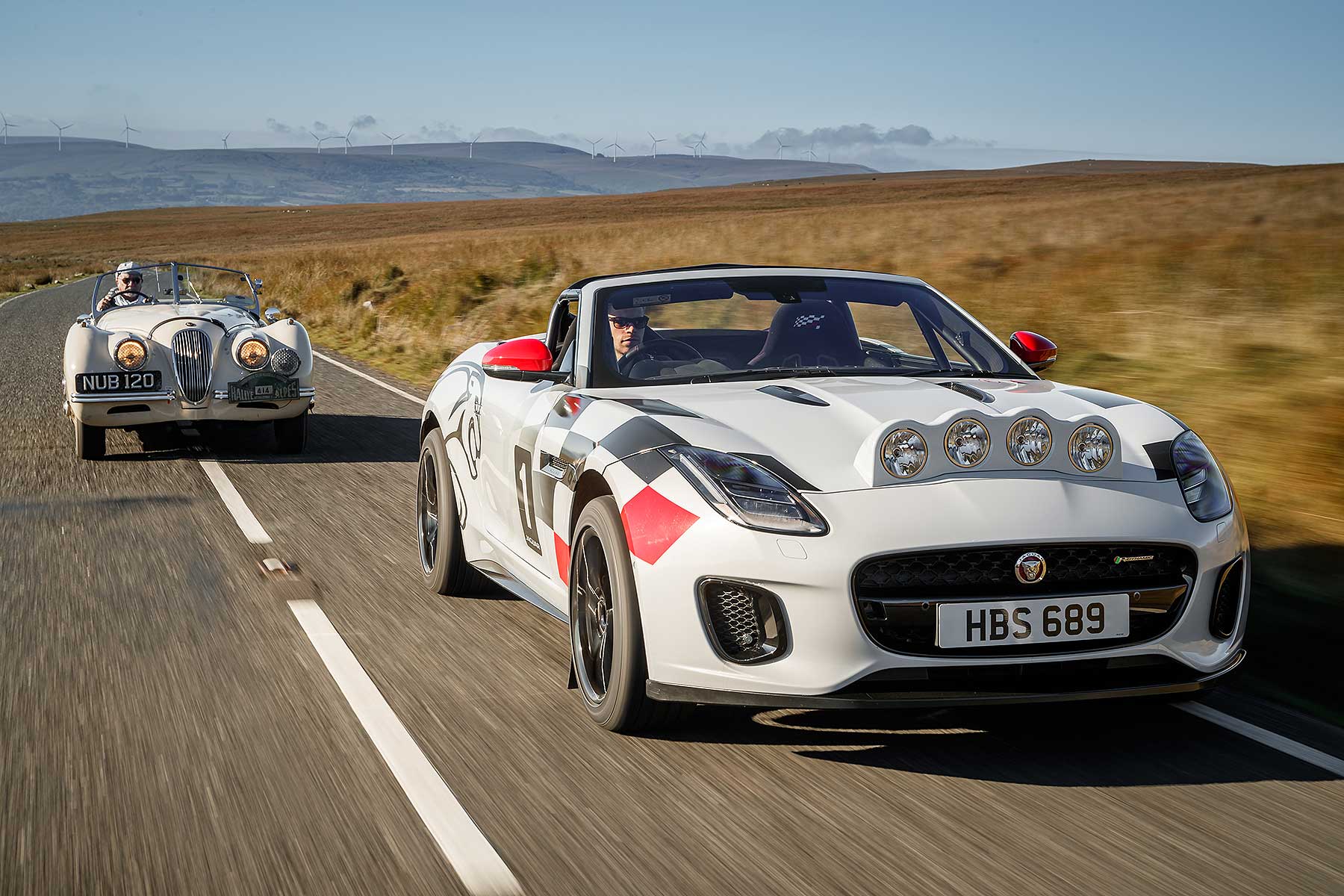 That XK 120 still holds a special place in the hearts of Jaguar enthusiasts like Callum. Wearing the registration number ‘NUB 120’, it was driven by Ian Appleyard and achieved three perfect scores in three consecutive Alpine Rallies, and it also won the RAC Rally back in the day.

It’s a shame we won’t see the F-Type rally cars competing on the world stage, but we also don’t expect Jaguar just to leave it here. Keep your eyes peeled in the coming months for some special runs of this new and unlikely rally car.

Diesel should not be a lost cause says JLR MD

A pair of vintage car famous for their 007 connection will be on show at a London Bentley dealer.
Read more

Toyota is the greenest car company in 2017