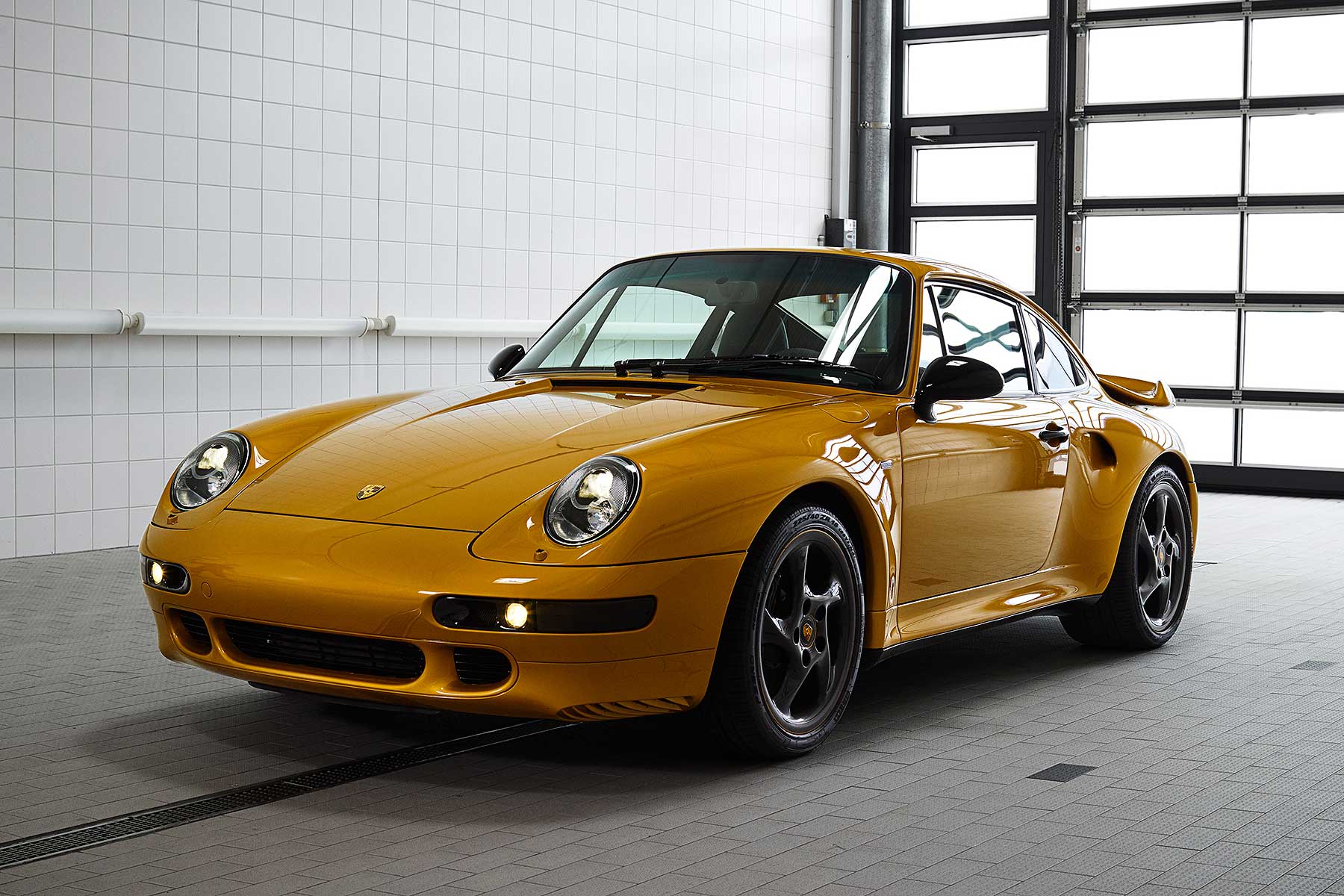 Porsche built its last classic air-cooled 911 back in 1998. Now, 20 years on, it’s made just one more – and it’s going to auction the ‘Project Gold’ 911 Turbo for charity as part of its 70th anniversary celebrations.

18 months in the making, Project Gold is a 993-generation 911 that’s been fully rebuilt using Porsche Classic parts. The retro Porsche division lists 6,500 parts for the 993 series alone, from a catalogue of 52,000 old Porsche parts, so finding new bits off the shelf was not a problem. 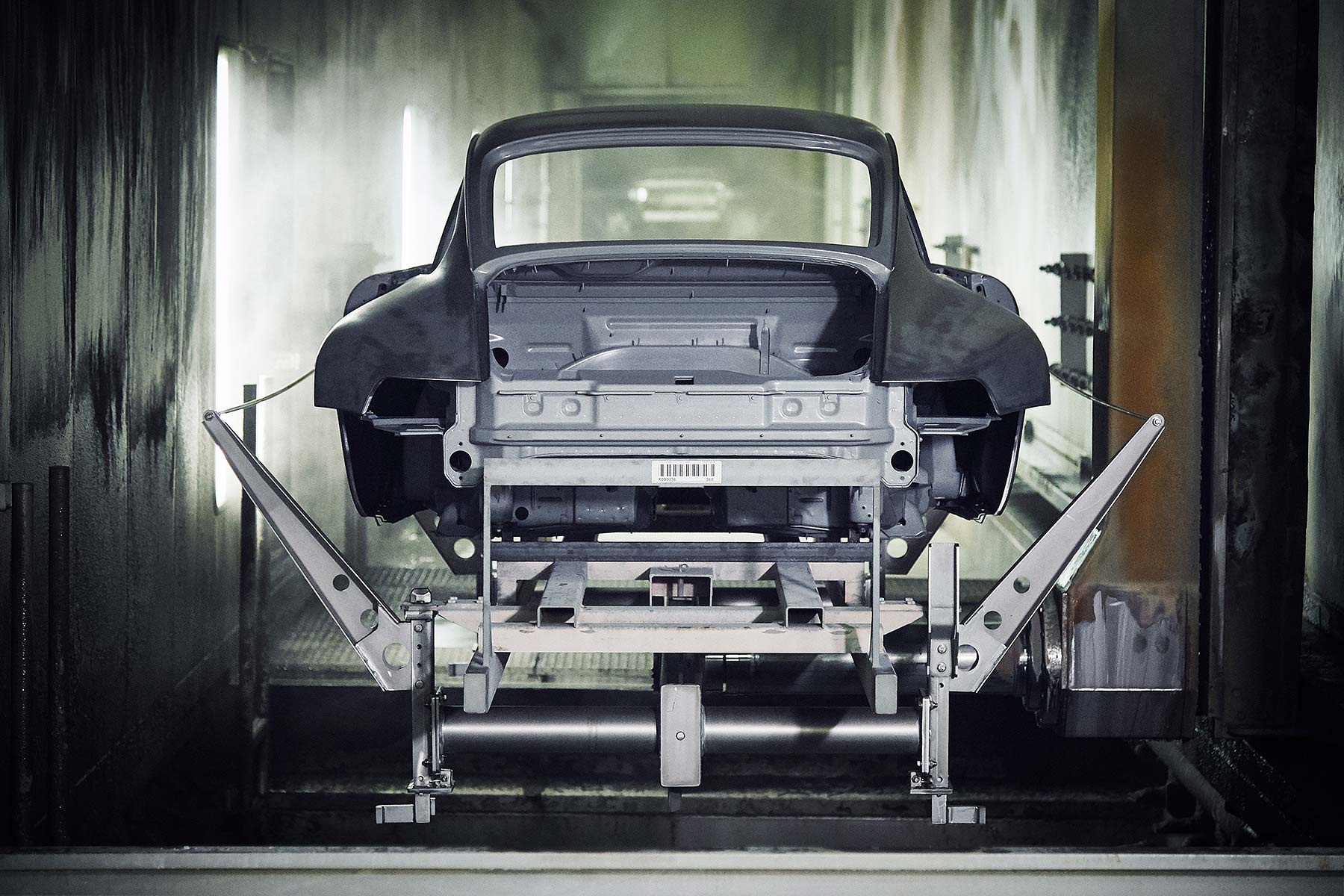 Many jobs have been done to the same standard as brand new Porsches. Project Gold’s bodyshell went through the latest corrosion protection and paint line as modern 911s, for example. The bespoke Porsche Exclusive Manufaktur division then detailed both the exterior and interior. 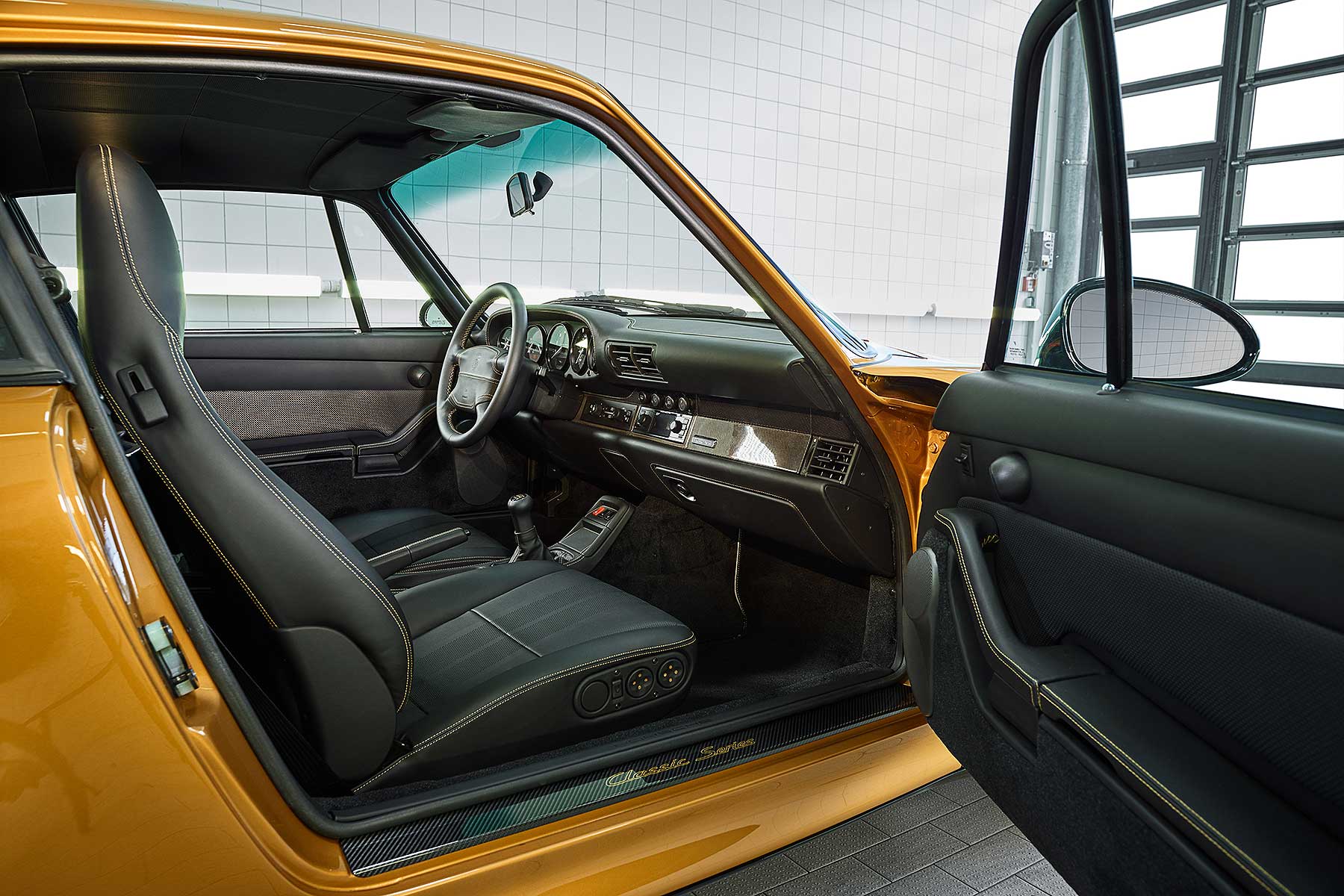 But Porsche Classic did all the assembly work at its Stuttgart workshop, including the installation of a brand new air-cooled 3.6-litre twin-turbo engine, producing 450hp. It sounds a lot: it’s actually the same figure the Turbo S developed back in 1998, underlining what an extraordinary car it was back then. 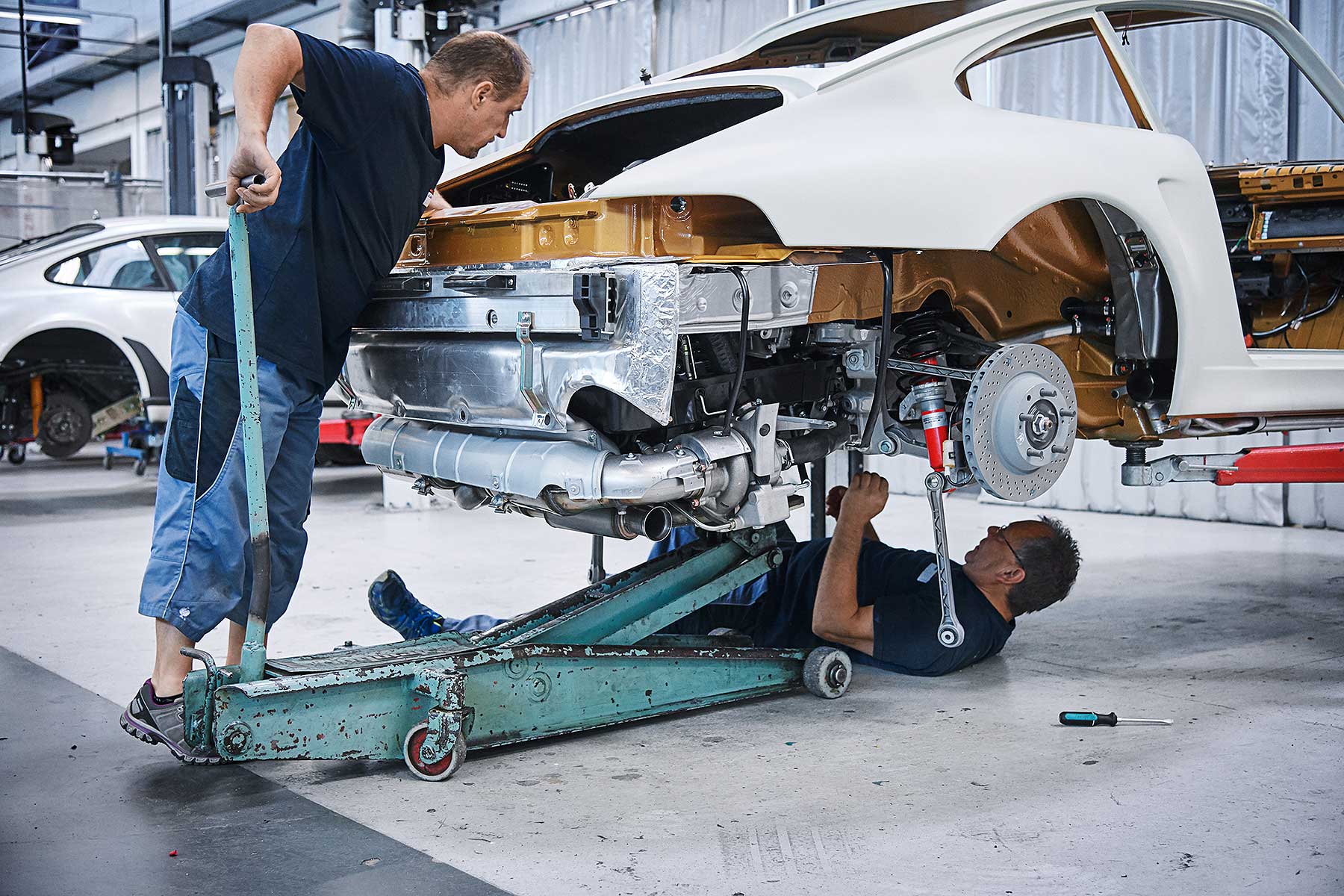 The engine, gearbox and even the all-wheel drive system all came from the Porsche Classic genuine parts brochure.

It’s been painted gold to match the 2019 911 Turbo S Exclusive series, giving Porsche the excuse to run a photoshoot of old and new cars. Don’t expect to see Project Gold on the road though – it’s not road-legal so will be restricted to circuits. 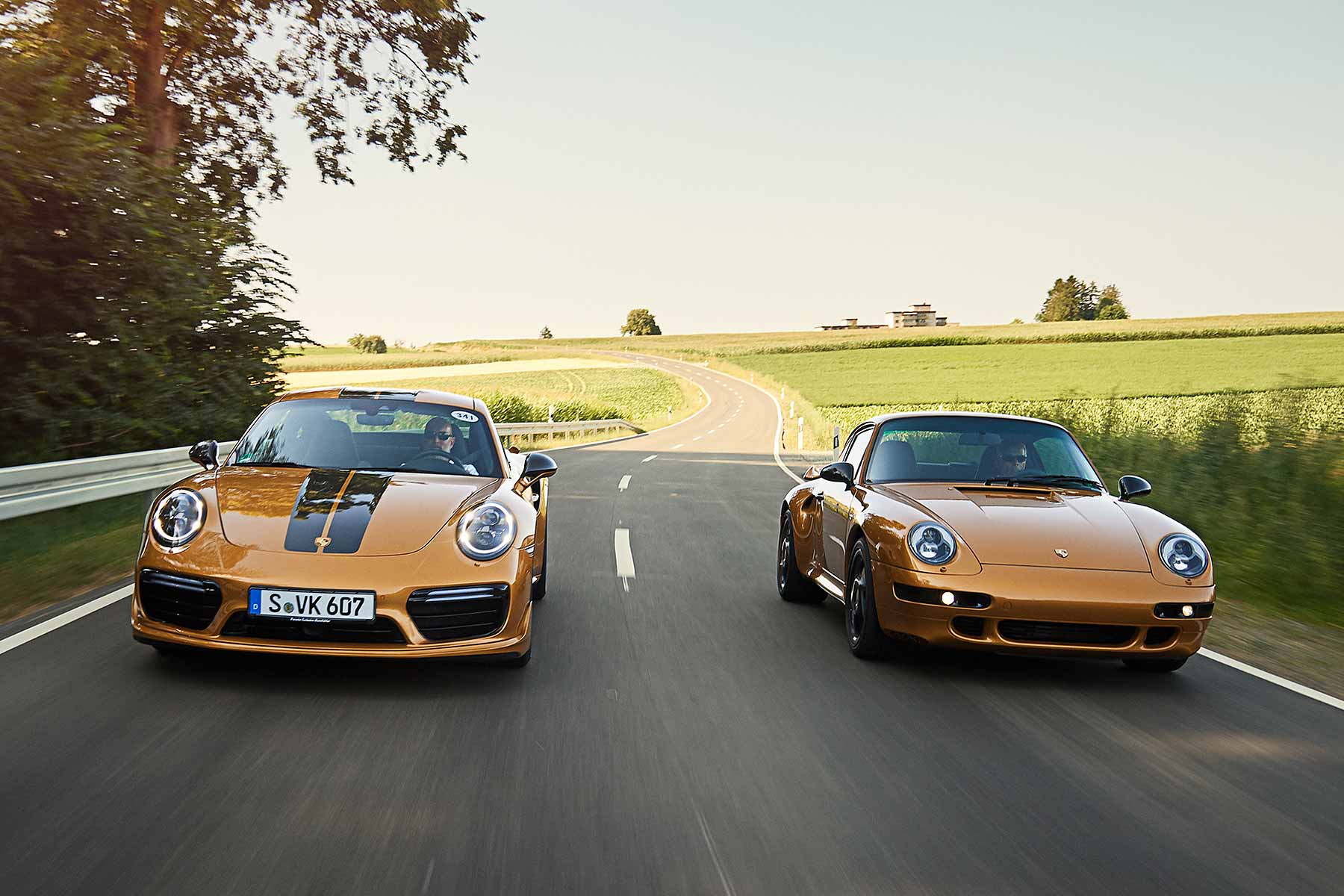 It can’t be used on the road because it can’t be registered: it’s a custom-build, with a hand-stamped chassis number rather than an official one. Although Porsche has, smartly, given it a number that follows on from the final series 993 Turbo from back in 1998.

“Although we are starting a new chapter in our sports car history with the Porsche Taycan, the story of how the company evolved is no less significant.

“On the contrary, this Golden Yellow 993 demonstrates how incredibly passionate we are about the tradition of the brand.” 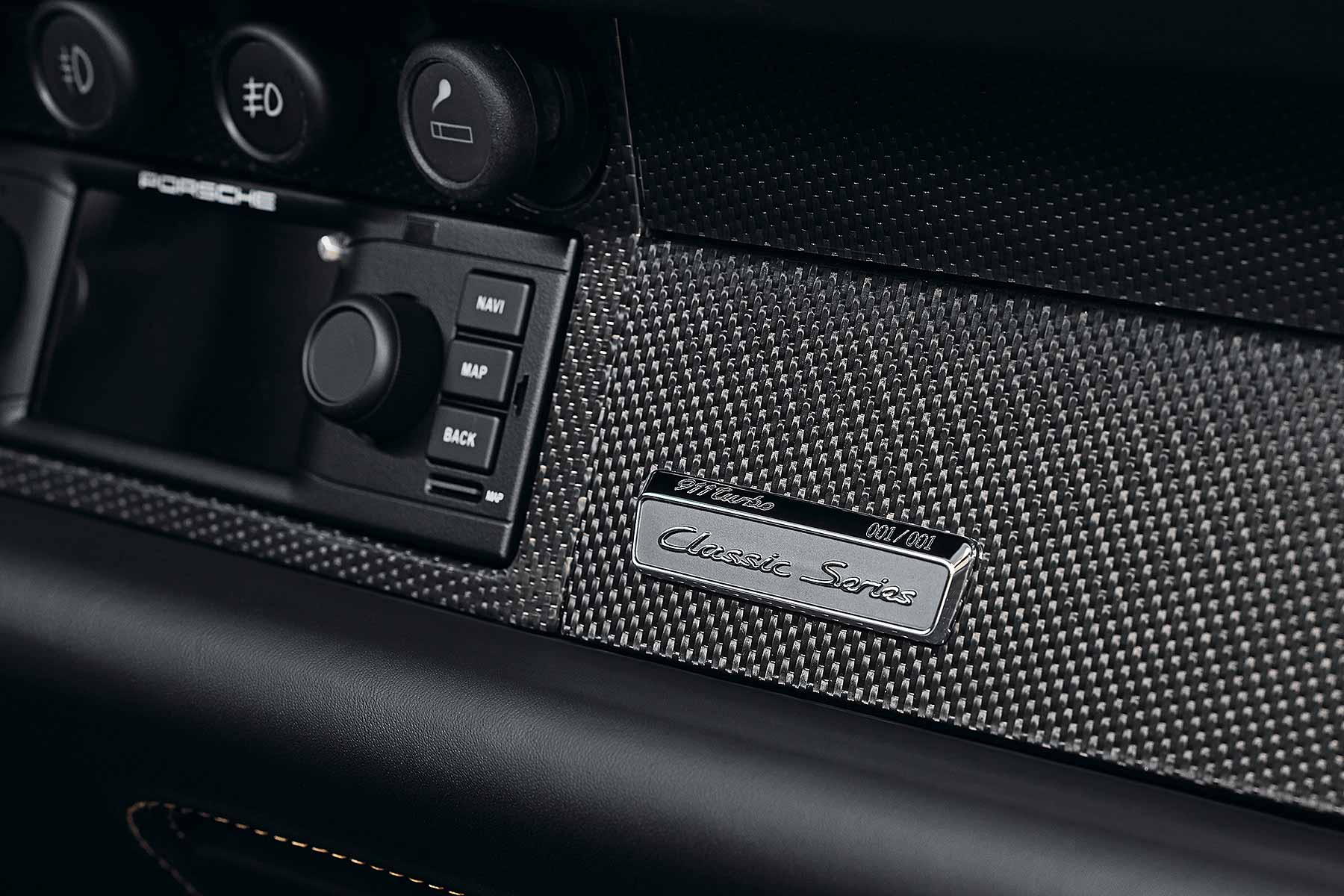 The Project Gold 993 Porsche 911 Turbo will make its world debut at the Porsche Rennsport Reunion in Laguna Seca on September 27.

A month later, it will be auctioned by RM Sothebys at the Porsche Experience Centre in Atlanta. All proceeds will go to the Ferry Porsche Foundation as part of the 70 years of Porsche sports cars celebrations.