The Mansells, the Hills, the Brabhams and the McRaes – just four of the famous father and sons of the motoring world 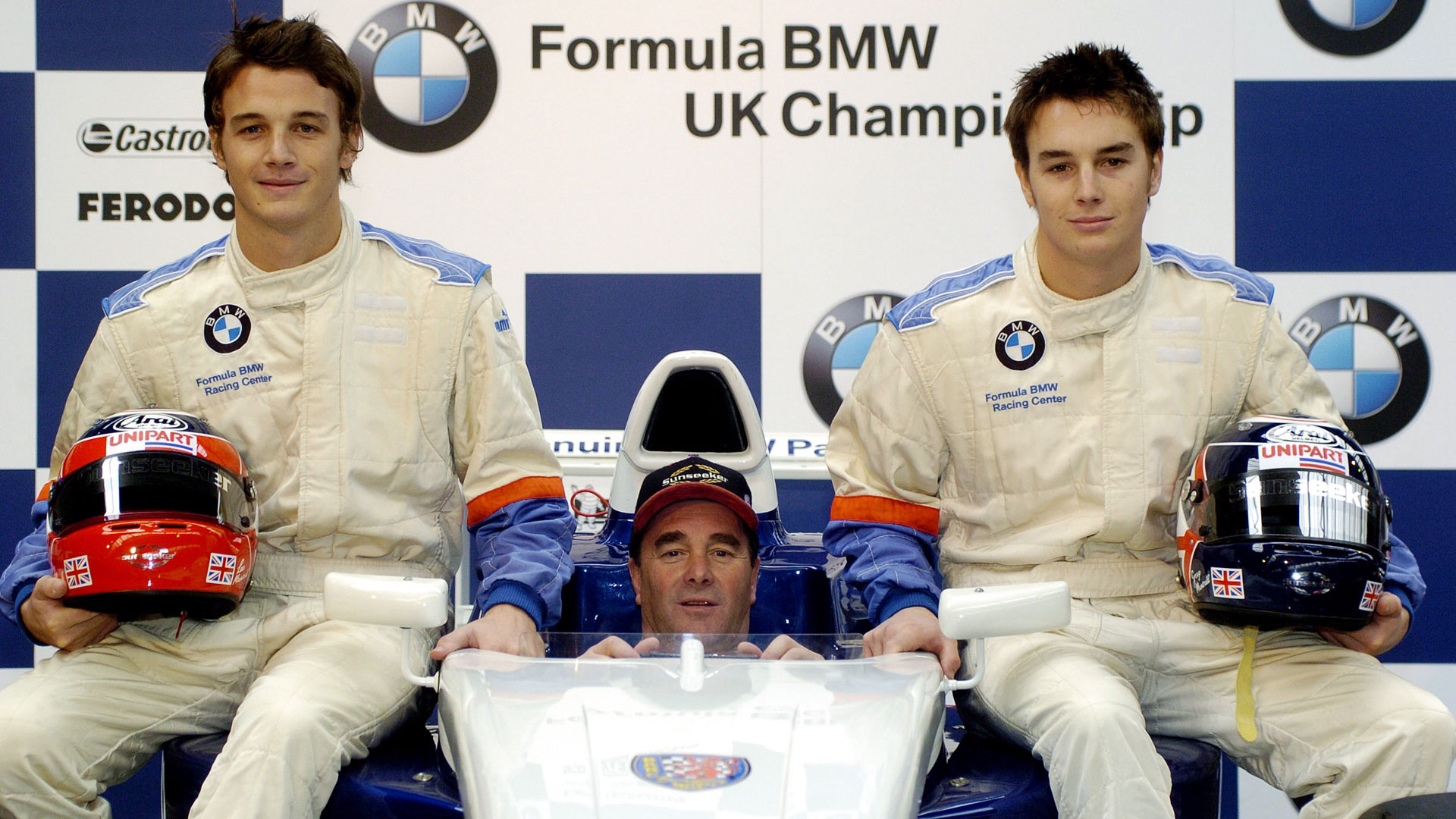 Flick through the big ol’ book of the motoring industry and you’ll find many examples of children following in their parents’ footsteps. Which got us thinking about famous fathers and sons of the automotive world. Here are some high profile examples in the manufacturing and motorsport arenas. 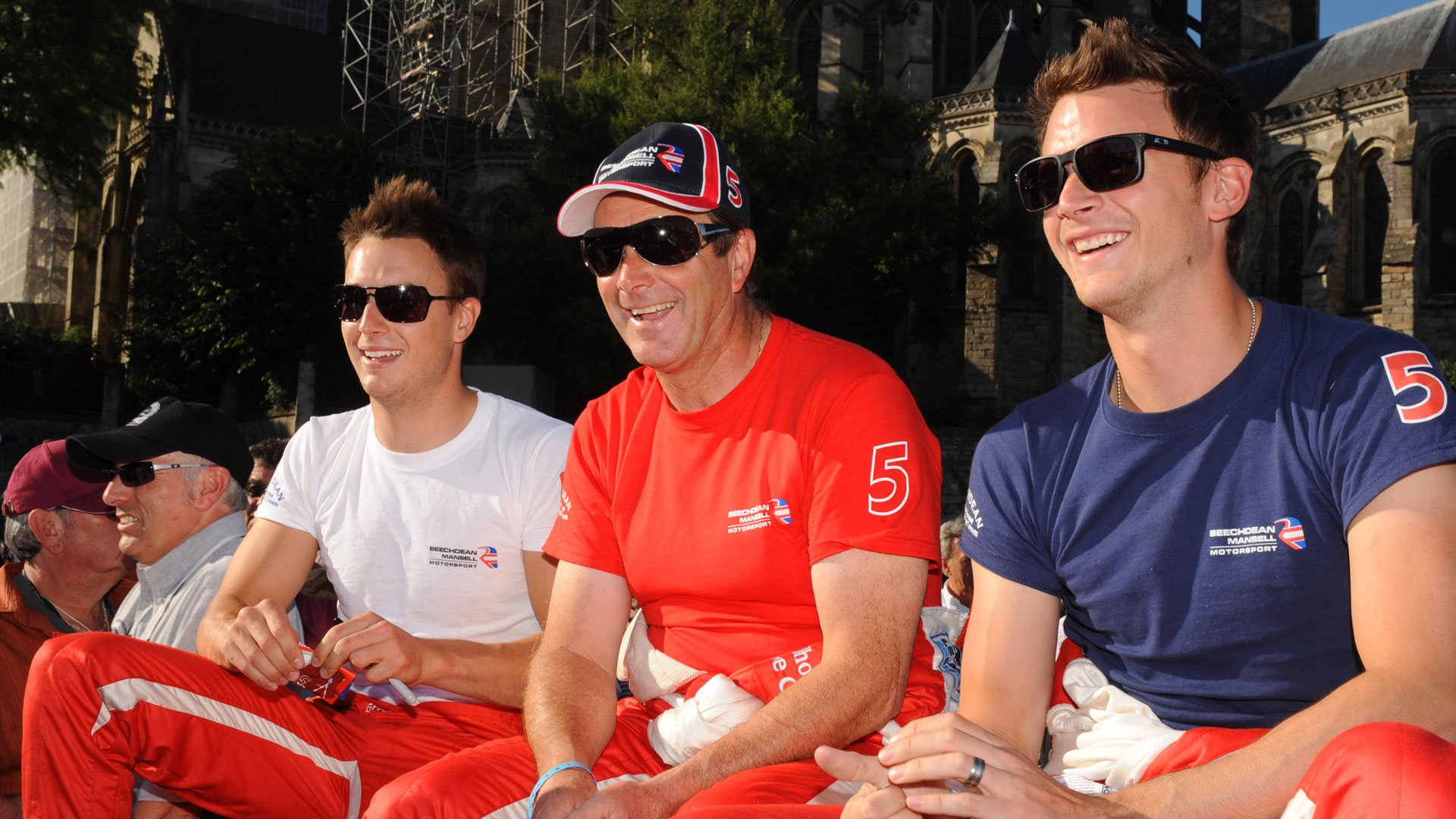 Nigel Mansell was one of Britain’s best motor racing drivers, securing back-to-back Formula One and IndyCar championships in 1992 and 1993. His sons Leo and Greg, both now in their 30s, progressed through the world of karting to become racing drivers, albeit without the same level of success as their famous father. 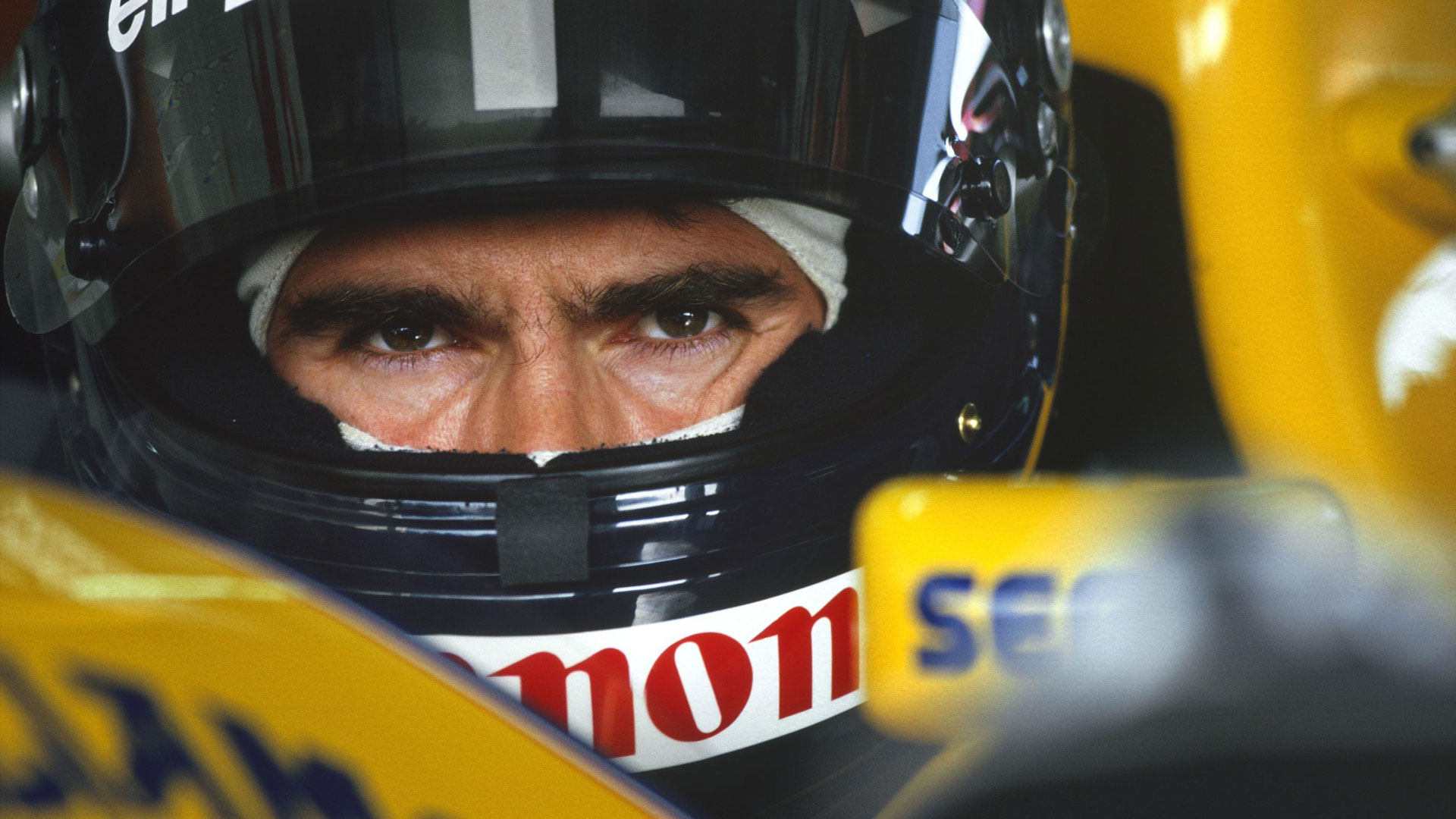 Amazingly, Graham Hill didn’t start driving until the age of 24, but he still managed to win two Formula One World Championships. His son Damon won the World Championship in 1996, making them the first father and son pair to achieve the feat. 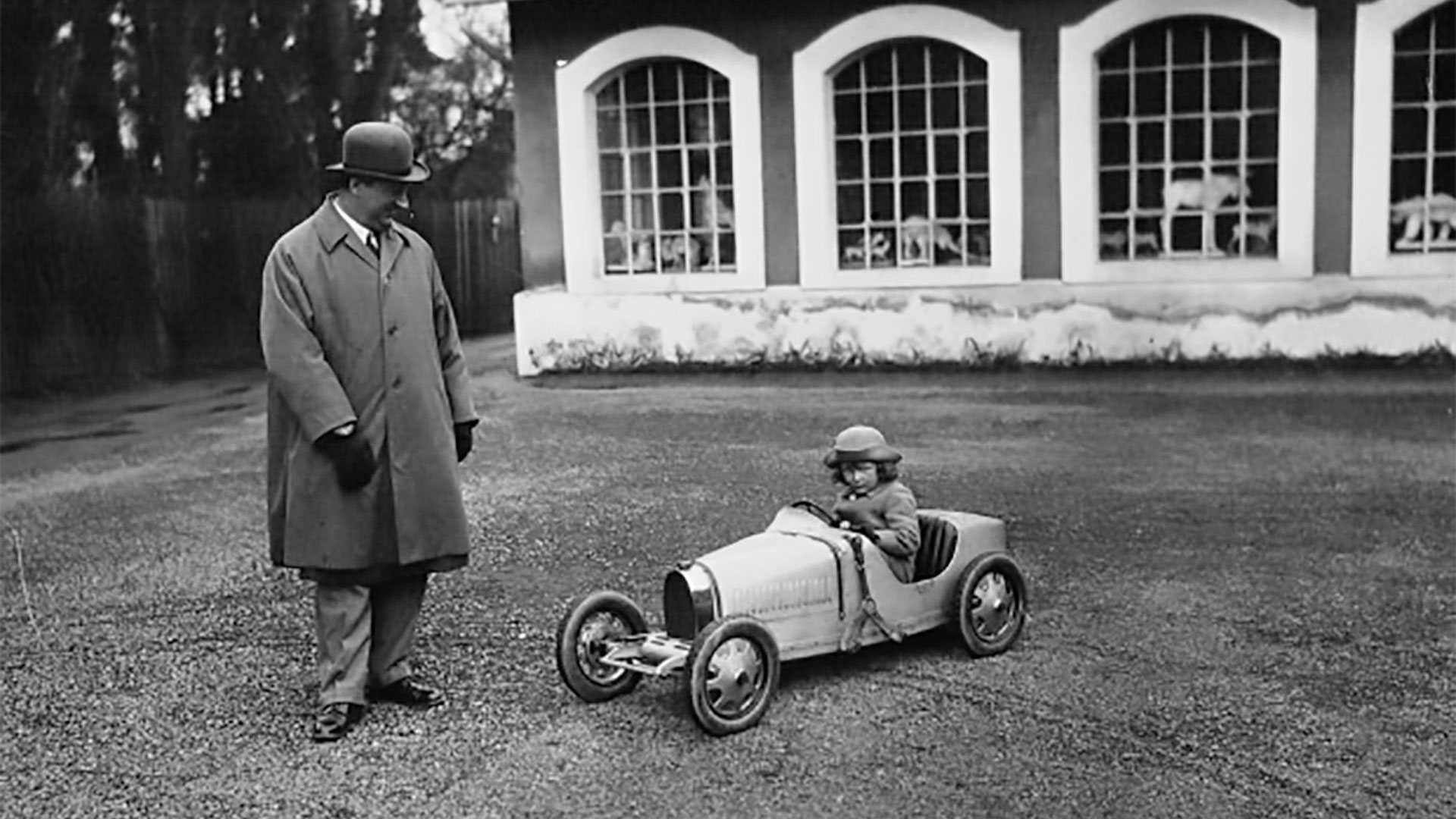 Ettore Bugatti was born in 1881 and set up a small factory in France in 1909. Famous for building and racing some of the most beautiful cars of the 1920s and 1930s, he was also the father of Jean Bugatti, the designer and creator of the Atlantic and Type 41. Jean died in 1939 at the age of 30, while his father lived on until 1947. 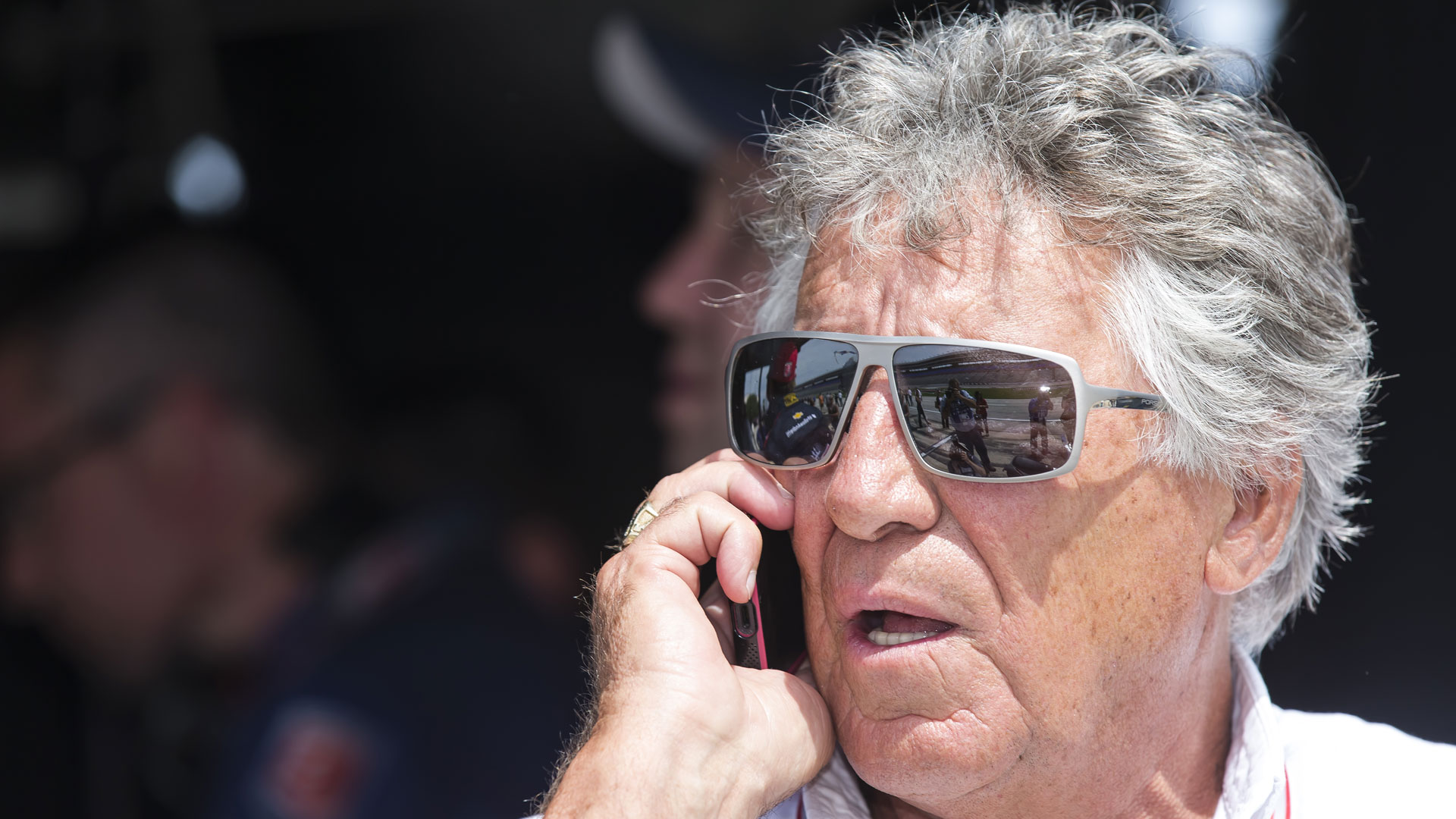 Mario Andretti (pictured) won the Indianapolis 500, the Daytona 500, the Formula One World Championship and the Pikes Peak Hillclimb. In fact, he’s one of only two drivers to have won races in F1, IndyCar, World Sportscar Championship and NASCAR. His son Michael won the CART season in 1991 and 42 races overall. 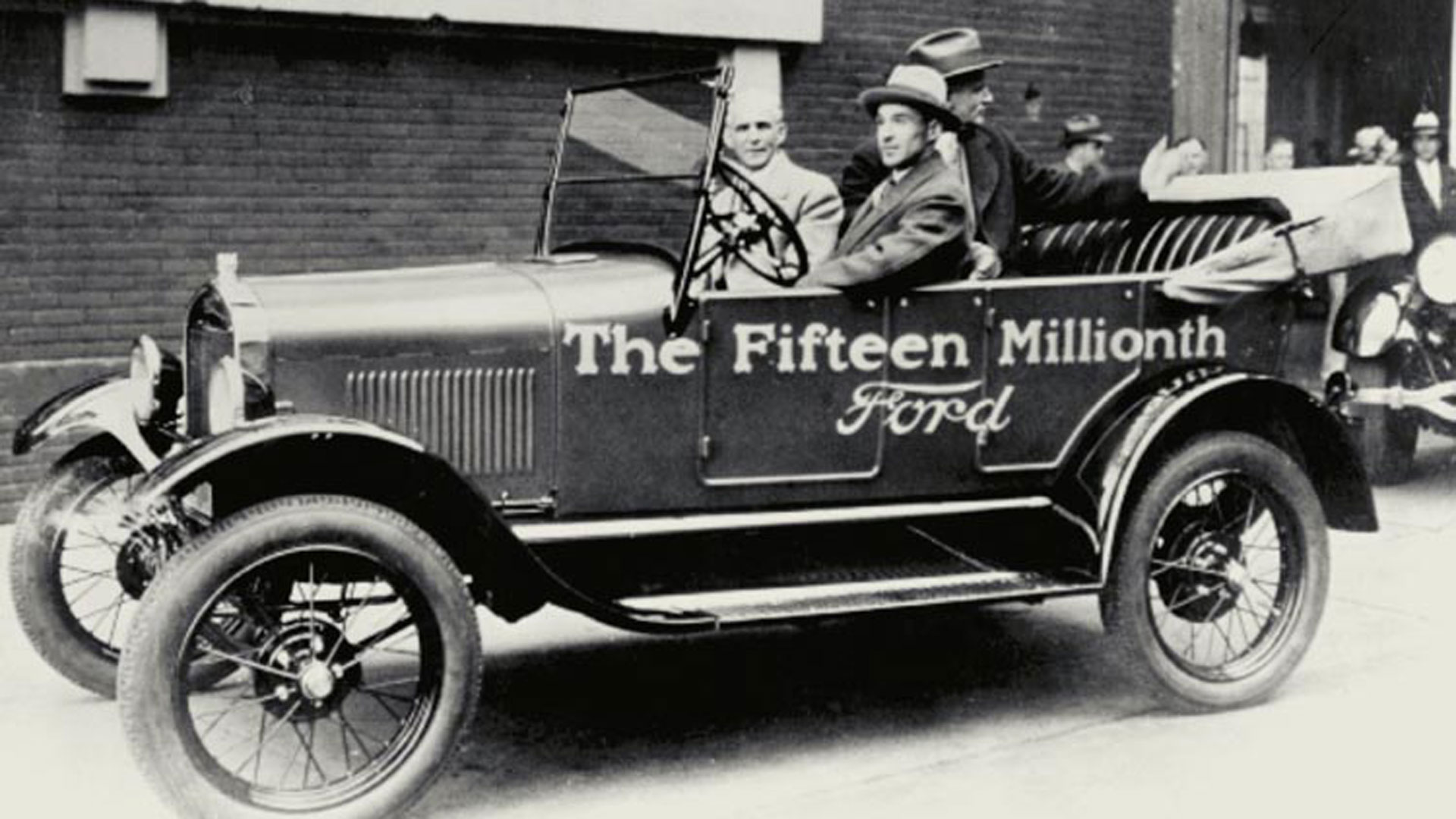 Henry Ford was born in 1863 and by the age of 15, he had constructed his first steam engine. In 1879, he left home for Detroit, where the Ford Model T was introduced in 1908. Here we see Henry Ford and his son Edsel in a Model T at the Highland Park Ford Plant. Edsel’s son Henry Ford II went on to lead the company. 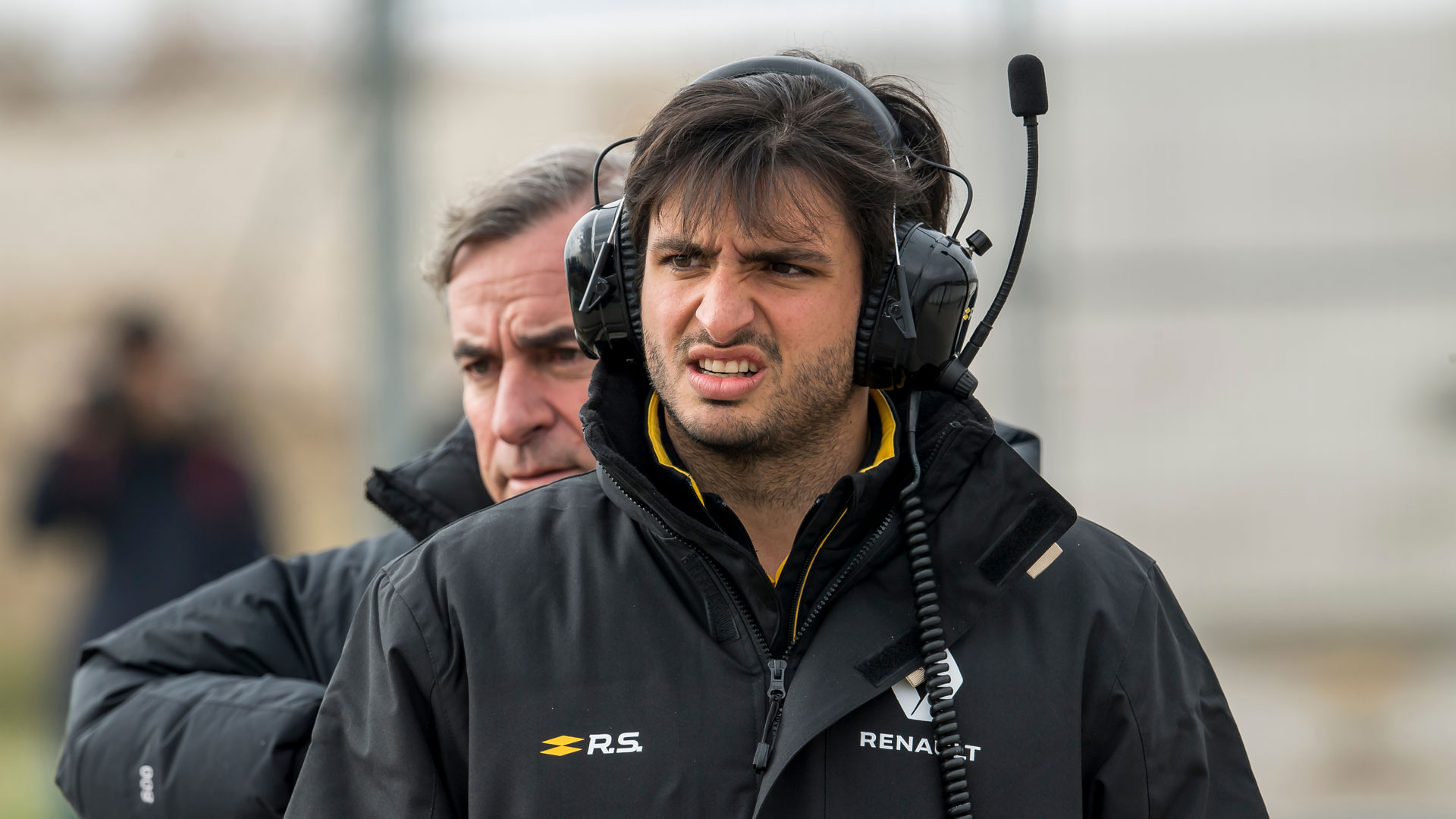 Carlos Sainz was always destined for a sporting career, having played national-level squash and securing trials for Real Madrid. His rallying career spanned 196 rallies and 18 seasons, winning 26 races and the WRC Championship twice. His son Carlos Sainz Jr. is an F1 driver for McLaren. 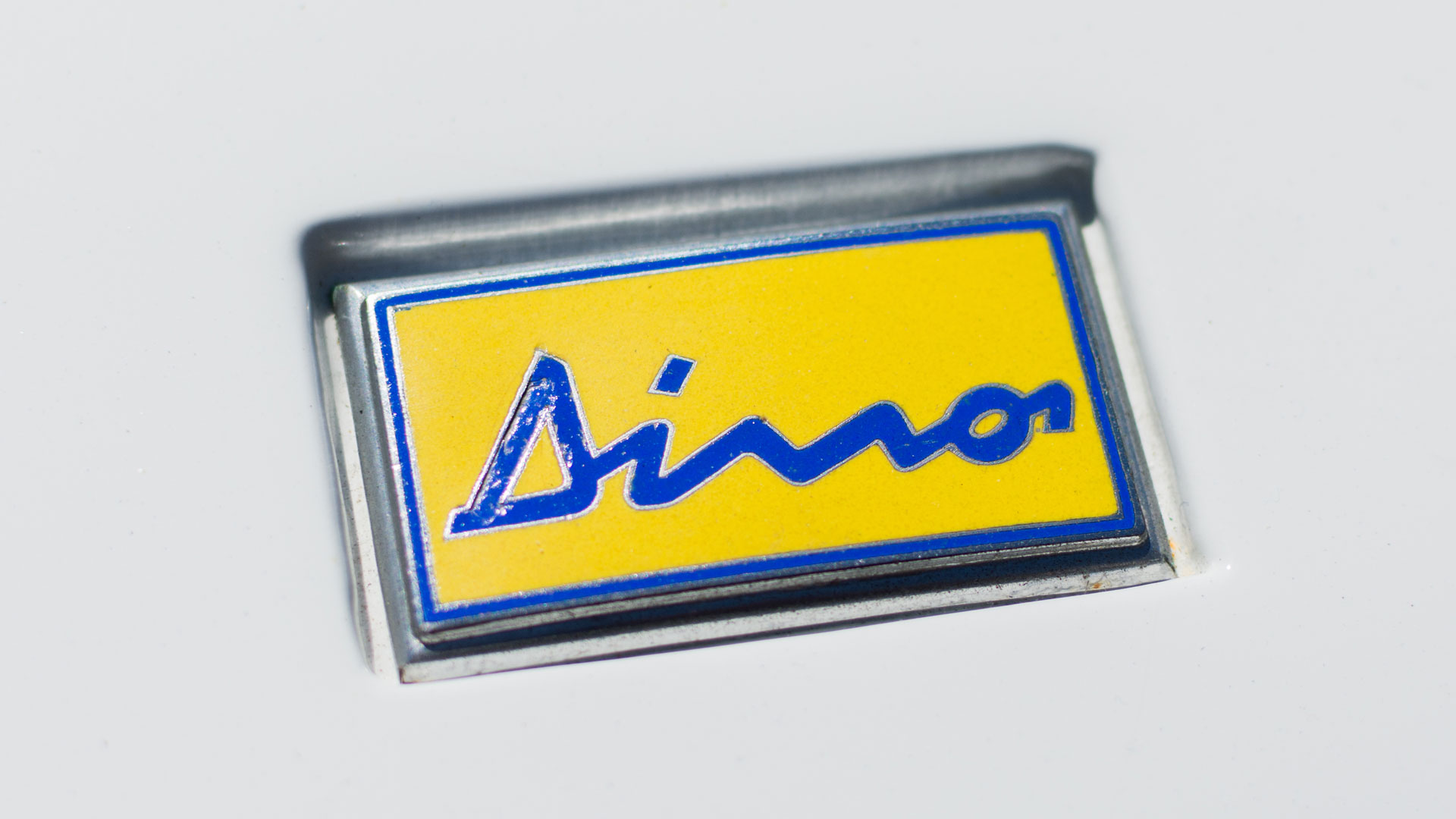 Enzo Anselmo Ferrari was born in Modena in 1898 and formed Scuderia Ferrari in 1929. The manufacturing company as we know it today was formed in 1939, but the first car built under the Ferrari marque didn’t appear until 1947. His son Alfredo – nicknamed Dino – was born in 1932 but died in 1954 aged just 24. His father named the Dino series of road cars in his honour. 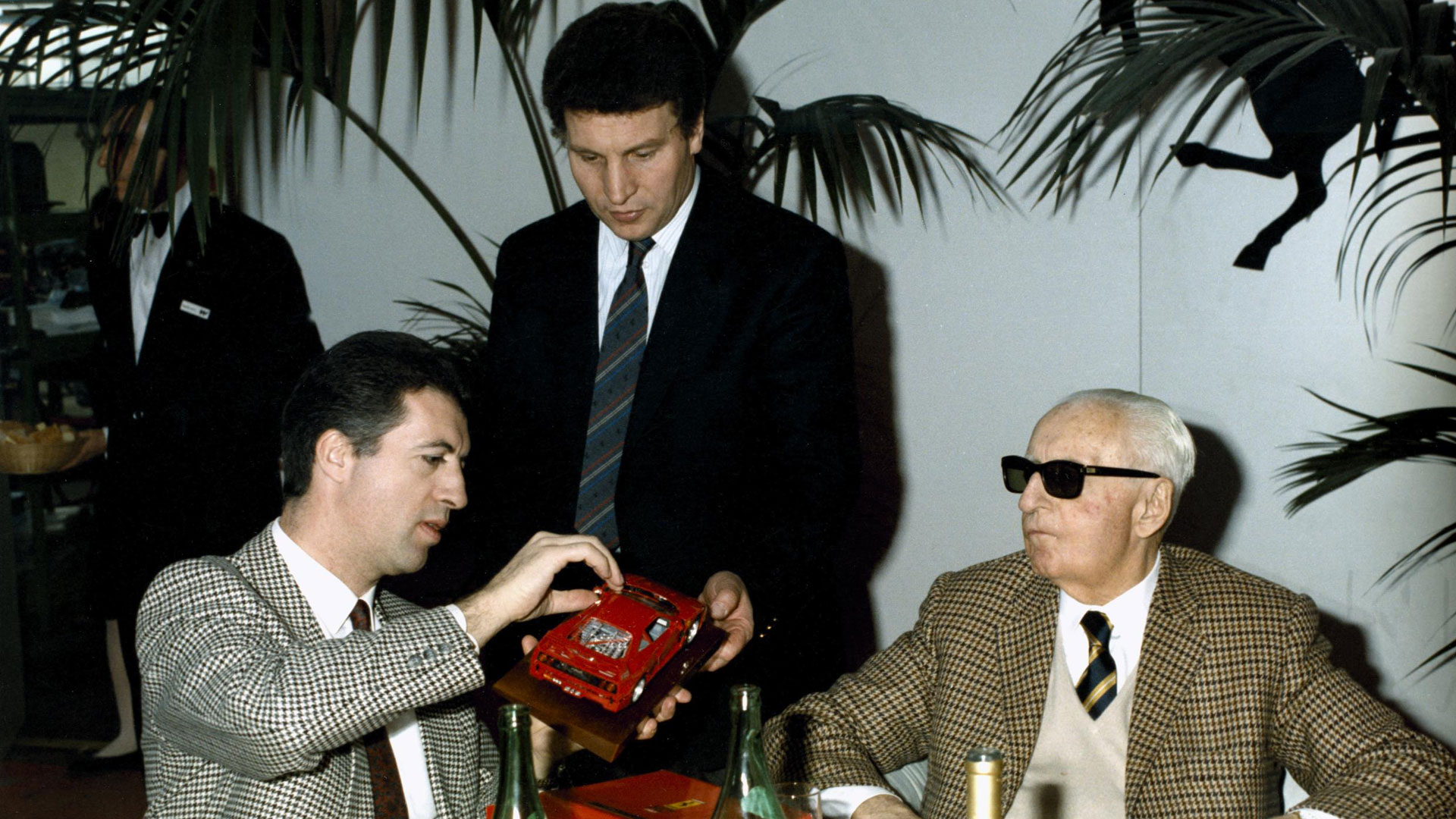 Enzo’s other son, Piero, is vice chairman and 10 percent owner of Ferrari. His mother was Enzo’s mistress, Lina Lardi, and he became the sole heir after his stepbrother died in 1956. He couldn’t be acknowledged as a Ferrari member until Enzo’s wife Laura died in 1978. 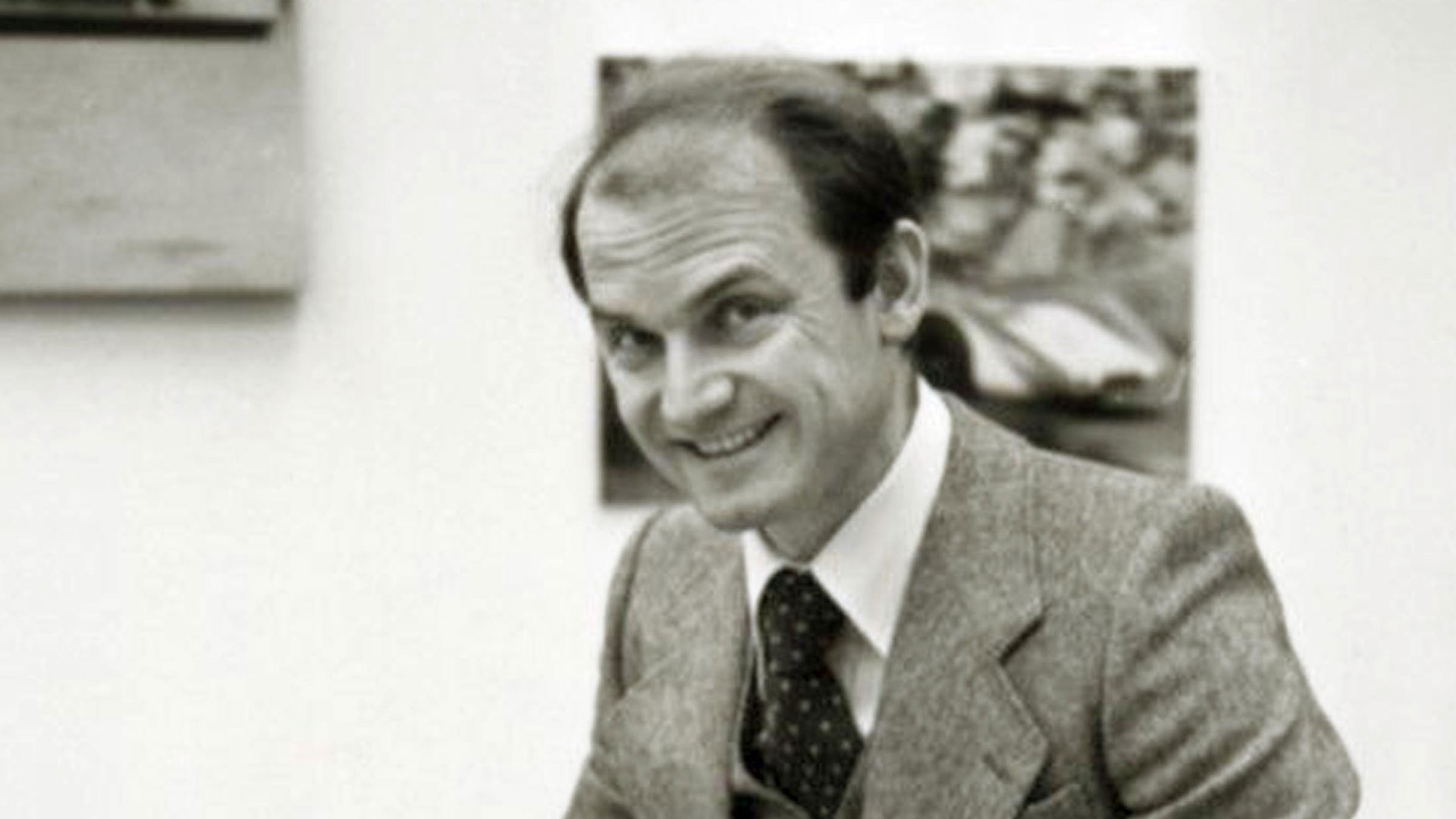 Anton Piech was the son-in-law of Ferdinand Porsche and the former head of Volkswagen. He married Louis Porsche in 1928 and had children, the most famous being Ferdinand Piech (pictured), the former Volkswagen Group chairman. But the dynasty doesn’t stop there, because his son Anton ‘Toni’ Piech has founded Piech Automotive, an electric car company based in Switzerland. 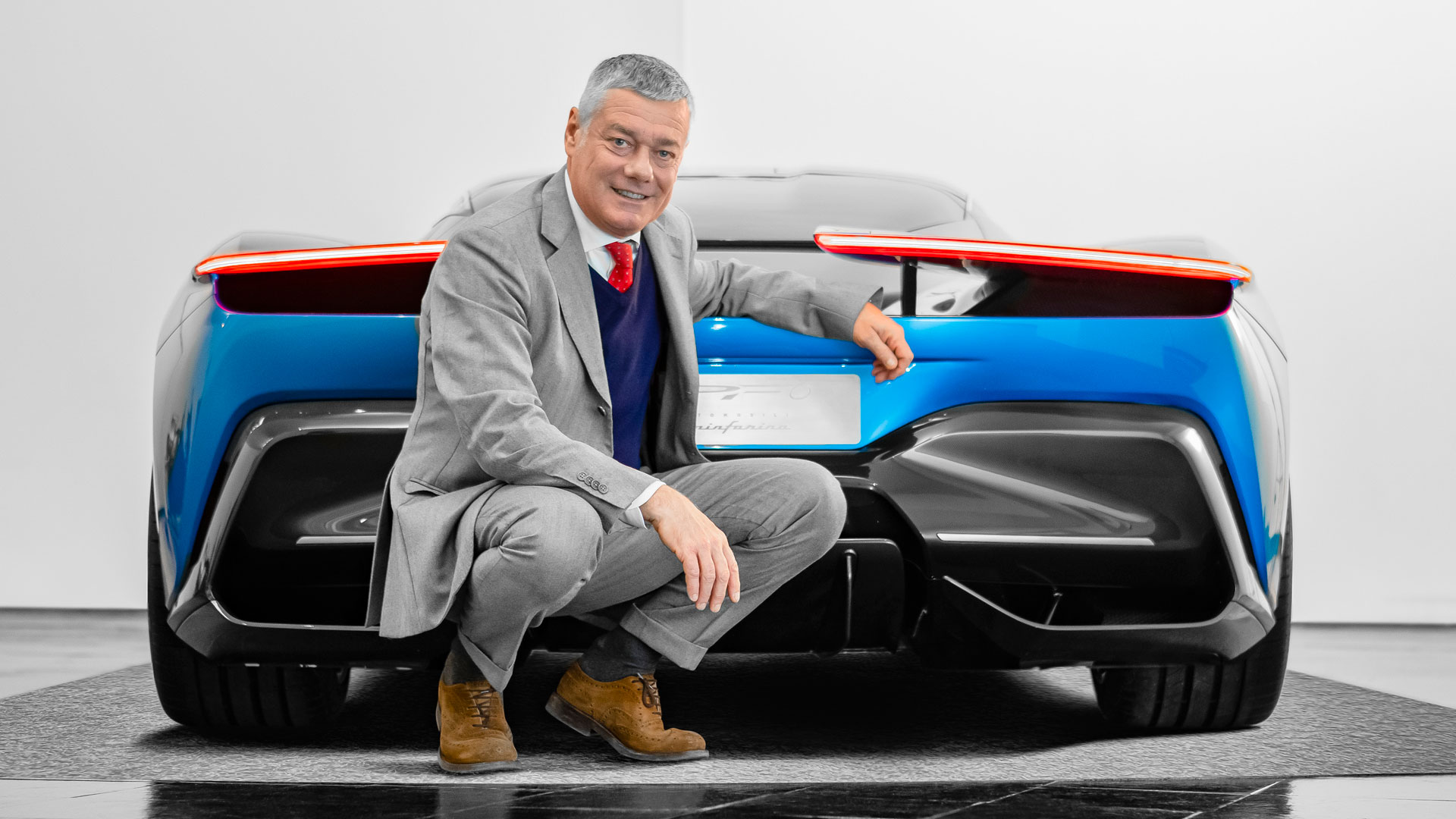 Battista Farina was born in Turin in 1893. He founded Pinin Farina in 1930, with a plan to build custom bodies to order and to sell limited edition cars to the public. His son Sergio, who was born in 1926, began working for the firm in 1950, before taking charge in 1957. His second son Paolo (pictured) is the current president of Pininfarina, while his first son held the role from 2001 until his death in 2008. 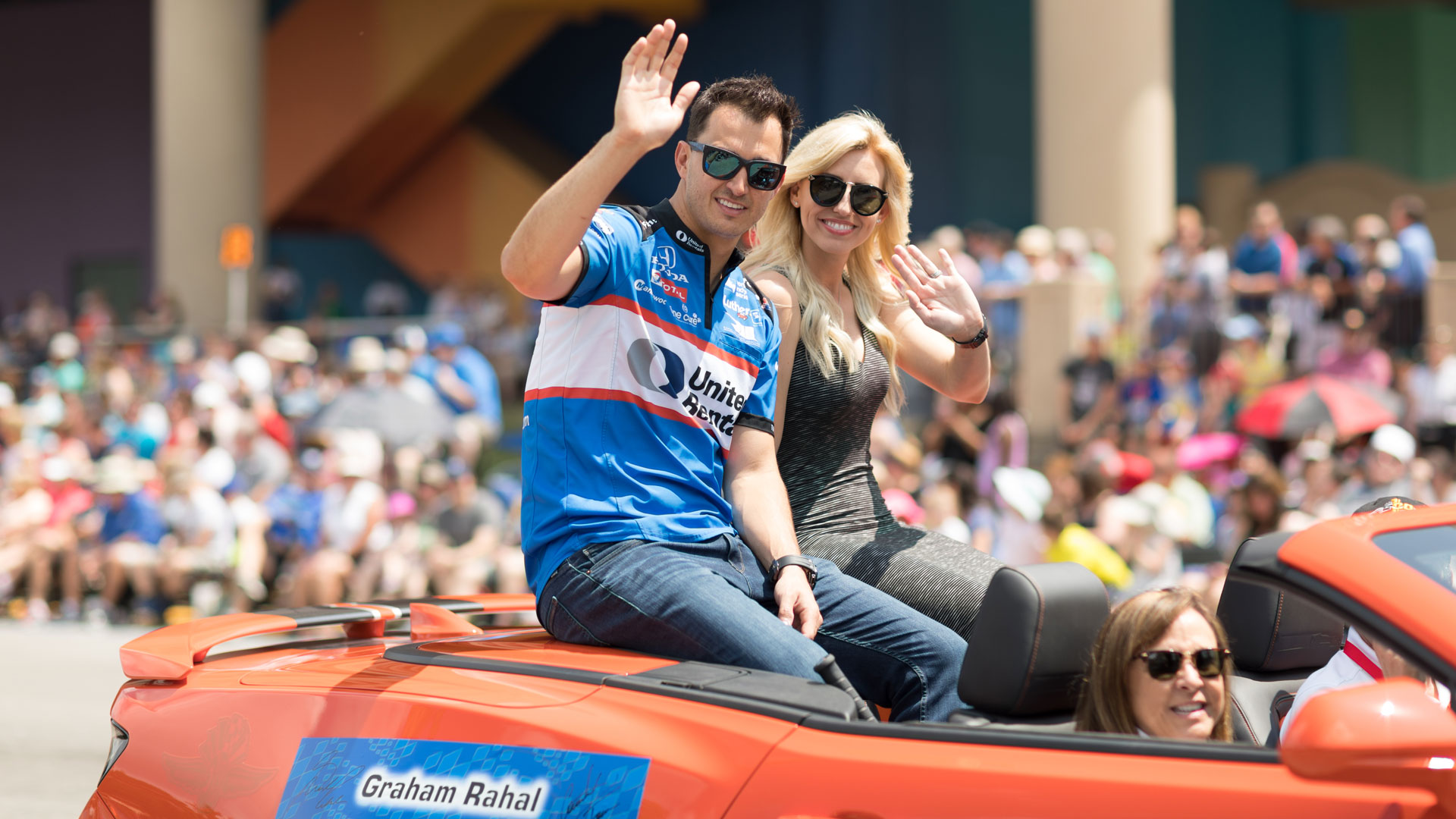 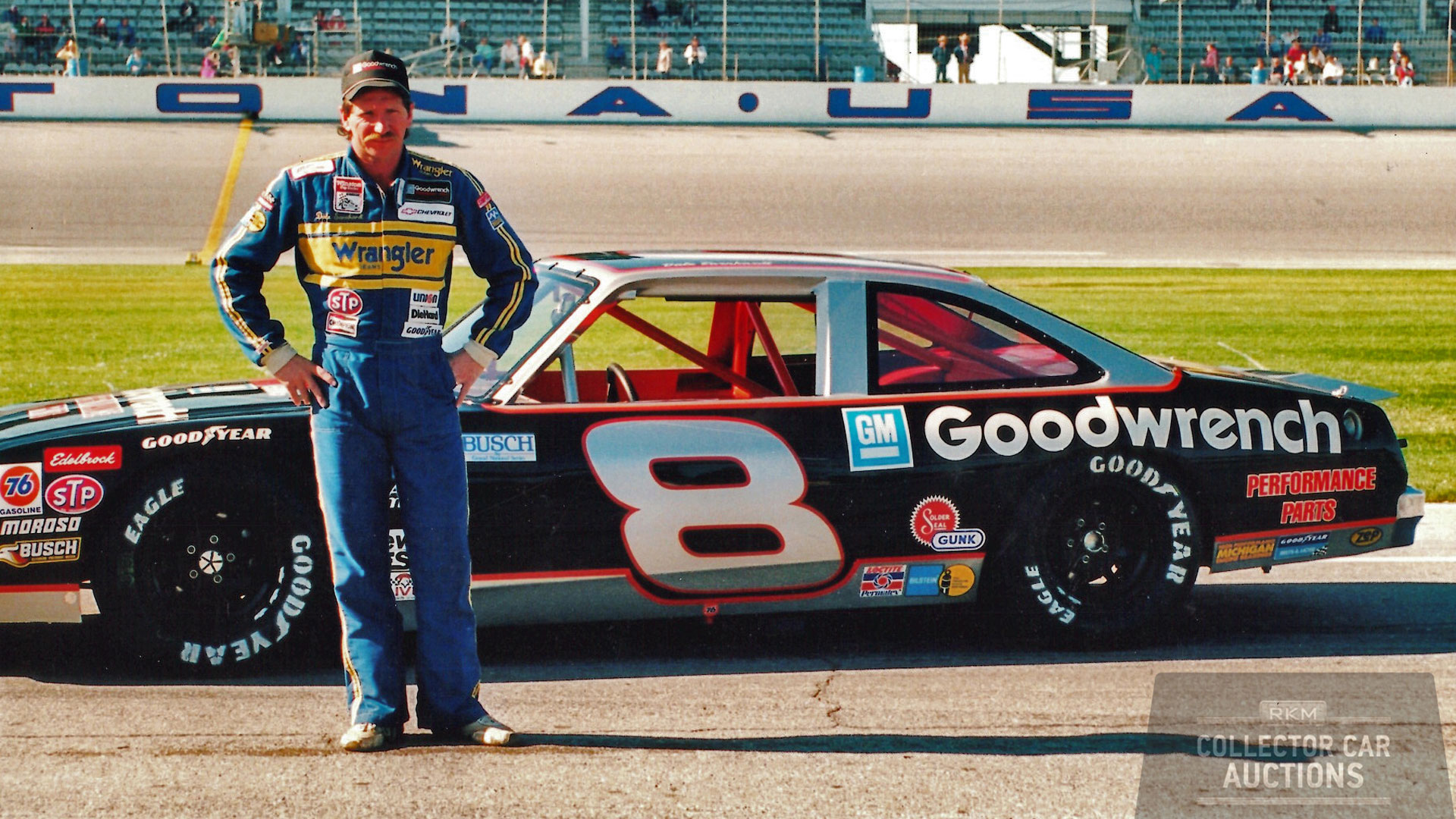 Dale Earnhardt followed his father Ralph into the world of motor racing. He made his race debut in 1975, before going on to win seven NASCAR championships. He died after crashing on the final lap of the Daytona 500 in 2001. His son Dale Earnhardt Jr. amassed 26 NASCAR victories, including two Daytona 500s. He’s also the only third-generation champion. His sister Kelley is a former driver and current co-owner of a NASCAR team. 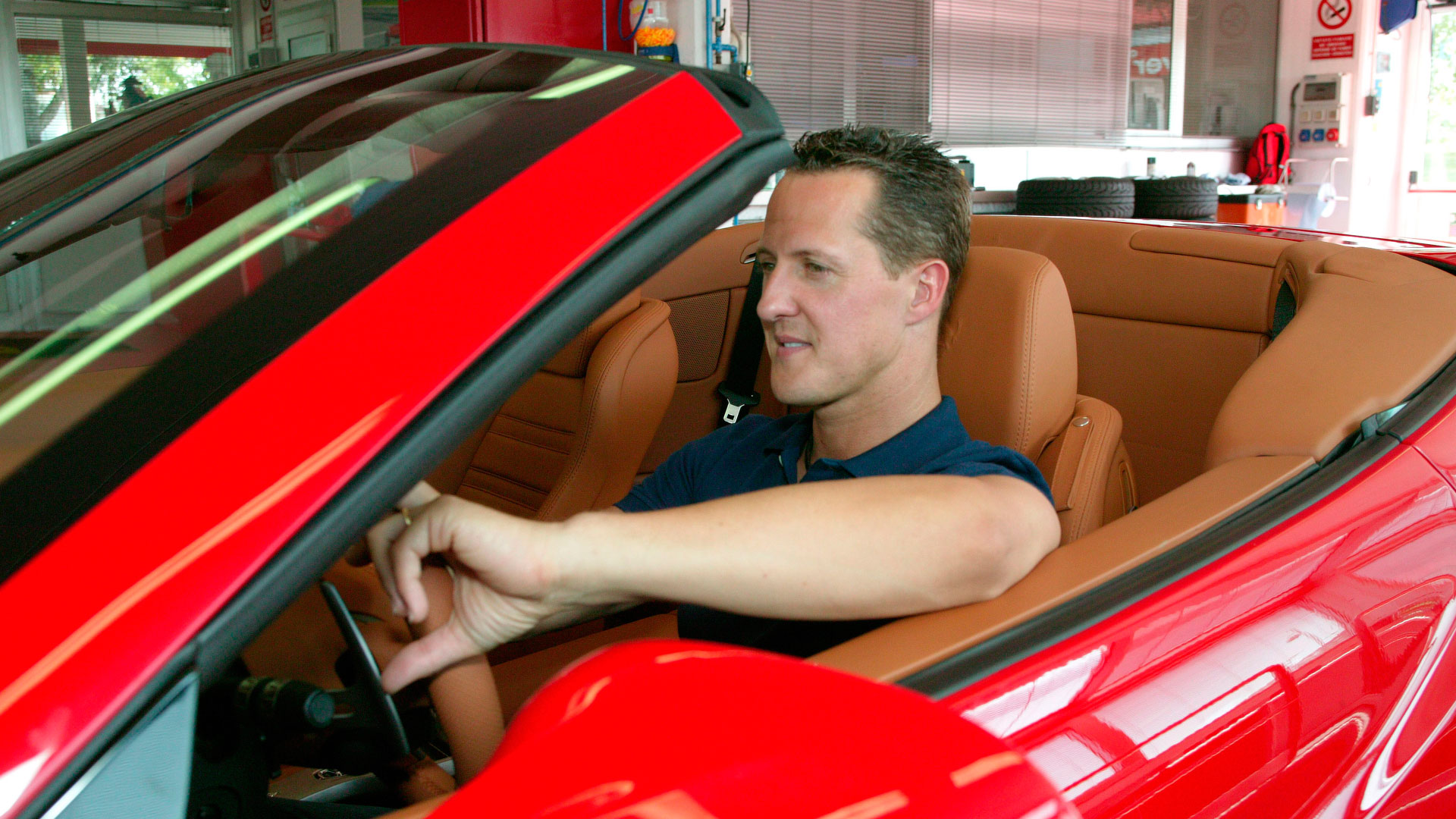 Michael Schumacher is the most successful Formula One driver in the history of the sport, securing seven World Championships. He retired in 2012, having returned to F1 in 2010. His brother Ralf is a former F1 driver, while Michael’s son Mick is currently a Formula 2 driver for the Prema racing team. 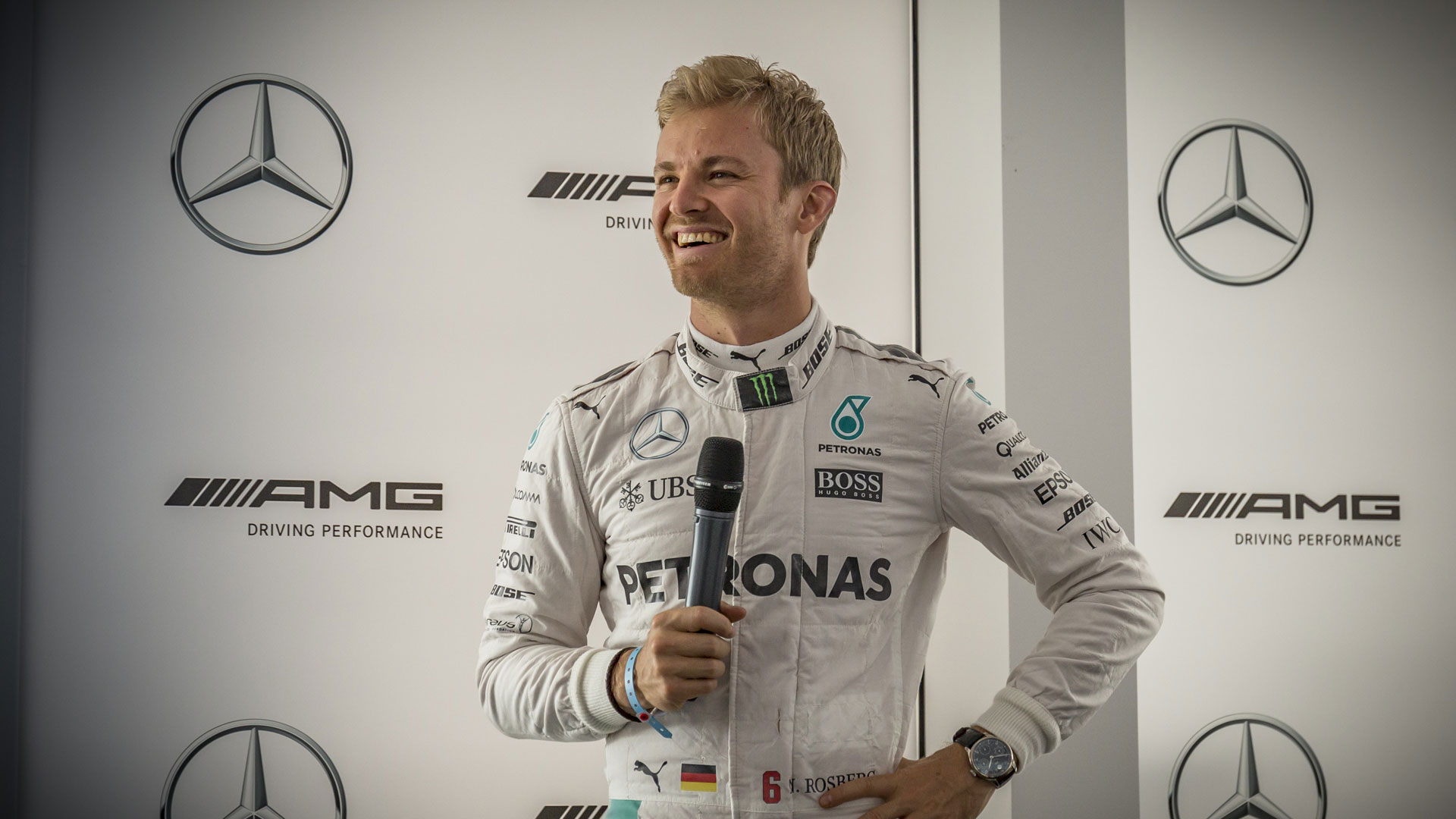 Keke Rosberg is notable for his fine ‘tache and for becoming the first Finn to win the Formula One World Championship. Amazingly, he won just one race in his title-winning season of 1982, but was victorious by the fact that his closest rival was unable to compete in the final five races of the season. His son Nico won the World Championship in 2016. 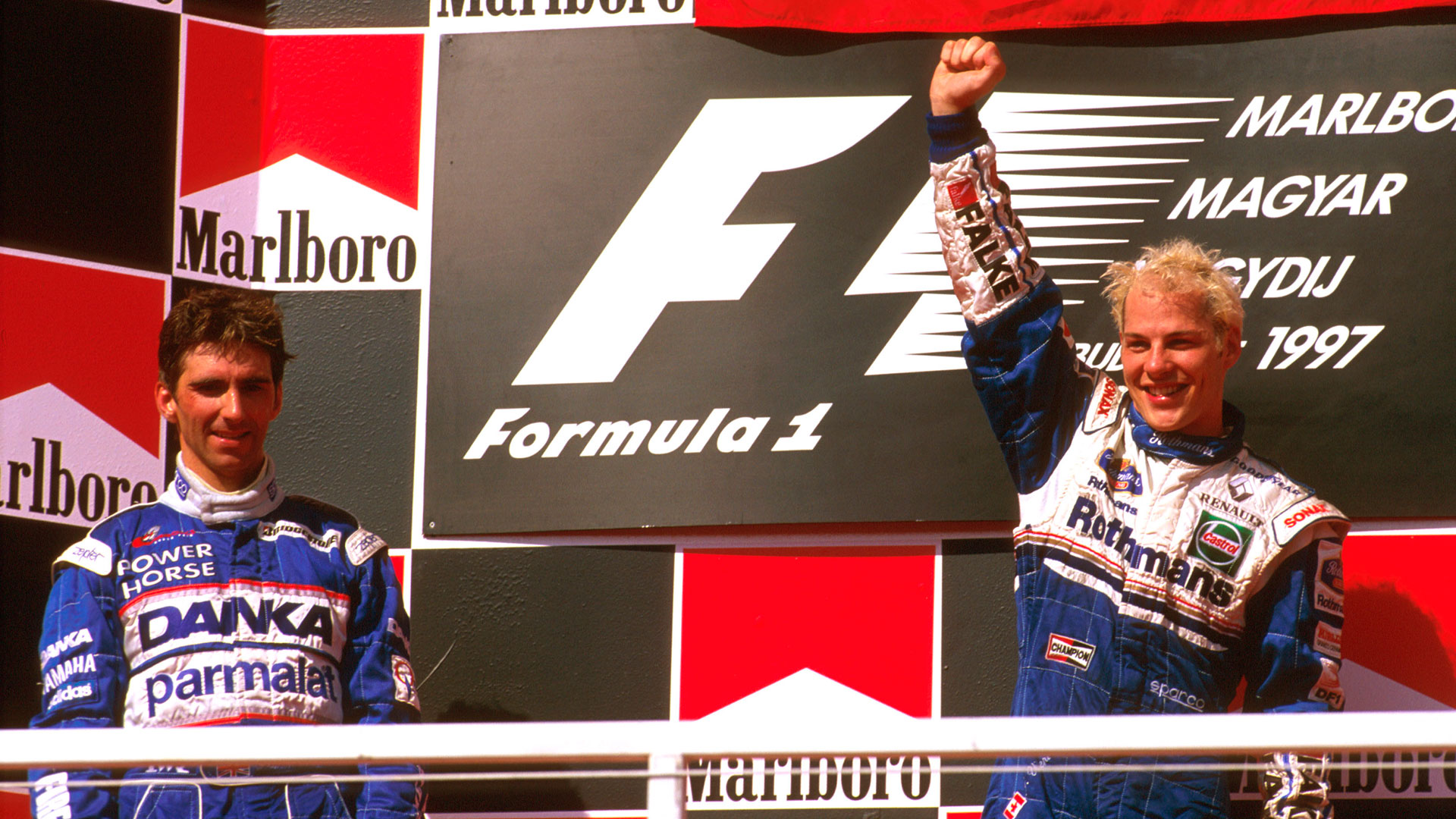 Gilles Villeneuve is remembered as one of the finest – not to mention, the quickest – Formula One drivers of all time, but he never won a World Championship. Sadly, he died during qualifying for the 1982 Belgian Grand Prix. His son Jacques won the World Championship in only his second season, with a memorable incident involving Michael Schumacher in the final race of the season. 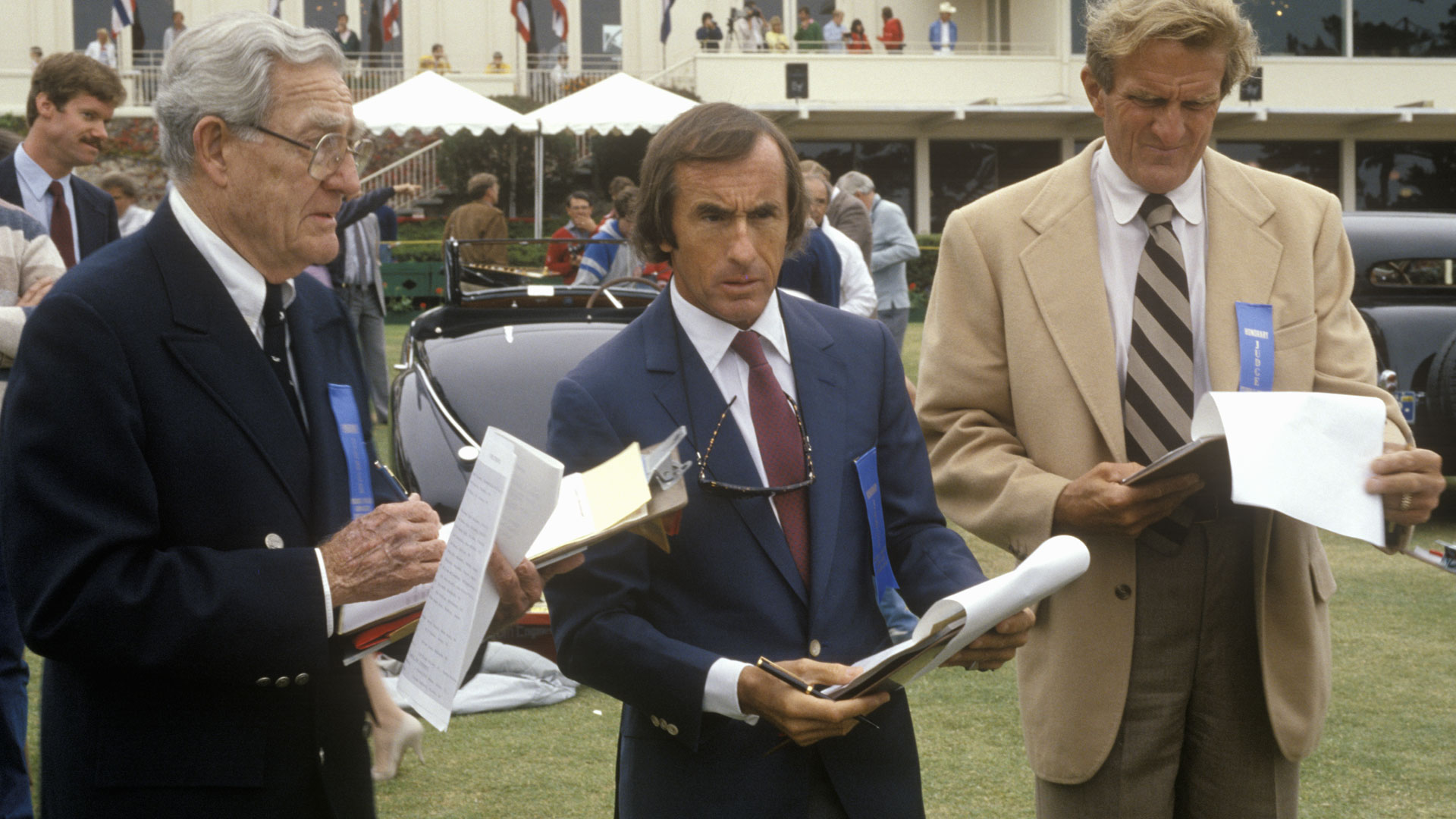 Sir Jackie Stewart won the Formula One World Championship on three occasions, winning 27 races out of 99 starts. In 1997, he launched his own Stewart Grand Prix F1 team with his son Paul. This was sold to the Ford Motor Company in 2000 and renamed Jaguar Racing. 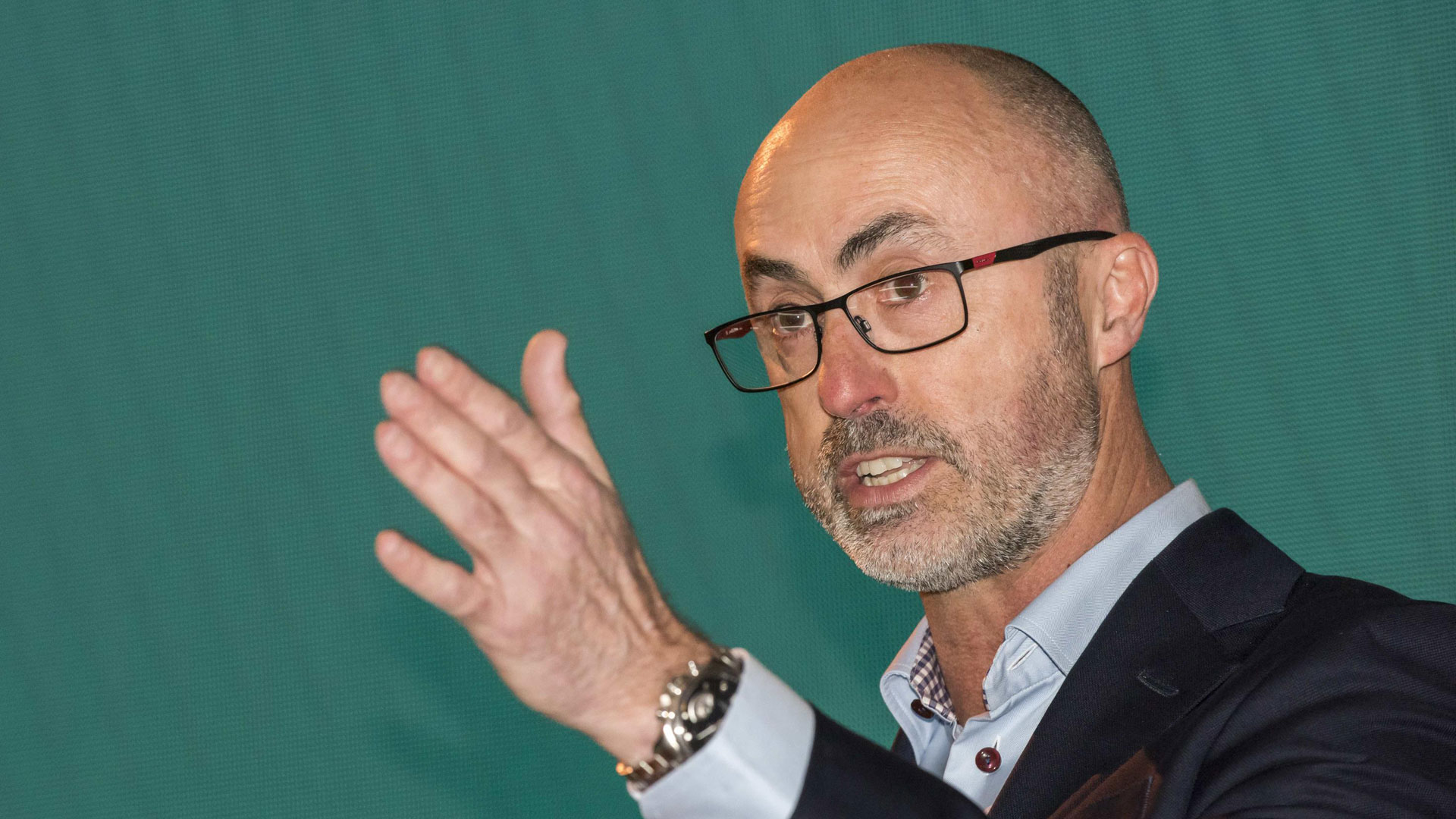 Sir Jack Brabham was another three-time Formula One world champion and the only driver to win a World Championship in a car bearing his own name. His son Geoff won the Le Mans 24 Hours in 1993 and four IMSA GTP Championship titles, while his other son David (pictured) is a two-time American Le Mans Series Champion and 2009 Le Mans 24 Hours winner. Grandsons Matthew and Sam are helping to keep the Brabham legend alive. 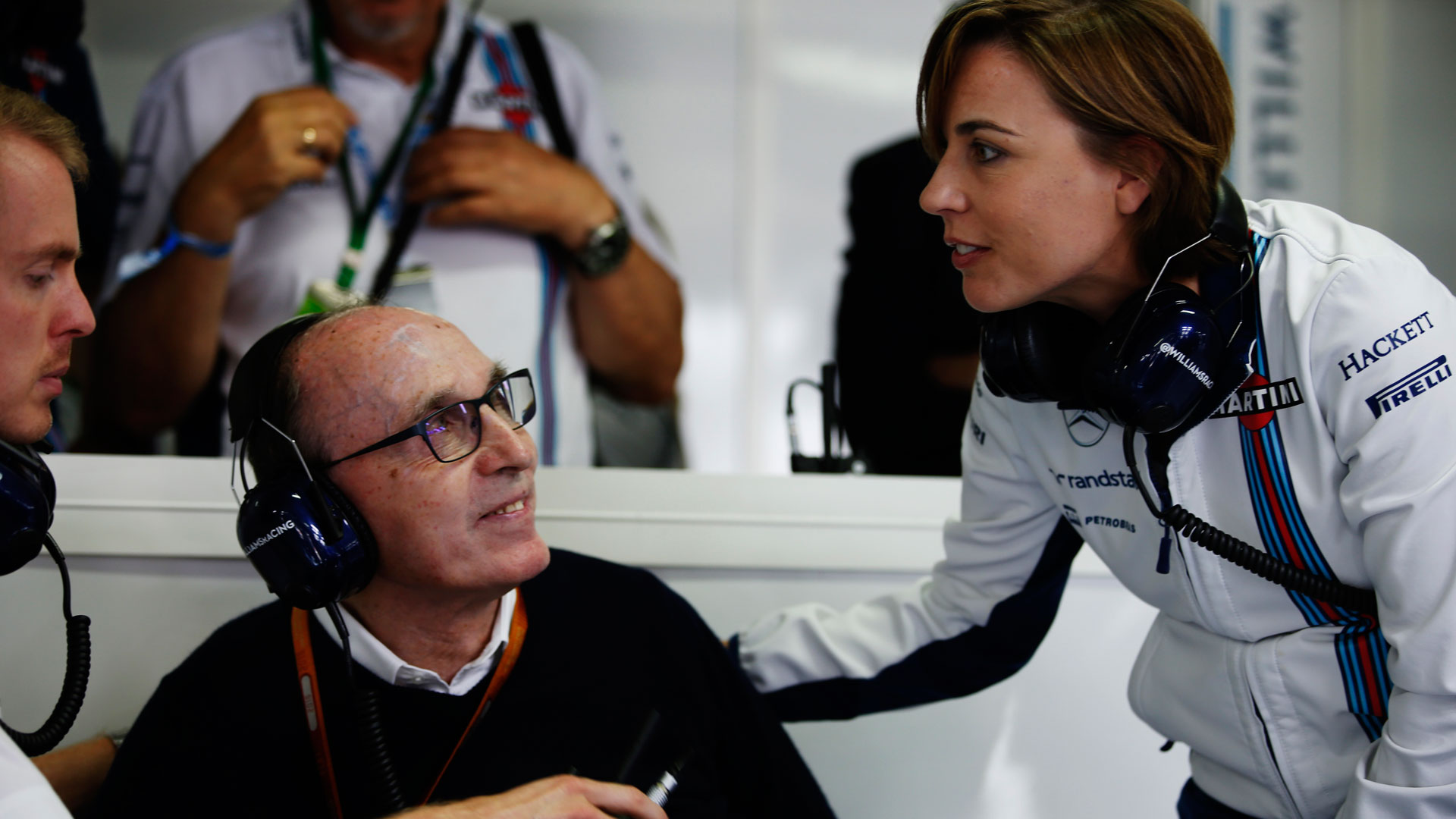 Like father, like daughter. Sir Frank Willaims founded his own racing team in 1966, before establishing Williams Grand Prix Engineering with Patrick Head in 1977. He was awarded a CBE in 1987 and was knighted in 1999, and is one of a few non-Frenchmen to have been made a Chevalier of France’s Légion d’honneur. His daughter Claire is the current Williams F1 deputy team principal. 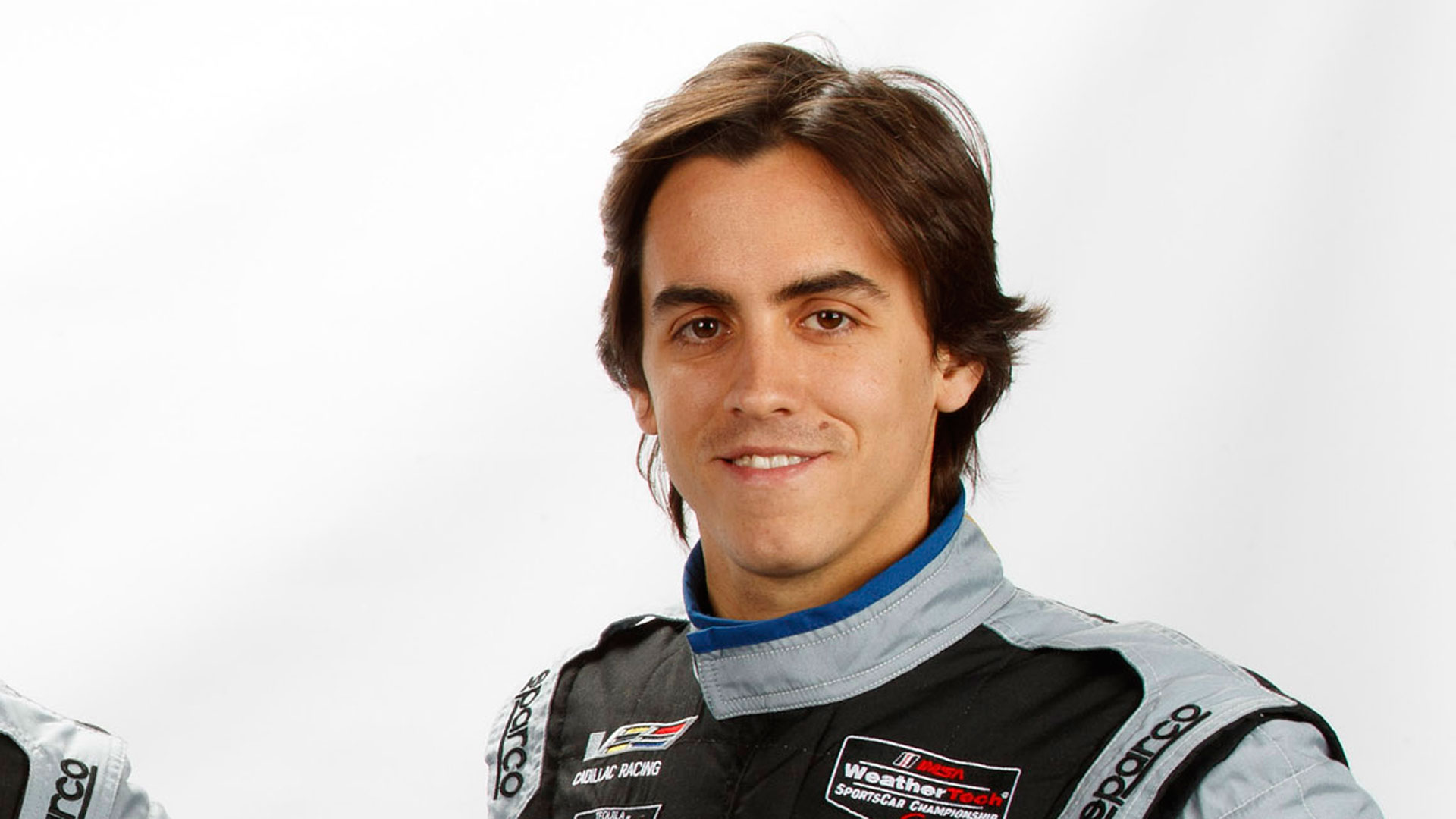 Born in America, Eddie Cheever grew up in Italy, where he raced karts as a teenager. He made his F1 debut in a one-off drive for Hesketh in 1978 before becoming a regular driver throughout the 1980s, making 132 starts for the likes of Tyrrell, Ligier and Renault. His son Eddie Cheever III has competed in Formula 3 and NASCAR. 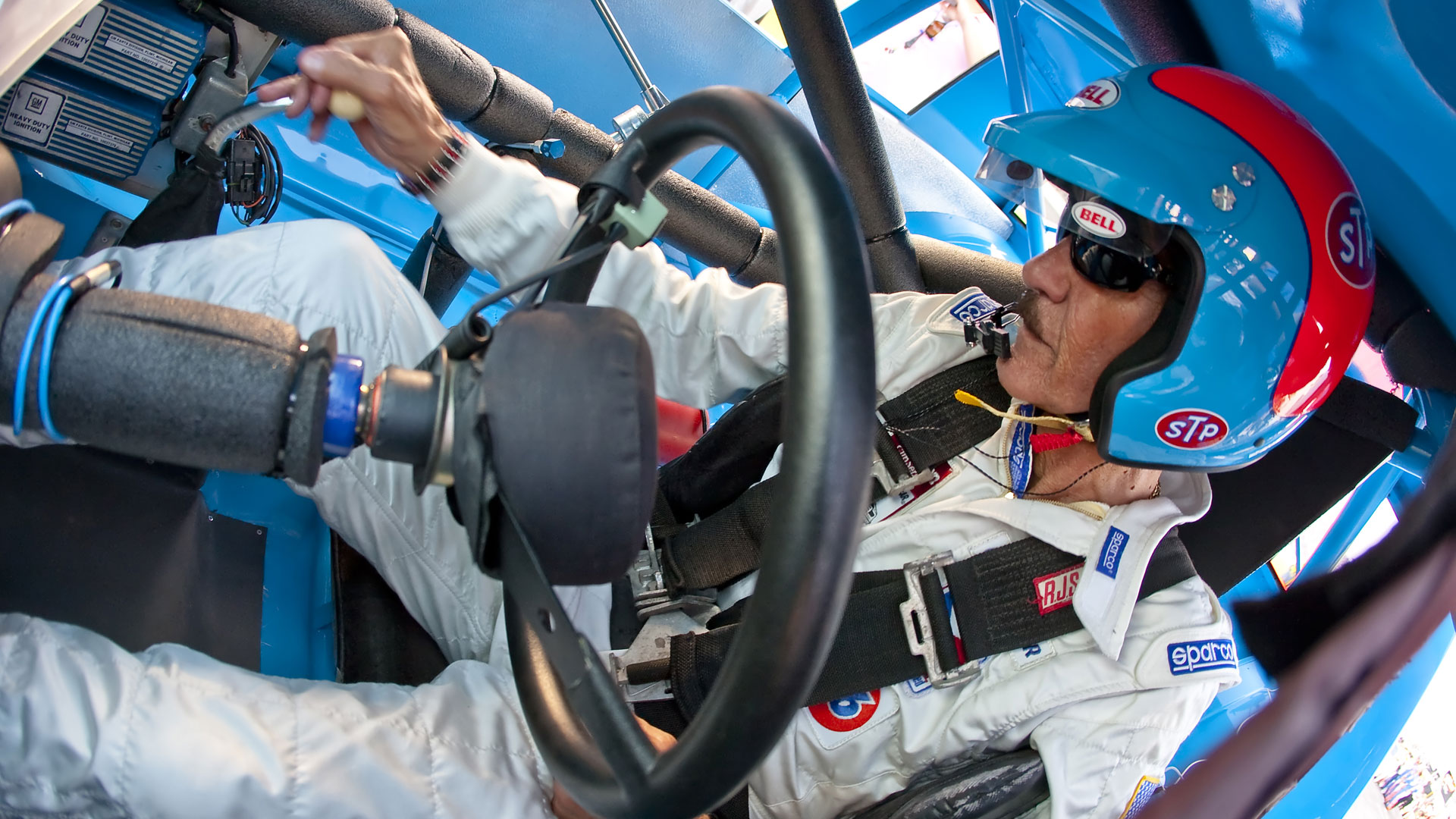 Richard Petty – known as The King – won a record 200 NASCAR races and was the first driver to win the NASCAR Cup Championship seven times. His father was Lee Petty, one of the first NASCAR superstars, while his son Kyle was another competitor in the race series. Sadly, his grandson Adam died on the track in 2000. 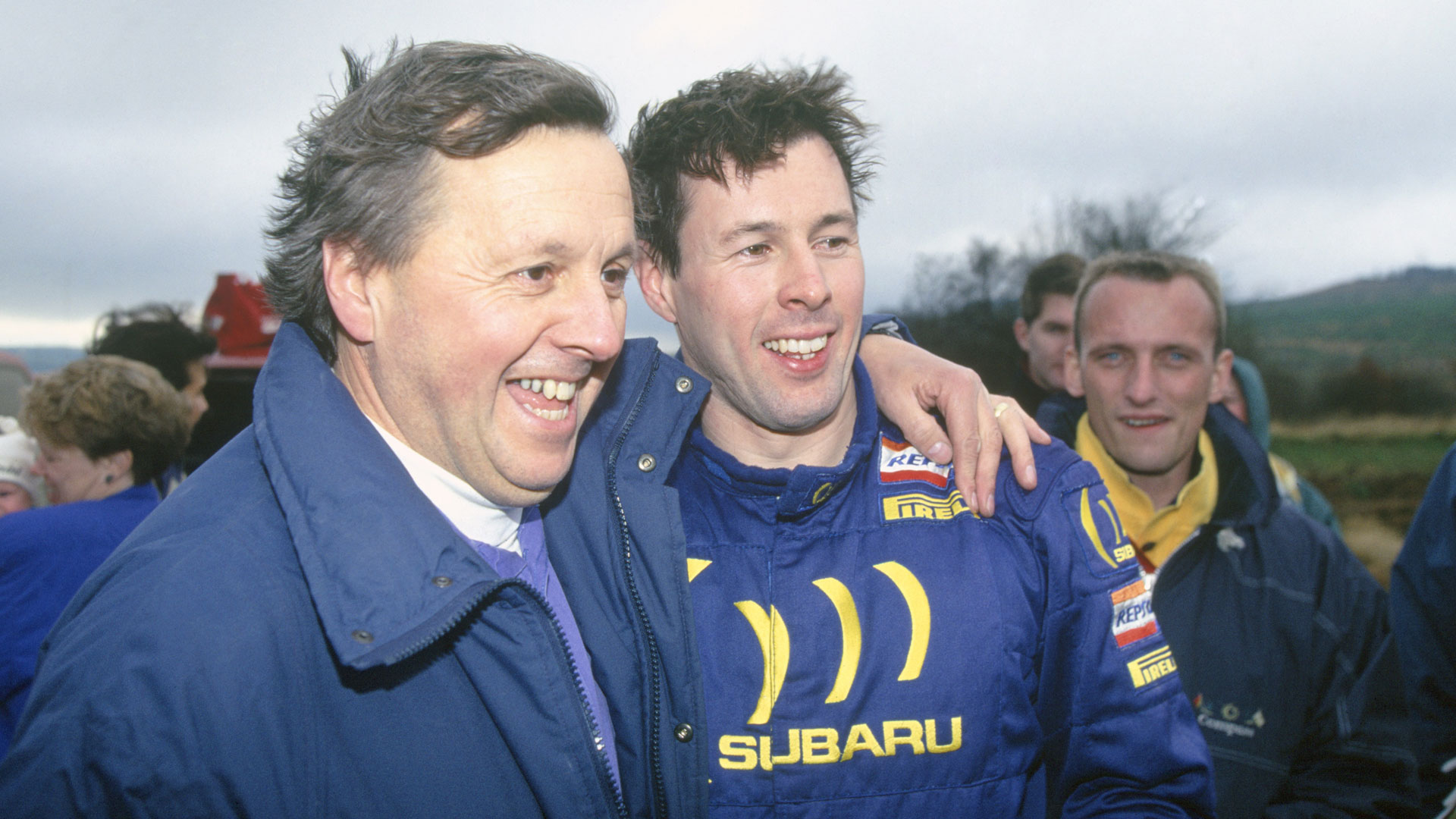 Jimmy McRae enjoyed a hugely successful career in motorsport, winning the British Rally Championship on five occasions and having seven Circuit of Ireland wins to his name. Thanks to a certain video game – not to mention a WRC title in 1995 – his late son Colin is perhaps the most famous McRae, while Alister has 78 rally wins to his name. 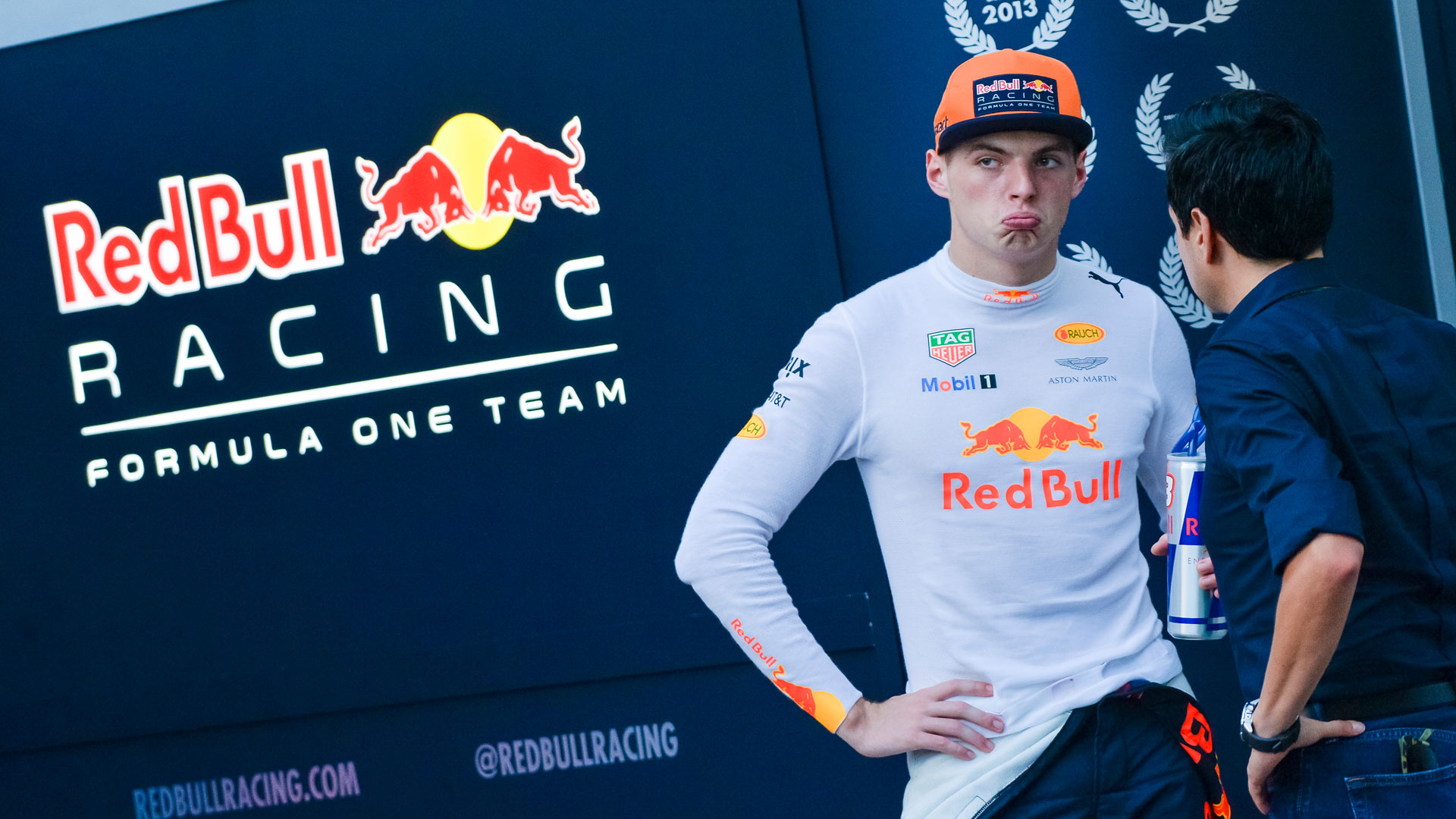 Dutchman Jos Verstappen made his F1 debut in 1994 before bowing out in 2003. He also has a Le Mans 24 Hours class win under his belt, along with three German Formula Three titles. In 2015, his son became the youngest driver to compete in Formula One when he drove for Red Bull Racing. At the age of 21, Max has claimed eight victories so far. 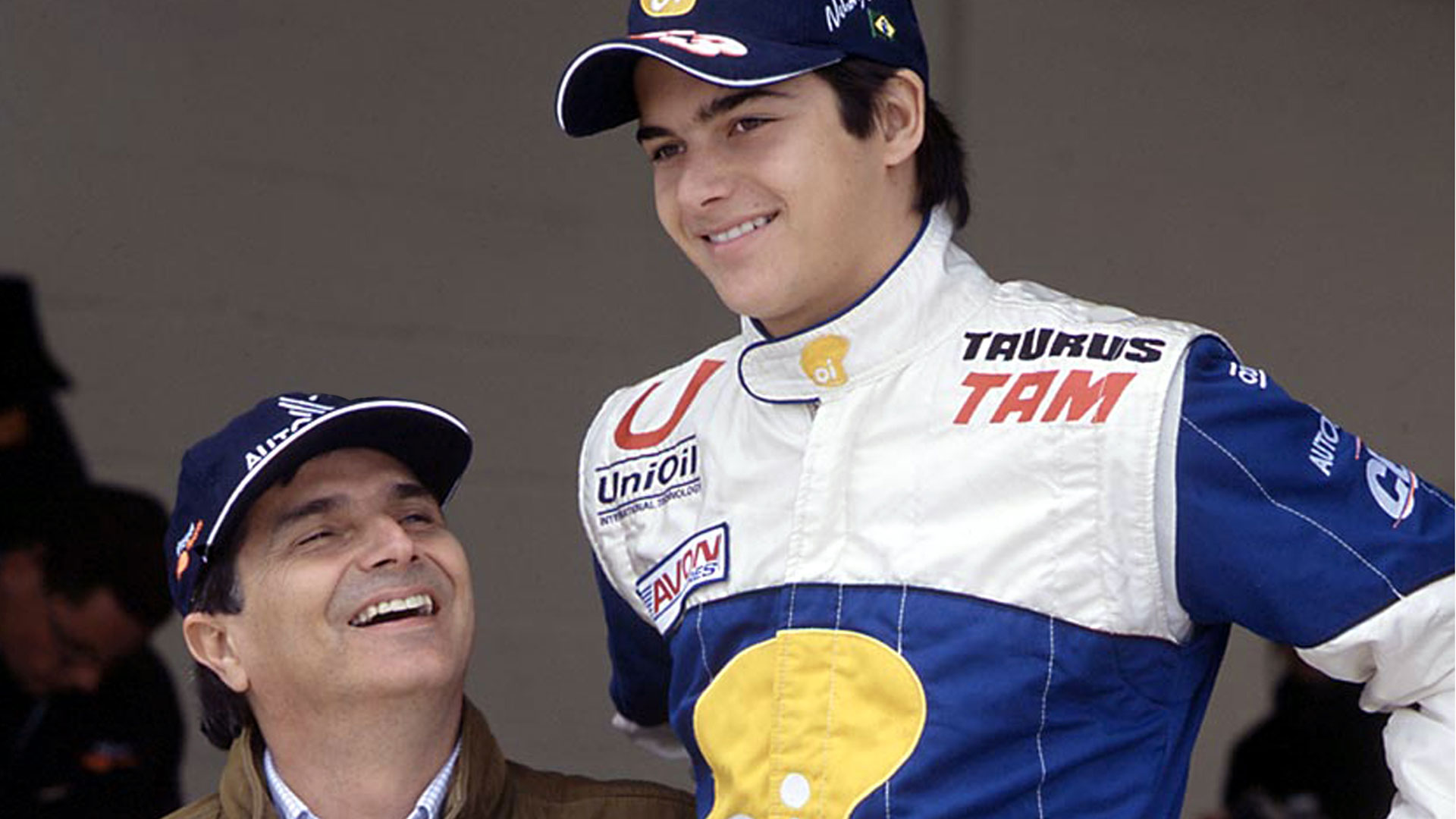 Brazilian Nelson Piquet made his Formula One debut in 1978 and won three World Championships. After leaving F1 he entered the Indy 500, before a big crash effectively ended his career. His son Nelson Piquet Jr. is a former F1 and Formula E driver, while Pedro has two Brazilian Formula 3 titles. 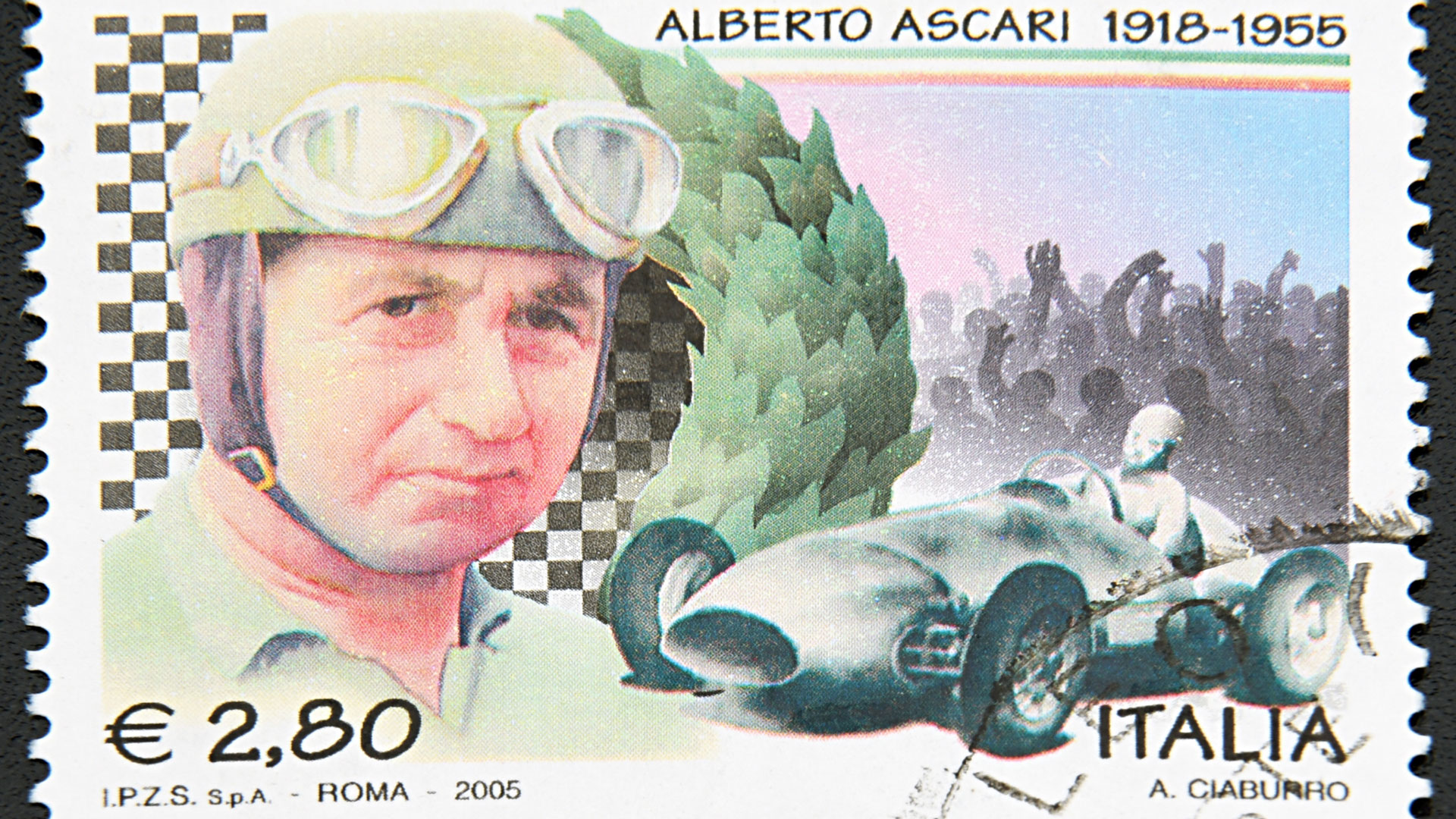 Antonio Ascari raced in the first Targa Florio and was the winner of the first Belgian Grand Prix. He died in 1925, following a crash at the French Grand Prix, leaving behind his son Alberto. Then aged seven, Alberto went on to win two Formula One World Championships, before he died at Monza in 1955.