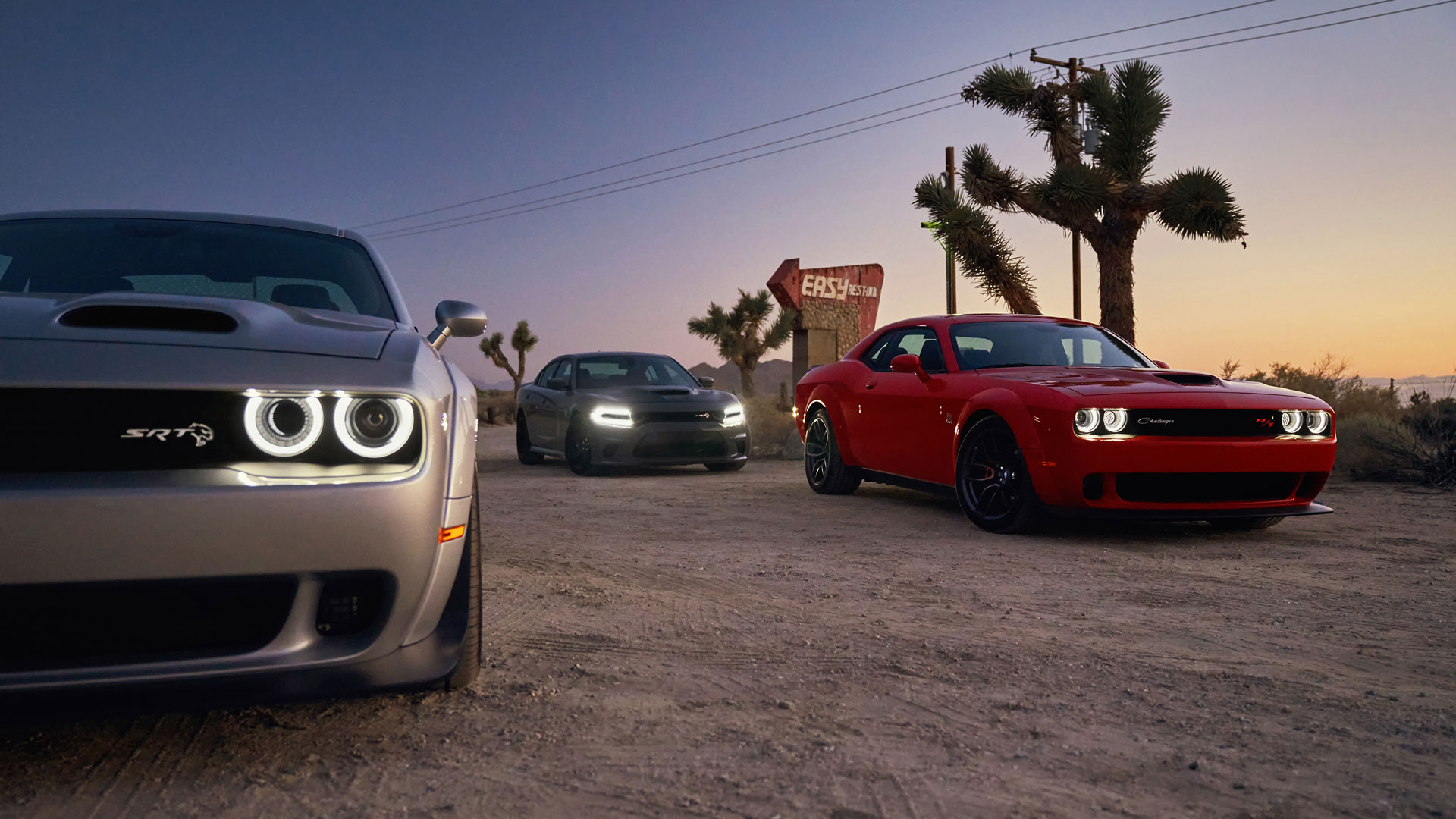 With over 800 million Instagram users, it’s easy to see why car manufacturers value the social platform for marketing and engagement. But which brands are doing their best to win followers amongst the memes and celebrities on Instagram? We’ve crunched the numbers and, at the time of publishing, these are the top 28 in ascending order. 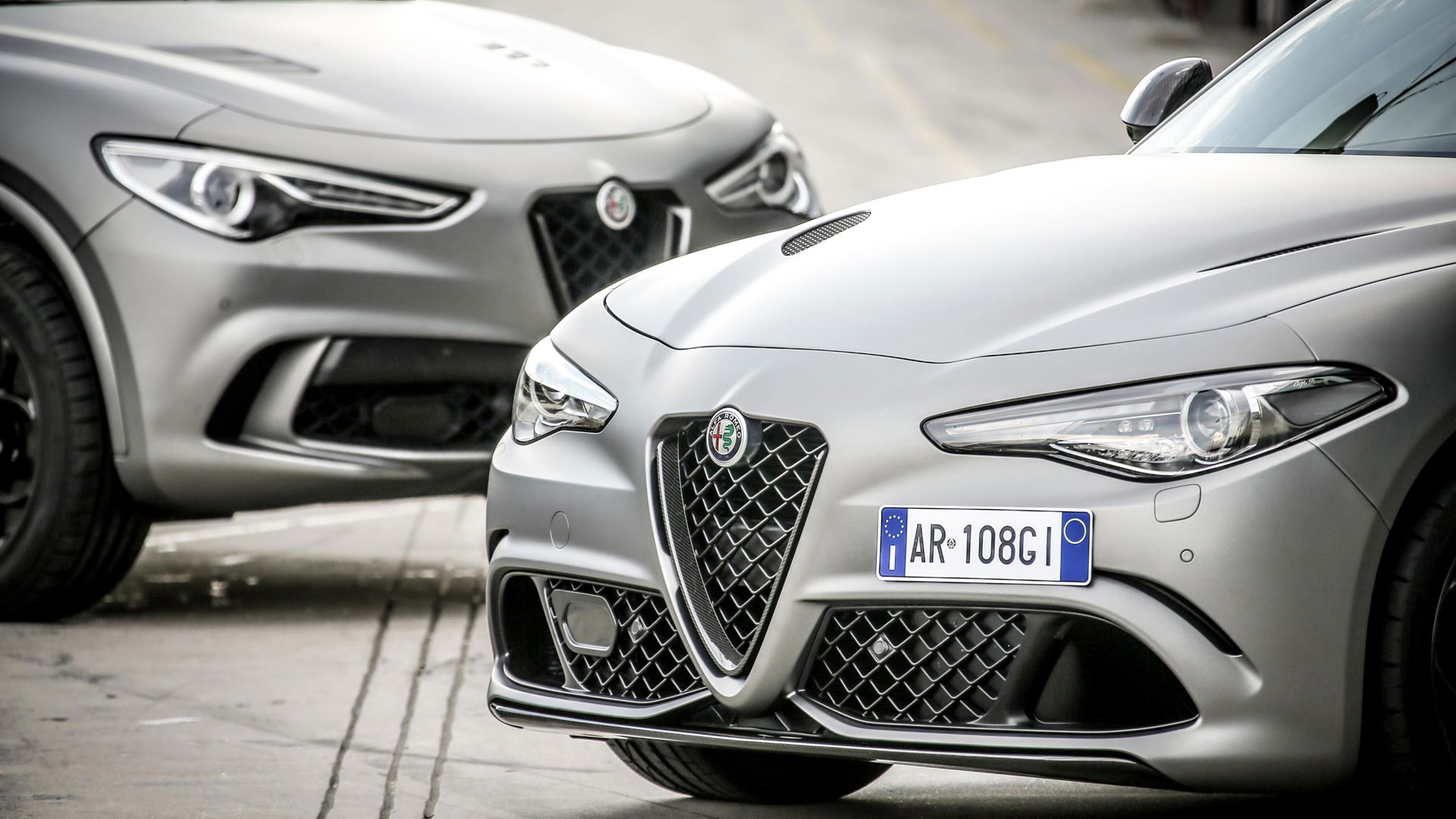 According to the old adage, you’re not a true petrolhead until you’ve owned an Alfa Romeo. Today, following Alfa on Instagram might not be enough to earn you a petrolhead badge, but it’s a good starting point. As you’d expect, the feed is a blend of Alfas old and new, along with annoyingly good looking people staring into the middle distance. 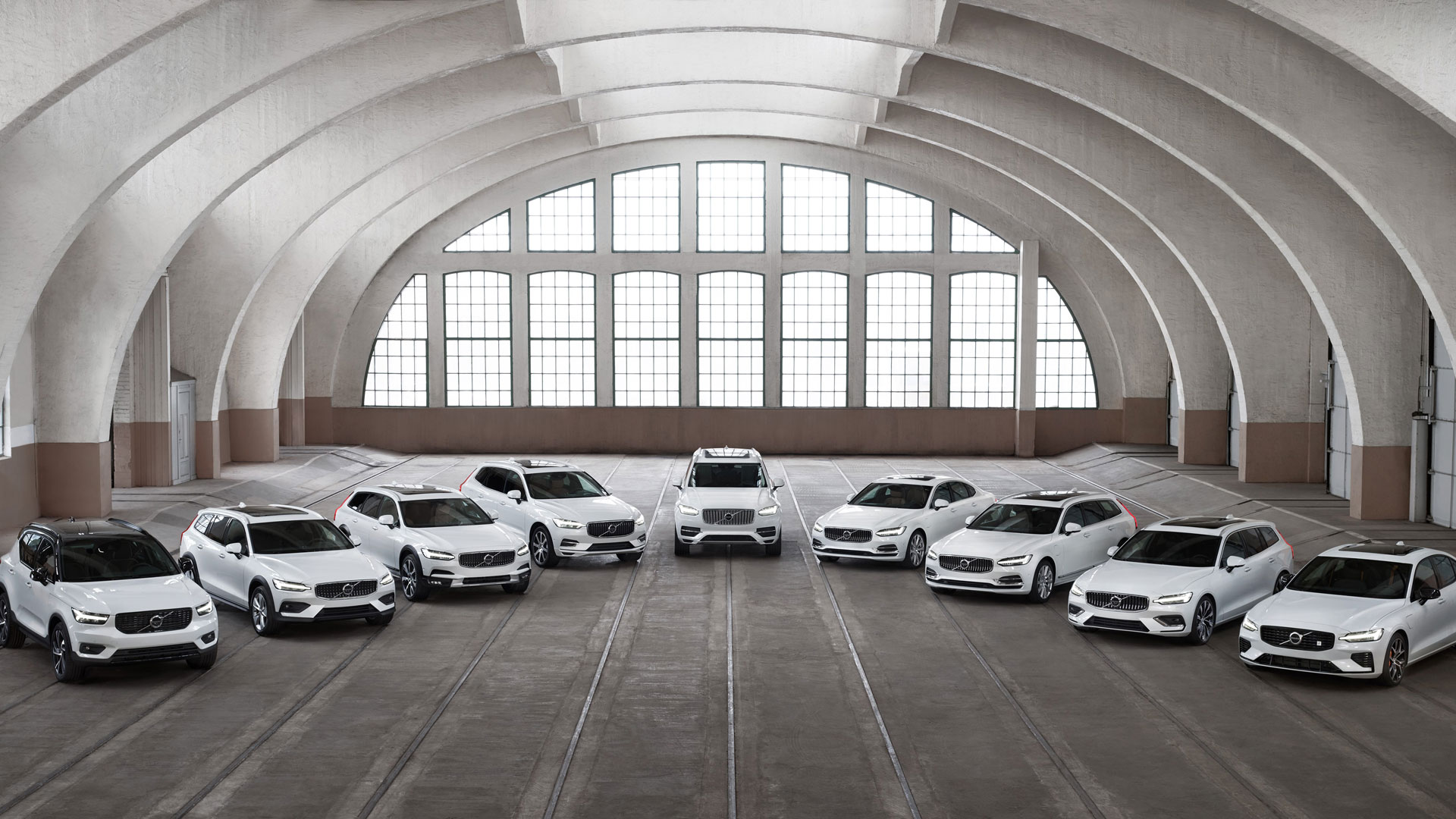 Volvo’s Instagram feed couldn’t be more Scandinavian if it changed its name to Bjorn, wrapped itself in a hygge sweater and disappeared to a log cabin for a weekend of playing board games and drinking hot chocolate in front of a log fire. The photos have a moody Scandi-noir vibe, with the occasional classic car chucked in for good measure. The humble Volvo 440 received 22,500 likes and 306 comments. 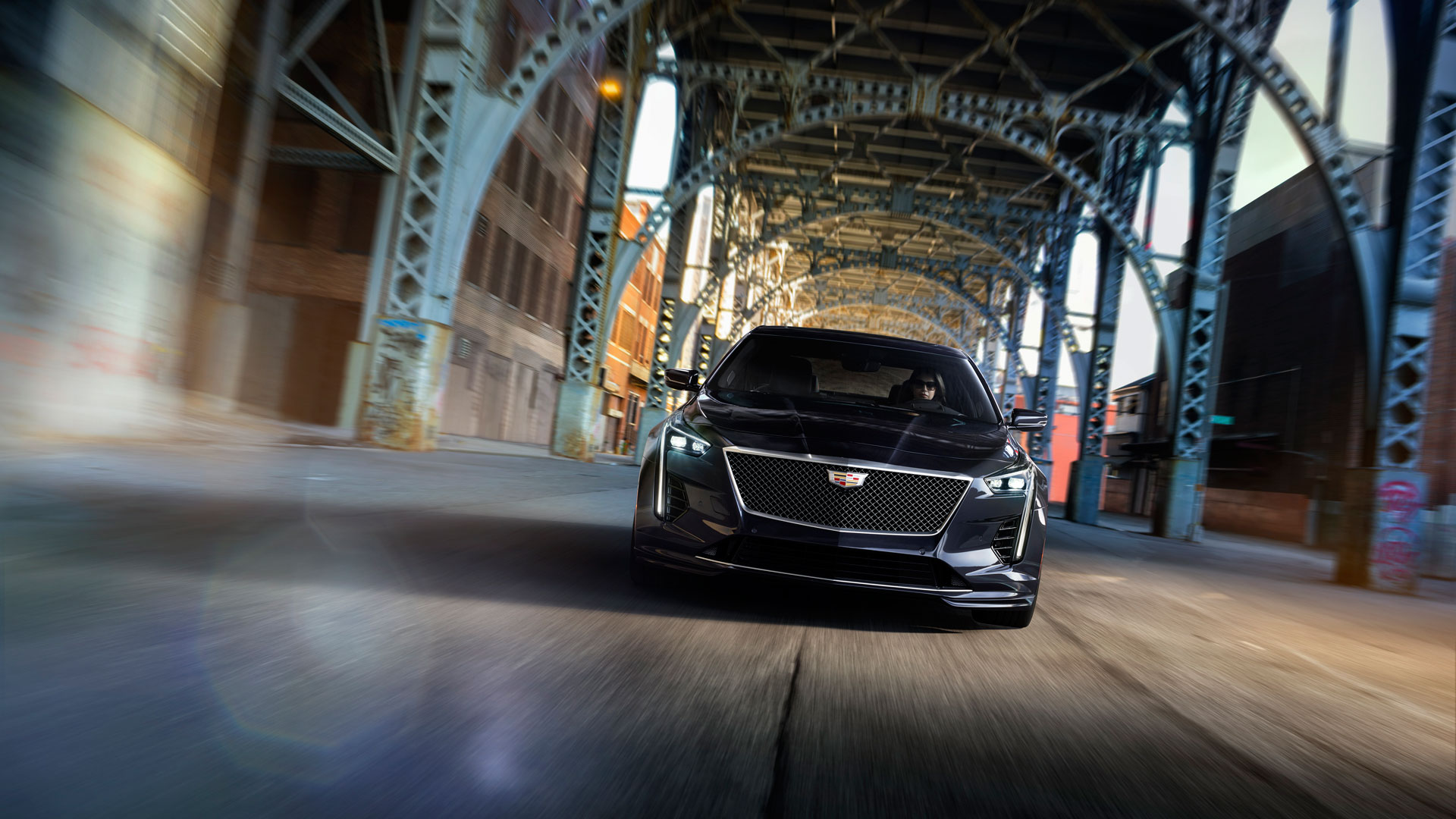 Cadillac’s feed is filled with SUVs and crossovers, peppered with the occasional gem from yesteryear. Scroll back to July 2018 and you’ll find images of the stunning Cyclone concept car of 1959, complete with jet age styling and a bubble-top canopy. 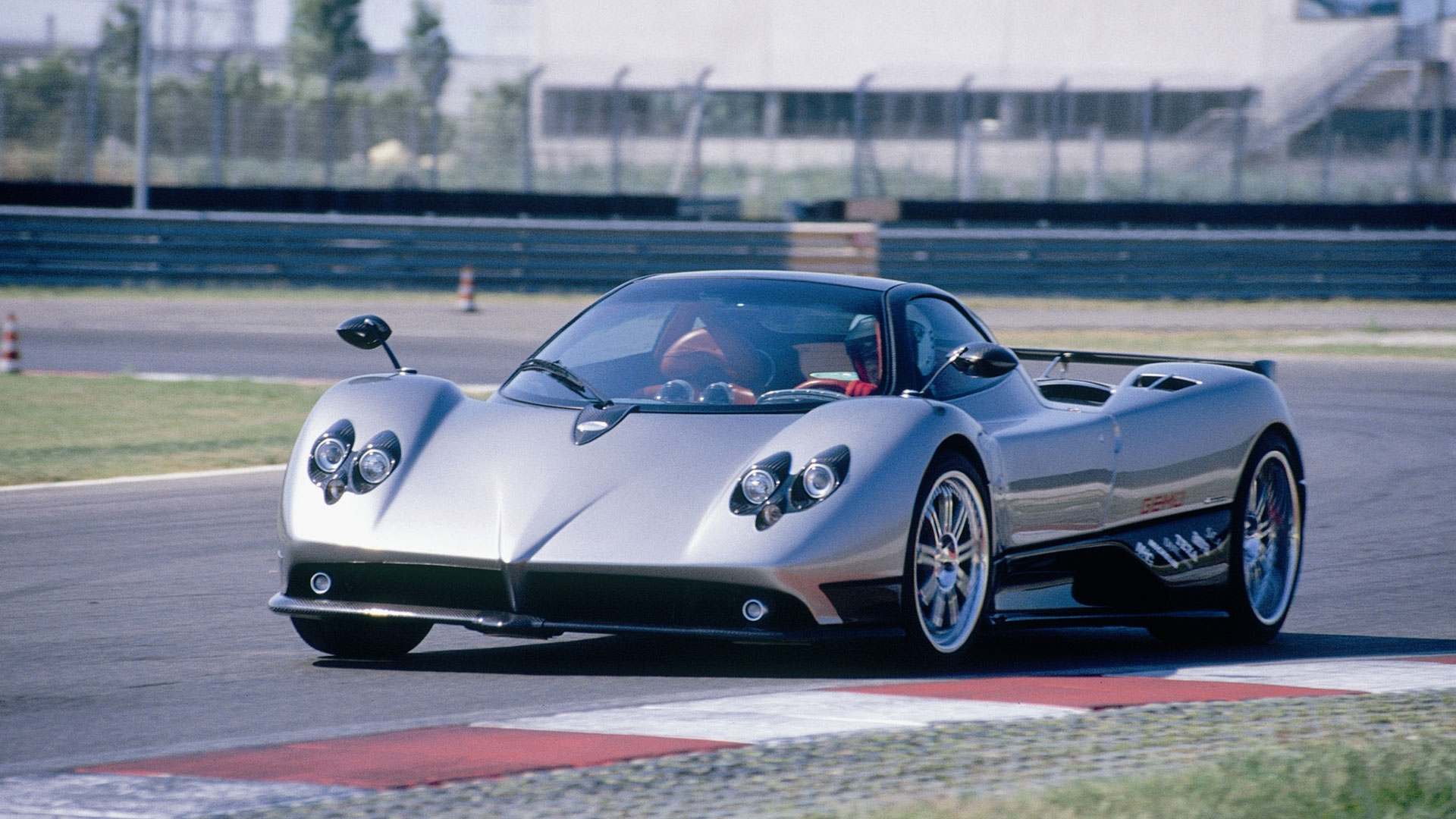 Who could really say no to the idea of an exotic Italian supercar, pictured against a stunning backdrop? As such, Pagani seems a natural fit for a social media channel that centres on the aesthetically pleasing, so its inclusion on this list shouldn’t be a surprise. The Huayra Roadster steals a lot of the limelight, but epic road trips have provided video snapshots, too. You’ll need to be a real fan of carbon fibre though. 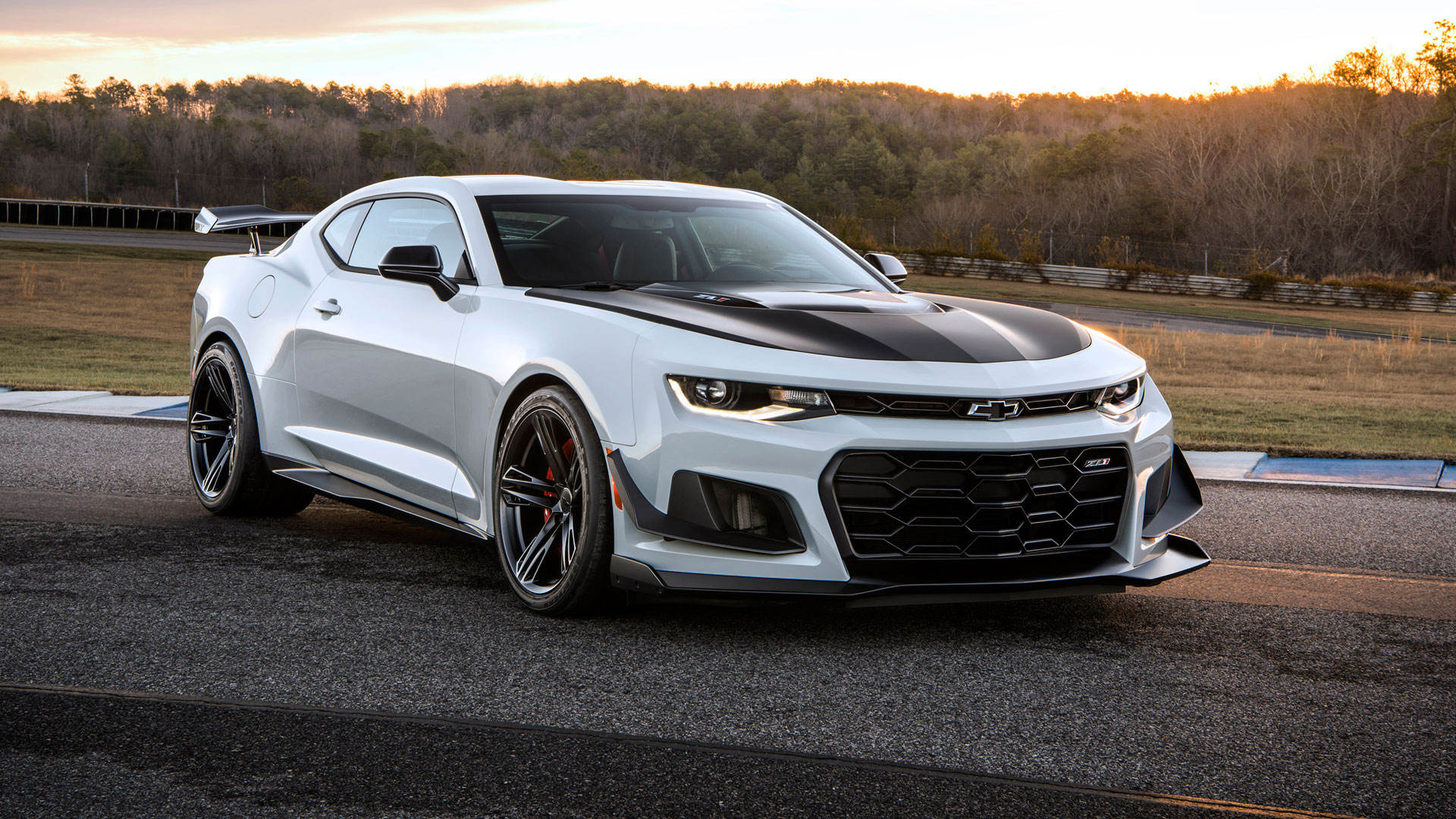 It might be one of the biggest car brands in the USA, but the bowtie-wearing Chevrolet loses out on Instagram followers to other American companies. It is, at least, the most-followed of all General Motors manufacturers, beating Cadillac and Buick. However, Chevrolet’s feed is more business, less fun, with slick and polished press office photography the order of the day. Corvettes, Camaros and the Silverado garner the most likes, while the Spark city car gets a less favourable reception. 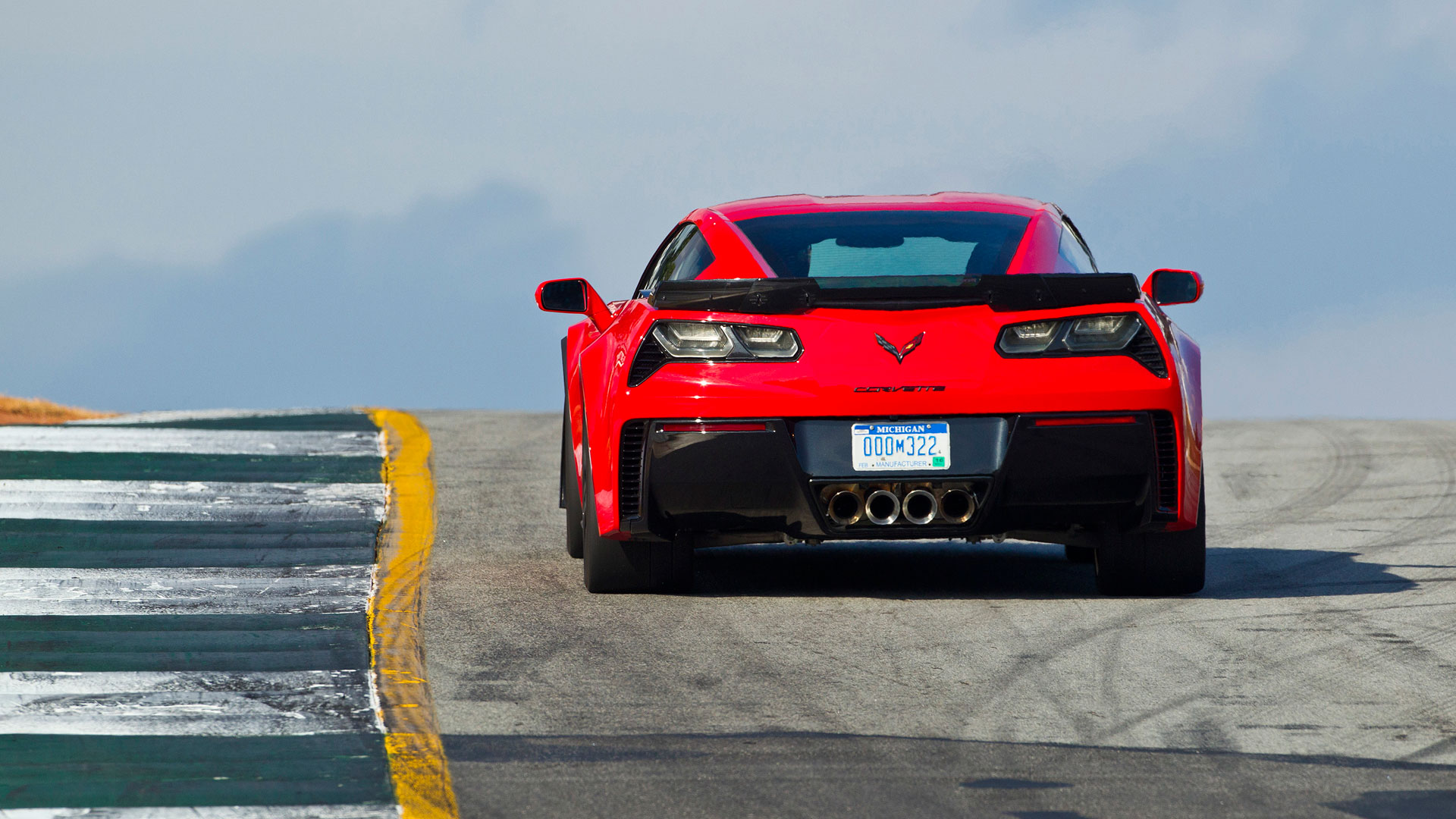 When the sub-brand upstages the mother brand. Corvette has 200,000 more followers than Chevrolet, despite posting half as many updates as its parent. While this is unusual in the automotive world, it’s more common in other forms of life. For example, Cristiano Ronaldo has a staggering 153 million followers on Instagram, while his club, Juventus, has ‘just’ 21.9 million. 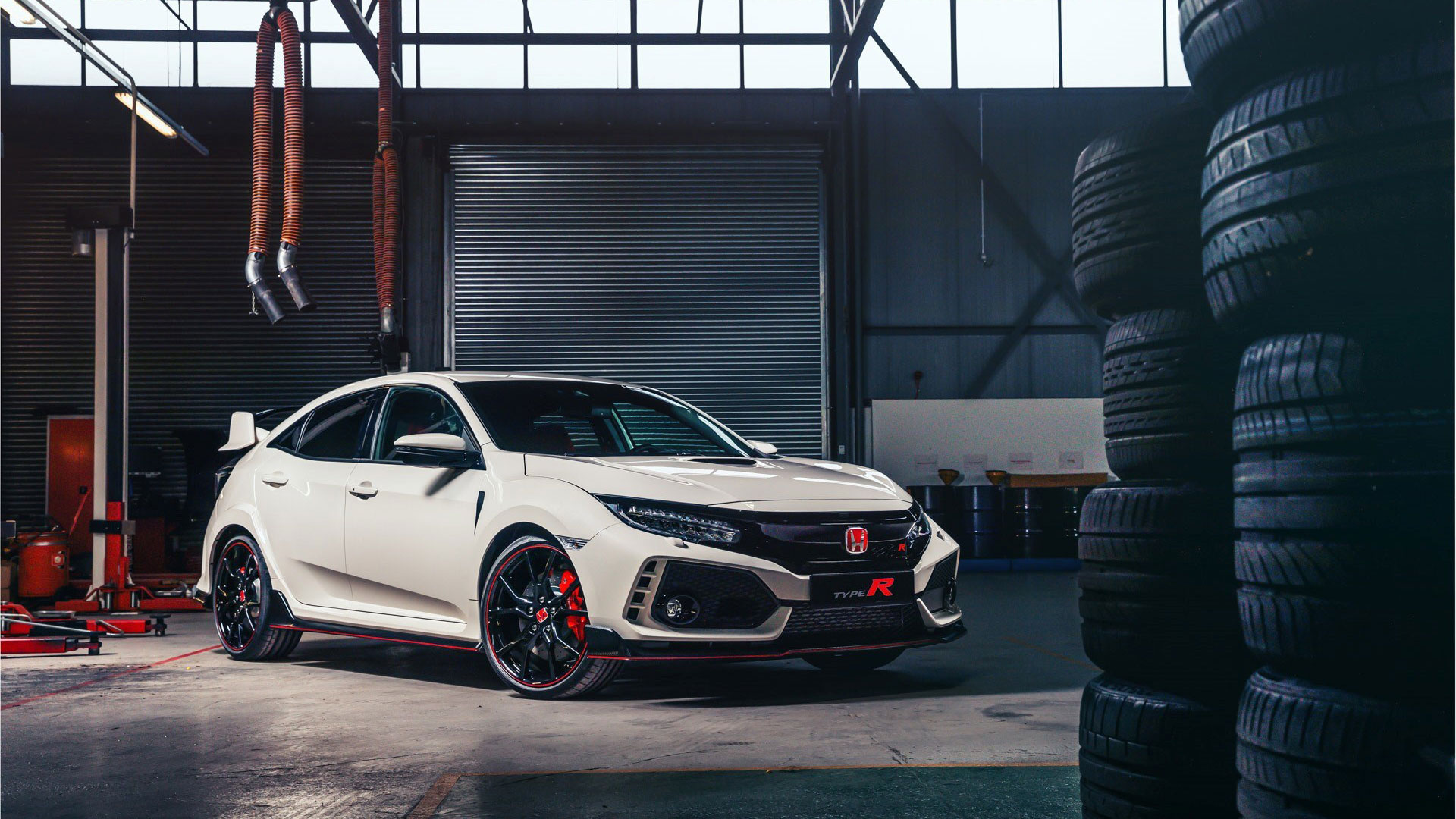 The Instagram account for Honda USA is predominantly corporate, majoring on official press images and marketing videos. Being American-orientated, images abound of US products like the Passport SUV, although the new CR-V makes regular appearances, too. For comparison, the Honda UK account boasts just 40,000 followers, while Honda Japan has 64,000. 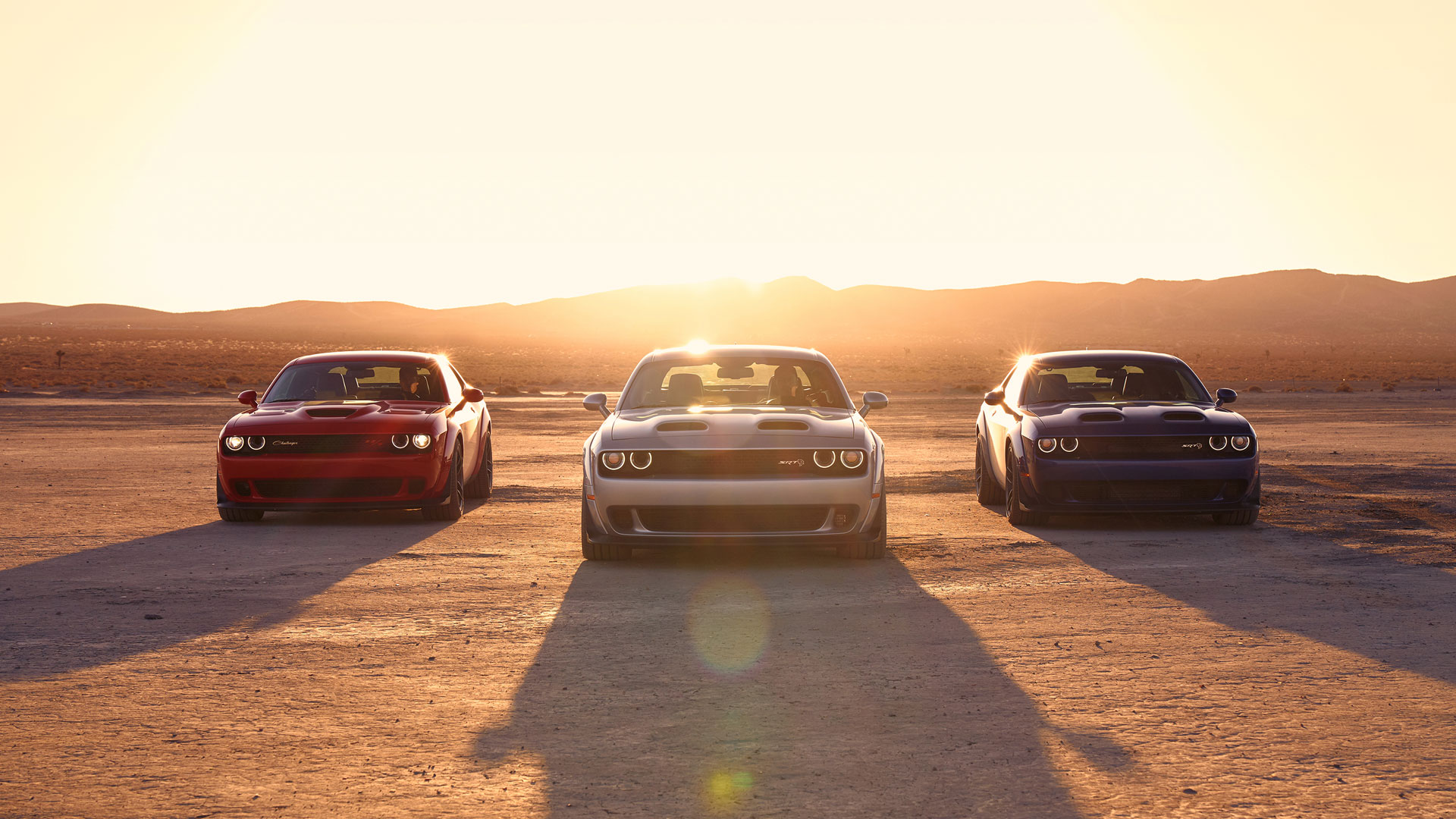 With a current image built almost entirely on muscle cars, you can guarantee a plentiful supply of Chargers, Challengers and Vipers on the official Dodge Instagram feed. Mixing Dodge’s own photography with user-submitted content strikes a balance between being engaging, but also on-message. If you get bored of seeing Challenger Hellcats doing smokey burnouts, you can count on retro Mopar images to break things up. 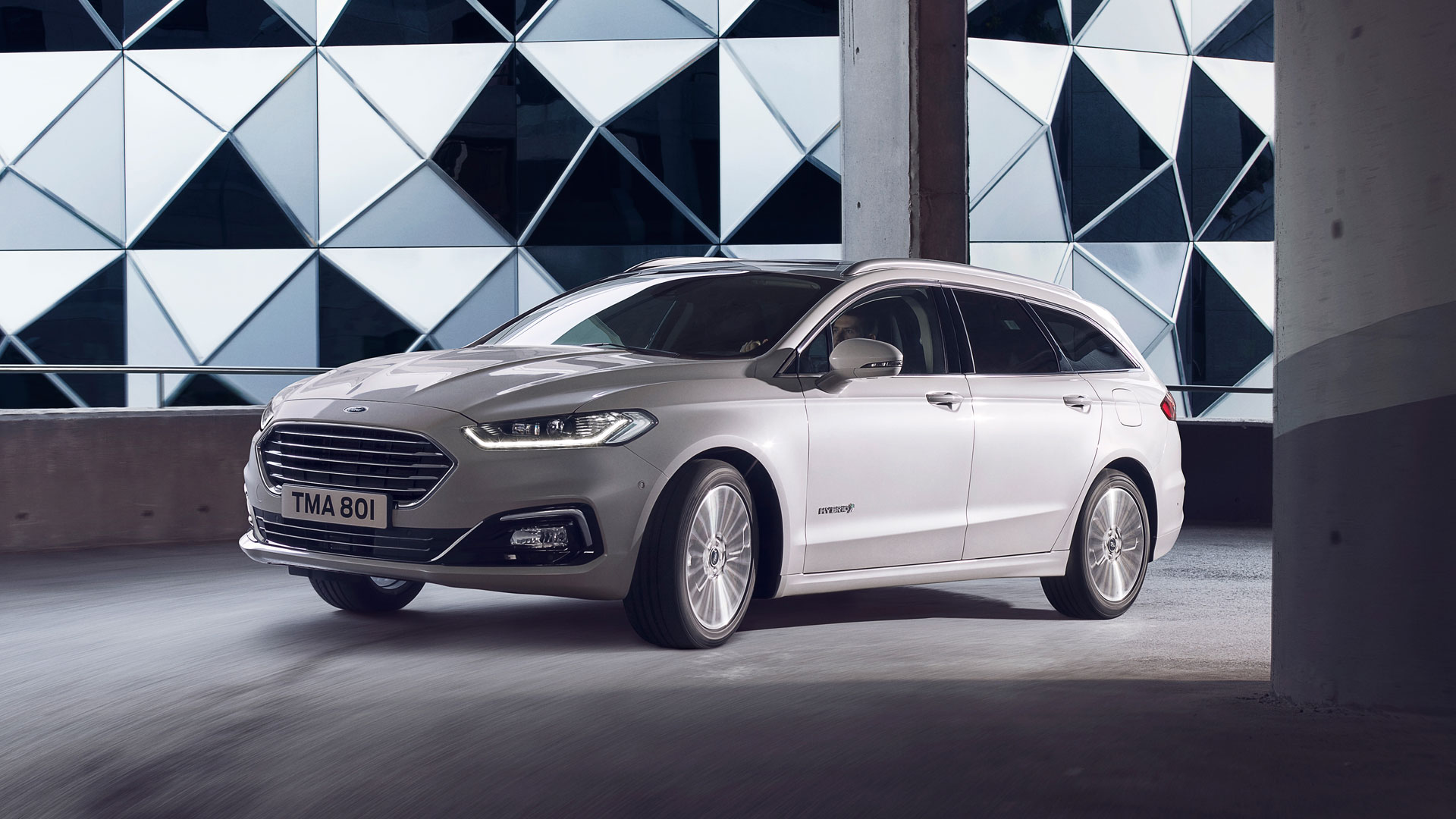 No prizes for predicting that the Mustang makes a significant contribution to the images on the Blue Oval’s feed. From the new Mustang, all the way back the original first-generation pony car, there is plenty of ‘Stang love here. As an American account, the F-150 pickup truck is prominently on display, but there are also pics of the Focus and Fiesta ST models. Ford’s UK Instagram profile has attracted a more modest 56,500 followers. 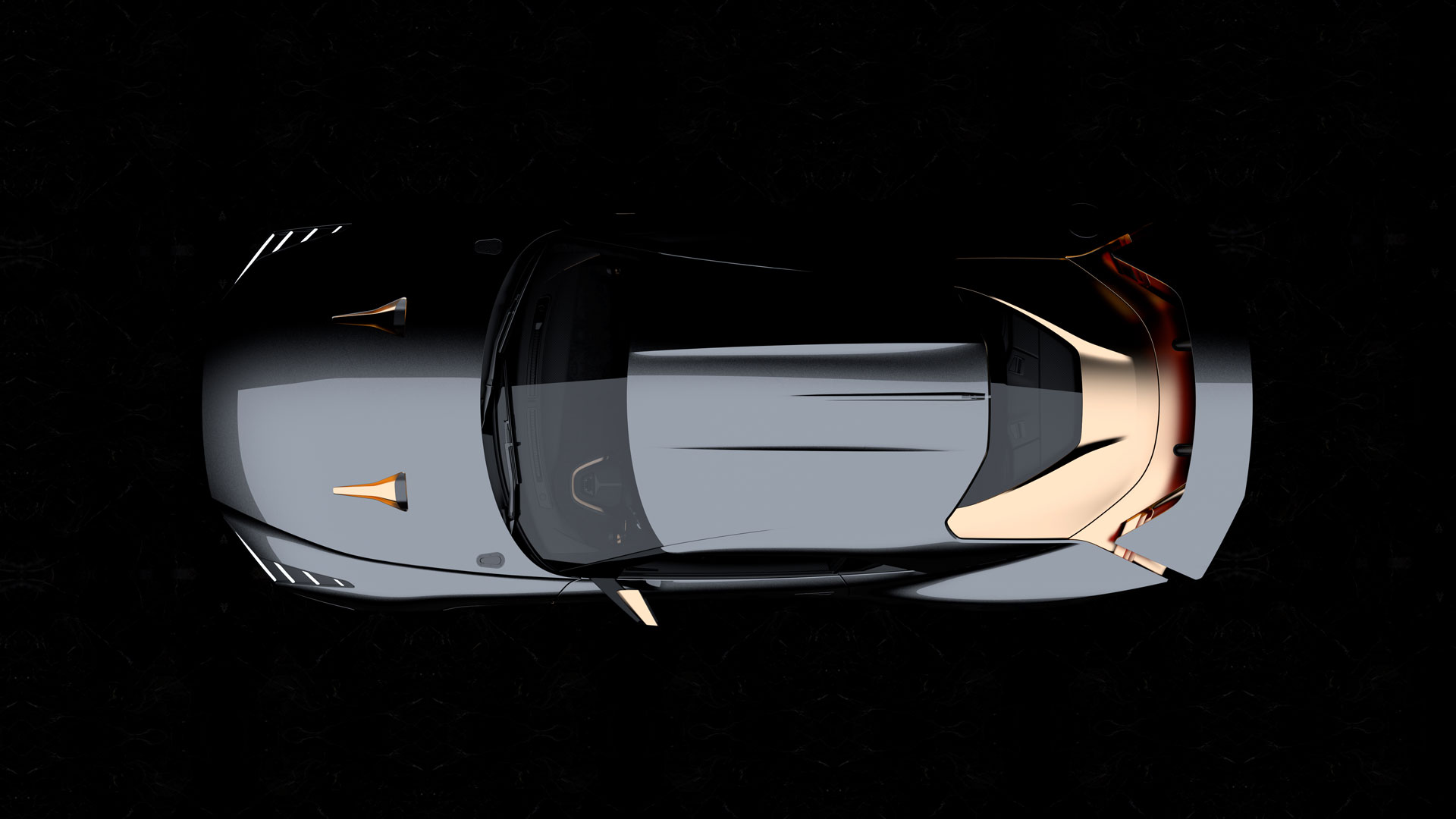 Nissan’s global Instagram page focusses on user-created content, encouraging submissions directly to them. It clearly works, with over 3.6m followers wanting to see what’s next. Predictably there is little evidence of more everyday Nissan products like the Micra or Qashqai here. It’s more about the GT-R and 370Z – especially if they’re heavily modified, and spitting flames from their exhausts – although retro Datsuns do also get a look in. 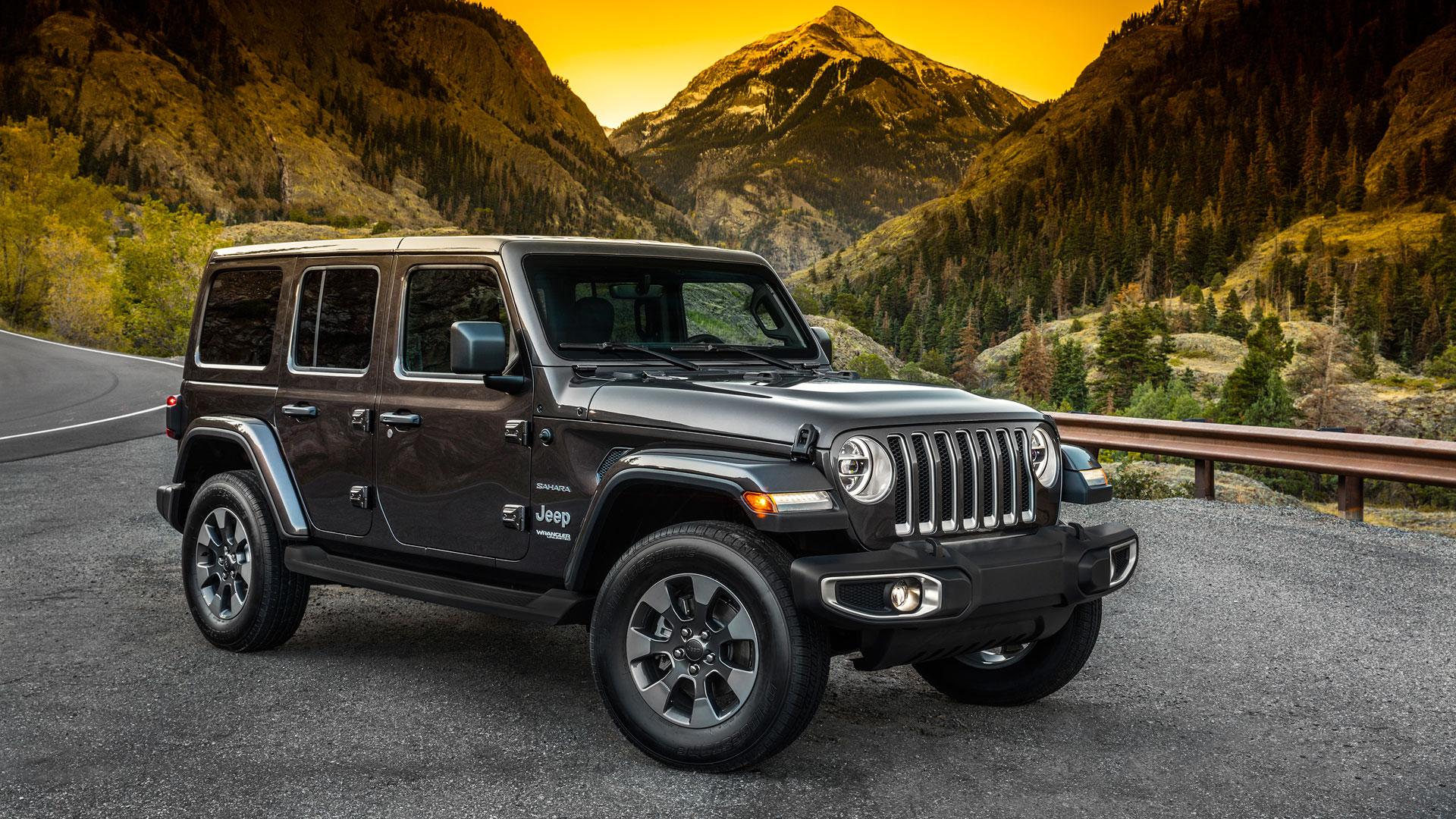 Jeep’s Instagram account has a heavy Wrangler bias, which is hardly surprising given its iconic status. Backdrops range from snow-capped mountains to vast desert plains, and it’s good to see the Grand Wagoneer making the occasional appearance. There’s plenty of user-generated content, with photos of dogs receiving the most likes. 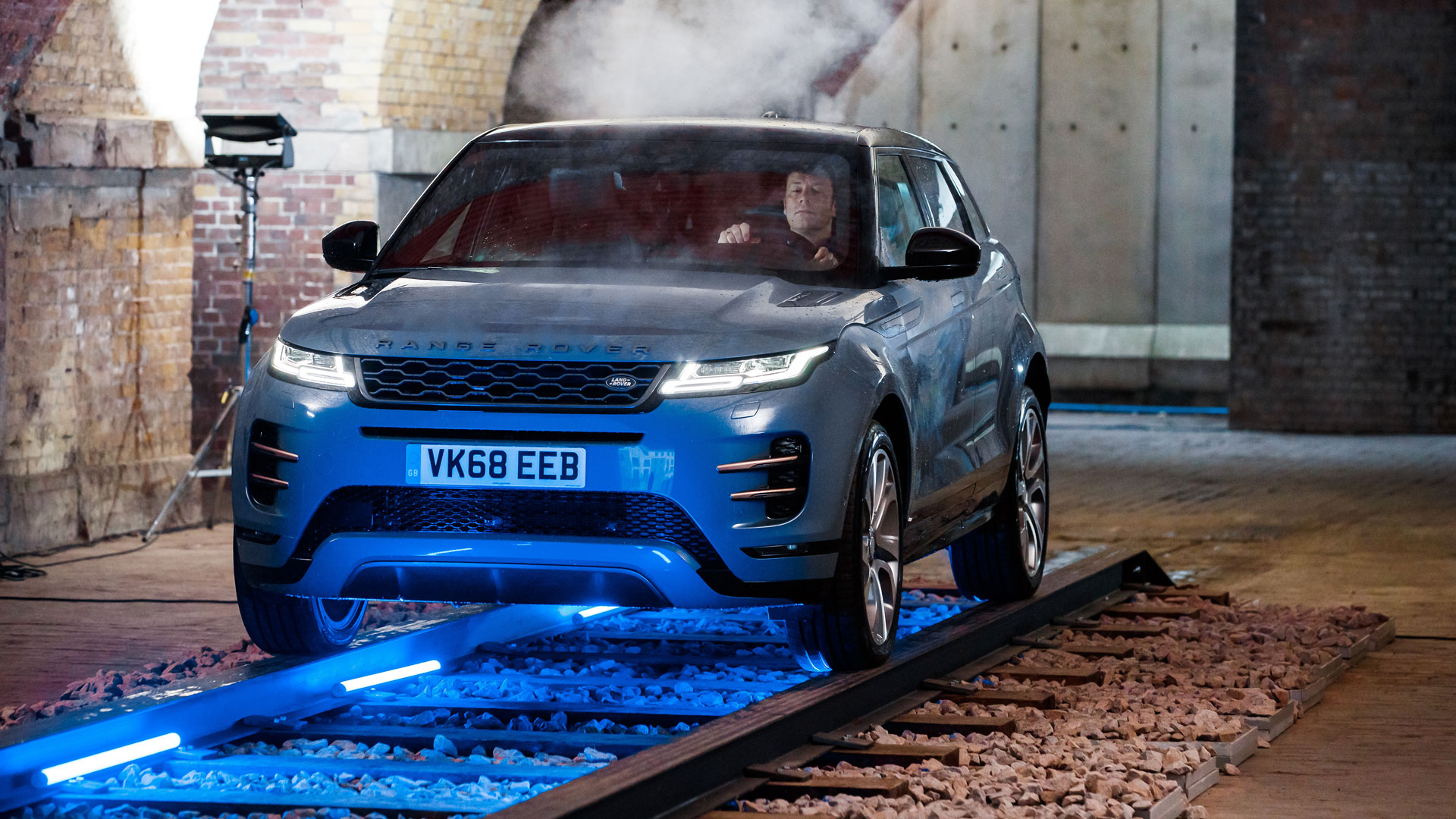 Glance quickly at the global Instagram page for Land Rover and you could be mistaken for thinking the company produces nothing but Range Rovers these days. From Evoque to Velar and Sport, the premium off-roader makes up the bulk of the content, meaning you’ll have to watch carefully to spot a Discovery or Defender making an appearance. Land Rover UK’s own Instagram page has 127,000 followers alone, and packs in the retro archive images to good effect. 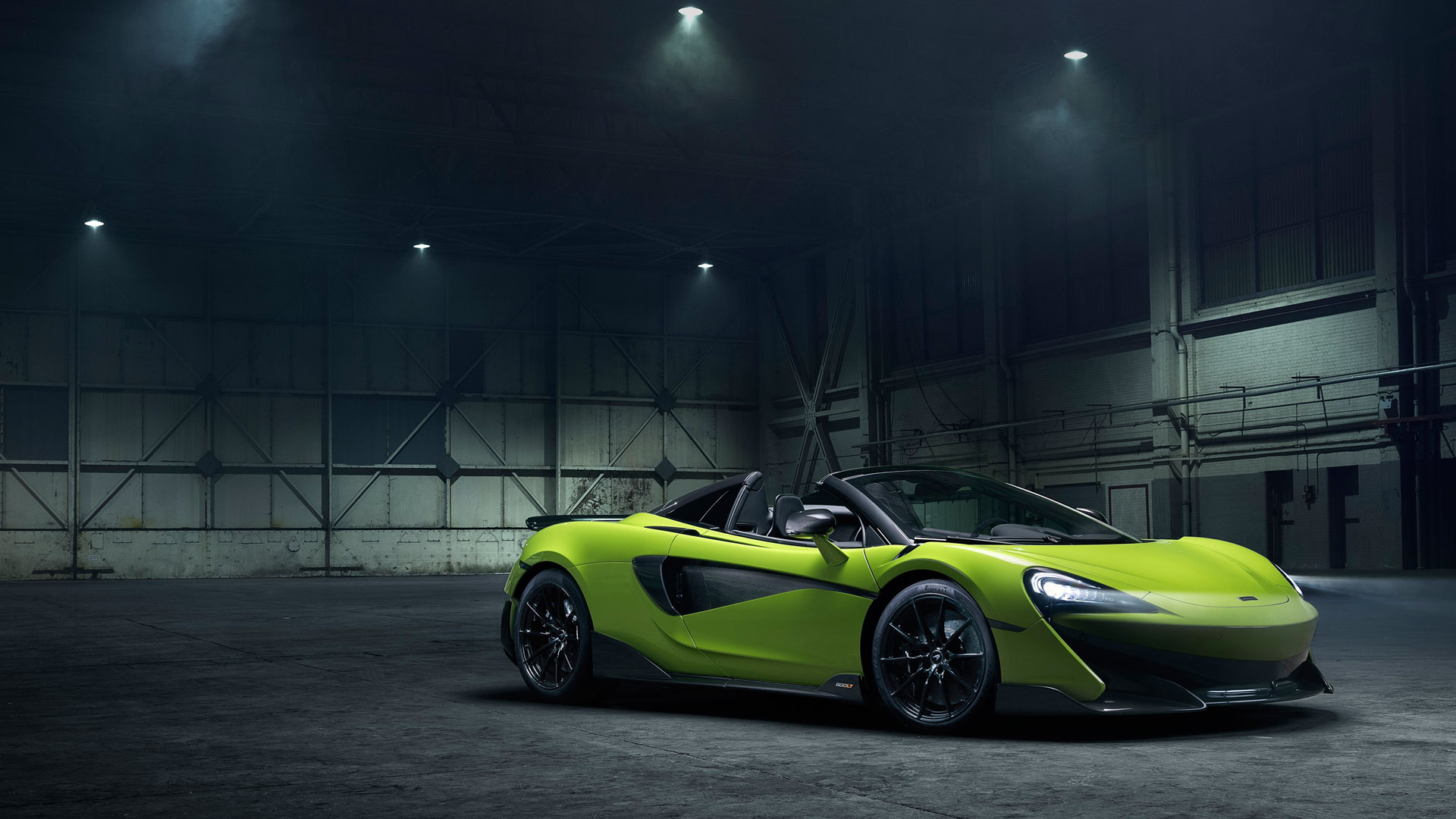 Boasting 1.7 million more followers than that of the McLaren F1 team, the Instagram account perhaps proves that supercars have even more appeal than Lando Norris and Carlos Sainz. With more posts in the first four days of February than Tesla has managed this year, you can be sure of a contribution from McLaren cropping up in your feed most days. The 720S accounts for many of the latest images, but there are also archive pictures like the P1 featured here. 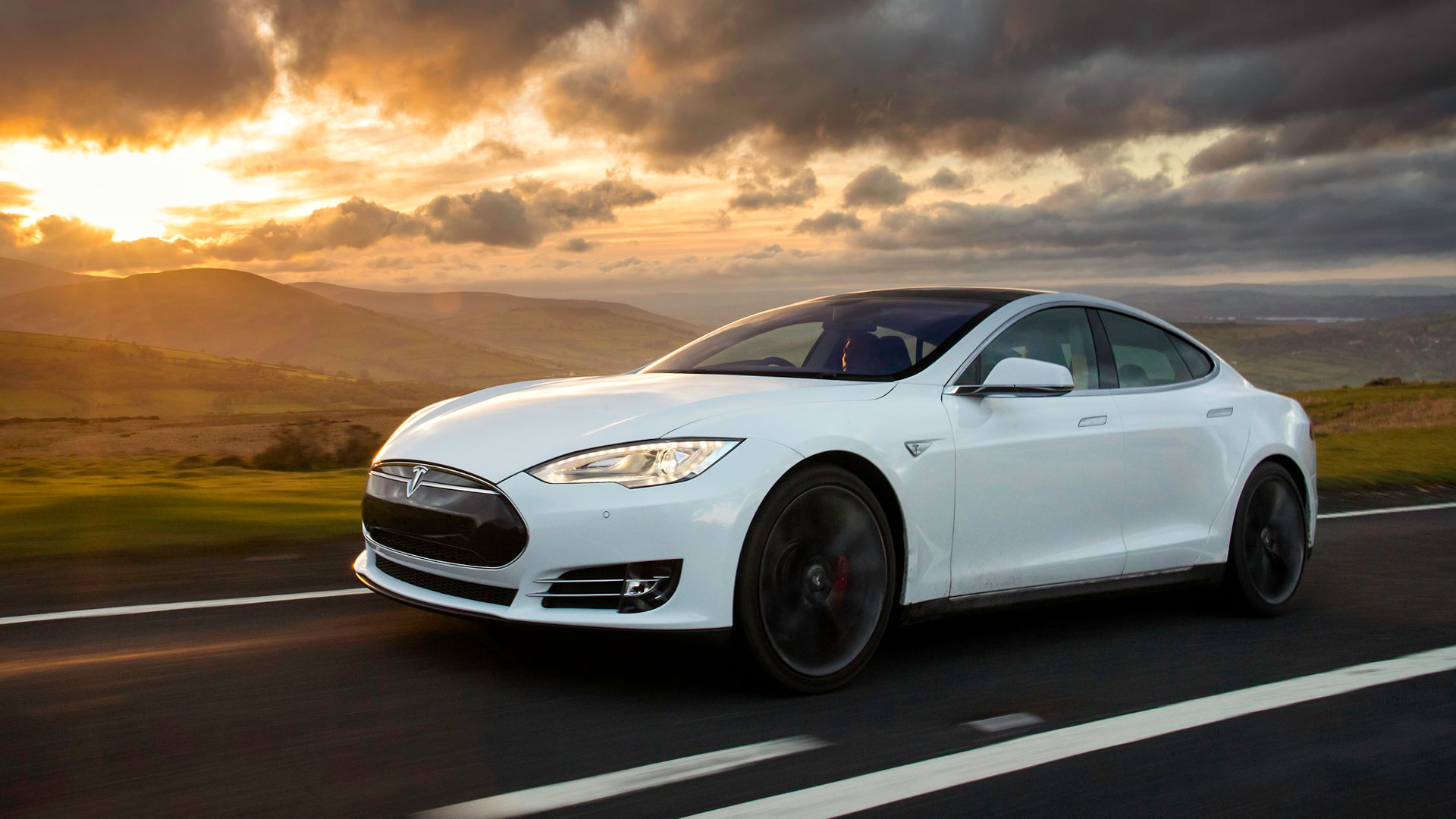 Despite having posted just a dozen updates since the beginning of this year, Tesla still proves to be a popular attraction on Instagram. Perhaps there is only so many times you can post pictures of the Model S and Model X, although the new Model 3 does offer some alternatives. Much to the dismay of his eight million followers, Elon Musk deleted his Instagram account in 2018. 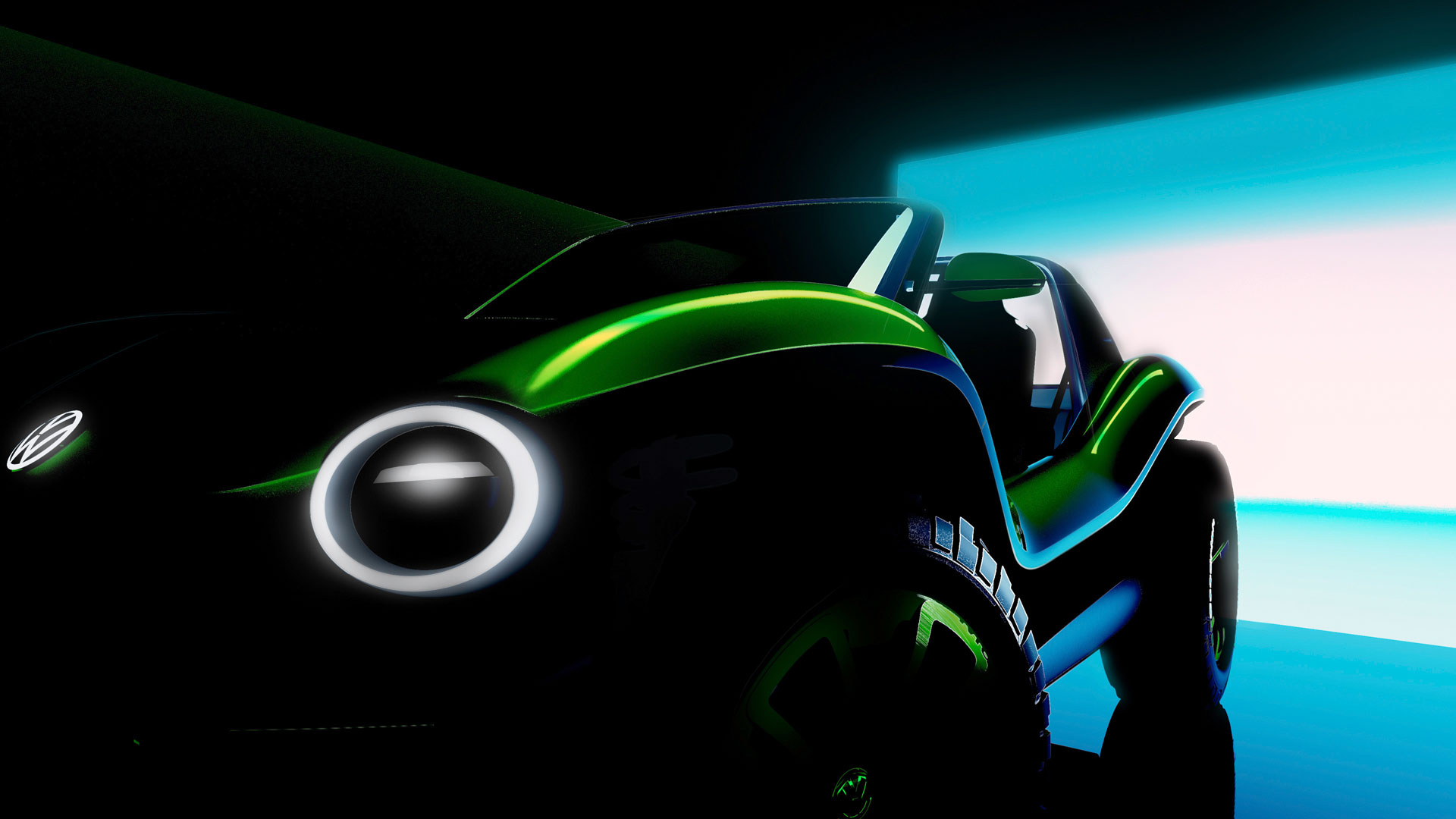 On the face of it, the Volkswagen account is a typical corporate affair, but the feed is interspersed with more lighthearted images. For example, hands-free parking is demonstrated with the help of a hamster emoji, while a cat in a Santa hat was on hand to showcase the benefits of a heated steering wheel. 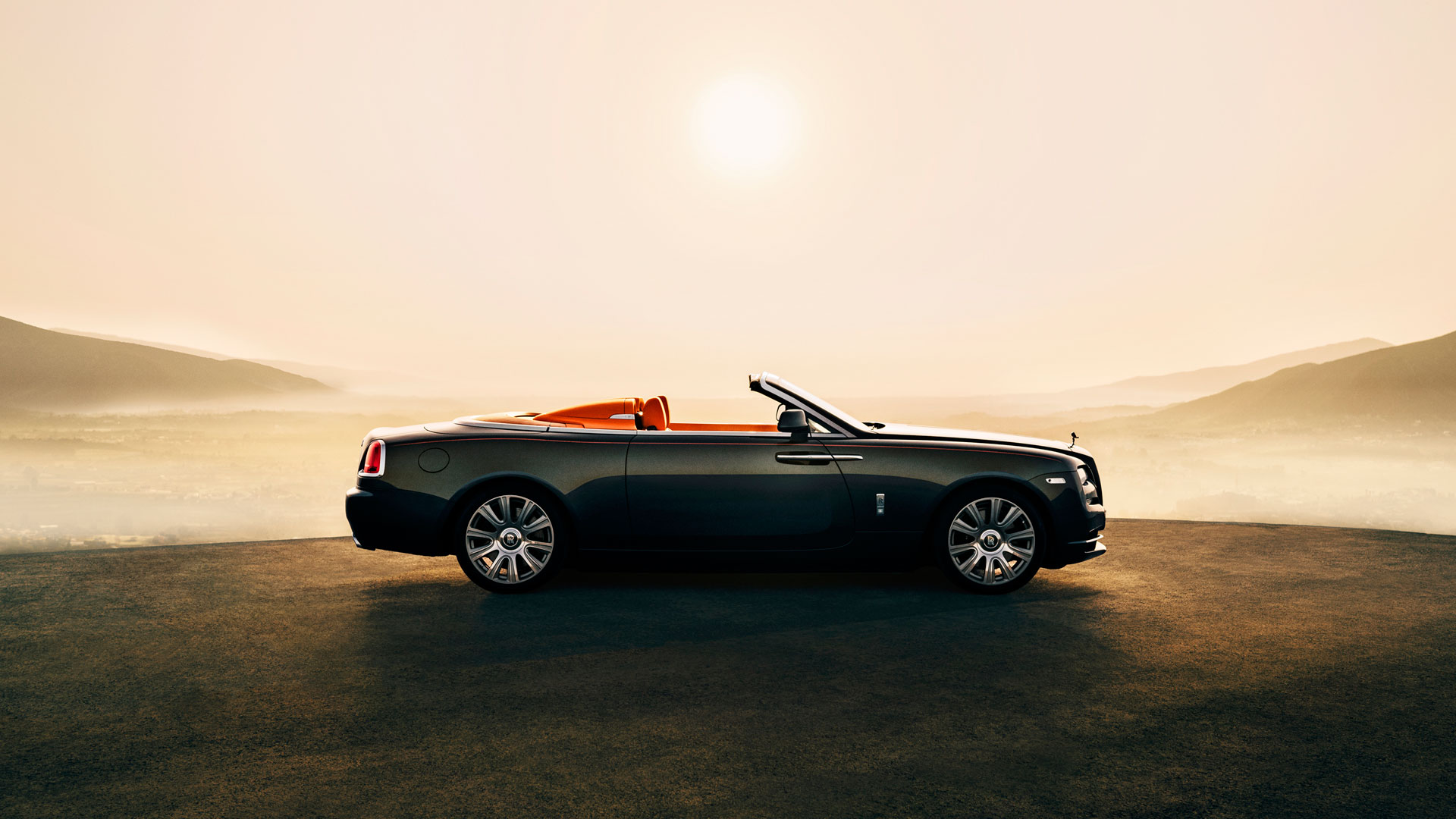 Just looking at the Rolls-Royce Instagram page feels expensive. Recent posts include the Faberge egg and images highlighting the company’s Bespoke programme, but it won’t be long before you find a series of Cullinan photos and videos. 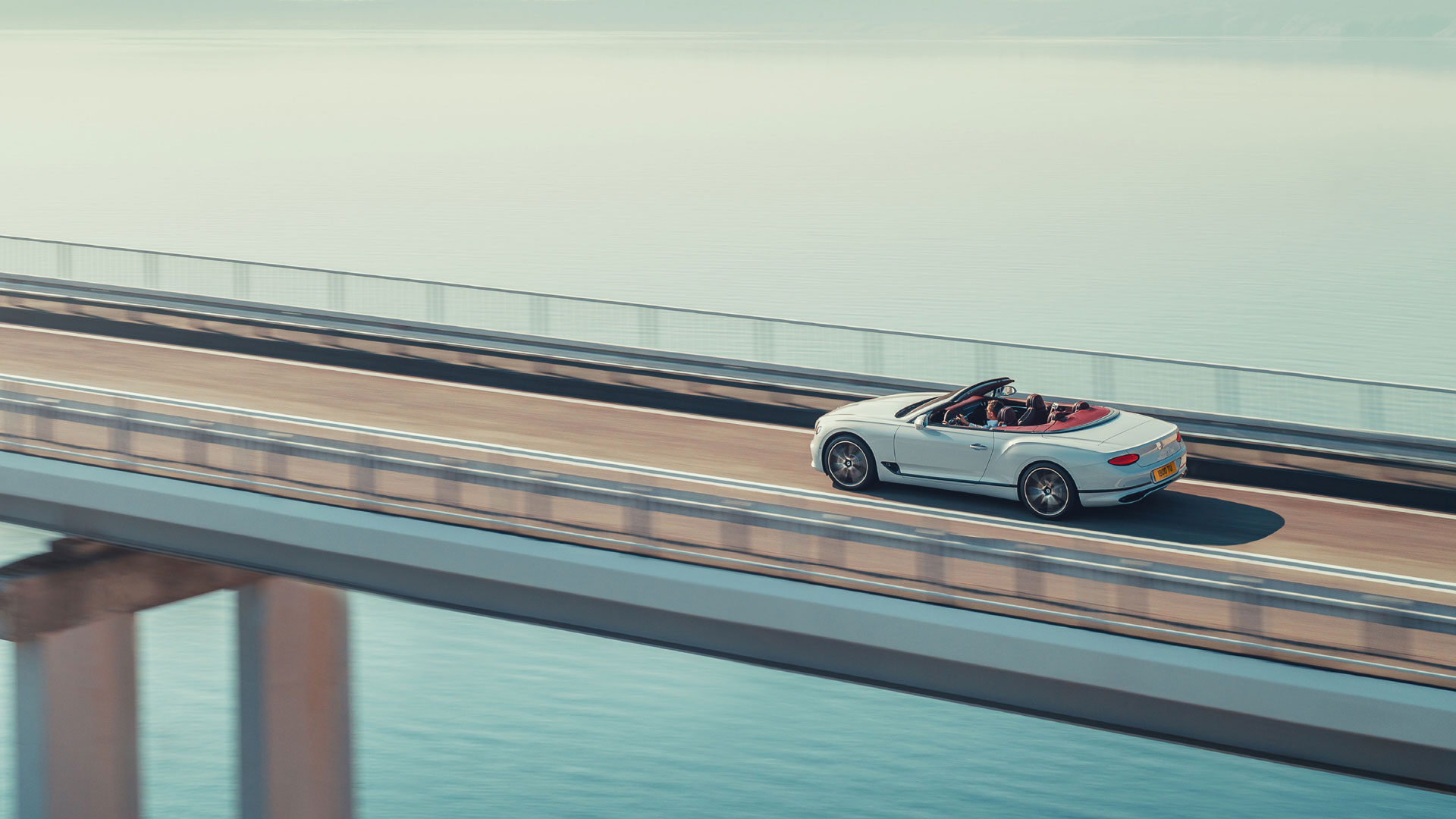 We’re sure Rolls-Royce won’t be too bitter about losing out to former stablemates, Bentley. With an emphasis placed more on ‘lifestyle’ than products alone, the Bentley Motors feed includes images of fashion and fishing along with the usual pictures of cars. Motorsport gets an occasional look in, with the GT3-spec Continental race cars appearing – especially when they win. 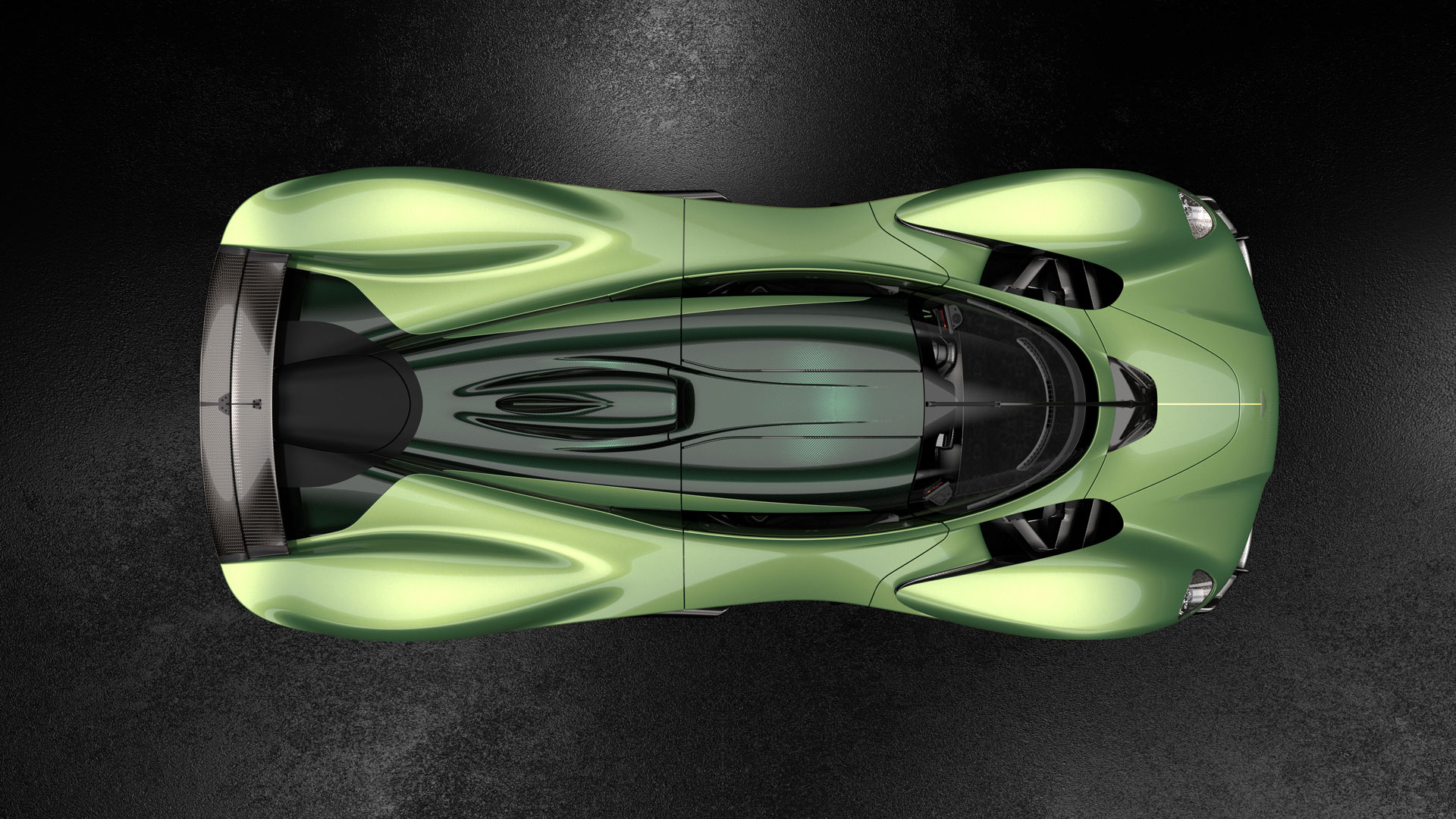 Aston Martin is probably quite satisfied to have edged out Bentley in this Instagram battle. Although mostly filled with official press photography, the Aston Martin feed also features and encourages fans and owners to submit their own images. An easy task, given how naturally photogenic the brand’s products are. 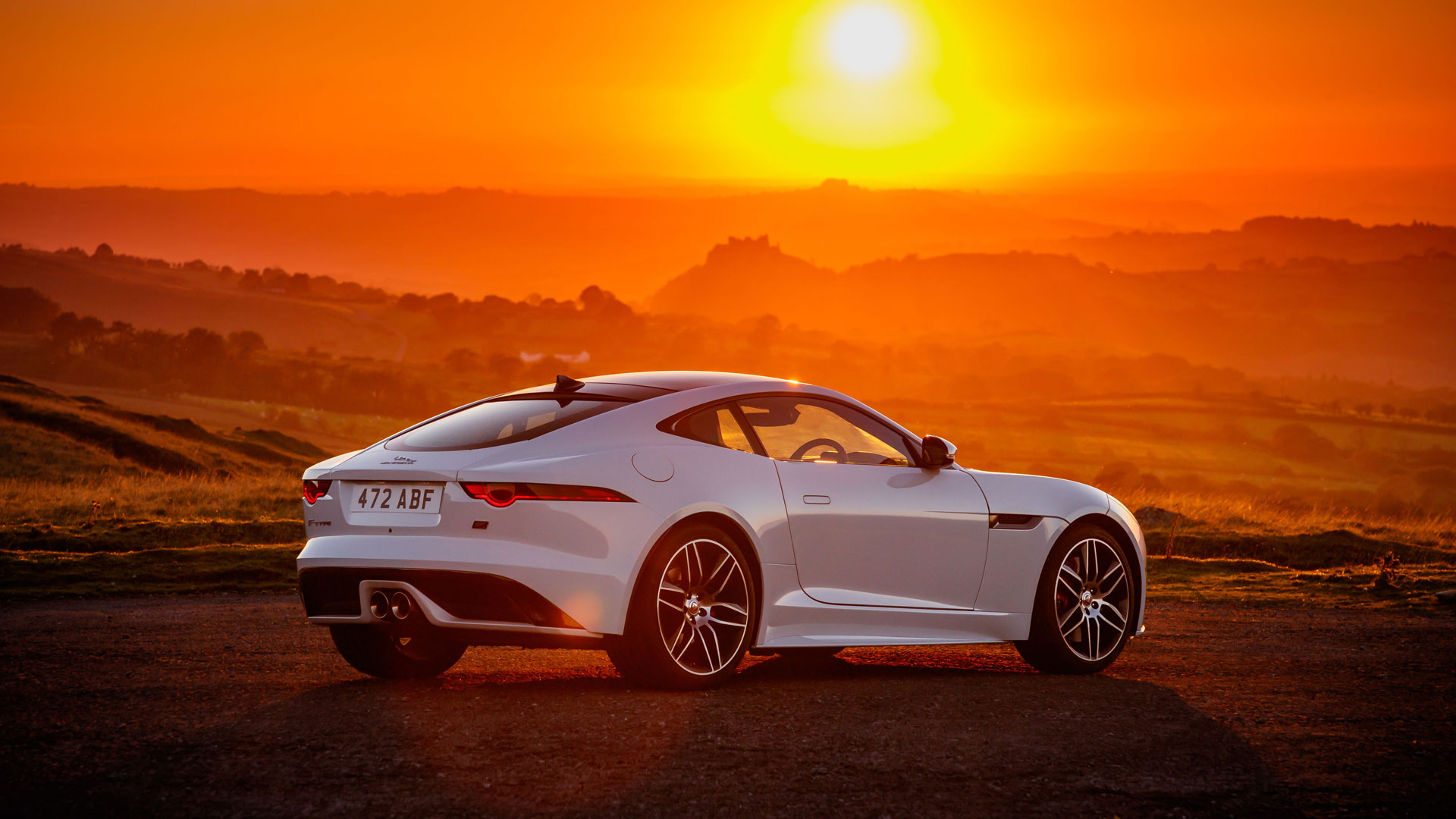 Jaguar Land Rover can congratulate themselves on building a strong social media following, adding an additional 3.7 million Jaguar fans to those following Land Rover. Most of the images come from Jaguar direct, although some are user contributions, covering the full range of products, including the E-Pace compact SUV and I-Pace. Photo highlights from the Formula E Jaguar Racing team can also be found, serving as a reminder for where the brand is going. 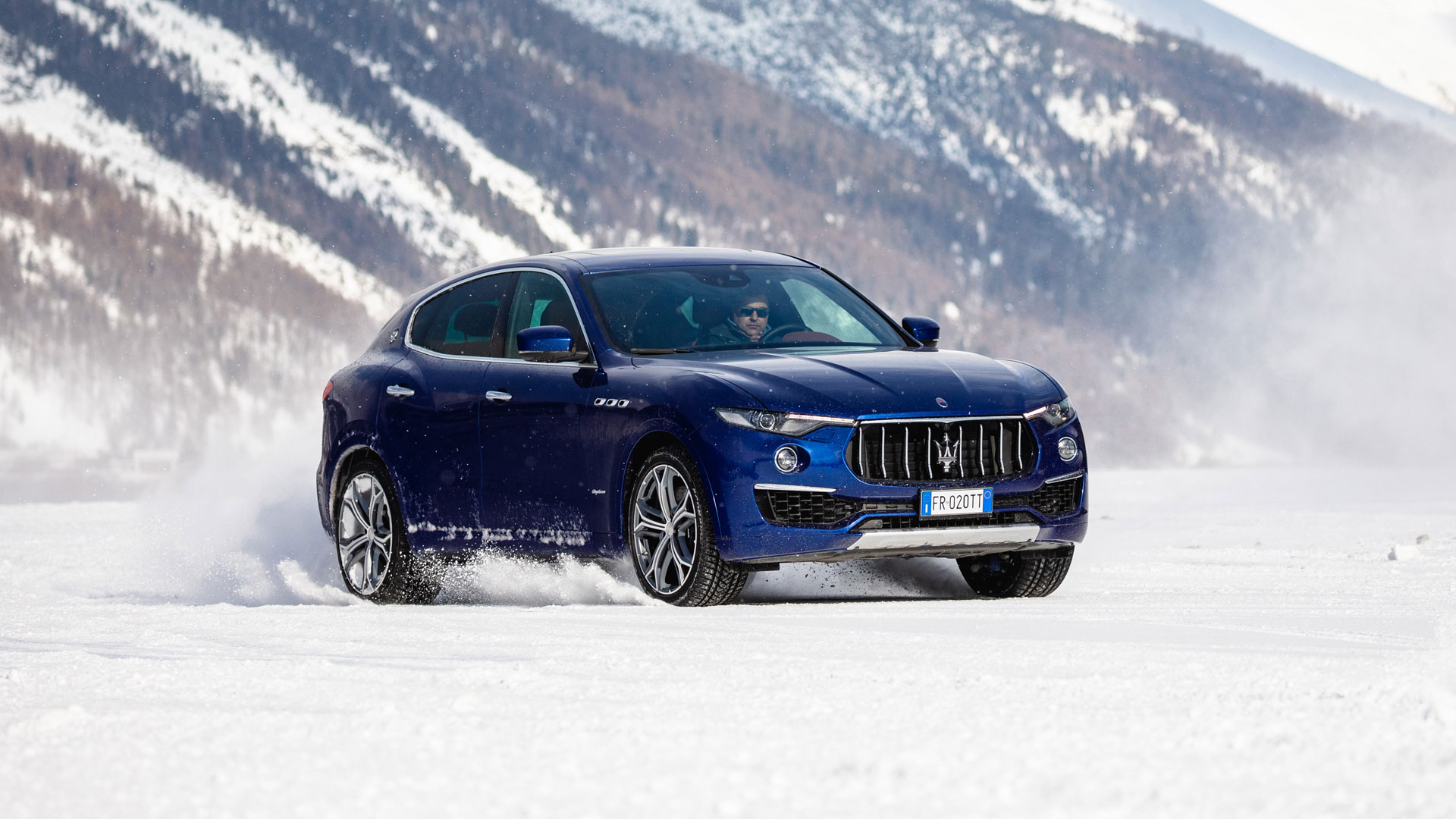 Maserati offers up photographs that the company believes capture timeless elegance and sporting prowess. It also means featuring photos of Maserati cars next to polo horses and players, given that the company is the title sponsor for a number of major polo tournaments. It’s clearly a strategy that works, along with pictures of the Levante and Maserati-branded merchandise. In case you’re wondering, yes you can buy a Maserati polo shirt… 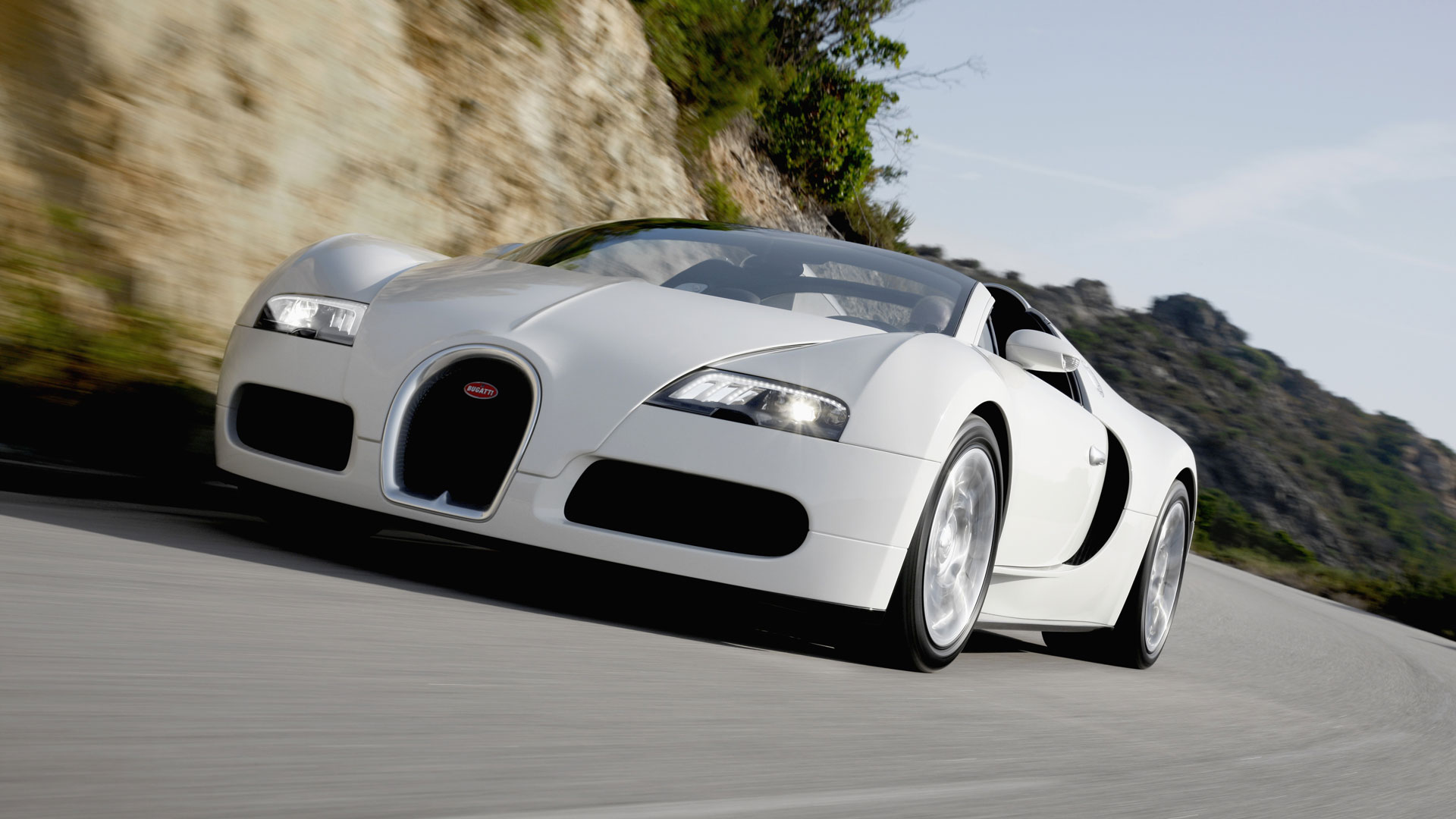 Bugatti has released two cars in a decade but has managed to amass going on for nine million followers. It helps that the cars in question are powered by quad-turbocharged W16 engines and are capable of more than 240mph. As the newest of the two, the Chiron garners most of the attention on the Bugatti feed, but occasional pictures of the previous Veyron also make appearances. 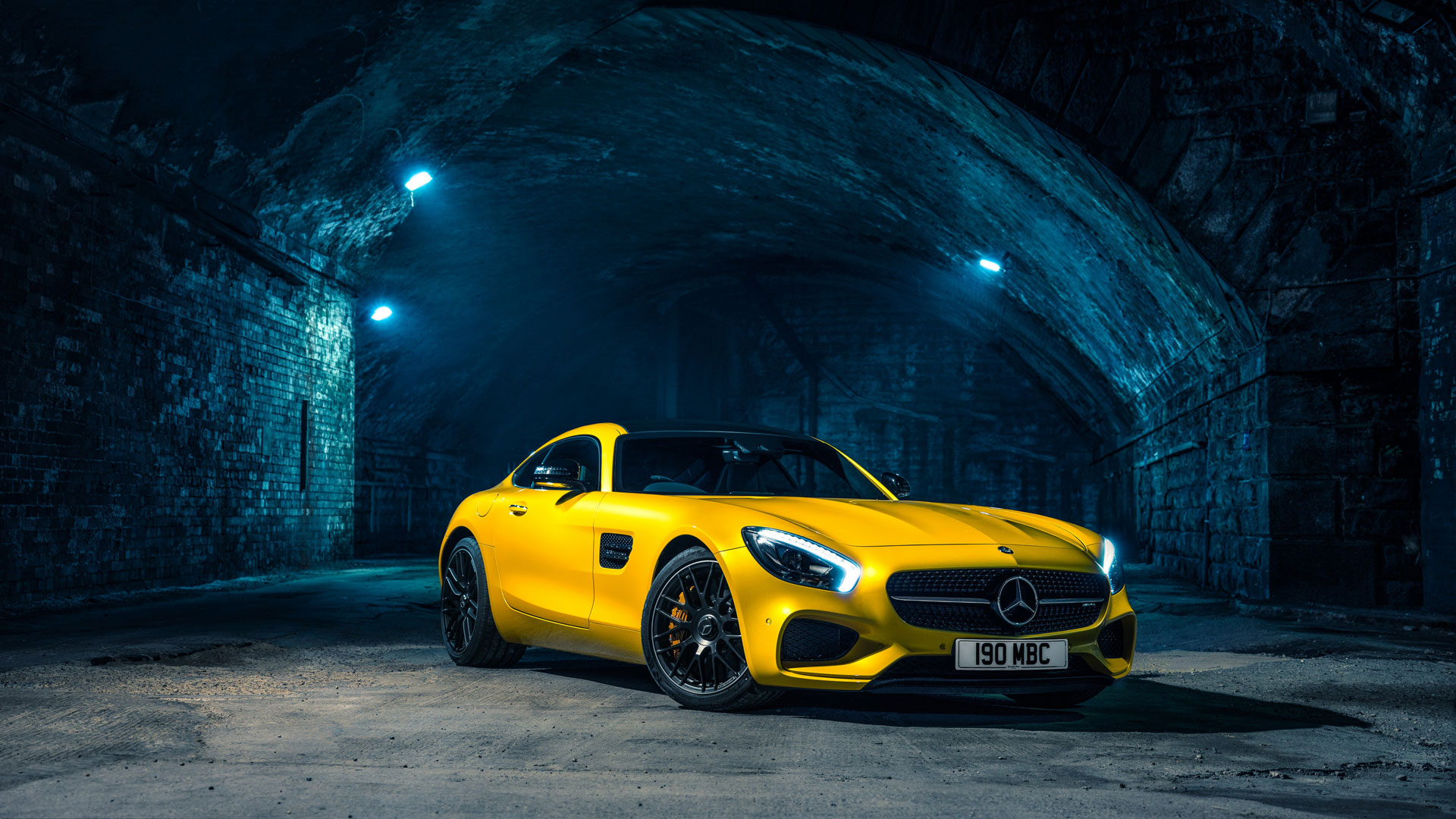 This is impressive – the official Instagram account of Mercedes-AMG has amassed 8.8 million followers, which is in addition to the soon-to-be-revealed follower count of Mercedes-Benz. The feed offers a blend of road and track action, along with the obligatory lifestyle images designed to tempt you into emptying your wallet for some branded gear. 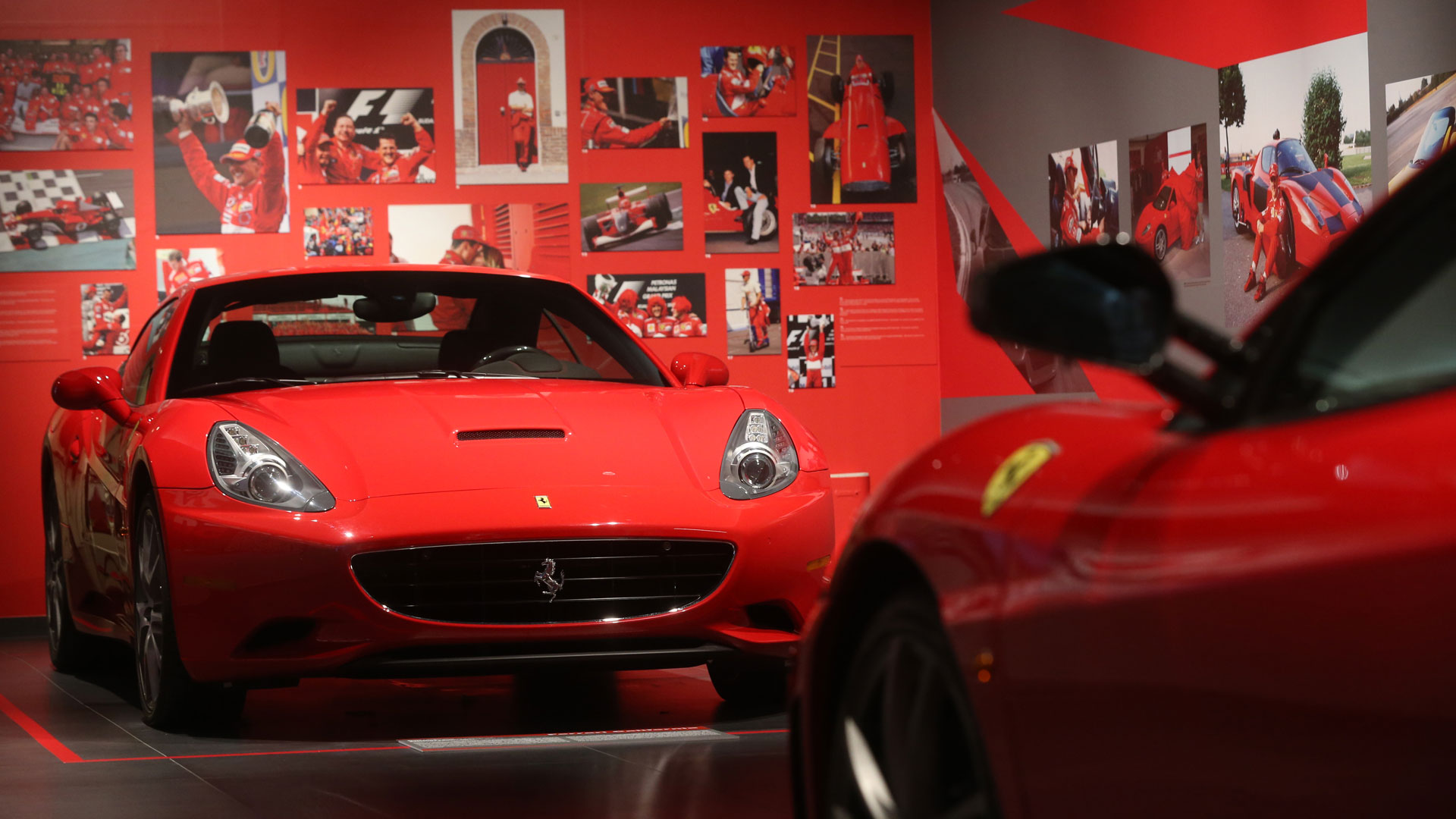 The profile for the Italian supercar maker is only able to claim sixth place on our list. Notably, Ferrari only follows just two accounts on Instagram, one of which is that of the Scuderia Ferrari F1 team, which attracts 2.7 million followers alone. For those solely interested in road cars, Ferrari posts numerous pictures of the latest machinery mixed with highlights from a back catalogue spanning seven decades. 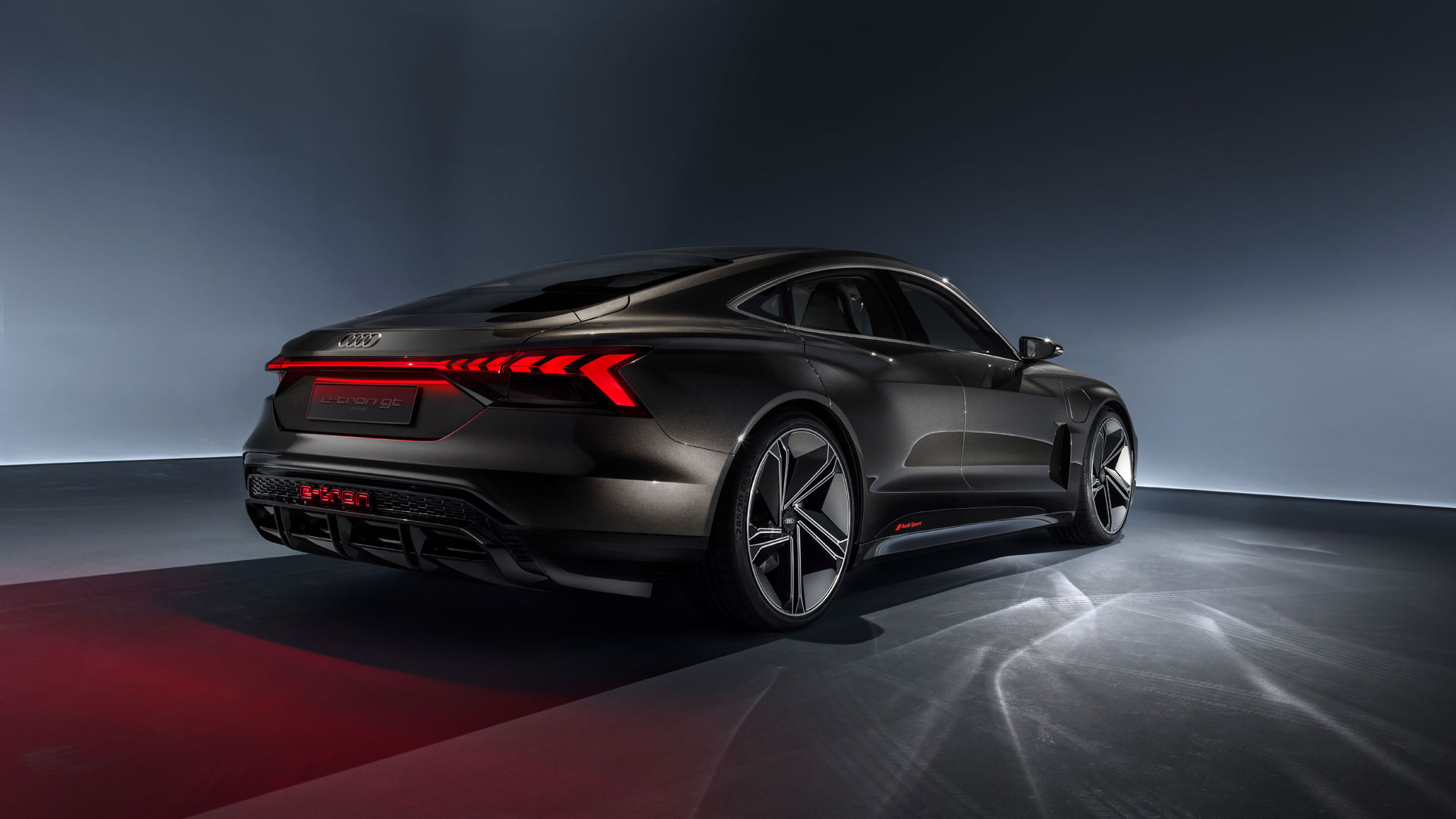 Another North American profile that acts as an Instagram brand beacon, especially when the official Audi account attracts just 443,000 followers. Audi North America keeps things firmly on one side of the Atlantic, with photos and videos of Audi models in virtually every state throughout the country. User submissions are also encouraged and feature alongside professional photography. Despite all this, Audi UK’s own Instagram page boasts a healthy following of over 123,000. 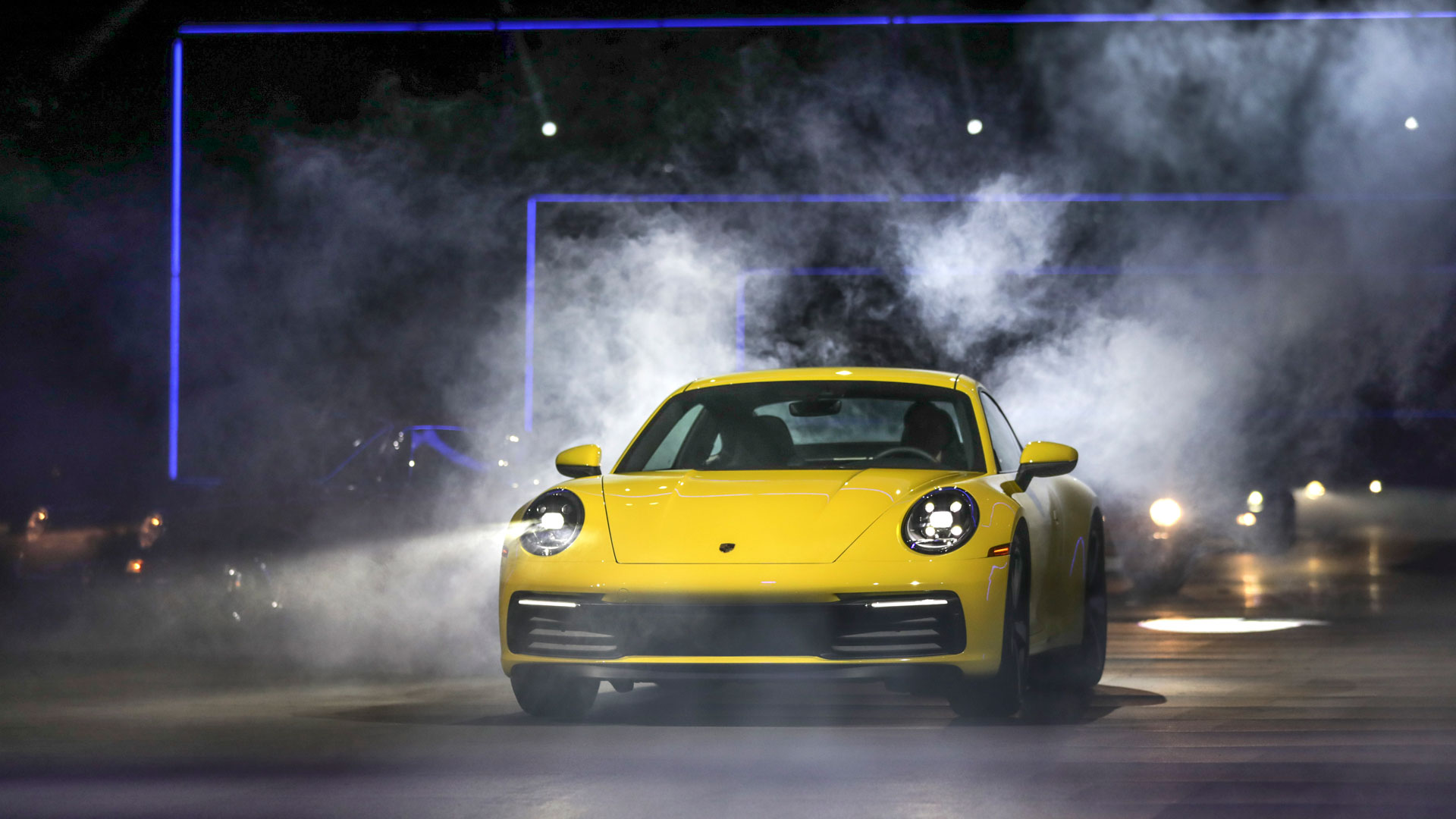 This may be the Instagram account for Porsche Cars North America, but it has become the top destination for followers of the Stuttgart marque. Encouraging user contributions through the #PorscheMoment tag, there is an international flavour to the feed despite the American origins. The Porsche GB account has amassed 148,000 followers. 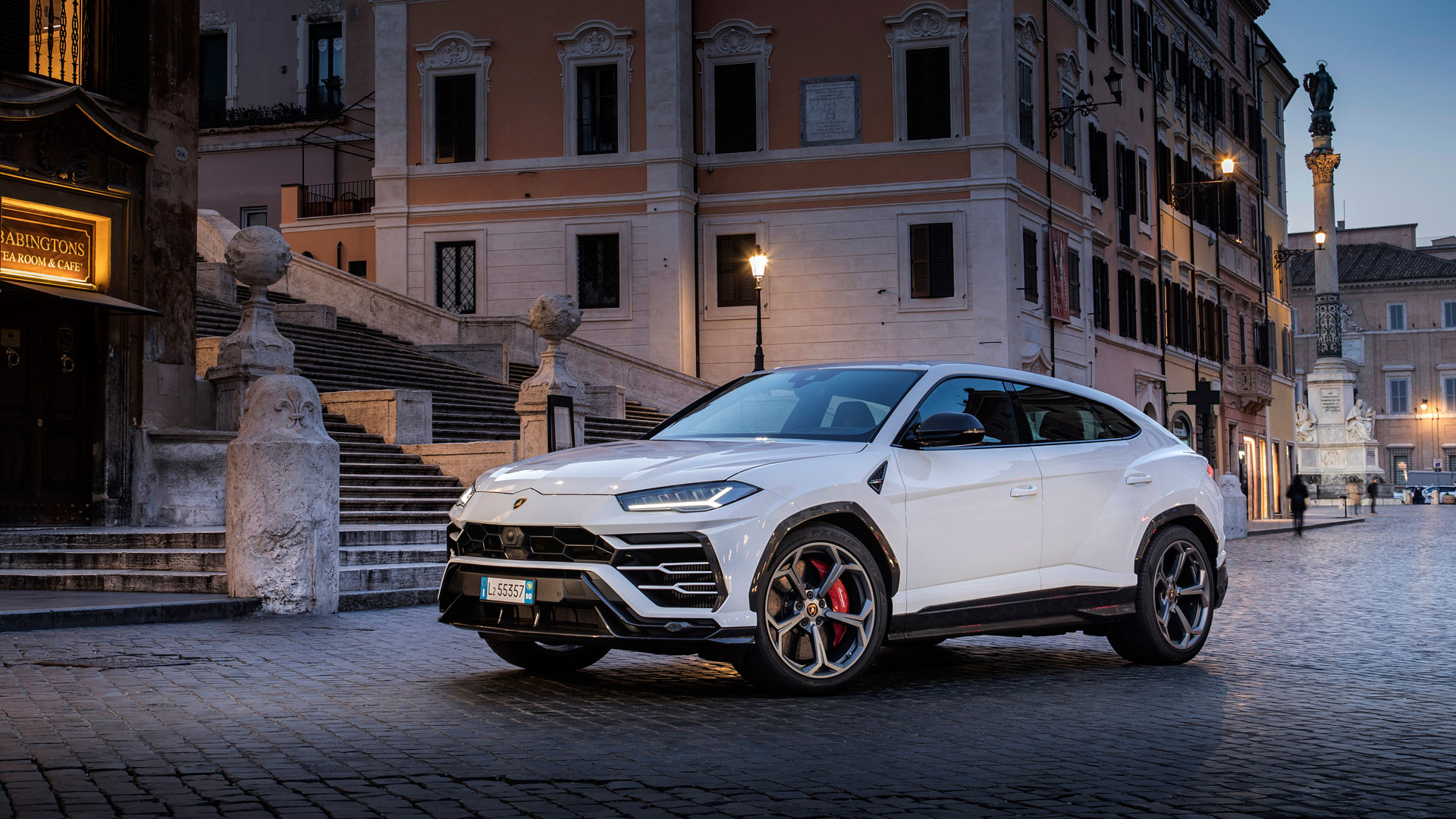 Claiming top position in the battle of the Italian supercar manufacturers, and sneaking into the top three ahead of the other companies in the Volkswagen Group, is Lamborghini. The featured photography is as eclectic as you would probably expect from the Sant’Agata brand, mixing modern work with retro goodness. 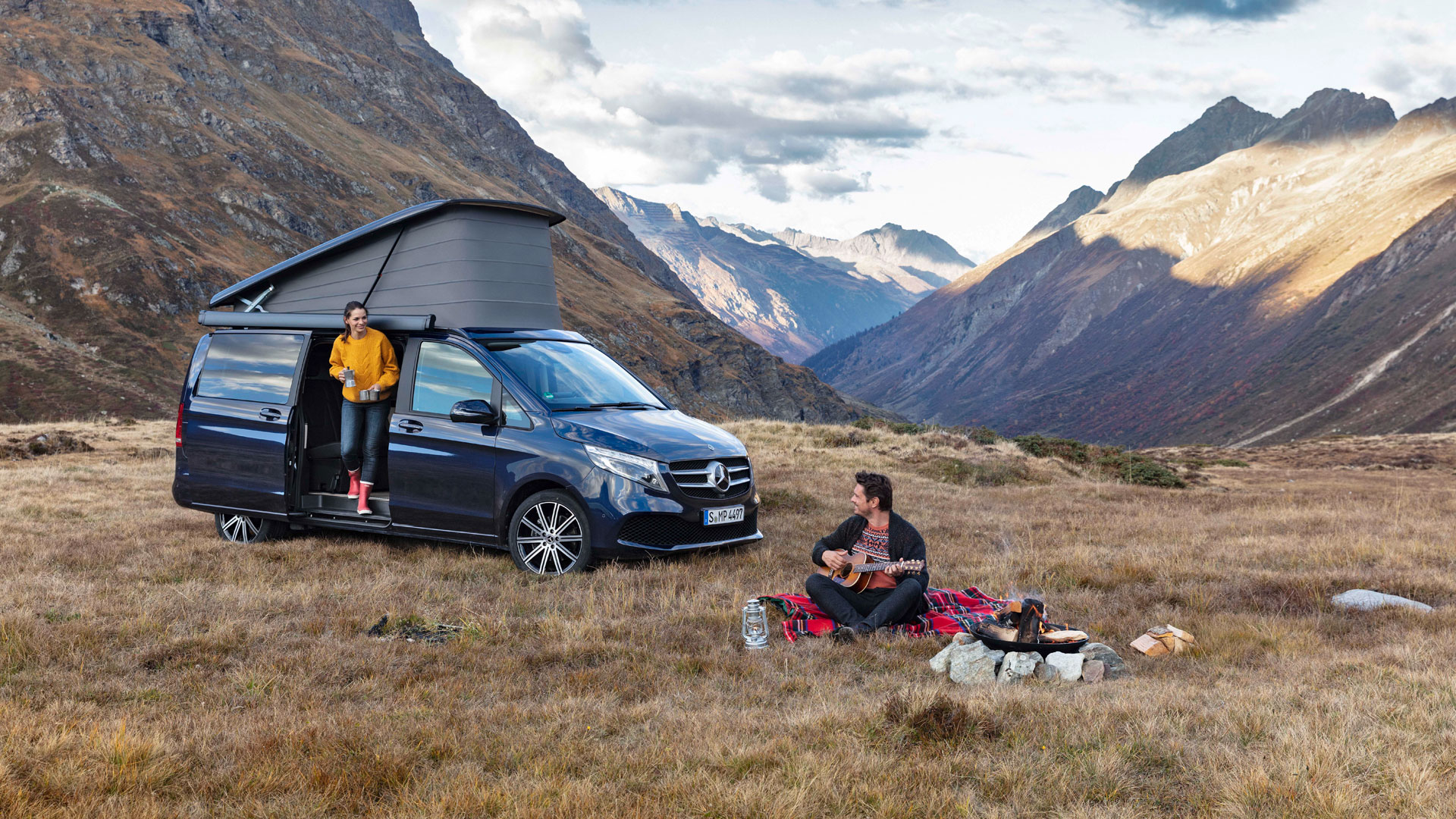 With almost 12,000 photos and videos shared, Mercedes-Benz goes big when it comes to Instagram. As a result, the Stuttgart brand boasts nearly 18 million avid followers and encourages numerous submissions by Mercedes-Benz fans and owners from across the globe. With such an extensive history, the Mercedes account includes a plentiful supply of retro images. 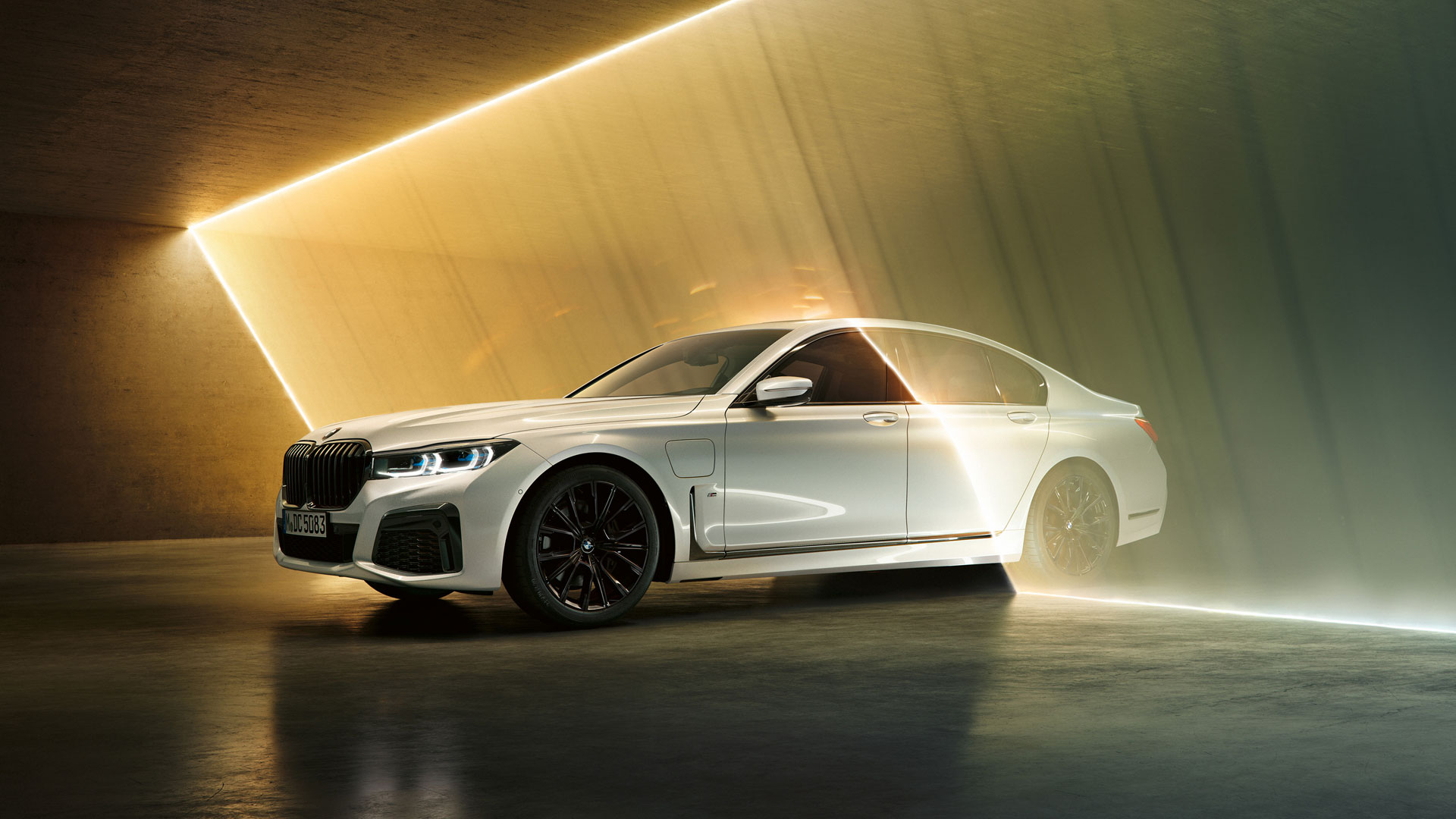 This is it, the peak of the Instagram car brands, and by the time you read this BMW will may have increased its follower count to 20 million. That’s equivalent to the entire population of Romania eagerly awaiting new photos that capture the ideas of ‘sheer driving pleasure’ on Instagram. As impressive as BMW’s Insta achievement might be, it’s still a long way from brands like Nike (84.3m) and National Geographic (99.2m), which truly dominate the platform.