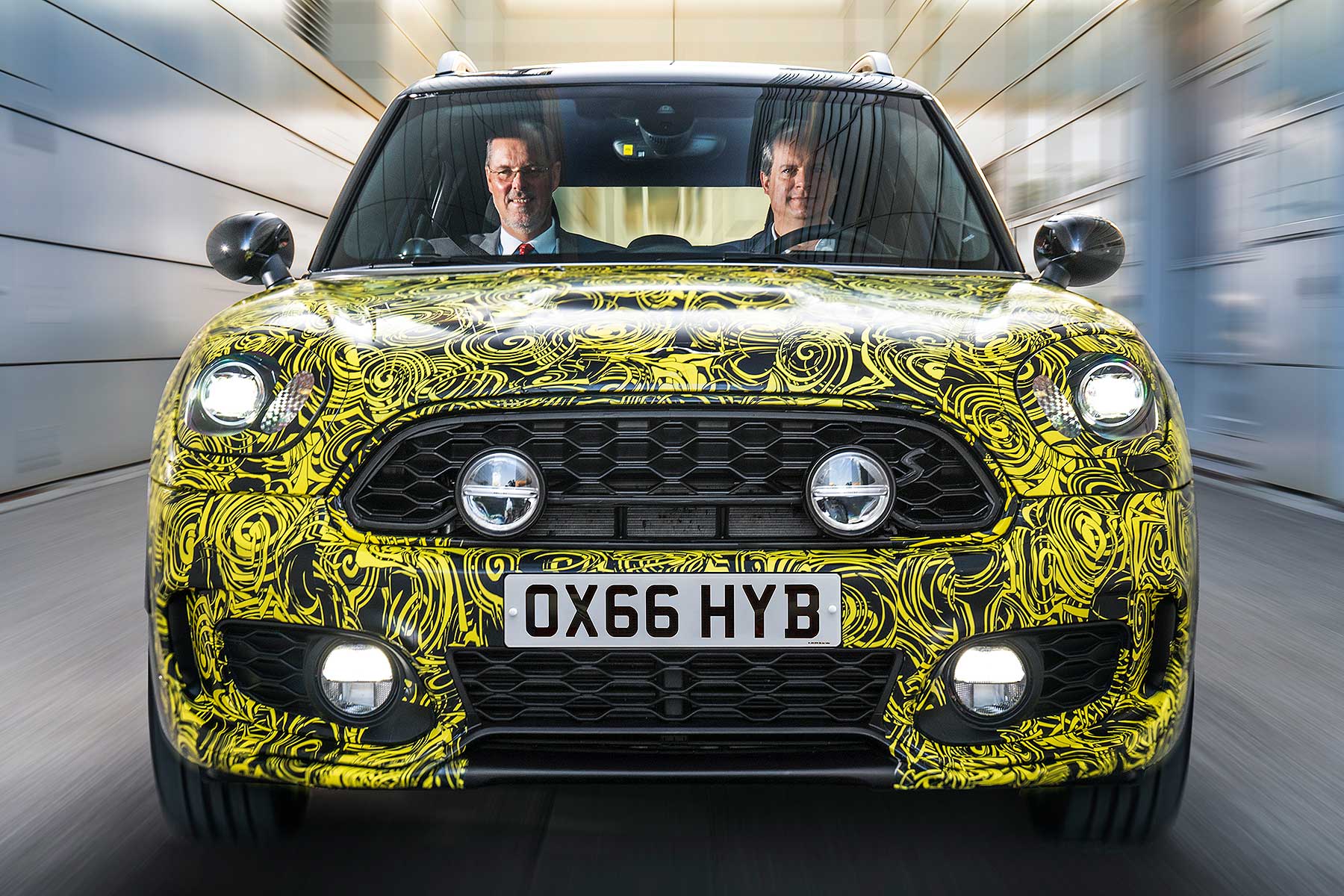 MINI will launch a plug-in hybrid version of the new Countryman that will offer full electric drive at speeds of up to 80mph – making it the first all-electric production-spec MINI.

The new Countryman PHEV, of which development is almost complete, will intriguingly also become the first rear-wheel drive MINI ever sold. Well, in full EV mode at least: the electric motor drives the rear wheels with the combustion engine driving the fronts.

That also means the new Countryman PHEV’s all-wheel drive system will itself be a hybrid setup. Which MINI bosses say will be optimised to provide “catapult-like acceleration”.

Indeed, the firm is already stressing the fun-to-drive element of the first-ever MINI hybrid, which uses technology similar to that in the BMW 330e (itself derived from the i3 electric car). This is not a car focused solely on efficiency, says MINI, but driving fun is also high on the agenda. 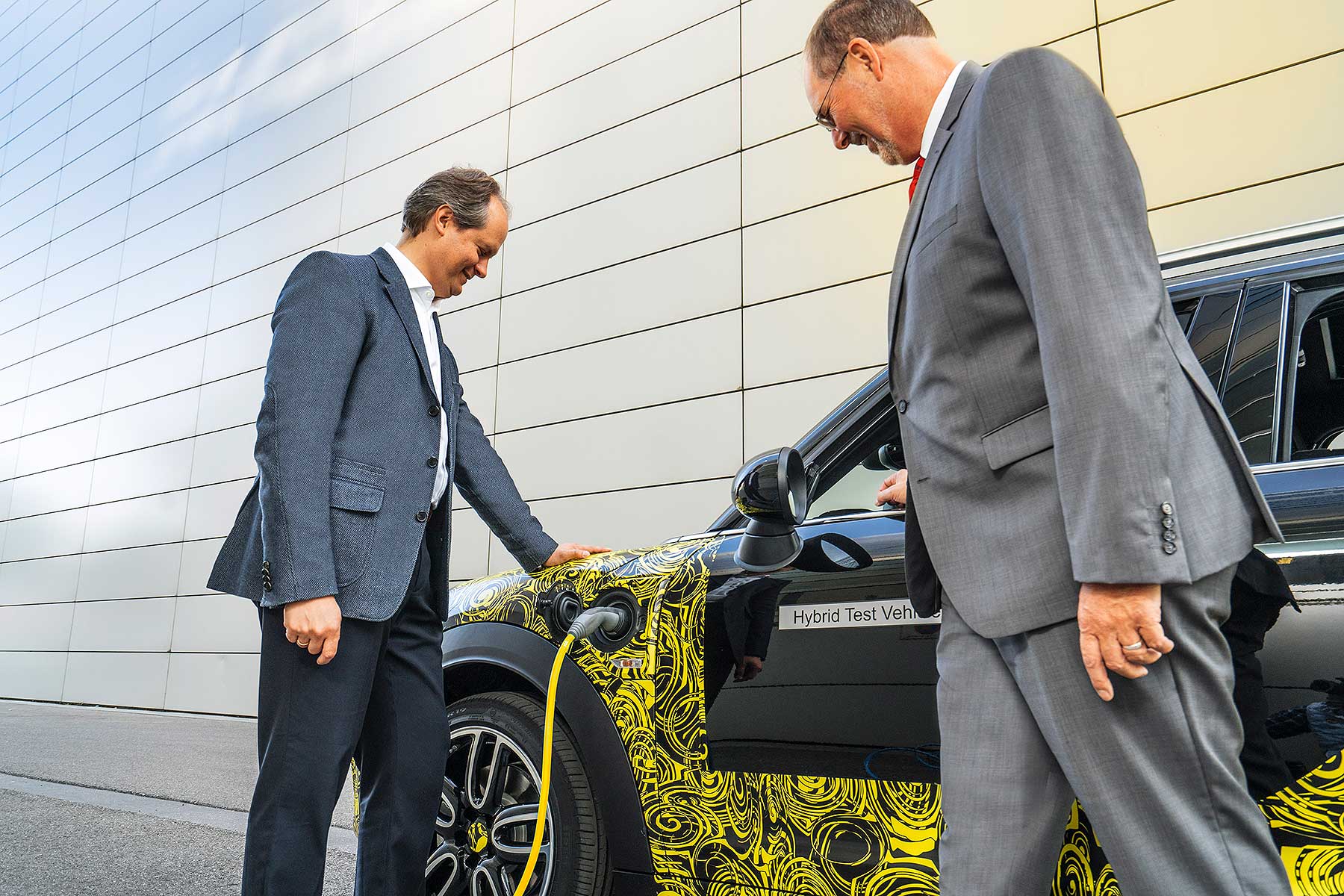 MINI’s kept changes over a regular model minimal. The starter button glows yellow instead of red; there’s a power display on the instrument cluster rather than a rev counter – oh, and the car always starts up in electric mode rather than hybrid.

Set the multi-mode electric system to Auto eDrive and you’ll be able to do up to 50mph before the engine kicks in. Set it to Max eDrive and this increases to 77mph. 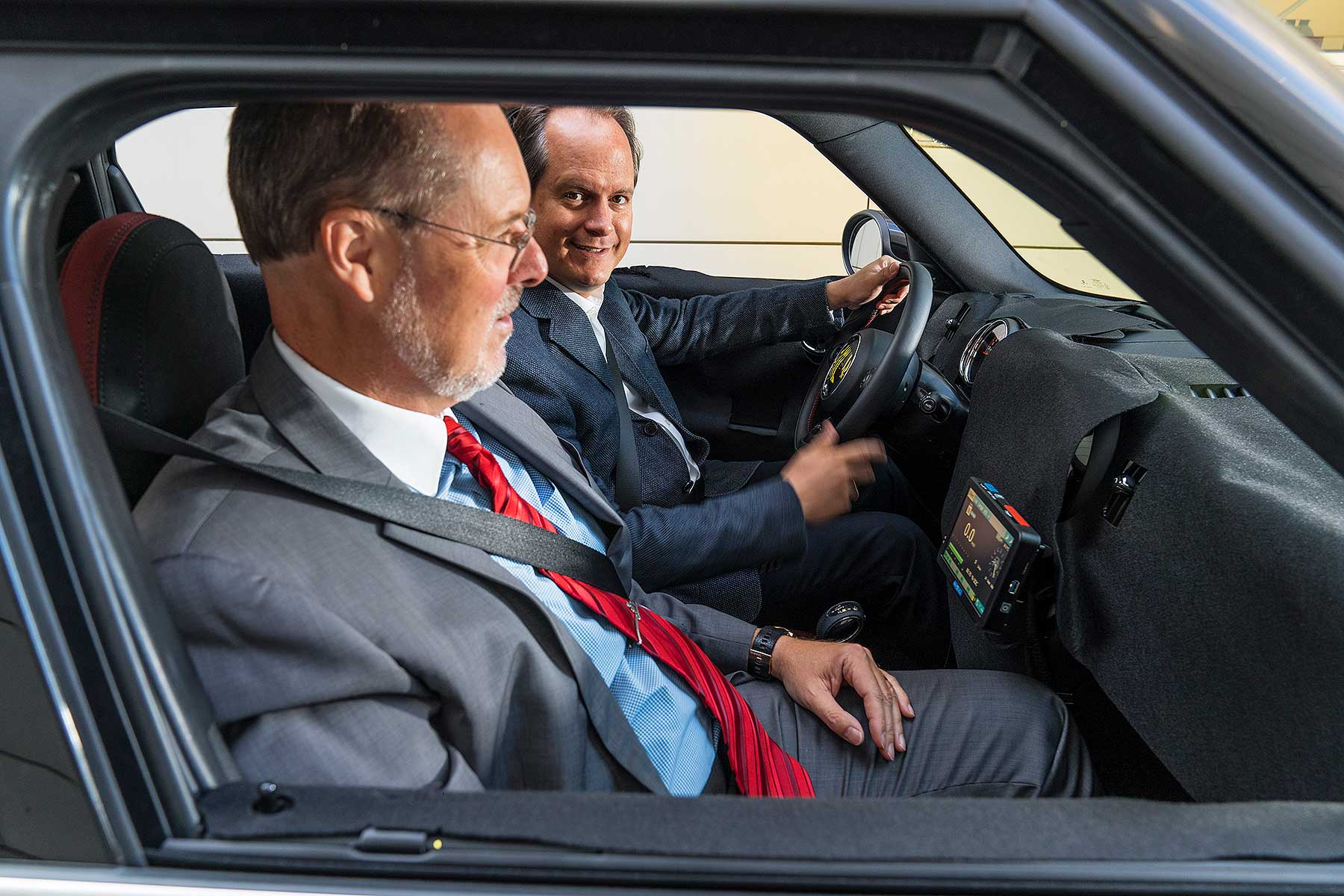 By revealing the first plug-in hybrid MINI, the firm is also teasing the next-generation Countryman, due for reveal before the end of the year. Set to go on sale in 2017, the new Countryman will be the biggest MINI ever, and much more of a compact SUV-style model than the current car.

Set to challenge models such as the new Audi Q2, the second-generation Countryman is derived from the flexible platform used in the current MINI Hatch, and also seen in the BMW X1. It’s thus going to be roomier and more practical than the current model, although it looks as if MINI is set to retain the bluff-nose styling of today’s car.

As well as a hybrid, regular diesel and petrol engines will be offered, with manual and automatic gearboxes plus front- or all-wheel drive. It’s likely the plug-in hybrid version will follow a little after the launch of the regular cars.