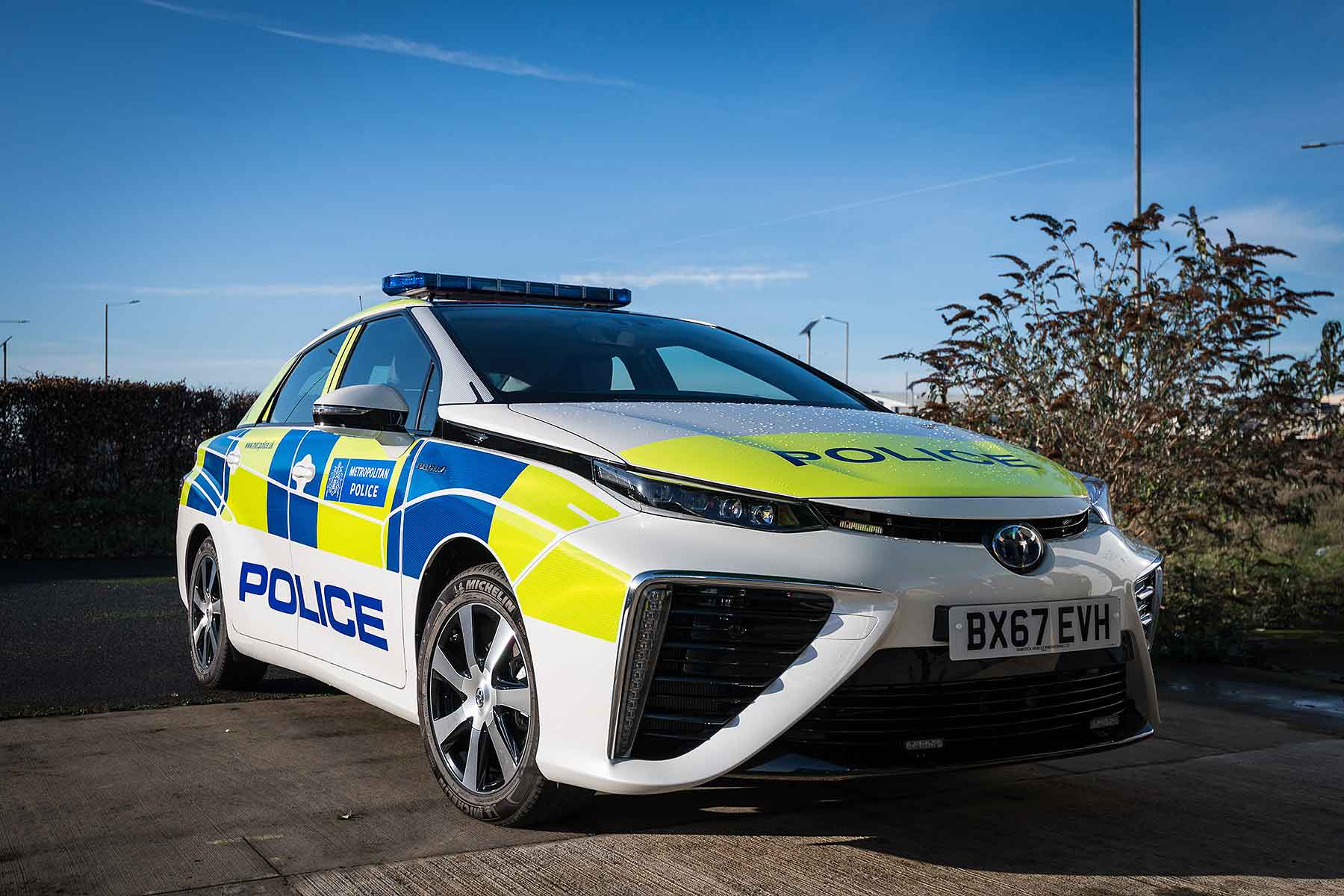 The 11 Toyota Mirai hydrogen fuel cell cars have just been delivered to the Met, which now plans to use them in both marked and unmarked guise, for overt and covert responses.

Taking on so many Mirais means the Met will actually be running the world’s largest fleet of hydrogen fuel cell cop cars. 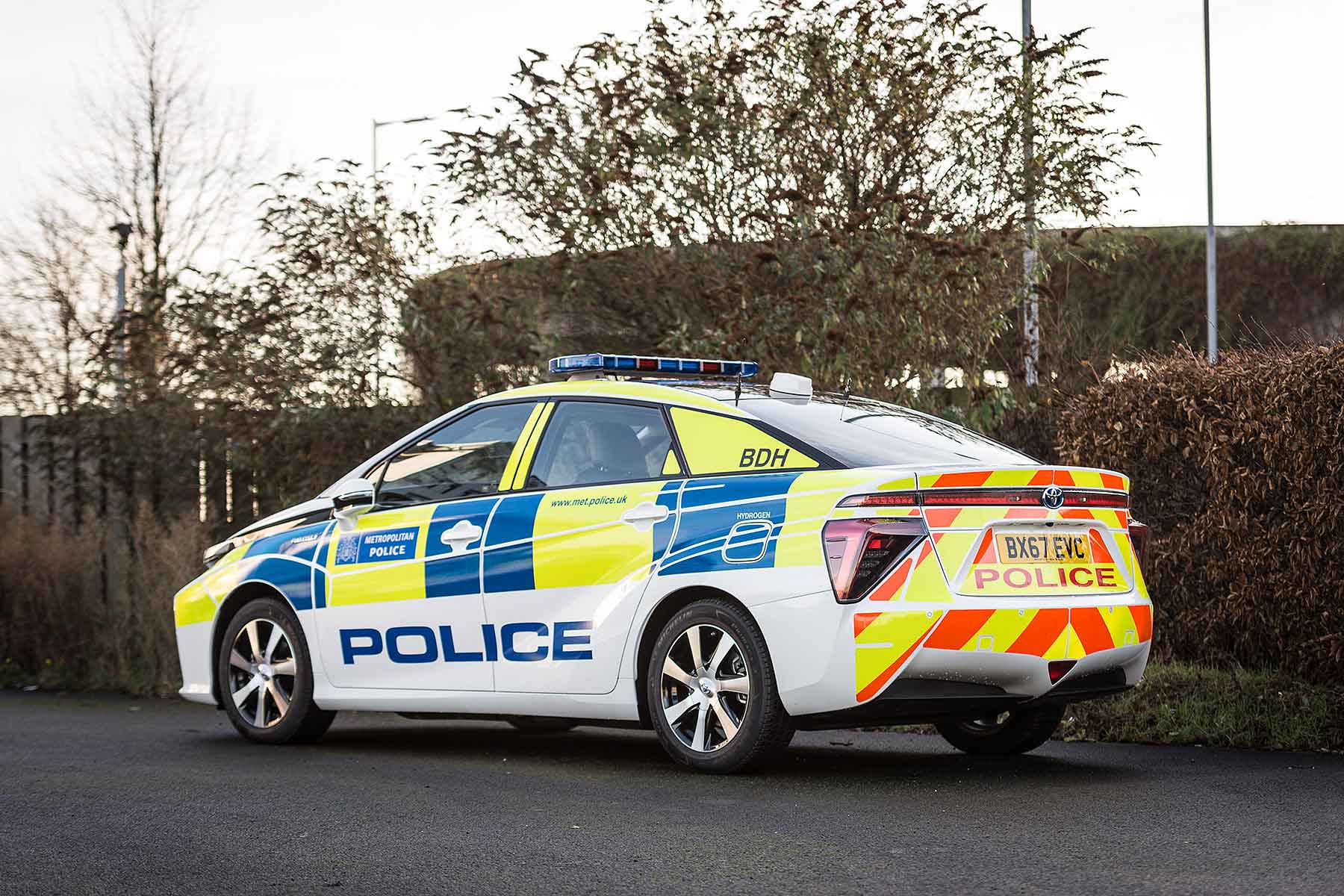 The Met’s Commander, Neil Jerome, said the Toyotas are the service’s first zero-emissions vehicles and is the result of work first started back in late 2015 to hybridise and electrify the police car fleet.

And it’s only the start of things, he added. “This is enabling us to make great strides towards our ambition of procuring 550 vehicles as zero or ultra-low emission by 2020.”

Police offers shouldn’t have too many challenges in refuelling them with hydrogen, either. There are now five hydrogen filling stations across London, with more planned for coming months. It’s part of the Mayor’s Hydrogen London partnership that’s charged with making fuel cell cars viable in the capital. 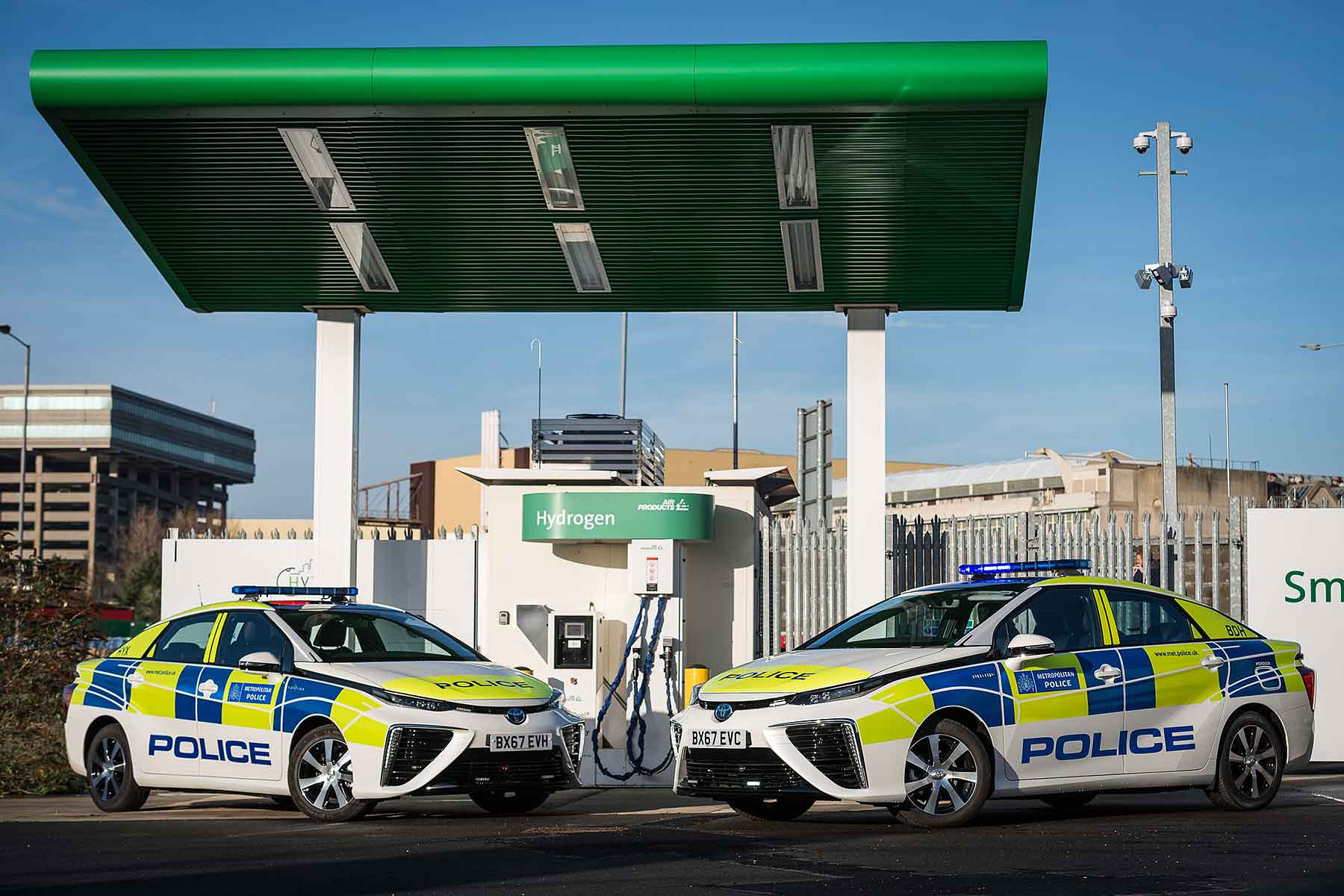 And unlike many electric cars, police driving the Met’s Mirais shouldn’t suffer too much range anxiety, either – a tankful is good for around 300 miles, comparable with a regular car and in excess of most mainstream electric cars.

All of which has pleased Toyota GB director of operations Mark Roden. “The distinctive livery of the Met’s marked cars means even more public visibility for hydrogen powered cars in and around London.

“This is proof that organisations are seeing the future of hydrogen power for zero emission fleets.”