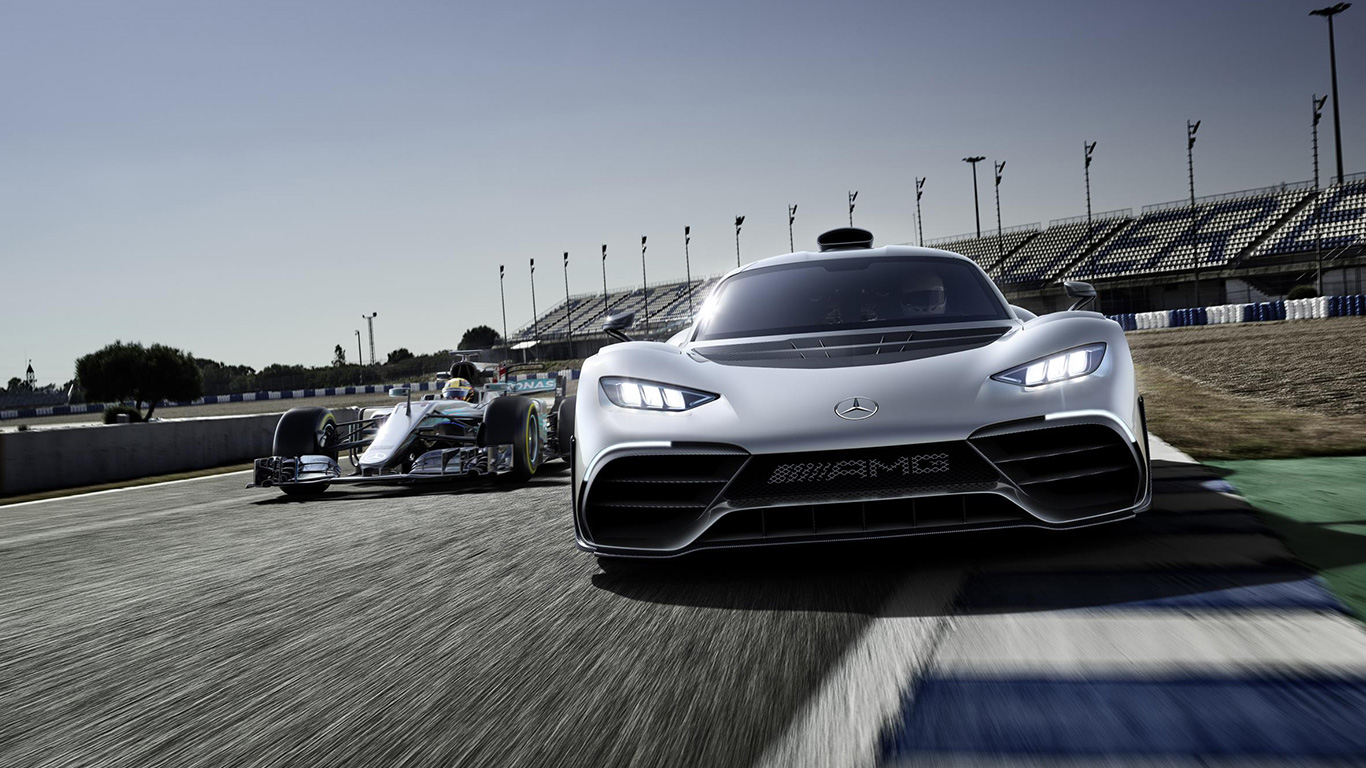 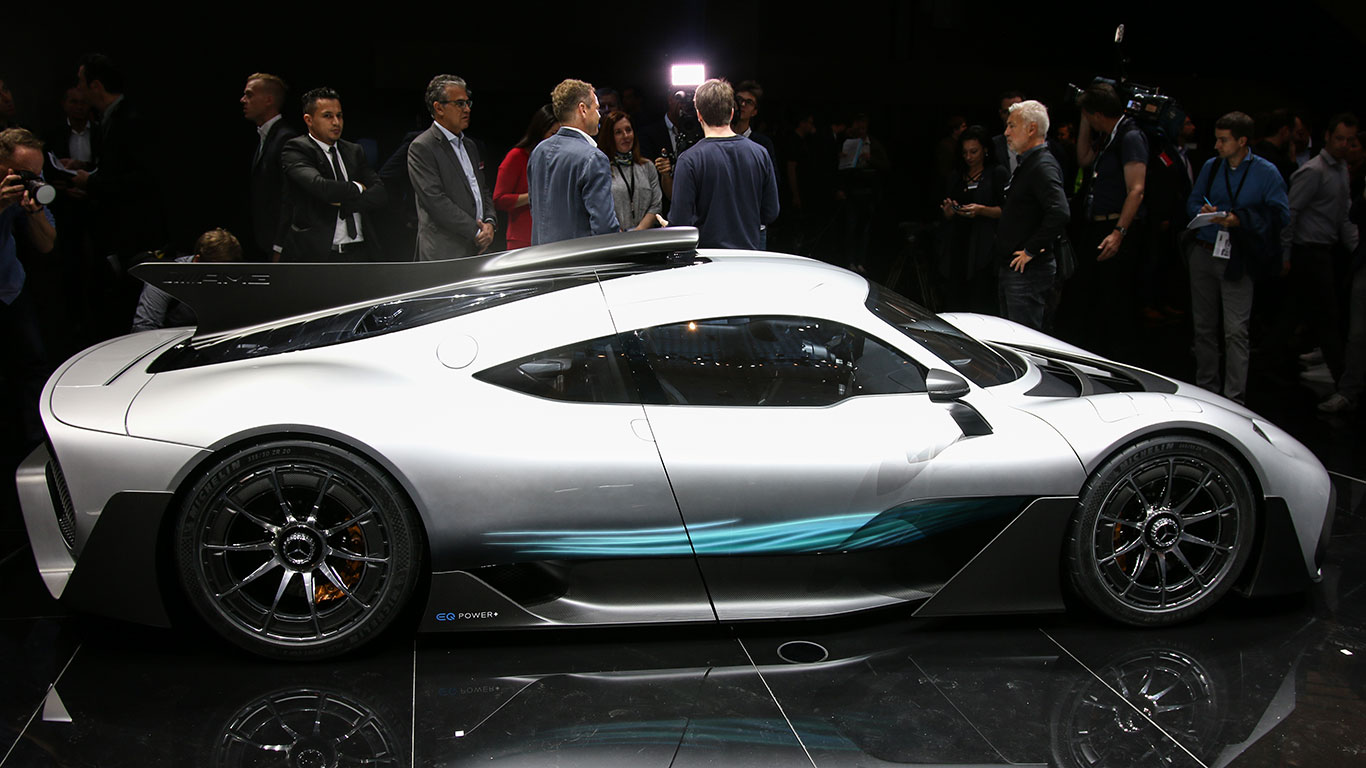 Making a road car inspired by an F1 racer is one thing. Building one that uses the same 1.6-litre turbocharged V6 as an actual grand prix car is another thing entirely. However, that’s exactly what powers the new Mercedes-AMG Project One. 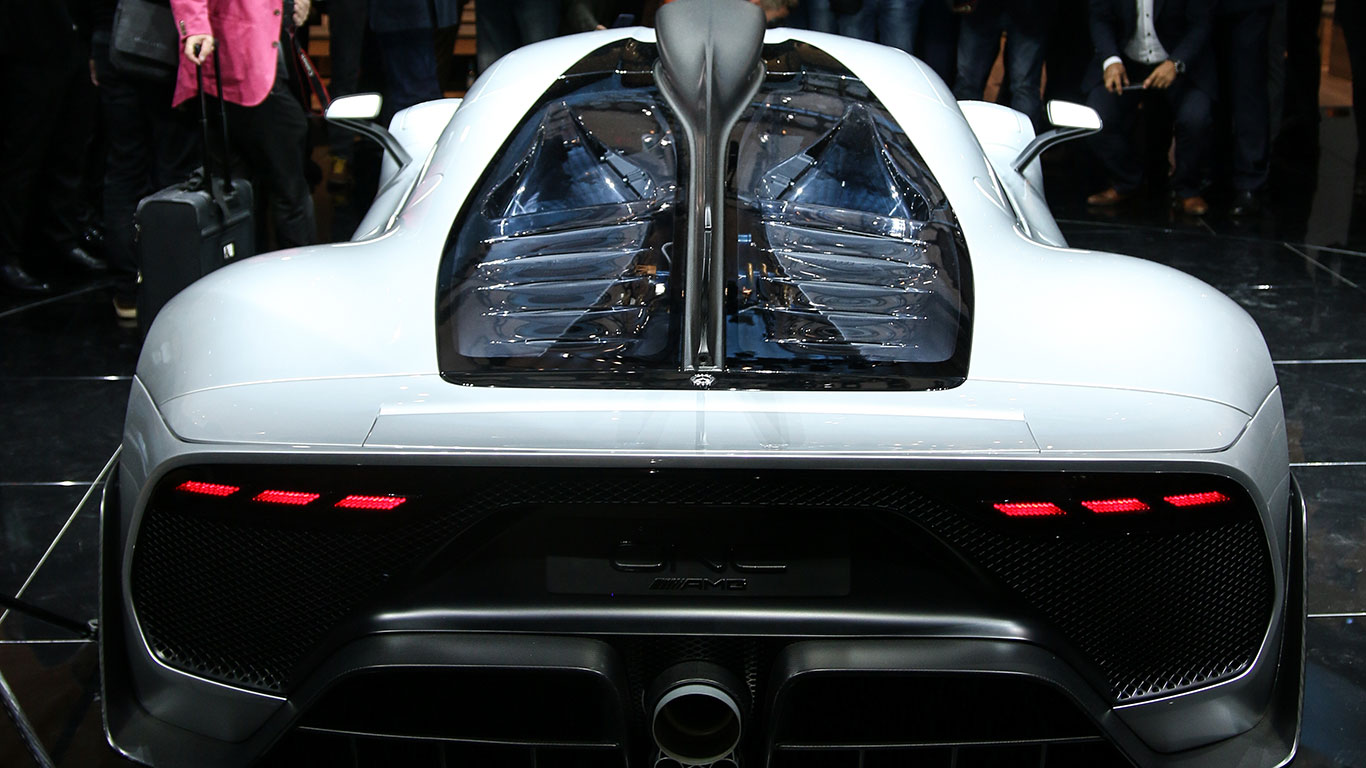 Strictly speaking, it’s not 100% identical to the engine found in the cars driven by Lewis Hamilton and Valtteri Bottas. For a start, the internal combustion engine is tuned to use super unleaded petrol, whilst the rev limit is turned down to just 11,000rpm to promote longevity.

Like an F1 car there is hybrid power, with four electric motors featured on the Project One. Each front wheel is powered by an individual 120kW motor, whilst the single turbocharger is also boosted by an electric motor.. The fourth motor is attached directly to the engine, and operates like the MGU-K device in the F1 car, to aid acceleration.

It sounds complicated, and clearly is, but the headline figure is a combined total power output in excess of 1,000hp. That might be less than a Bugatti Chiron, but the lightweight carbon fibre construction and eight-speed paddle-shift gearbox hardly make that a disadvantage.
Lapping up the power

The sprint from 0-124mph is claimed to take just six seconds, with a top speed in excess of 218mph. Rather impressive from a vehicle than can still cover 16 miles on electric power alone.

Controlling all this power is a three-stage ESP system, which includes the option to be completely turned off. There’s also ABS for the carbon ceramic brakes, and the ability for the for torque vectoring from the electric motors. Combine this with a two-stage deployable rear wing and the Project One should be driveable by mere mortals. 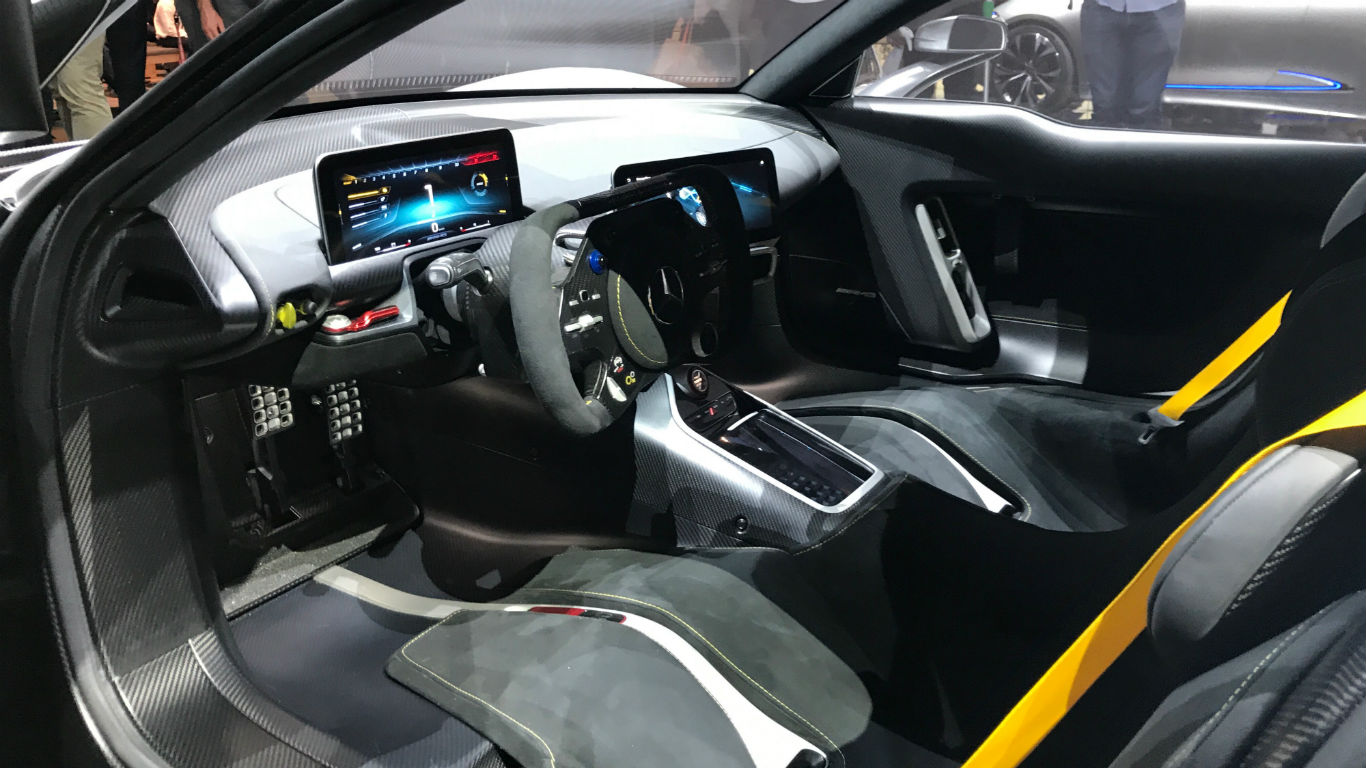 Despite the carbon-clad exterior, Mercedes-AMG has kept the Project One relatively civil inside with air conditioning and a 12-inch infotainment display. There’s even room for a brave, or foolish, passenger to join in the fun.

At present, Mercedes-AMG is calling the Project One a concept, and plans to take another 18 months to develop the finished road car. However, 275 lucky buyers will get to take home this show-stopper in 2019.