This evolution of the AMG GT R is more aggressive, produces more downforce, corners with even more speed and seems all set to give Mercedes-AMG a good run at setting a new Nürburgring lap record. 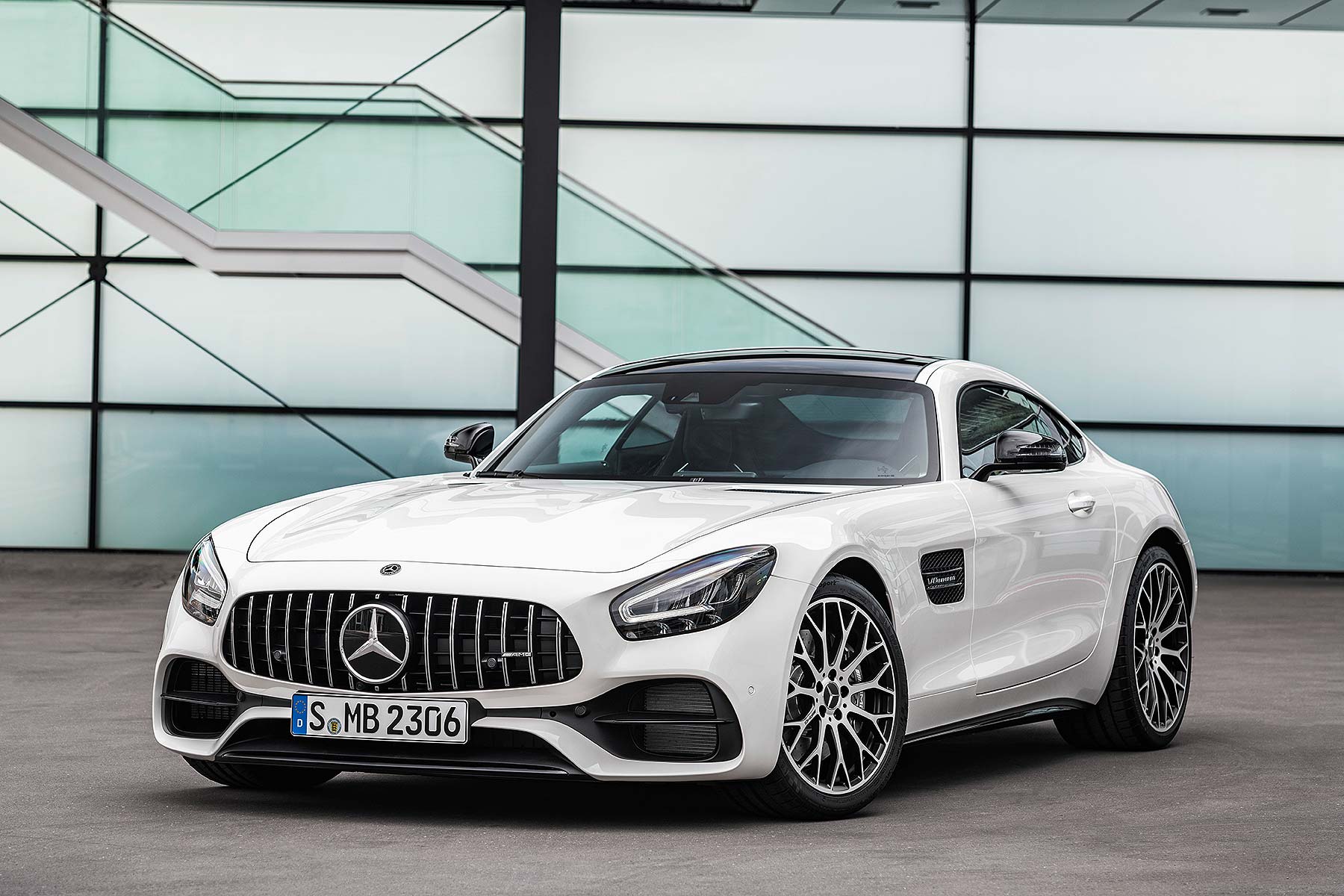 But first, the core range. The AMG GT Coupe and Roadster now benefit from some of the changes introduced with the AMG GT 4-Door Coupe. The centre console has been upgraded and the instrument panel is now fully digital. 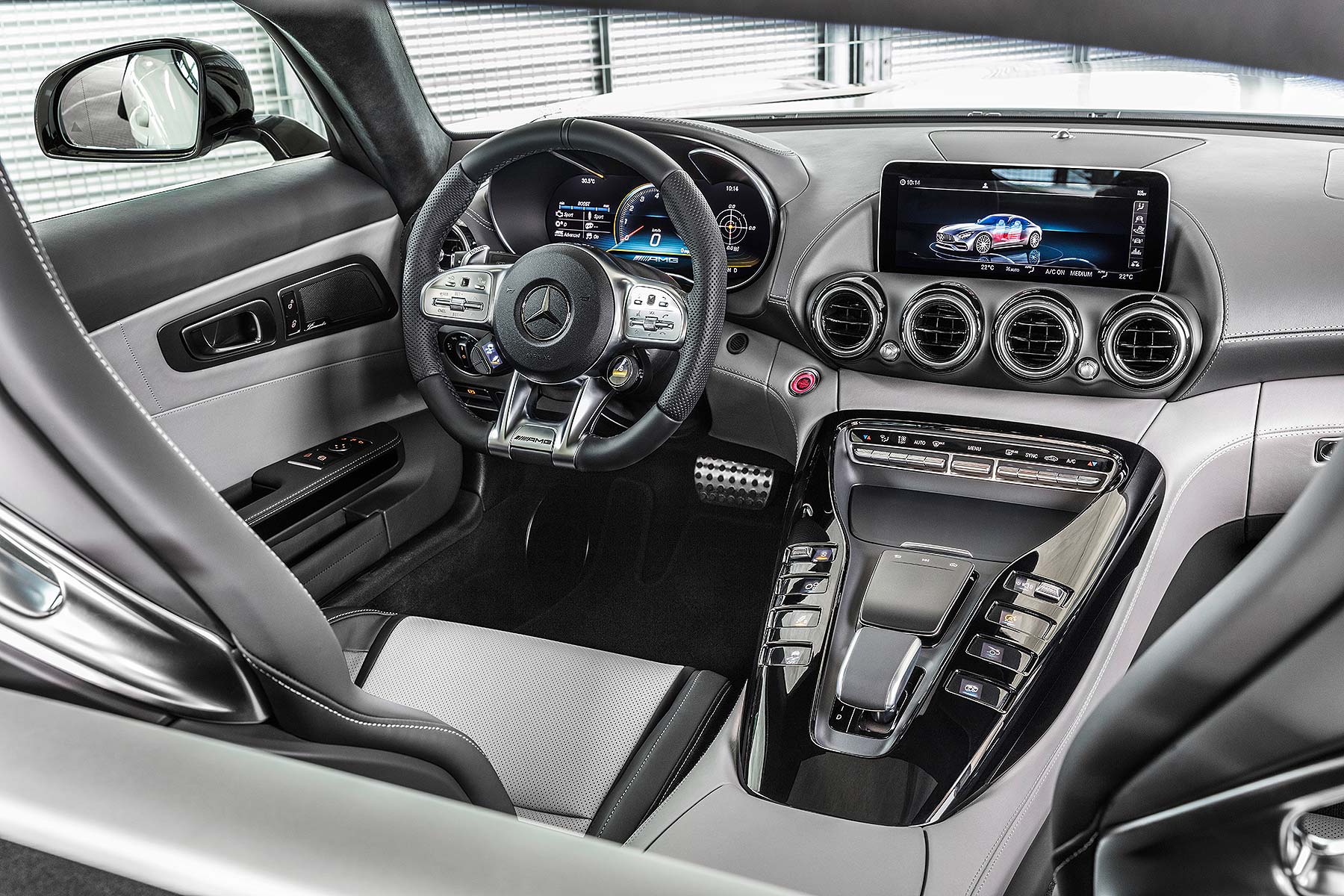 AMG offers three styles of display on the 12.3-inch screen: Classic, Sporty or Supersport, the latter featuring ‘extensive additional information’ for petrolheads who like to stay informed. As for the centre console, colourful TFT ‘virtual’ buttons aim to make it both more modern and straightforward to use.

A rather neat new gadget is AMG Trace Pace. Described as a ‘virtual race engineer’, more than 80 pieces of data are recorded 10 times a second when on-track. Drivers can see at a glance whether they’re faster or slower than their fastest lap. And, because so much data is recorded, they can use it to analyse where they can make up time – just like Lewis Hamilton. 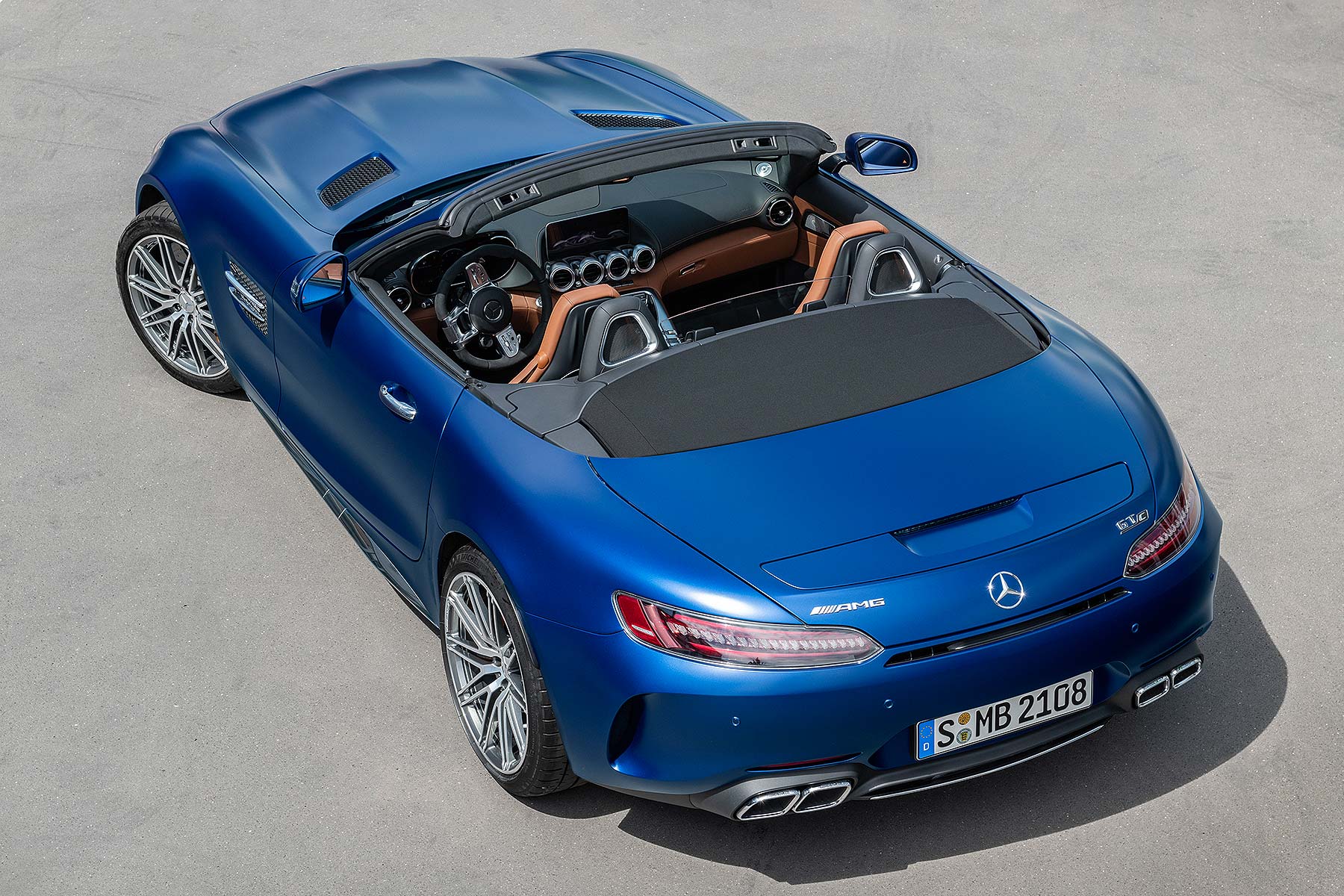 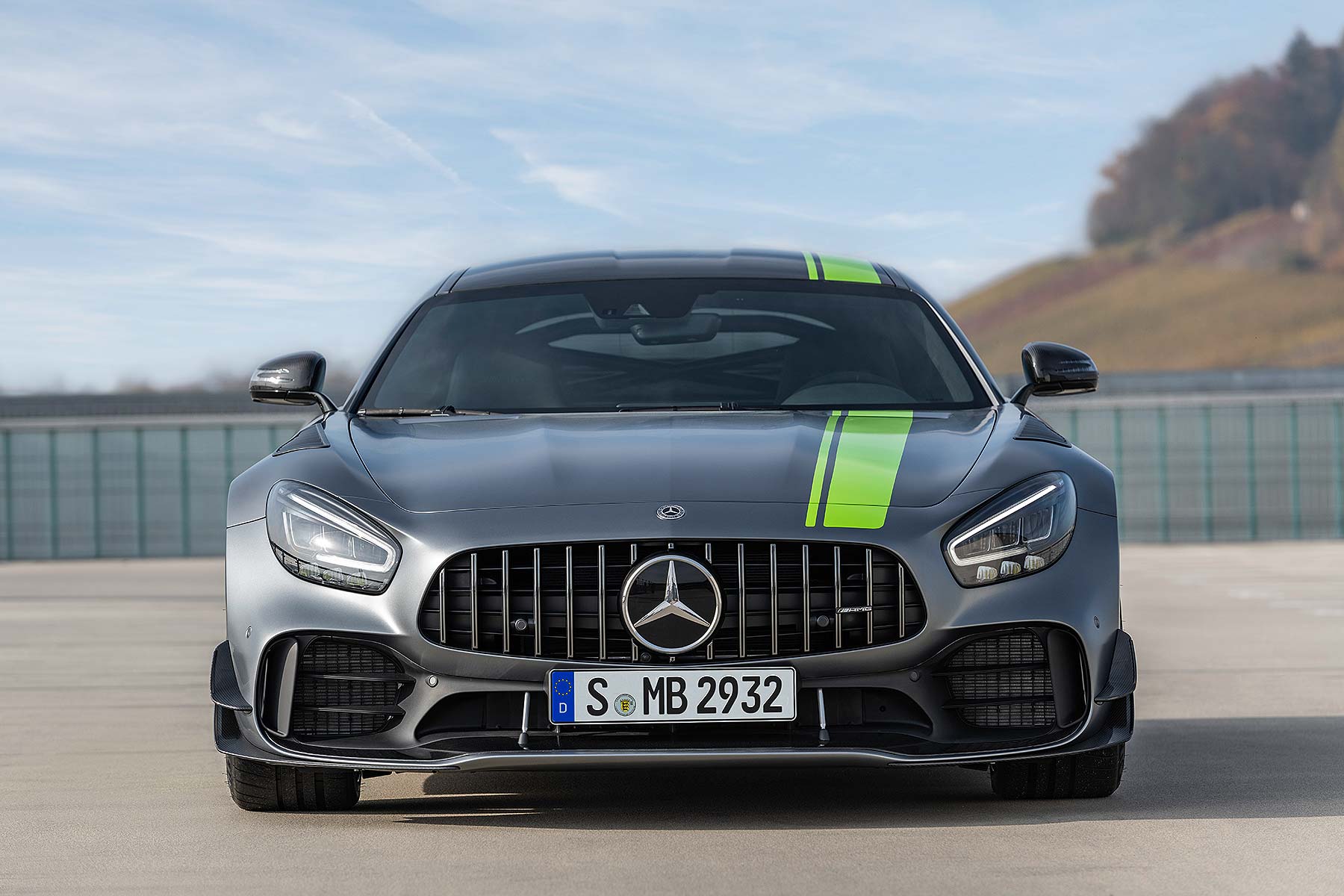 And now the one you’ve been waiting for. The limited-run AMG GT R Pro uses tech from the AMG GT3 and AMG GT4 racing cars, focused in four areas: suspension, lightweighting, aerodynamics and styling.

There is a broader range of adjustment for the coilover suspension: not just spring pre-load, but compression and rebound of the dampers, too. There’s a carbon fibre front torsion bar, exotic Uniball spherical bearings for the upper wishbones and a carbon fibre underbody panel at the rear to stiffen the bodyshell further at high speed. 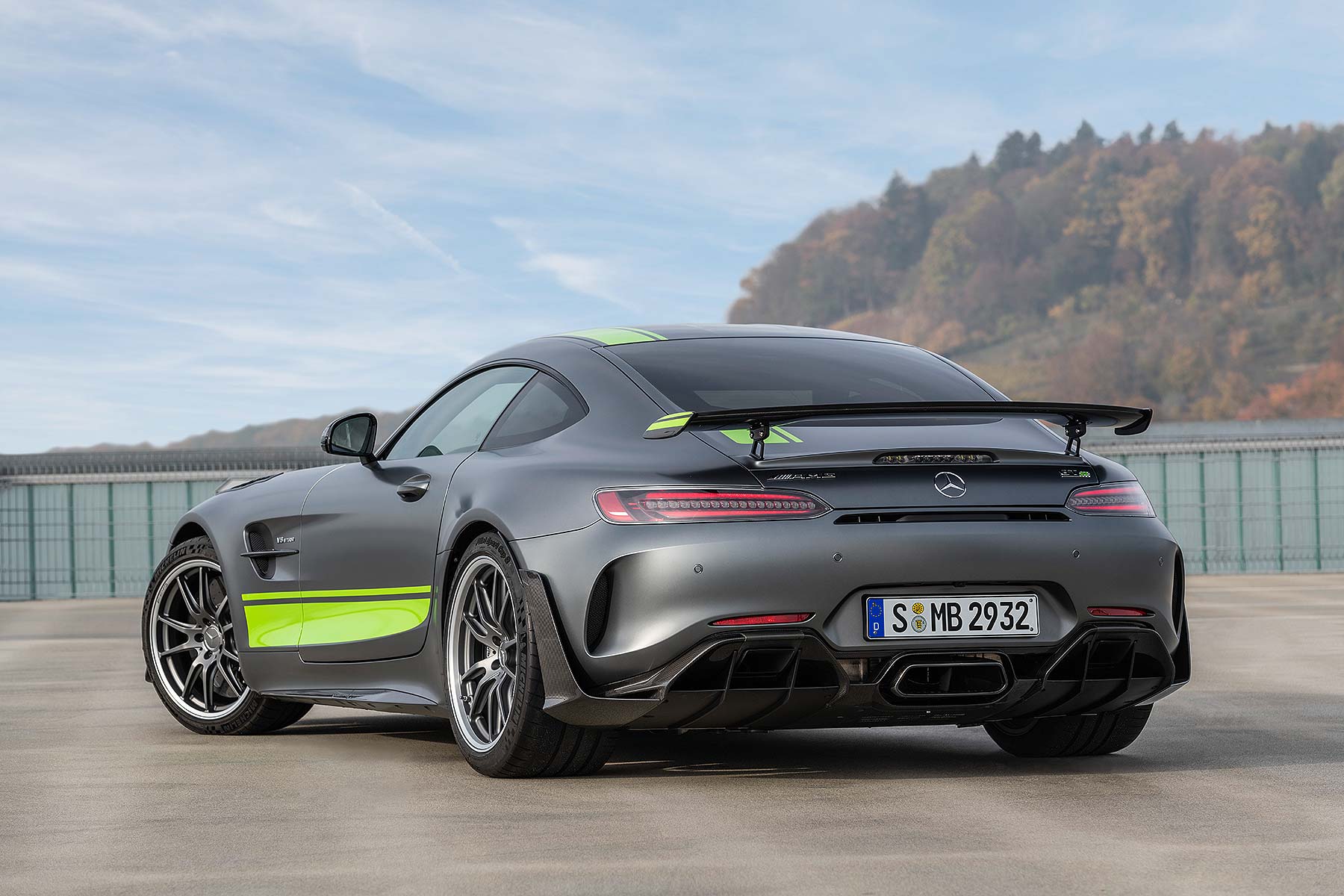 The AMG GT R Pro comes with the Track Pack as standard, which comprises a roll cage, four-point harnesses and a fire extinguisher. Carbon fibre bucket seats are installed inside, and carbon ceramic brakes with black calipers should haul it down tirelessly from high speed. 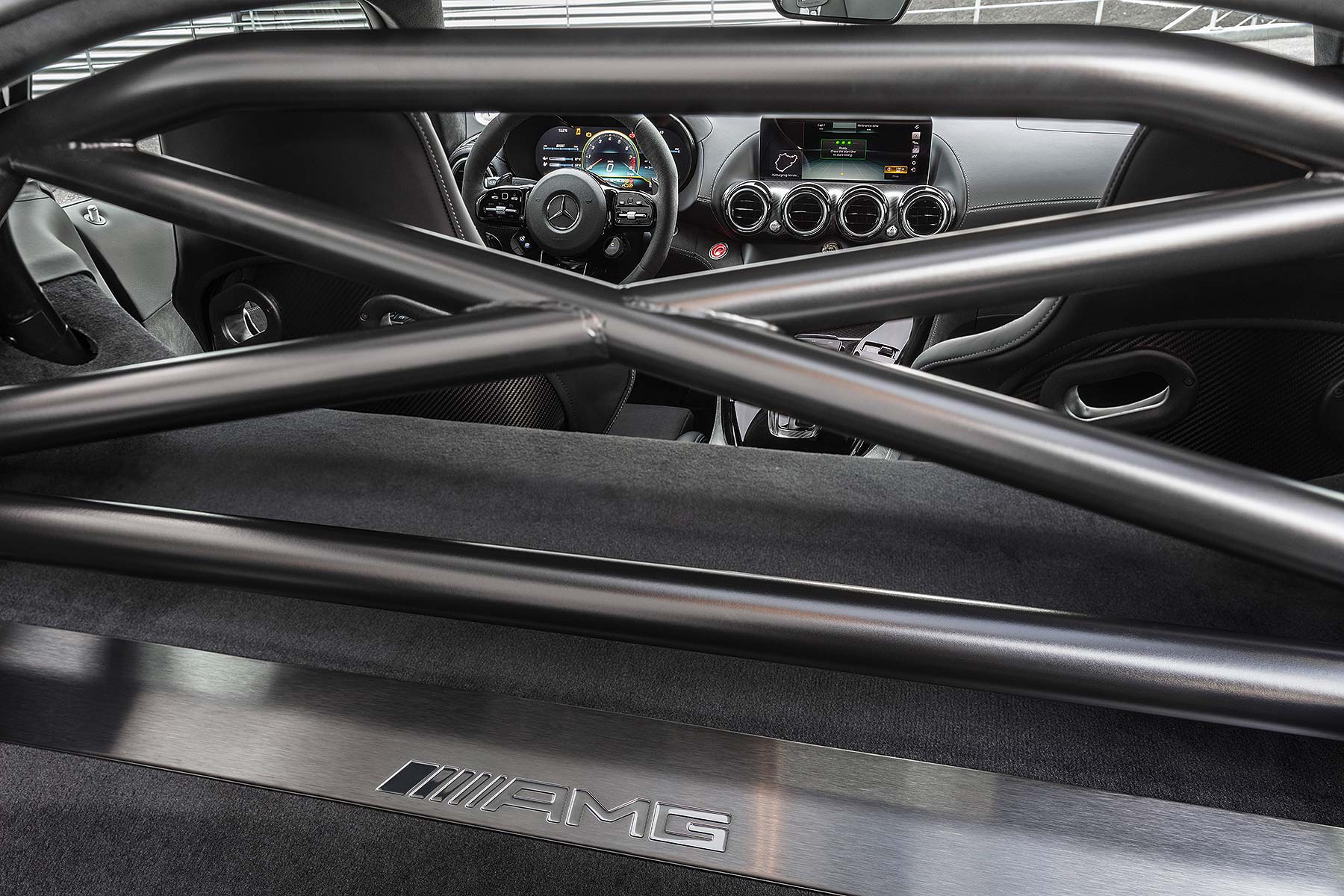 There’s more: the front apron gets aero-honed outer ‘flics’ in clear carbon fibre, an extended front splitter (held by metal braces) and louvres in the front wings, like those seen on the Porsche 911 GT2 RS. They reduce front-end lift at high speed. 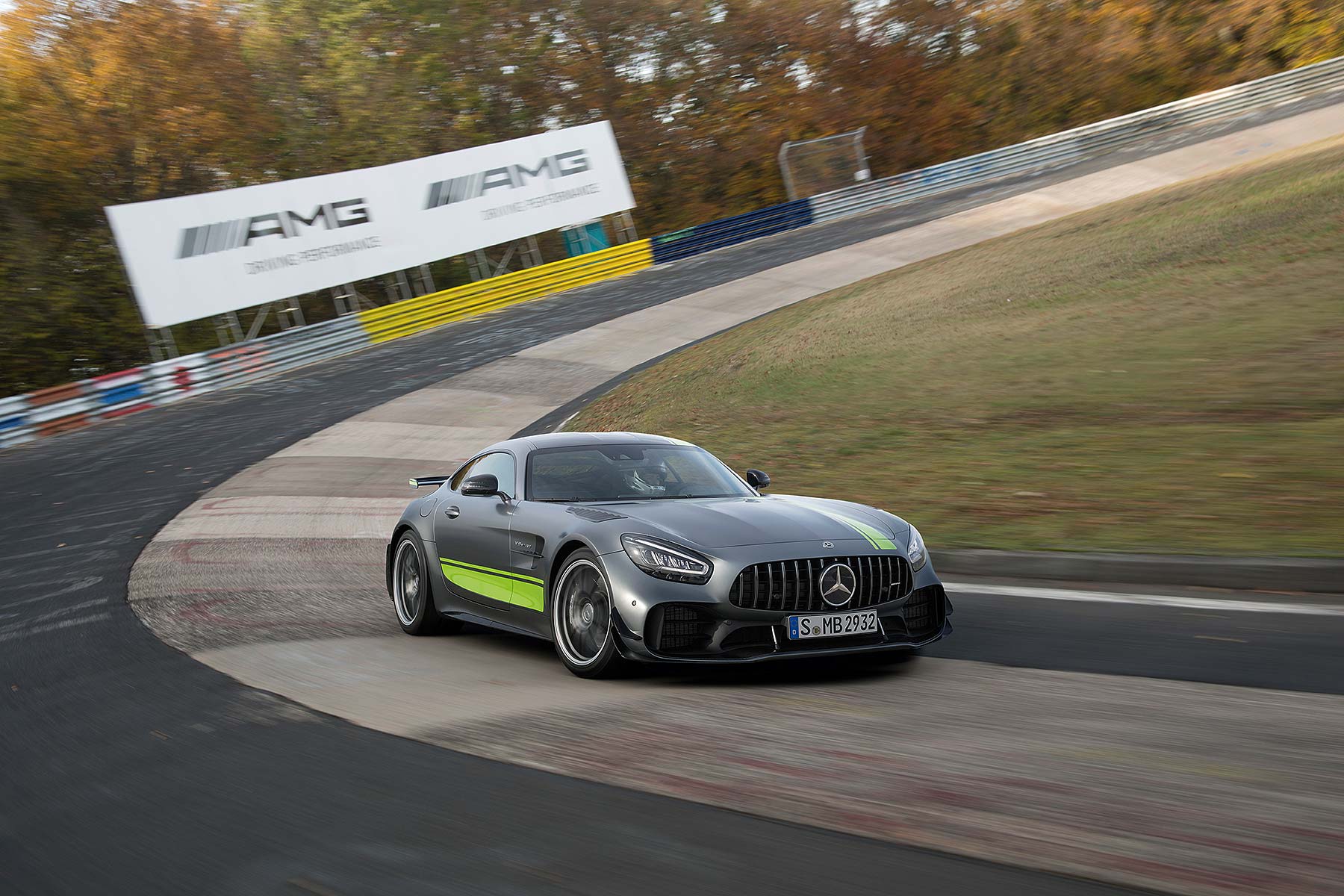 A clear carbon fibre aero element on each rear wheelarch stabilises the rear aerodynamics, and the wing has an added spoiler lip ‘gurney’ – and sits on milled aluminium brackets. 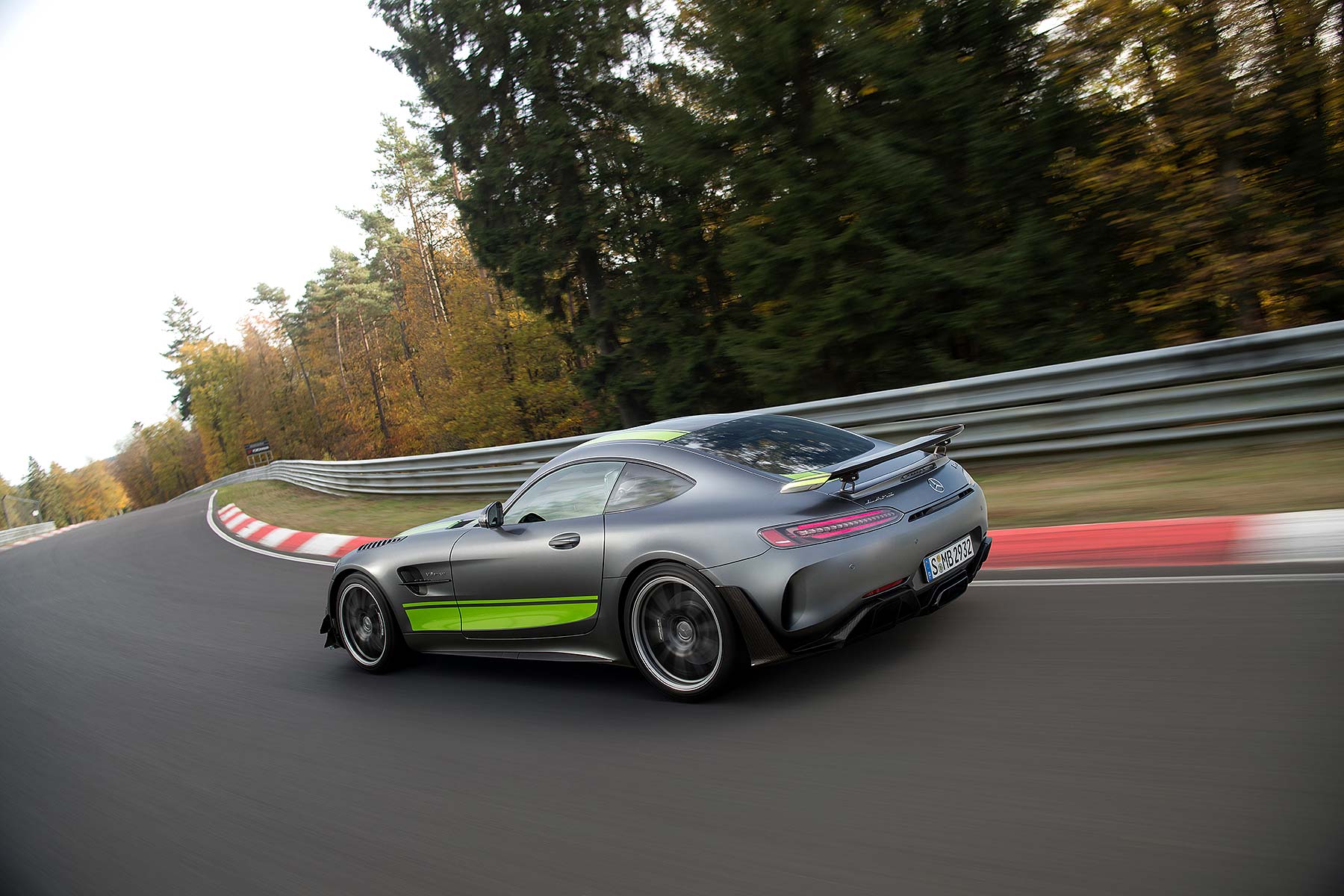 As if all that wasn’t enough to spot it, Mercedes-AMG has fitted racing stripes to the GT R Pro, in light green when combined with Selenite Grey paint, and dark grey with other colours. Perfect for setting off the standard carbon fibre package – although they are a delete-option if you’re a spoilsport.

“The agile responses to all driver commands and the overall performance now deliver even more of that incomparable feeling that our racing drivers experience on the track.”

And there’s already a Nürburgring time to prove it. Maro Engel recently drove a disguised prototype around in 7min 4.63sec, ‘considerably bettering’ the time for the regular GT R. This was on a cool autumn day , suggesting there’s plenty more still to be unlocked. Could it go sub-seven minutes?