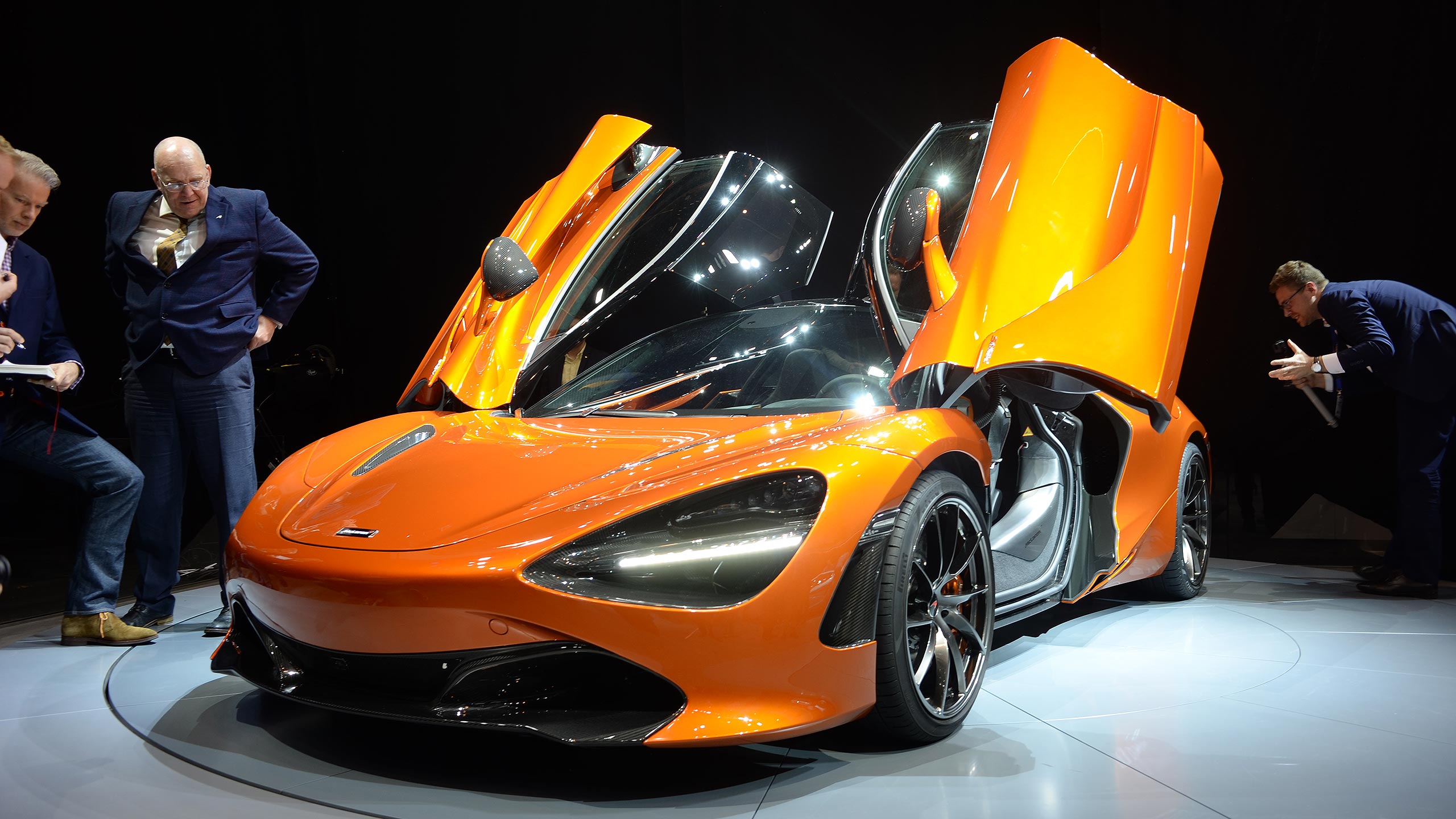 The opening act for the second-generation of McLaren’s mid-range ‘Super Series’ of cars, and the replacement for the current 650S Coupe. It’s a big deal for McLaren, as this represents the core of the supercar range it offers, and comes with great expectations as the brand develops further. With more power, a new carbon fibre chassis, improved aerodynamics, and a bold new look the Woking-based firm has gone all out with the 720S. 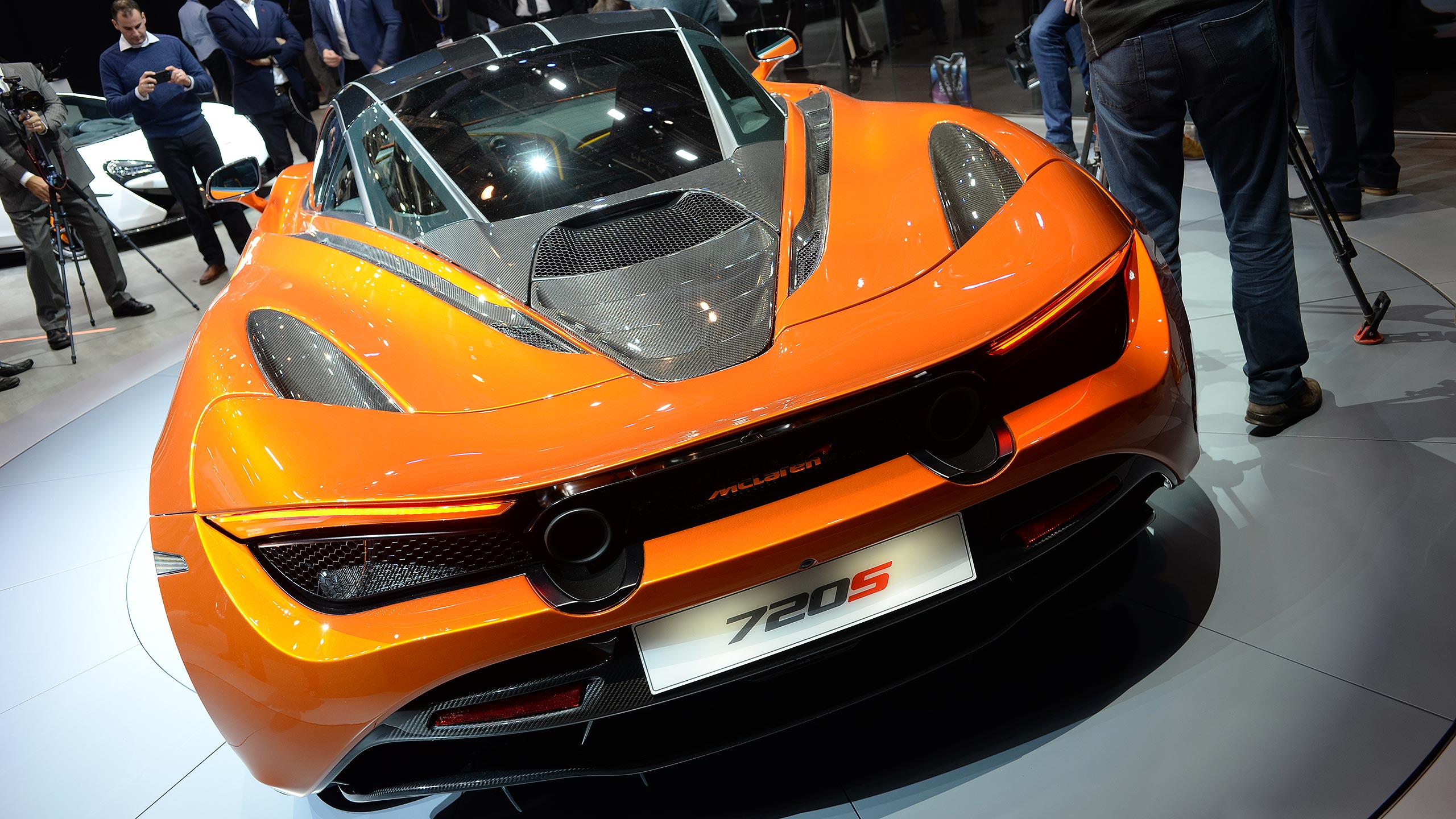 Mid-engined and with rear-wheel drive, the 720S is a classic in terms of supercar setups. A carbon fibre chassis, featuring the excitingly named ‘Monocage II’ structure, surrounds a new twin-turbocharged 4.0-litre V8 engine and seven-speed dual-clutch gearbox. In true McLaren style, progress has also been made on enhanced carbon-ceramic brakes, revised suspension, and even greater steering feel. 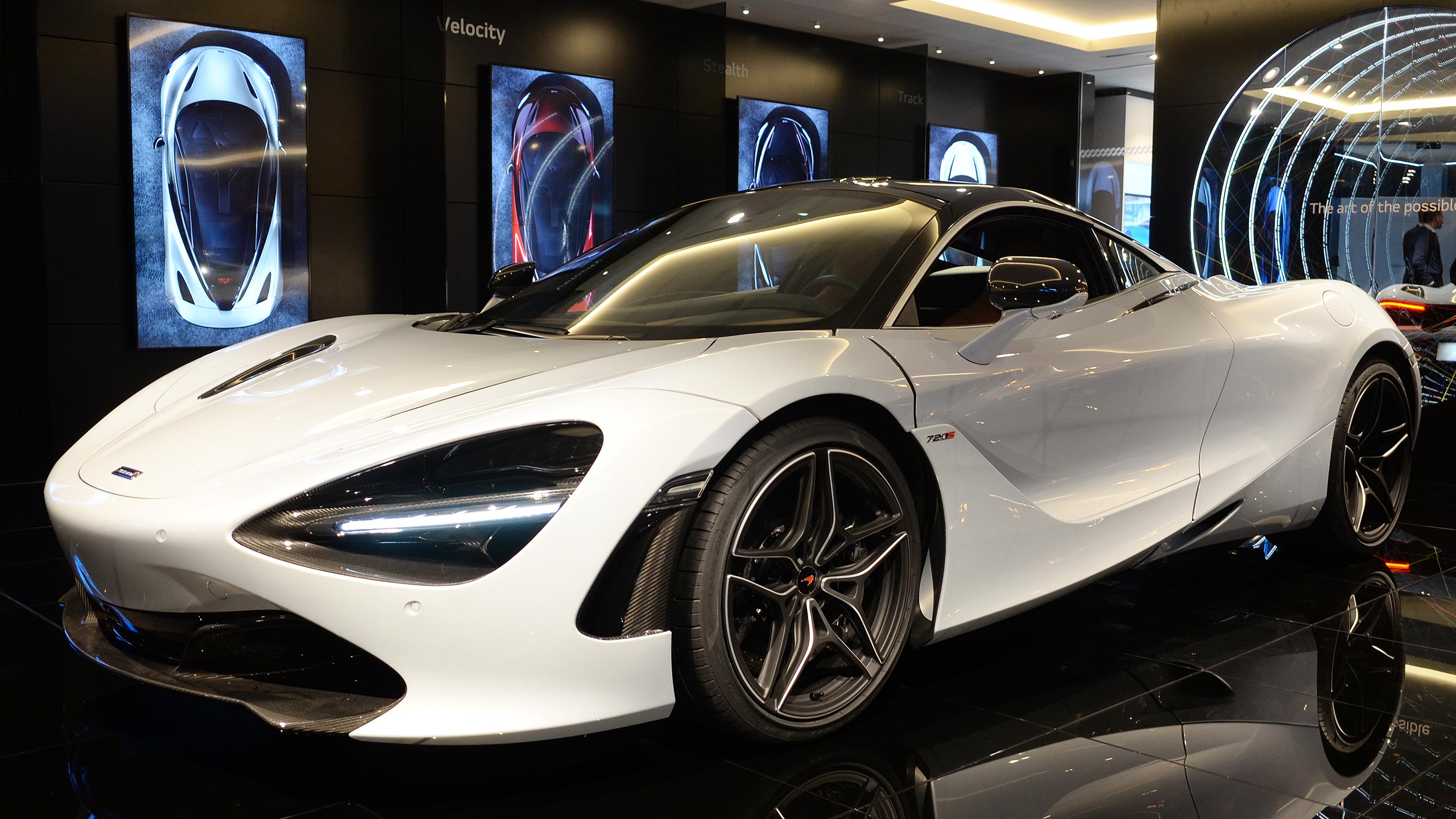 Fast. Oh, so very fast. As the name suggests, there is 720hp produced from the new engine, along with 568lb-ft of torque. With less weight to move than the outgoing 650S, it makes the 720S astonishingly rapid. 0-62mph is done in just 2.9 seconds, 0-124mph in 7.8 seconds, whilst the top speed runs all the way to 212mph. Thankfully the 720S features 30% more downforce than the old 650S, despite increased aerodynamic efficiency over its predecessor. 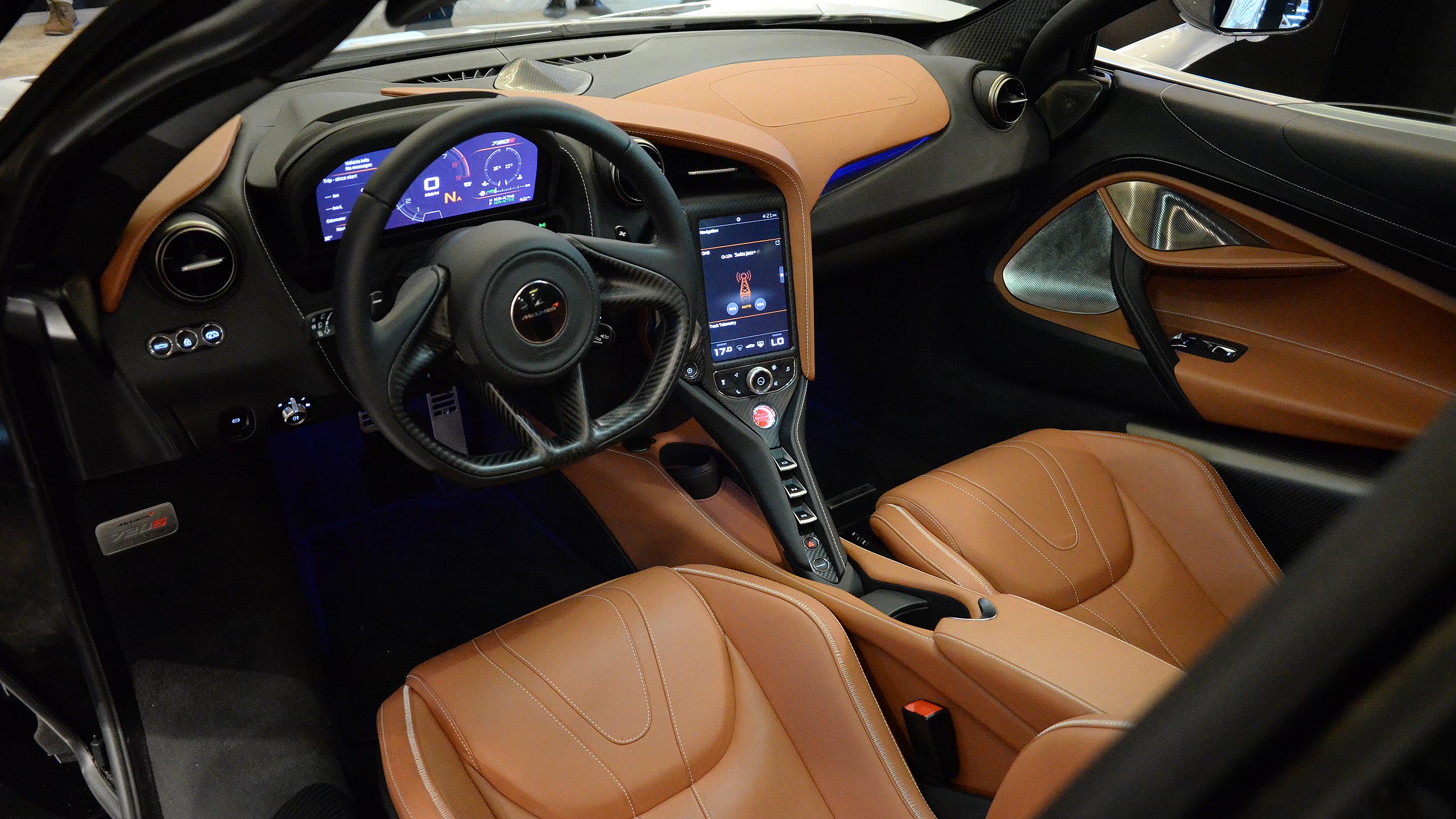 Where do we start? From F1-inspired ‘McLaren Brake Steer’ that reduces understeer by slowing the inside rear wheel, to ‘Variable Drift Control’ which allows the driver to set preferred levels of oversteer angles, the 720S is packed with technology. In fact, it’s actually university educated, with new car control software based on algorithms developed with the University of Cambridge. Gearshifts have also been improved with new software, allowing the 720S to change cogs quicker and harder than even the 675LT. 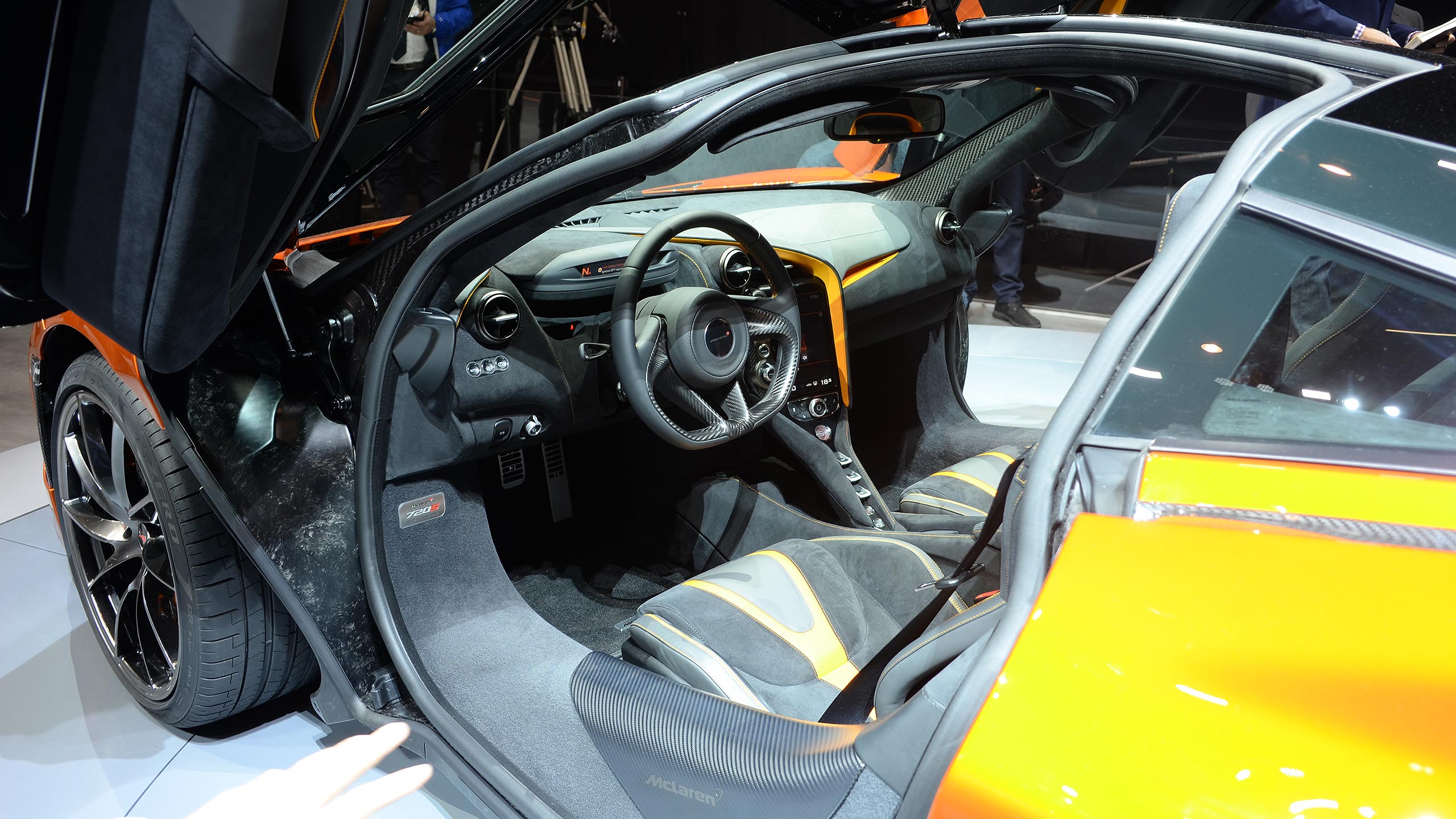 McLaren reckons this is their most luxurious and sophisticated interior to date, with improved ergonomics and a greater sense of space. However, the big party piece of the 720S is the new ‘Folding Driver Display’ instrument panel that can flip between being a full TFT display, or a slimline infobar with minimal details. An 8” central touchscreen for adjusting multimedia and car settings is now more driver focussed, with revisions to the telemetry system for recording your track day antics. 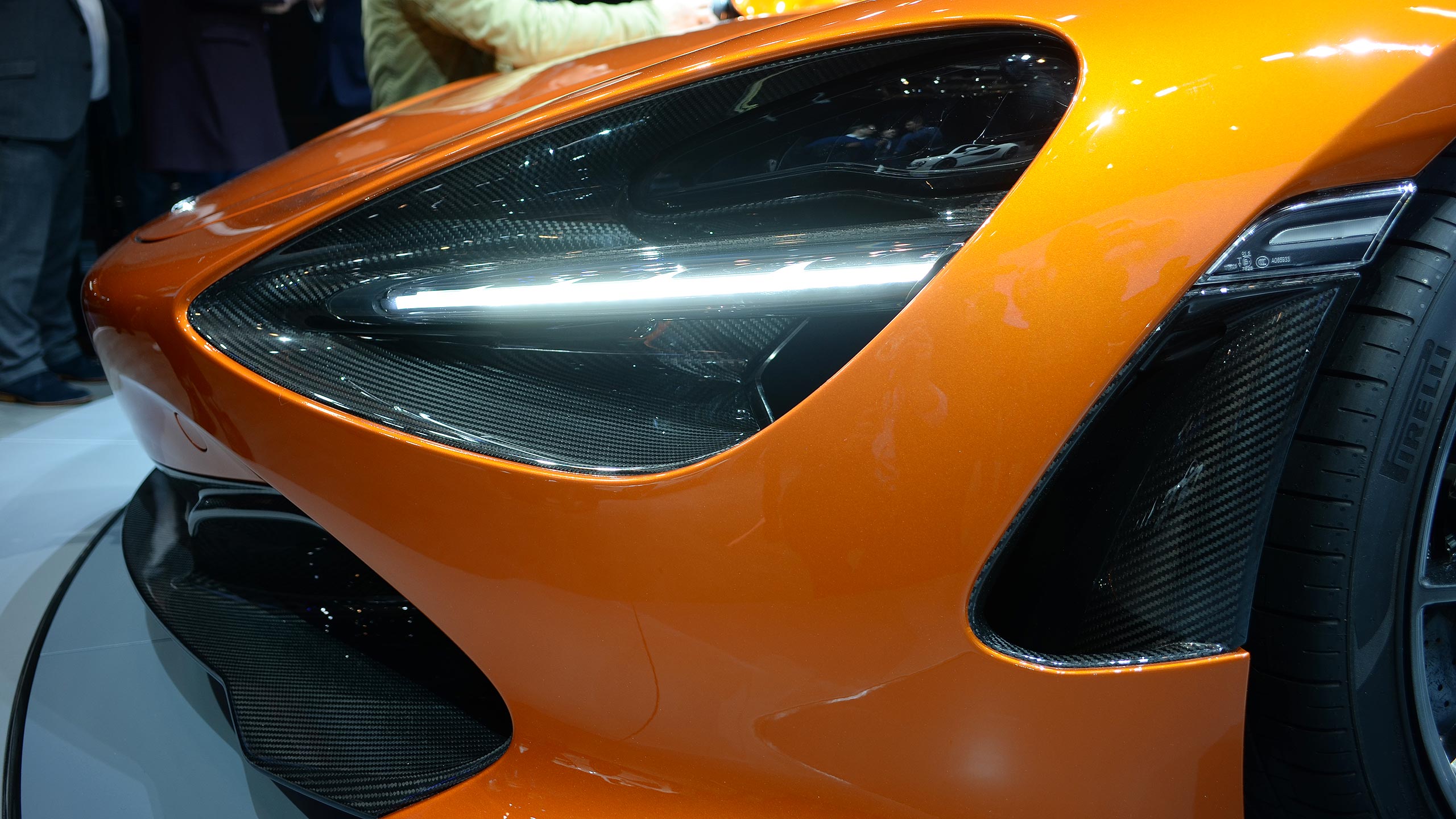 Despite all the new technology and improvements, McLaren reckons prices will only be 5% higher than the current 650S equivalent. That should mean starting at around £205,000, and rising rapidly should you decided to pick options such as super lightweight forged alloy wheels or extra carbon fibre trim. It does at least come with a three-year warranty. 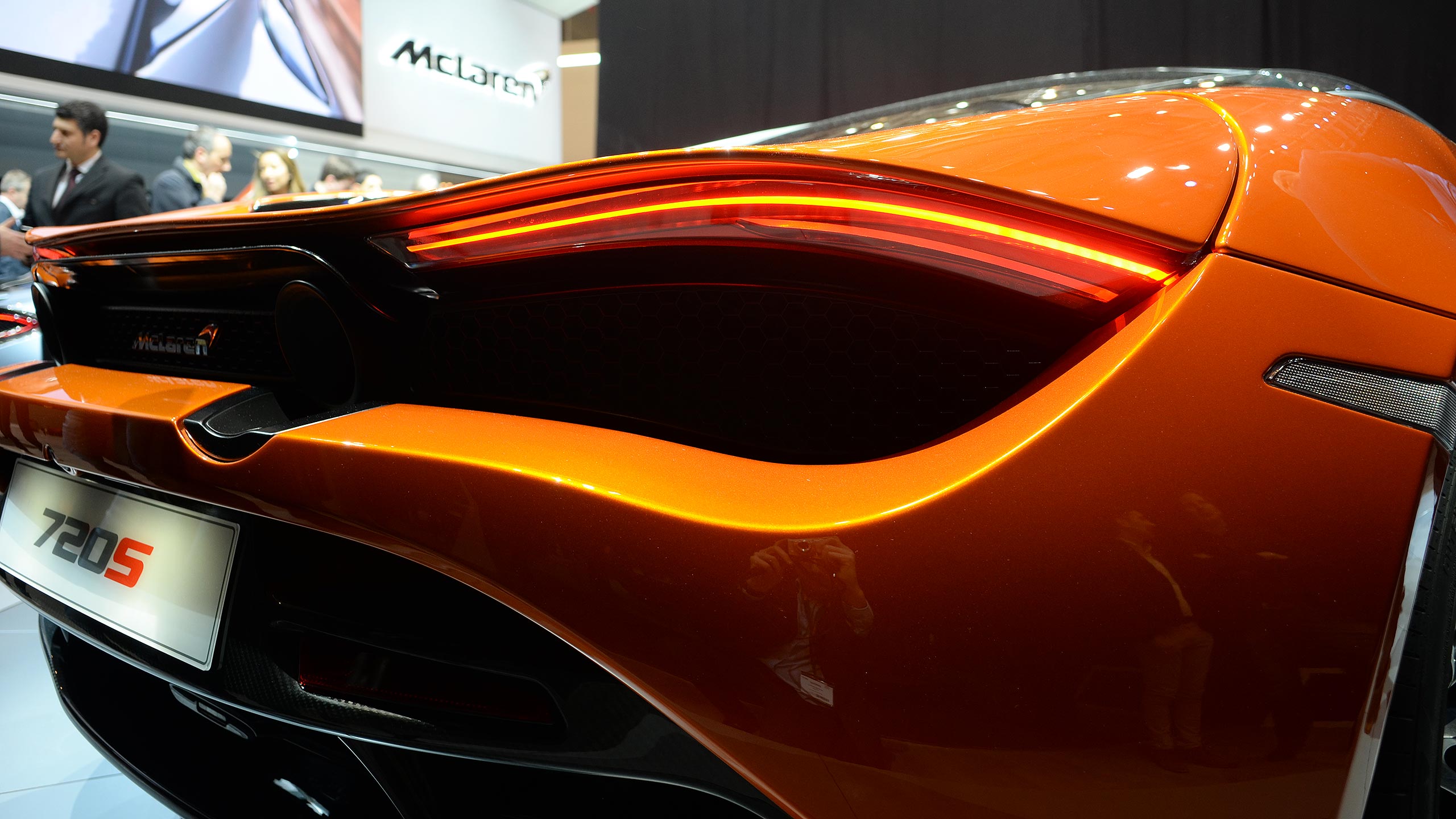 If you’re looking for the ultimate mid-engined supercar, in this price range your choices are going to include the Ferrari 488 GTB, although it lags behind with only 670hp. The Lamborghini Huracán is also a contender, whilst the Audi R8 and Porsche 911 GT3 RS offer up cheaper alternatives. 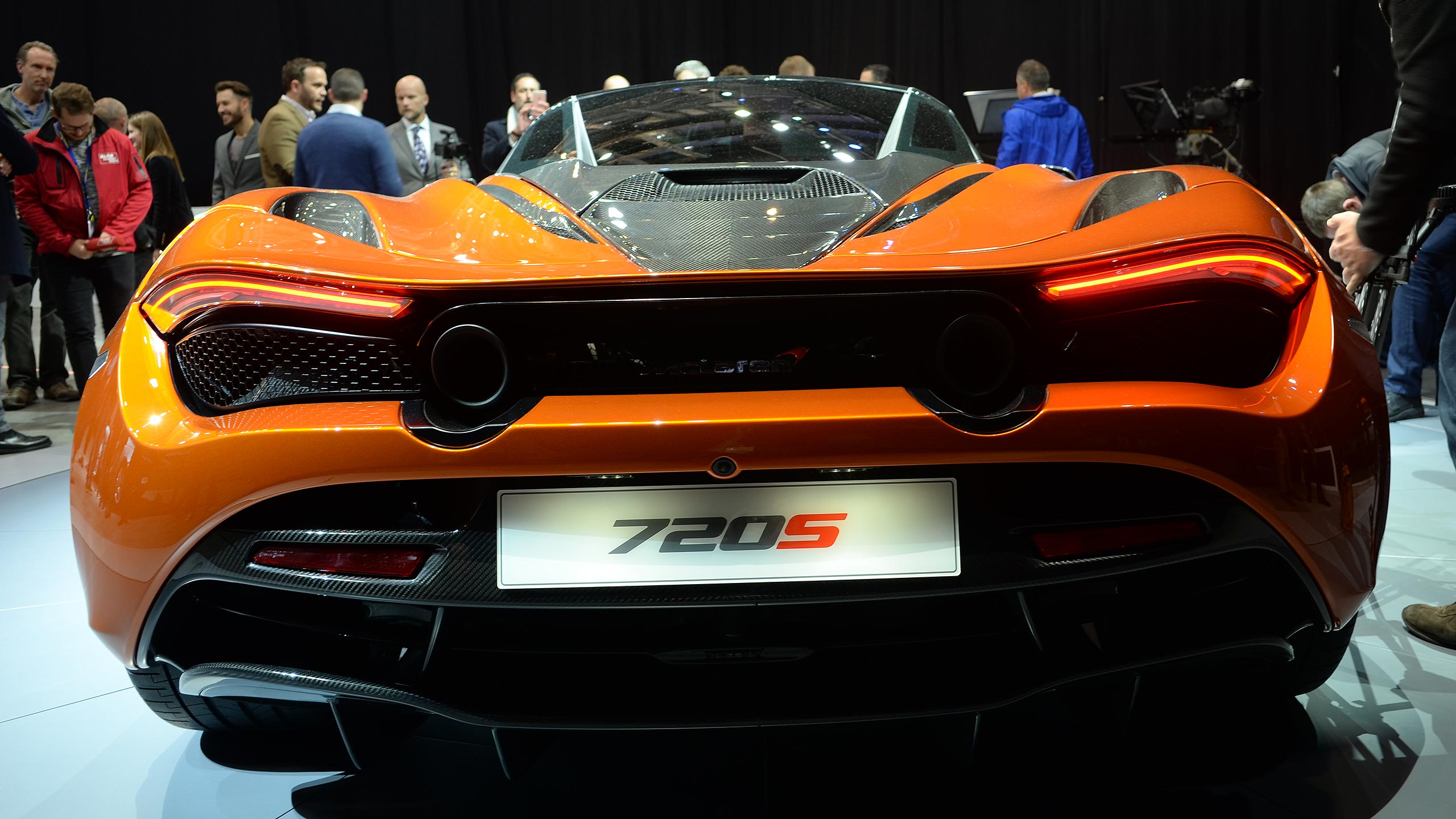 Potential customers have already had their own private preview of the 720S, with first deliveries due in May of this year. So you can get on the phone to your local McLaren dealership immediately, once you’ve picked from a range of 20 different colours, or created your own custom hue. 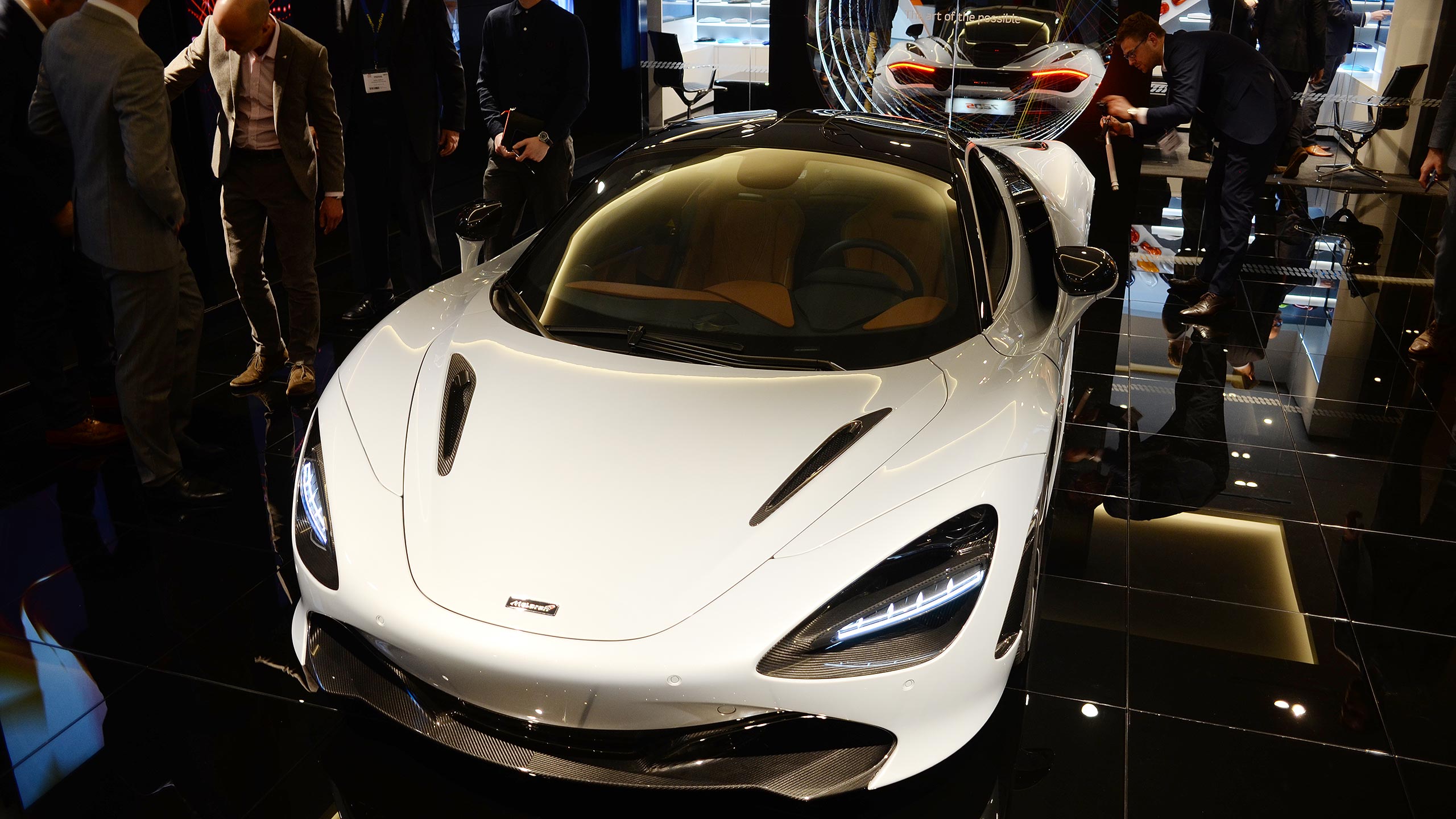 Any new supercar brings with it a buzz of excitement, but the dramatic new styling of the 720S and the comprehensive overhaul under the skin make it a big deal. Those looks will undoubtedly be the biggest talking point. 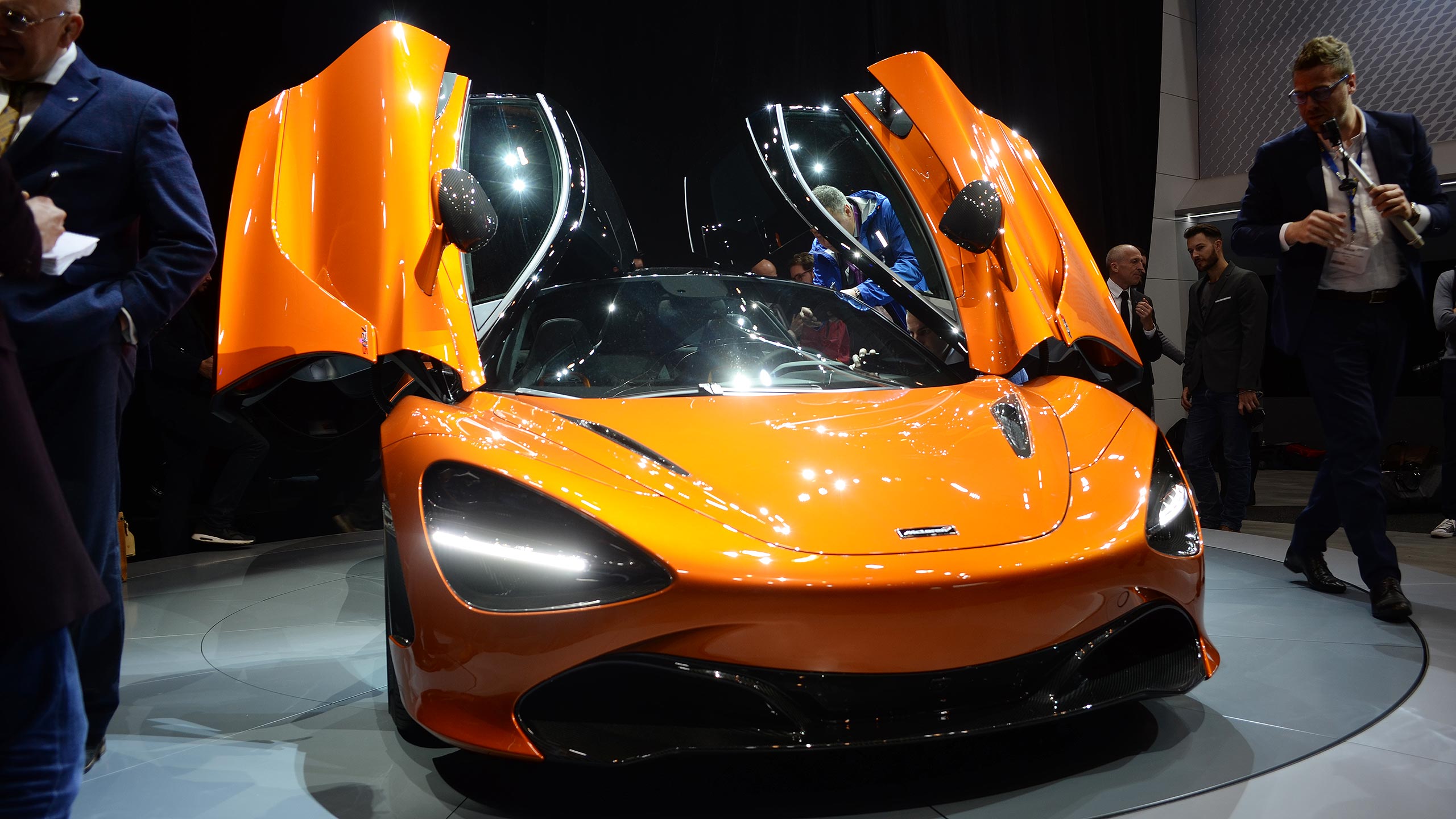 With the latest generation of the Sports Series, McLaren faces the challenge of avoiding the ‘awkward second album’ syndrome after delivering a hit with the 650S. Potentially divisive styling aside, the 720S features an array of new technological improvements and updates that will make it hard to ignore, and potentially hard to beat.