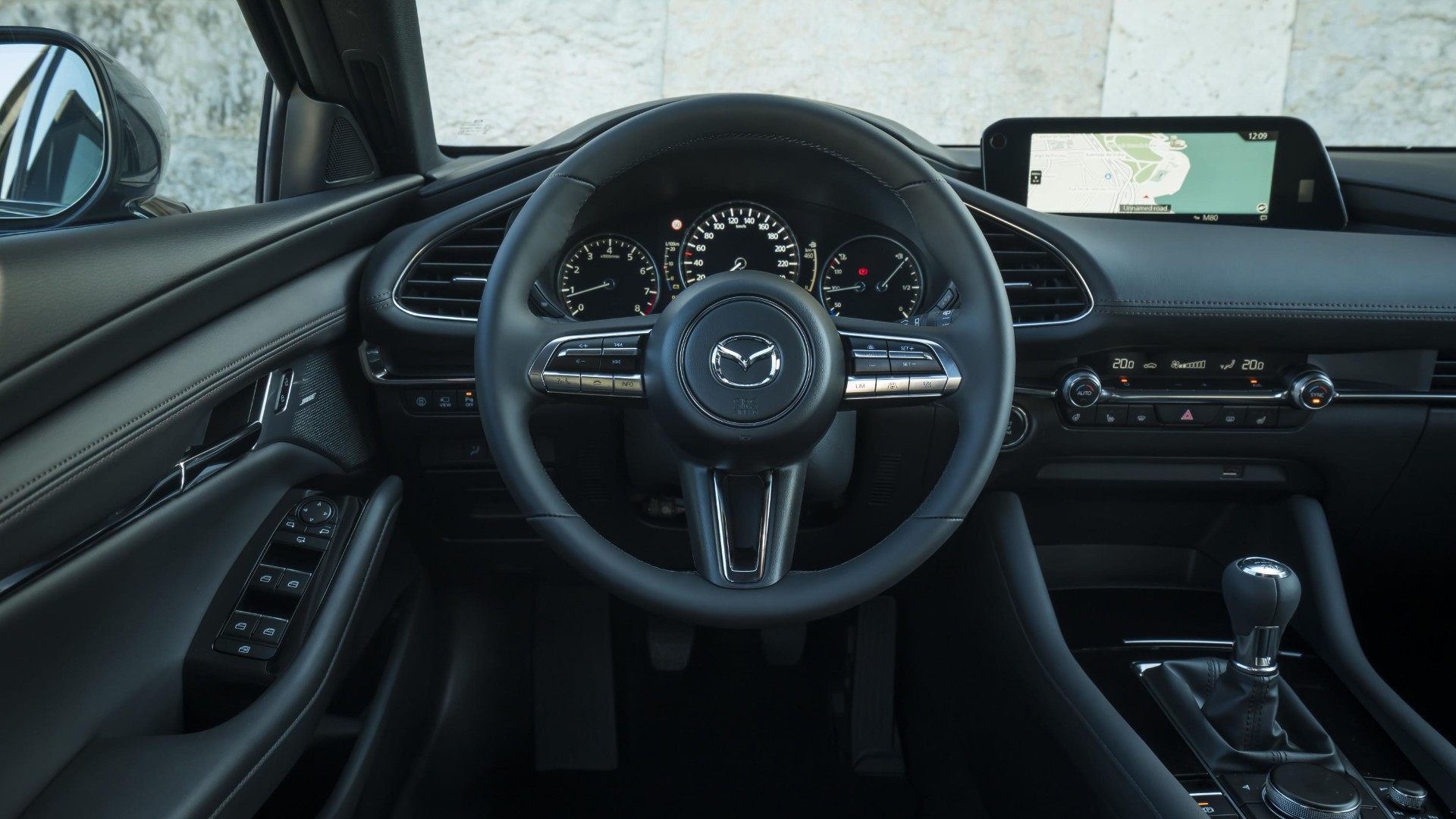 Mazda has begun the eradication of touchscreens in its cars, starting with the new 3 hatchback. It’s often a marque to buck prevailing trends, but never without reason, and this latest dismissal of dashboard touchscreens is no exception.

Why get rid of touchscreens?

Touchscreens have been hot tech since they became mainstream over decade ago. They’re now getting up to a standard of clarity and responsiveness in our cars that we’ve been enjoying with our smart hand-held devices for the last 10 years. So why is Mazda ditching them?

There is method and logic in Mazda’s madness. Research has suggested that touchscreens can present too much of a distraction for drivers, finding usage both takes our attention away from the road, and affects our physical control of the car. 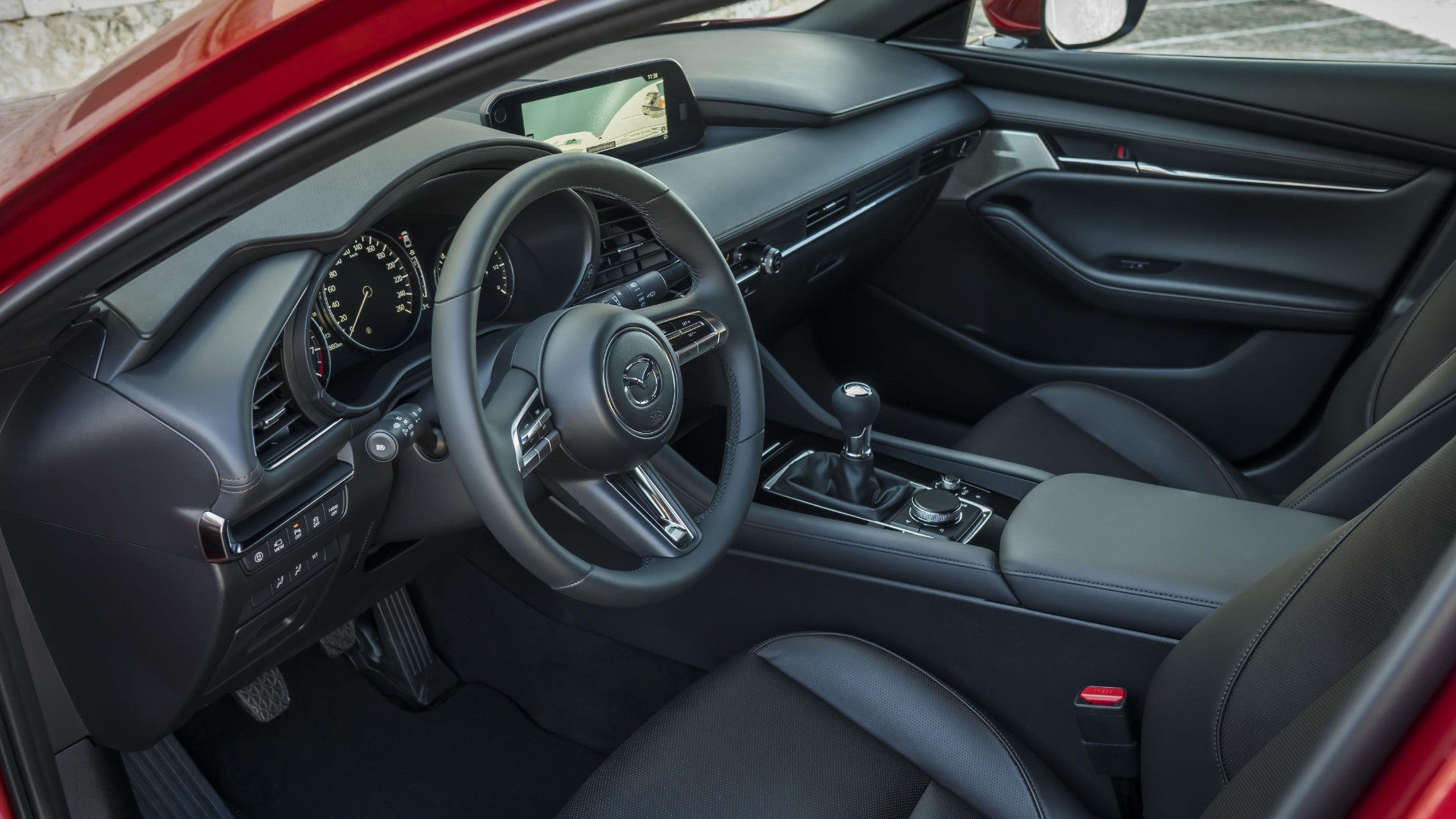 “Doing our research, when a driver would reach towards a touchscreen interface in any vehicle, they would unintentionally apply torque to the steering wheel, and the vehicle would drift out of its lane position,” said Matthew Valbuena, Mazda North America’s lead engineer for HMI and infotainment.

A troubling revelation indeed. Highways England has expressed a disliking for in-car touchscreens, too. Chief executive Jim O’Sullivan is quoted as saying “we don’t like them from a safety perspective” and that on-screen controls are “small” and “fiddly”.

Touchscreens require what Mazda calls ‘gross’ motor skills. These are large movements on our part to achieve specific goals. By our recollection, lifting your hand up to a screen and accurately pressing a ‘button’ has been a bit of a chore in some cars, and has felt like a distraction too far. 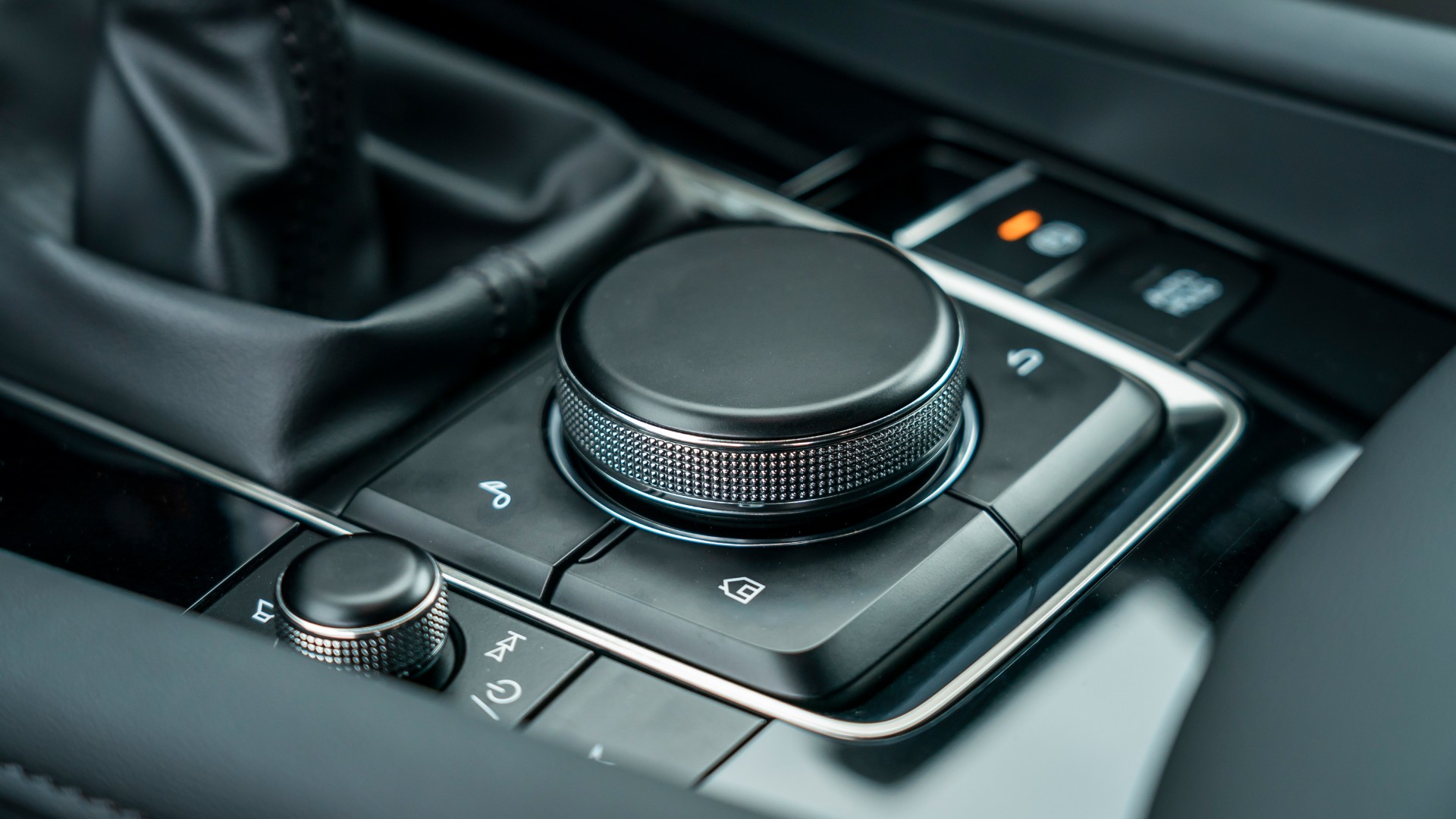 Mazda wants to revert to safer ways of delivering information and controlling in-car systems. As for the former, head-up displays gain favour given they require less of a transition in focus with your eyes.

In short, a head-up display is basically a part of the scenery as far as your eyes are concerned. Contrast that with a touchscreen that’s much closer and requires more of a re-focus. You’ll note in the cabin of the new Mazda 3 that the screen is further away, out of reach. Indeed, it doesn’t need to be in reach.

As for controlling systems? Mazda wants to go analogue, with physical toggles. In the 3 it’s the Command Controller, positioned naturally within reach. It requires what Mazda calls ‘fine’ motor skills, rather than ‘gross’, as above. These are small precise movements that require less concentration to achieve, and are staggered by the controls themselves – i.e. when toggles, spin-wheels and buttons ‘click’.

Why touchscreens are pursued 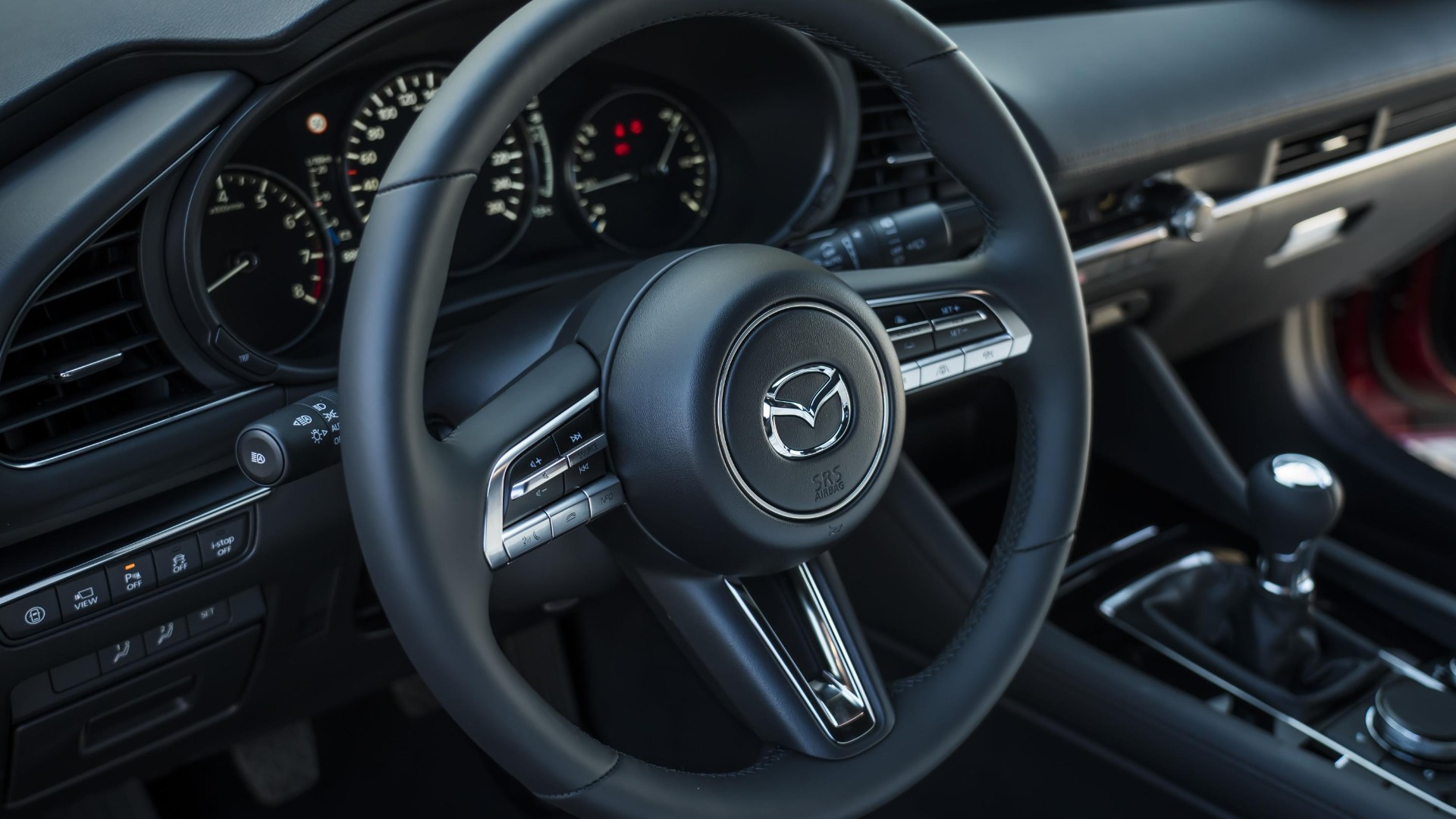 We would suggest that all who use touch screens in cars will feel pangs of uncertainty at some point about whether they’re safe.

Assuming that safety is in question, why are manufacturers sticking with them?

Well, reverting would literally feel like a backward step. Can you imagine an Audi A8 that replaces two giant touch panels with buttons once more?

On the button issue, too, touchscreens are simpler to tool for carmakers. Smatterings of buttons can be fiddly to both manufacture and use. Touchscreens can also pack a lot more functionality into a finite space. 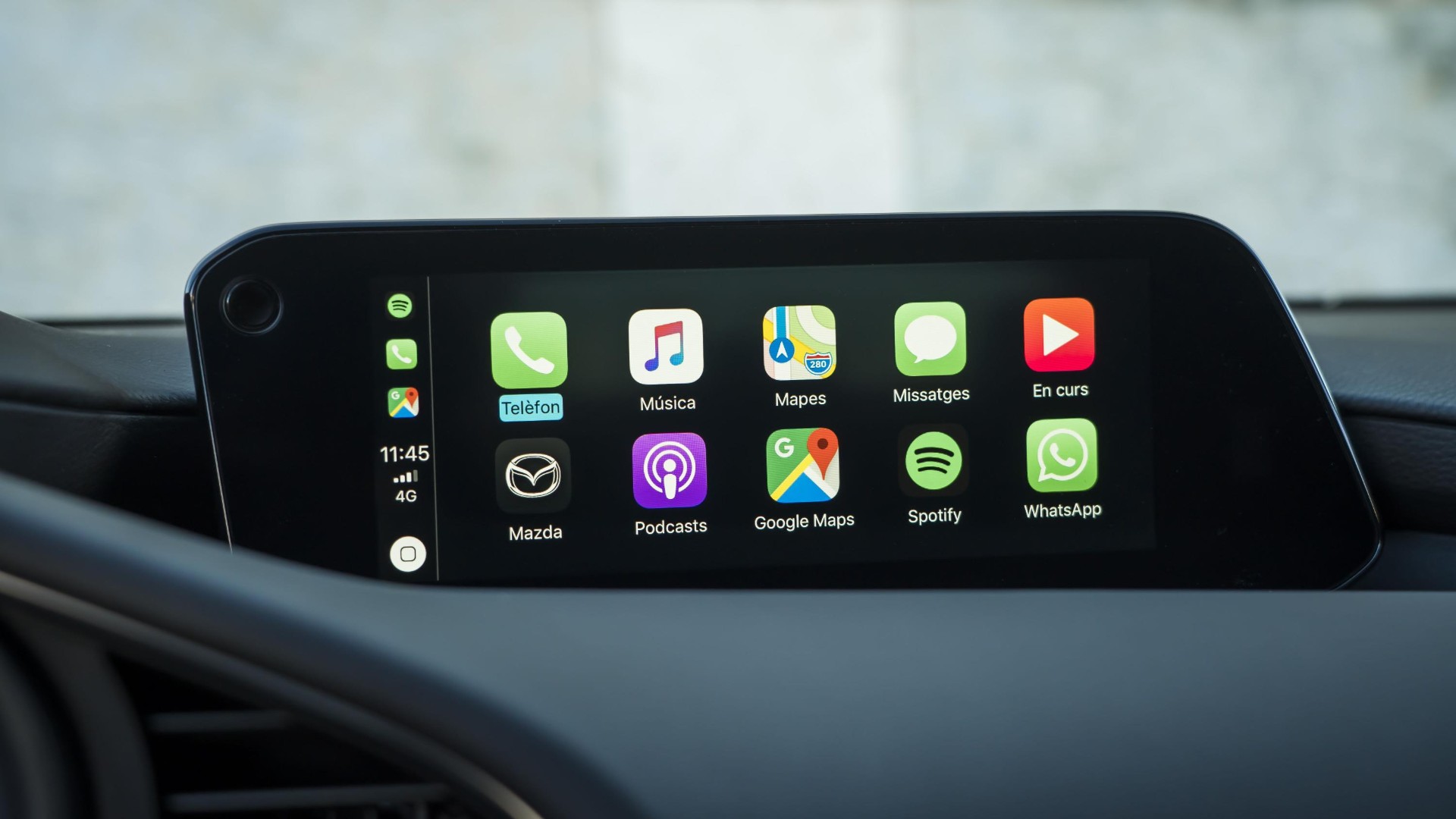 Then there are systems that are now being integrated. How does one control a touch interface like Apple Carplay with physical controls? That’s part of the reason Audi is discontinuing its rotary controller, allegedly.

Regardless, Mazda is the first to commit to persevere without touchscreens, for all the right reasons we’d say.