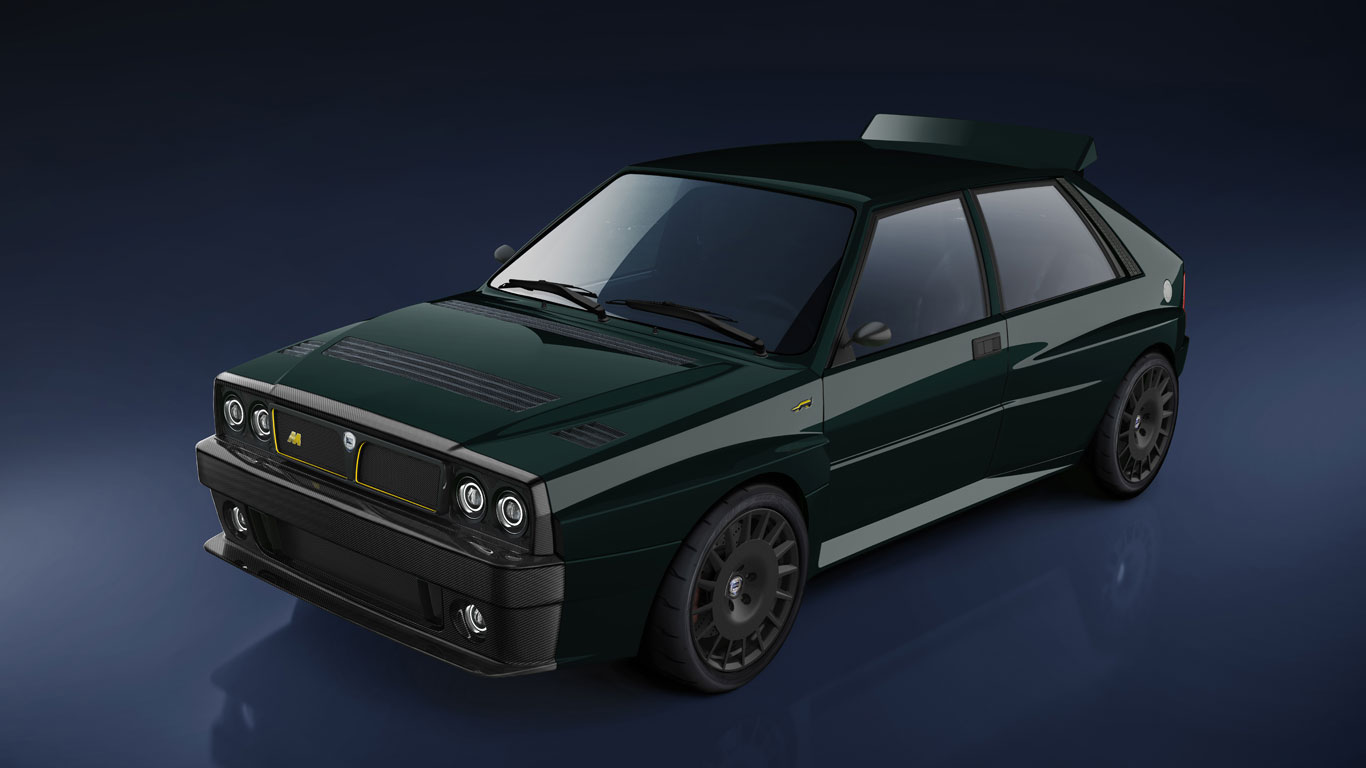 Is this the restomod we’ve all been waiting for? Automobil Amos is to the Lancia Delta Integrale what Singer is to the Porsche 911 and Eagle is to the Jaguar E-Type – the recreation and reimagining of a cult classic. It’s the brainchild of millionaire racing driver Eugenio Amos, and it’s making its debut at Grand Basel. 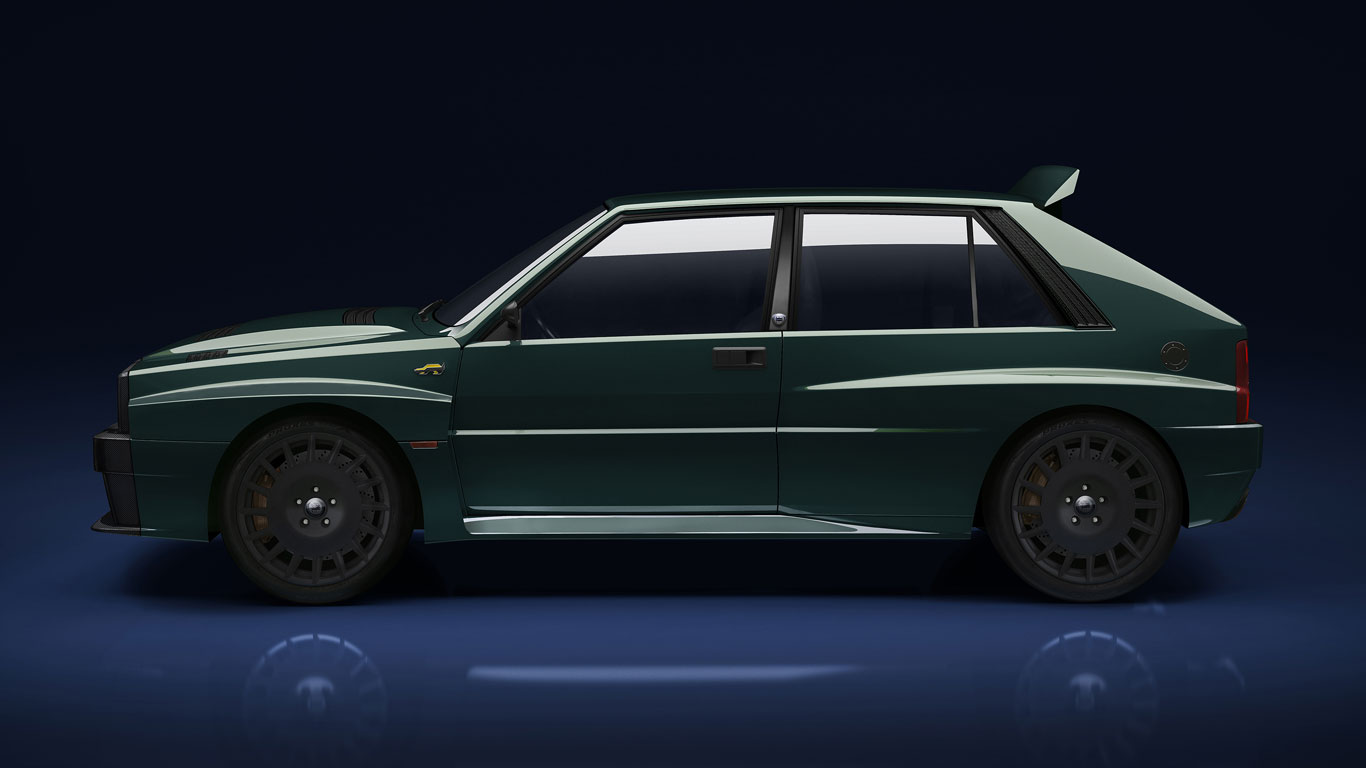 The first thing you’ll notice is that this modern interpretation of the 90s classic features three doors, rather than the original’s five. The Lancia Delta Futurista is said to feature more than 1,000 new parts within a wider body constructed from hand-beaten aluminium panels. The front end, while familiar to fans of the Evo 1 and 2, is made from carbon fibre. The car is light – weighing just 1,250kg.

Naturally, the interior is all new, while the Milan-based team has tweaked the powertrain to deliver 330hp, before thrusting the chassis and suspension into the 21st century. Keen not to dilute the purity of the donor car, Automobile Amos claims to have retained “the character and flair of the original”. 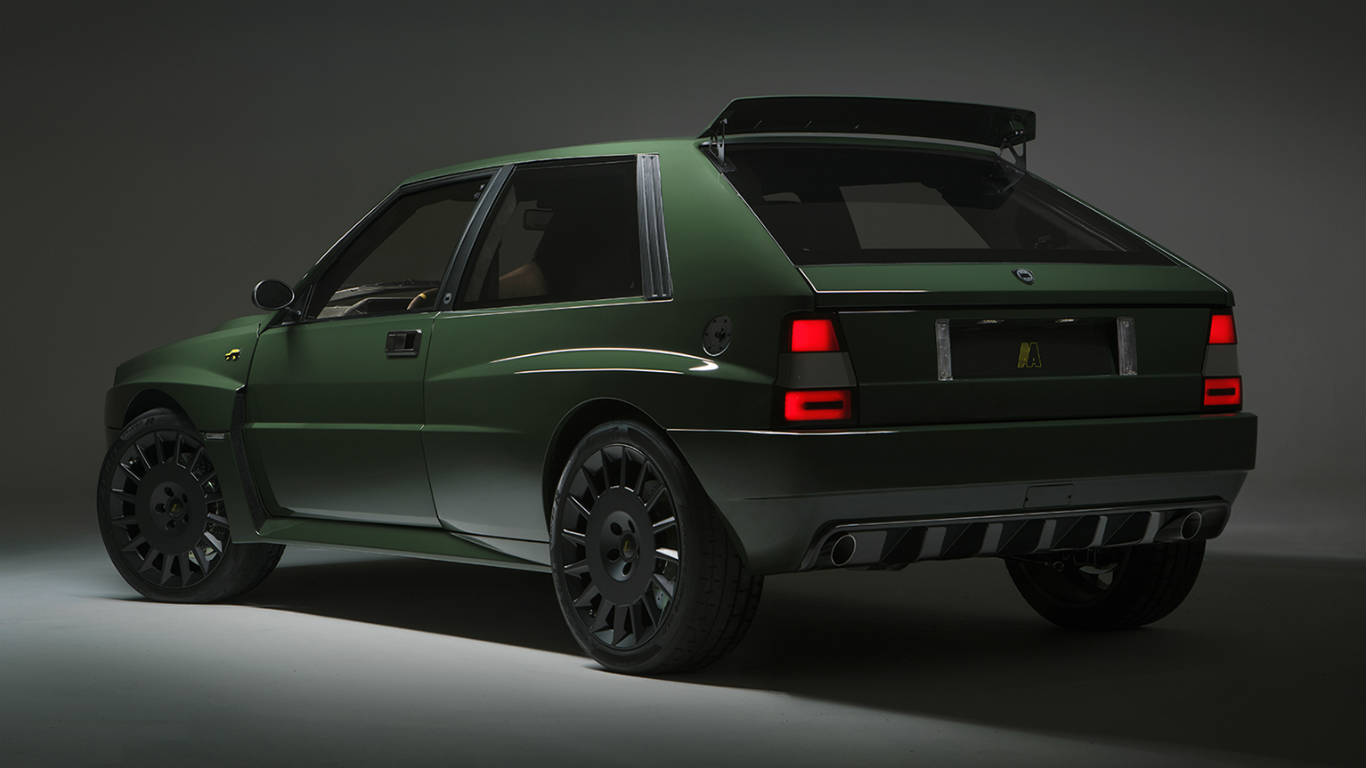 Each Delta Futurista will take four months to build and no more than 15 will be built. In an interview with Classic Driver, Eugenio Amos said: “The donor cars are standard Delta Integrale 16Vs because they’re much cheaper than the mythical Evoluzione models. And those need to be preserved, anyway.” Good news for Evo fans, not so good if you had your eyes on a tidy 16-valve. As for the price – bank on spending €300,000 (£270,000) for a back-to-the-future Delta. 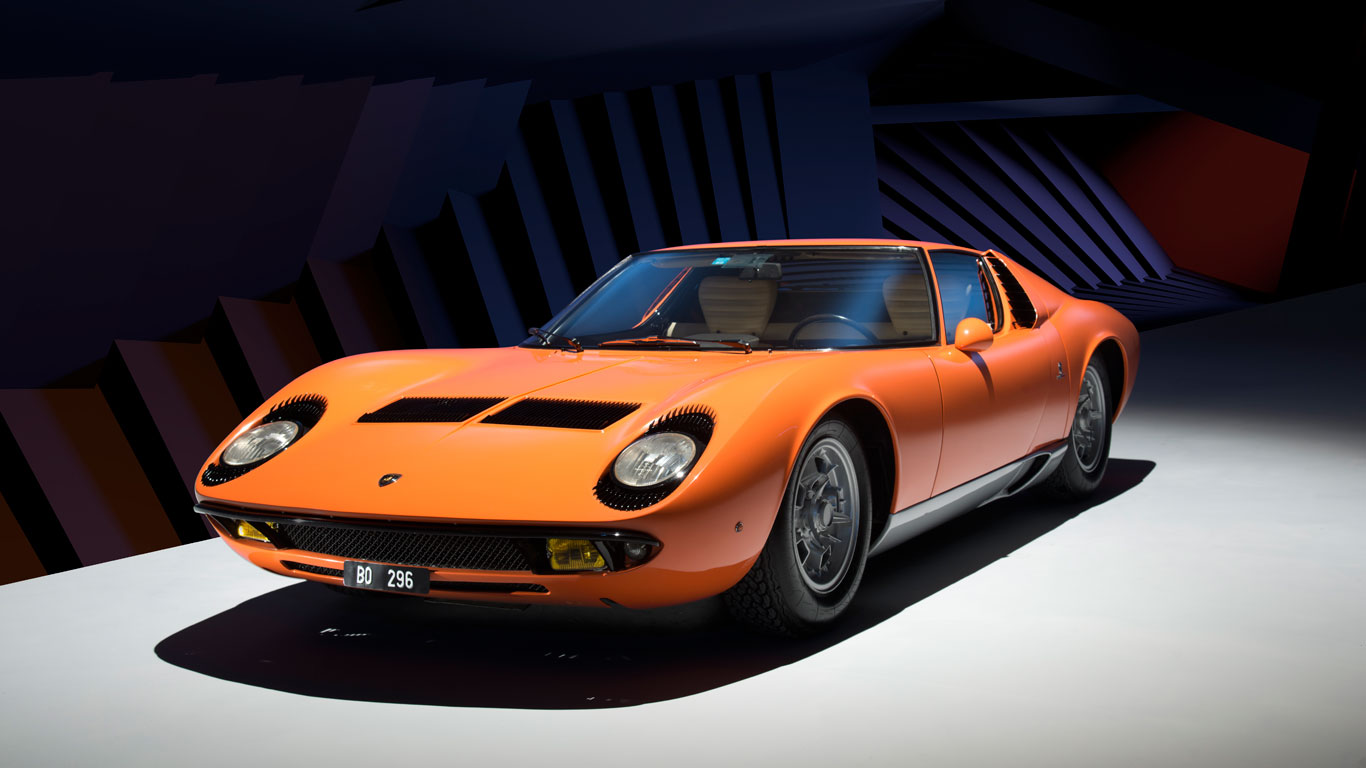 In 2006, Walter de Silva reimagined the iconic Lamborghini Miura, redesigning every aspect of the original while remaining true to its form. It made its official debut in Detroit to commemorate the 40th anniversary of the car’s introduction in 1966. You won’t find the 2006 concept or a 1966 model in Basel, so you’ll have to ‘make do’ with this 1968 Miura.

Marcello Gandini penned one of the most beautiful cars ever to grace this planet and propelled Lamborghini to supercar greatness. The Miura S arrived in 1968, complete with more power and an improved interior, before the Miura SV was launched in 1971. The ‘eyelashes’ were no more, but the SV was the definitive Miura. 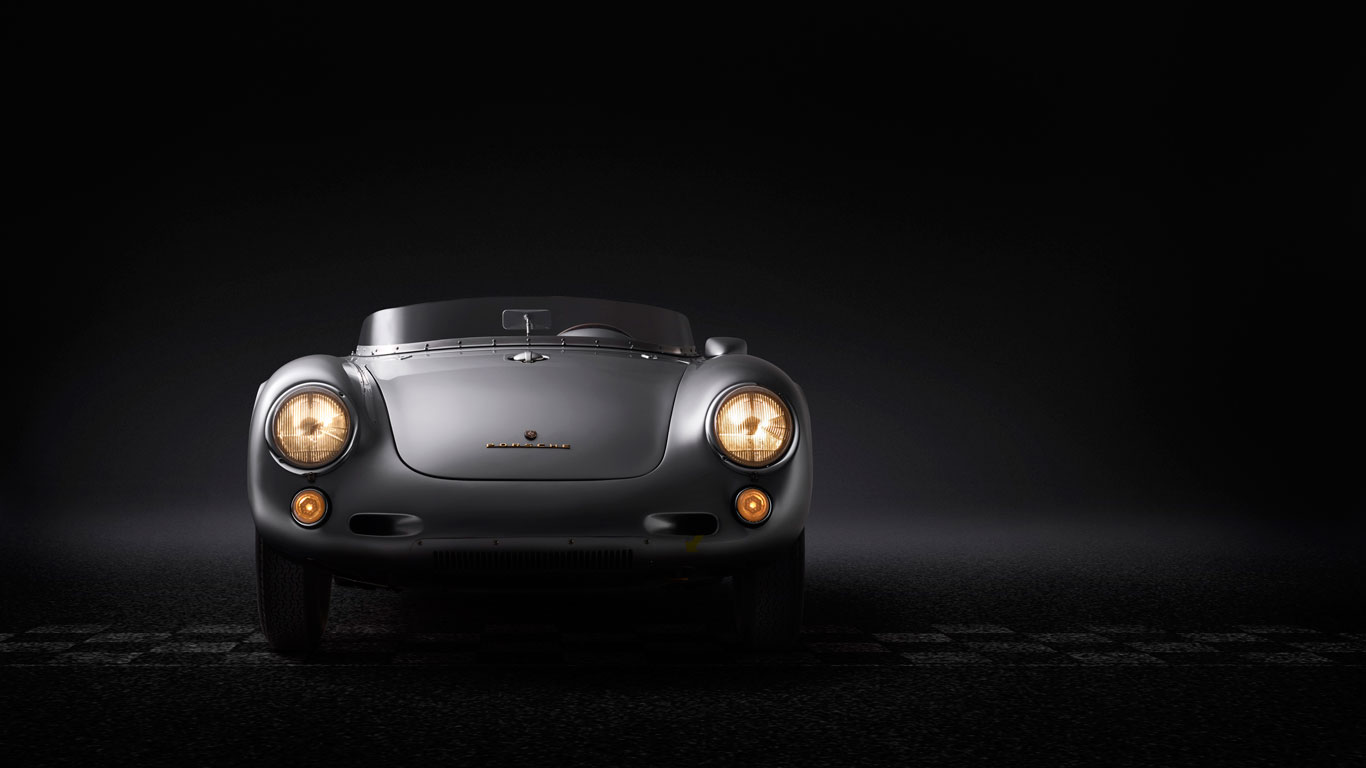 If you’re looking for further evidence to support the feeling that Grand Basel isn’t a common or garden motor show, take a look at this Porsche 550-1500 RS Spyder. Introduced at the 1953 Paris Salon, the 550 Spyder featured a four-camshaft engine, a four-speed gearbox and a differential lock.

Inspired by the Porsche 356, but designed with racing in mind, the 550 Spyder featured a light-alloy monocoque body that flowed from the front end, over the wings and to the rear. This aerodynamic and lightweight body combined with the new 117hp engine to create a devastatingly effective racecar. 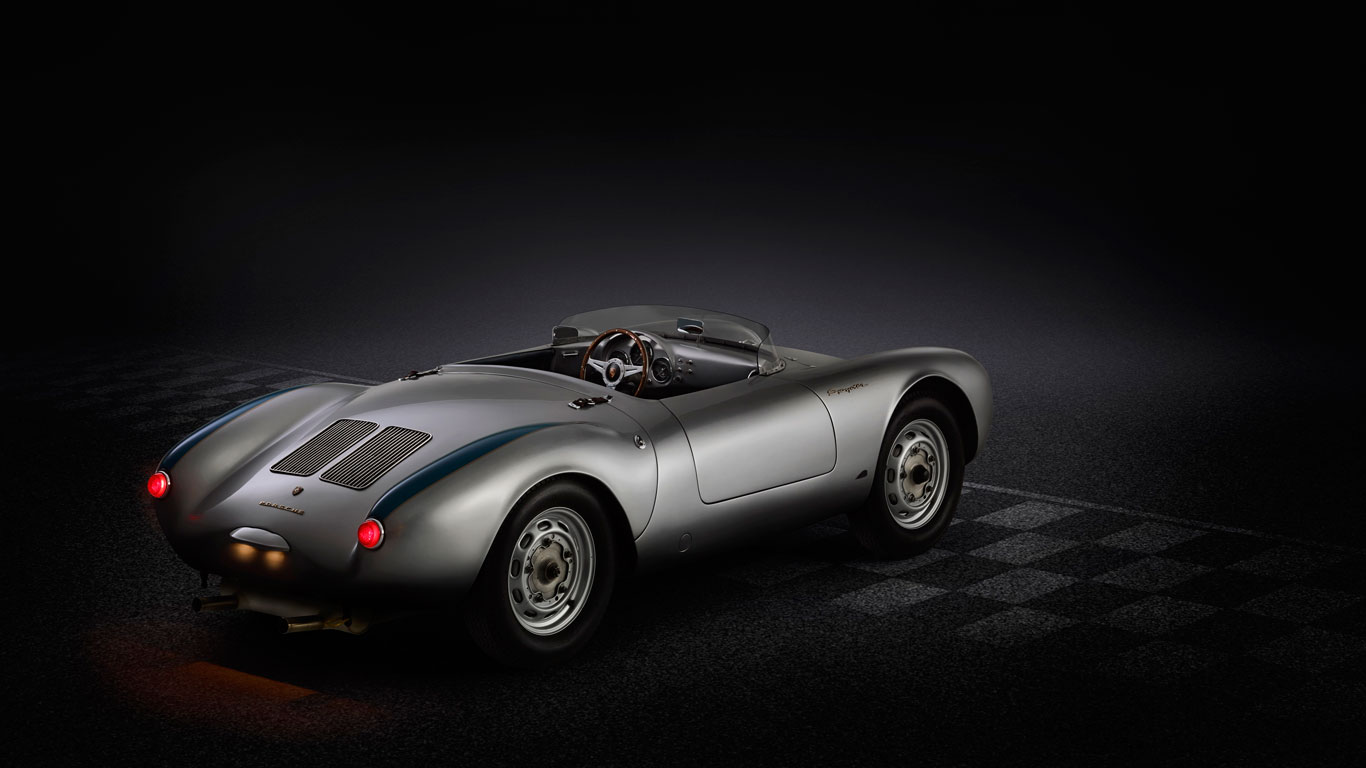 During the 3,000-km long Carrera Panamericana race across Mexico, a 550 Spyder with the passenger seat covered achieved speeds of more than 124mph. Its low weight was a great leveller, with the Porsche able to snatch victory away from large-displacement rivals.

Away from the track, the Porsche 550 Spyder is perhaps best known for its association with actor James Dean. The film star was driving his ‘Little Bastard’ on his way to a race meeting when he was involved in a fatal crash near Cholame, California. 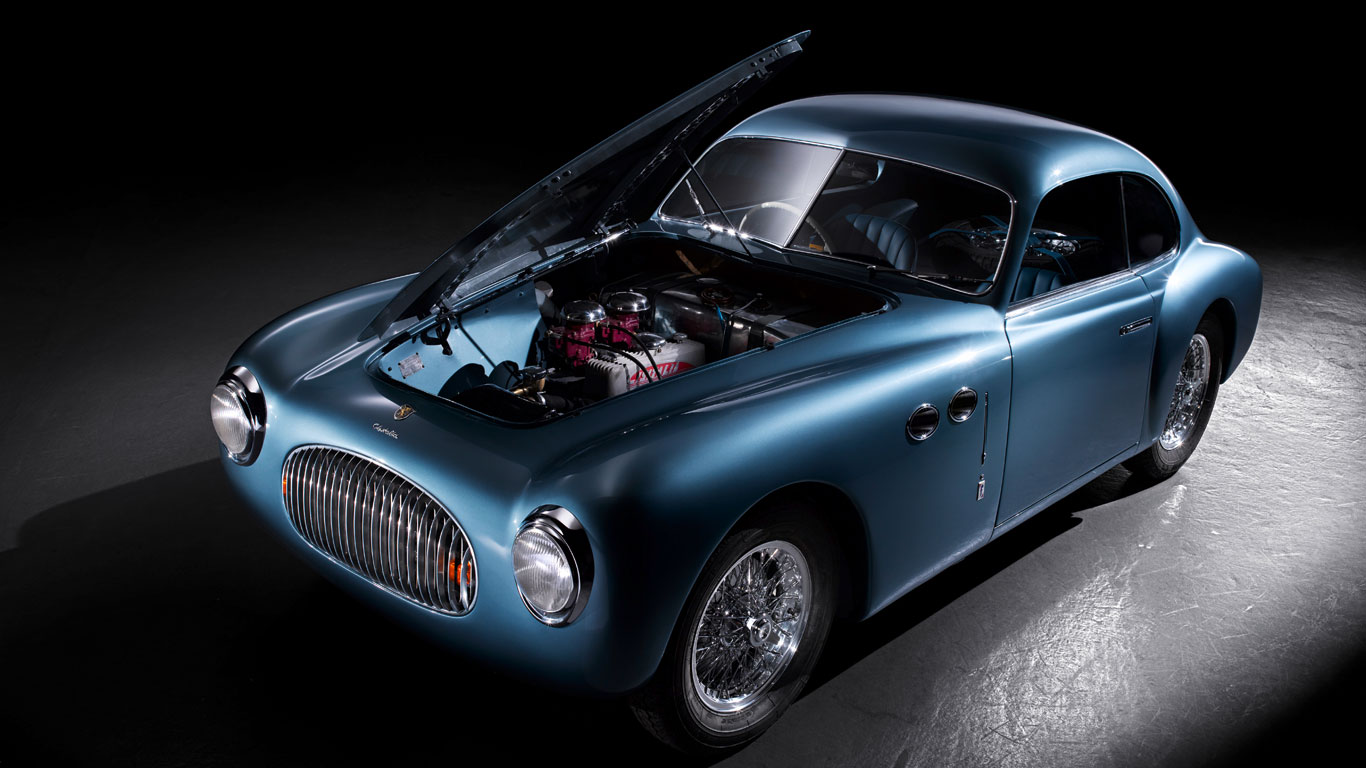 As the first car to go on permanent display at the Museum of Modern Art in New York, the Cisitalia 202 has secured a place in motoring history. For Pininfarina, this was a turning point in car design – an effortlessly elegant car, with no reliance on fins, chrome or excess. The Cisitalia would have looked contemporary in the 1960s, yet it was unveiled in 1947.

“Arguably the first ‘modern’ car,” tweeted motoring journalist Hilton Holloway, a reference to the fact that the Cisitalia was way ahead of its time. It’s no coincidence that Pininfarina continues to cite the Cisitalia as the definitive point in the company’s history, with a design that would influence Italian cars for years to come. 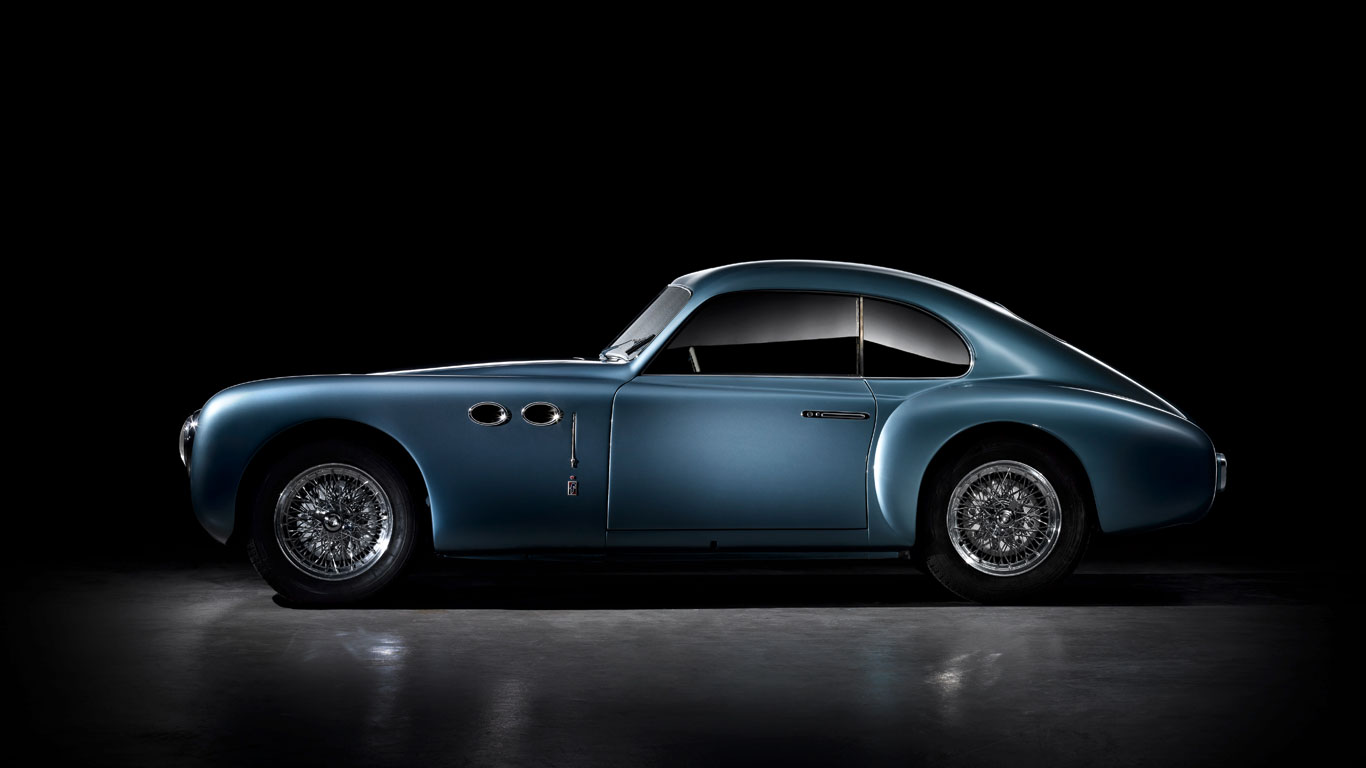 The car shown at Grand Basel was restored from ‘barn-find’ condition to concours level, and subsequently graced the cover of the 2014 edition of The Classic Cars Book. The interior is a work of art. Little wonder that one is displayed as a ‘moving sculpture’ at the Museum of Modern Art. 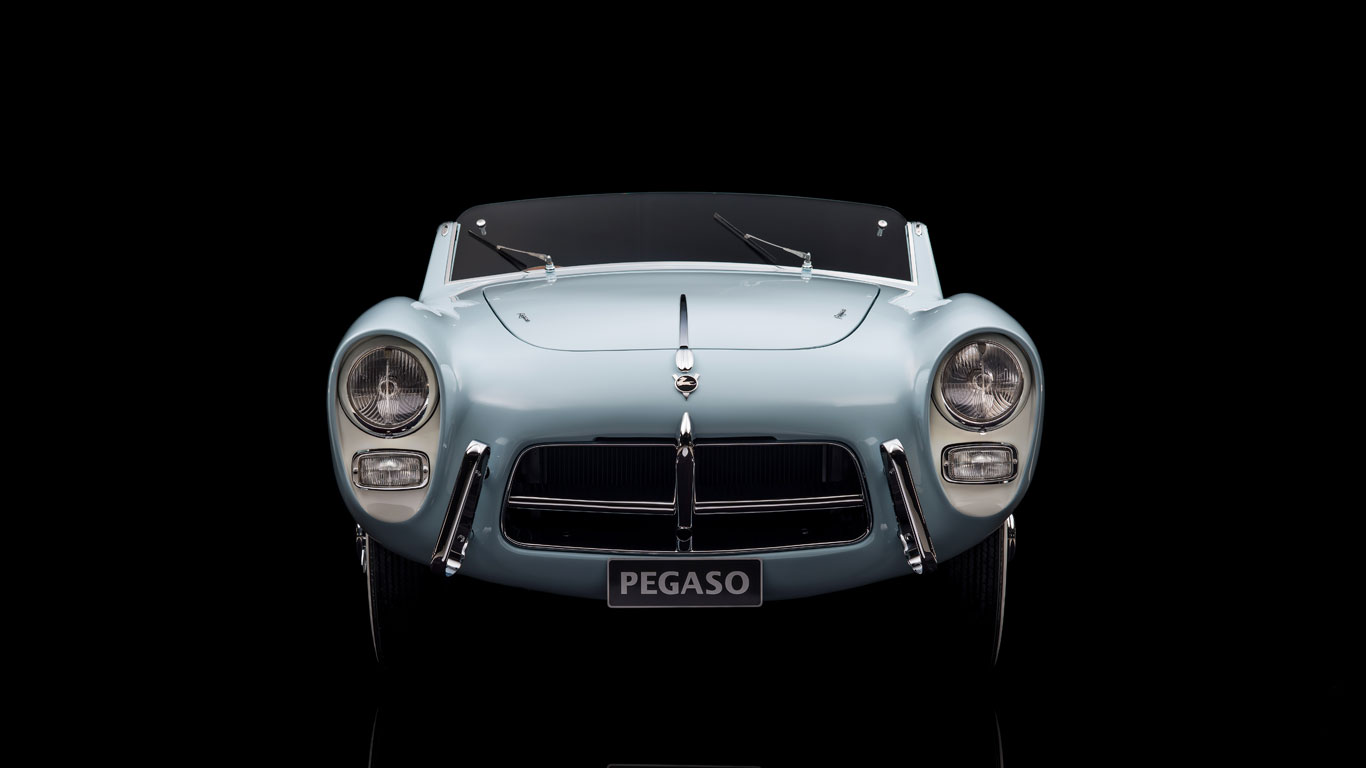 Pegaso was a well-established company in the field of trucks and coaches, but the Z-102 was a venture into the unknown. The chief technical manager was Wifredo Ricart, an experienced engineer and designer who could list an association with the Alfa Romeo 512 on his CV.

All of the components were produced in house at Pegaso’s factory in Barcelona, where a rolling chassis would be built, with coachwork carried out by Touring, Serra, Saoutchik or Enasa. Power was sourced from a four-cam, all-alloy V8 engine, mated to a five-speed gearbox. 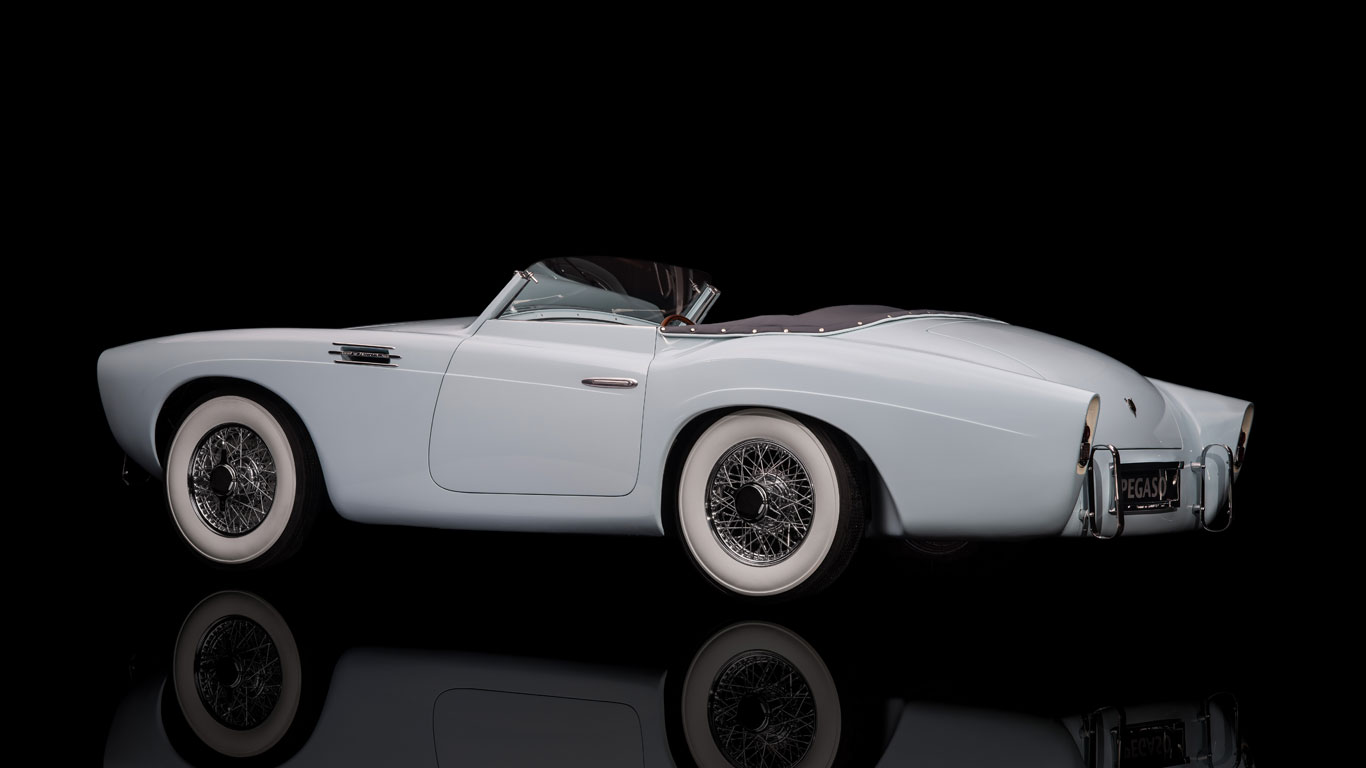 Two prototypes were built in 1951 – a coupe and a cabriolet – before the Z-102 entered production with a 2.5-litre engine. Other variants were offered, including a supercharged 3.2-litre producing a massive 360hp. The fastest examples could hit a Ferrari-taming 160mph, with even the base models topping 120hp.

The Grand Basel show car is a 1954 Pegaso Z-102 Series II Cabriolet: a one-off example clothed by Saoutchik. It was presented by Pierre Saoutchik at the 1954 San Remo Concours d’Elegance and in the same year at the Paris Salon. 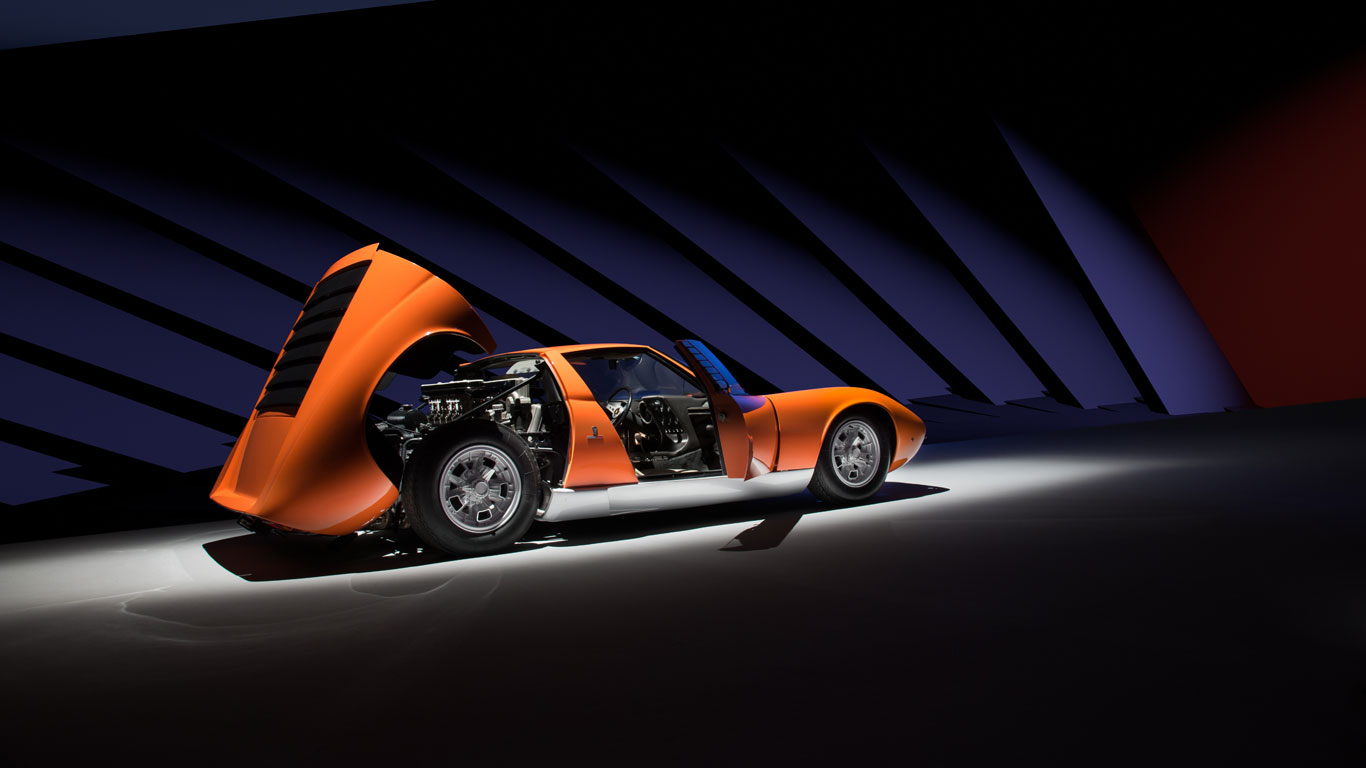 Grand Basel promises to offer a unique take on the motor show formula, with the ‘reimagined’ Lancia Delta likely to grab most of the headlines. “I chose the Delta because it’s the car that made me fall in love with cars in the first place,” said Eugenio Amos. “I was 7 years old. My father had a beautiful Giallo Ginestra. I don’t know why but it made me feel special. Those memories are made of smells, of that soft Alcantara touch, of confused noises.”