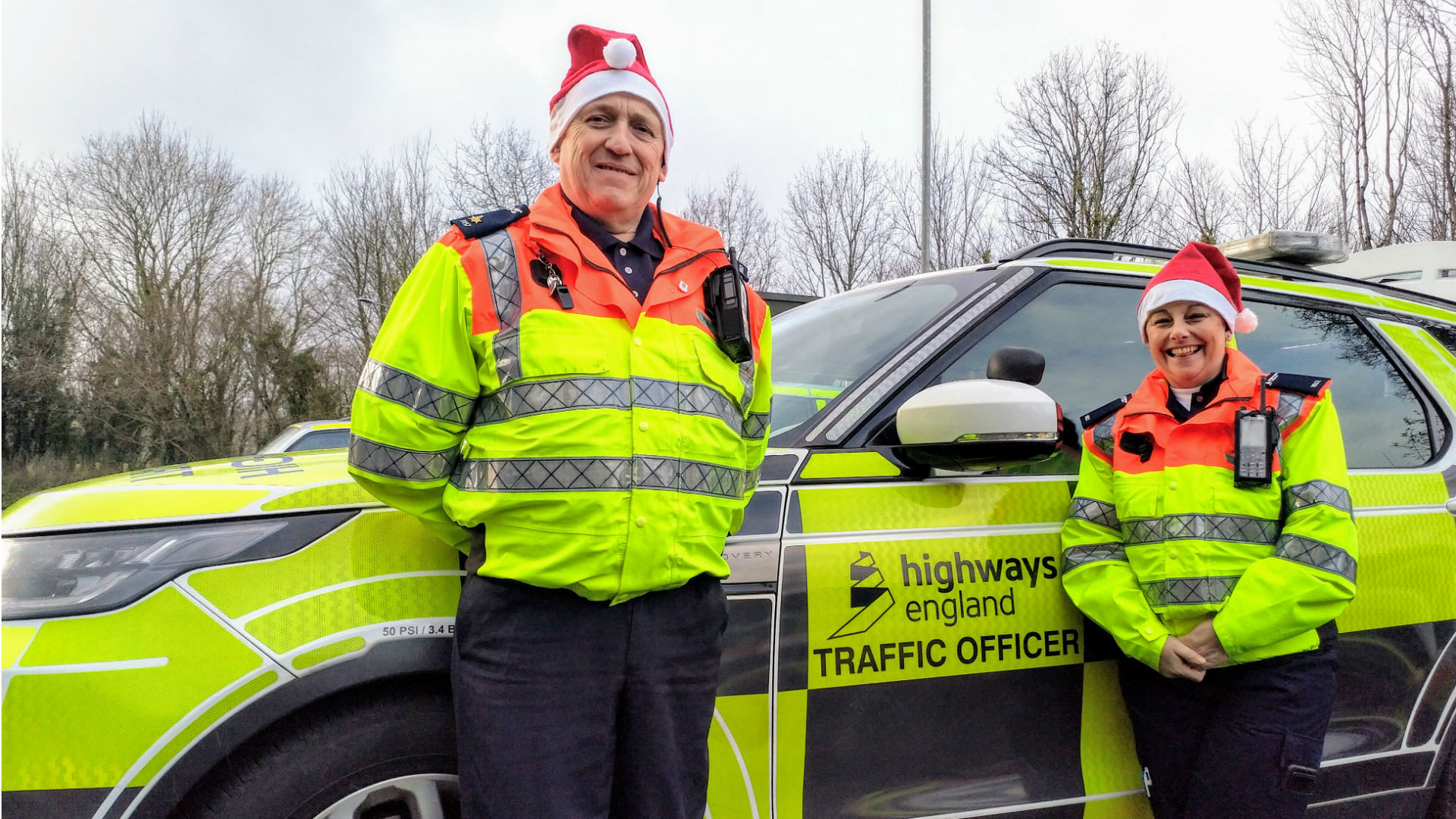 Last year, Highways England’s traffic officers responded to 611 road incidents on Christmas Day. Proof, if proof were needed, that life goes on after everyone has driven home for Christmas.

Included in the 611 incidents were 343 breakdowns, 24 collisions and 17 instances of animals on the motorway.

There were 310 collisions on England’s motorways during the four days before Christmas Day – half the total number of collisions attended to by Highways England across the 12-day festive period.

Spare a thought for the traffic officers and control room operators who will be keeping the roads clear on Christmas Day. For some, it’s a case of keeping it in the family.

Take husband and wife Greg and Angela, who will be patrolling the A38 and M5 in Devon. “Christmas Day may be a bit unusual for us but we want everyone to have safe Christmas journeys and we can celebrate later!” Angela said.

“And our Christmas message to anyone driving is to check your vehicle before you set off – to help ensure you get to your destination safely.”

Meanwhile, father and son Nick and Phil Shaw will be monitoring the motorways and A-roads of the East Midlands from the control room in Nottingham. Back in the South West control room near Bristol, mother Beverley and son Tom will be keeping eyes on the region’s roads to handle any incidents and maintain the flow of traffic.

‘Prevention is better than cure’ 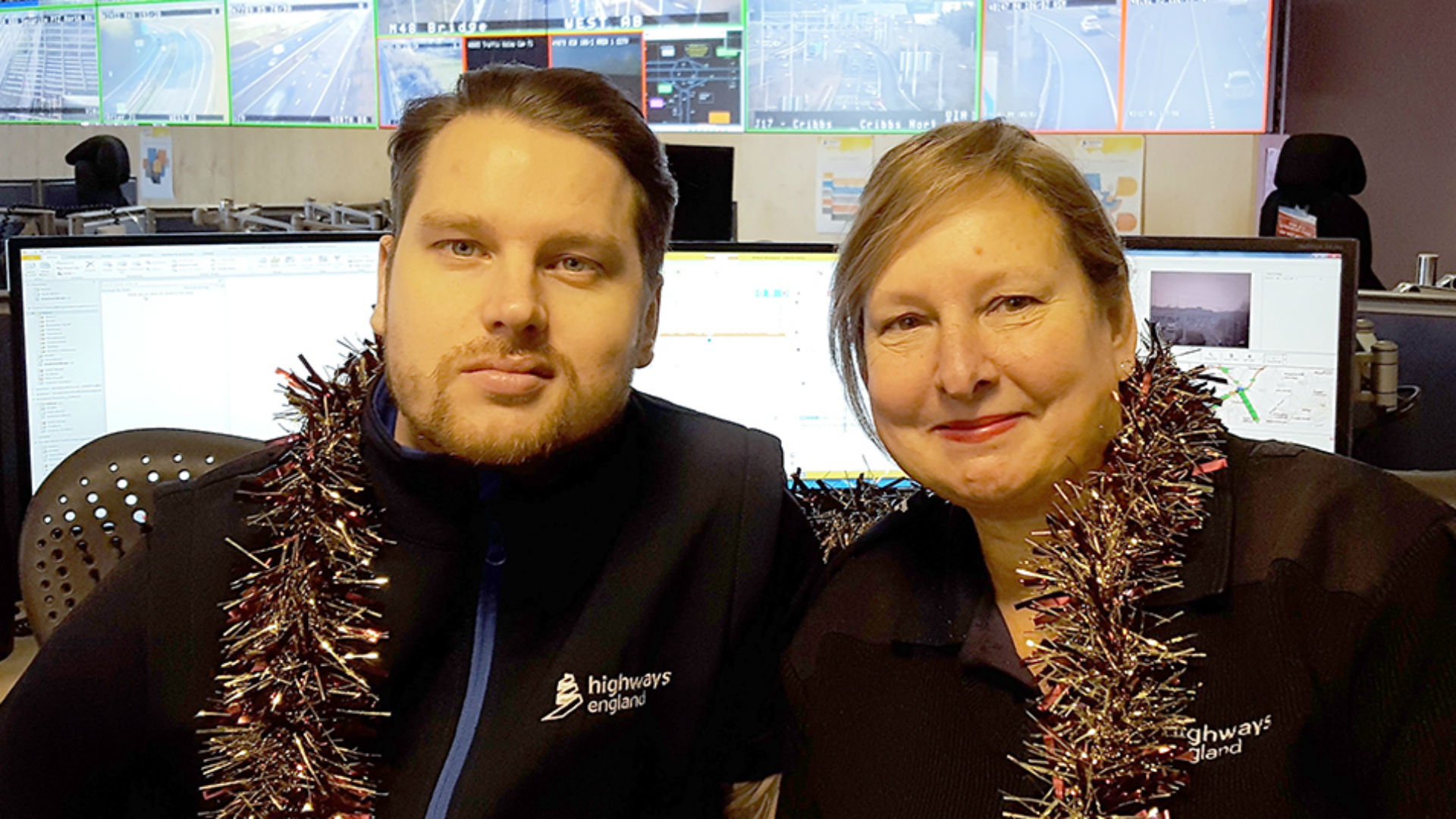 South West Operations Manager Beverley said: “It’s the first time Tom and I will have worked the Christmas Day shift. We’ll be up at 4.30am for our shift, and we’ll get in a little earlier to ensure our night duty team can get back and get some sleep before enjoying their Christmas.

“I usually prepare dinner for my family and parents, Tom included, but this year the preparations will be done a little earlier and the celebration will just be a little later –it’ll also mean an early night as we’re both back in for the Boxing Day shift.

“It’s certainly going to be a family affair on Christmas Day as my husband, Andy, has promised to bring in bacon butties for all the control room operators.”

The traffic officers are urging motorists to carry out a few simple checks to their vehicles – and to make sure they have plenty of fuel – to avoid spending Christmas Day on a motorway verge.

Phil Shaw advised: “Prevention is better than cure. By preparing for the journey, checking tyres, oil and so forth, it will make sure people don’t break down in the first place and everyone has a happy Christmas.”

How to avoid a Christmas breakdown 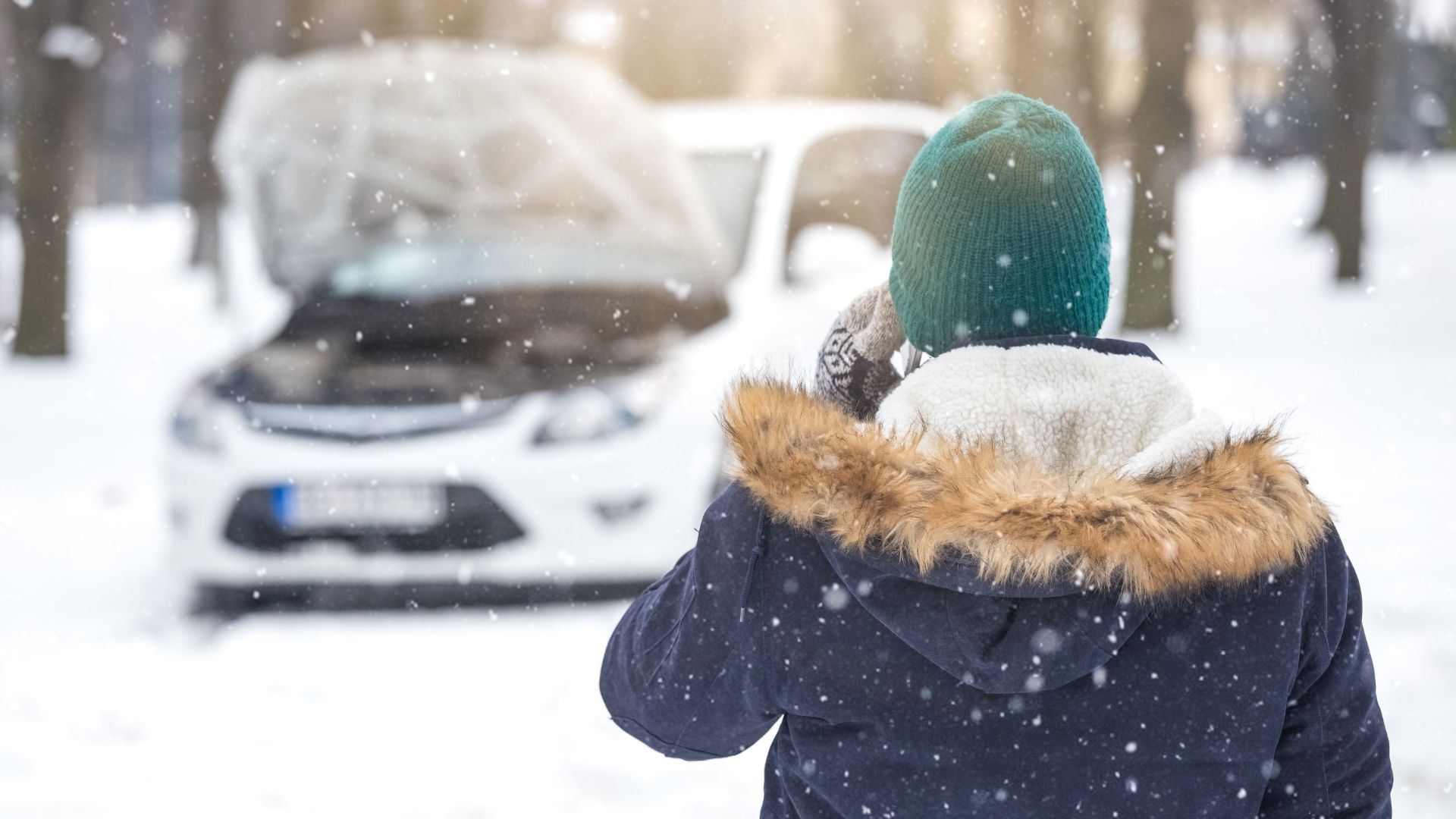 Highways England has issued five tips to avoid a breakdown while you are driving home for Christmas: