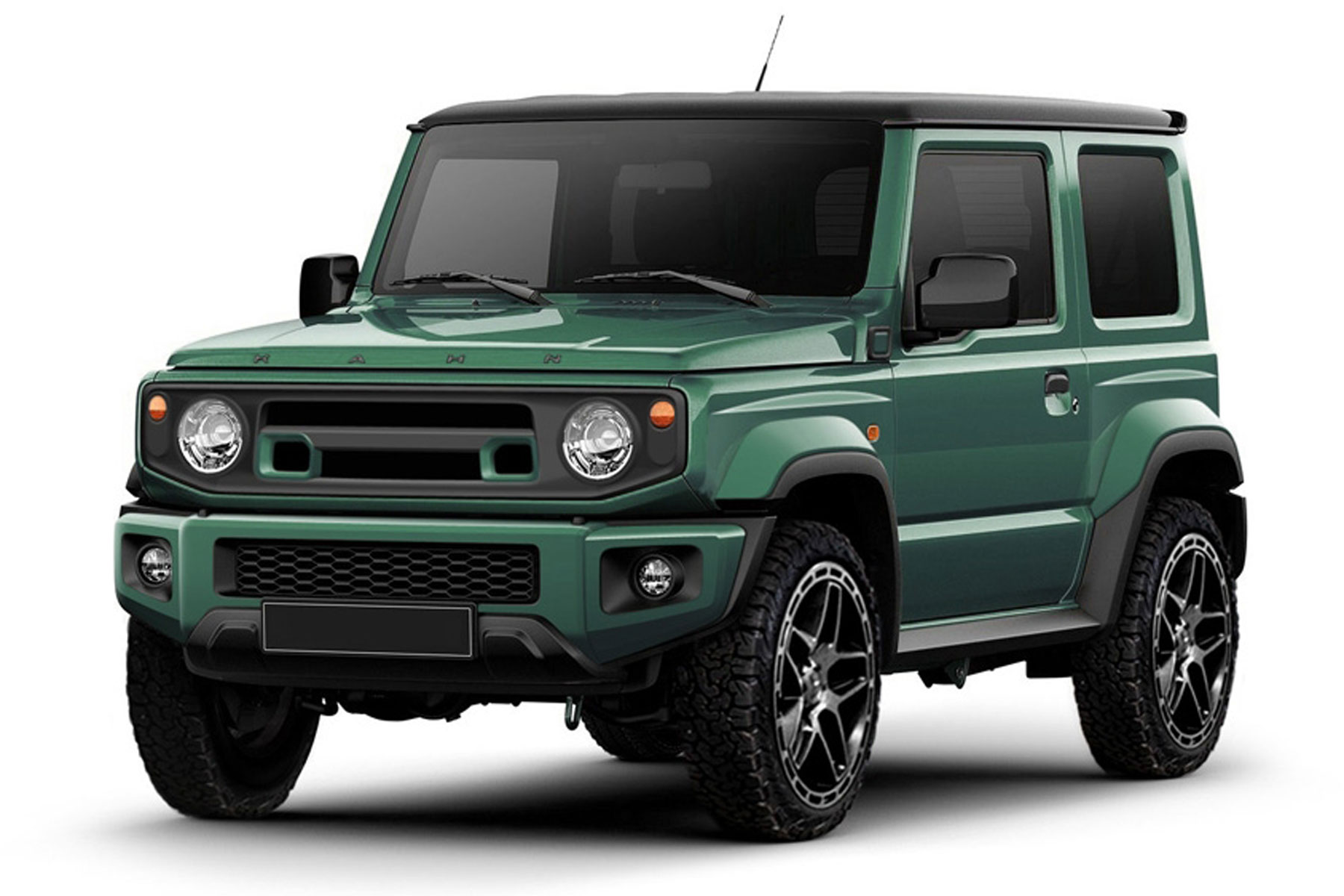 It was only a matter of time. Even before the new Suzuki Jimny has hit the streets, aftermarket firms are already preparing their own take on next year’s must-have fun-size 4×4. Now it’s the turn of Kahn Design.

Afzal Kahn, famed for his lavish and outlandish creations, is evidently a fan of Suzuki’s half-pint off-roader, taking to Instagram to outline his plans for an upmarket Jimny. A ‘friendly vehicle’ for a sixth of the price of a Mercedes G-Wagen, he claims.

That’s around £25,000, in case you were wondering. Pretty good value, we think, especially when you consider the likely specification.

The inside would be treated to quilted and perforated leather seats, along with branded sill plates and vented foot pedals. We suspect the Chelsea Truck Company (CTC) would also upgrade the audio system and add a subtle tint to the windows.

On the outside, the Jimny would wear 19-inch G6 wheels shod in chunky off-road tyres, with the styling enhanced by vented bumpers, wider arches, LED headlights and a performance quad exhaust system.

According to Khan, the CTC Jimny would be a mini Land Rover Defender or Mercedes-Benz G-Class, but there’s no guarantee that it will get beyond the planning stage. Much will depend on the feedback on social media, which, so far, at least, has been overwhelmingly positive.

Are we allowed to say that we like it? Although it’s little more than a first sketch, the CTC Jimny retains its charm and manages to stay the right side of chintzy. It even looks good value at £25k. We also like the timing of the announcement, coming on the same day Land Rover invited the great and the good of the press to see the new Evoque.

Get it built, Kahn. It’s cheaper and more appealing than a new Range Rover Evoque, right?