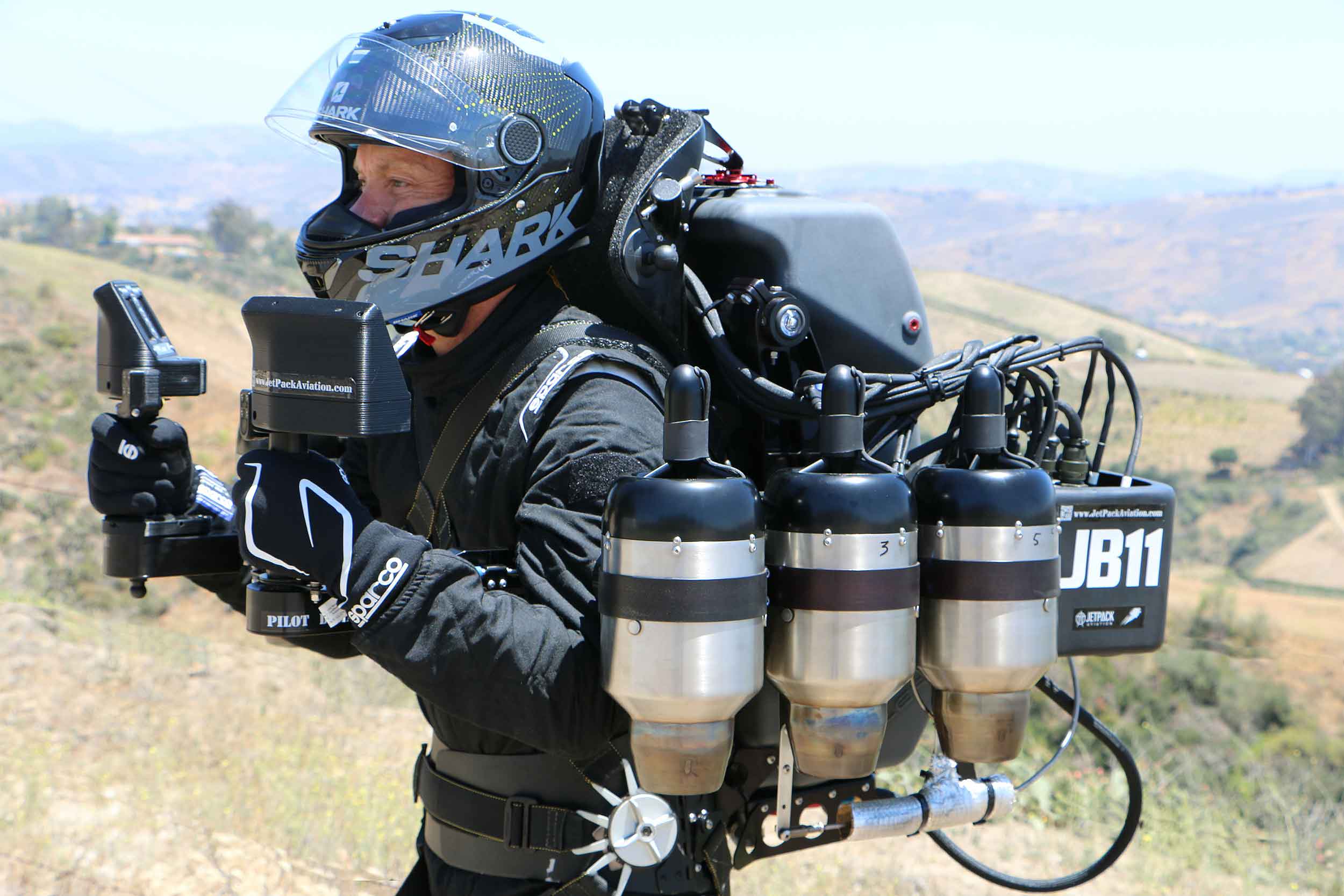 A JetPack certified by the Federal Aviation Administration will fly for the first time in Europe at the Goodwood Festival of Speed 2018 – bringing a touch of James Bond glamour to the annual motoring event.

Capable of flying at 200mph, the JB11 JetPack is also capable of reaching heights of more than 10,000 feet. It’s the only JetPack ever to be certified by the FAA.

Californian company JetPack Aviation has developed the 50kg device, which boasts a world-first VTOL (vertical take-off and landing) system. Company founder David Mayman will fly it – and plans to actually fly the famous Goodwood Hill Climb from bottom to top.

The JB11 JetPack will appear in the FOS Future Lap, which curator Lucy Johnston says will demonstrate “evermore innovative areas of technology and engineering.

“Personal flight is a really exciting theme to bring to this year’s edition. We’re delighted to be able to represent the most advanced system in the world, for the first time in Europe.”

JB11 JetPack: how does it work? 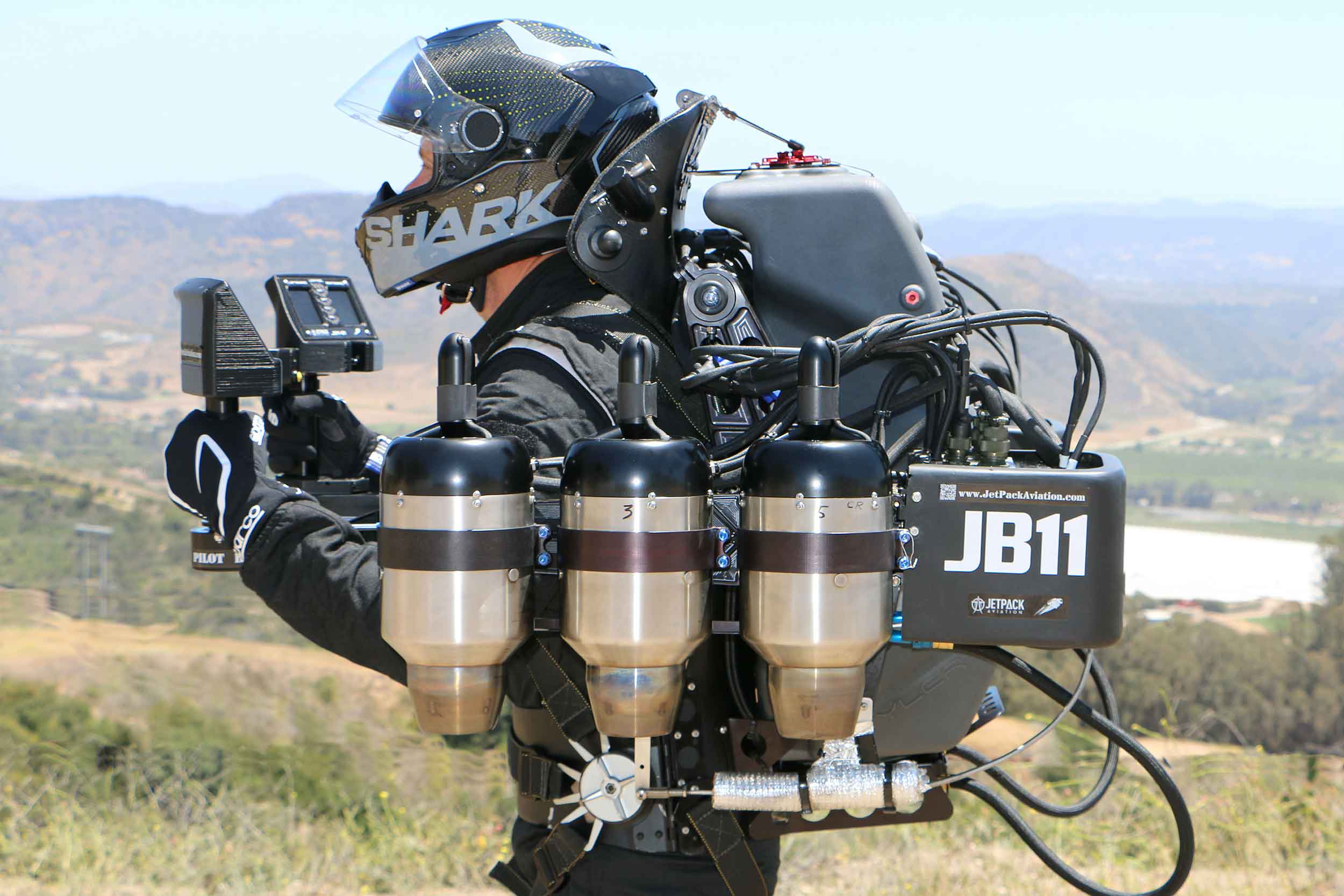 The JetPack has six turbojet engines: four of them are used to fly it, with two as backups in case of an emergency. It’s powered by kerosene jet fuel – or regular car diesel.

Lift-off is done vertically, as is landing: the latter is a matter of reducing thrust and descending slowly, says the company. No parachutes or special landing pads are required.

Pilots can fly for 12 minutes before returning to the ground.

The jet engines are controlled by a throttle on the right handle; once in the air, pilots can control speed, altitude and direction using both this and the control arms.

Mayman said: “We are the only makers of true personal VTOL JetPacks in the world. We can take off and land vertically unlike anything else out there.”