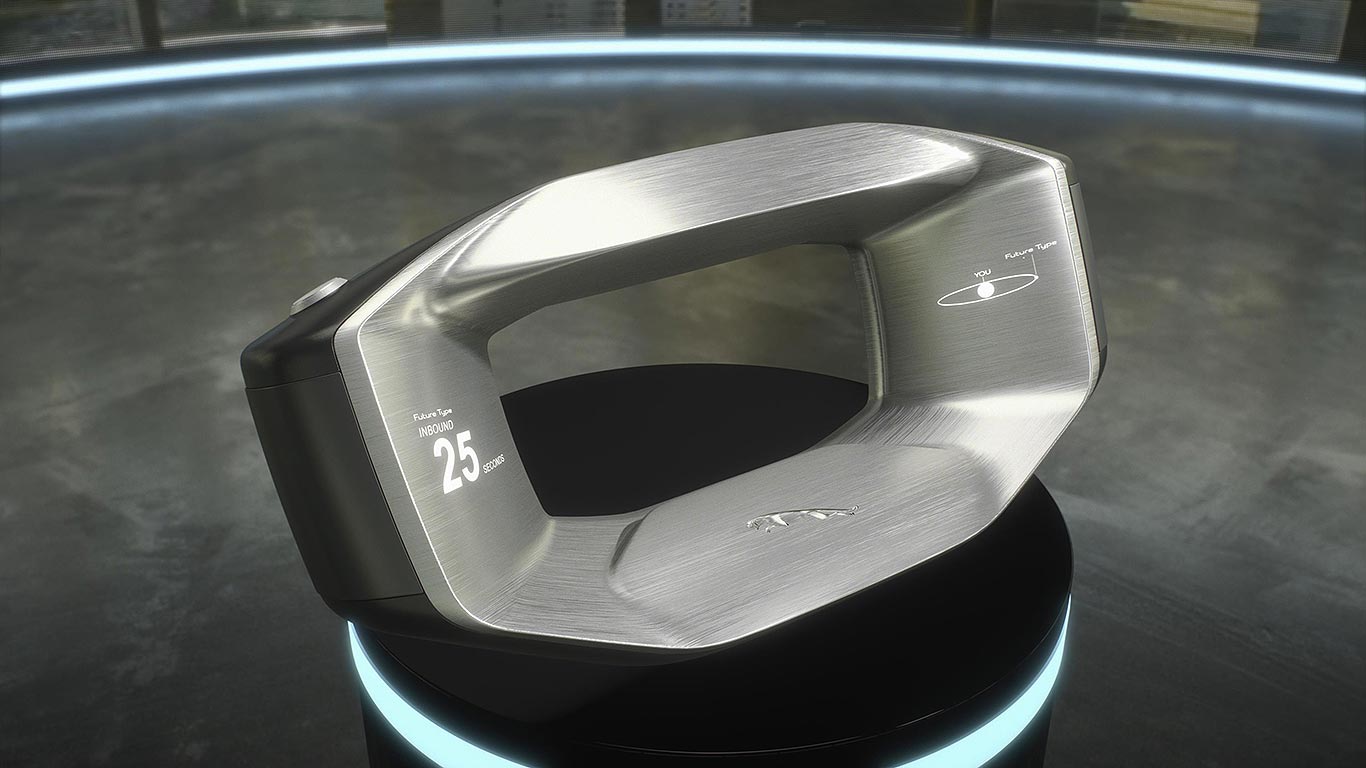 Jaguar buyers in coming decades may not buy just a single car, but instead just own a steering wheel that gives them access to multiple cars. The concept wheel, called Sayer, will be revealed in London this week.

The firm says owners will remove the steering wheel and take it home with them – the incentive being that it’s the world’s first Artificial Intelligence (AI) wheel that incorporates voice activation.

Owners will be able to chat with Sayer and ask it to, say, plan the itinerary for their 8am meeting the following morning. The wheel will work out when you need to get up, when an autonomous car should arrive at your door – and also signal the bits where you might enjoy grabbing the wheel and driving yourself.

“The connected steering wheel could be the only part of the car you own,” says the firm. This sets things up for car sharing, where you can offer your car to others within your community, and get to access the vehicles of other people via your Sayer wheel. As the firm envisages cars will drive around autonomously, you won’t even have to worry about people coming to your house or having to travel to pick up a car.

The Sayer name? That’s in recognition of one of Jaguar’s most famous designers, Malcolm Sayer, who worked at the firm between 1951-1970.

The concept will be revealed as part of a new concept car called the Jaguar Future-Type at the JLR Tech Fest at Central Saint Martins, London.

The most popular used cars in 2017