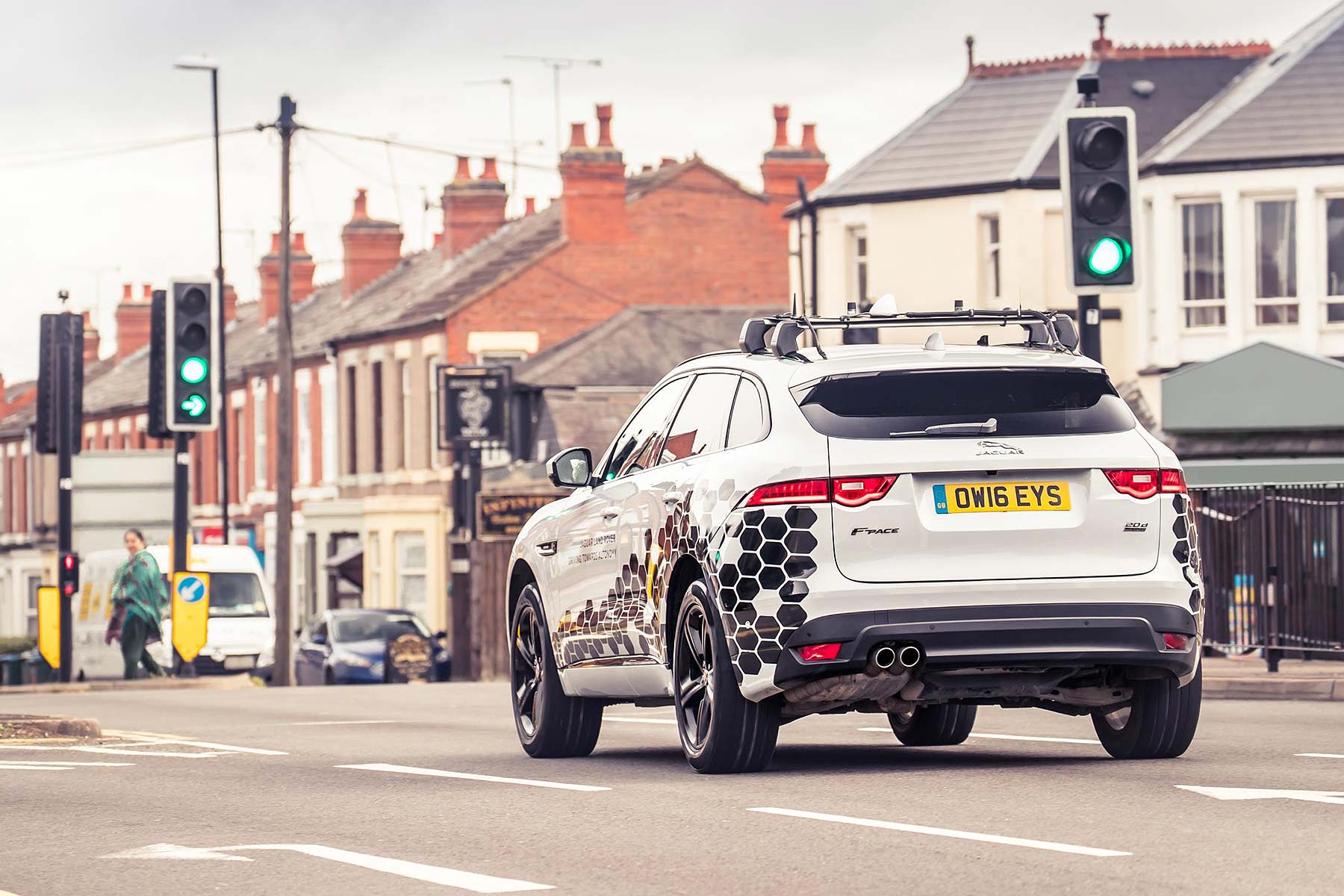 Jaguar Land Rover is trialling a guidance system that helps drivers avoid red lights by telling them the best speed to drive at.

The feature, fitted to a Jaguar F-Pace prototype, uses futuristic Vehicle-to-Infrastructure (V2X) tech, which allows cars to ‘speak’ to infrastructure such as traffic lights.

Cars of the future will know the sequence and timings of traffic lights and set the best speed to avoid stopping at red signals. 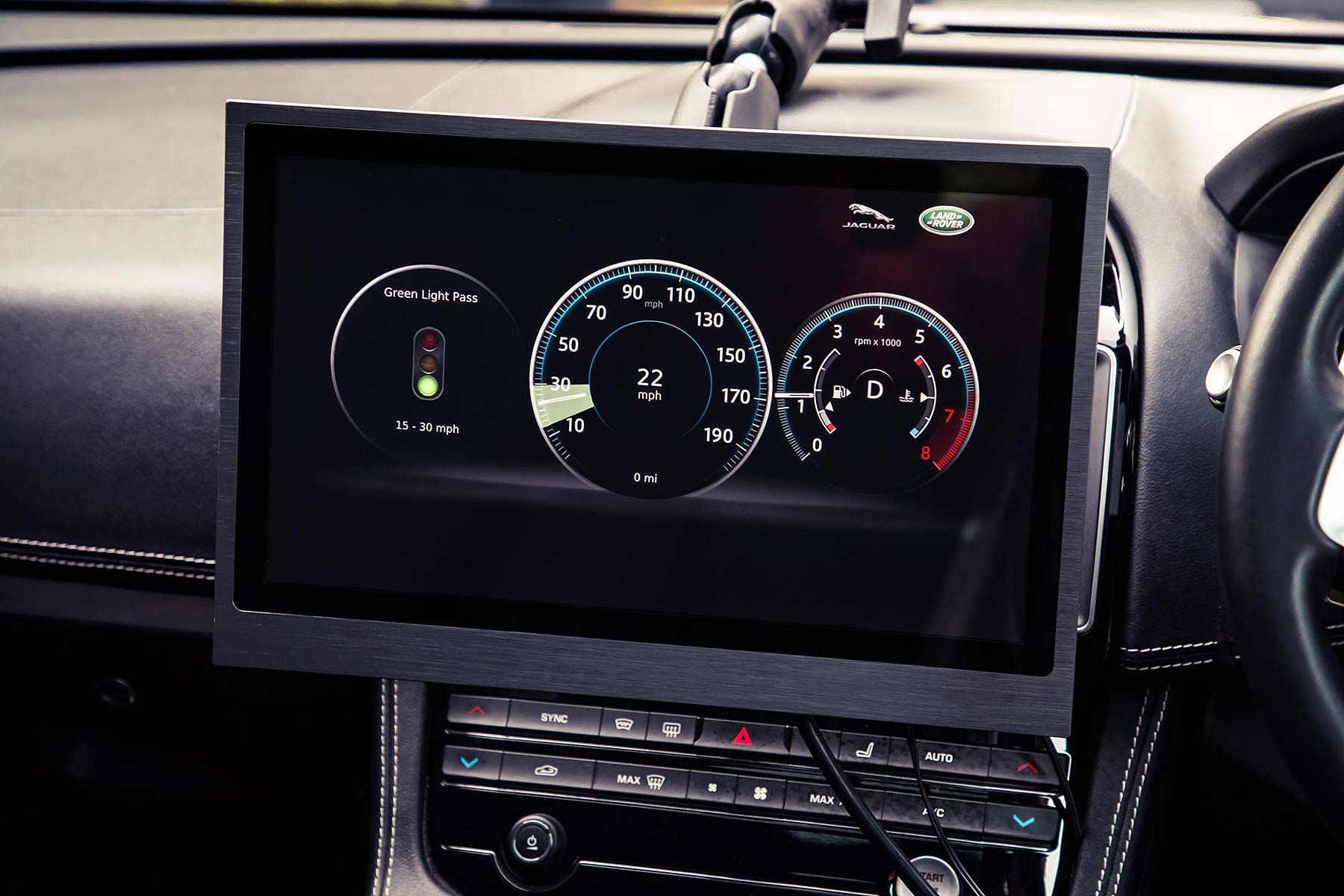 Jaguar Land Rover calls it the ‘Green Light Optimal Speed Advisory’ system, or GLOSA. In the prototype, an ideal speed range is shown on the speedo in green: if the driver sticks to this, they’ll pass through the traffic light ahead on green.

The firm says tech such as this will improve air quality because drivers won’t race to beat the lights or get stuck at them and then have to race away again.

The freer-flowing traffic will lead to fewer delays as well – and less-stressed commuters. 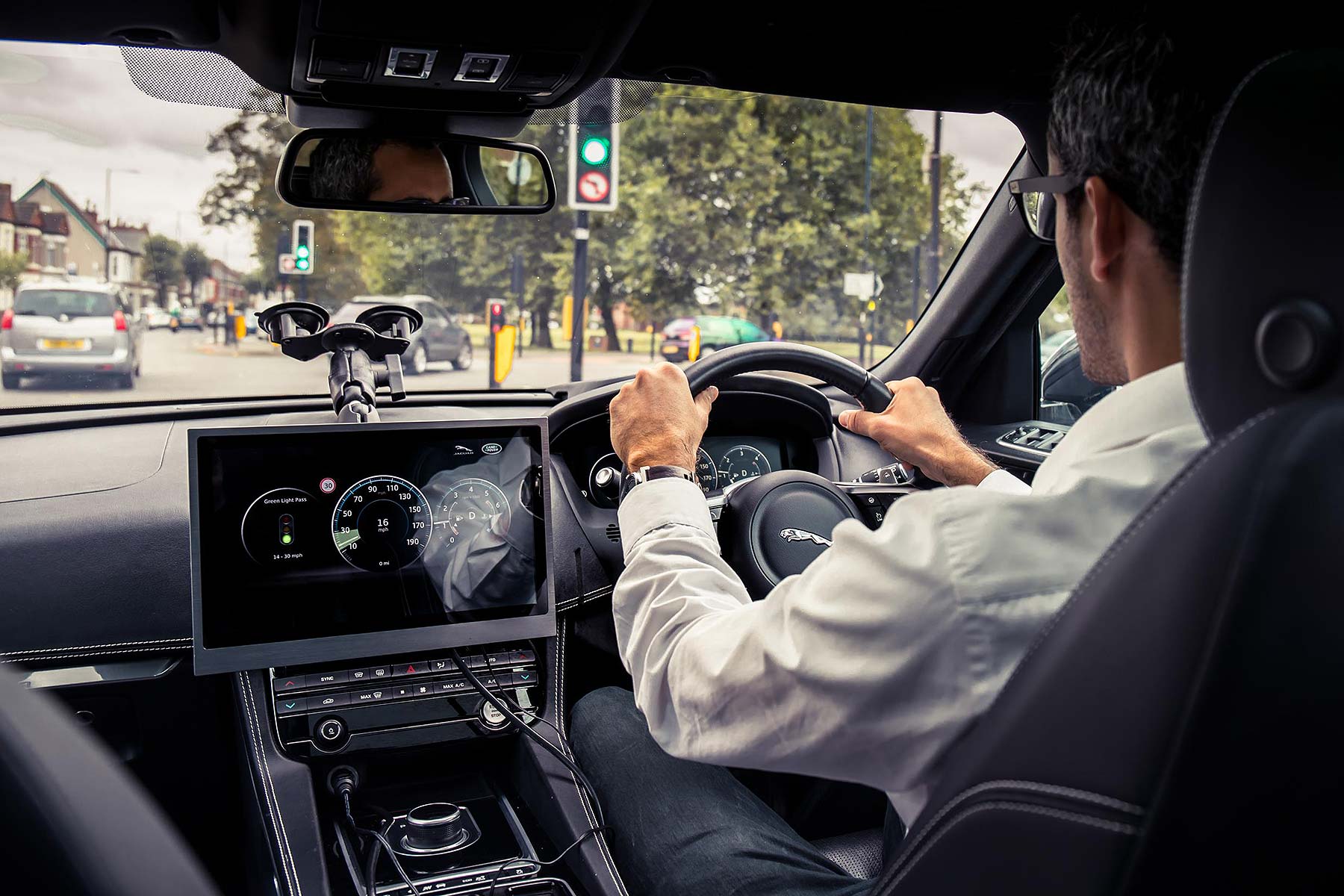 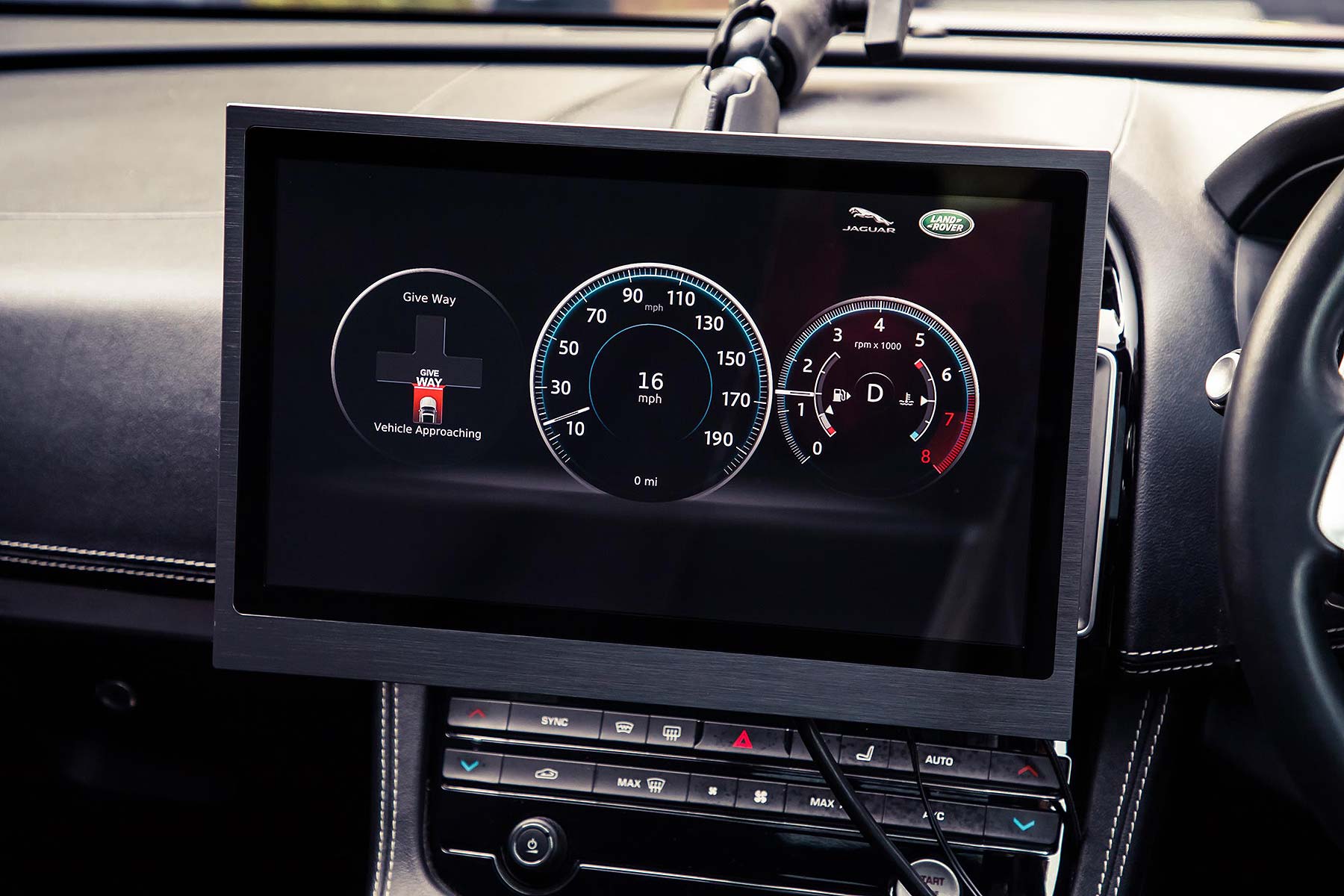 “It has the potential to revolutionise driving by creating safe, free-flowing cities that take the stress out of commuting.”

The system is being tested as part of the UK Autodrive project, which is based in Coventry and Milton Keynes. This is a £20 million government-funded three-year project that aims to speed up the roll-out of self-driving and connected car technology. Jaguar Land Rover is a core partner in the project, which began in October 2015.