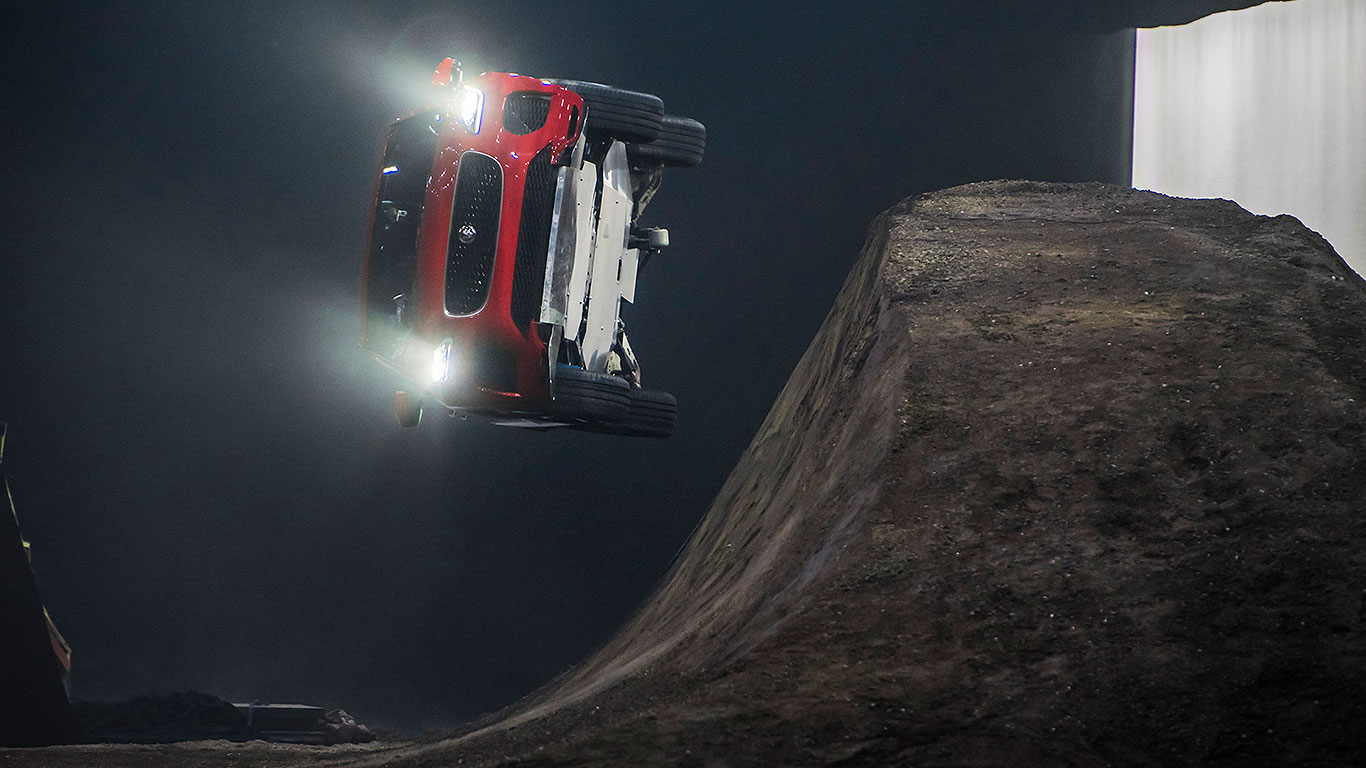 Jaguar has launched the new E-Pace SUV with a bang by recreating a famous James Bond stunt and performing the longest barrel roll ever. Guinness World Records adjudicators were on hand at the performance, held at London’s Excel, to officially hand over the certificate.

Part of the global reveal event for the new E-Pace small SUV, stunt driver Terry Grant was behind the wheel of the record-breaking car: he can now add Furthest Barrel Roll in a Production Vehicle to his other Guinness World Record, that of the Highest Loop-the-Loop – also performed in a Jaguar. 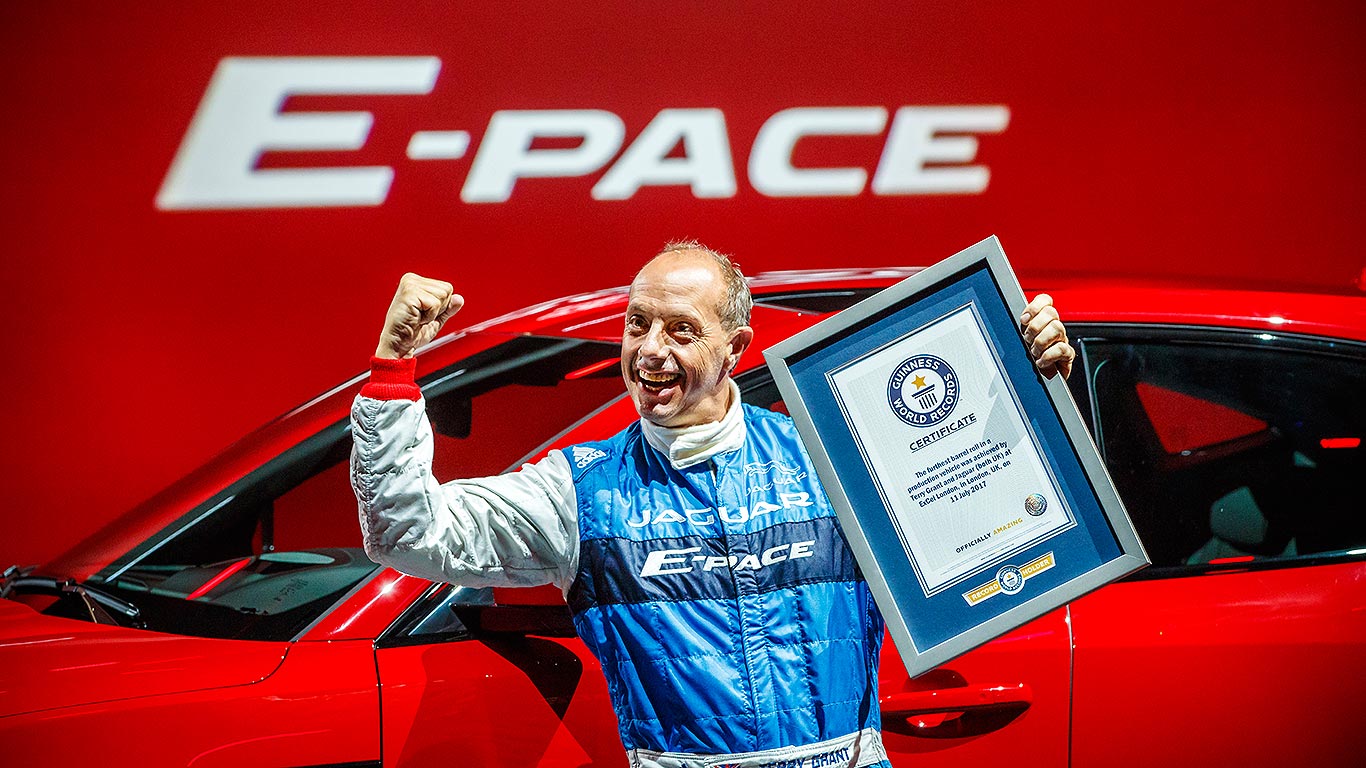 This was a formidable challenge: not many locations in the UK are big enough to house the record attempt. It required a 160-metre run-up and more than 15 metres between take-off and landing, during which Grant experienced forces of 5.5-g.

The E-Pace twisted through a 270-degree roll and landed on all four wheels still travelling rapidly: Jaguar spent months calculating the exact speed Grant had to be travelling at before take-off, using CAD modelling and production-spec E-Pace data.

“As far as I am aware no production car has ever cleanly completed a bona-fide barrel roll and therefore it has always been an ambition of mine to perform one ever since I was a boy,” said Grant.

“After driving the Jaguar F-Pace in the record-breaking loop-the-loop, it has been amazing to launch the next chapter of the Pace story in an even more dramatic dynamic feat.”

Grant’s first Jaguar World Record was set back in 2015, when he helped launch the F-Pace with that iconic loop-the-loop drive in Frankfurt. This E-Pace stunt surely topped that though, and Grant was clearly ecstatic by the end.

DJ Pete Tong later performed – and even he was impressed. “Jaguar breaking the Guinness World Record for the barrel roll… seeing this stunt recreated right in front of us… it was mind-blowing.”

The officials agreed. “This amazing feat really was a sight to behold,” said Guinness World Records adjudicator Pravin Patel. “While I’ve seen the barrel roll stunt in film, witnessing this incredible feat in real life was something pretty special.”

The barrel roll was first performed in the 1974 Bond film The Man With The Golden Gun. It was the world’s first computer-modelled car stunt, and an incredibly complicated routine to perform: there are umpteen parameters and the original routine all had to be performed in one take. Apparently, they nailed it on the first shot…