Last month, Porsche built its millionth 911. Then, just a fortnight later, a 1993 911 sold at auction for £1.7million. Think about that for a moment. One-point-seven million pounds. For a 911. Has the world gone mad?

Before you spill your PG Tips or take to Twitter, I should point out that, yes, the car in question was a rare 964 3.8 RSR. And yes, it was essentially new, with six miles on the clock. Nonetheless, we’re still talking about a 911: a car for which around 700,000 of that one-million production run remain on the road.

Thankfully, you won’t need £1.7million to buy a Porsche at JZM – one of the UK’s leading marque specialists, based at Kings Langley in Hertfordshire. But if you’re looking for an investment-grade Porsche it’s a good place to start; the showroom is packed wall-to-wall with classic 911s, including plenty of RS models. I went along to see what all the fuss is about.

Inside the JZM Porsche showroom 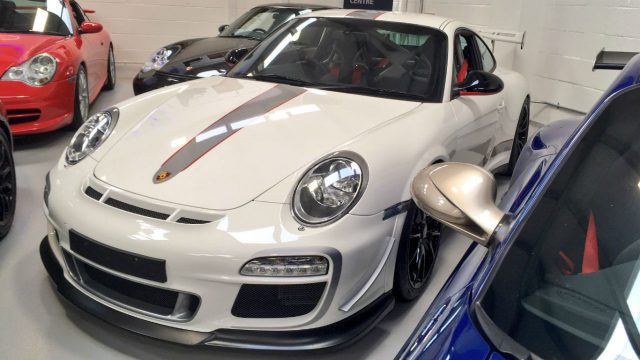 Since we’re talking telephone numbers, it seems fitting to start with the most expensive car on sale. The 997 GT3 RS 4.0 was a limited-run special that Autocar declared: “The finest Porsche ever to wear a number plate”. And, with 4,285 miles under its centre-lock wheels, this hardcore road-racer is advertised at £535,900. Quite incredible for a car that cost ‘just’ £128,466 in 2011. 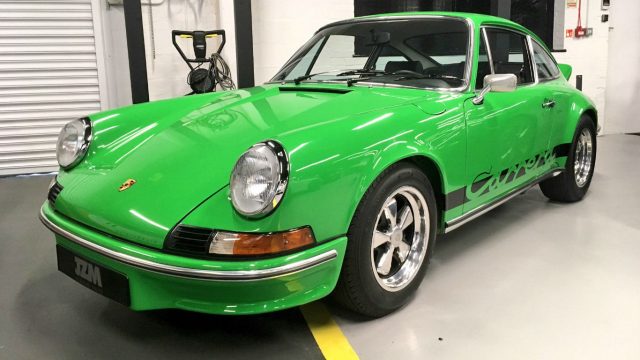 If anything can wrench my eyes from the visual sucker-punch of a 964 Turbo, it’s a Viper Green Carrera 2.7 RS. Except this isn’t a genuine RS, but a meticulously-built ‘tribute’ based on a 1972 911T. With a 2.7-litre MFI engine, period Recaro seats and chromed Fuchs alloys, it looks fabulous – and a price tag of £129,900 is less than a quarter what you’d pay for the real deal.

The evolution of an icon

Wandering around the JZM showroom, it’s fascinating to see how the 911 has evolved. Over five decades, it has swelled in size, sprouted spoilers and become hugely more luxurious, but that iconic silhouette has stayed the same. Perhaps this is key to the car’s long-lasting appeal; it’s constantly evolving yet curiously timeless. Present-day Porsche’s profits may come from SUVs, but the 911 remains the core of its range. 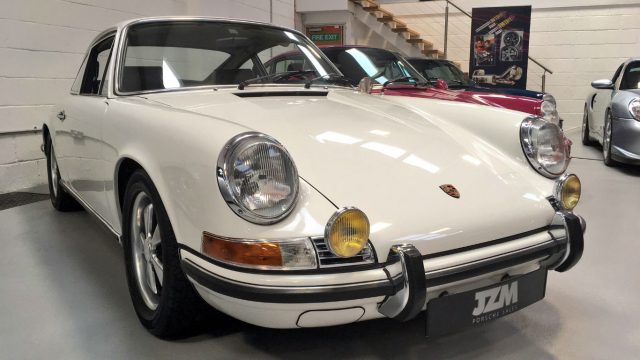 Even so, it’s one of the oldest 911s here – a 1970 2.2E finished in Light Ivory – that really wins my heart. A ‘California car’ that has never been welded, it still wears all its original body panels, and the delicate chrome trim looks flawless. JZM says the car has ‘been fully prepared for the British climate’, but I’d still be loath to take this £104,900 classic on wet winter roads. One for sunny Sunday mornings (and evenings spent lovingly polishing in the garage), I suspect.

If in doubt, Flat clout

I’ve added the 2.2E to my lottery-win garage and am heading for the door when… whoah! Poking its sharkish snout out of the next-door workshop, I spy a 930 Flachbau. This special-order ‘flatnose’ version of the original 930 Turbo is fast, fearsome and – to a kid who grew up in the excess-all-areas 80s – probably the coolest 911 you can buy. Sadly, it isn’t for sale, or it would have bumped the 2.2E from the top spot on my personal (and, sadly, entirely theoretical) shopping list. 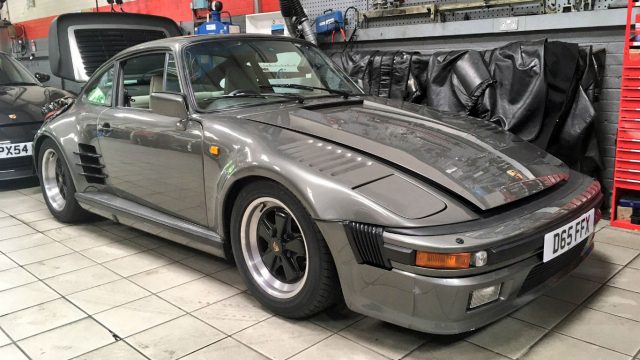 So, if my numbers came up, would I buy a Porsche 911? As a daily-driver, probably not. A Cayman S is all the sports car you really need, especially on congested UK roads. But if I wanted somewhere to put my money, an appreciating asset that I could drive and enjoy, then absolutely yes. The 911 is a car that, like its rear-engined layout, defies logic. Yet if you can afford one, it’s probably the most sensible sports car you can buy.