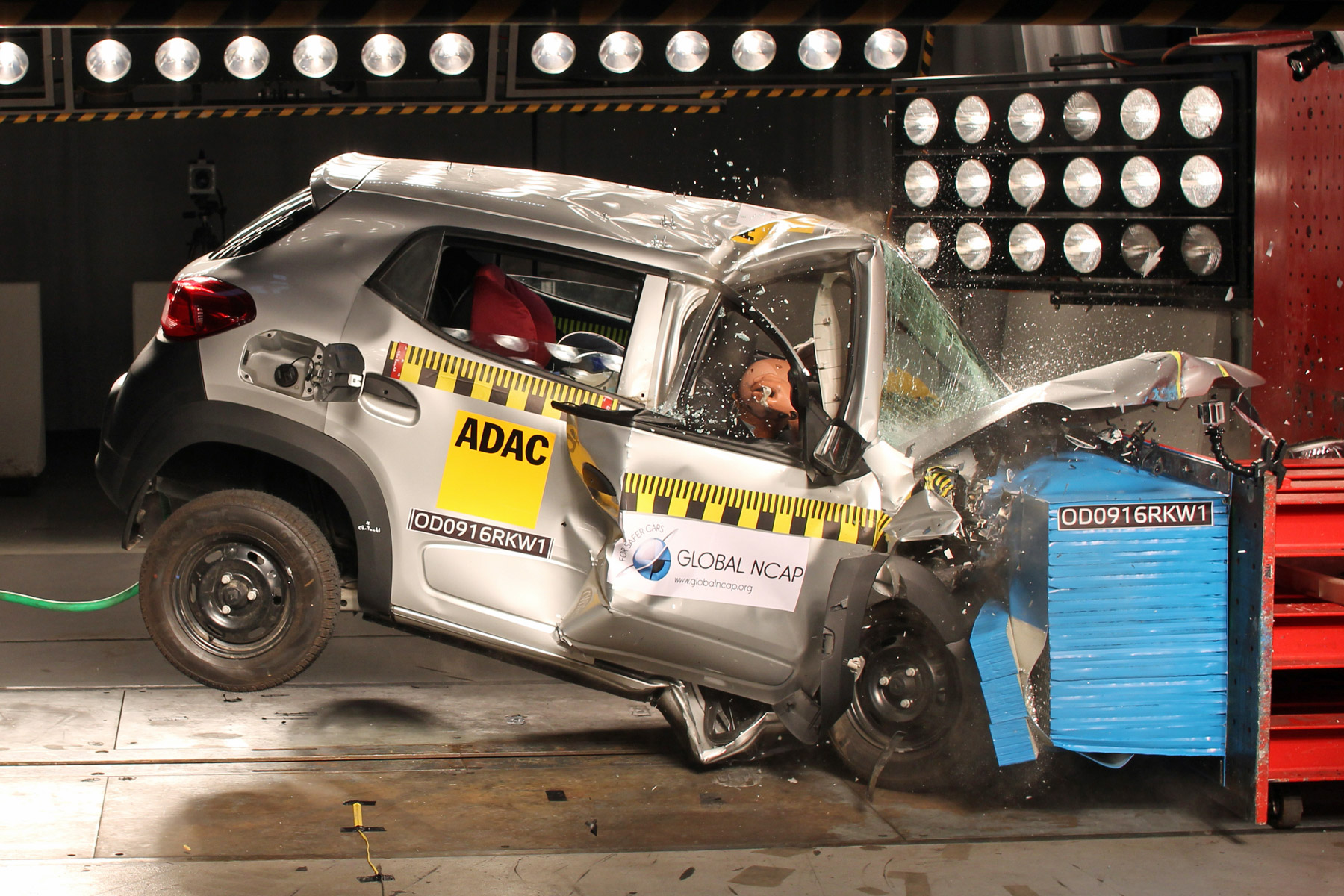 The latest five cars to be crash tested by Global NCAP in Delhi have scored zero stars across the board.

Three versions of the Renault Kwid were tested – including one with airbags – but each received a zero-star rating for adult safety.

Secretary general of Global NCAP, David Ward, said: “The latest results show how important it is for cars to have a body shell that can remain stable in a crash. This is an absolutely crucial pre-requisite for occupant safety together with fitment at least of front air bags.

“It is very surprising that a manufacturer like Renault introduced the Kwid initially lacking this essential feature. Global NCAP strongly believes that no manufacturer anywhere in the world should be developing new models that are so clearly sub-standard. Car makers must ensure that their new models pass the UN’s minimum crash test regulations, and support use of an airbag.

“We welcome Renault’s efforts to correct this and we look forward to testing another improved version with airbags. Renault has a strong record of achievement in safety in Europe and it should offer the same commitment to its customers in India.”