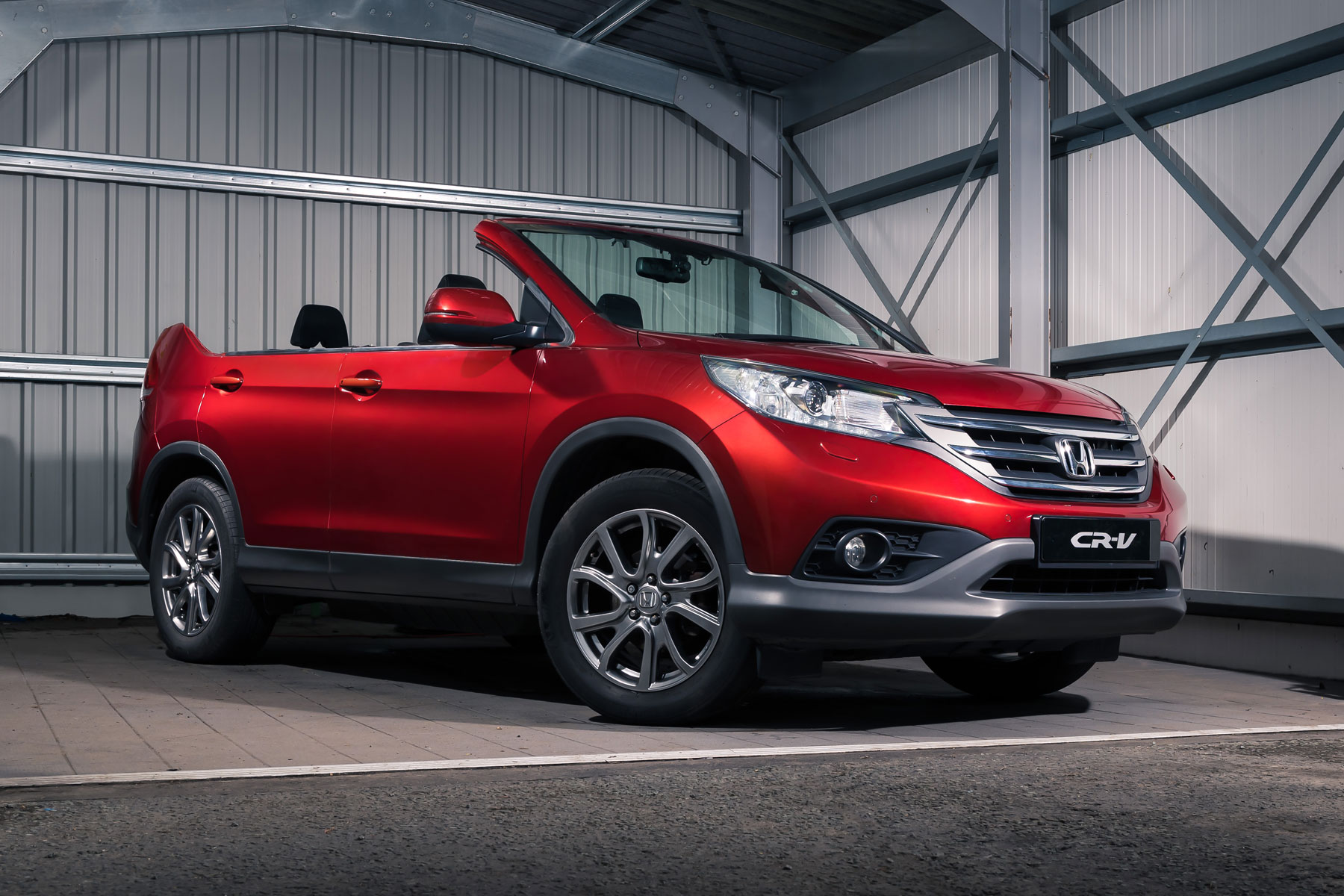 The Nissan Murano CrossCabriolet struck the first blow, which was swiftly followed by a knockout punch by the Range Rover Evoque Convertible. Now, the Honda CR-V Roadster is here to kick you when you’re down.

Honda has quite literally left every stone unturned and taken a no-expense approach in its quest to deliver a topless SUV, which is guaranteed to turn heads, especially at the Euro NCAP offices in Belgium. 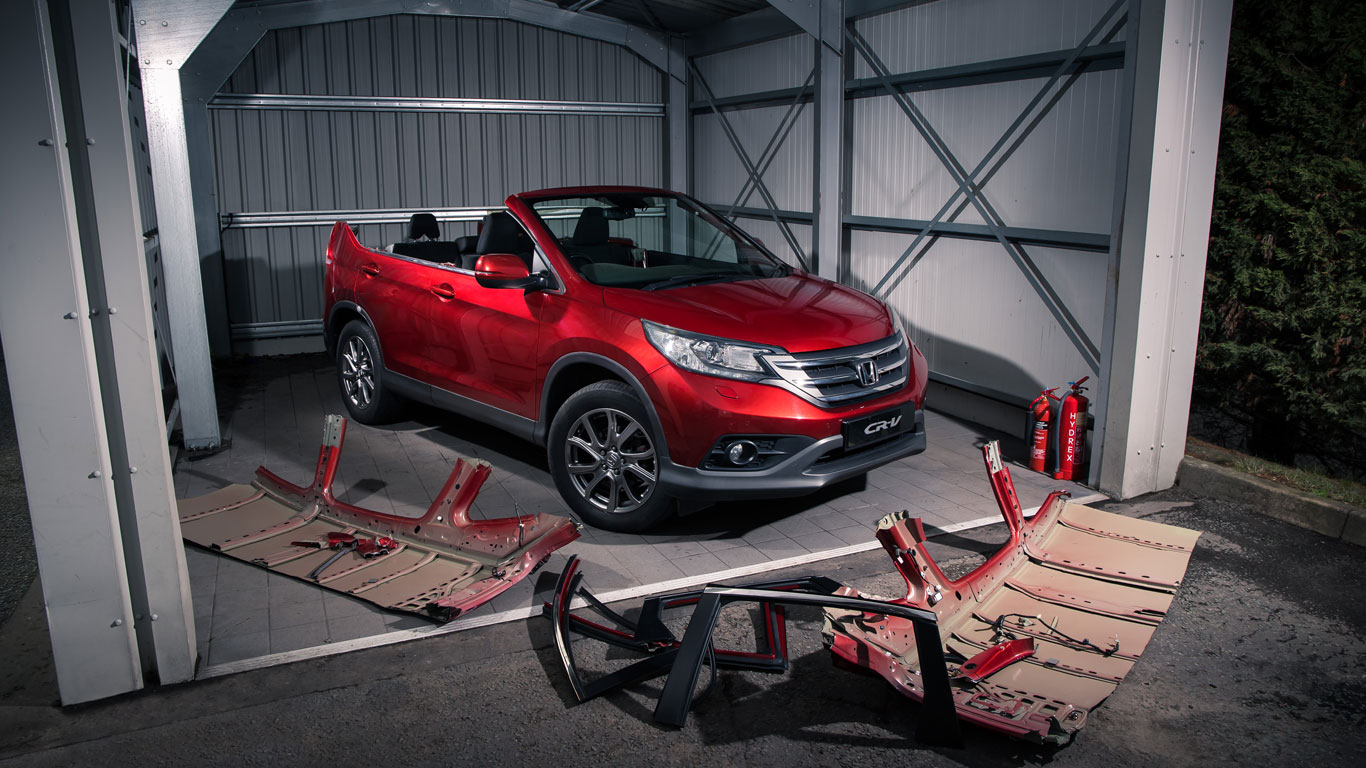 One look at those jagged edges and exposed pillars will send the safety officers reaching for their Trappist beers before embarking on a tour of the Belgian countryside in a Rover 100 without seatbelts.

Drive-through car washes and the British summer are out of the question, as the Honda CR-V features no roof whatsoever, which gives it something in common with the Smart Crossblade. But unlike the Smart, the CR-V won’t look good parked alongside a marina in the south of France. And we doubt Robbie Williams will be queuing up to place an order. 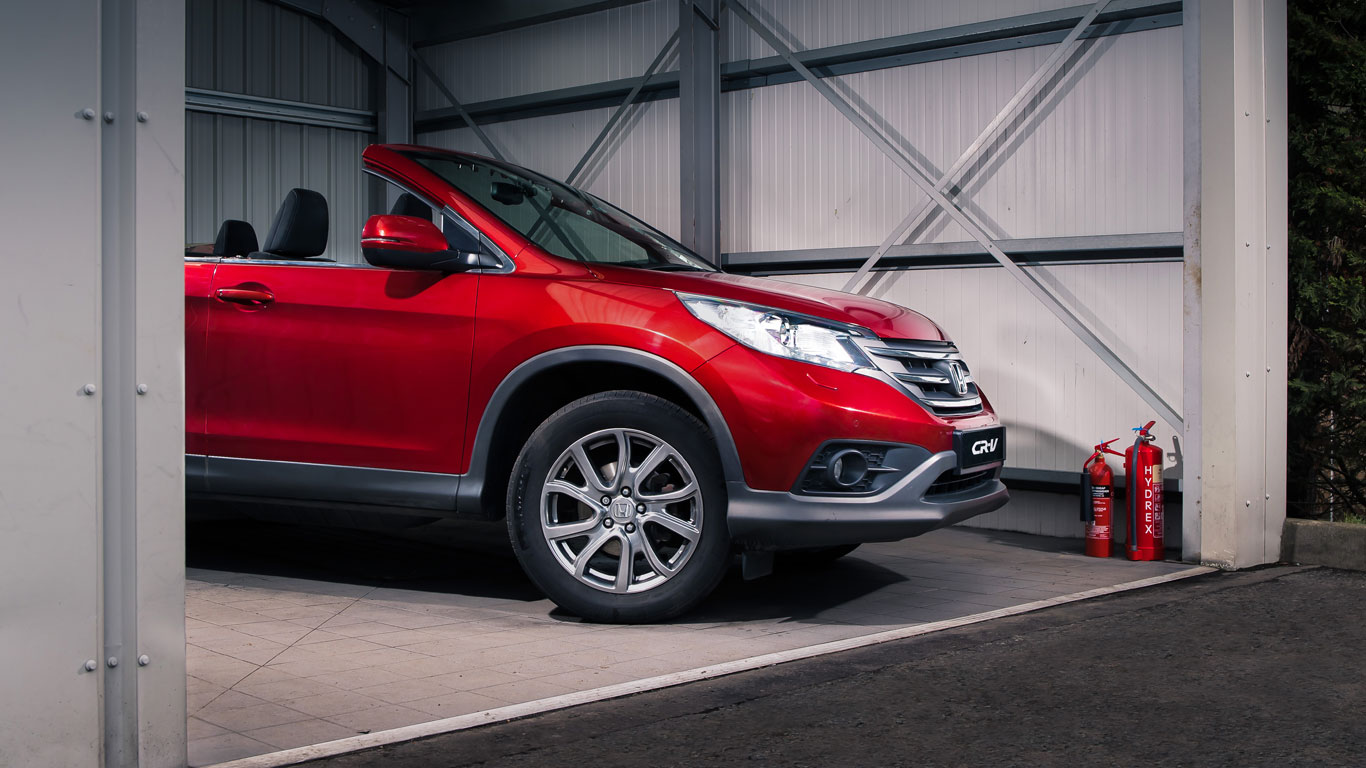 Eipururufüru, Future Opportunity Occupational Lead at Honda UK, said: “This is a bold new direction for the CR-V and opens up an entirely new non-existent market. Our sales target is somewhat conservative to start with, at zero cars, but we are confident that once the minor glitches are ironed out, such as the lack of roof and the fact it is totally structurally unsound, the car will fly out of showrooms.”

Predictably, the CR-V Roadster will be arriving in said showrooms from 1 April 2018. Alternatively, interested parties – those without taste or common sense – are politely reminded that Land Rover offers something similarly baffling and are prepared to relieve you of £45,000 for the privilege of owning one.

Seemingly, a drop-top SUV is for life, not just for April Fools’ Day.

In pictures: how Honda developed the CR-V Roadster