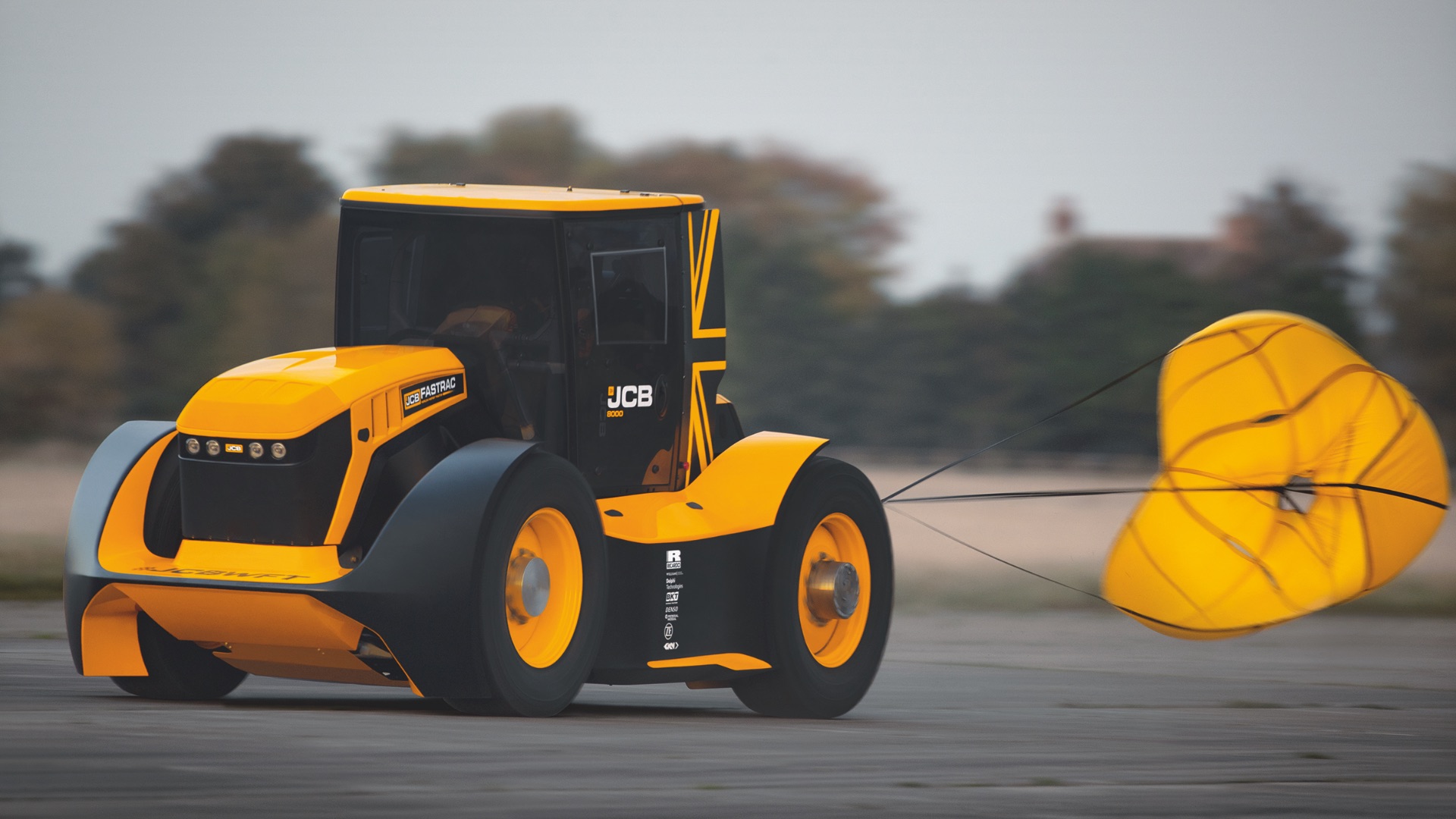 Back in the summer, Guy Martin set a record for the world’s fastest tractor. Driving a specially prepared JCB Fastrac, he reached 103.6mph. Impressive though this achievement was, however, both JCB boss Lord Bamford and seasoned racer Martin wanted more.

At the wheel of Fastrac Two, Martin then secured a Guinness-verified two-way average record of 135.191mph. His VMax at the Elvington airfield, where Richard Hammond had his rocket car crash, was a scarcely believable 153.771mph.

The story played out in full last night (Sunday 17 November) on Channel 4’s Guy Martin: The World’s Fastest Tractor. As Martin says, “It’s still a working tractor, so could have gone straight into the nearest field to put in a shift”. We met with Guy in London for a tour of his monstrous machine.

From arable to airfield 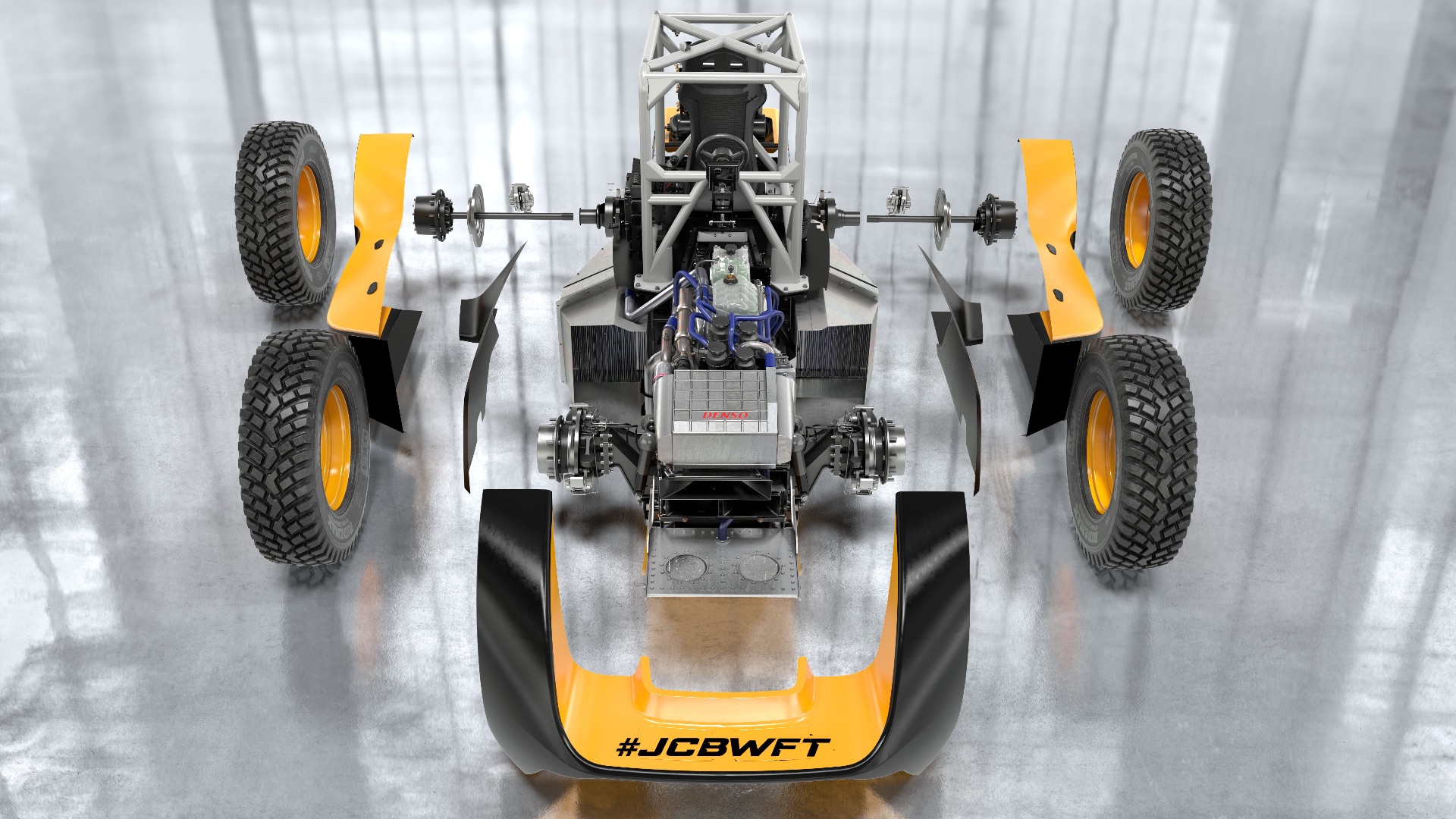 JCB’s head of the project, Alex Skittery, says retaining the Fastrac fundamentals was the biggest challenge. Around 50 percent of the vehicle is still a ‘normal’ Fastrac: a tractor that ordinarily tops out at 43mph. But detail changes such as the bonnet – thinner than standard, and made of aluminium – help boost speed.

The cab remains brick-shaped, but the Fastrac has been slimmed-down and lowered to reduce frontal area. There’s also an air dam that could make a McLaren Senna envious. It reduces turbulence around the front wheels and guides air to the side-mounted radiators. Part of the underfloor is flat, and you’ll spot a diffuser out-back.

The wheels are JCB-spec, albeit balanced for higher rotation speeds. Even the tyres come from the same supplier, BKT, though the knobbly treads have been shaved down. They won’t be scooping sods in a field, but they’re by no means slicks.

The clutch and differential are much like the ones you’ll find on a normal JCB, even though both have to handle more than 1,000hp for repeated runway blasts. So it’s unmistakably a Fastrac, just a couple of tonnes lighter… 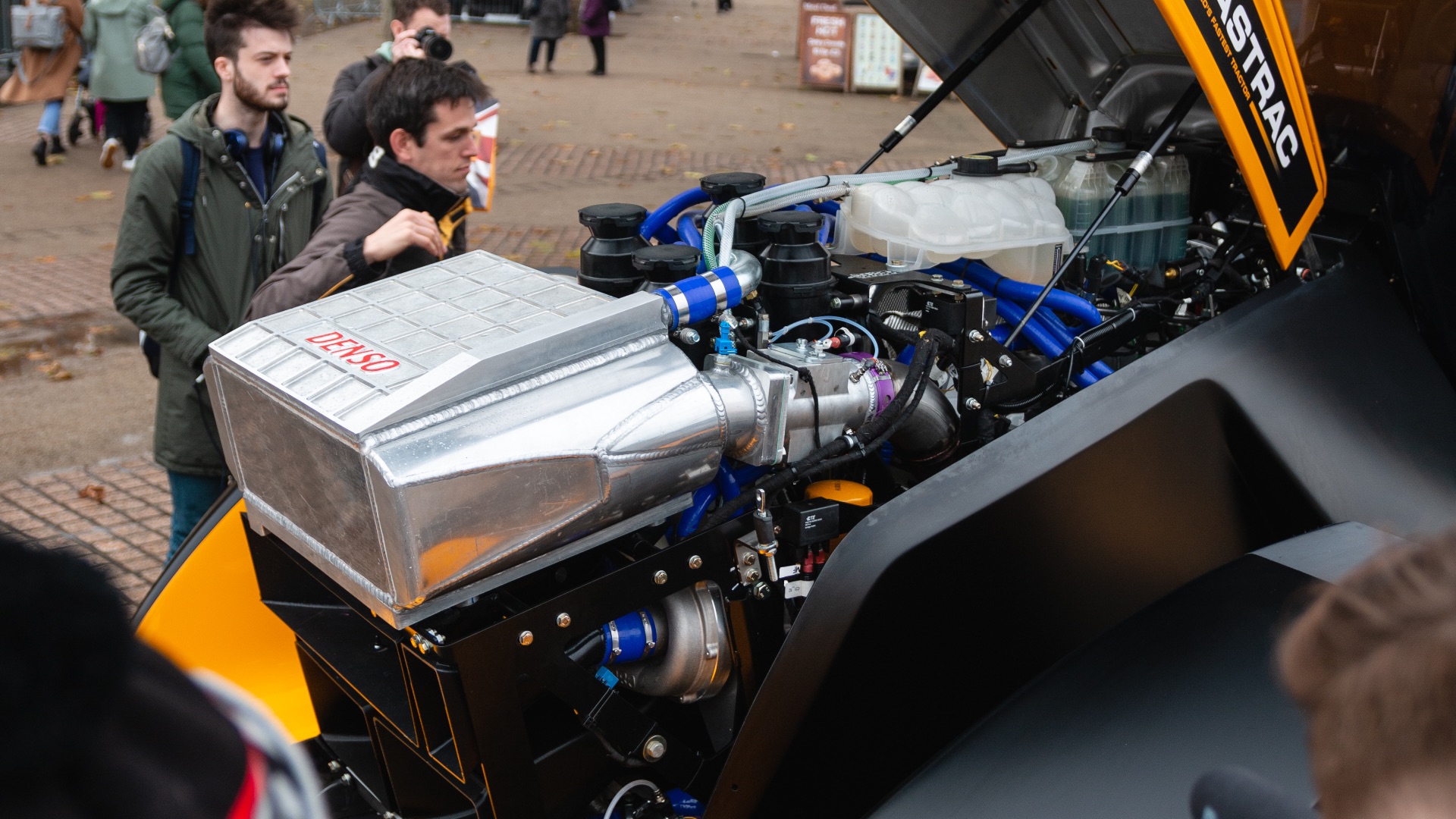 The heart of a 150mph tractor is fundamentally the same 7.2-litre six-cylinder turbodiesel that JCB fits to many of its machines.

“More air and more fuel equals more horsepower, and that’s what we needed,” said Skittery. To that end, with the help of Ricardo, a much larger turbocharger, electric supercharger and more powerful injectors were fitted.

More power means more heat, however. So to cool the air that makes its way through the large inlet trumpets and turbo, there’s an enormous new charge air cooler and ice box. Yes, an on-board container of ice, with 25kg used per run. The team reckons Tesco in York ran out of ice that day. 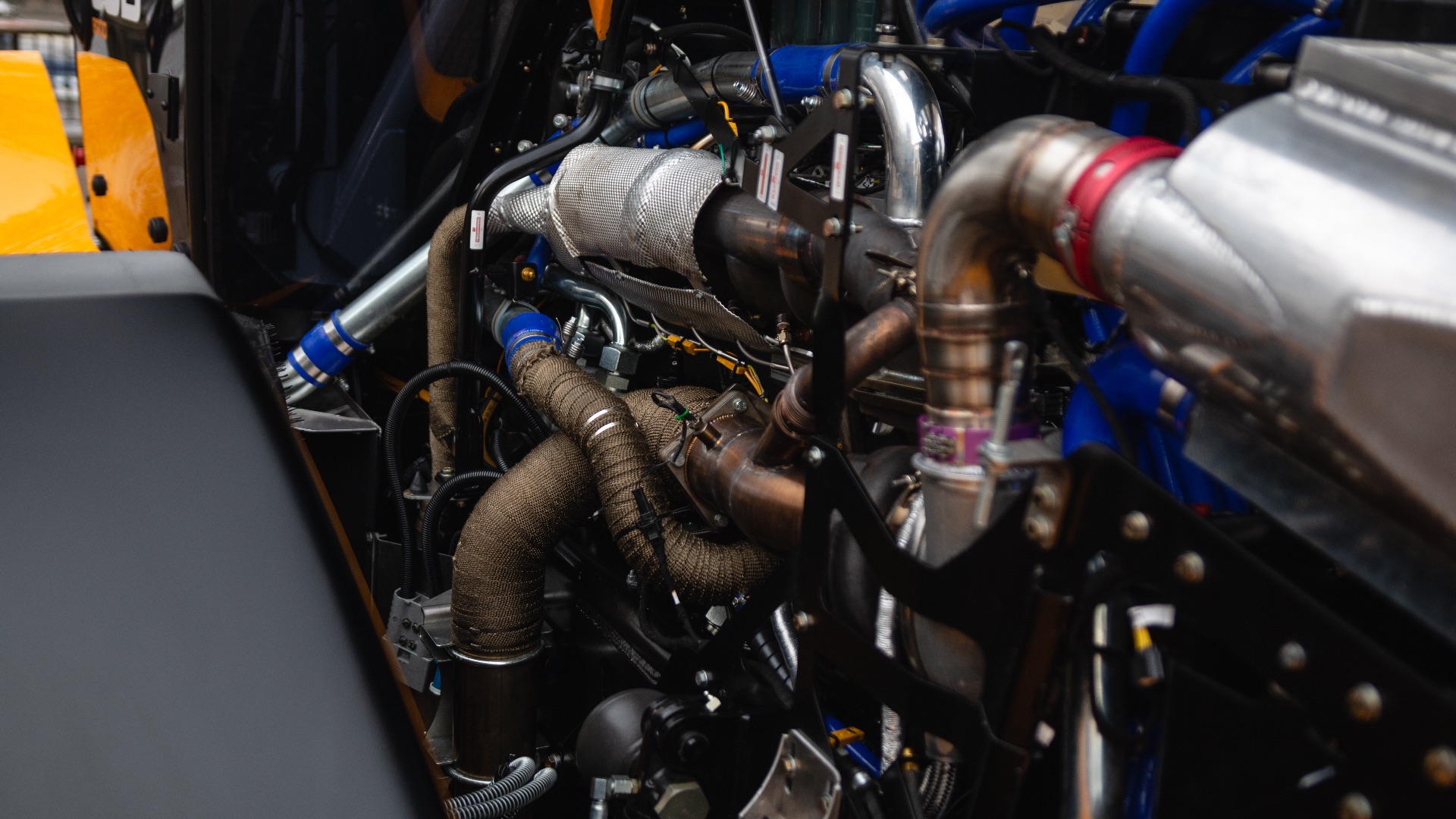 Guy Martin explained the extent of the cooling: “We were winding five bar of boost into it. The air leaving the turbo was 250 degrees, and getting cooled to 30 as it left the charge cooler. Just mega.”

What about the heat at the end of the combustion cycle? To deal with temperatures of nearly 900 degrees centigrade, the exhaust manifold is made of inconel – F1-grade stuff. 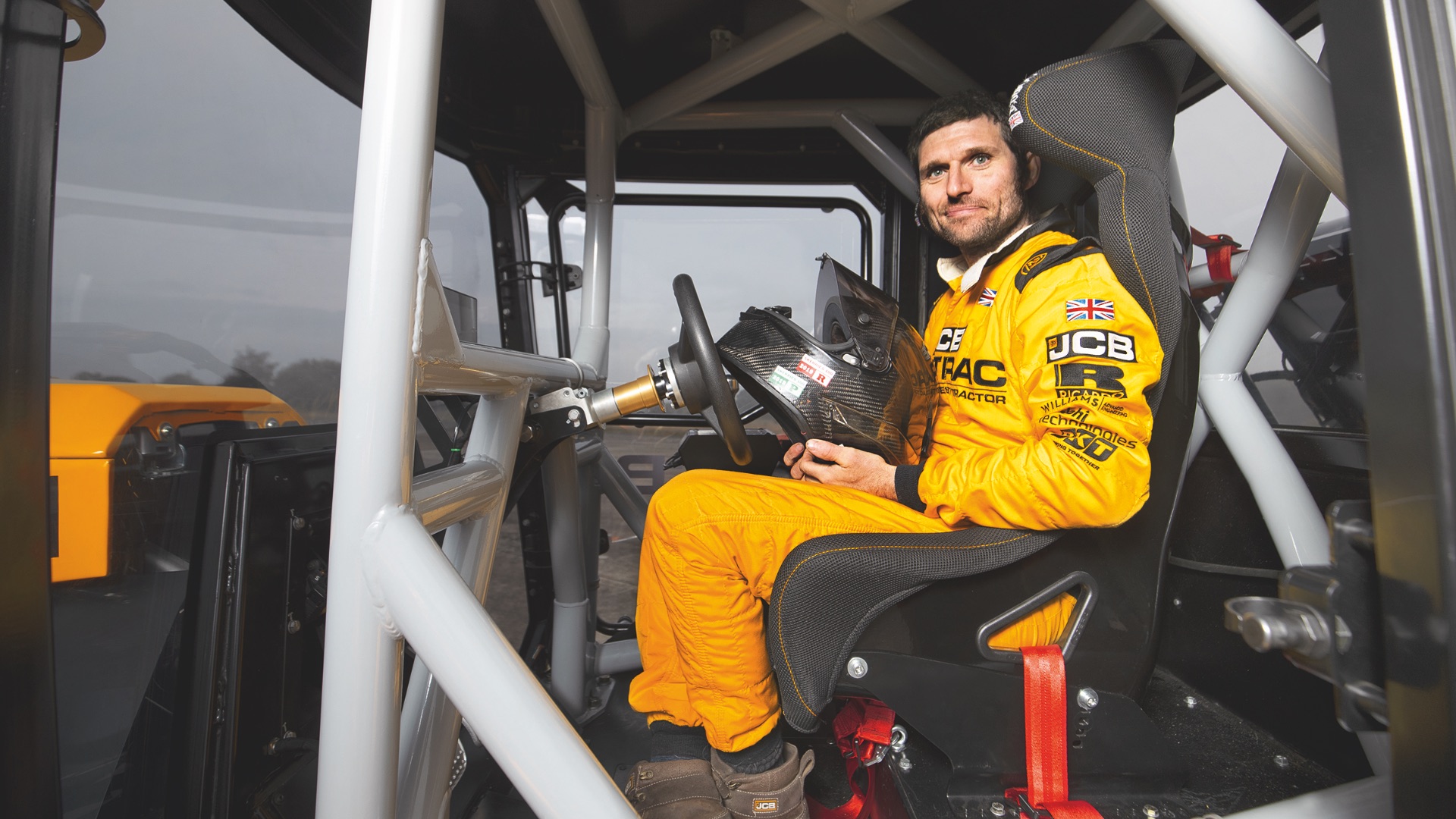 Think of an unlikely world speed record and Guy Martin would love to give it a go. To look at his high-octane output over the years, you suspect he’d be first in line if Andy Green had a sick day for cracking 1,000mph in the Bloodhound LSR.

Guy’s a veteran of the Isle of Man TT, soapbox speed records, sled speed records, and the Nurburgring record for the fastest Ford Transit. He’s got the specific experience required, too, having headed to this runway previously to hit 272mph on his motorbike. 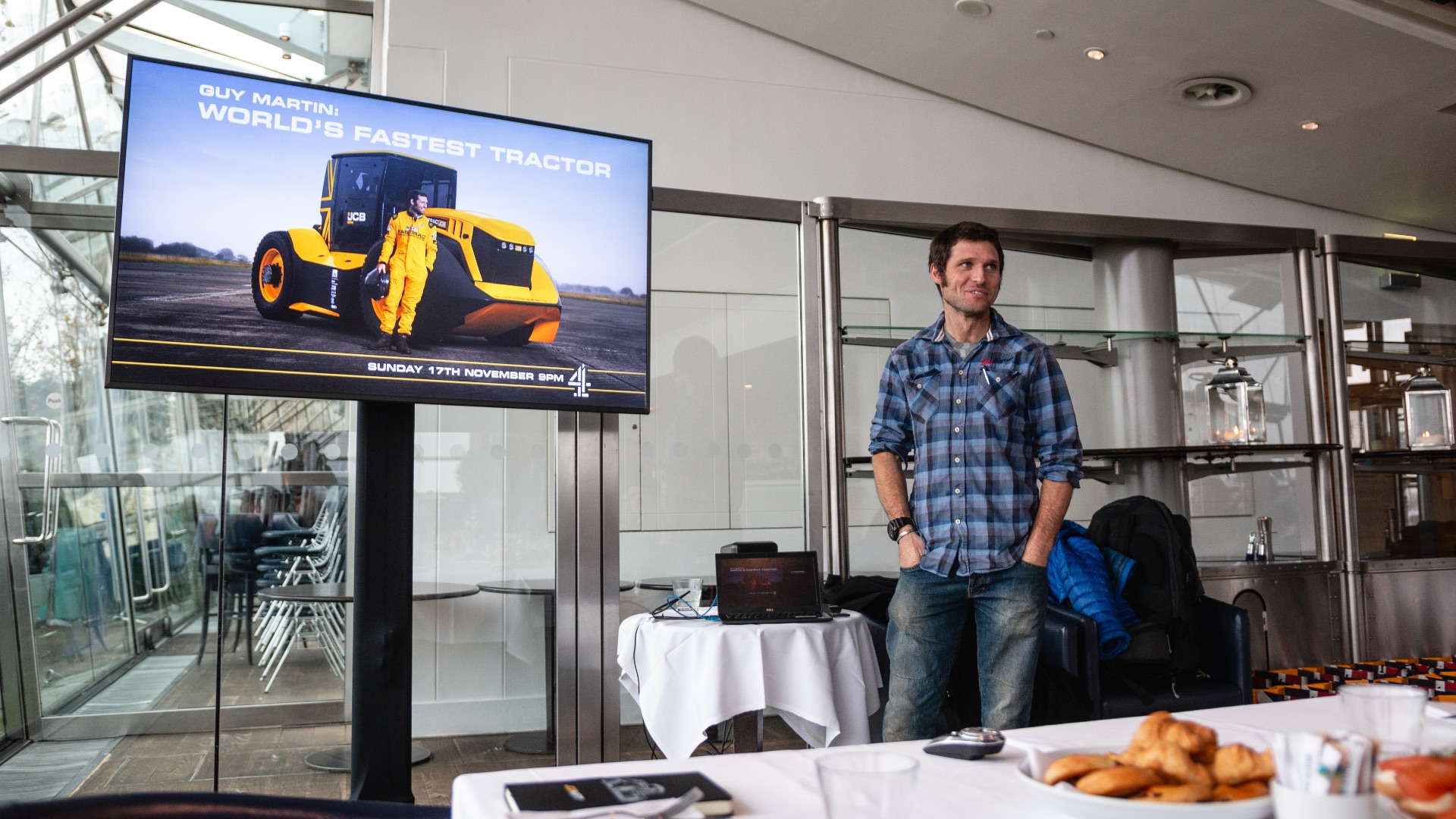 So what was it like to take a JCB to speeds a tractor had never been before?

“It were a right interesting job,” says Martin, in his inimitable style. His excitement and enthusiasm are that of a 17 year-old who’s just successfully completed his first handbrake turn. 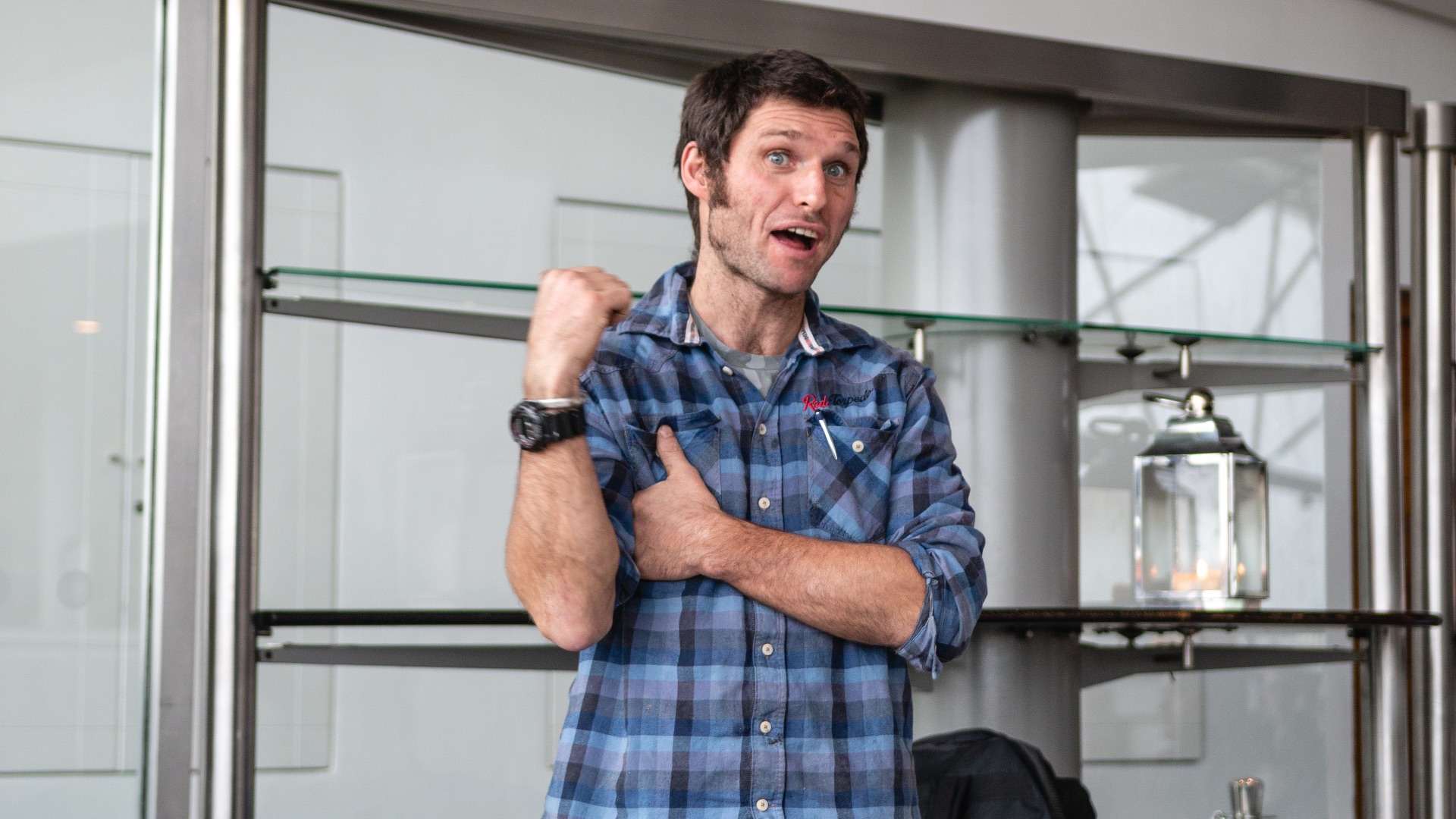 “That last run was a bit of a lap of the gods. We were pressing the Ricardo boys for more power and we were worried we’d need a wheelbarrow for picking up bits of engine. I think the phrase we used for that last run was “sh*t or bust” to get past 149mph.

“It was dead stable. You could sit and have a fag, not that I smoke. The first few runs I was hanging on for grim death, but the more I did, the more I got used to it. The hardest bit was the gearchanges. You had to get it exact, to not shift too late and get into the flat-spot, but not shift too early and lose boost and momentum.” 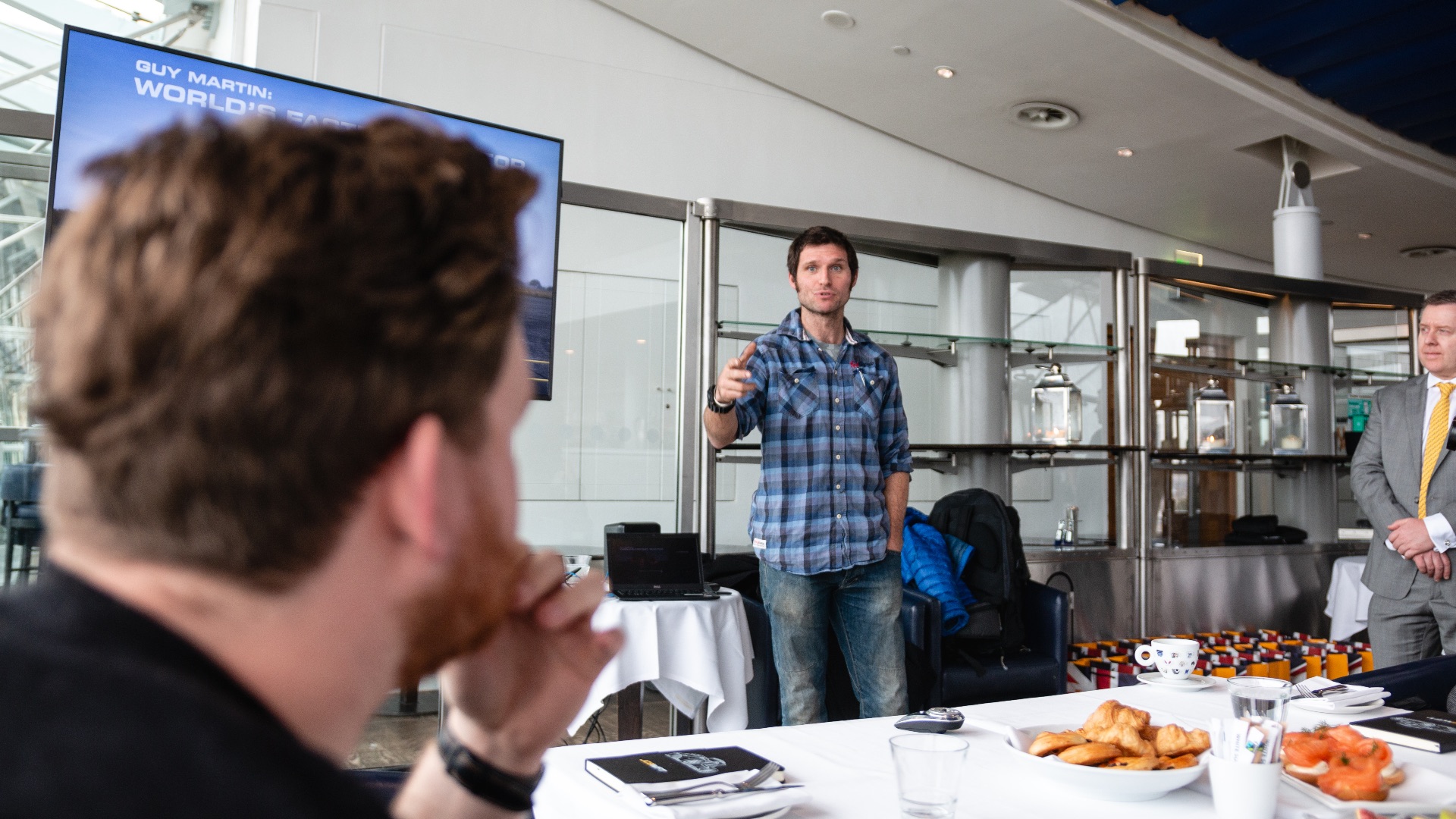 “We used every bit of the runway, backed up to the grass, and set a flag out for braking. Still, we nearly ended up on the grass at the end.”

Martin was a part of the team that prepared the Fastrac. His insights should have proven invaluable. In spite of his in-depth engineering acumen, he had a very simple request.

“They didn’t get a lot from me about handling or how yellow me overalls were. I just wanted more horsepower. I’m Harry Horsepower.”

JCB has been setting speed records for years. In 2006, its diesel-powered Dieselmax streamliner set a new diesel record of 350mph on the Bonneville Salt Flats, which still stands.

Lord Bamford, JCB chairman, is an avid car enthusiast, collector and racer, with classics in his collection such as a Ferrari 250 GTO that regularly sees action at Goodwood. 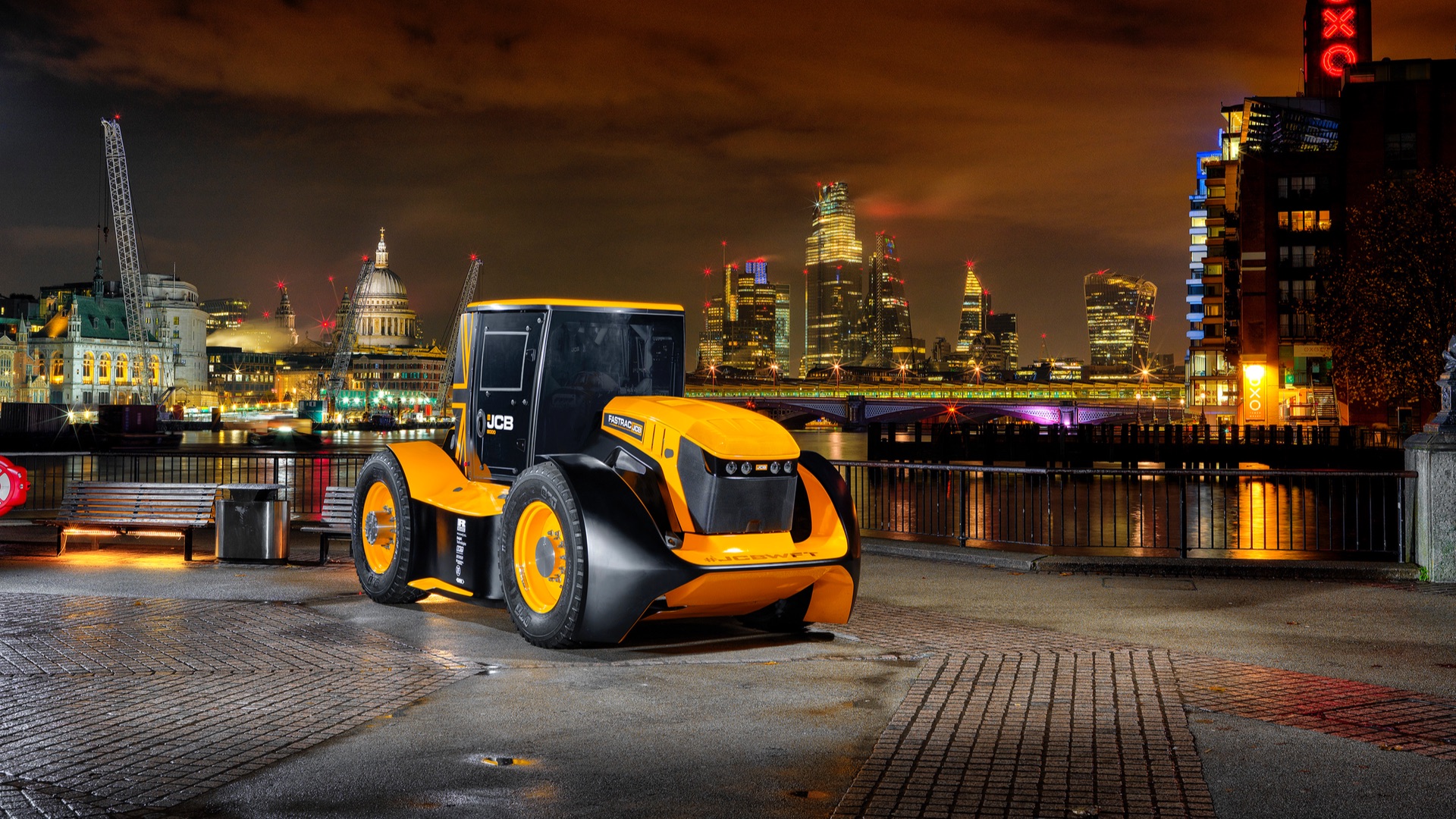 It’s also worth noting that the Fastrac was already the world’s fastest tractor in showroom spec. You won’t see a 1,000hp+ Fastrac in dealers any time soon, though.

It seems only right, then, that JCB should be the company to engineer such an unlikely record – and that Guy Martin should be the pilot to get it there.

As for going faster? Martin reckons it was petering out at that 153mph mark, even though there was another gear to go. Perhaps Harry Horsepower will get his wish for an even quicker run soon.