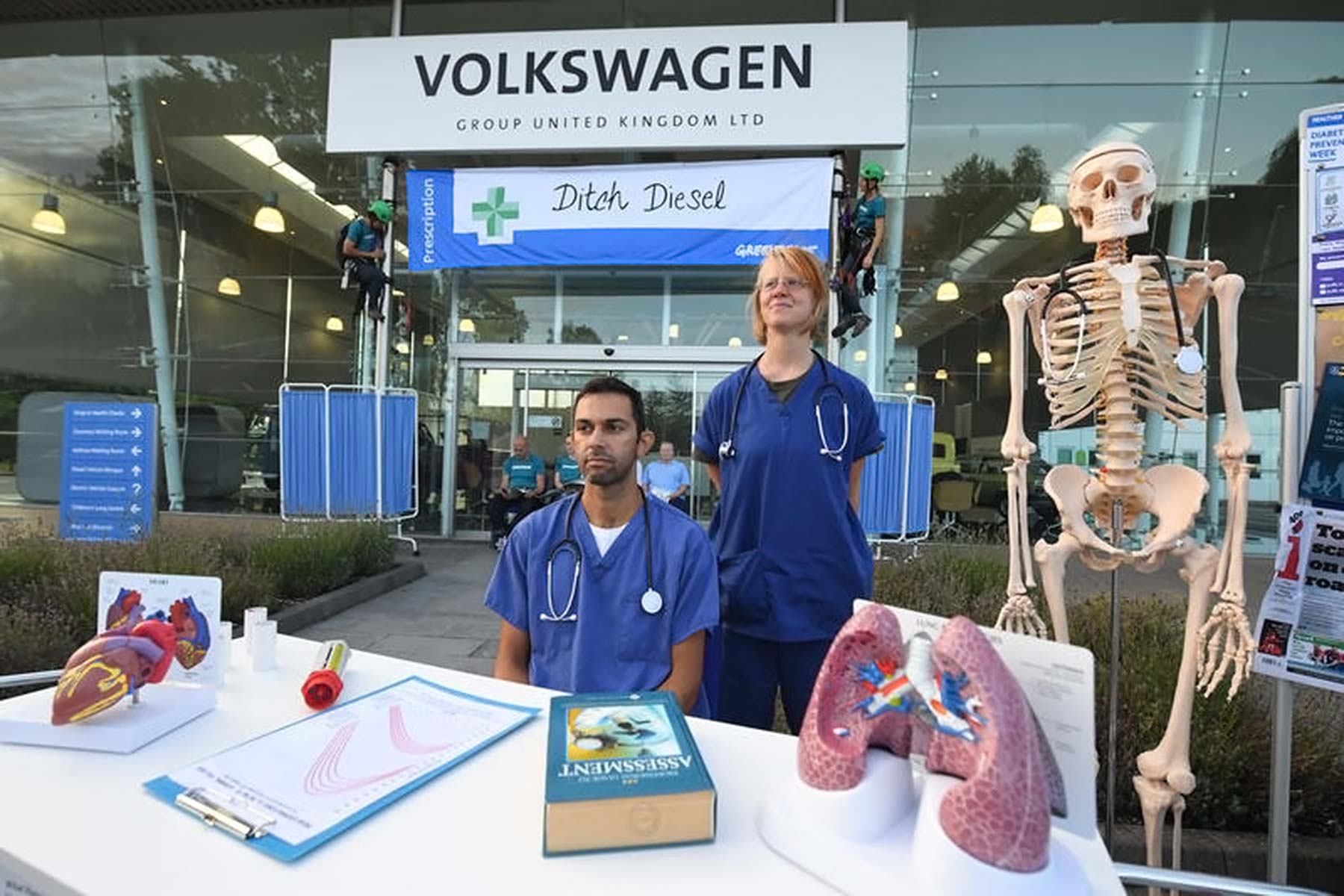 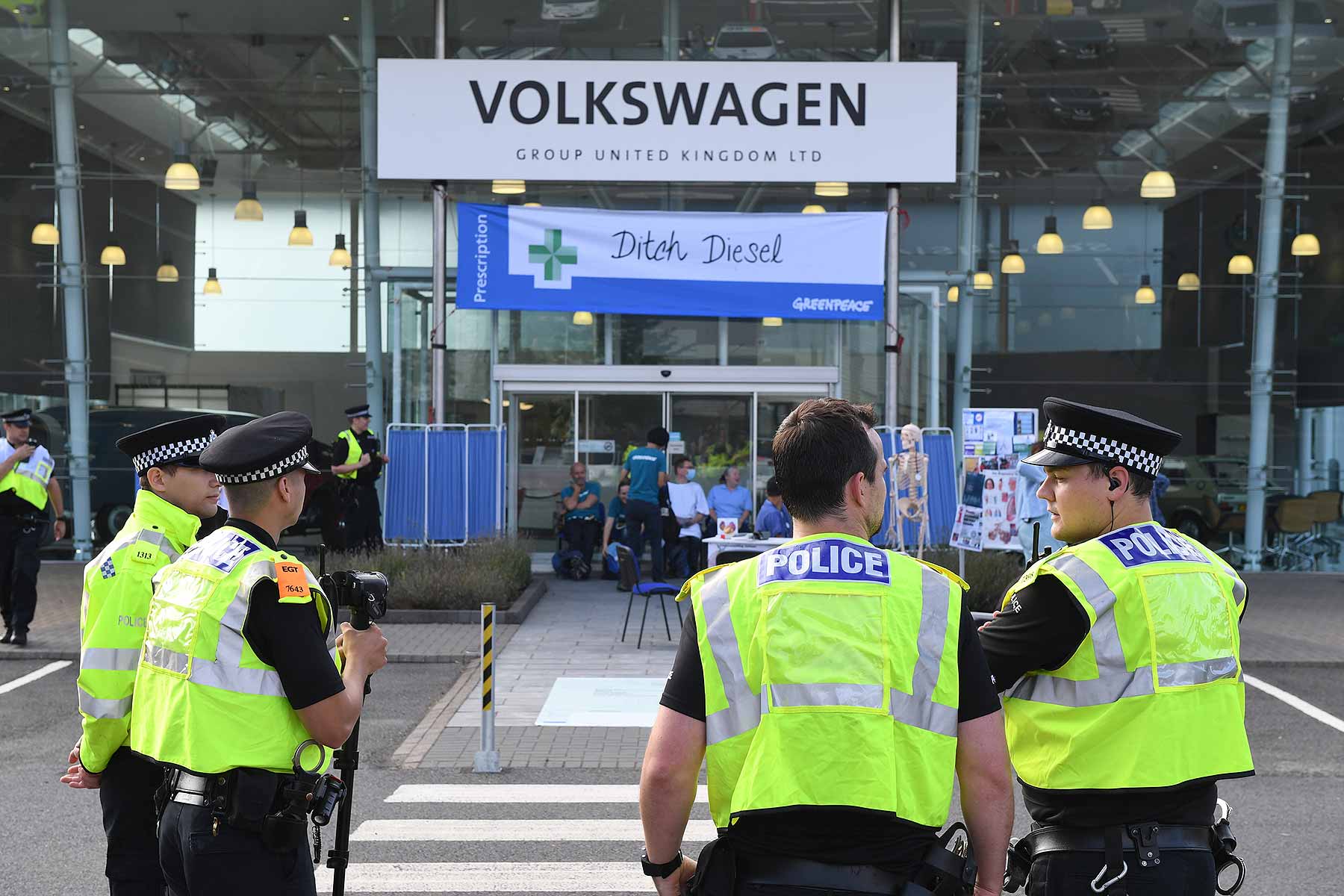 Greenpeace UK is staging a protest outside Volkswagen Group UK’s Milton Keynes headquarters, which it claims has blocked more than 800 staff from starting work this morning.

Volkswagen fined in Germany for dieselgate

Mel Evans is Greenpeace’s clean air campaigner and said that, as the UK’s biggest seller of new diesel cars, “Volkswagen is complicit in an air pollution crisis that’s filling up emergency departments and GP surgeries.

Medics and activists are turning @UKVolkswagen HQ into an emergency diesel pollution clinic.

Not even VW can ignore the diesel health crisis when it’s at their place of work – and they definitely can’t ignore it if it’s all over social media too. RT pic.twitter.com/0V9i9iPrpr

“Volkswagen sold us a lie about diesel being clean. Its diesel addition is seriously harming people’s health.”

The firm, she claimed, “won’t meet with us and won’t listen. So today we’ve brought the truth about diesel to its doorstep”.

The Greenpeace demonstration, which went live at 7am, mocked up a hospital with “a diesel pollution clinic outside to offer advice”. Greenpeace also has medics in attendance; it is offering heath checks to staff and members of the public.

The protest, added Greenpeace, was a peaceful one, aimed at securing a meeting with Volkswagen Group UK MD Paul Willis.

Your mission if you choose to accept: help us get @UKVolkswagen’s boss, Paul Willis, to return our calls.

Diesel pollution is causing horrendous suffering across the UK and storing up a lifetime of troubled health for our kids.

Doctor in respiratory medicine, Arash Saleh, was at the protest. “Diesel pollution is causing horrendous suffering acrosss the UK and storing up a lifetime of troubled health for our kids. If you could see it, diesel would be banned tomorrow.”

“Volkswagen is aware of a protest at its Blakelands premises this morning,” said a spokesman for the firm.

“The safety of our employees is our principal concern and so the matter is now being handled by the police.”

In response to Greenpeace’s claims and demands, they added: “The Volkswagen Group has launched the most comprehensive electrification initiative in the automotive industry with “Roadmap E”. This will bring an additional 80 new electric vehicles to the Volkswagen Group model range by 2025.

“Roadmap E brings a 20 billion Euro investment to electric vehicle technology with the goal of 25 per cent of Volkswagen Group vehicle production comprising electrified vehicles by 2025 and 50 per cent by 2030.”