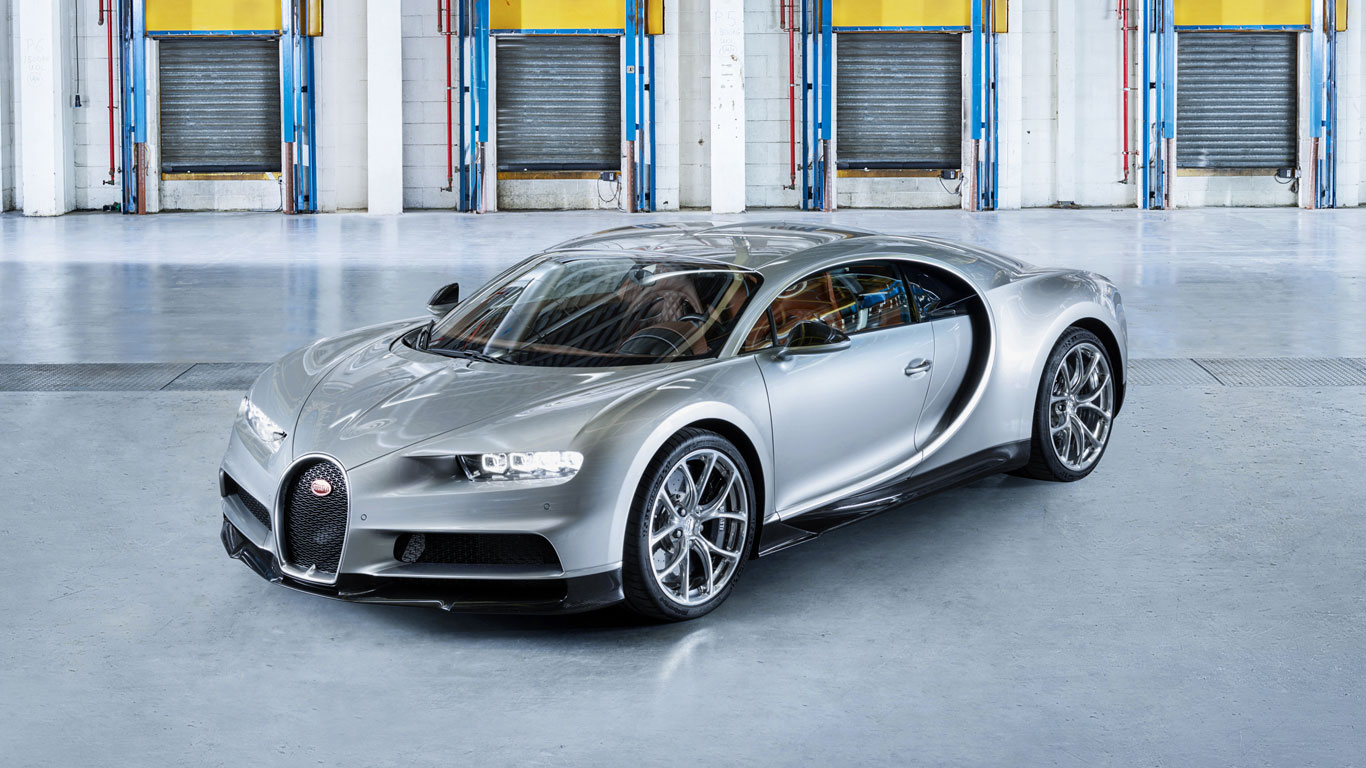 There are car awards, and then there are the GQ Car Awards 2018. For the style-focused magazine, in which you can read about Brad Pitt’s epic grooming evolution, or learn how to woo Emily Ratajkowski (probably), the awards are less about boot space and fuel economy, and more about the way cars look and feel.

So who won? Comb your hair, moisturise your beard and step this way. 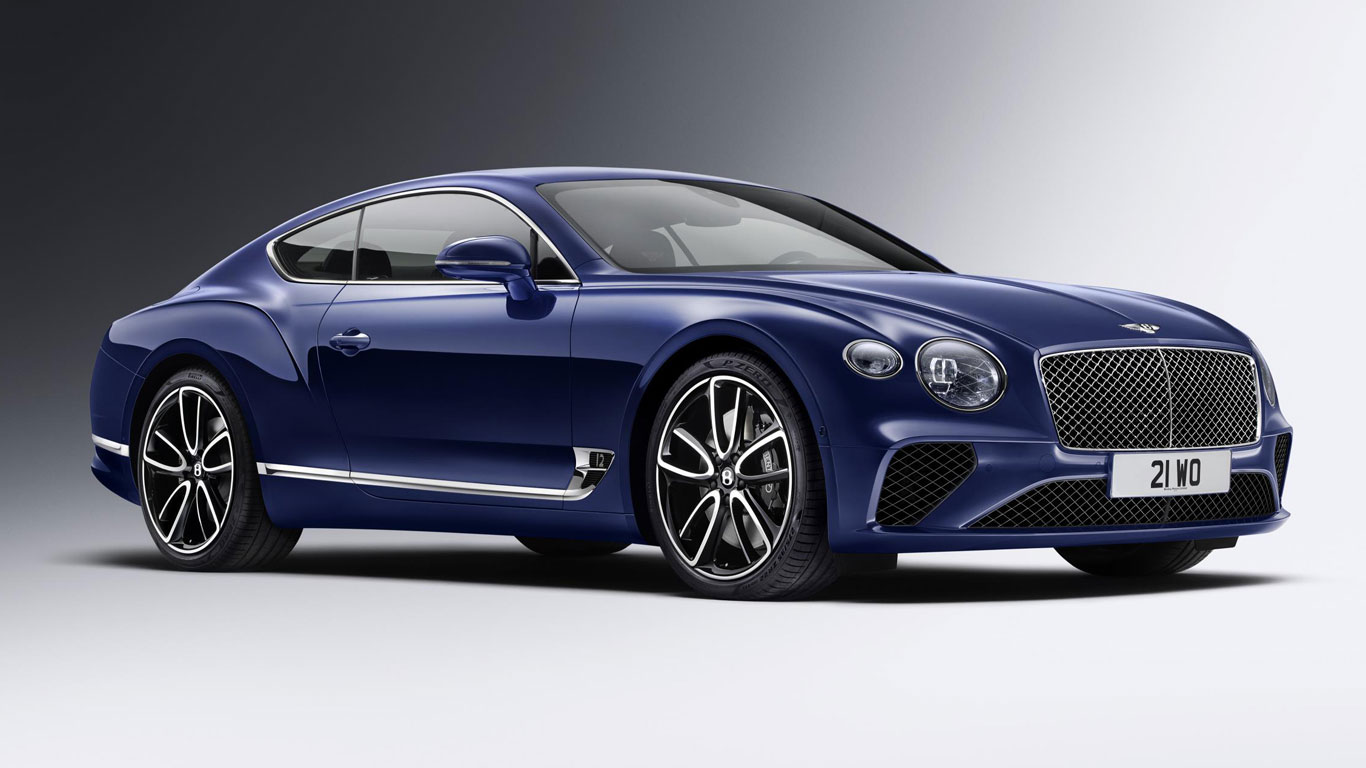 We suspect this was a close run thing between the Suzuki Celerio, Dacia Sandero and Bentley Continental GT, but Crewe emerged victorious in the battle for the best interior. GQ points to the leather that swathes much of the GT’s cabin (complete with 310,675 stitches), along with the ten square metres of veneer and the new central infotainment display, as the primary reasons for the Continental GT’s success.

The Bentley Continental GT is powered by a new 635hp 6.0-litre W12 engine. Power goes to all four wheels, although most of the time it’s a rear-wheel-drive machine. Bentley claims that the interior offers “practically limitless scope for personalisation”, which isn’t necessarily a good thing when your client list includes Premier League footballers. 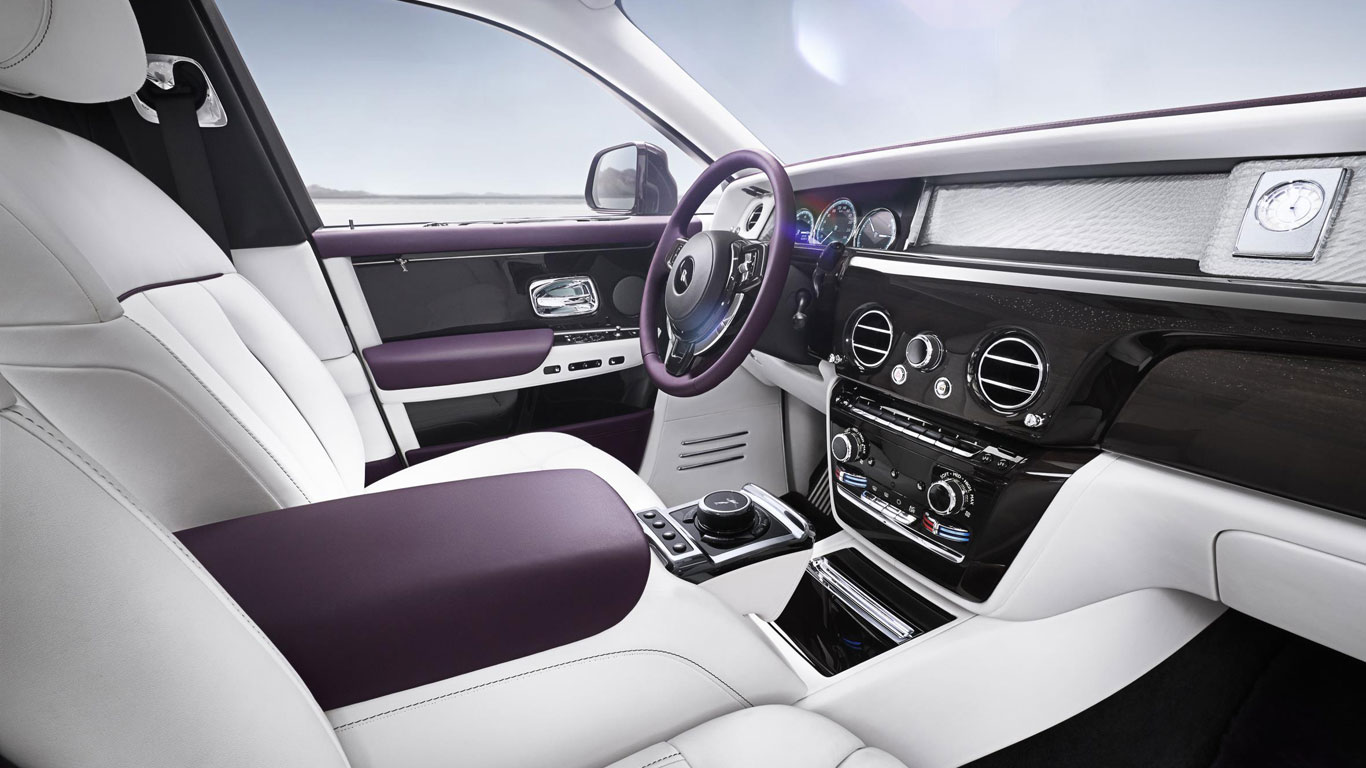 “Simply put, this beautiful machine does nothing less than reinvent the concept of car travel,” says GQ, using words that sound remarkably similar to something we read in the brochure for the 1995 Hyundai Lantra. Of the Phantom, GQ claims “it has an art gallery where others have a dashboard”.

This a reference to the glass-fronted, hermetically-sealed space which runs the full width of the dashboard, where owners can curate their own bespoke artworks. GQ invites you to “sink into the embrace of the most sumptuous rear compartment ever created”. In unrelated news, Kim Kardashian was conspicuous by her absence at the awards do. 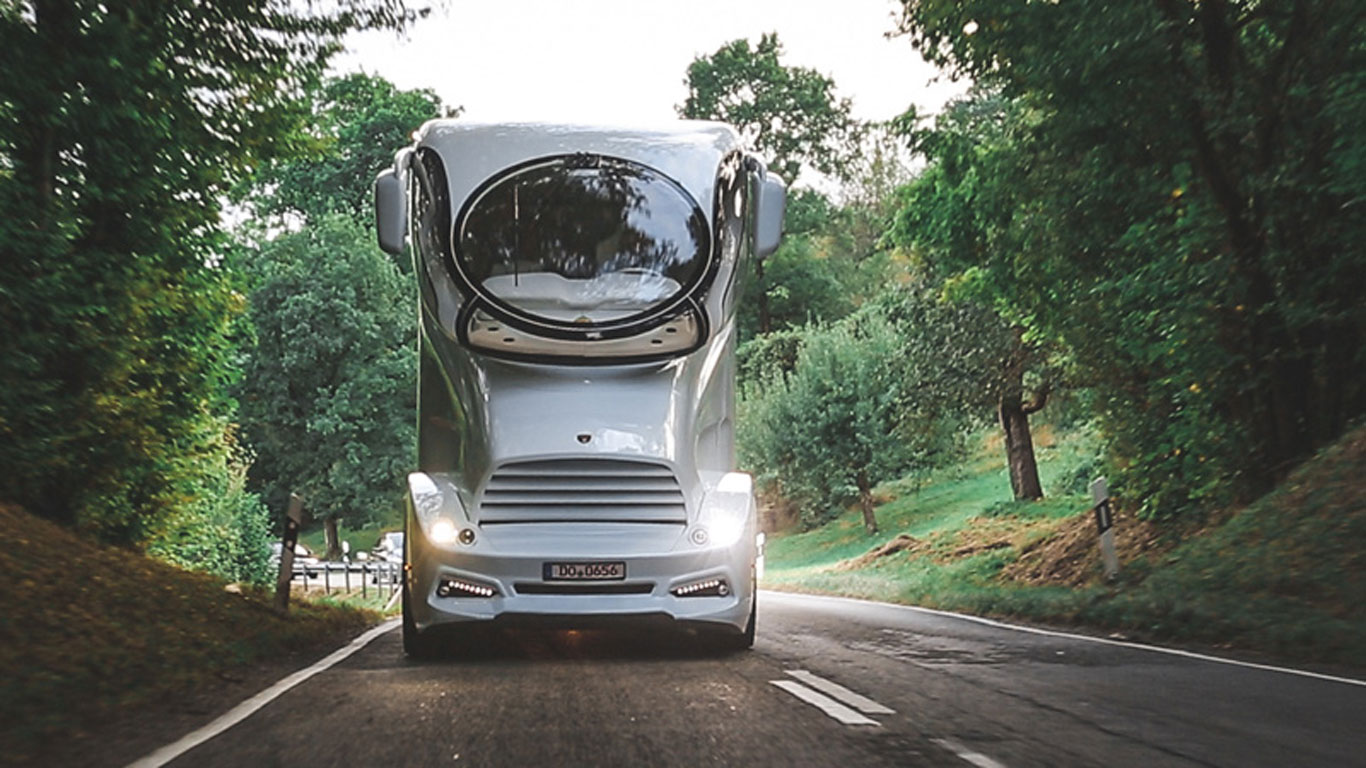 Don’t allow the Elephant Man styling to send you scurrying for the safety of behind the sofa because Marchi Mobile builds some incredible moveable mansions. The top-of-the-range Elemment Palazzo Superior features a panoramic, helicopter-like windscreen, a Sky Lounge on the roof, a four-metre sofa within reach of a bar, plus a king-size bed manufactured by the same company used by the Royal Family.

Sure, it comes with a £2 million price tag, but this thing can rival most homes for luxury and space. And if you don’t like your neighbours, you simply up sticks and move somewhere else. The company’s founder, Mario Marchi, has a background in trucking, but the Elemment series – officially ‘eleMMent’ – is far removed from the lorries you see pounding the A1.

The taking the limo to the next level award: Audi A8 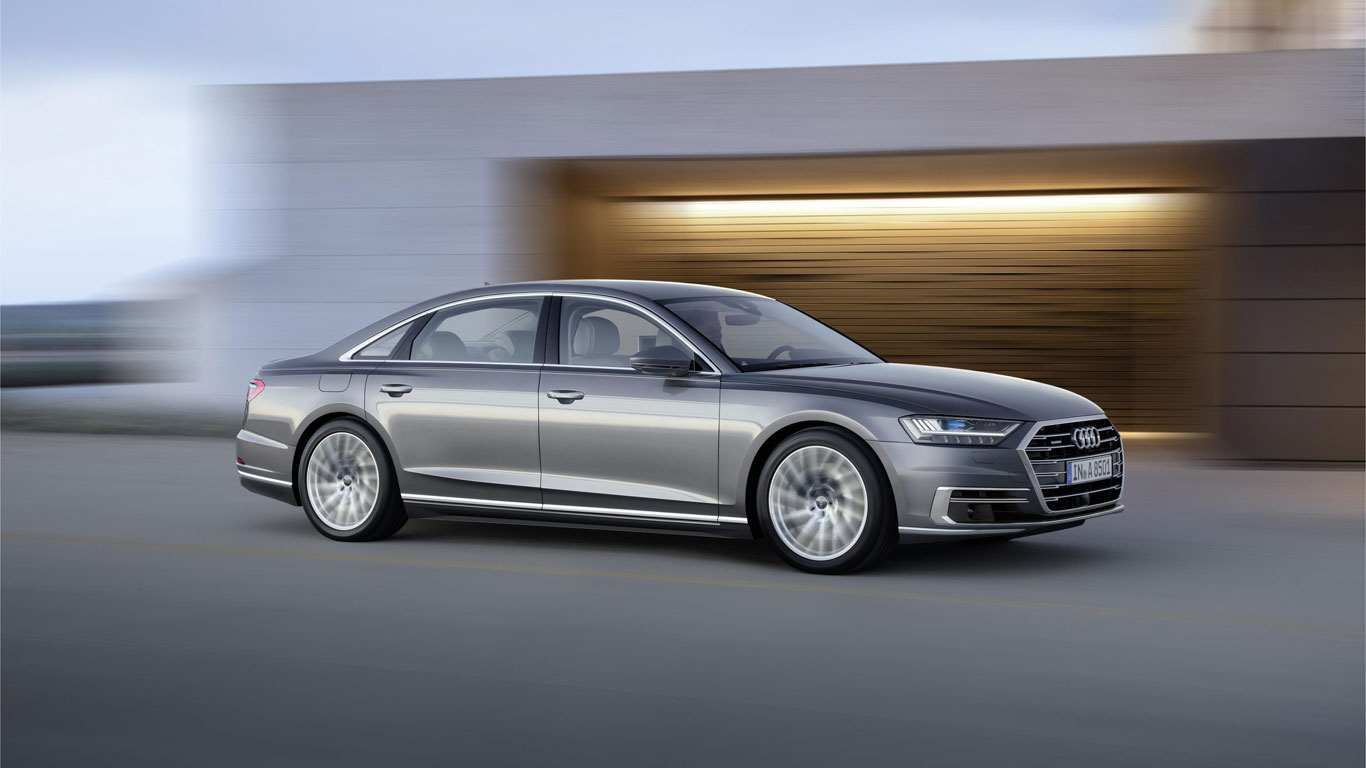 “The only surprise about the Audi A8 winning a GQ Award was that it didn’t turn up driving itself to collect the prize,” says GQ. The fact that the new A8 is the first production car to feature Level 3 autonomy is the primary reason for Audi’s success, with the car having an ability to take over driving duties at speeds of up to 37mph.

We’ve driven the new A8 and are in total agreement with the GQ judges. Our verdict: “The Audi A8 is a deeply impressive machine. It fulfils demands for luxury, space and discrete performance, and now has a statesman-like appearance that at least makes it the equal of its rivals, and a viable alternative to the Bentley Flying Spur. Whether all this will be enough to entice more buyers into the A8 fold, however, remains to be seen.”

The climb every mountain in luxury award: Range Rover Velar 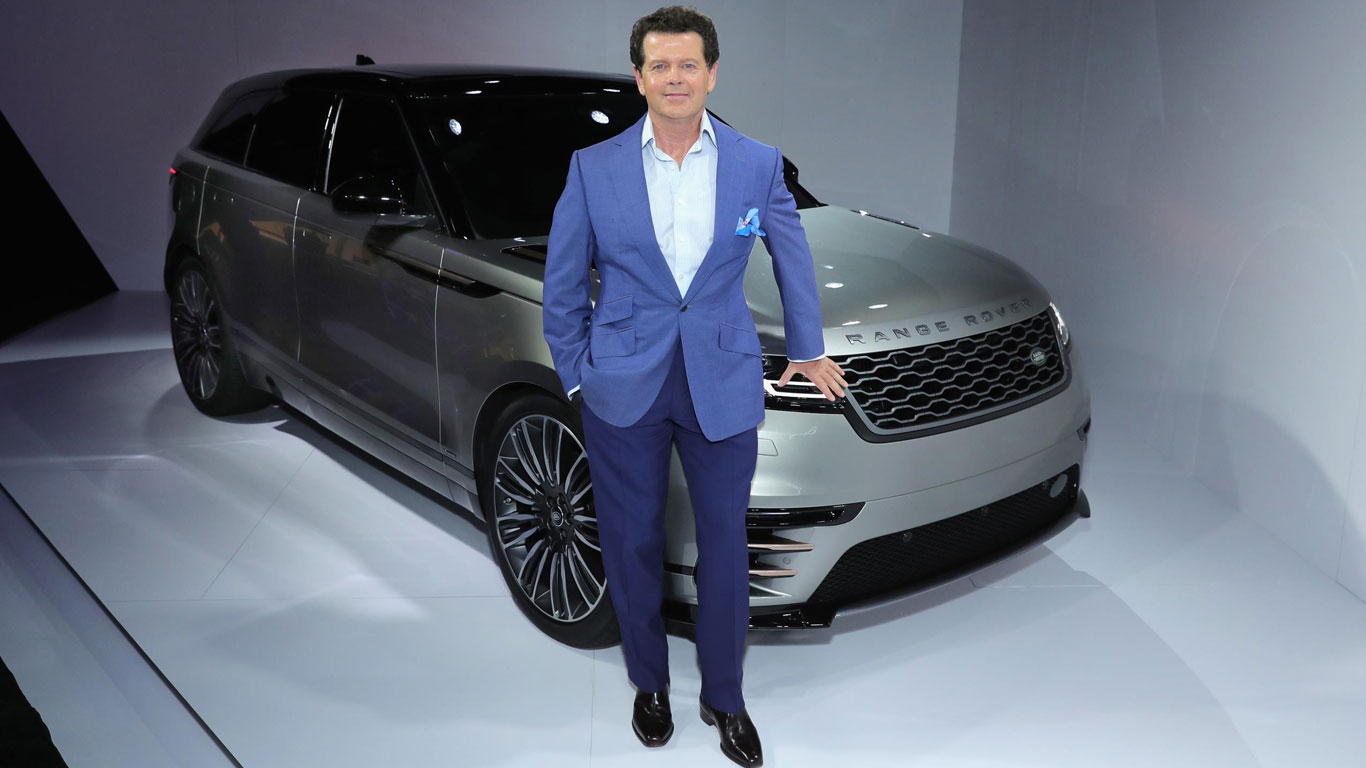 GQ says: “On the outside, this mid-sized SUV is a sleek and stylised take on the modern Range Rover: flush door handles, rakish roofline and Land Rover designer Gerry McGovern’s effortless reductionism. On the inside, it’s a futuristic reinterpretation of a cockpit governed by minimalism (three touchscreens control everything), sustainability (Kvadrat textiles are a seductive option) and elegance (it’s clean, clutter-free and cool).

“That it can cruise effortlessly through any urban landscape is a given, but when called upon, it can also conquer where mountain goats fear to tread. We love the new Velar. There, we said it.”

We said: “The Velar might be a landmark car for Land Rover. The machine that leads the brand’s move from traditional premium into futuristic, sophisticated luxury goods. Because if this is such an event, just imagine what the next Range Rover will be like. In focusing so much on tech-savvy, Apple-loving luxury buyers, it’s created a machine with untold showroom appeal. The drive, while good, is secondary. It’s all about the experience. And what an experience it is.”

Best way to make the jump to lightspeed: Bugatti Chiron 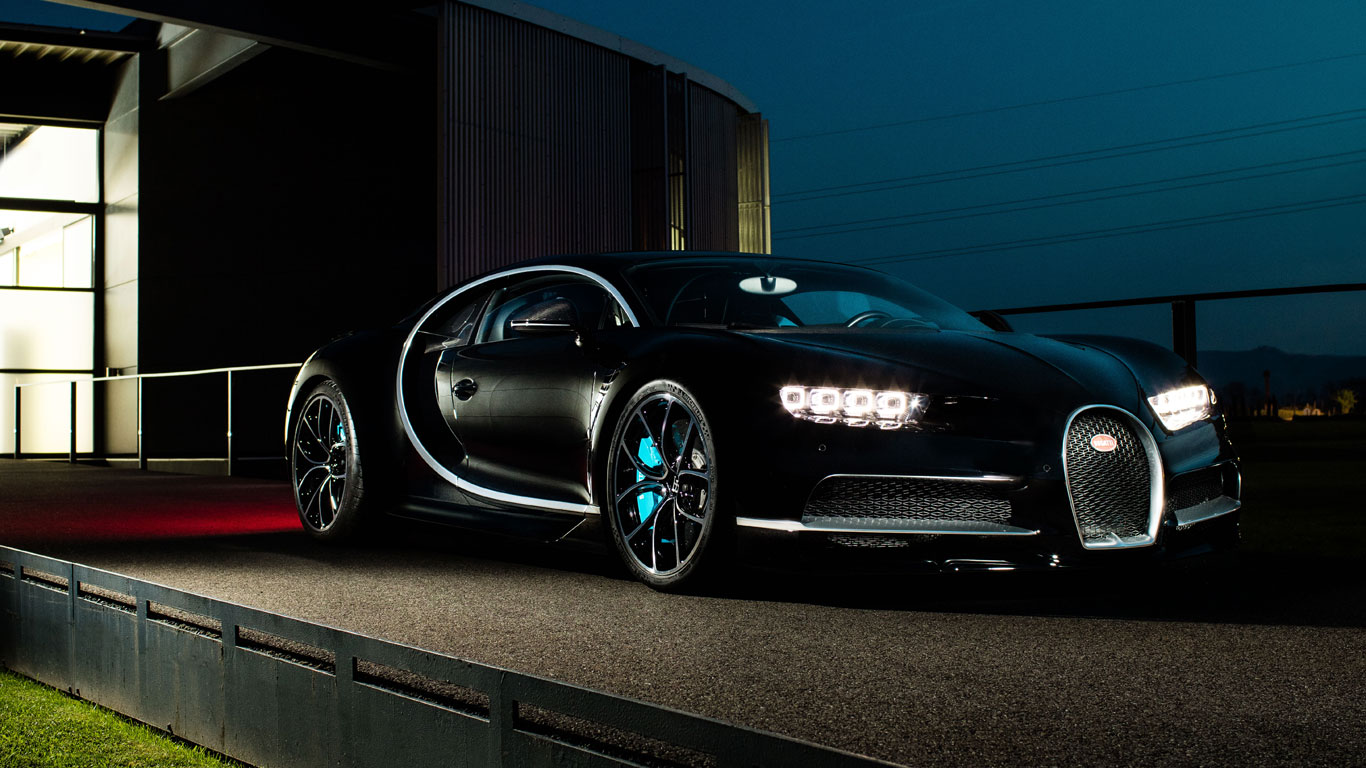 In a recount, the Bugatti Chiron edged the Nissan Serena and Elon Musk’s space-invading Tesla Roadster to take this prestigious award. The Chiron is the perfect GQ car: as at home on a runway as it is on the catwalk. No matter how fast or how far you drive to the lavish VIP party, nothing says you’ve arrived quite like a 261mph Bugatti.

If you fancy rocking the Bugatti Chiron look on the cheap, you could always opt for the Passat W8, which stems from the same Volkswagen Group family tree and is essentially the same thing, only with fewer cylinders and more doors. In a recent interview with GQ, Daisy Lowe said that boot-cut jeans are the least sexy thing a man can wear. She also said that all would be forgiven if you turned up at her gaff in a Passat W8. Probably. 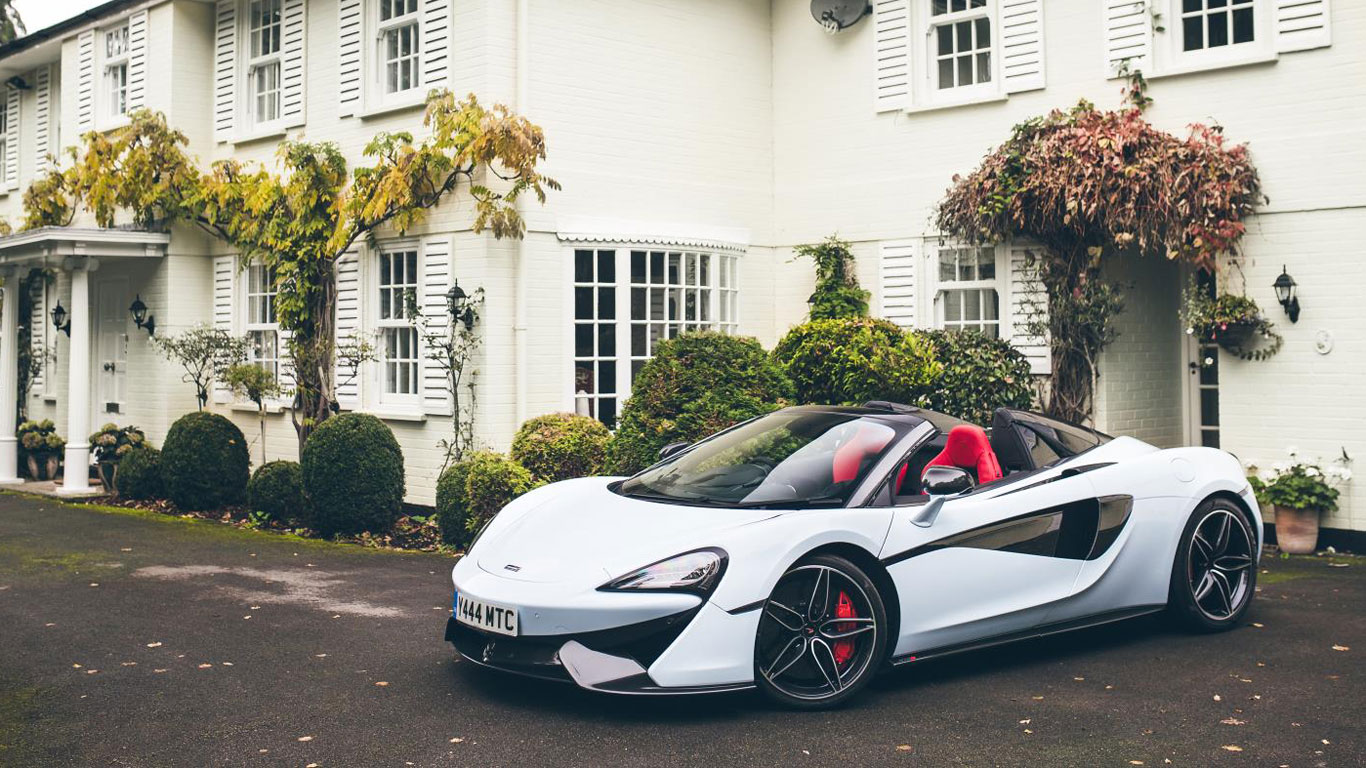 You wouldn’t expect to find an award for ‘technological hedonism’ in Which? magazine, but if you did, the Honda Jazz would win. For GQ, the Jazz was never in the running, which leaves the McLaren 570S Spider to scoop the award. According to the judges, the 570S Spider is the year’s purest driving machine. They’re yet to drive a Jazz Sport.

Our own Tim Pitt is a fan, saying: “The Huracan is still king if you like to show off, and the R8 offers 90% of the fun from up to £35k less. But for those who buy a supercar to drive, and hang the cost – to get up before dawn, forget A-to-B and just go, the McLaren goes straight to the top of the class.” He used to write for Which?. Jazz hands. 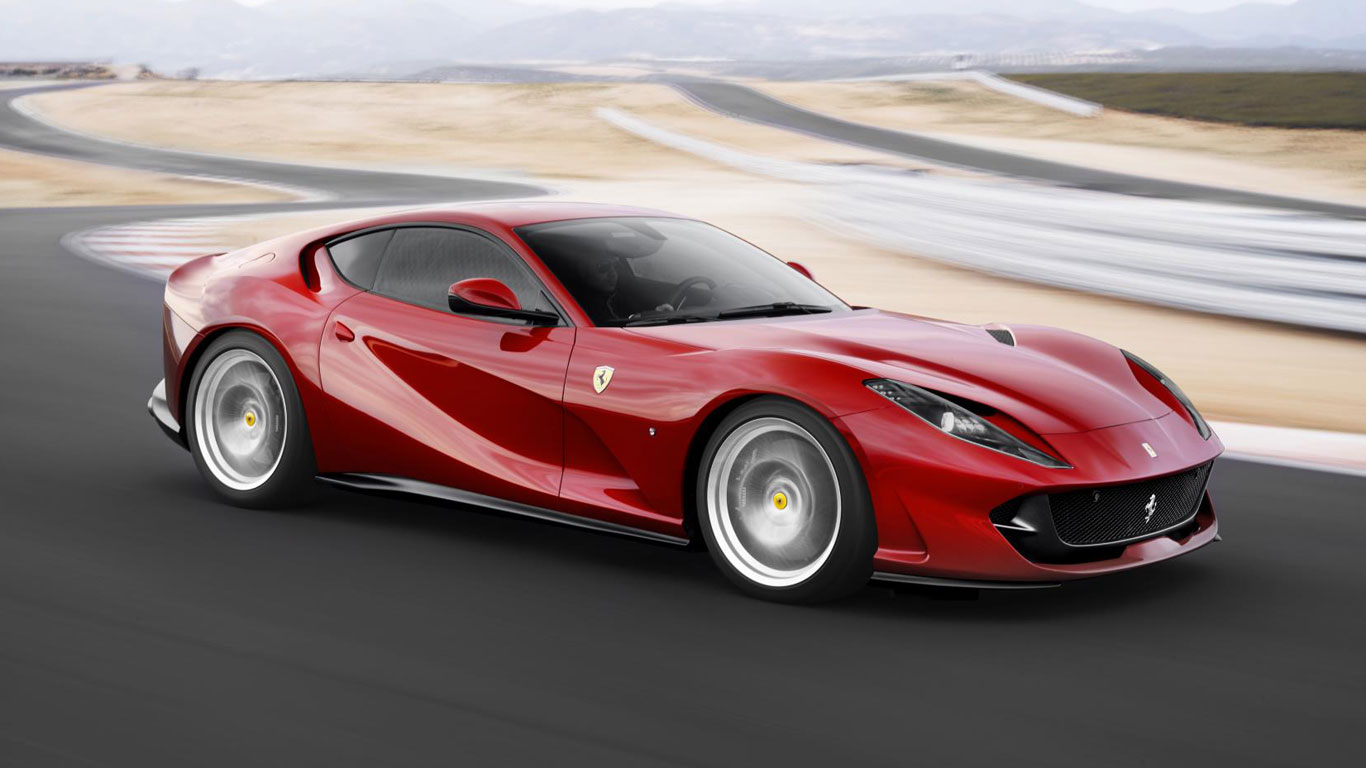 Tim hasn’t driven the Ferrari 812 Superfast, but if he had, we reckon he’d prefer it to the Honda Jazz. We get the impression that GQ had some fun coming up with the categories for the 2018 Car Awards, but things must be a little easier when you’re not dealing with crossovers and family hatchbacks.

What a way to celebrate your 70th anniversary. While some folk order a bespoke card from Moonpig and chuck a few trays of Iceland jumbo tempura prawns and sticky chicken skewers on a trestle table, Ferrari decides to launch a ‘suped-up’ version of the F12 Berlinetta. You’ll soon run out of superlatives to describe the most super superfast supercar in the world.

Best use of electricity since the lightbulb: Jaguar E-Type Zero 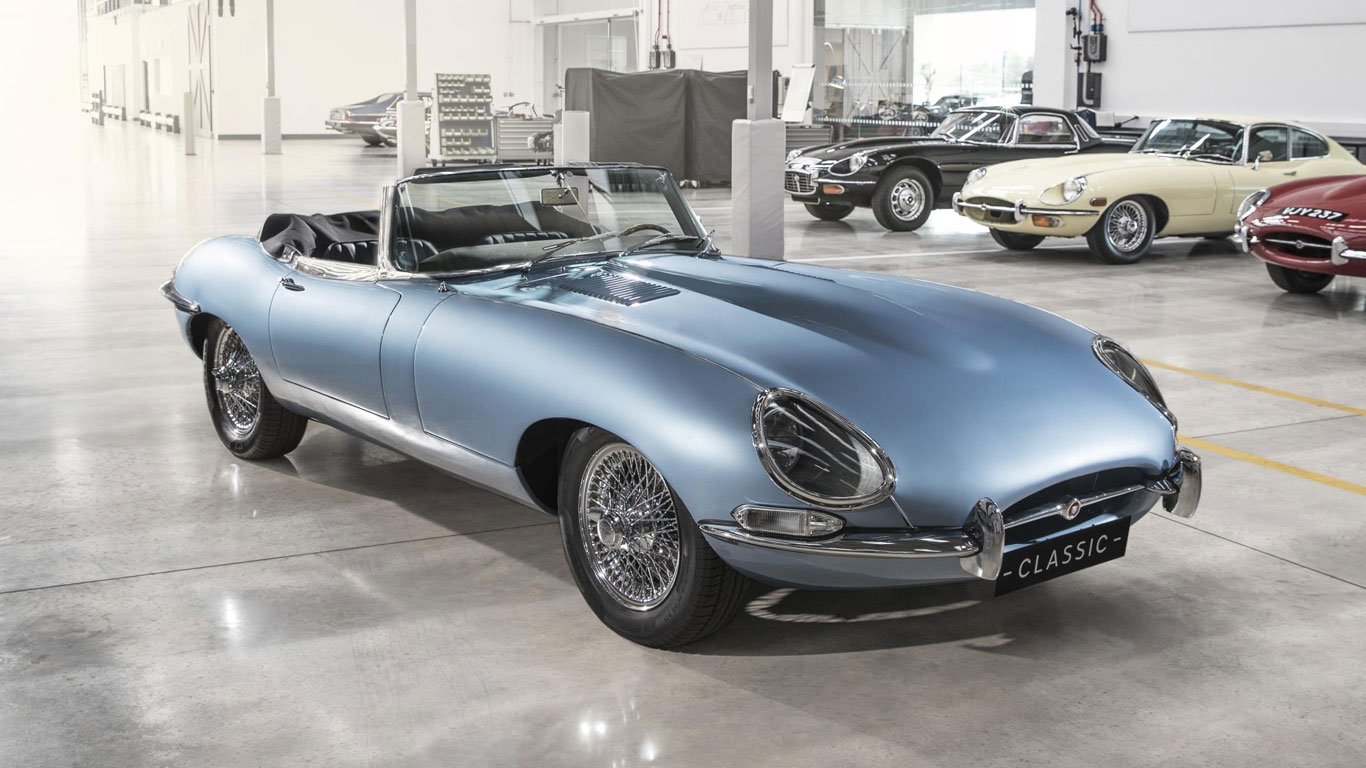 It looks like a regular E-Type, but the Zero is hiding an electrified secret. Jaguar has developed a 220kw powertrain for the E-Type Zero, with the lithium-ion battery pack the same weight and a similar size to the XK six-cylinder engine found in the E-Type. It’s 46kg lighter than the original, helping it to sprint to 62mph in just 5.5 seconds, about a second quicker than a Series 1 E-Type.

Jaguar will convert any classic Jag to electric – for a price – so form an orderly queue if you fancy a zero-emissions X-Type. As for the best use of electricity since the lightbulb, that has to be Mighty Metro Scalextric set of the 1980s, right?

The vision of the future award: Vision Mercedes-Maybach 6 Cabriolet 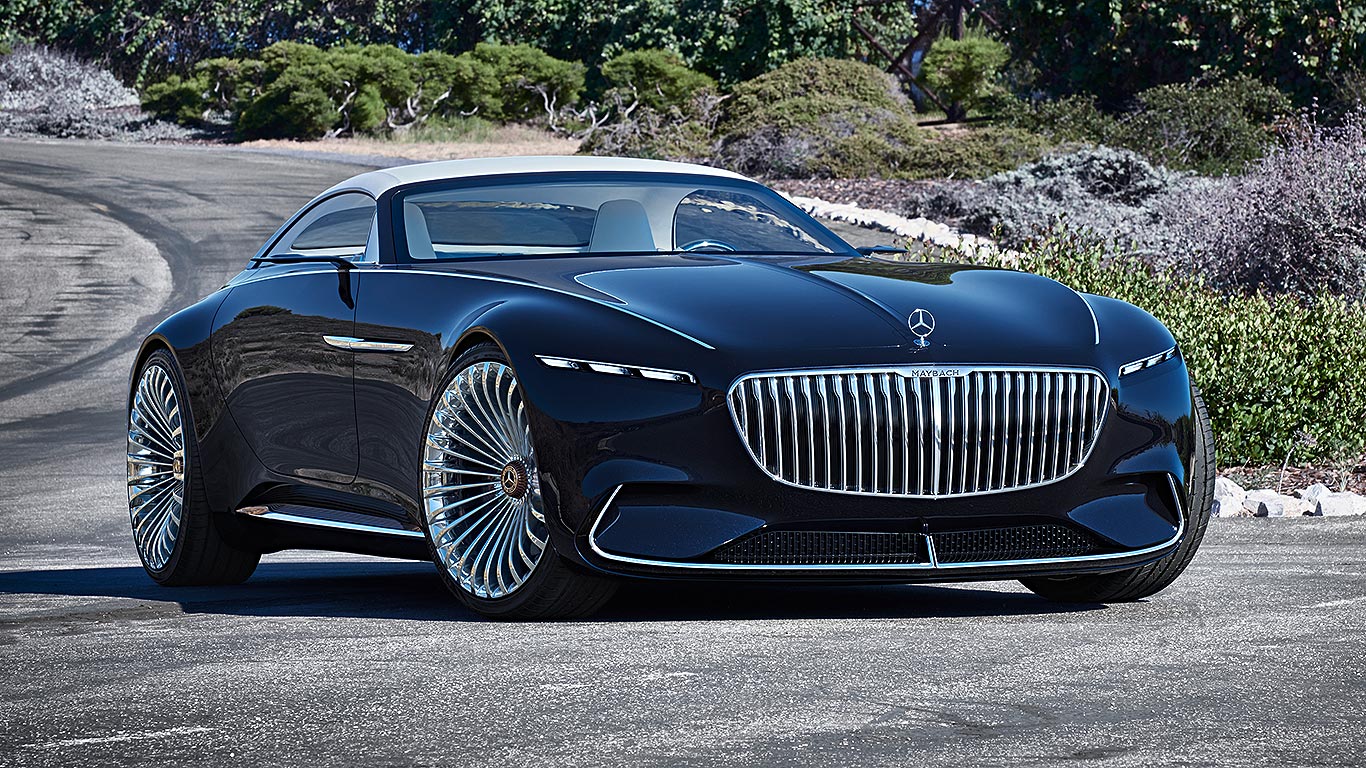 The Vision Mercedes-Maybach 6 Cabriolet was unveiled at the appropriately lavish Monterey Car Week in California. The 5.7m beauty features a bonnet so long it spans two time zones, while the enormous 24-inch alloy wheels wouldn’t look out of place on a Hummer.

It has a mixed up personality, doing its bit for the planet courtesy of an all-electric powertrain, yet only offering enough seats for one passenger. GQ thinks it looks like a cross between the Batmobile and FAB 1 from Thunderbirds. All we know is that it’s delightfully decadent and wonderfully ambitious.

The scream if you want to go faster award: Volkswagen Up GTI 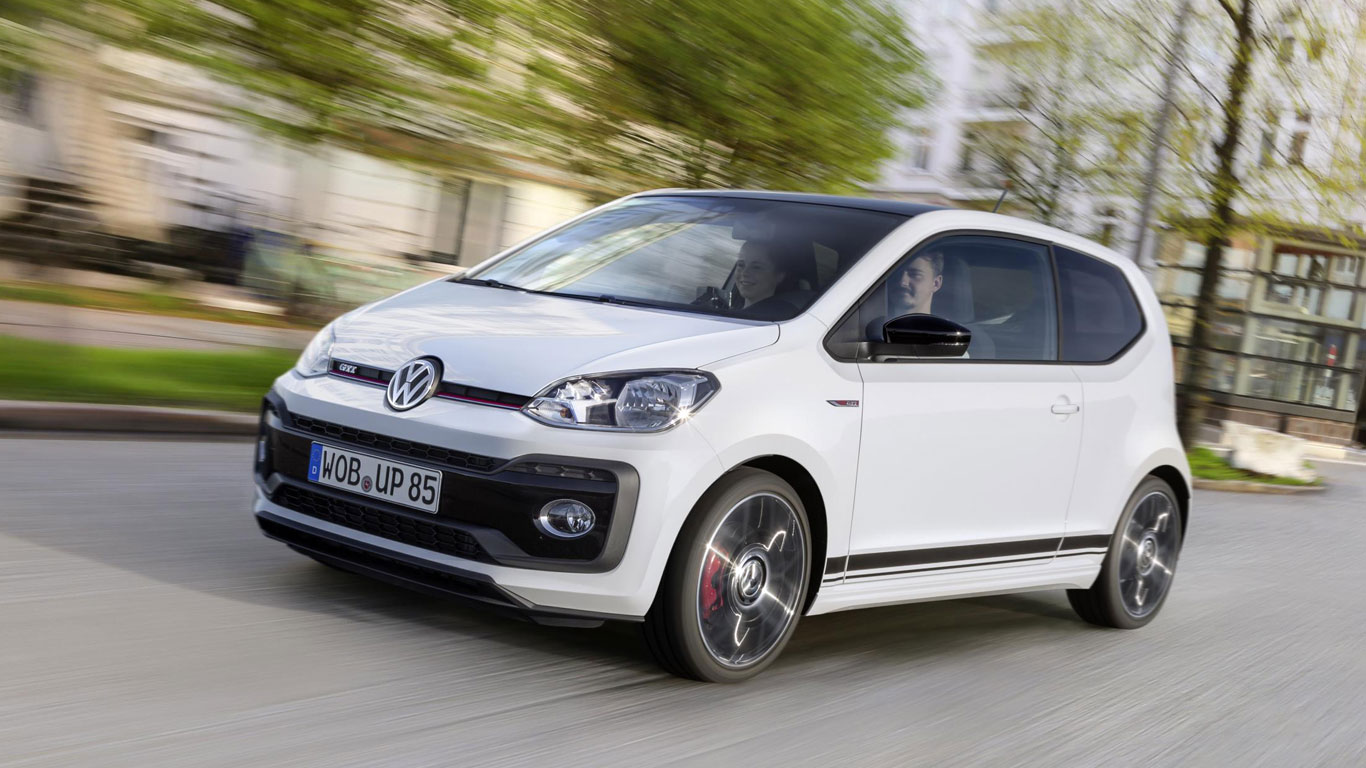 By this stage, you’d be forgiven for thinking the GQ awards are filled with cars so far out of reach you stand more chance of being named the hottest woman or best-dressed man by the magazine. But before you drown in a sea of depression, here’s a reason to be cheerful: the Volkswagen Up GTI.

A certain James May is a fan, pushing Volkswagen’s diminutive GTI to the limit on a recent episode of The Grand Tour. It costs £14,000, which is probably less than some of the grooming products featured in GQ, and while it won’t give you a fresh, clean and hydrated beard, it might shave a few seconds off your commute home this evening.

Life and Seoul of the party: Hyundai i30N 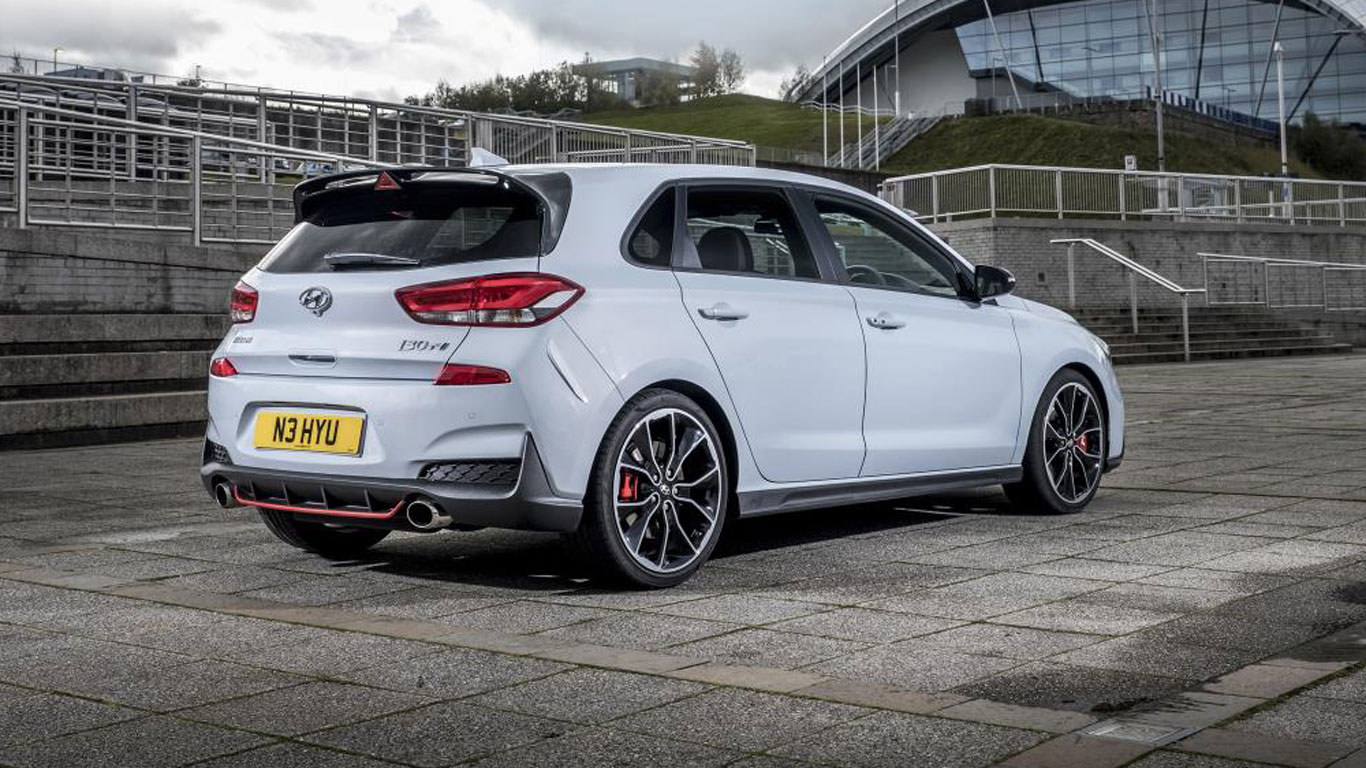 We searched the GQ website and, aside from two references to the Hyundai Mercury Prize, this is the first time the Korean giant has been mentioned on its carefully coiffured pages. A sign that Hyundai is as cool as a sports-inspired suit?* Maybe not, but the i30N has given the brand a considerable injection of kudos. *Sports-luxe is a 2018 thing, apparently.

“This ferociously fun five-door rocket ship has been developed on the Namyang proving ground and the Nürburgring Nordschleife (which might explain why Hyundai calls its sporting R&D team the N division) and, as a result, is giving the Focus RS, the Golf GTI and the Honda Civic Type-R a serious run for your money,” says GQ. Sports tailoring is optional.