Goodwood FOS sculpture: the story behind those six Porsches 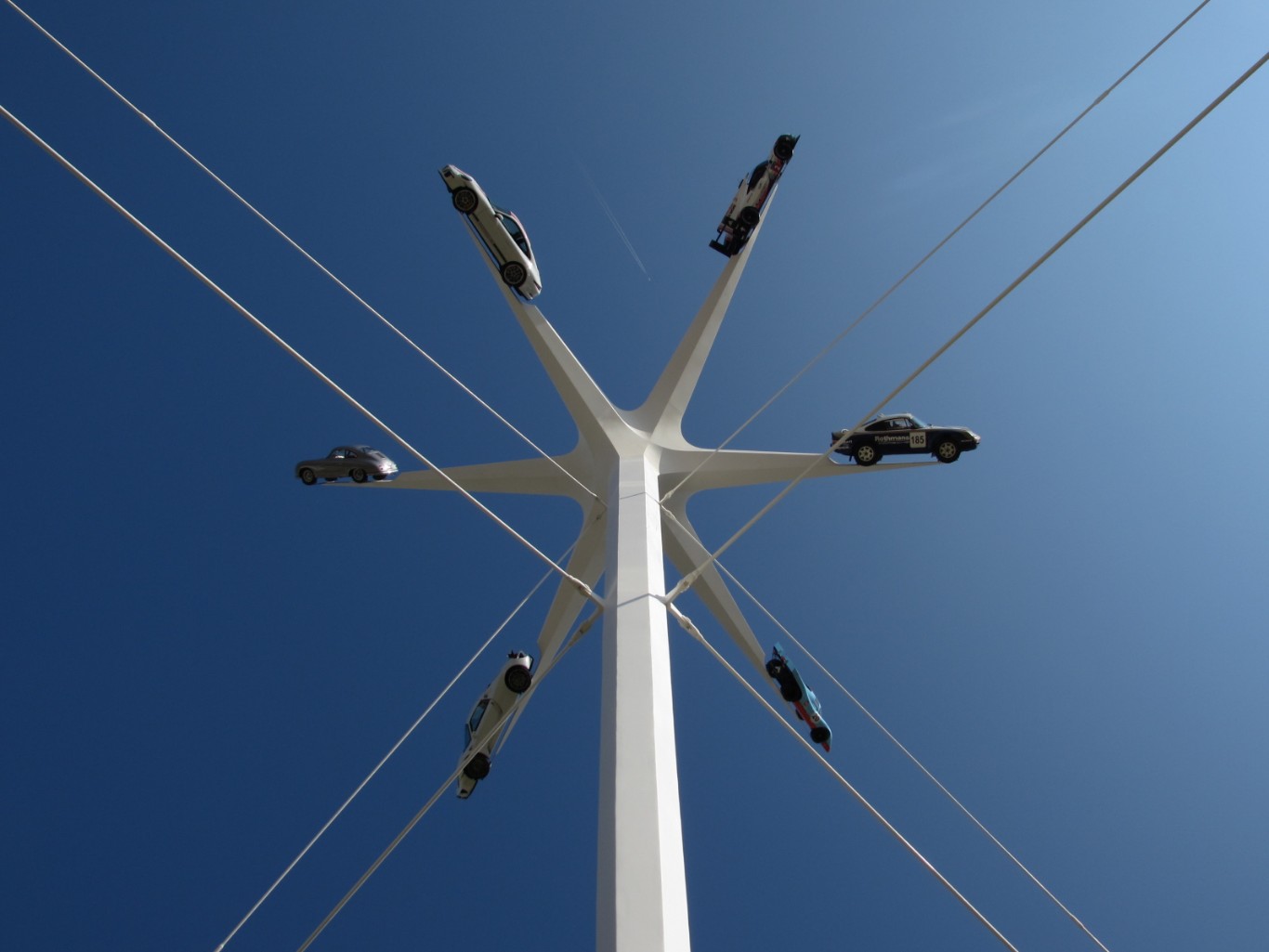 This year’s central celebration at the Goodwood Festival of Speed – besides 25 years of the event itself – is the 70th anniversary of Porsche. As one of the most revered sports car marques in history, Porsche has the lead in the FOS celebration standings, with this being its third time as the central brand. Its 70th birthday follows a celebration of 50 years of the 911 in 2013 and the company’s 50th anniversary way back in 1998.

The central feature is always a highlight of Goodwood, with the car selection intended to encapsulate everything great about the marque over the course of its history. Let’s break down Porsche’s super six. 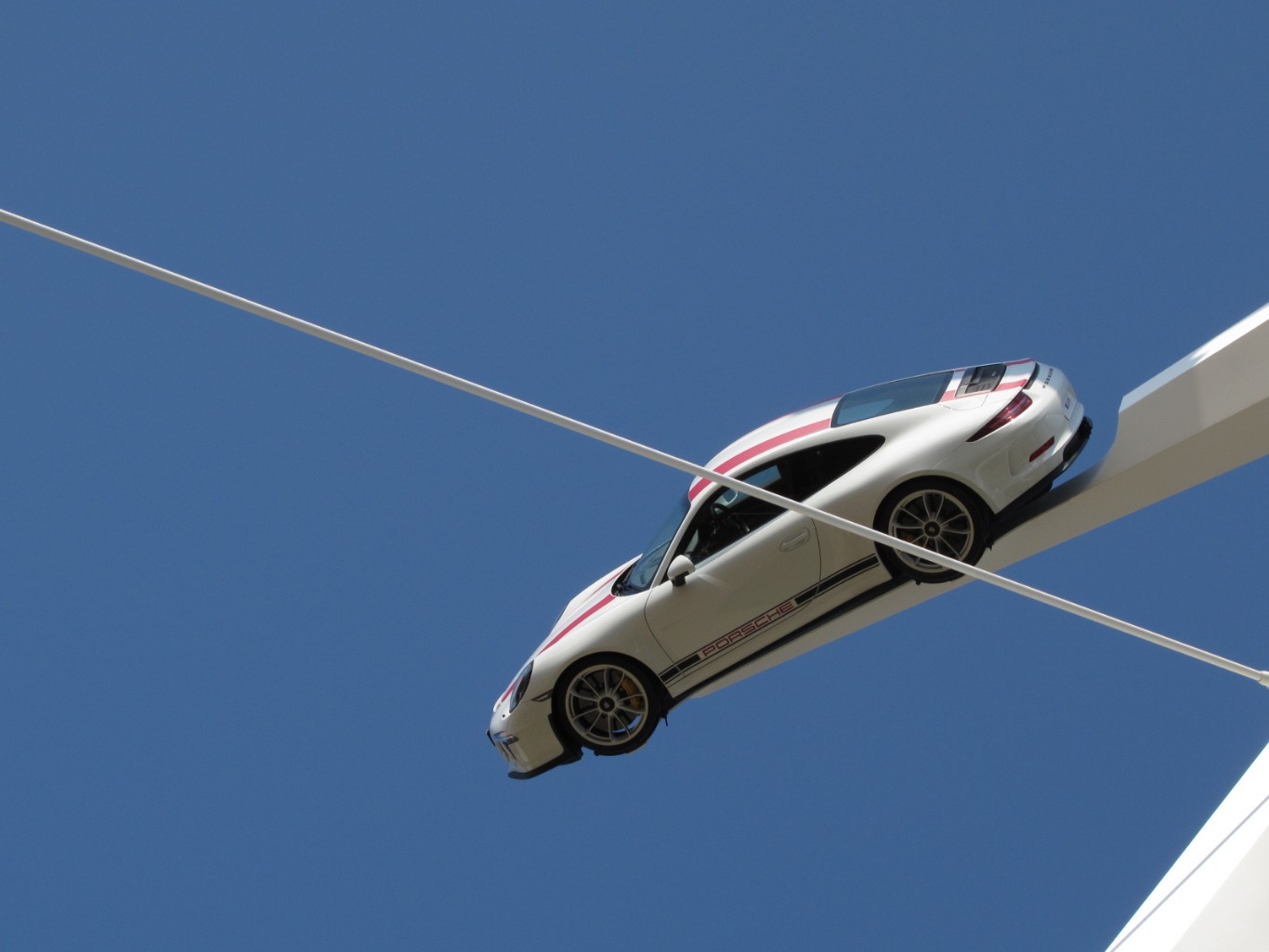 This is an easy one. The car encapsulates everything Porsche stands for on the road in the eyes of enthusiasts. The ultimate in driver feel and interaction, with a slick-throw six-speed manual giving the driver precise control over 500hp of 4.0-litre flat-six as it howls its way to 8,800rpm. The pinnacle of Porsche desirability and driver enjoyment, its place on the central feature was surely guaranteed. 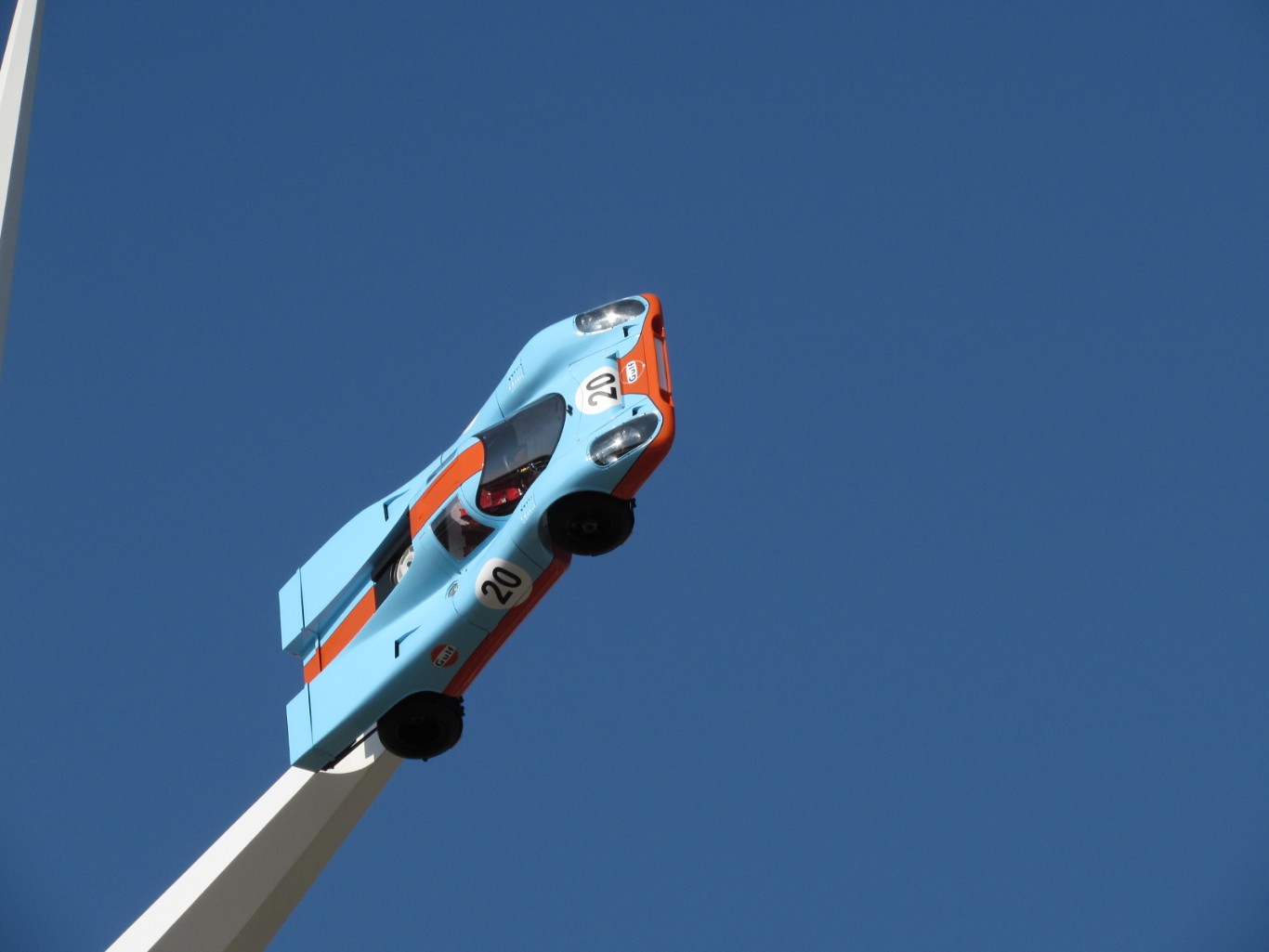 This ground-breaking sports prototype not only gave Porsche its first win at Le Mans in 1970, it’s the tap-root design influence for the most desirable Porsche road cars of all time. The Carrera GT can thank it for its wood-topped gear shifter, which shielded drivers’ hands from transmission heat after up to 24 hours flat-out at La Sarthe. Those curves, that swept-back stance – GT1 through CGT, 918 and beyond – it all goes back to the 917. 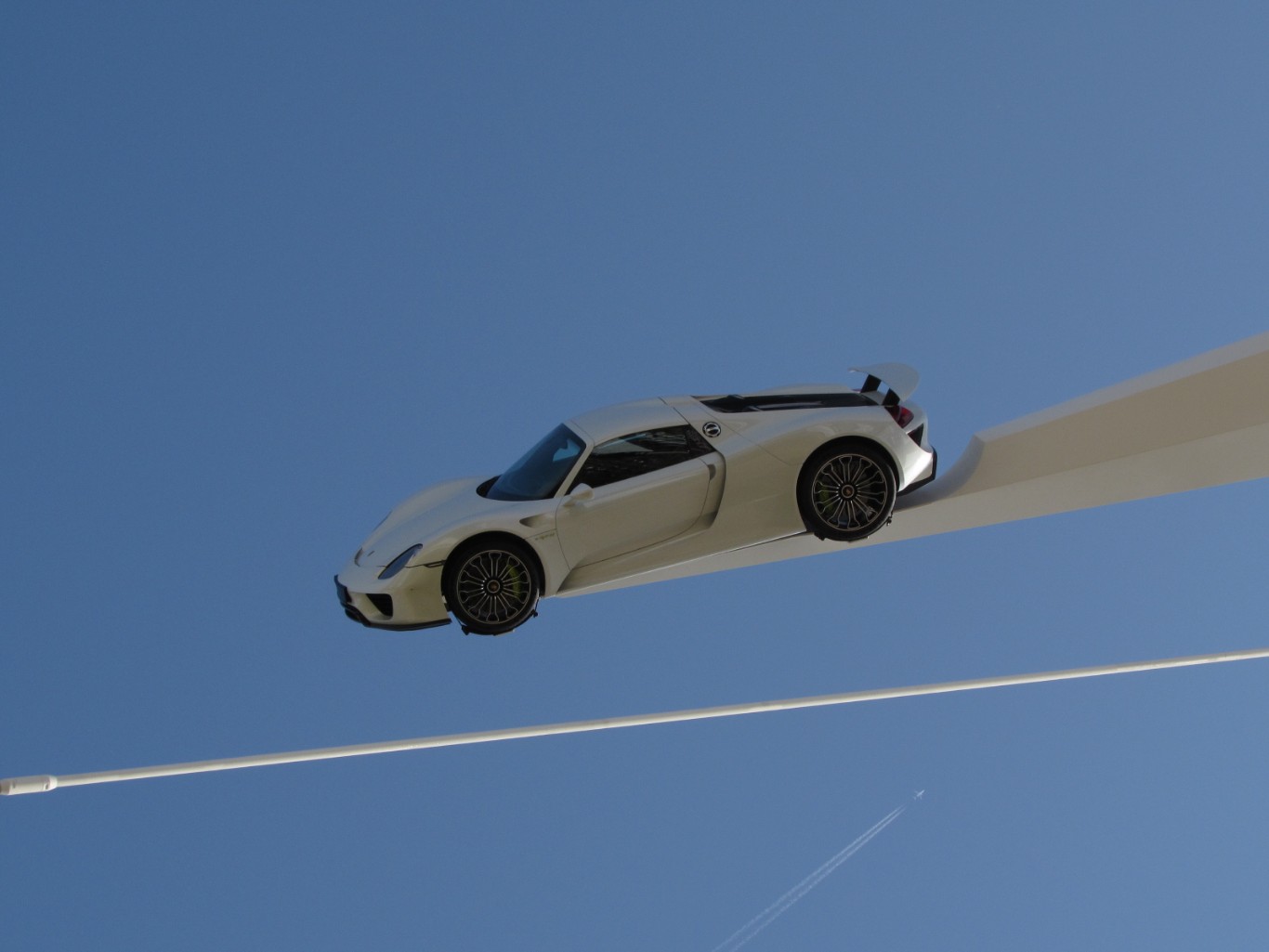 Speaking of the 918… Again, this car’s place on the feature was almost guaranteed. It’s still at the pinnacle of Porsche’s technical prowess five years after release. It carries the heritage of a plethora of top-level machinery from the road and racetrack, going through Carrera GT, 911 GT1, 959, 962, 956, 936 and 917. Everything that Porsche was, is and will be was distilled and intensified in this car. 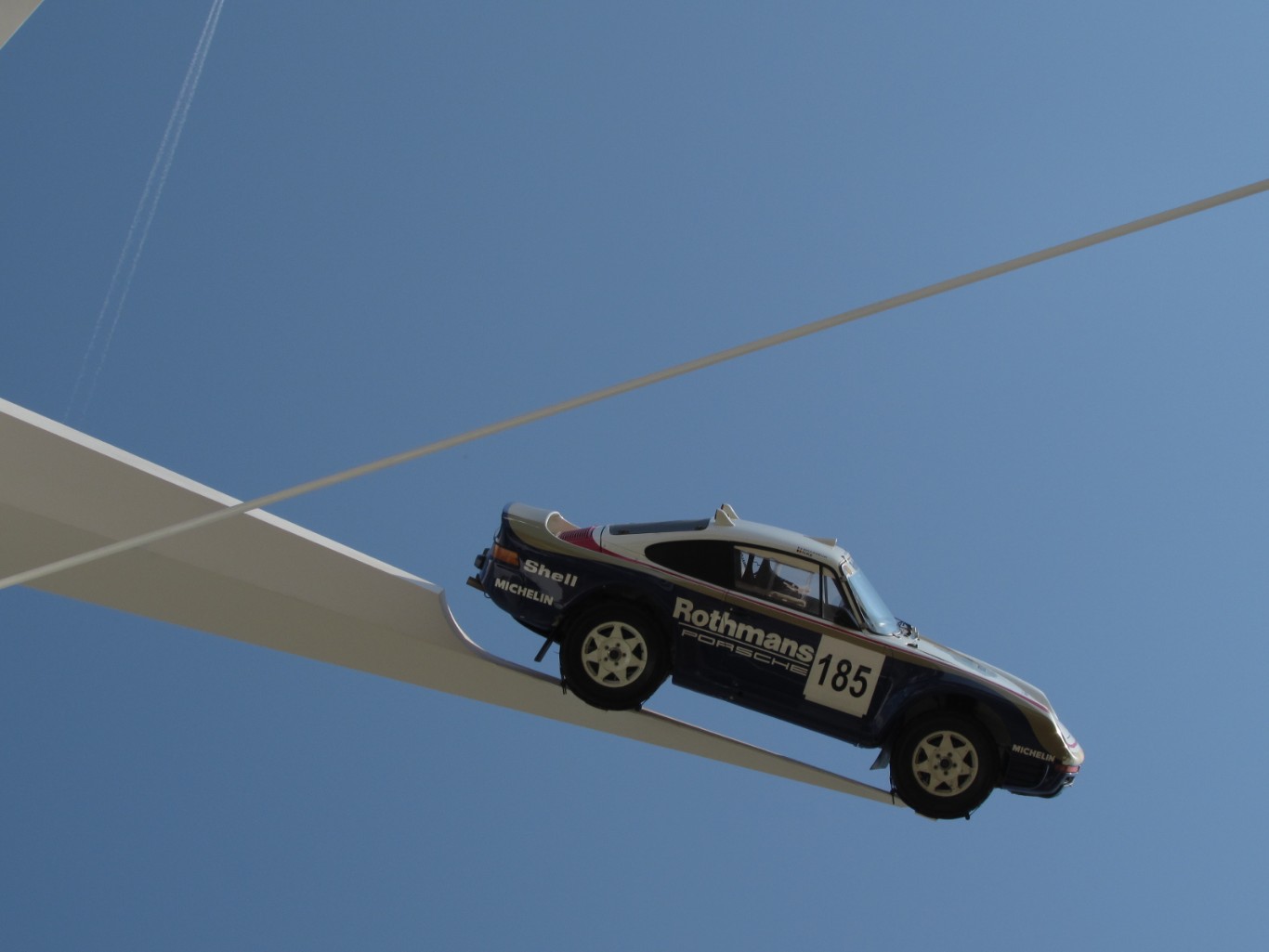 Evidence of a life outside of sports car racing, as well as the versatility of one of its most celebrated supercars, the 959 Dakar is a legendary unicorn – and a signature departure from the Porsche norm. Based on the marque’s 1980s technical tour de force, this off-road racer cementing its place in Dakar history with a one-two finish in 1986. 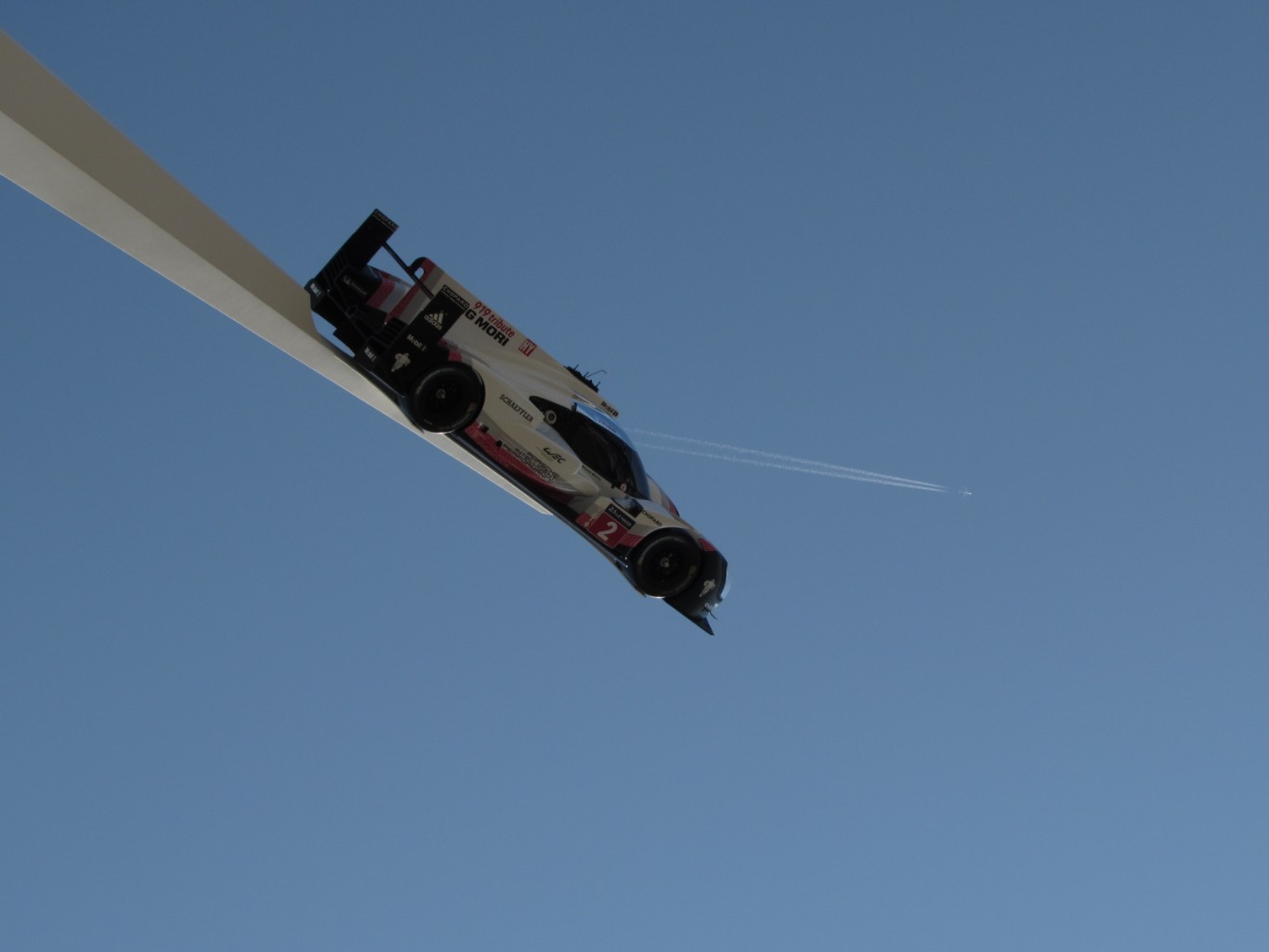 Carrying on a legacy of Porsche’s top-level Le Mans sports racers, the 919 is the latest and definitely the greatest in terms of its technology. When the Taycan arrives on UK roads, we can rest assured the EV tech has been proven in the greatest motorsport arena on Earth. In its time in service, the 919 asserted Porsche’s dominance as the most successful automotive marque at Le Mans, with its three wins taking the tally up to 19. 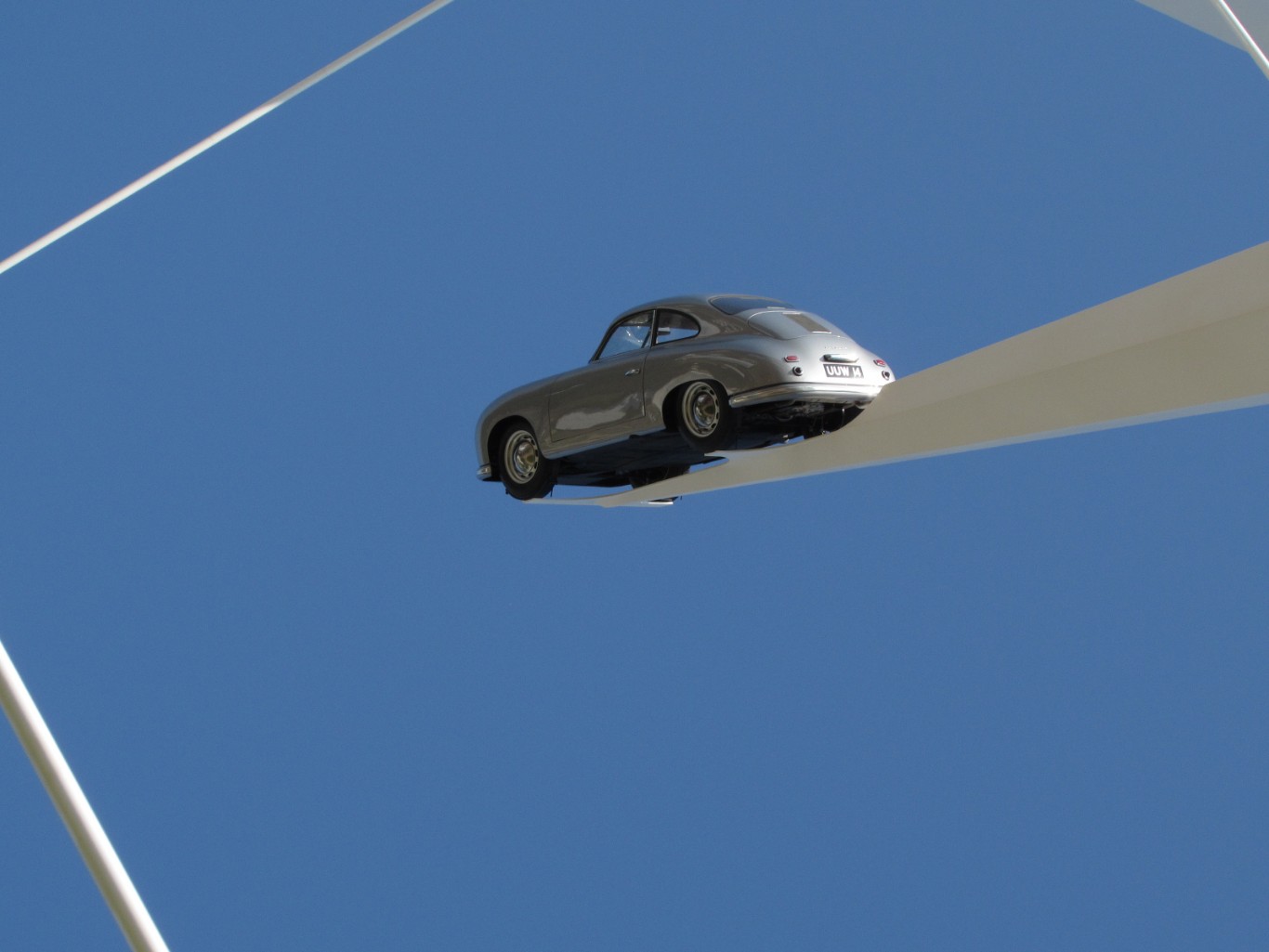 This is where it all started for Porsche. Born in a barn, this was the company’s first foray onto the road – a moment in history that occurred 70 years ago last month. The 356 set that unique rear-engined, air-cooled Porsche standard – attributes for which so many generations of 911 command such reverence (and value) to this day. Some way from the leviathan that is the most profitable car manufacturer in the world, but we all start somewhere…

Are these the cars you’d have picked for the central feature? Let us know in the comments below.

Murray Walker OBE has opened the new Television Room at the RAC Club, which is named in his honour of 'the voice of F1'.
Read more
Car News

How to modernise your old car

Almost 50 years to the day since the Ford Capri made its debut in Brussels, we celebrate the car that kept its promise
Read more

Driving conditions are the most dangerous during the first 10 minutes after a summer rain shower. Here's what you need to know to stay safe.
Read more
Advice