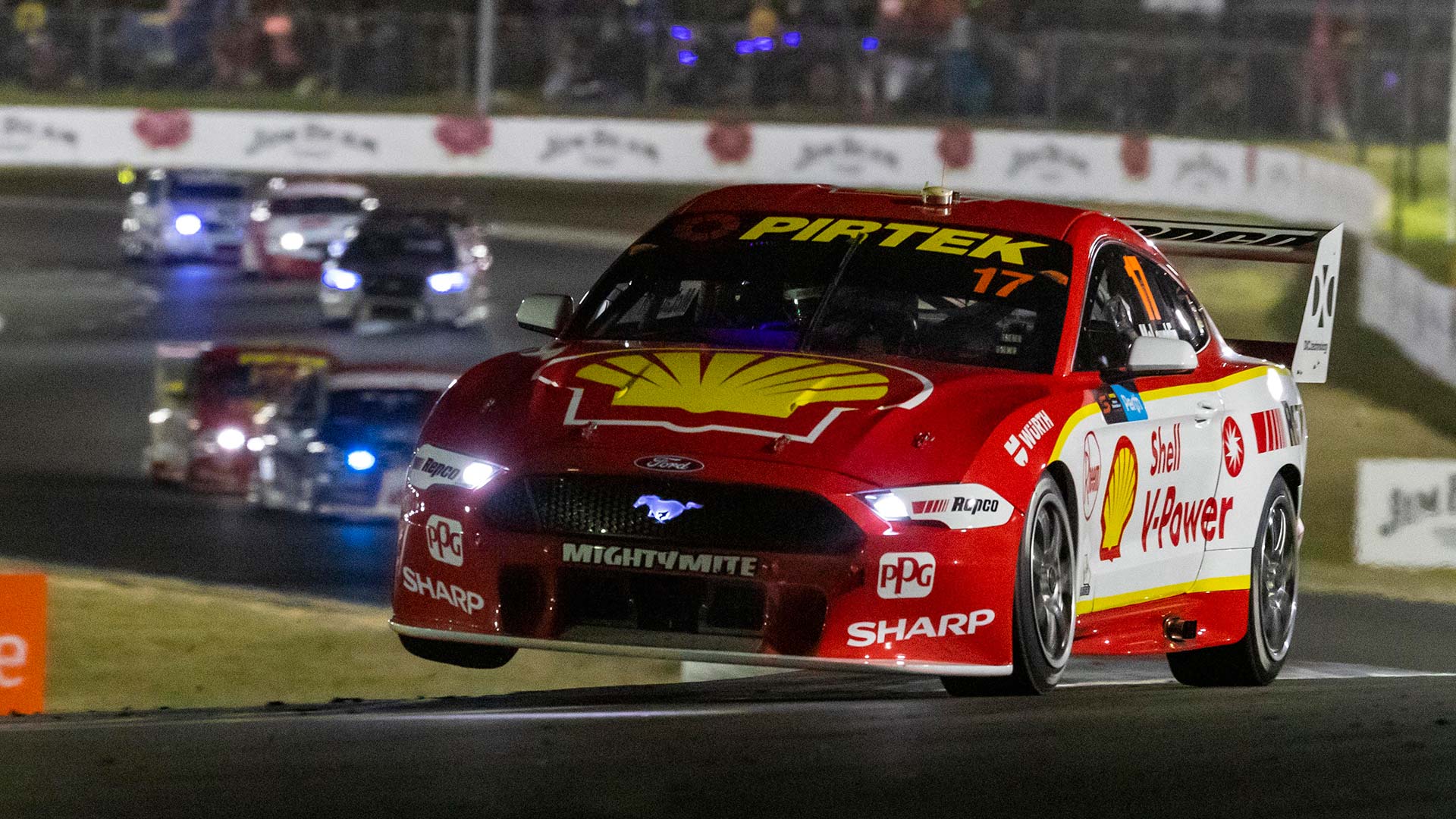 Ford Performance had high hopes for the all-new V8 Mustang in its debut season of the Virgin Australian Supercars Championship.

However, we’re not sure even Ford could have predicted the level of dominance from the Supercar ‘Stang so far.

Of the 12 races held, Ford Mustang GTs have topped the podium an incredible 11 times. The 2018 Drivers’ Championship winner Scott McLaughlin has taken eight of those wins alone, and he looks set to carry on doing the same. 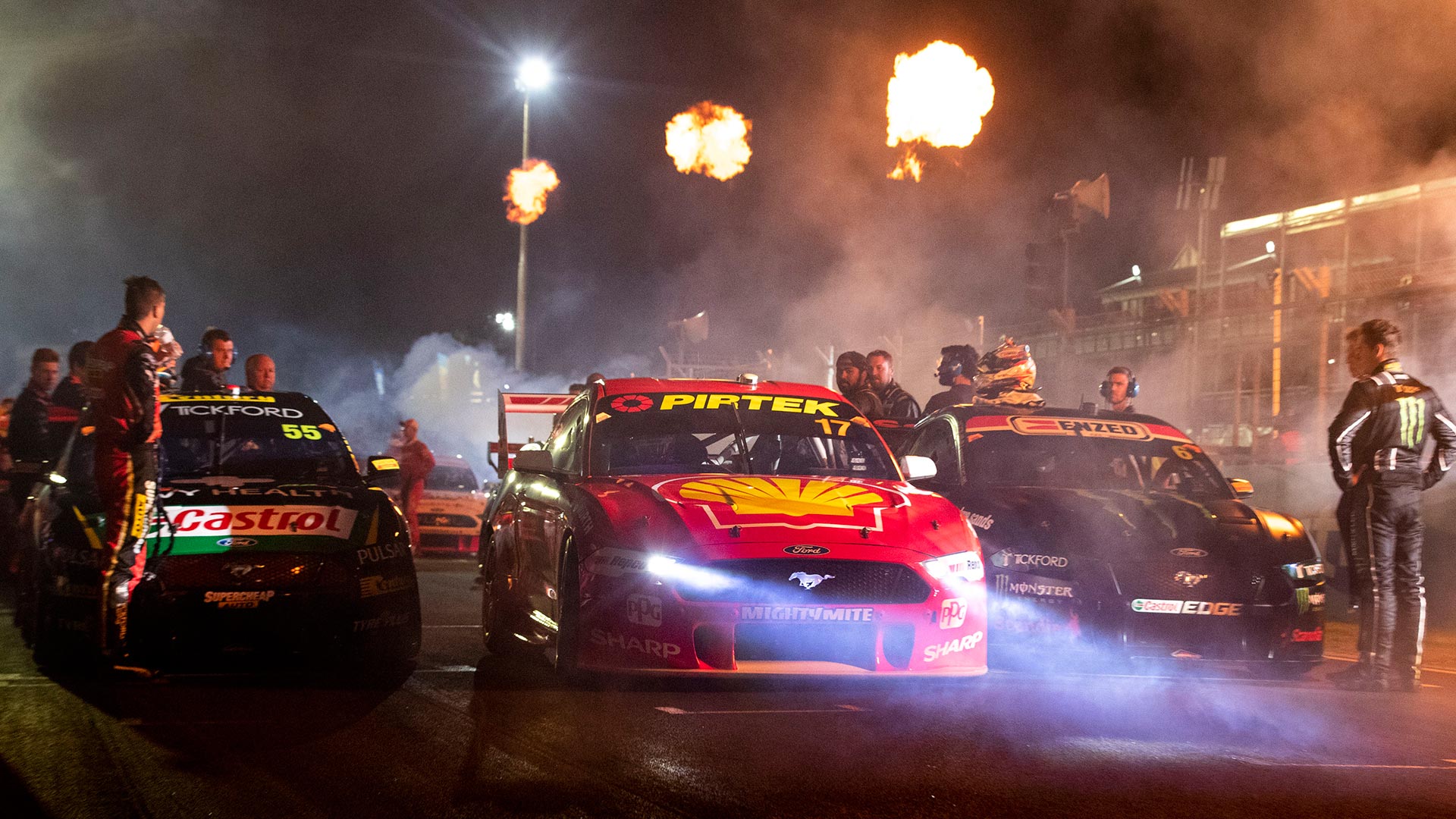 Racing at night seemingly had no effect the Mustang’s performance, with the Fords taking a commanding 1-2-3 result in the first race of the weekend. 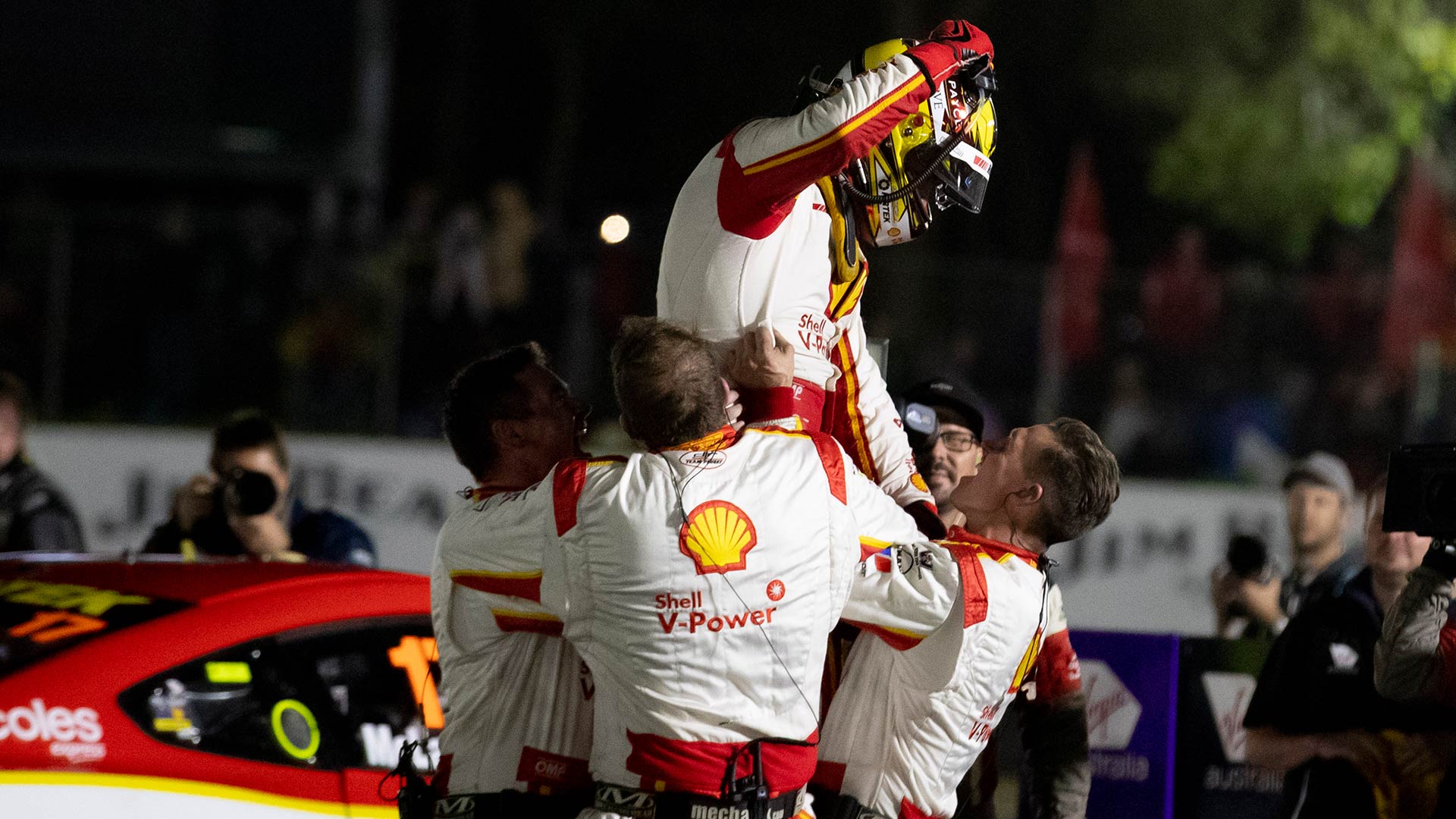 Race 12 saw Scott McLaughlin re-establish his dominance, taking another win to increase his career total to 33 victories, and extending his lead in the 2019 Drivers’ Championship fight.

Predicting a Mustang frenzy at the Western Australia rounds should have been easy, given that McLaughlin secured pole position for both races. He also managed to set a new lap record around the Perth circuit in the process.

However, not everyone is pleased with the Blue Oval’s success in 2019, with the technical department of the Australian Supercars Championship requiring Ford teams to make changes to the Mustang. 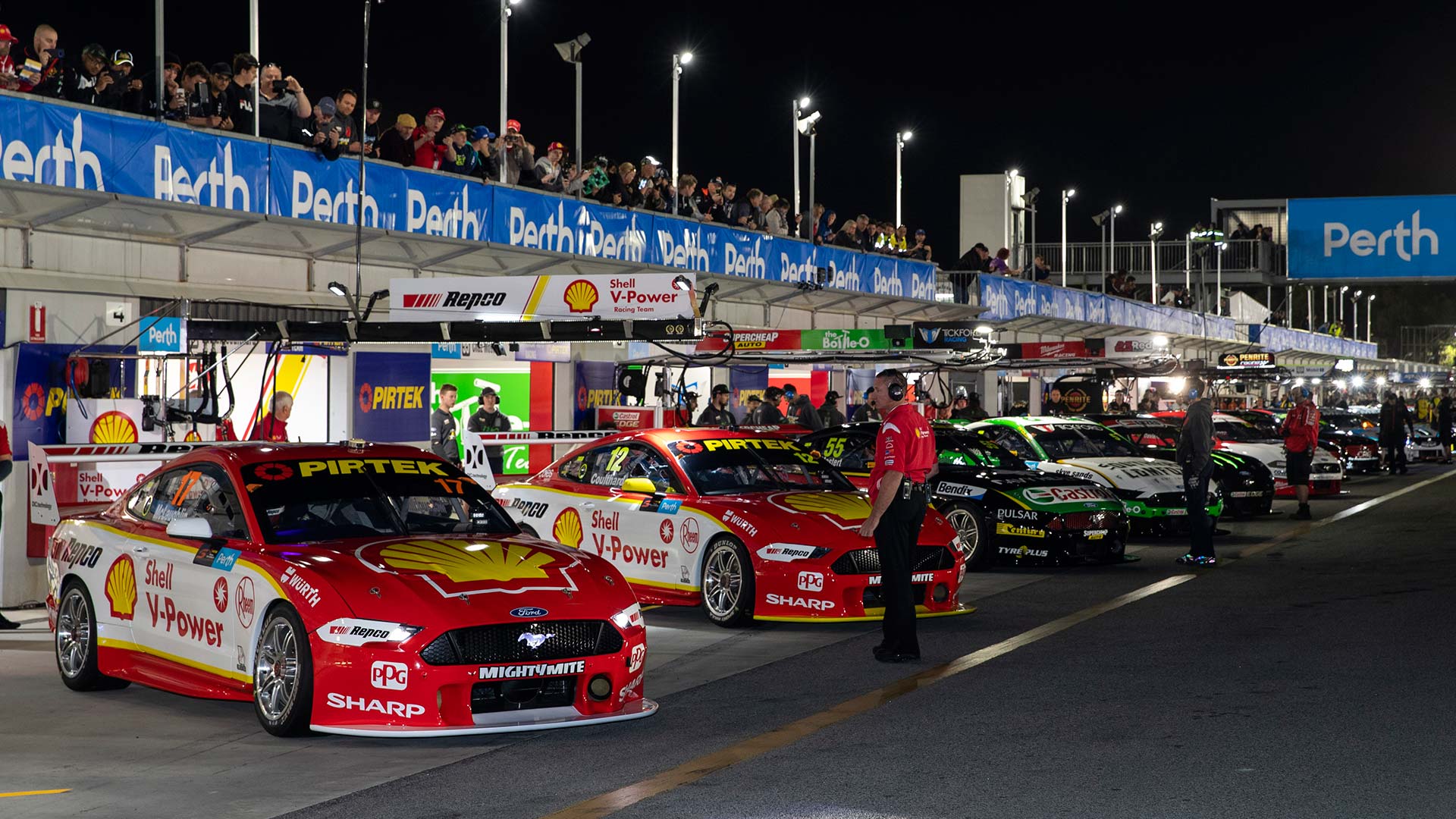 Ahead of the two Perth races, those teams fielding the Mustang were told to alter the size of the rear-wing endplates, along with making other mandatory aerodynamic tweaks.

This was intended to keep the racing in the Supercars Championship as close as possible, and ensure even parity with the rival Holdens and Nissans. But it was a move that seemingly had little effect.

Earlier in the season, changes were also made to the Mustang’s centre of gravity, despite the design of the car having been tested and homologated by series organisers and other rival manufacturers. 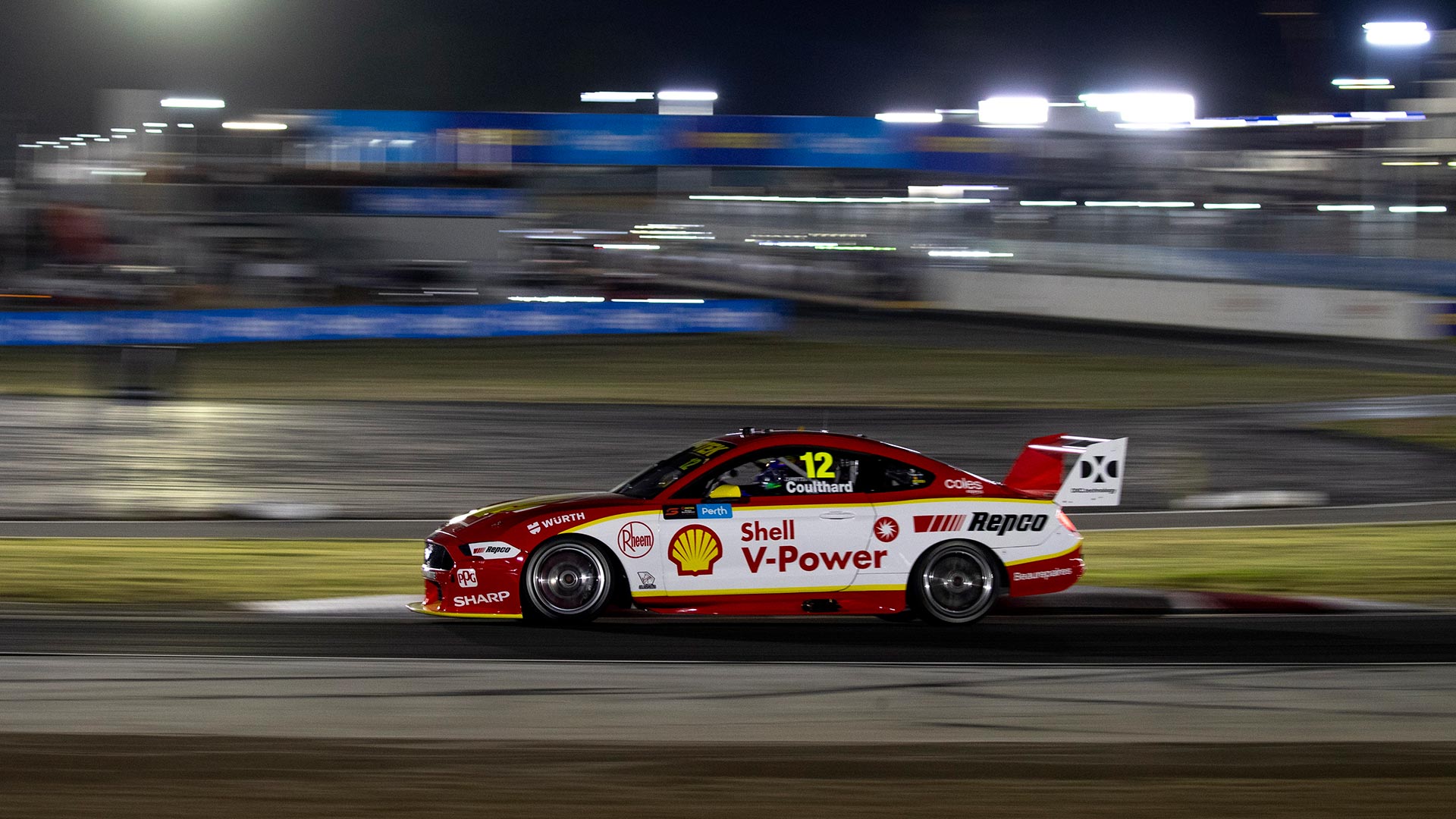 Mark Rushbrook, global director of motorsport at Ford Performance, commented: “We have worked so hard alongside Shell V-Power Racing and Tickford Racing, so to come to Perth and see Mustang in such competitive form is such a great feeling.”

As the alterations imposed by the Supercars technical team failed to dampen the abilities of the Mustang in Perth, the question will be whether more drastic measures will be necessary.

With 19 races still left in the Australian Supercars calendar, including the legendary Bathurst 1000 endurance event in October, there is time left for further attempts to slow the Mustang down.

Whether on-track, or in the scrutineering office, we can certainly expect the Ford Performance Mustang to keep grabbing headlines Down Under in 2019.