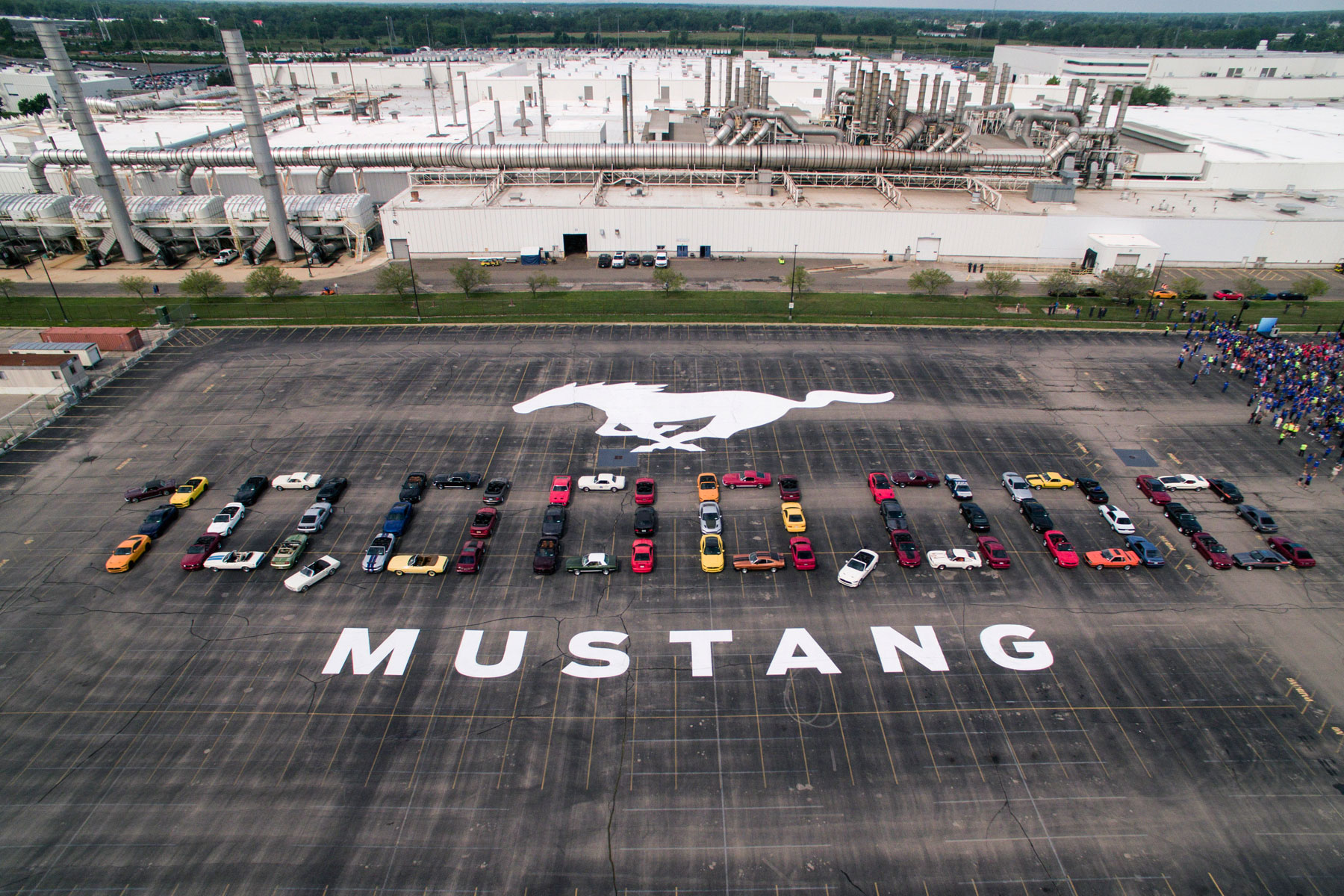 It’s easy to be cynical about production milestones and automotive anniversaries, but whichever way you look at it, news of the 10-millionth Ford Mustang is a big deal.

Some context is required. The first Mustang rolled off the production line in 1964, two years before Toyota launched the Corolla. Oh, sure, the Corolla has shifted 45 million units and counting, but the purchase of the Toyota is driven by necessity rather than passion.

What’s better than one Mustang? What about 10 Million?! Today we celebrate the #10MillionthMustang ever produced! RT to celebrate with us! #FordMustang pic.twitter.com/J7vnOQn0zc

Buying a Ford Mustang is a lifestyle choice. Emotional desire rules rationalism – you buy a Mustang because you want one. Shifting 10 million units in 54 years is no mean feat, and speaks volumes about the car’s enduring appeal.

Give yourself a non-patronising pat on the back for a job well done. 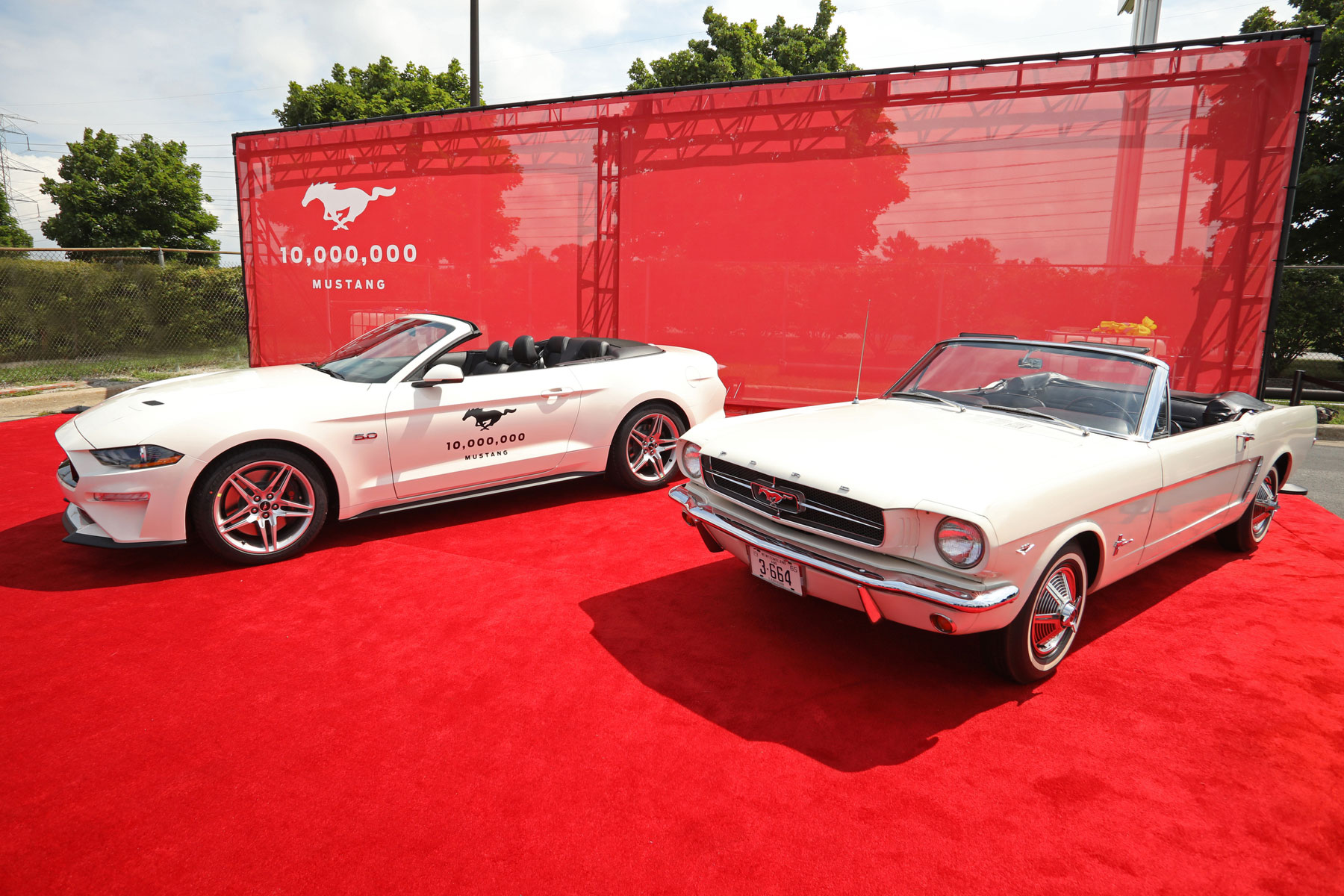 Paying homage to the first serialised Mustang of 1964, the 10-millionth car is a GT V8 six-speed manual convertible finished in Wimbledon White. The name might be the same, but the cars are very different: the first Mustang V8 offered 164hp, while today’s model develops 460hp.

Jim Farley, president of global markets for Ford – and no doubt feeling like a proud dad – said: “Mustang is the heart and soul of this company and a favourite around the world.

“I get the same thrill seeing a Mustang roll down a street in Detroit, London or Beijing that I felt when I bought my first car – a 1966 Mustang coupe that I drove across the country as a teenager. Mustang is a smile-maker in any language.”

The London reference is significant, as the first right-hand-drive models went on sale in 2016, with UK buyers falling head over heels in love with Ford’s slice of Americana. Some 7,000 have since been sold, with Ford asking £37,045 for the recently revised 2.3 EcoBoost, rising to £42,145 for the 5.0 V8 GT.

If you fancy a Dark Highland Green Bullitt Mustang, we bring bad news: the £47,545 special edition is sold out in the UK.