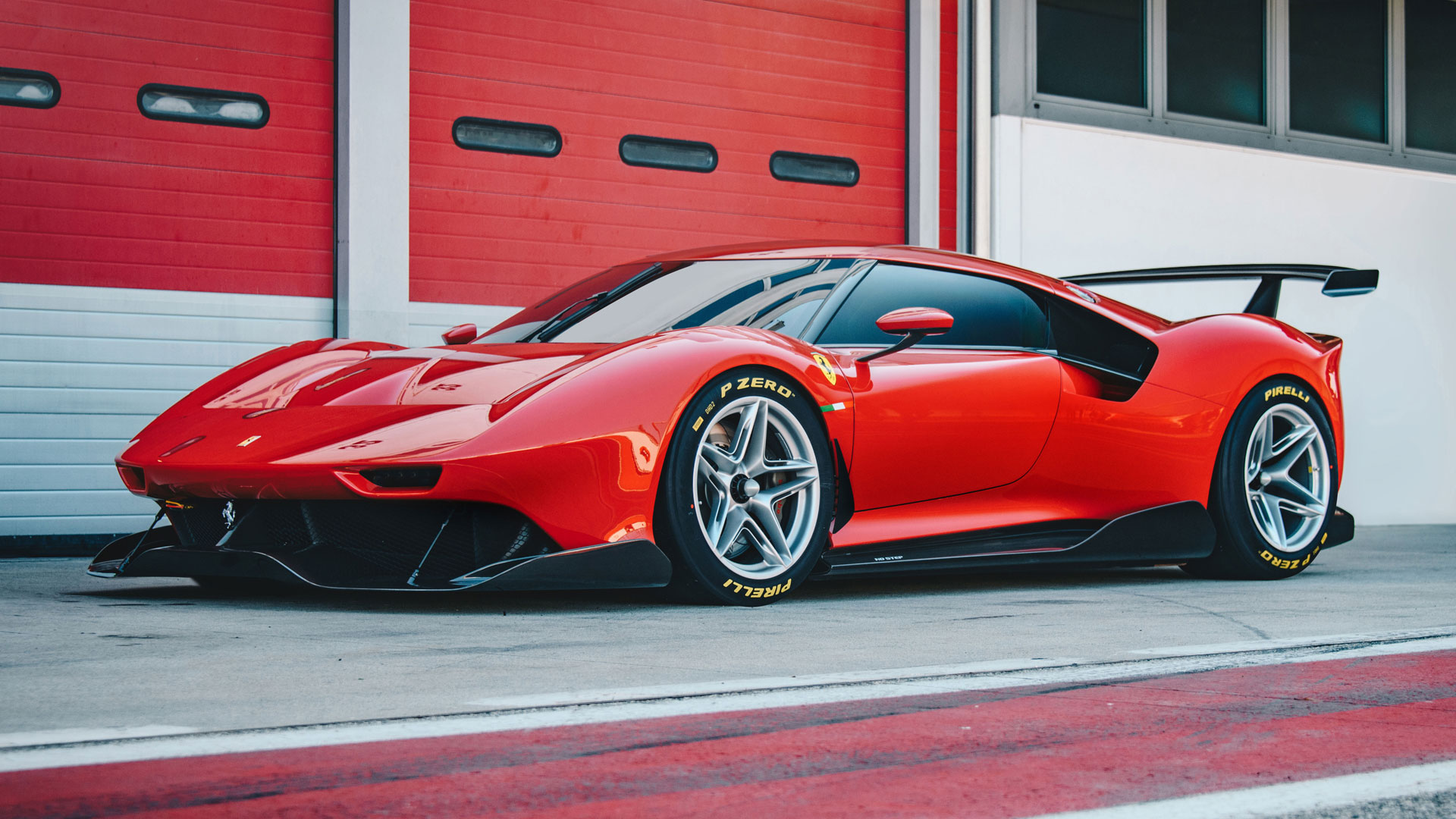 In Ferrari’s words, the P80/C is a “Hero Car”. An “absolutely unique” car inspired by two greats from Ferrari’s past: the 330 P3/P4 and the Dino 206 S. And we do mean unique – this is a very special Ferrari one-off indeed.

It was built at the behest of a Ferrari client – “a great connoisseur of the Ferrari world” – who wanted a modern sports prototype that tipped its hat to the two models of old.

Work began in 2015, making the P80/C project the longest in the history of bespoke Ferraris. As a track-only car, Ferrari was free to push the boundaries further than had it been designed for road use, but we suspect the client had rather exacting requirements. The process involved introducing features to “guarantee a captivating marriage of style, technical prowess and aerodynamics,” says Ferrari. 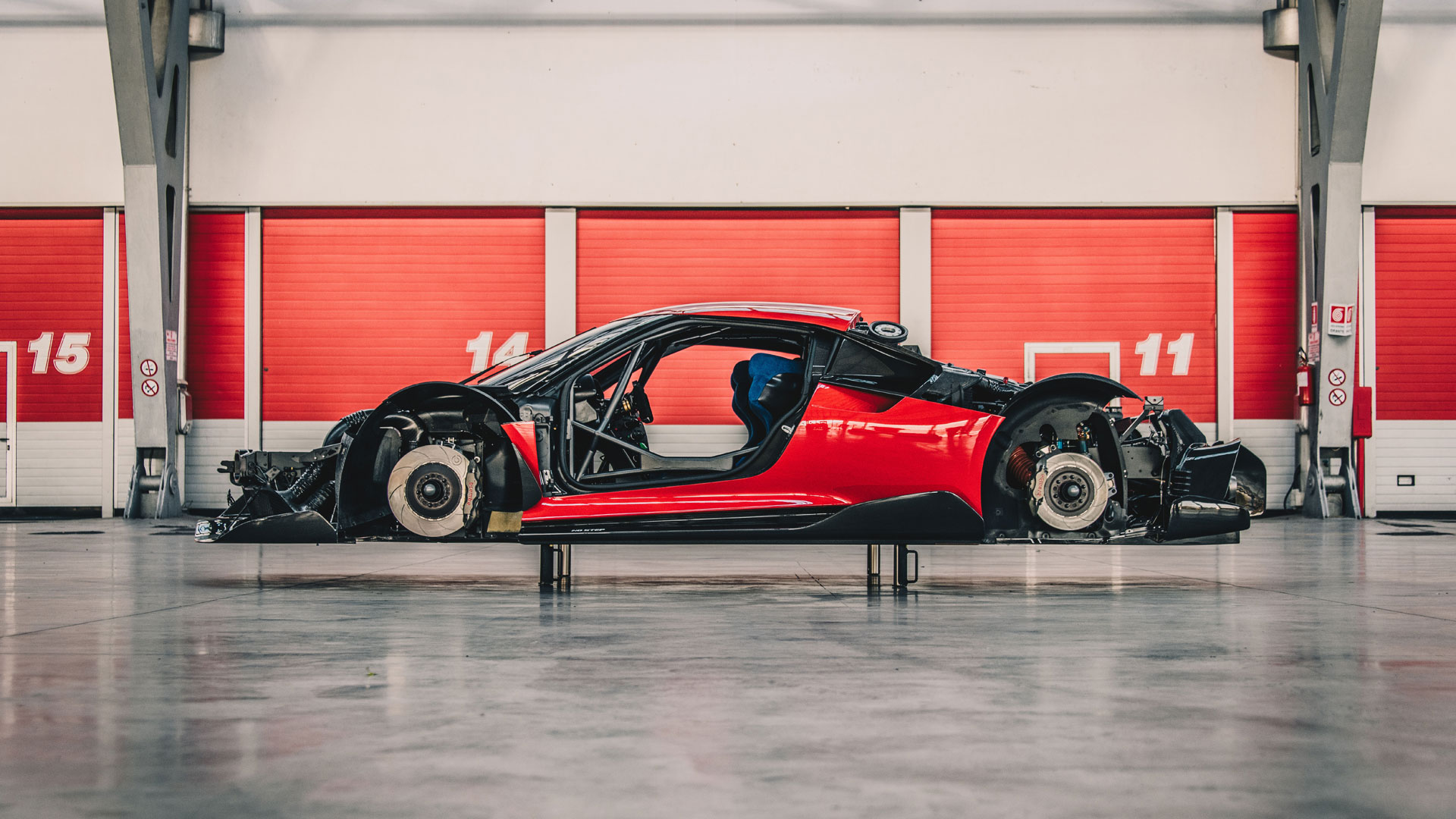 The 488 GT3 racer was chosen as the donor, not only for its performance, but also for its longer wheelbase, which allowed greater freedom. This is immediately evident from the front, with the P80/C boasting a sharp, wedge-like design, complete with a menacing front splitter.

Ferrari says the aerodynamics are inspired by the T-wing that appeared on its F1 cars in 2017. This, combined with a host of other tweaks, means that aerodynamic efficiency is up by five percent over the 488 GT3. The paint, in case you were wondering, is Rosso Vero.

Other highlights include the headlights, which are reminiscent of the air intake housings in the grille of the 330 P3/P4, and the visor-effect cockpit – a nod to the Dino and the 250 LM Berlinettas.

At the rear, Ferrari has used more trickery to create taillights that have the look of air vents, while the rear fascia leaves the running gear entirely visible. A view like this just shouldn’t be legal in this politically-correct day and age. 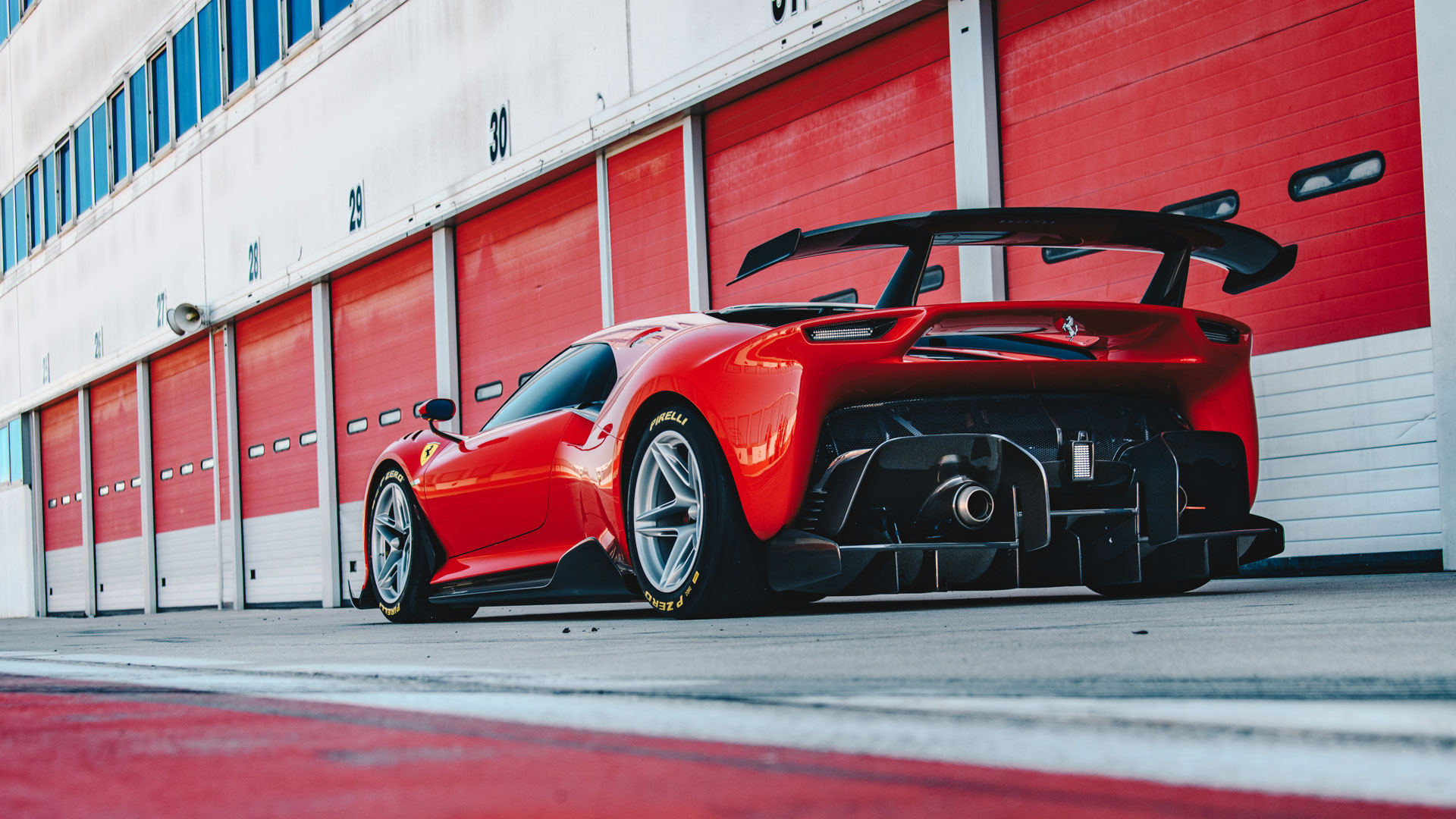 “At the client’s request, the car was designed with a dual soul: a racing set-up, which includes quite a showy carbon-fibre wing and 18” single-nut wheels, and an exhibition package complete with 21” wheels but devoid of aerodynamic appendages, to highlight the purity of its forms,” says Ferrari.

The interior is similar to the 488 GT3 donor car, albeit with a roll cage integrated into the bodywork, redesigned side sections of the dashboard and carbon-fibre door panels. 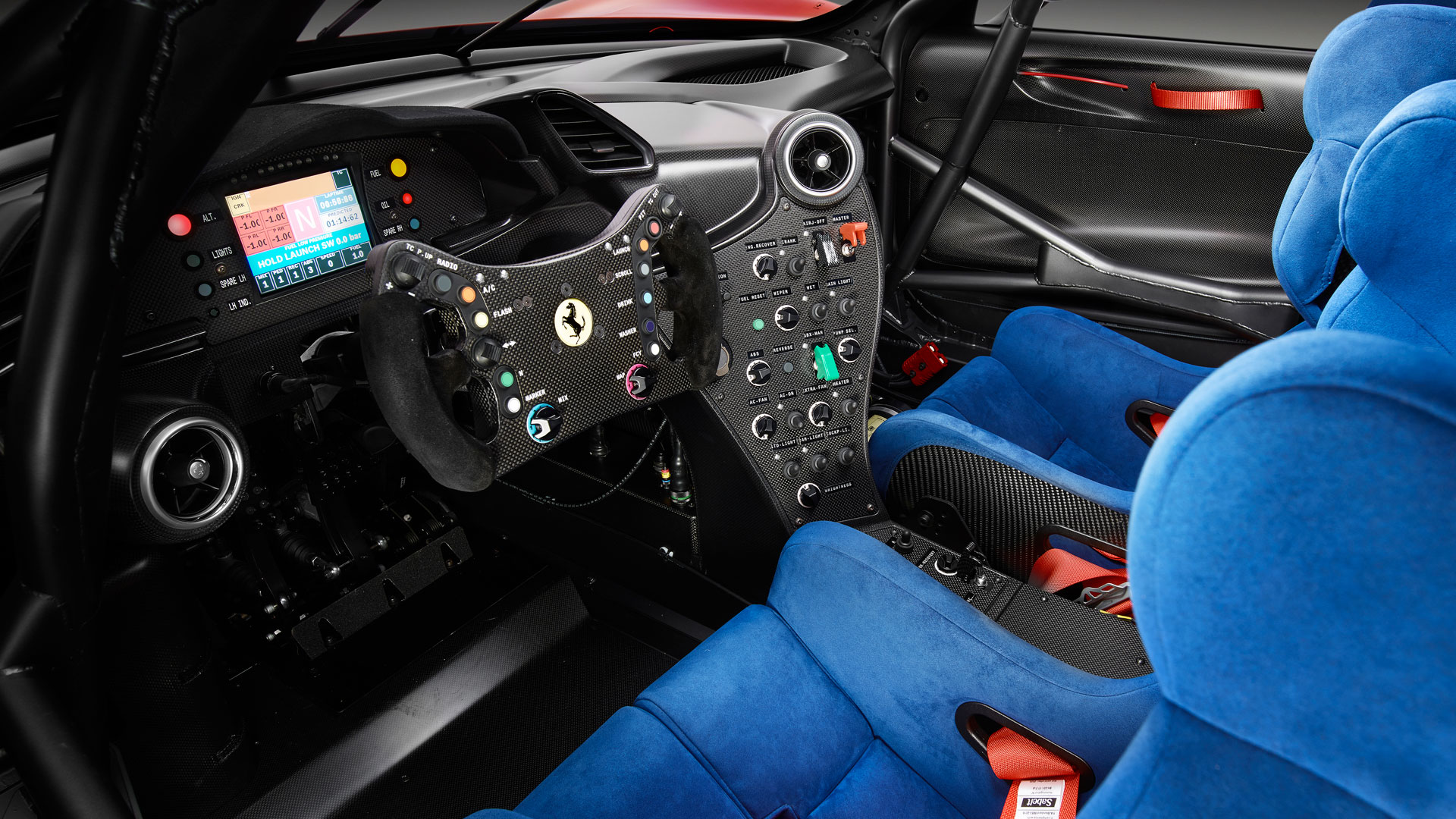 Ferrari hasn’t divulged the performance figures – or indeed the price tag – but we suspect everything will fall into the ‘extreme’ category. A four-year project that pushes the boundaries of the world’s most famous supercar company won’t come cheap.

Keep an eye open for it on the private race tracks of the world. In the meantime, check out these photos of yet another Ferrari you’ll never be able to buy. 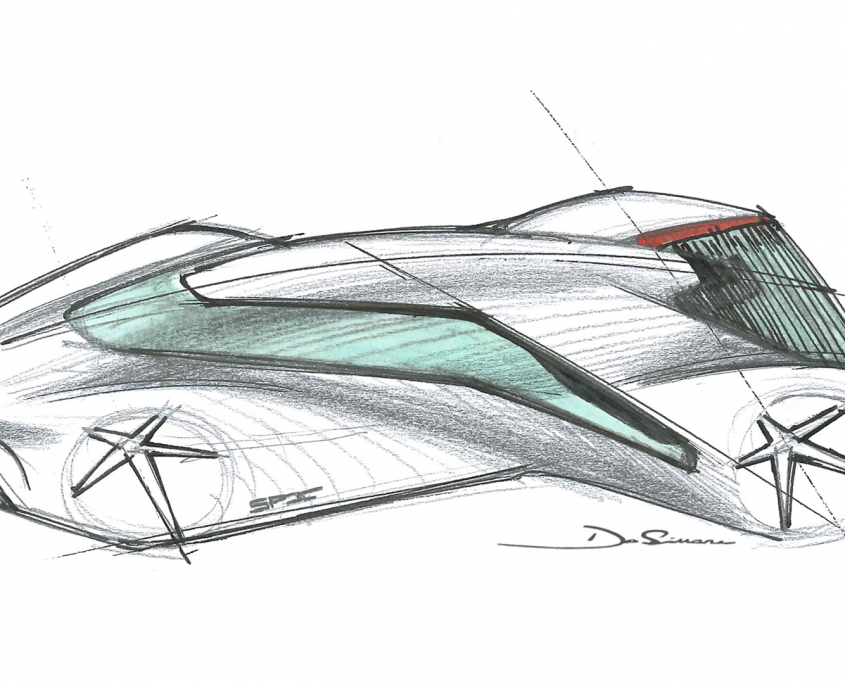 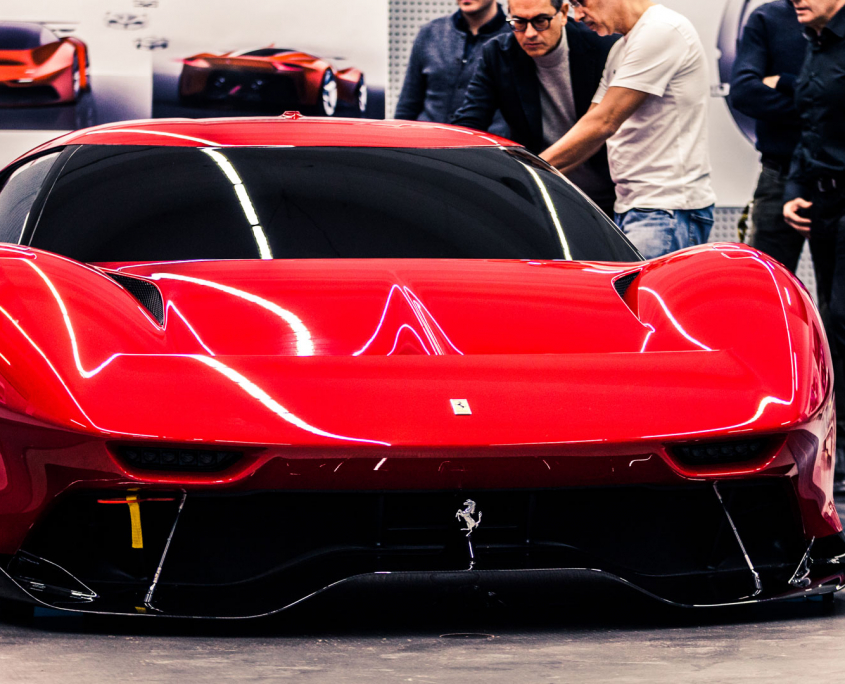 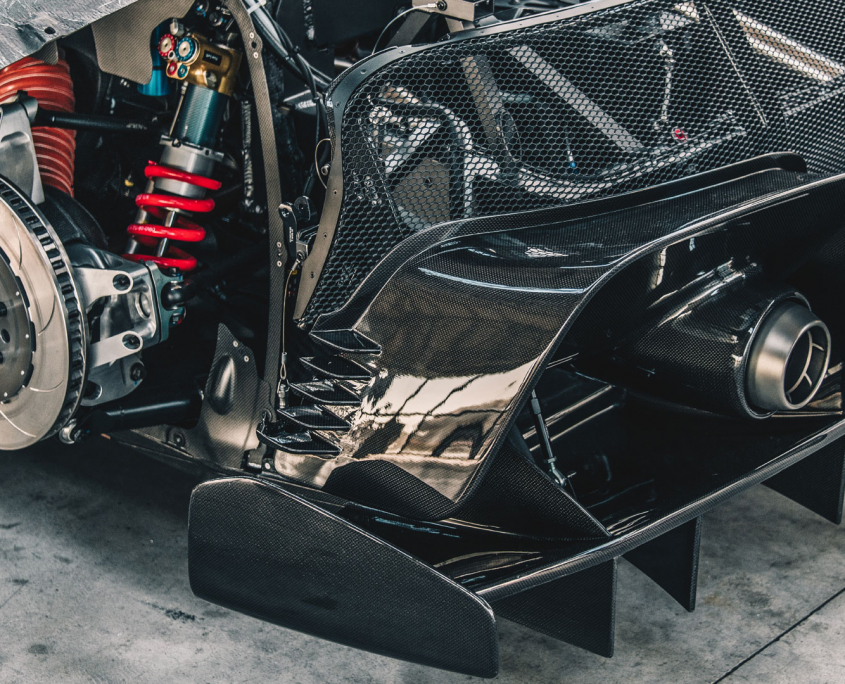 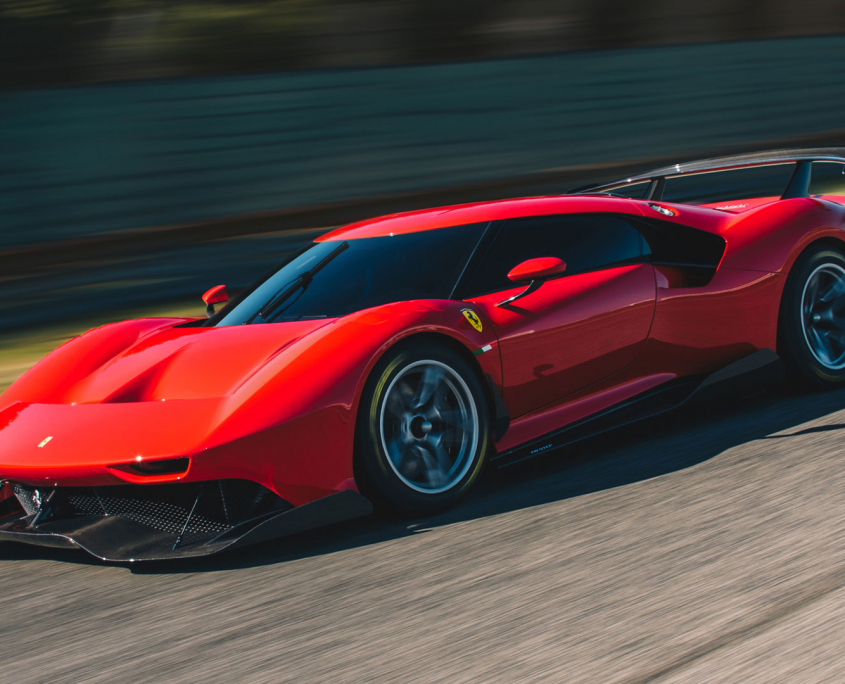 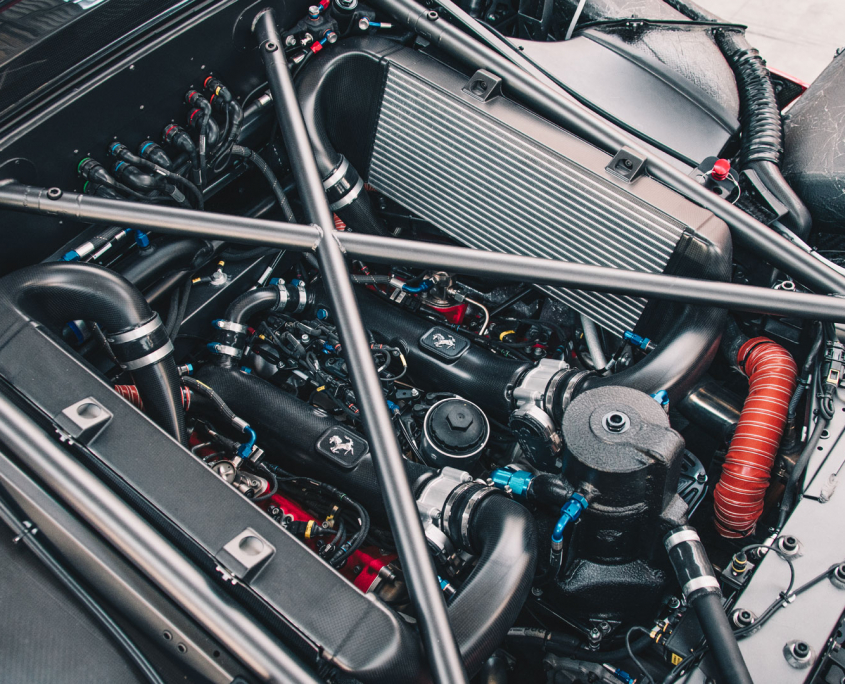 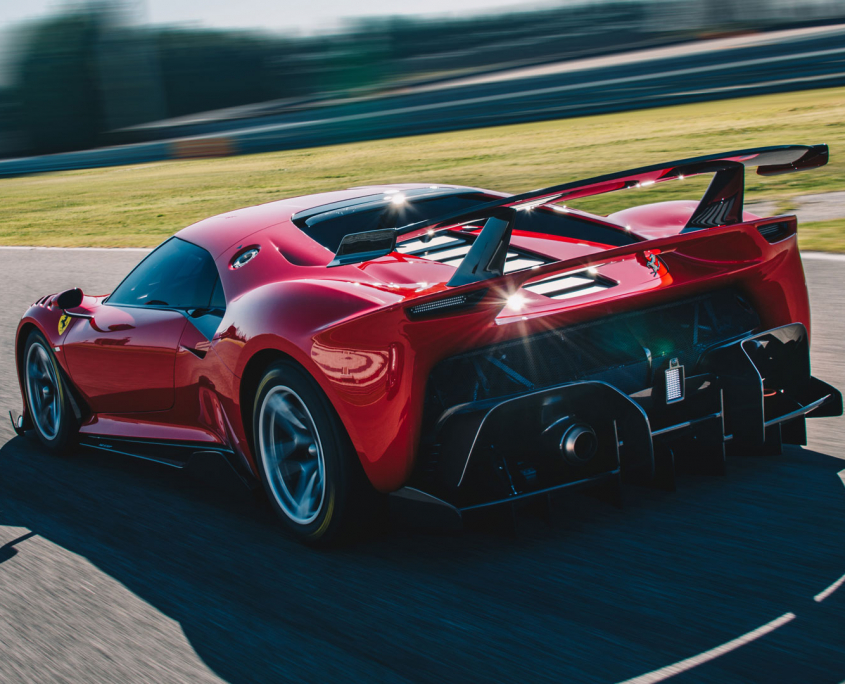 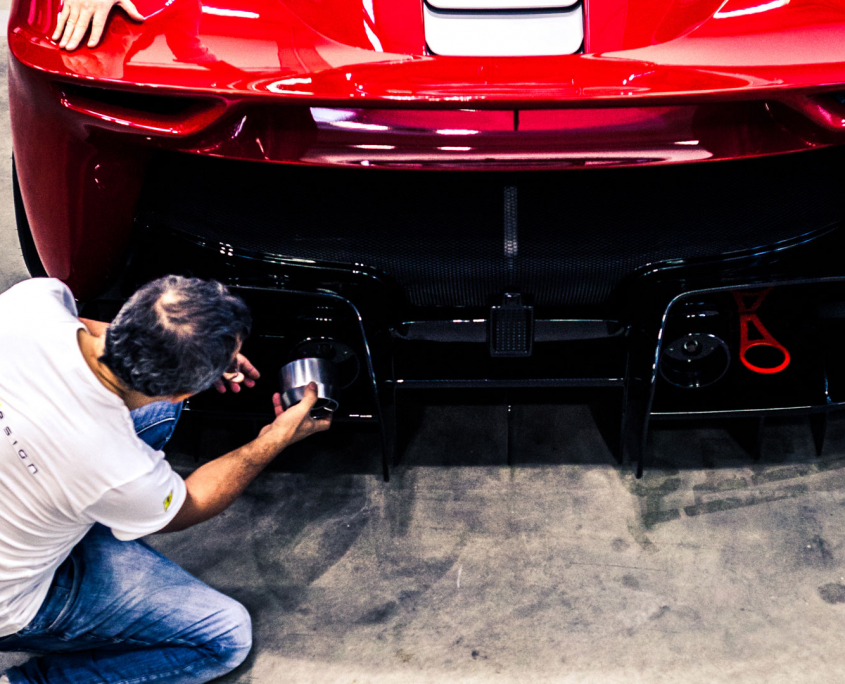 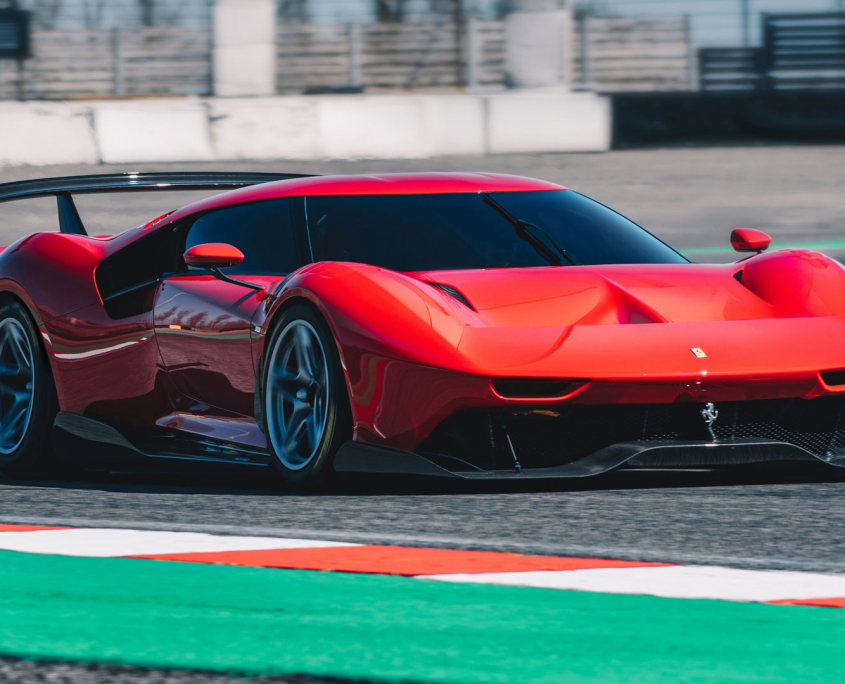 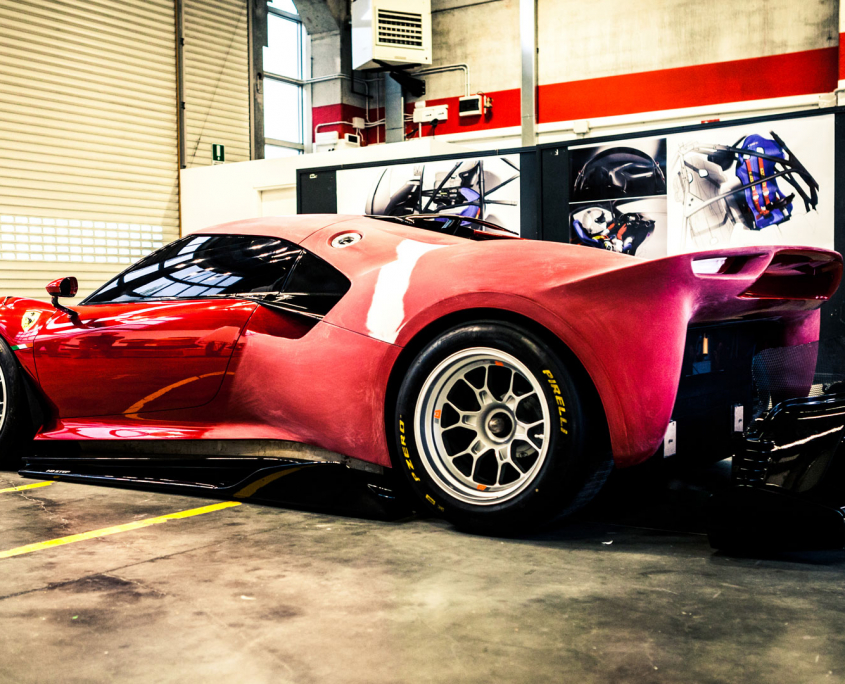 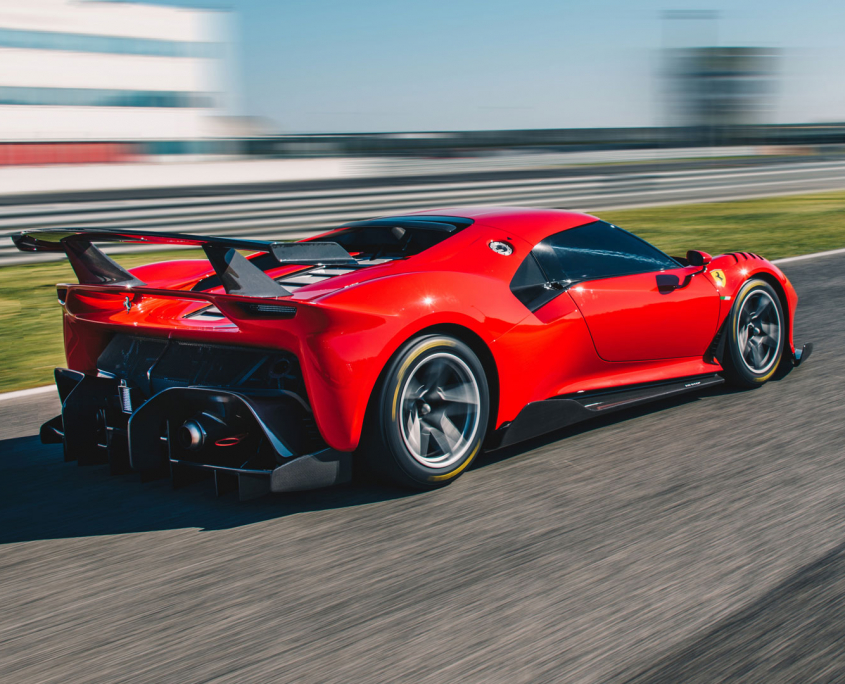