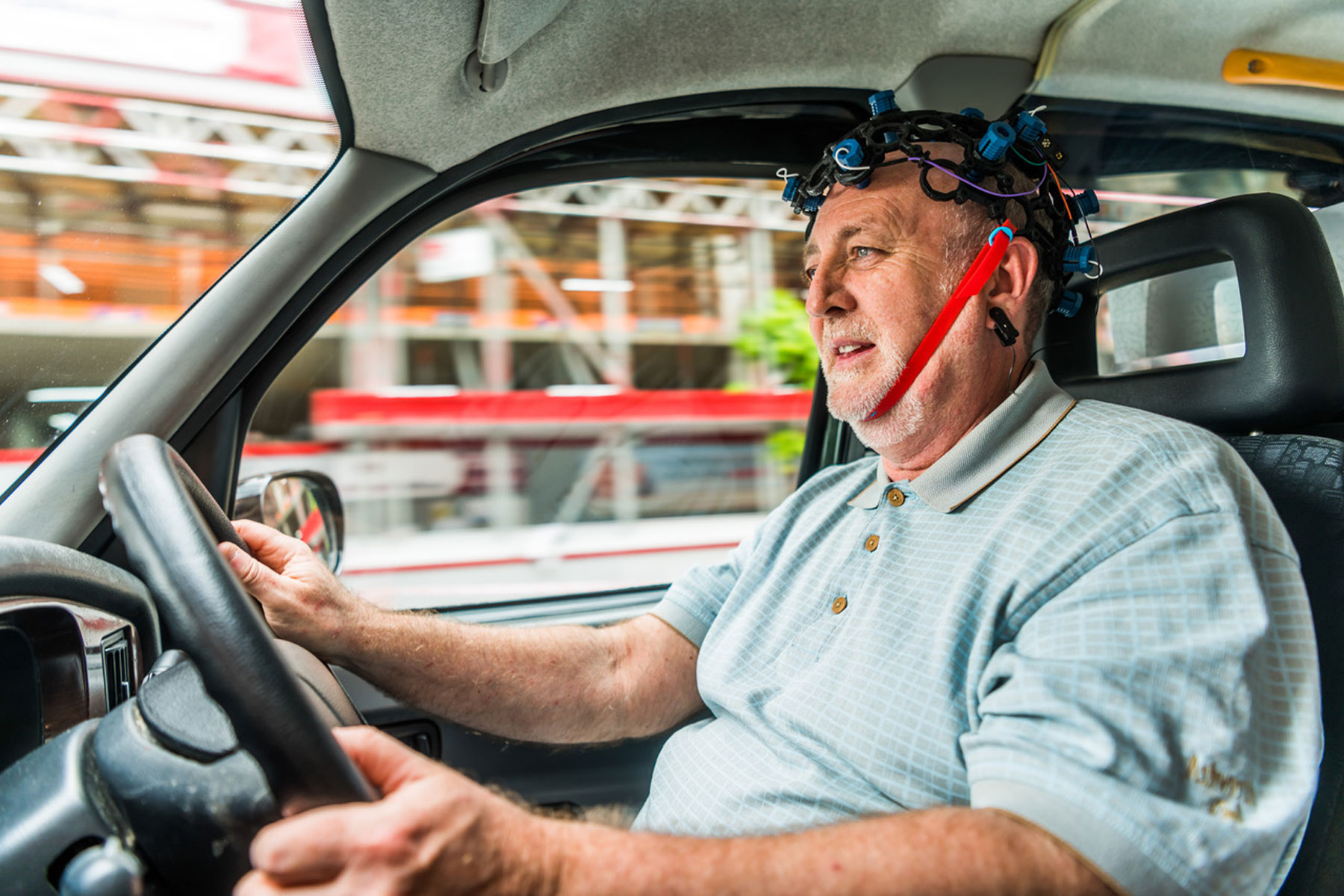 Driving an electric vehicle can have significant mental health benefits and could make you feel calmer, less stressed and happier behind the wheel. That’s according to a study undertaken by LEVC (London EV Company) in conjunction with academics from the University of York, released as part of Mental Health Awareness Week.

In an experiment designed to monitor metal health activity of drivers in both the new LEVX TX electric taxi and the previous diesel model, Dr Duncan Williams subjected four London cabbies to a series of trial drives. The aim: to find out if the quiet cabin of an electric vehicle had an effect on the wellbeing of the hard-working taxi drivers.

The electroencephalogram – or ‘brain cap’ to us non-scientific types – monitored brain activity over a set route through London, providing insight into the differing mental states between drivers of electric and diesel vehicles. The caps do little for your street cred behind the wheel, but they might help lower the stress levels on the streets of the capital.

The results were pretty conclusive, with drivers of the electric vehicles showing a higher level of concentration, particularly when waiting at traffic lights. Heart rates were found to be considerably less variable than in the diesel taxi, while drivers reported increased happiness. Clap along if you feel like happiness is the trurth.

Dr Duncan Williams (no relation to Pharrell) said: “This study proved hugely interesting. The drivers all reported being calmer, less stressed and happier in the electric taxi than in the old diesel model. Traditionally those feelings would correlate with more Alpha brain waves, which are a good indicator of relaxation. But when we looked at the data, the drivers’ showed more Beta brain waves, an indicator of mental activity and attention.

“What does this mean? Well, the study suggests that the quieter driving environment allowed cabbies to be in a more concentrated state of mind. In other words, by removing the noisy diesel engine rumble, they are perhaps freed up to get on with driving in a more focused, but calm way. It’s a fascinating result and, given the movement towards electric commercial vehicles, shows there are even more benefits of going electric than we might have previously thought.”

As you’d expect, Chris Gubbey, CEO of LEVC, was quick to extol the virtues of driving a ‘leccy cab, saying: “Our aim with the TX was to make the world’s most advanced taxi, a vehicle that would not only help reduce urban air pollution but improve comfort and convenience for passengers and drivers across the globe. We are delighted to find we have made a vehicle that is now proven to also make cabbies’ working lives better.”

The all-new TX is powered by an advanced electric powertrain with a small back-up petrol generator, giving a range of up to 377 miles including an all-electric range of 80 miles. The TX also boasts USB ports, on-board wifi, a pananoramic roof and a host of active and passive safety systems.