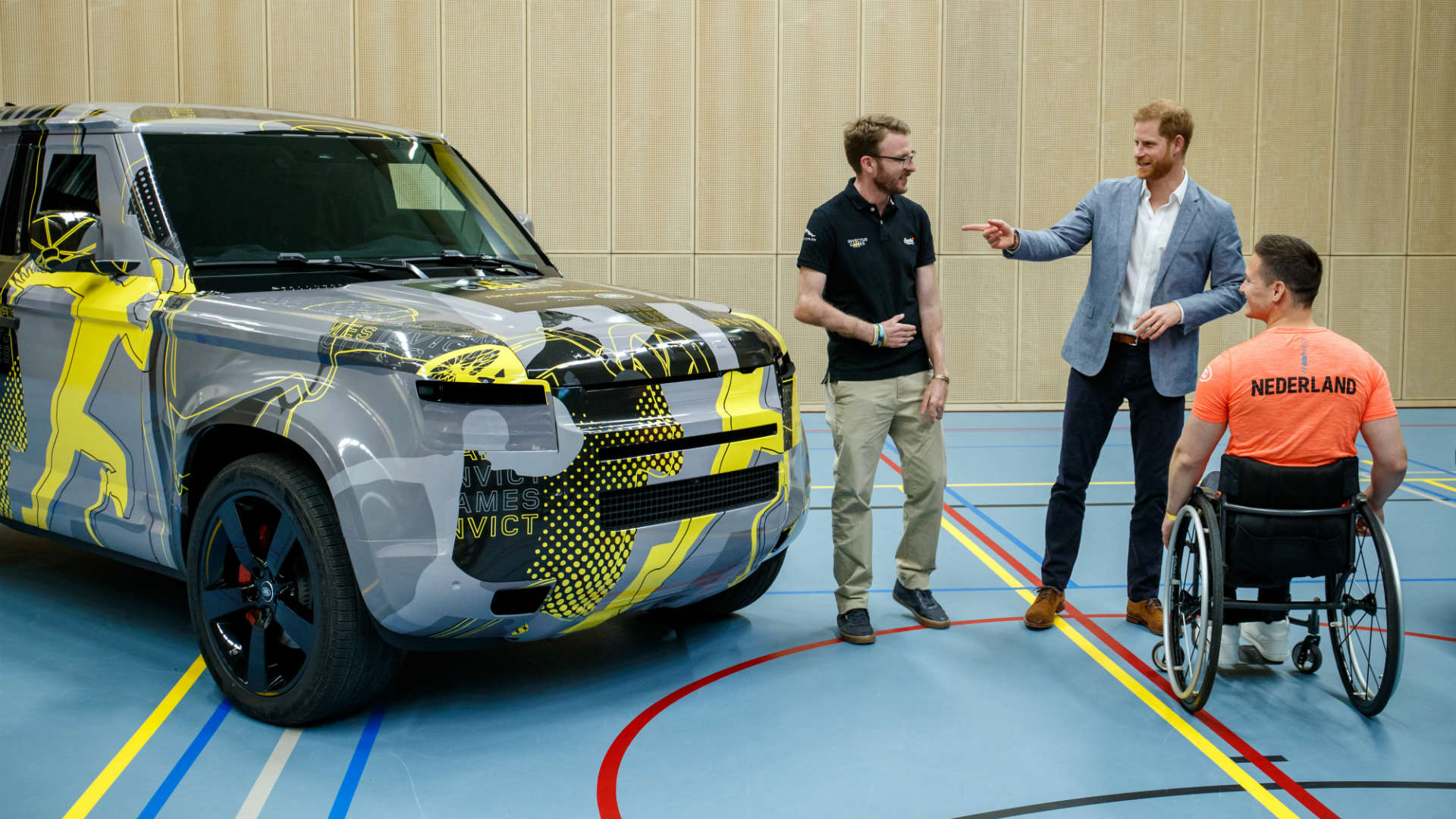 The Duke of Sussex took time out from his busy schedule as a new dad to grab an exclusive look at the new Land Rover Defender. Maybe he was eyeing up potential transport for his wife Meghan and son Archie.

The new Defender gets its world premiere later this year, but the Duke was given a tour of a prototype wrapped in Invictus Games-themed camouflage.

Competitors at next year’s event will be among the first people in the world to drive the new Defender when they tackle the Jaguar Land Rover Driving Challenge for the opening medals of the Games.

Last month, Land Rover released a series of teaser shots to mark World Land Rover Day, with the pictures showing short- and long-wheelbase versions in action both on- and off-road.

The prototype fleet has completed almost 750,000 miles of testing across the world, but although the Defender has been designed and developed in Britain, the production base is at a new facility in Slovakia.

“Having been to the US, Canada and Australia, we are excited to welcome this inspirational event back to Europe. I am so proud the competitors will be among the first people in the world to drive the new Defender when they compete in the Jaguar Land Rover Driving Challenge in The Hague.”

Anyone interested in purchasing a new Defender should register their interest via the Land Rover website. Queue jumping won’t be allowed, unless you happen to be the Duke or Duchess of Sussex.